Have you ever noticed those little red lights in the streets of Rotterdam? They mark the area of Rotterdam that was destroyed in 1940. Since 2010 the periphery of the bombardment is coined: De Brandgrens (Fire Boundary).

Next week, it will be 75 years ago that the historical city centre was destroyed. Maybe a nice moment to commemorate the harm that was being done to the city of Rotterdam, but also to ‘celebrate’ the new city if you will. The boundary is almost a cultural route through modern day Rotterdam.

On 14 May 1940 the German bombardment of less then 15 minutes destroyed the centre of Rotterdam. Because of the dry spring weather, a hard wind and not enough water pressure (the waterlines were destroyed by the bombs too) the fire lasted for days. Buildings and streets that weren’t hit by German bombs were destroyed in the fire afterwards. 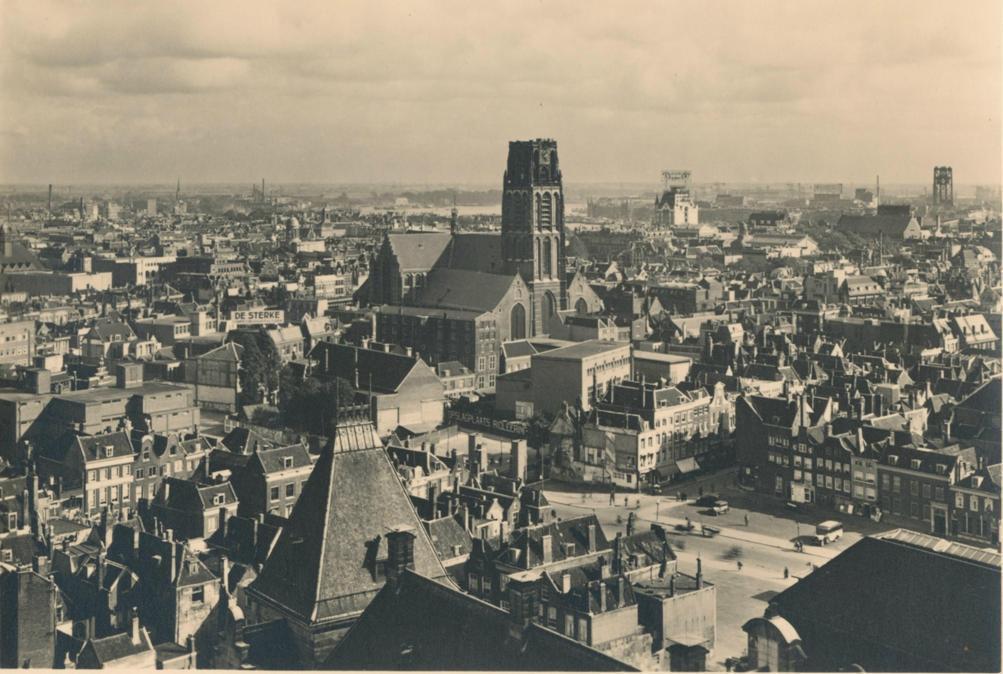 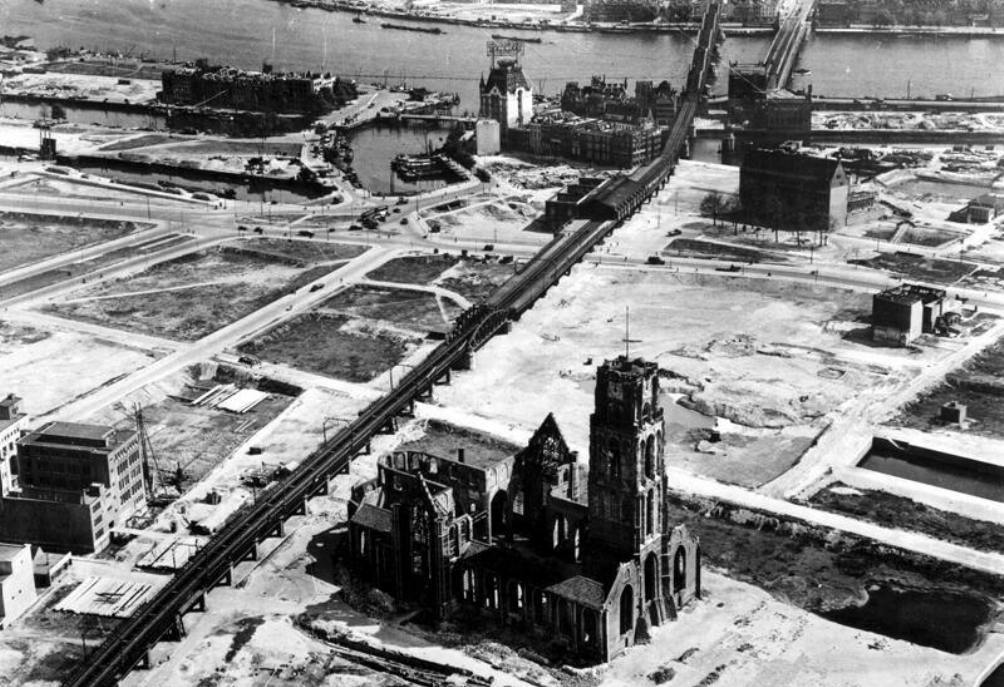 Before and after the bombing in 1940

Some facts and figures: 90 German Heinkels dropped a total amount of 96.000kg bombs. About 30.000 houses were destroyed, including the Zoo, 32 churches and 2 synagogues. 950 Rotterdammers were killed and 80.000 became homeless.

First commemoration of the Fire Boundary, 14 May 2007, image to the courtesy of Mothership 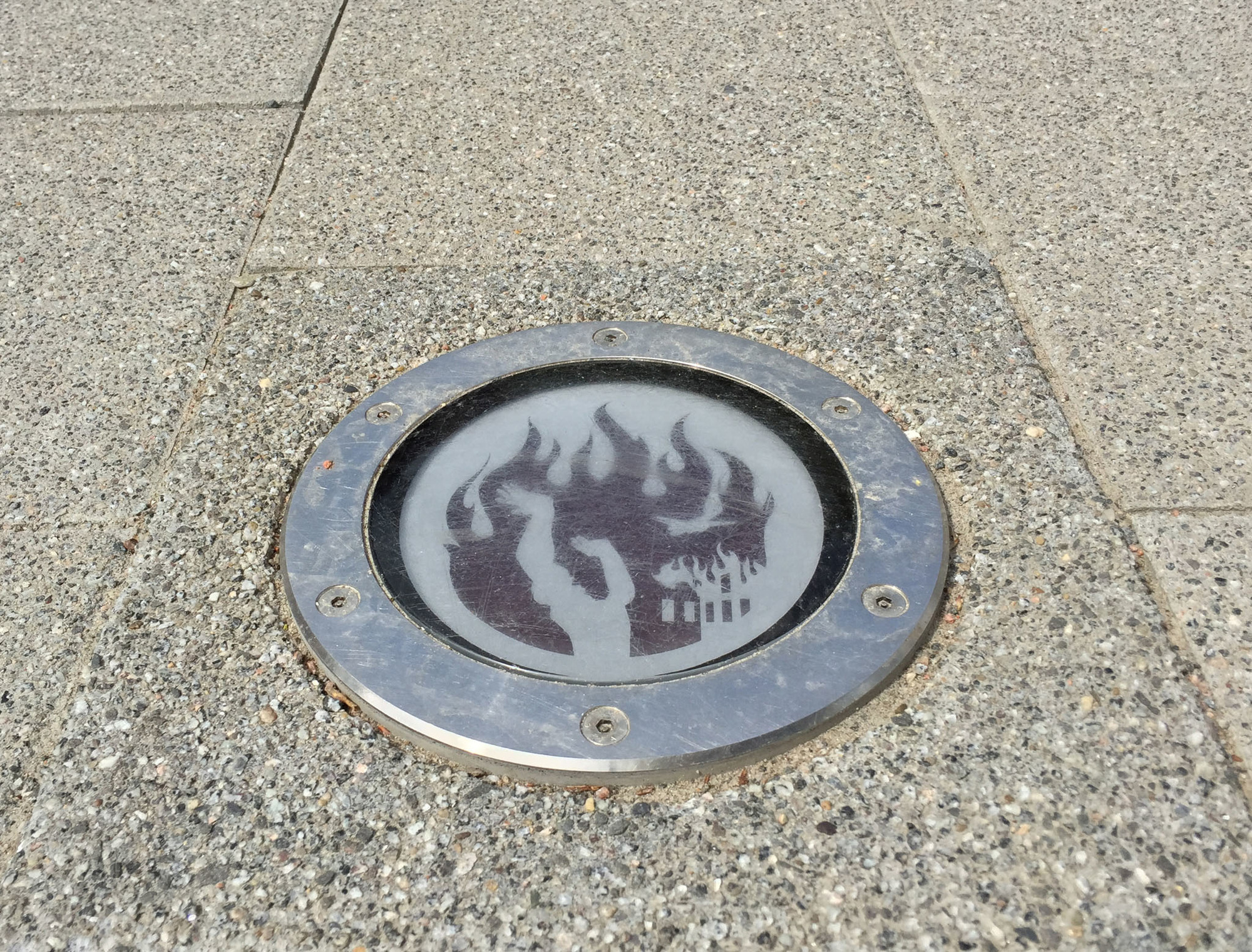 Fire Boundary light, since May 2010

As of today, if you have been around the city centre around 13:30, you might have noticed the bells of the World Trade Center carillon ringing. If you ever wondered why, it’s the time of the bombardment. Every day, between 13:27 and 13:40, they remind us of the blackest page in the history of Rotterdam.

In 2000 an initiative was taken to mark the periphery of the bombardment, to commemorate the bombing of 1940 and create a visible boundary of the destroyed area. For a few years in a row the boundary was lit by huge spotlights on May the 14th, until they came up with a permanent marking. 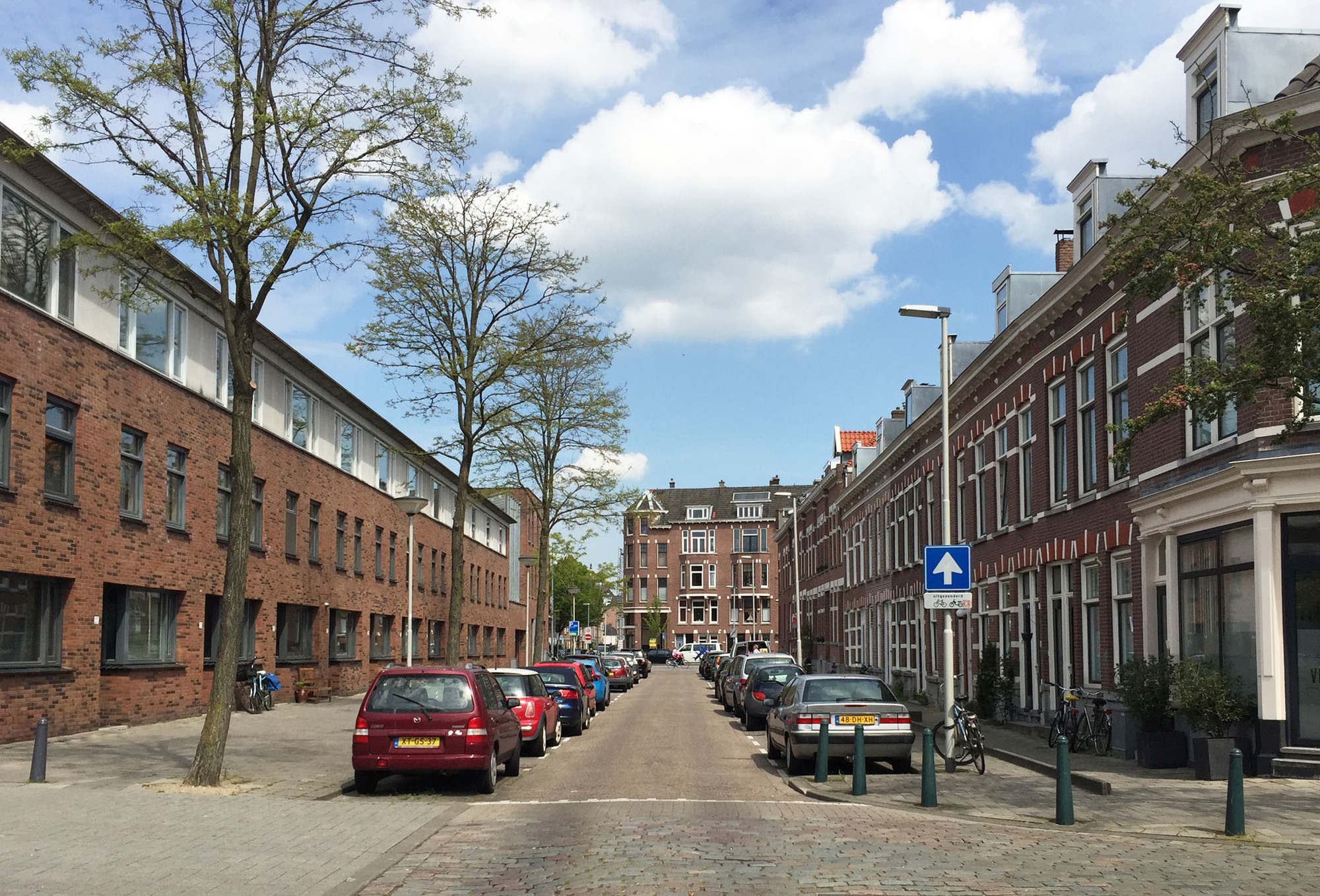 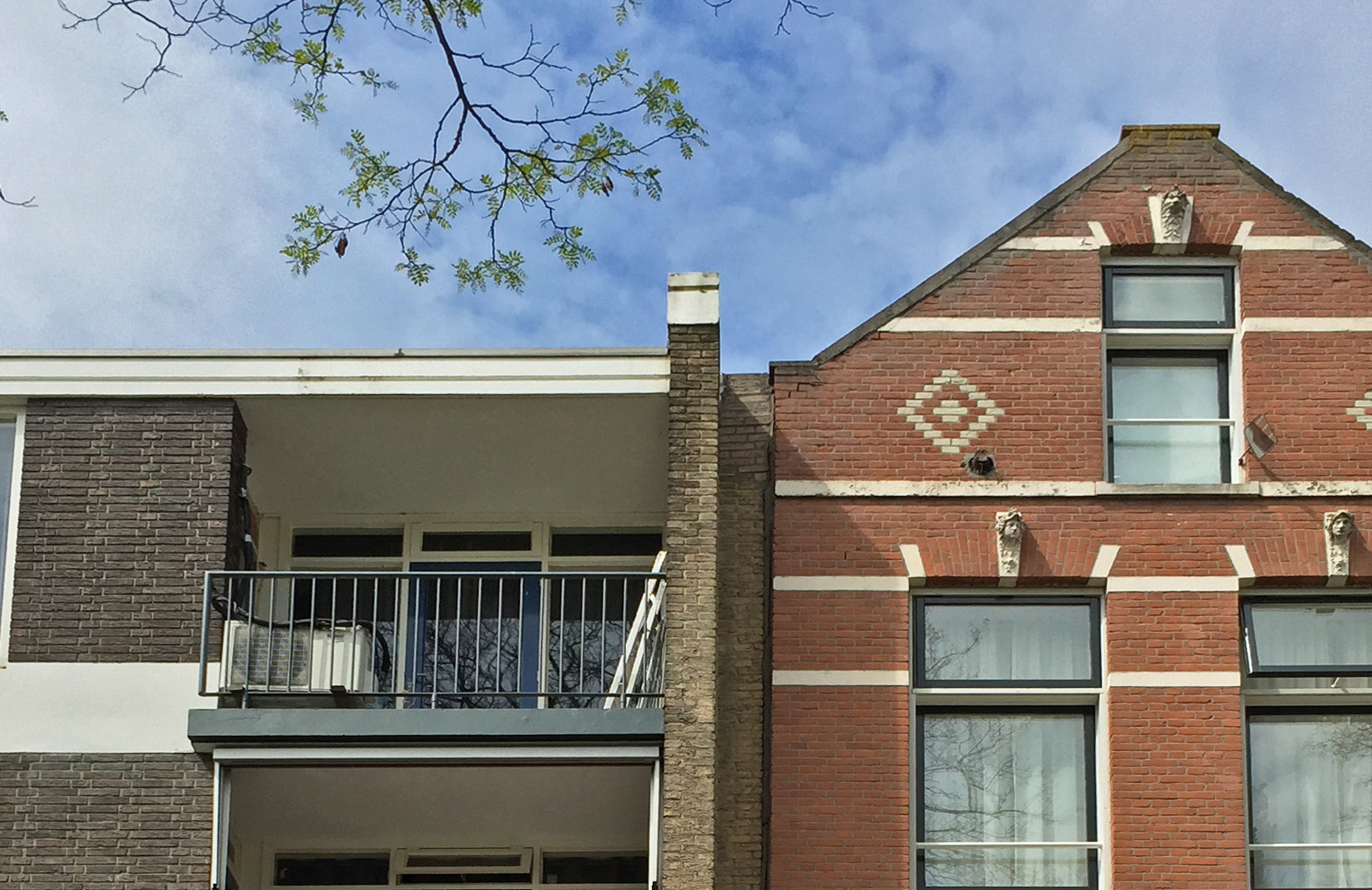 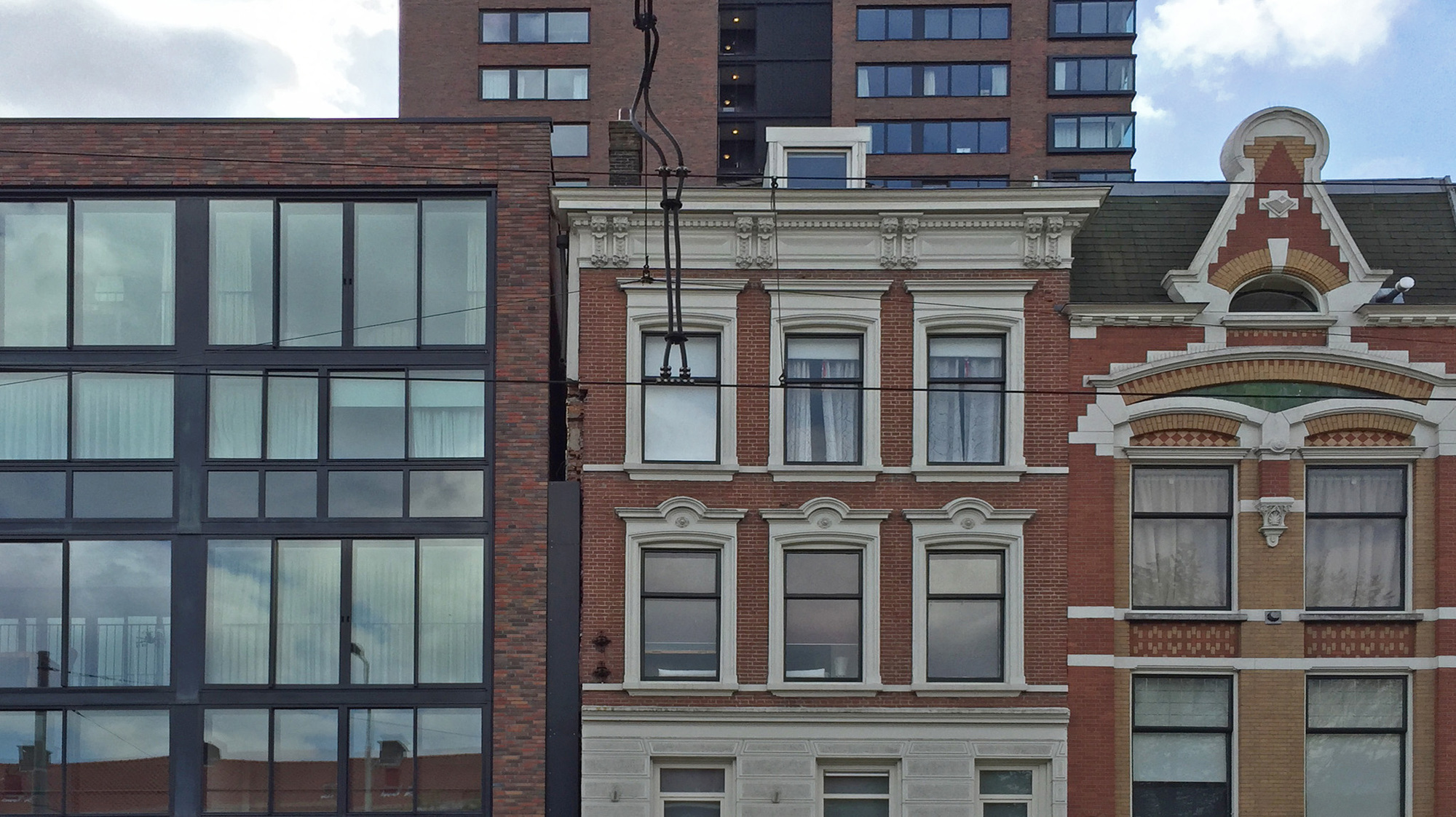 ‘An old city with a new heart’

In May 2010, 70 years after the bombing, the Brandgrens was finished. The Fire Boundary reveals a 12 kilometer long scar through Rotterdam, marked by red lights in the pavement. The red lights contain the image of Zadkine’s famous statue Destroyed City, next to flames and an airplane. 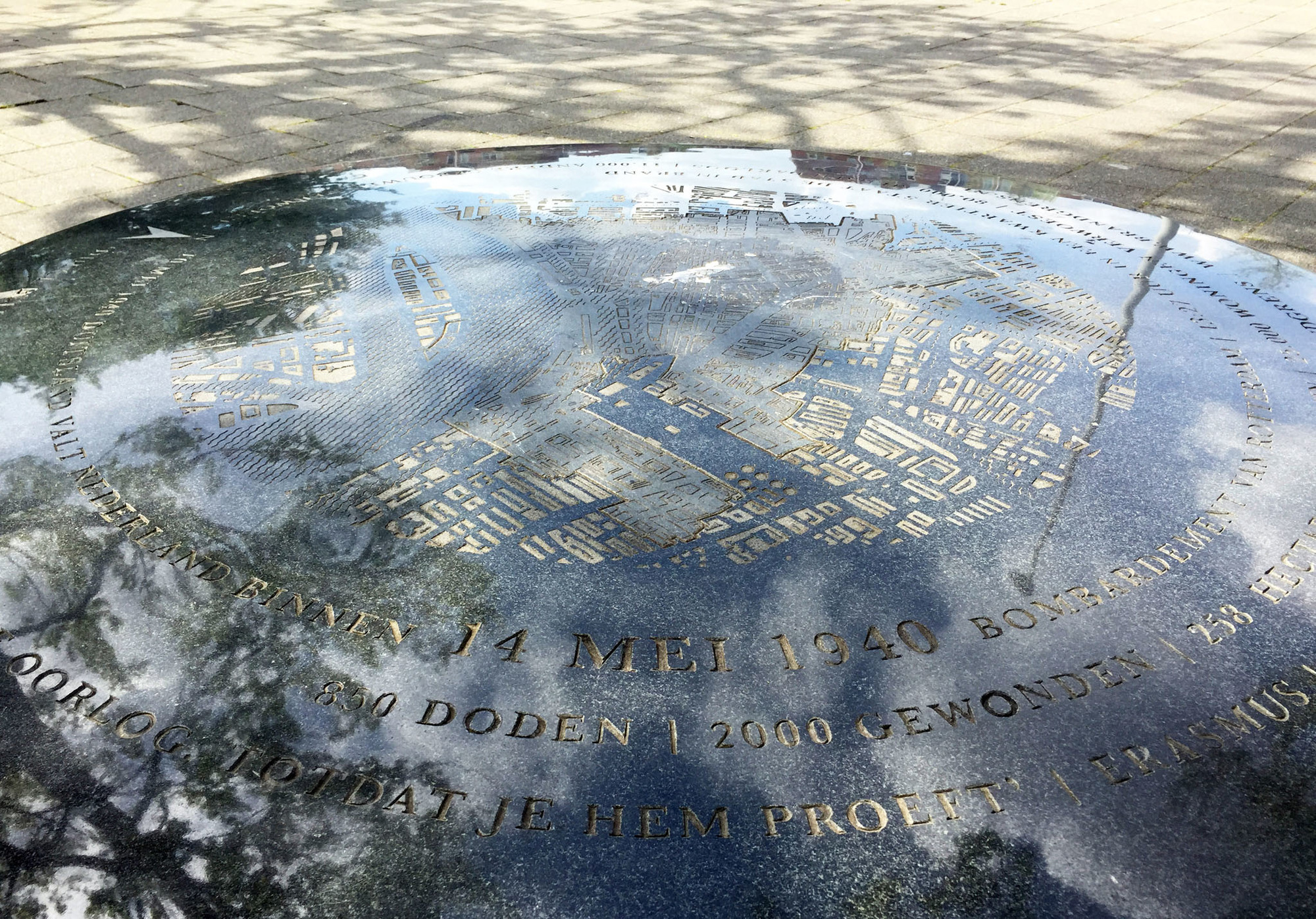 If you follow the boundary you’ll walk through the (sometimes) visible past of Rotterdam, feeling and seeing where the old city was destroyed and the new city was being rebuilt. They don’t call Rotterdam ‘An old city with a new heart’ for no reason.