A City Made By People Event Series x Zoku - Edition #25

A Valentine’s Day well spent by sharing insights on the Amsterdam we know and love. We’re back at it again with another great edition, #25!

Being a new member of the A City Made By People team, I was informed about this event and was more than excited to attend. Just a week into the job and coming to you from a fresh pair of eyes! For my first speaker event, I was surprised to see how the stories and ideas resonated with me, and here’s why:

On the 14th of February, more than 75 people gathered to listen to inspirational stories by our local speakers: Christine, Julia, Dorine, Fake, and Noa. It all started with our Master of Ceremony for the evening, Sarah Picolet, who set the tone for the rest of the night. 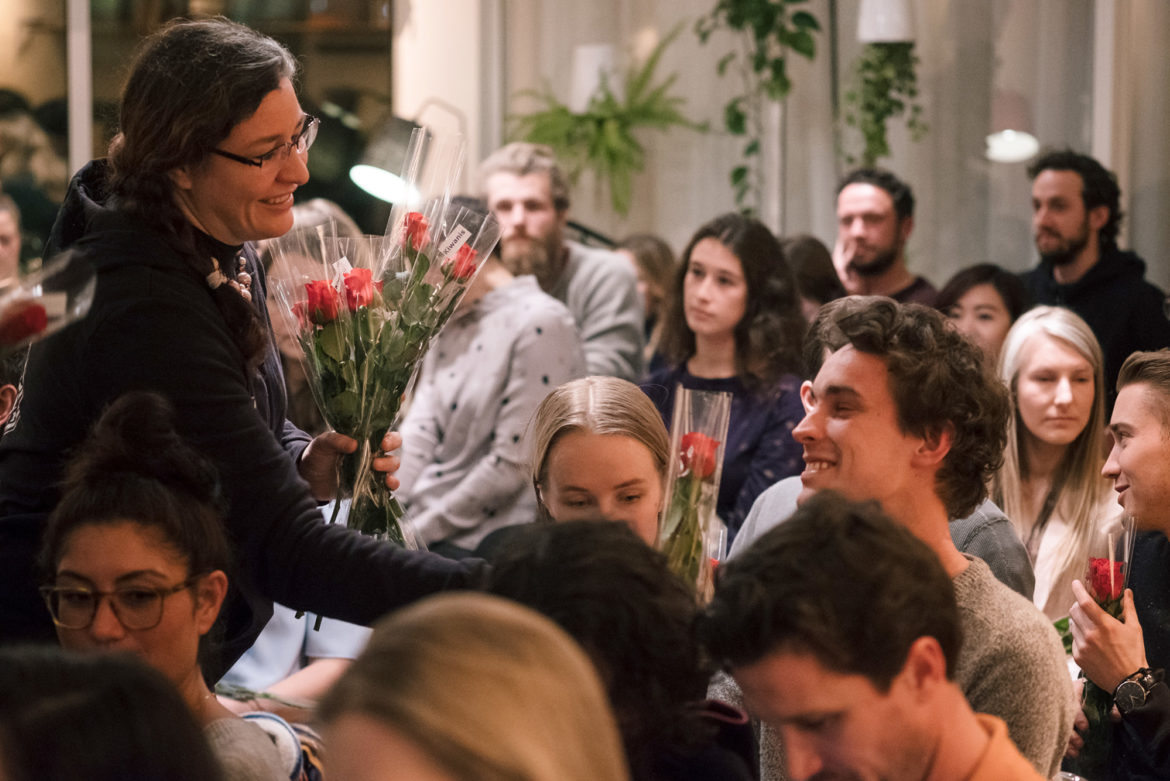 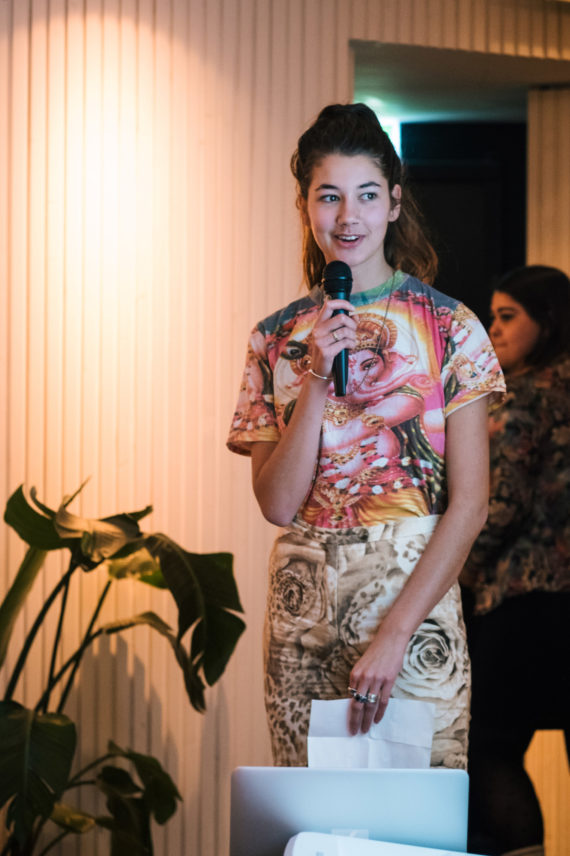 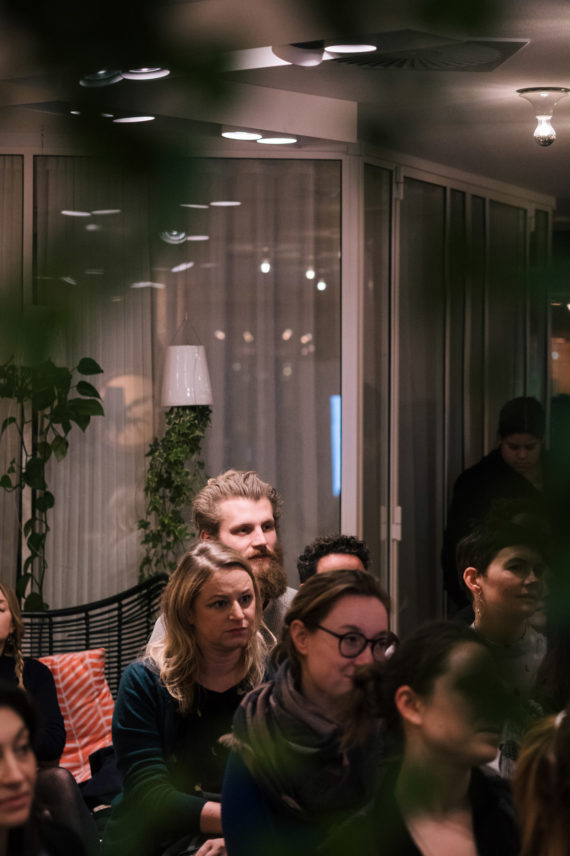 First up we invited Christine & Julia to take the floor, sharing with the crowd some insights of the TEDxAUCollege community. The organisation was founded to follow in the footsteps and overall concept of TED, through a more educational environment. Within the Amsterdam university community, TEDxAUCollege is used as a platform for its students - offering young minds with 'ideas worth spreading' a stage to share them.

“So we take the big, TED concept all the way from the U.S. and we give it more of a local twist..” - Christine 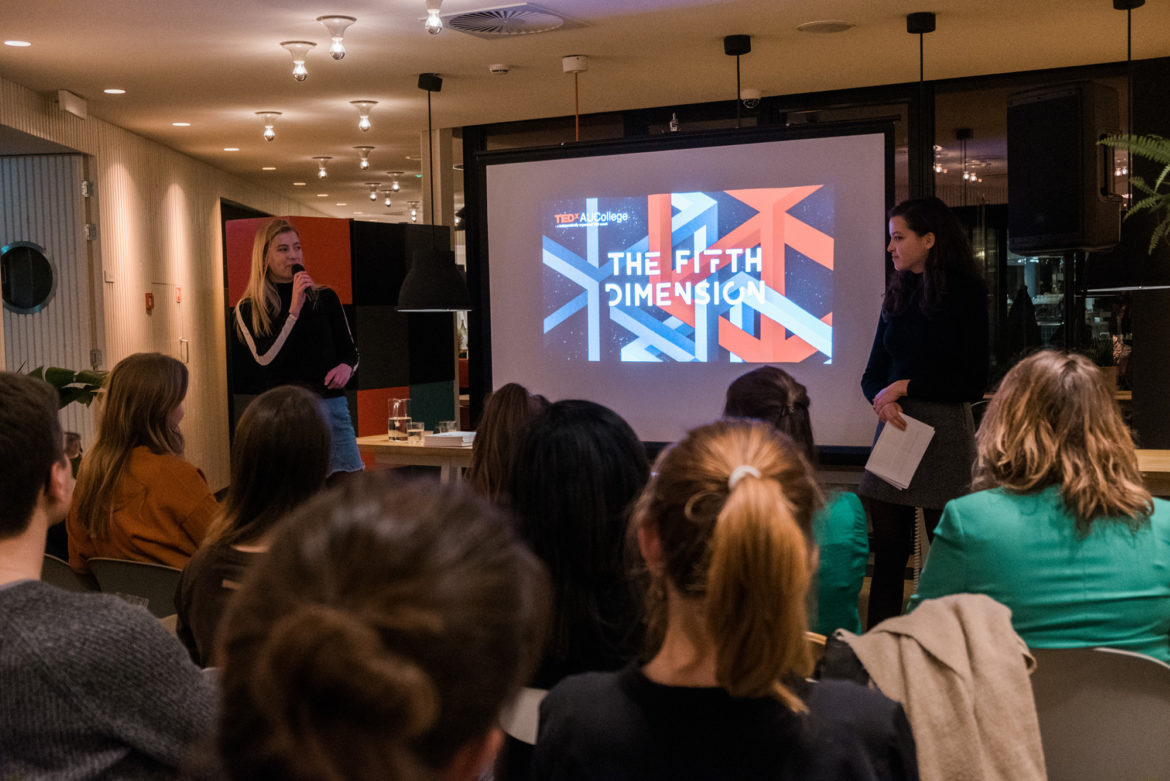 Every year their team changes, “We often call it our TEDx Baby, because it’s like this 9-month buildup to this big event and then you hand it over to the next one.” With TED's overall mission of spreading ideas, TEDxAUCollege believes this increases creativity as every year they invite new, creative minds to form the teams. 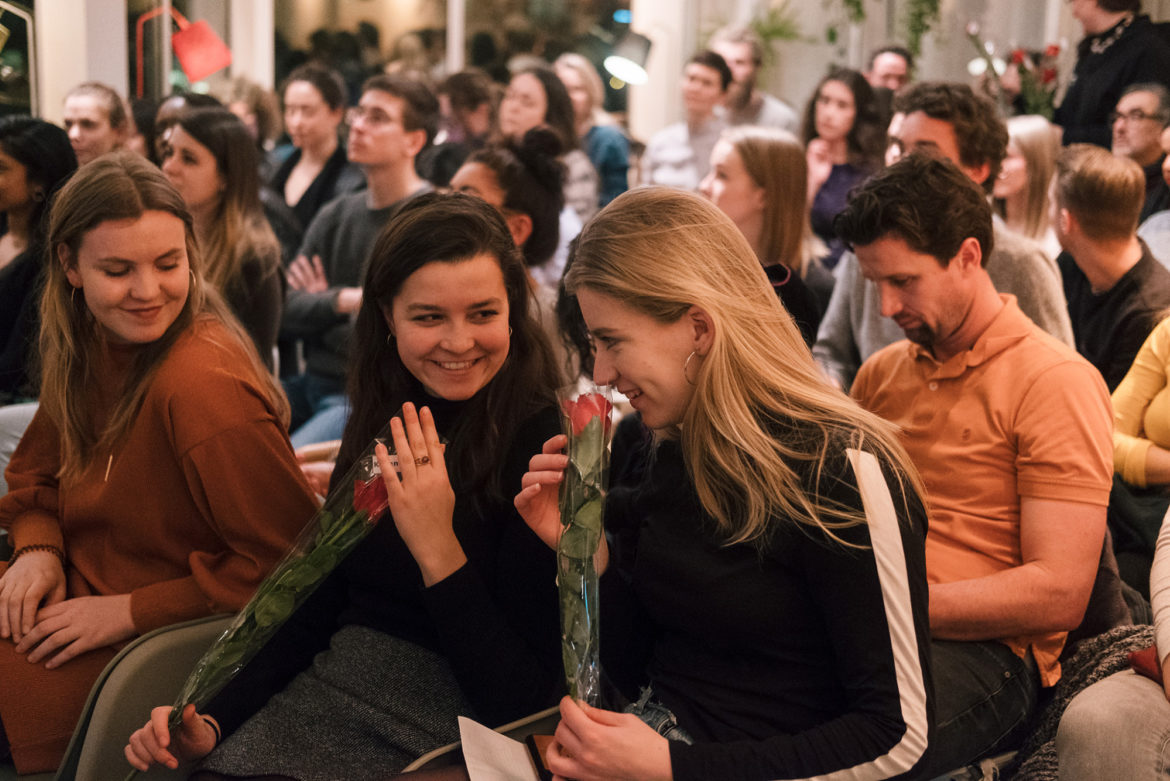 As the Communications & Community Manager of MidWest, Dorine shared with us the story of this creative gathering space located in Amsterdam West.

We know it now as the cultural hotspot for film, music, theatre, and workspace all found in a classical school building. But before that, the organization consisted of just a few passionate group of people, waiting to kick MidWest off the ground. Dorine told us the important journey of MidWest: how this bottom-up developed organisation came to be, how its genuine and true supporters were able to help bring life into not only the MidWest building, but MidWest community as well. 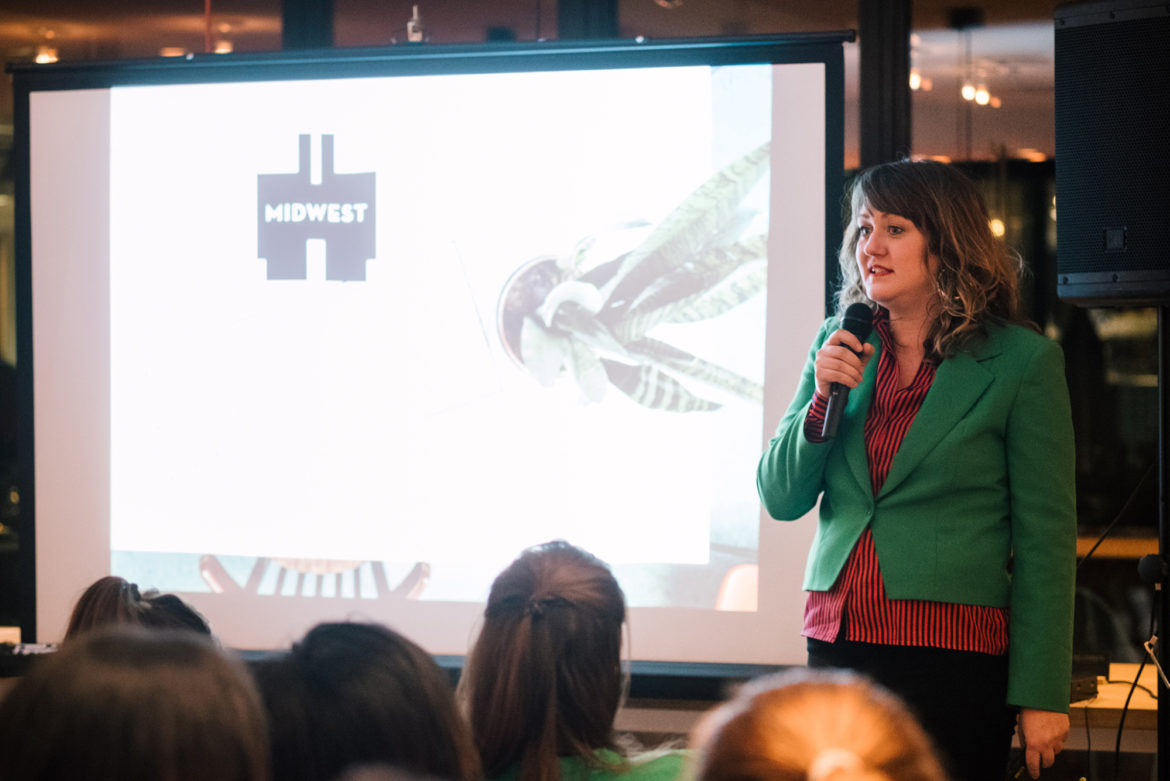 “This city was meant for everyone, not just the highest bidder.” - Dorine 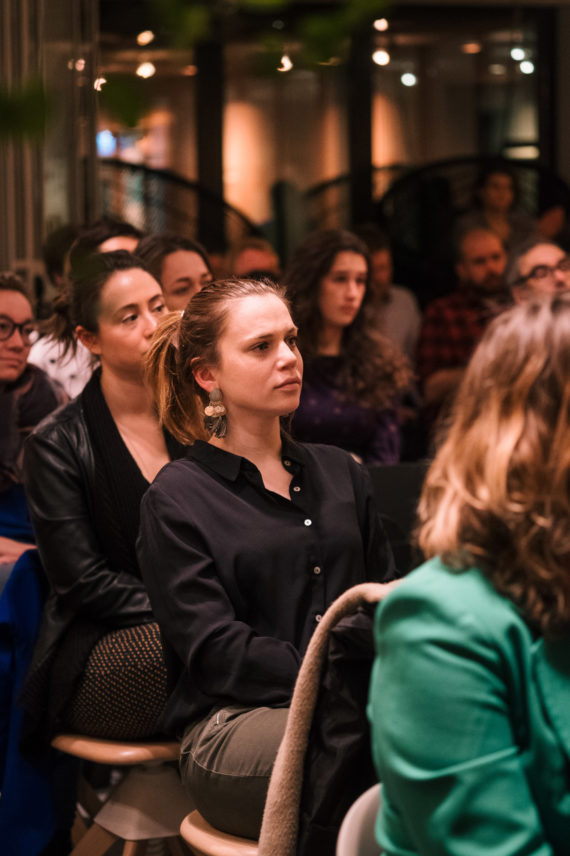 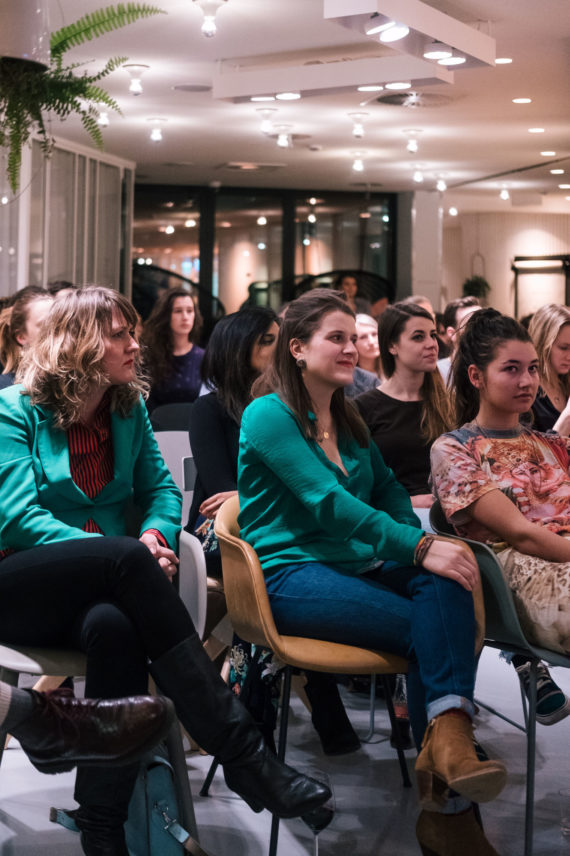 On this Valentine's evening, Kiwanis Club Amsterdam were invited as a little surprise to our attendees. As a service club focused on local impact projects that help children, Kiwanis shared with us their Roses Project: handing the general public (or in the case, the crowd) roses in exchange for not only donations, but the chance to share their story. 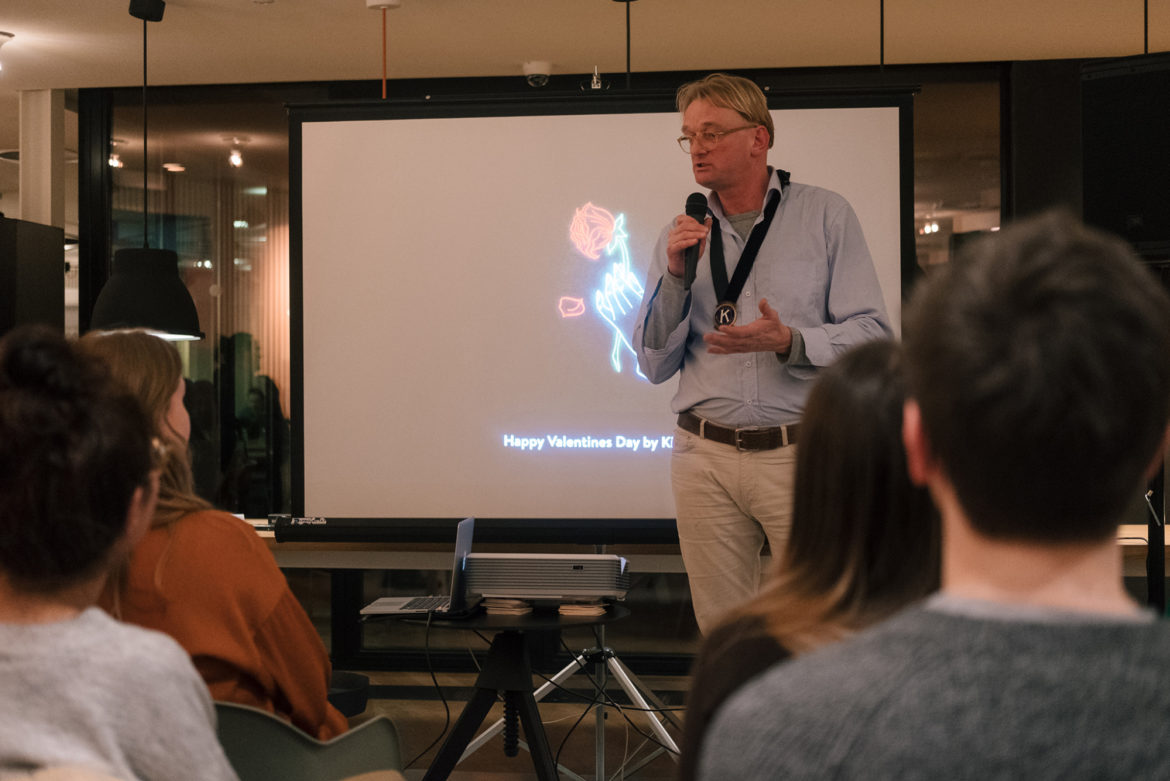 Club President Fake Nieuwenhuis told us more of the organisation itself and their projects, including one where the creation of plain dolls are made by children with disabilities, for which Kiwanis purchases from them, then donates to hospitals in Amsterdam. These specific doll allow doctors to explain and show children what is or will happen to them, helping to ease their anxieties.

With 335,000 followers on Instagram, Noa’s street harassment project is still on the rise! Although stalled, @DearCatcallers has caught the attention of thousands due to the powerful message it sends: 'Dear Catcallers, it's not a compliment.'

“I started this project because I thought that catcalling was a very weird phenomenon. And since a young age I felt really awkward with it and I never had the answer.. It always felt like a power game, where they could just say whatever they want and I cannot say anything back, and they know it.” - Noa 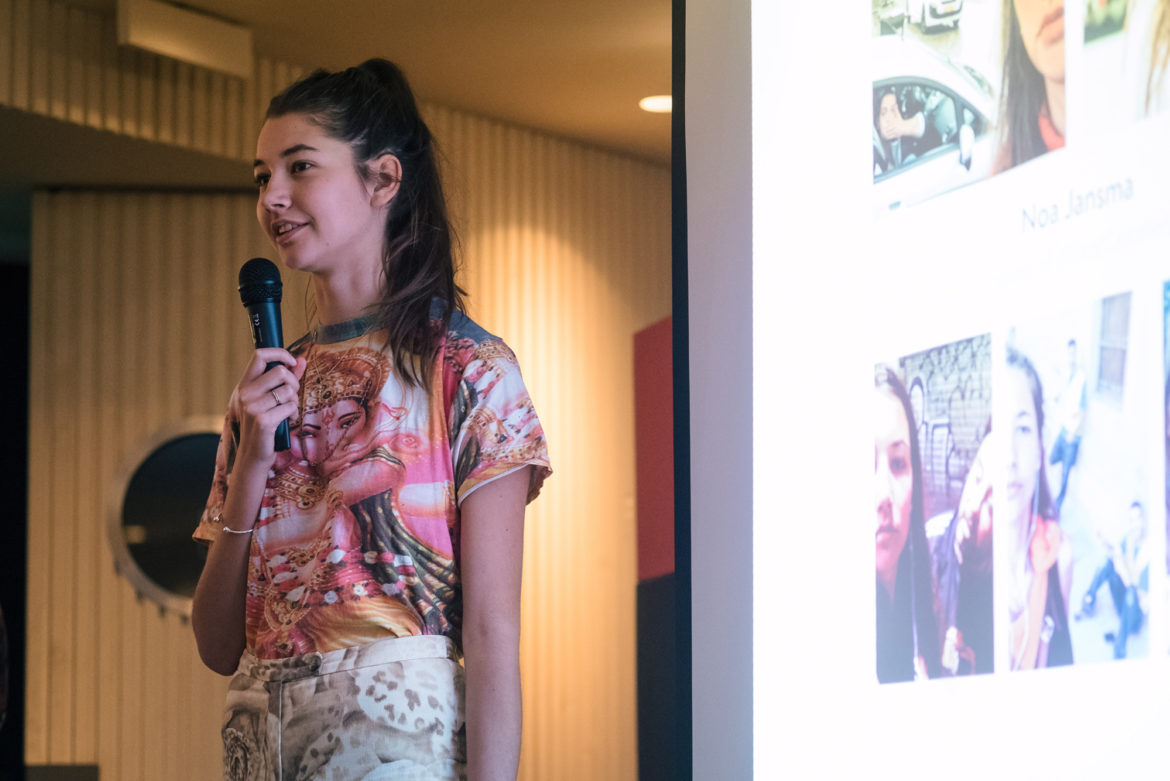 Noa shared with us stories of her encounters with her Catcallers: how she was able to approach them, ask for a selfie, post it on Instagram, and spark heated debates with thousands online. The audience was captivated with Noa's stories, with how she was able to battle lawsuits and online haters for raising awareness on the daily objectification of women. 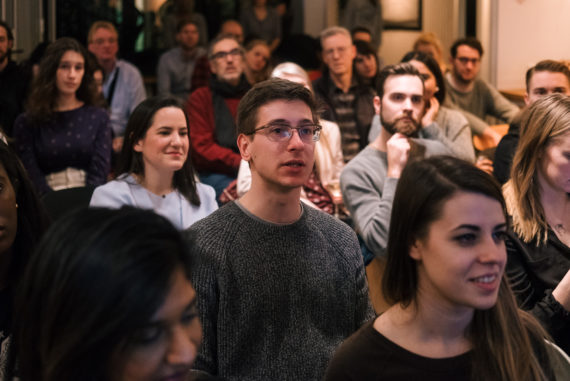 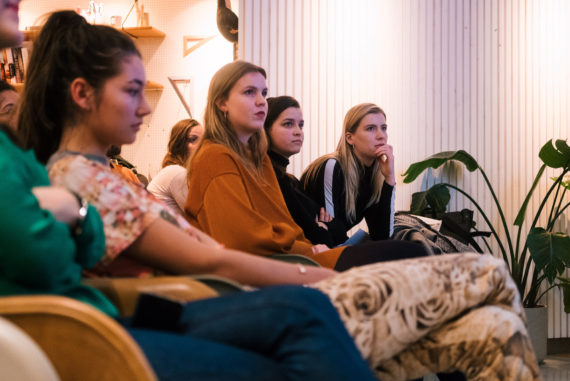 Overall, my first A City Made By People event was very insightful and fun. In my eyes, it seemed liked a relaxed gathering of passionate and creative minds, coming together to share ideas and knowledge over some chilled beverages. Not to mention the atmosphere allows people to freely express their ideas, opinions, and passions, which meant a lot of people stayed behind to connect with one another.

We'd like to thank our friends at Zoku for always providing a beautiful and cozy space. We're also ever so grateful to our speakers and attendees, thank you for joining us for Ed. #25!

And for those of you who'd like to catch us next month, mark your calendars for the 21st of March. You'll find us, our print journal, and a new batch of inspirational speakers next time around, hope to see you there! 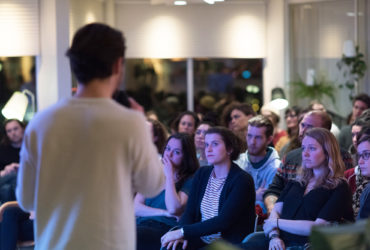 A City Made By People Event Series x Zoku - Edition #24 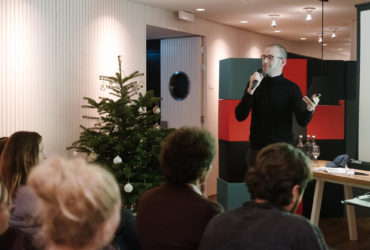 A City Made By People Event Series x Zoku - Edition #23 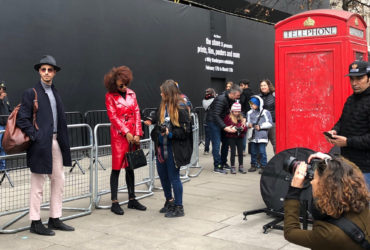