A Collection For The Public

Rotterdam has a new prestige project. After the continuing success of 'De Rotterdam', and this weeks opening of the Market Hall (Markthal), it's time for something new. Something that suits Rotterdam; a project that is not only there for its own benefit, but also for the city of Rotterdam.

A project, an object, both in the fields of architecture and education, that will contribute to the (further) growth of the city and its residents. And above all, something that is practical.

Or as the people in Rotterdam say : "cut the crap” (niet lullen maar vullen). As a result: The Collection Building. 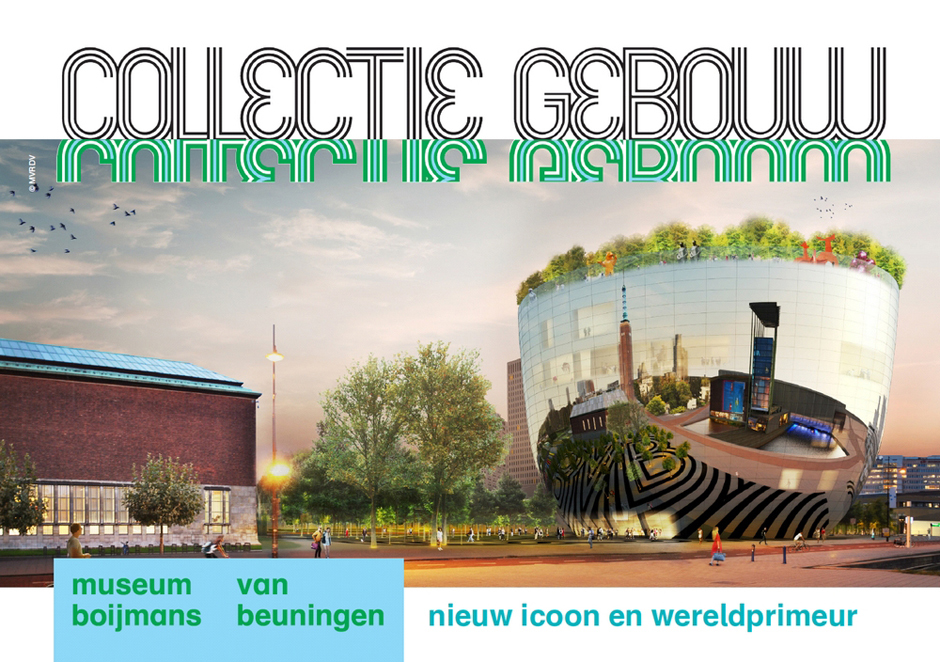 A shortage of space
Almost all museums are experiencing storage problems: many paintings, many depots, but all out of sight for the people to be admired. And the Boijmans van Beuningen Museum, housed in the Museum Park , has found a solution for that problem.

A publicly accessible art storage with room for 70,000 works. A place where the whole collection of the museum can be exhibited. The Collection Building was designed by architect Winy Maas of MVRDV, who also designed the Market Hall. 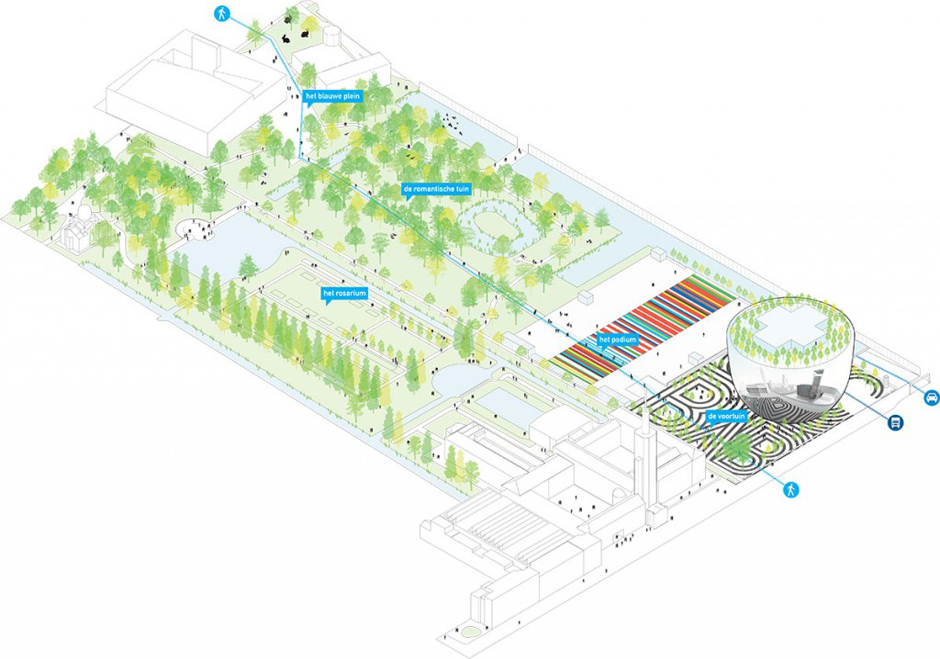 Imagery to the courtesy of intender.net

Winy Maas's description of the Collection Building:
“A publicly accessible storage facility is an unprecedented phenomenon. Usually such facilities are hidden on the outskirts of the city. This is a daring initiative, which will attract the attention of the entire museum world. It will give Museum Boijmans Van Beuningen more space and allow it to building upon its international reputation.

The Collection Building will be sited on the gravel terrain at the northern entrance to the Museumpark. In order to retain as much parkland as possible, the Collection Building by the design of MVRDV has a minimal footprint, is designed as a compact circular volume and has glazed cladding to reflect the surroundings.

The building will therefore be less visible and will partially merge with the environment. Where necessary the reflective surface will be ‘erased’ for transparency and to negate disturbing reflections.” 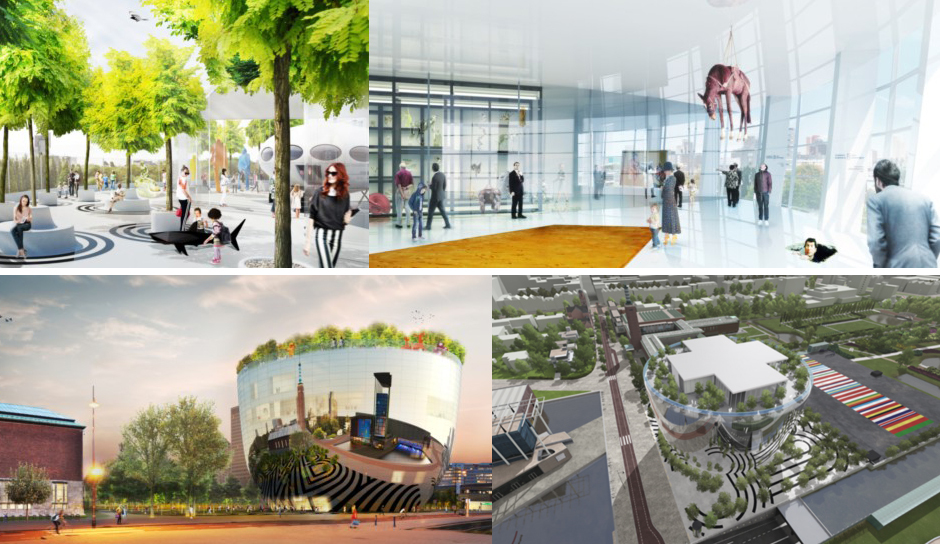 Imagery to the courtesy of rotterdam.nl

A Fishbowl
The shape of the building, has already received the nickname Fishbowl. According to MVRDV: "the surface area of the façade. Promoting compactness and energy efficiency. The building will provide an organic route through the park for visitors. The rounded volume will allow greater views of the Museumpark, which will be intact as much as possible.”

We think that this type of design will upgrade the gravel terrain next to the museum. It will put the Museumpark area more in sight of the tourist and at the same time will help the museum to be able to expose every work it has.

The way the design is made will create an illusion around the Museumpark. A sort of dream-building which reflects not only the buildings surrounding the Collection Building, but also every day life. For example popular events like Square Cinema (Pleinbioscoop), Swan Market, en the Parade (De Parade).

A city made by people
This building is not only designed for its city’s residents, but for everyone who will visit the city of Rotterdam. It is built by the people, financed by the people (Stichting Verre Bergen), and it will allow the people to see all the hidden treasures of Museum Boijmans van Beuningen.

But for its utmost, it will make Rotterdam more beautiful than it already is. This building will keep Rotterdam on track for being outstanding in bringing new architecture to the Netherlands. We can’t wait to visit the Collection Building. But first we have to wait for the city council in May 2015 to vote in favour of the project.

Find here some rightful inspiration to why this building needs become a reality:

Lets all wait, see and hope for the best!