Montreal correspondent Johann takes us to the hottest place on a Saturday night: Baron Samedi.

“Damn this fried chicken is good!” shouts my friend, licking his fingers with an eye on his next bite. We’re at Baron Samedi, a Louisiana-themed bar in Montreal’s Rosemont neighborhood.

A pretty unique spot, this bar is an hommage to Baron Samedi, one of the spirits of Haitian Voodoo. Known for his obscenity, debauchery, and particular fondness for tobacco and hot pepper-infused rum, he is the inspiration behind this popular hangout. Here, creole meets cajun, and good times means indulging in spicy and greasy food washed down with cocktails and refreshing beers. 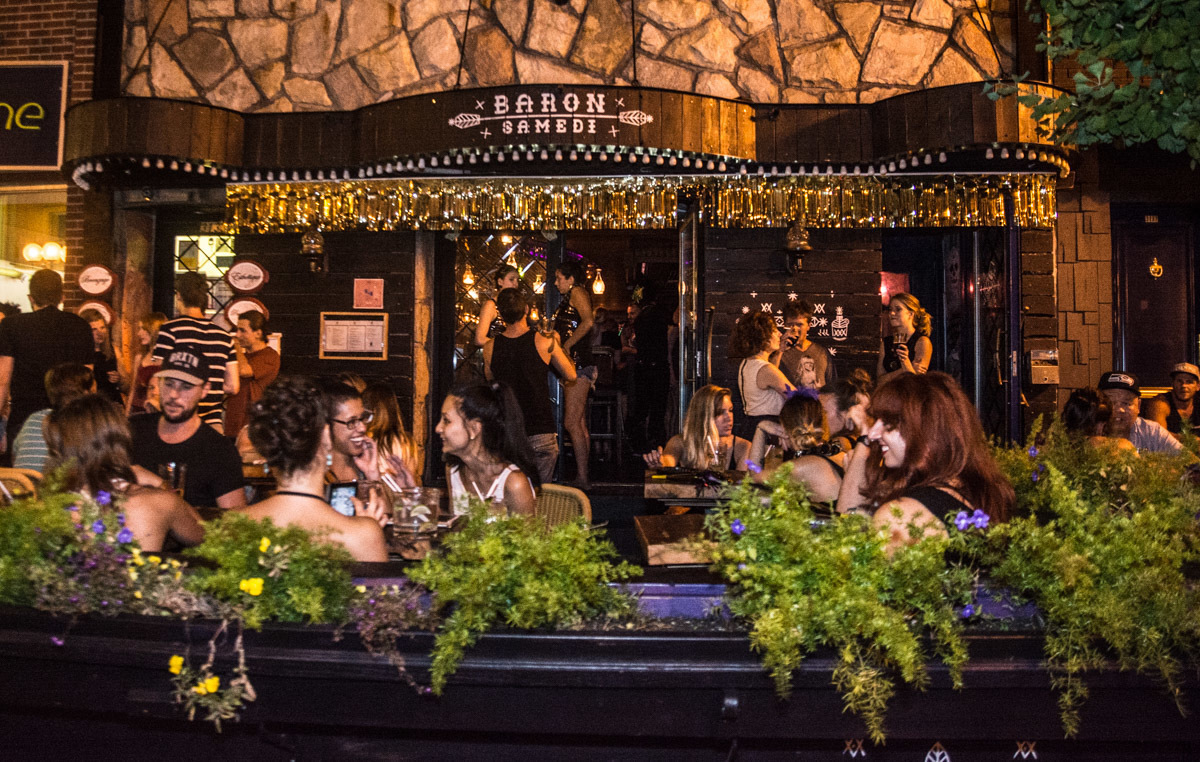 Tonight, the bar is hosting one of its storied evenings, its fourth 'International' Hot Sauce Competition. I have witnessed two of the previous events, and so I know better than to participate, being a sane man who knows his limit.

You need to be a real expert (if pain tolerance can be considered an expertise) or completely insane to go through this unpleasant experience. 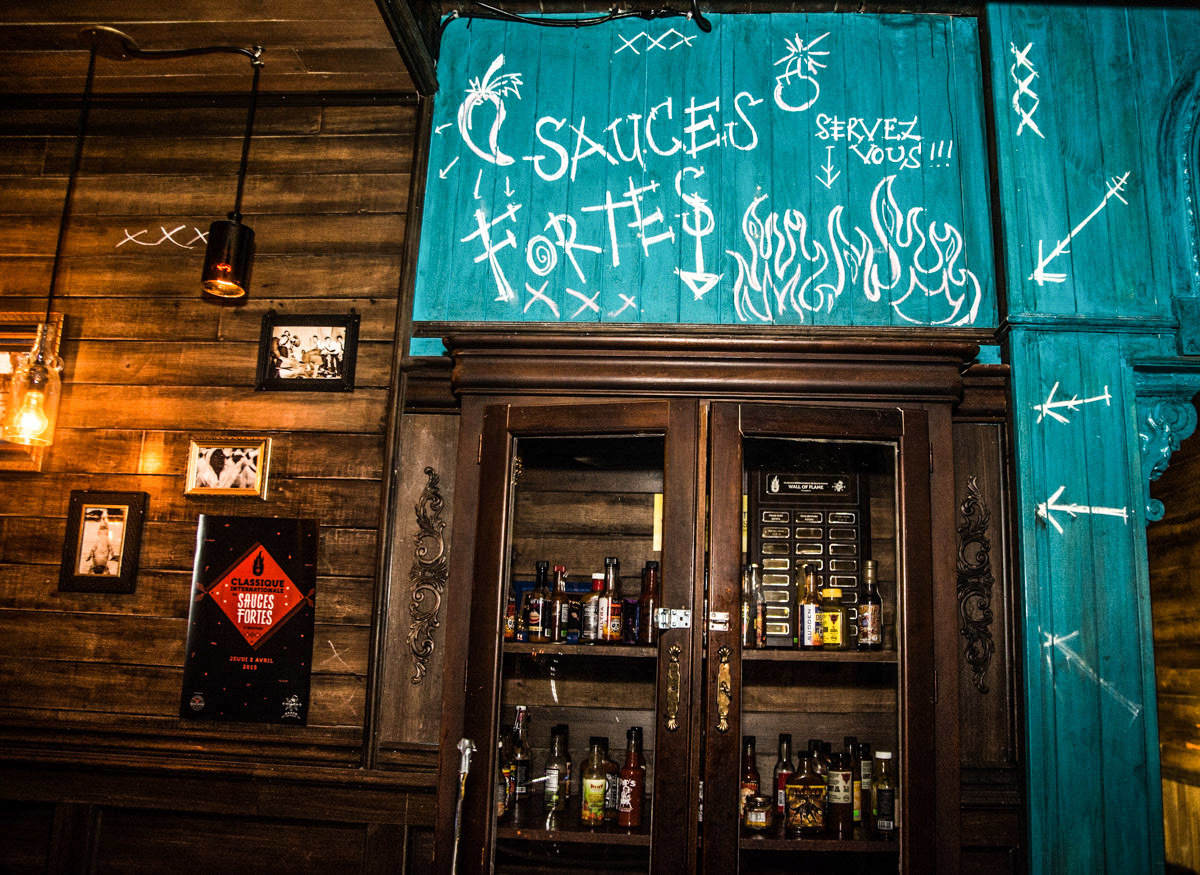 But for this avid crowd looking to observe and cheer on the hot sauce gladiators, the suffering is unusually entertaining. Twelve men and women are gunning for the crown on this hot and humid summer night, and none seems to know what to expect.

The rules of the competition are pretty simple: eat an entire chicken wing covered in hot sauce to advance to the next round. Each round means another, hotter sauce, until the last man (or woman) is left standing. 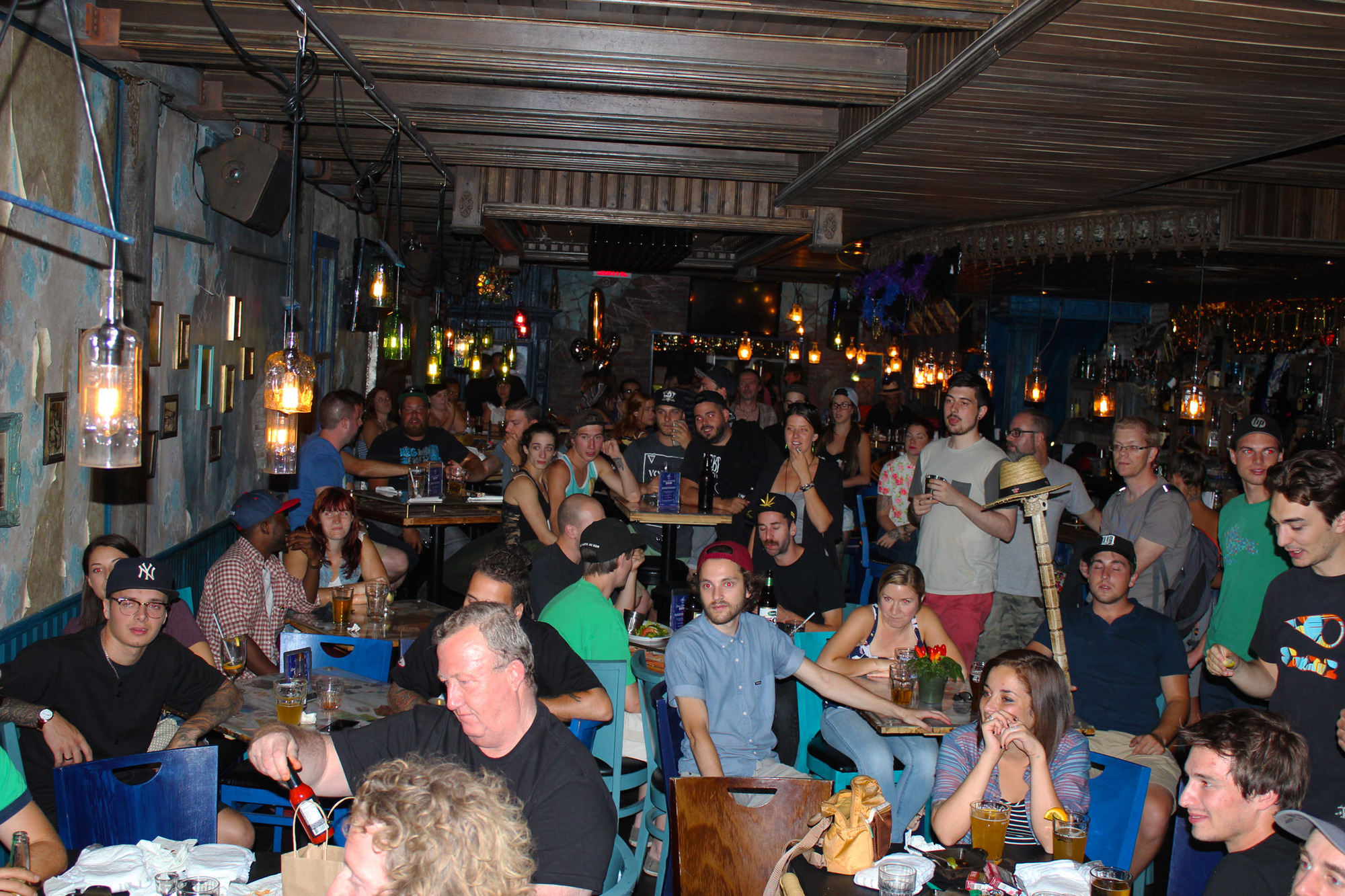 The judge for this fourth edition is local chili-head Claude Dubé, who runs a Youtube channel devoted to everything hot sauce-related. Winner of Baron Samedi’s very first competition, he is now one of the bar’s legends. Upon his arrival, spectators and participants give him a generous round of applause.

Although he is still a taking part in this competition, he can’t officially win because the rules state one can only claim this fiery victory once (a rule that seems like it was designed mainly to prevent Claude from owning this every single time). And quite frankly, he would. 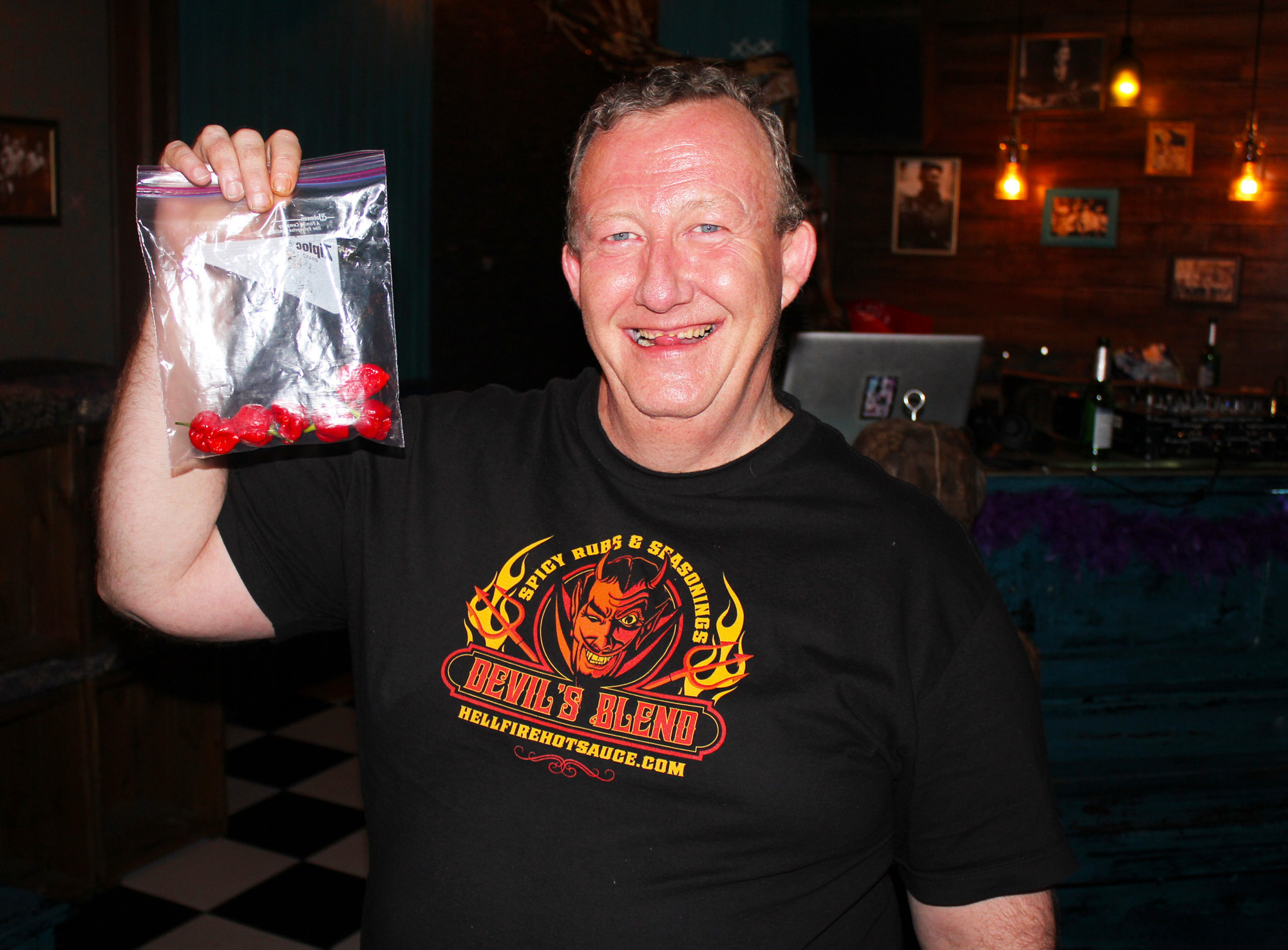 In the heat of the race

As contestants suffer around him, Claude awaits the next sauce with a big smile on his face. To put this in context: the Scoville scale, which measures peppers’ heat, puts Tabasco sauce at about 600-800 and Sriracha between 1,000 and 2,000. In this competition, the first sauce is 50,000 on the Scoville scale, while the last one clocks in at (a totally crazy) six million units. 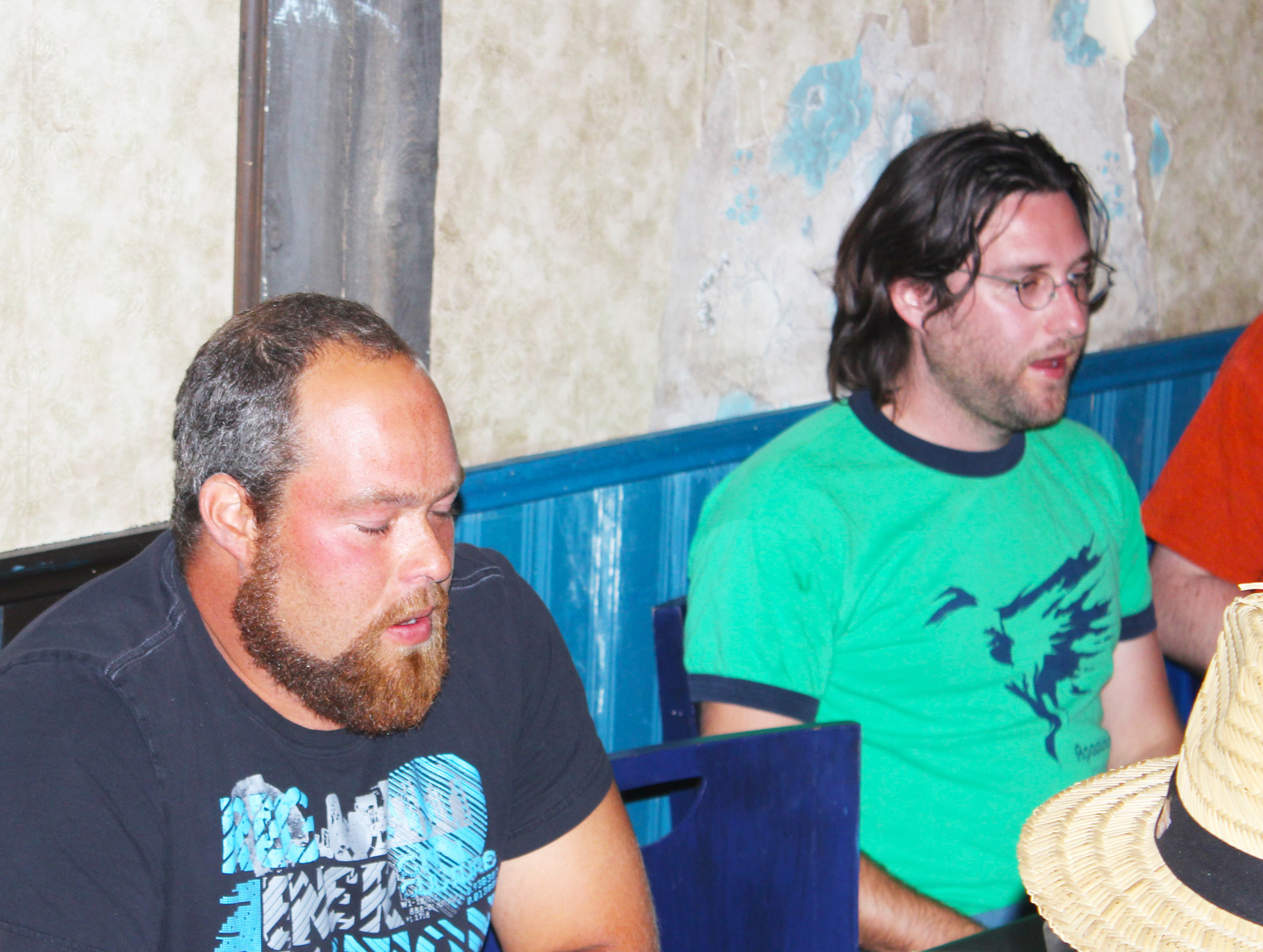 So what happens during this competition? Some throw in the towel immediately, some suffer tremendously, all red-eyed and itchy and drenched in all types of sweat, drinking milk and Pepto-Bismol by the glass. But after nine rounds and millions of Scoville units, Claude watches on as a new winner is crowned. 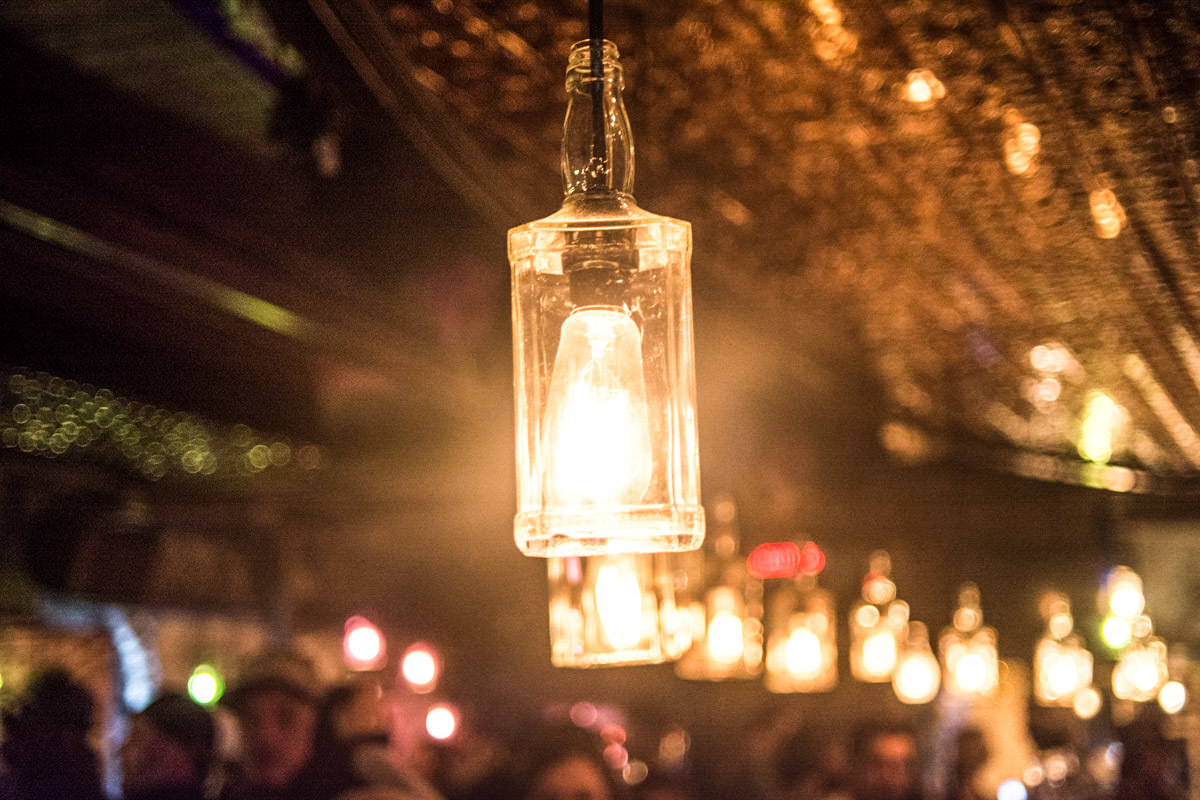 So when it’s time to spice up your bar-hopping routine, make sure to stop by Baron Samedi and sample some of their hot sauce inventory. Oh, and did I say that the fried chicken may be the best in Montreal?

Imagery to the courtesy of Johann Smith and Paméla Lajeunesse