Even though Anne Frank isn’t with us anymore since 1945, she is without any doubt one of the people that make Amsterdam. Last the year the Anne Frank House on Prinsengracht received a record number of 1.227.462 visitors. Whether it is winter, spring, summer or autumn, there is always a never ending queue outside; a queue that is known to most ‘Amsterdammers’.

If you don’t know who Anne Frank is, don’t worry, I will explain to you who she is. Anne Frank was a Jewish girl, who unfortunately didn’t survive the Second World War. When living in Amsterdam during the war, Anne and her family moved into a hiding place on Prinsengracht. It was a secret annex (Het Achterhuis) and only a few people knew about them living and hiding there. 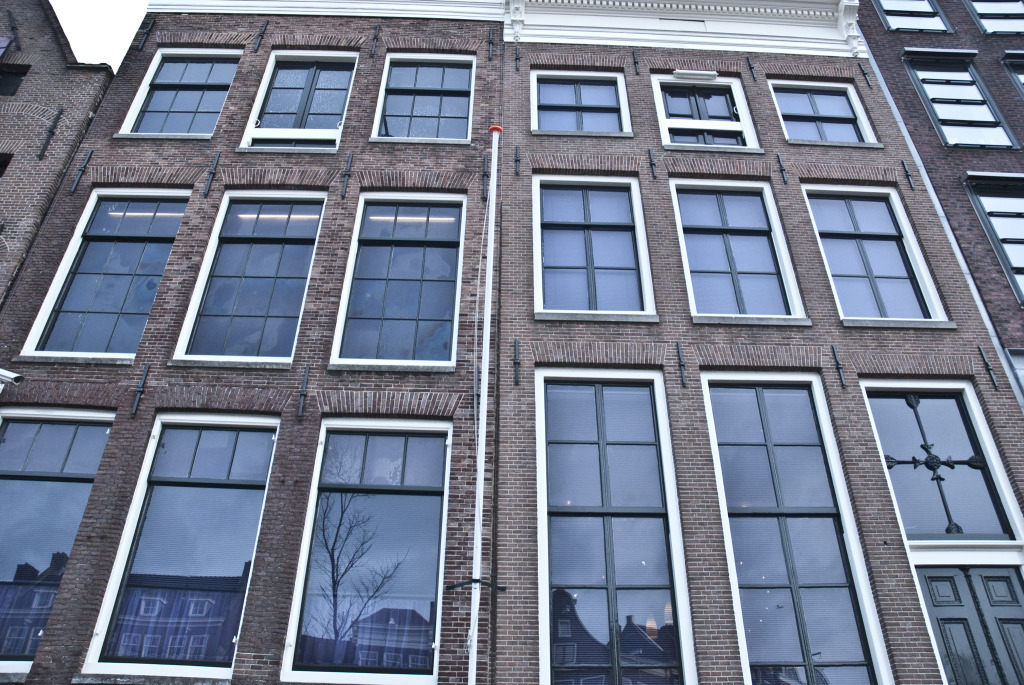 Shortly before going into hiding, Anne received a book she started using as a diary. She wrote in her diary from her 13th birthday in 1942 until 1st of August 1944, a few days before the secret annex was stormed by German uniformed police. Anne died in a concentration camp in Germany at the age of 15. Miep Gies, who hid Anne Frank and her family, found her diary and gave it to Anne’s dad (who survived the war) in 1945. 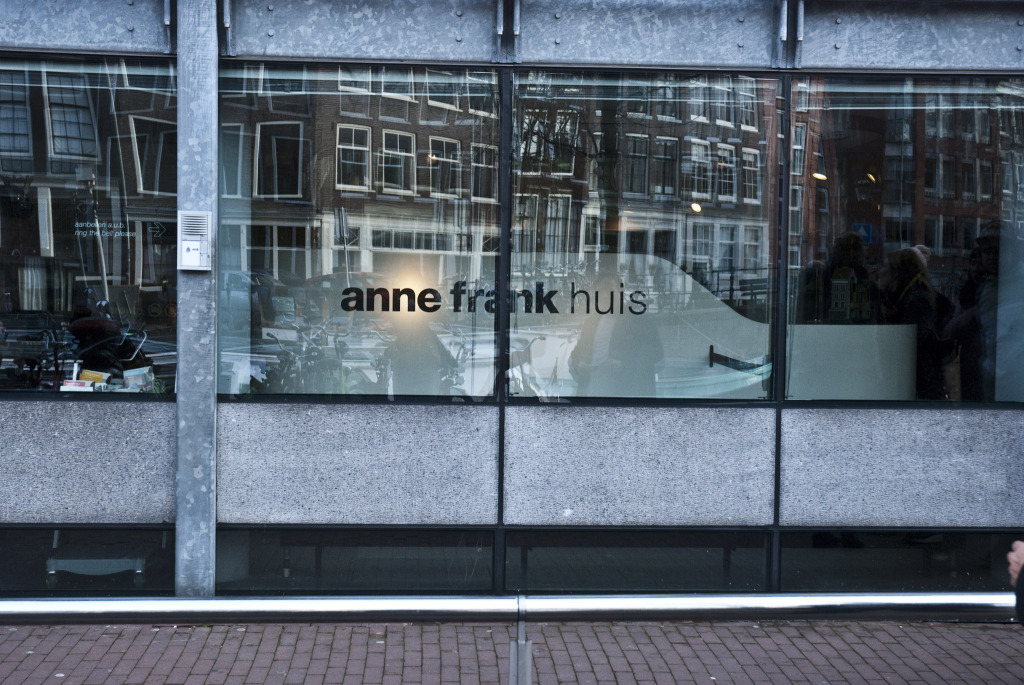 In 1947 Anne’s diary got published and ever since she became an freedom icon of the Second World War. Hereby her dad fulfills a wish of Anne, who wrote in her diary about the idea of publishing a book about the time she spent in the secret annex. In 1960 the secret annex becomes a museum - the Anne Frank House. It is now one of the most visited museums in Amsterdam. 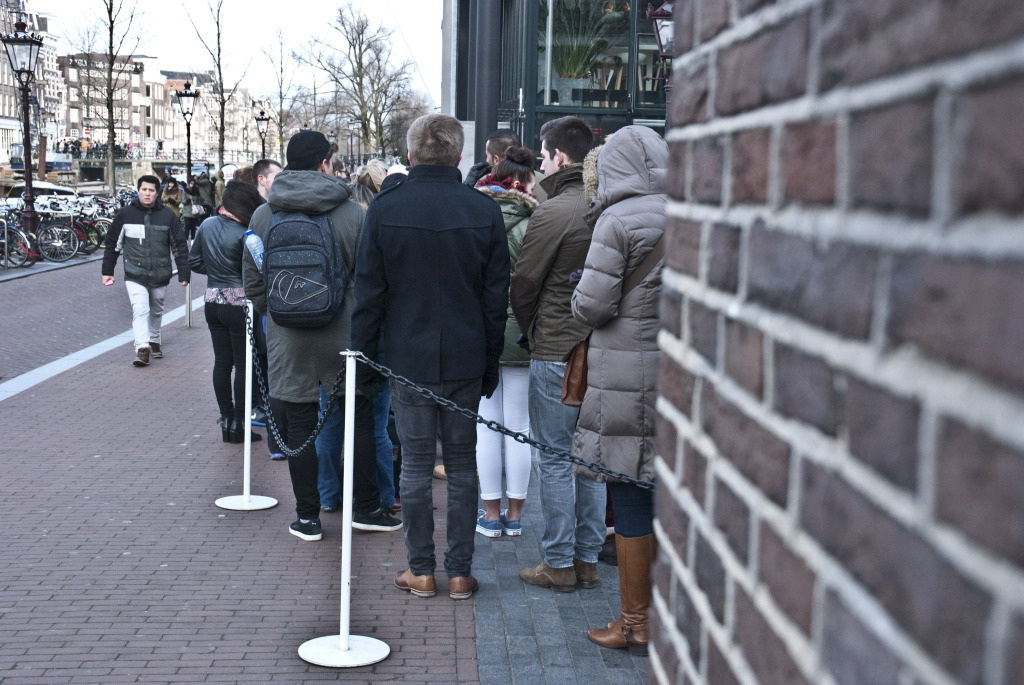 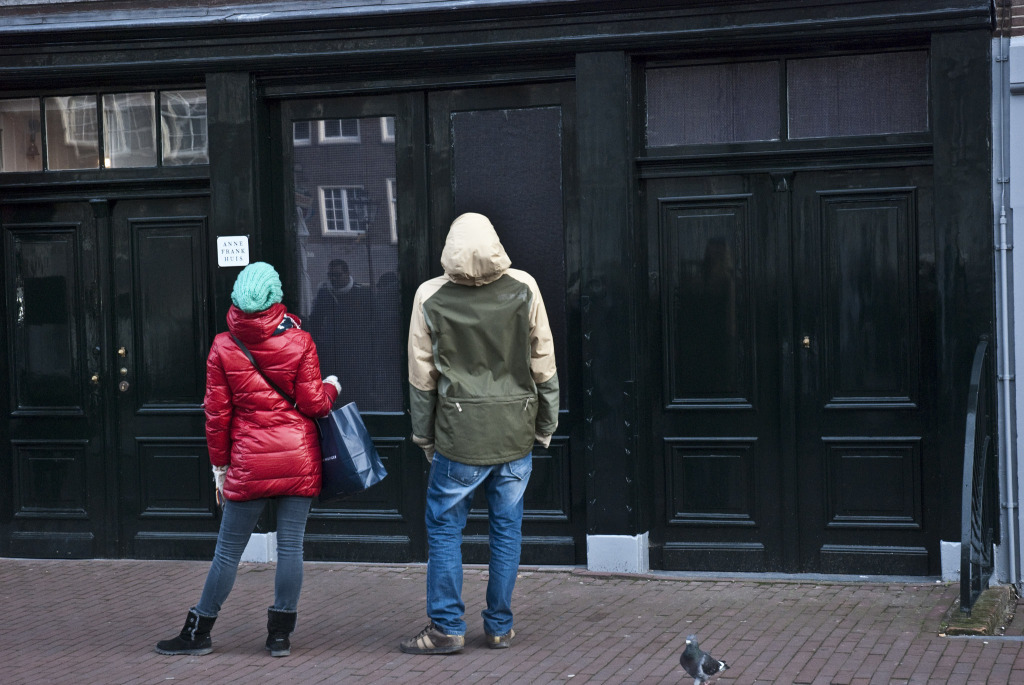 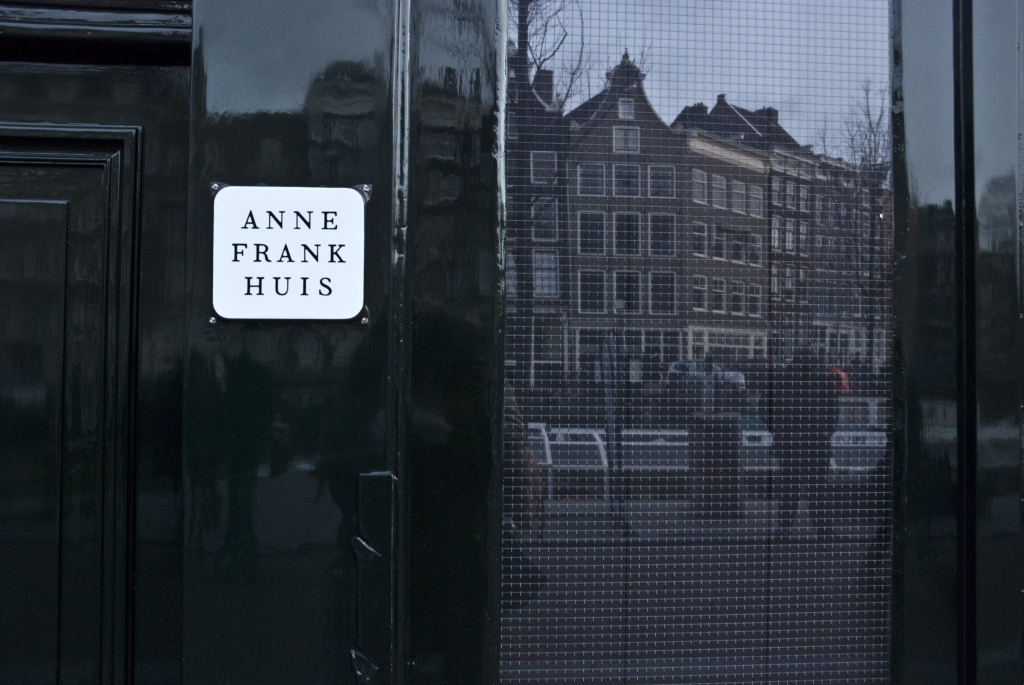 If you walk or cycle along the Anne Frank House you can’t miss the queue. Strangely enough this is one of the things the museum is known for. On busy warm summer days the queue can be as long as going all around the Westerkerk. Even when it rains there is a queue with people, who are curious about the story of Anne Frank. 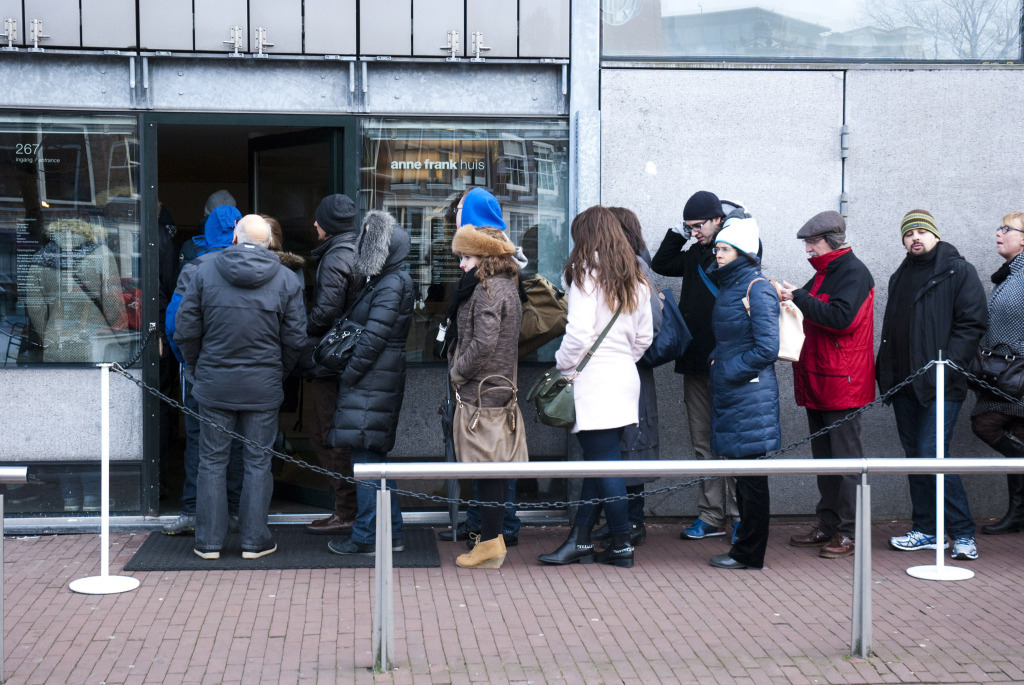 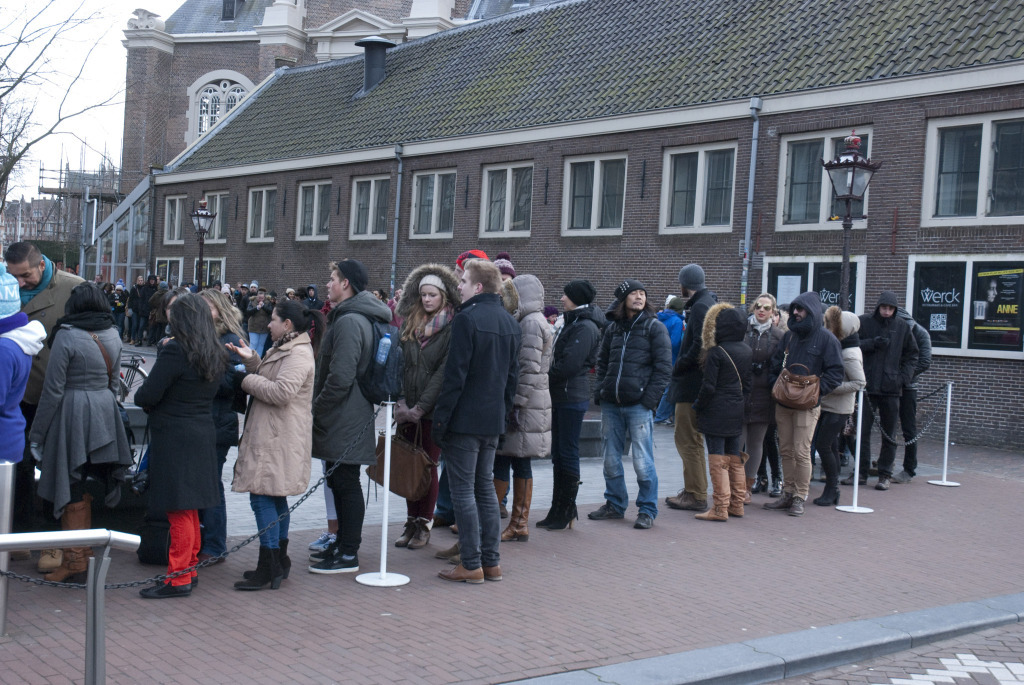 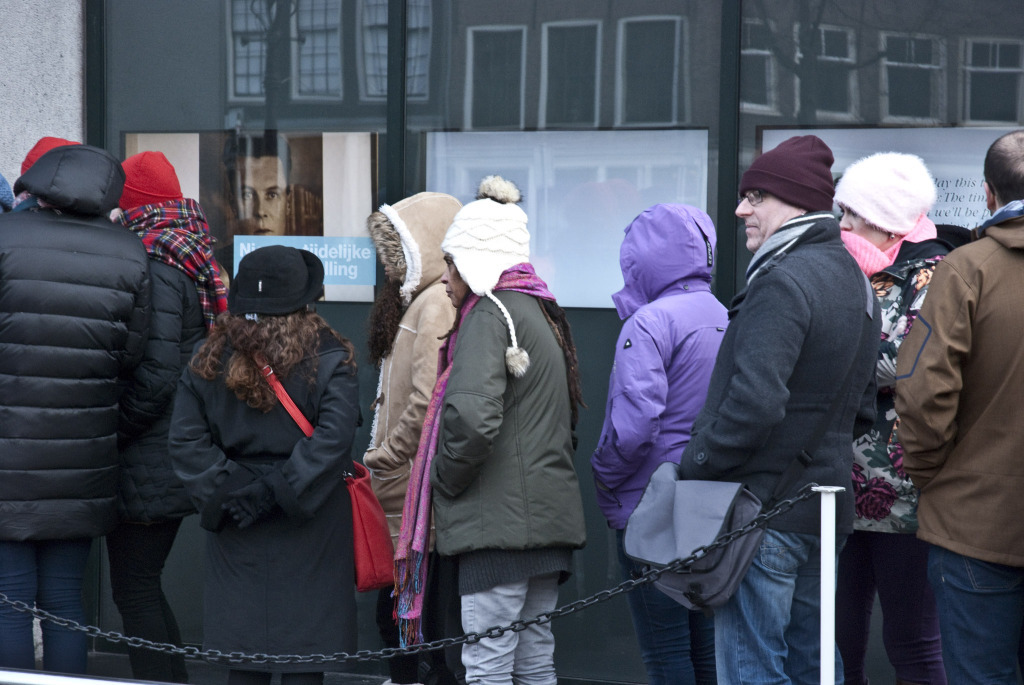 The never ending queue is documented in a documentary (http://www.npo.nl/in-de-rij-voor-anne-frank/04-05-2014/14act0504AnneFrank) that was broadcasted on Dutch television last year. It tells stories about people who are in the queue and their reason for visiting the Anne Frank House. One elderly guy talks about his hiding time during Second World War and how relieved he was when his mum returned back home from concentration camp. His dad did not survive. Soon after the war they moved to the USA. Another touching story is of a couple from Kurdistan. 25 years ago they ran away from Saddam Hussein. Just like Anne Frank they were hiding, with no food and water. Visiting the Anne Frank House makes them not forgetting about their past. 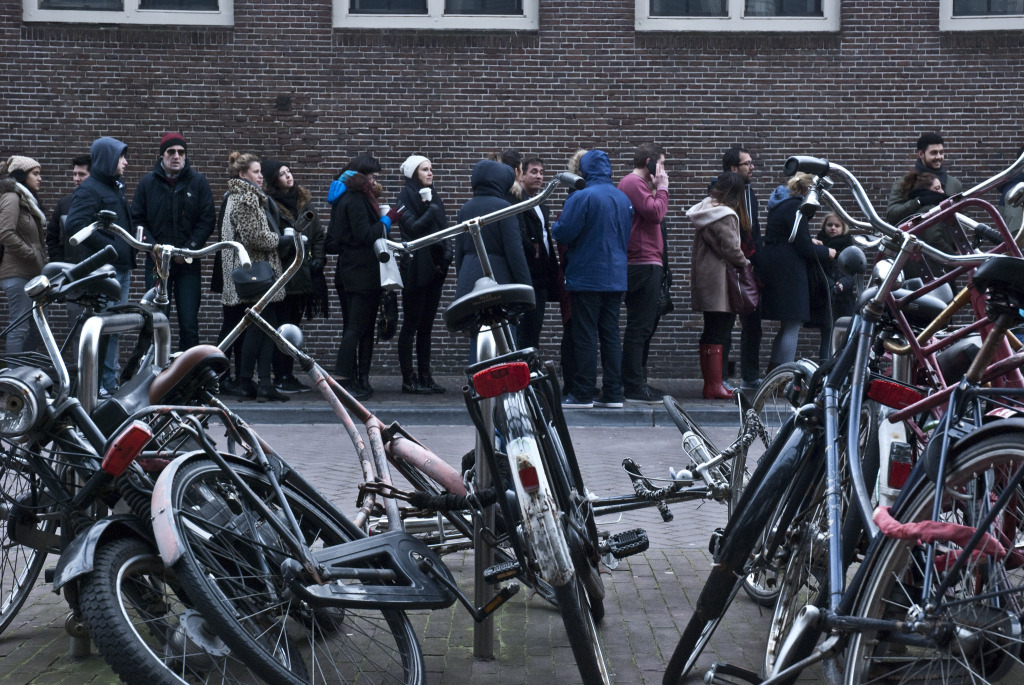 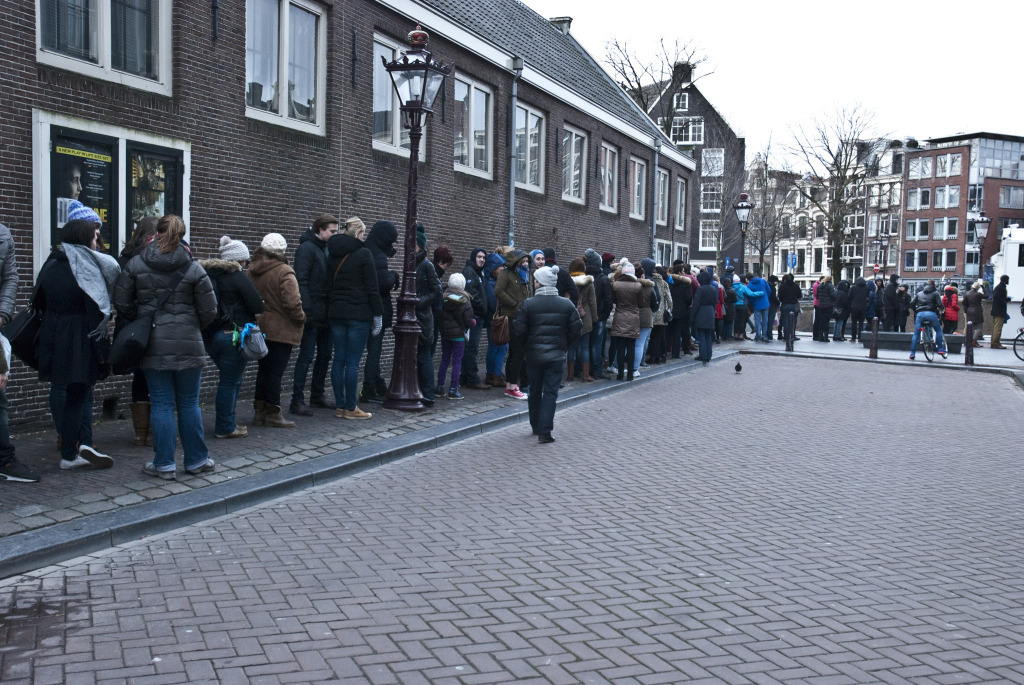 On an unlucky queuing-day you could be waiting outside for at least 1.5 hrs. Seeing that the queue never ends, it shows how much people want to know about Anne Frank and her time in the secret annex. 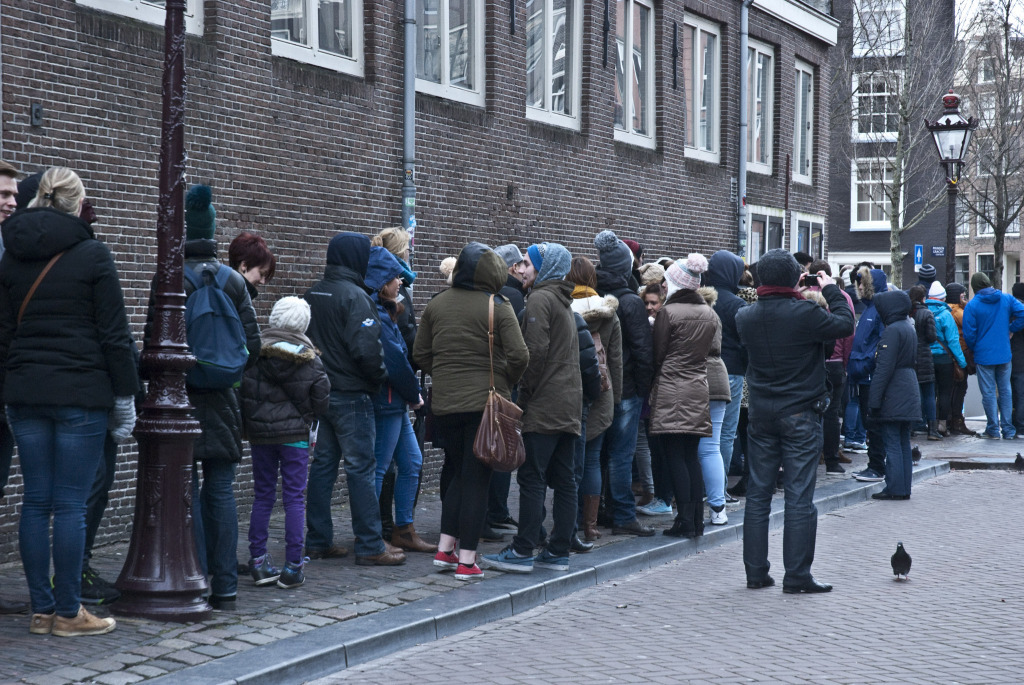 A golden tip! If you now already know when you will visit the Anne Frank House, buy your ticket online. This will save you for having to queue up, as there is a special entrance for visitors who bought their ticket online. www.annefrank.org - Nicole -