A new dog in town

Spotting trends in cities is a very exciting activity. Especially when you make it your job, such as the founders of the extremely popular concept restaurant Munchies, who are now opening a new gourmet street food-serving bar in the up and coming neighbourhood of Torggata. Food meets music, meets drinks, meets art.

Torggata Kennel Klubb is the new dog in town 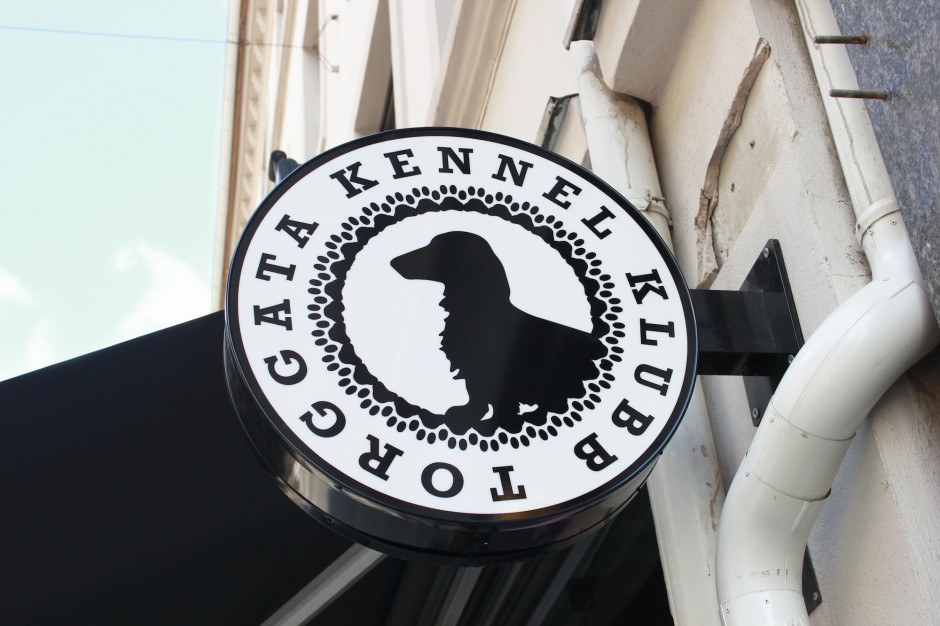 When we meet Patrick Jensen, one of the founders of Torggata Kennel Klubb, the paint on the wall almost hasn’t had time to dry yet. It’s the newest contribution among the trendy street food and bar combos that have grown popular in the neighborhood [caption id="attachment_5829" align="alignnone" width="940"] 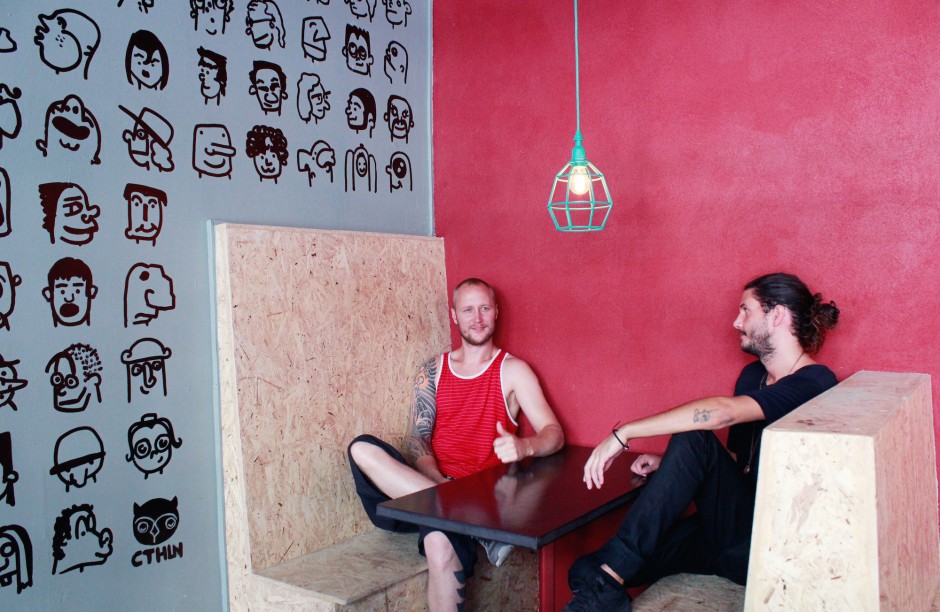 – Instead of just being a fast food joint, we have chosen to take street food to the next level. We are serving gourmet hot dogs, Patrick Jensen says. The Kennel Klubb is serving five-six different types of hot dogs. They are made of pork, lamb and chicken, and there is also a vegetarian alternative on the menu. The toppings are made from scratch at the Kennel Klubb, which makes the hot dogs truly unique. The hot dog concept is inspired by American-style hot dogs, and adjusted to the Scandinavian market. – Luckily, Scandinavians aren´t very picky. Therefore, we have been able to combine elements of many different culinary traditions, Jensen says. 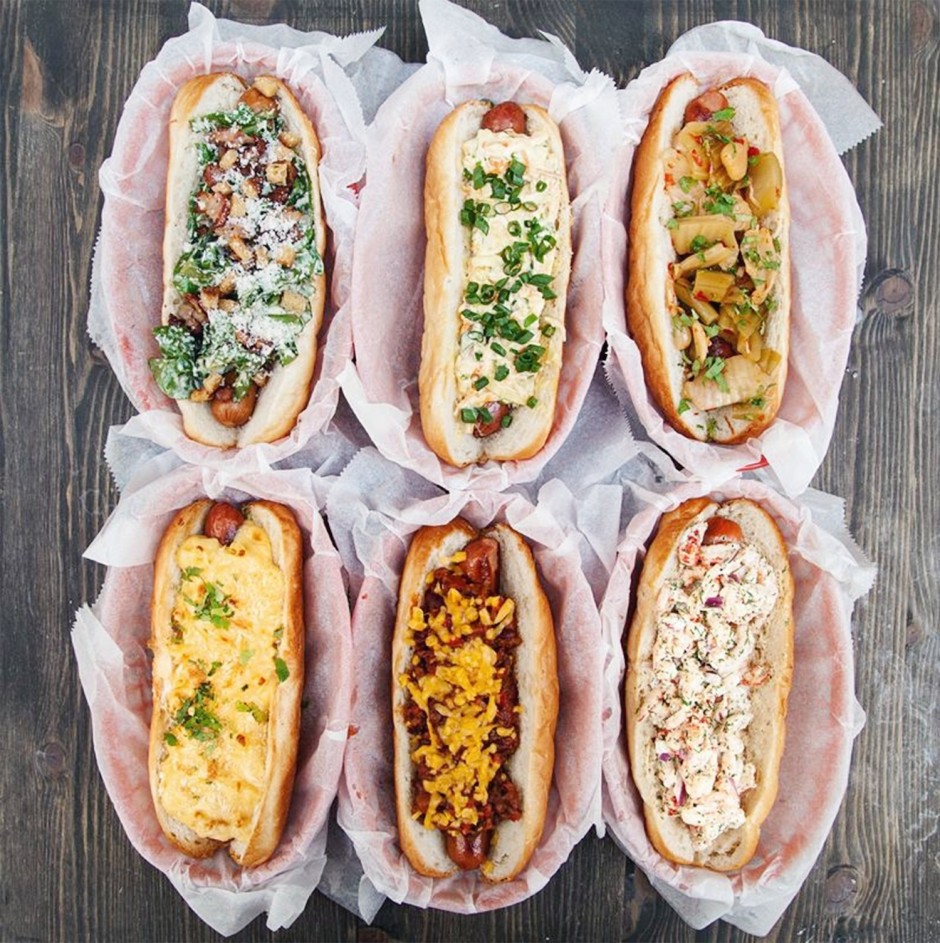 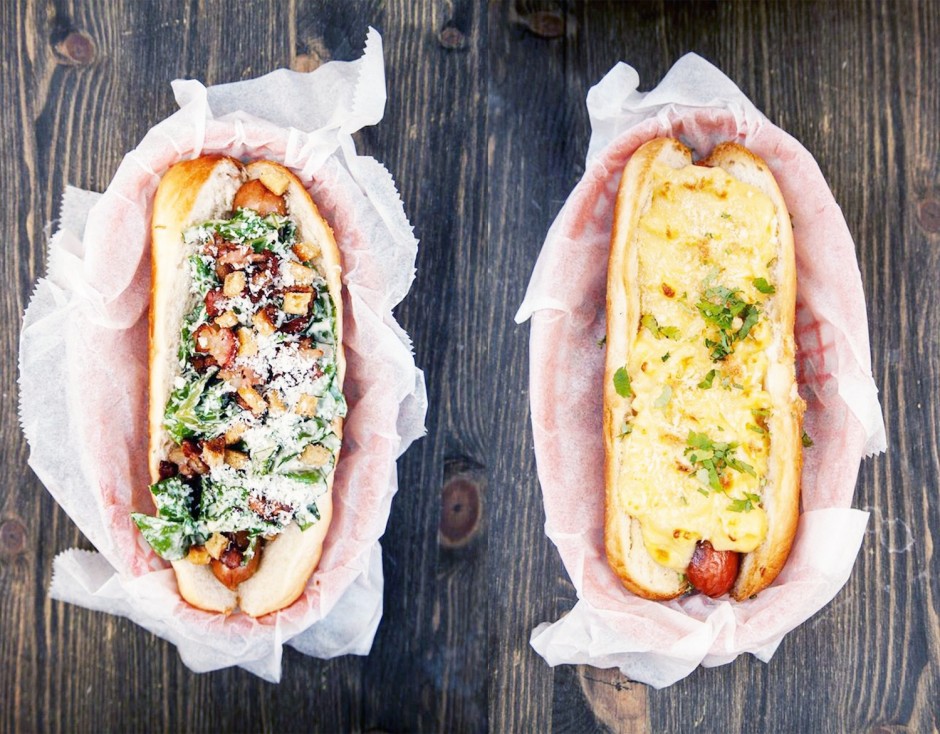 If he had to recommend only one, it would be the Kimchi, which is a hot dog topped with fermented cabbage, inspired by a Korean national dish.

Lately, Kimchi has started to pop up as a side dish at restaurants all over the city. We picked up on the trend, and merged it with the American-style hot dogs.

Even though the quality is high, the prices are reasonable (at least by Norwegian standards). A hot dog at the Kennel Klubb costs around 60 NOK, and is therefore a good alternative to the more pricey restaurants that only serves a la carte.

No hot dogs allowed on the dance floor

At night, the hot dog shop turns into a bar and a club concept. – Torggata Kennel Klubb is an alternative for those who have grown tired of going to bars and eating nothing but peanuts, and want some decent food to accompany their drinks, Jensen says. But the hot dogs cannot accompany you all the way onto the dance floor. That is a big no-no. – The vision of people eating hot dogs on the dance floor isn´t exactly a sexy one, Jensen says and laughs out loud. 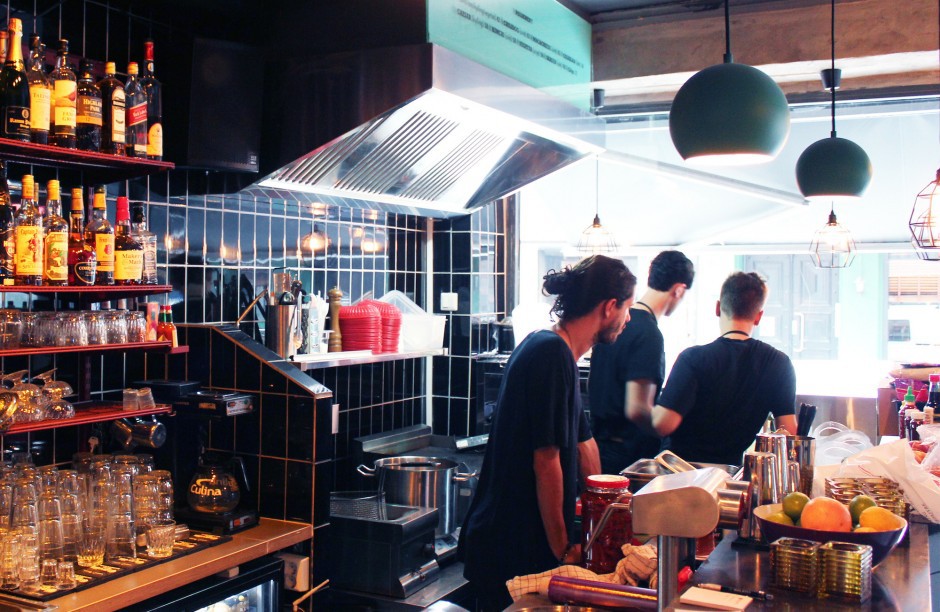 Therefore, the founders of Torggata Kennel Klubb decided that they had to chose between cultivating the hot dog concept and skip the bar part, or stop serving hot dogs when the clientele starts hitting the dance floor. They chose the latter. A part of me is slightly disappointed in this. It would have been a sight for sore eyes to watch somewhat drunk people trying to master the art of twerking while consuming hot dogs with loads of topping simultaneously.

A place for music lovers and culture enthusiasts

The founders of Torggata Kennel Klubb developed the hot dog slash club concept as an extension of an existing alternative music scene in Oslo. – We wanted to bring those people and that environment together in one place, Jensen says. 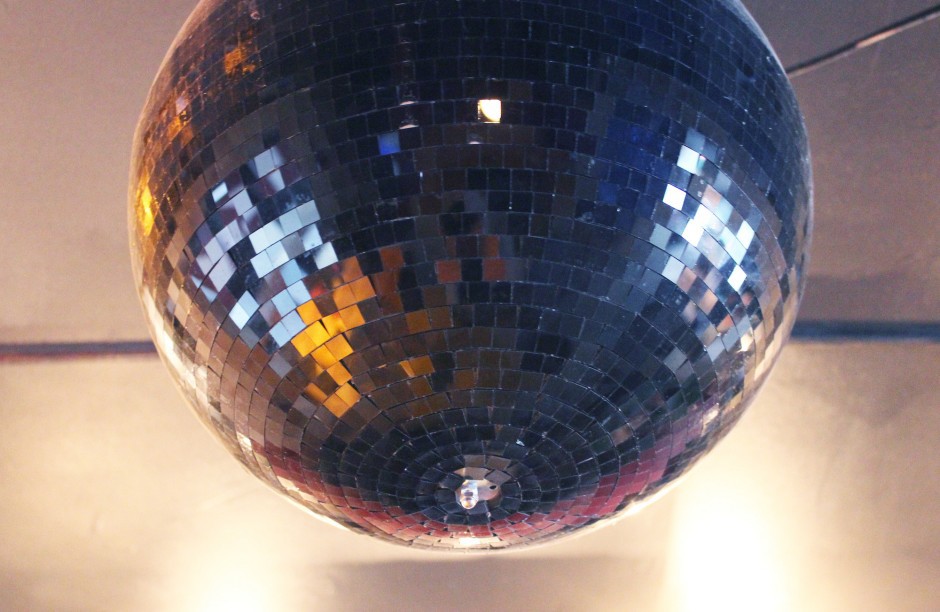 Torggata Kennel Klubb has a pronounced music profile. The club concept is intimate and alternative, with DJ´s who carefully avoid playing radio hits. The Kennel Klubb invites DJ´s playing Hip-hop, old school disco, boogie and electronica. Many of the DJ´s are collectors of old records - making it a sport playing tunes that very few people have heard before. – We try not to limit ourselves when picking out DJ´s for the Kennel Klubb. The people we invite into our club have only one common denominator; they have a genuine interest in music, Jensen says. July 23 is the opening night of an art exhibition by Hvidsten from the art collective cupofill. Torggata Kennel Klubb is a place for creative people, with art on the walls, lots of good and undiscovered music and a cultural vibe. – I hope the Kennel Klubb will be able to attract a mixed crowd: It is both a lunch place for people passing by and a go-to-place for foodies, a social hangout for creative minds and a club concept for music lovers, Jensen says. 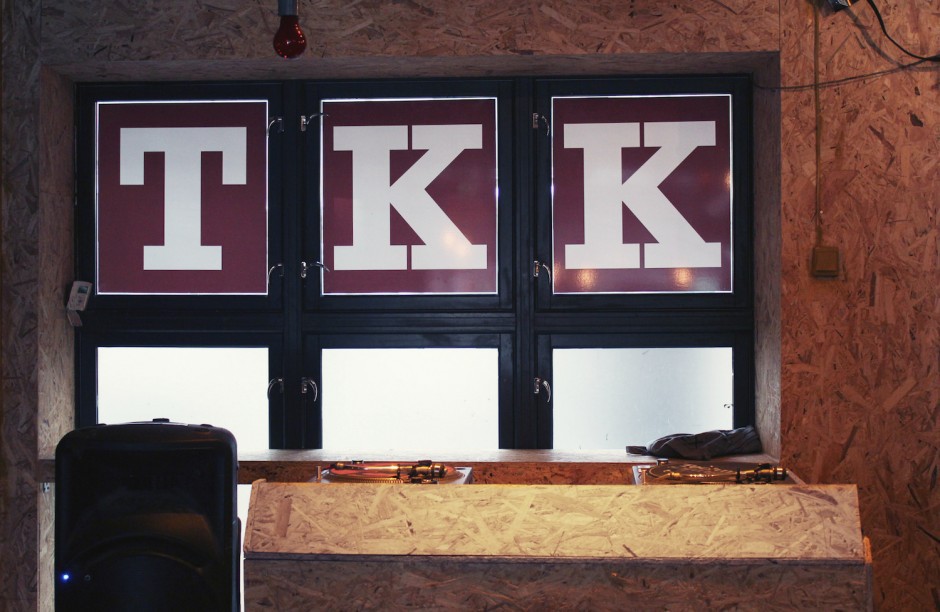 In Jensen´s opinion, the perfect night at Torggata Kennel Klubb is when a group of friends meet up at the club right after work on a Friday to grab a beer and something to eat. They grab a couple of more beers, and then they´re joined by their friends. Maybe they´ll get hungry again, and grab a second bite. – And then, around eleven, they hit the dance floor. The sooner, the better really. If people are having a blast at eleven, they´re usually having a good time until closing time, Jensen says. Check out their Facebook-page to see which DJ’s that are playing next. - Bianca & Julie - 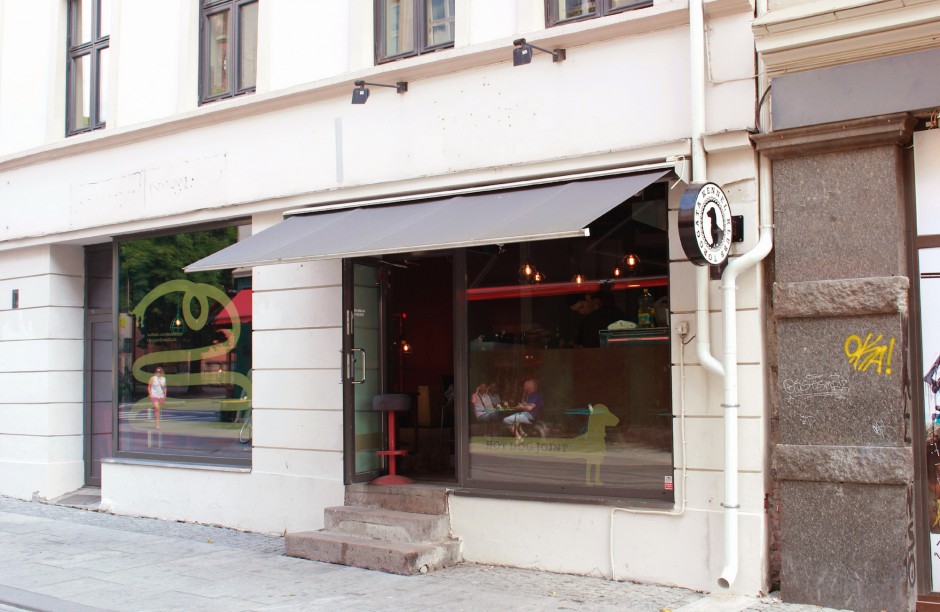