A Not Very French Bastille Day in Minneapolis

City Correspondent, Talin - a native Parisienne - attended Minneapolis’ Bastille Day celebration for the first time and found that, while it is a lovely celebration, it’s not a very French one. 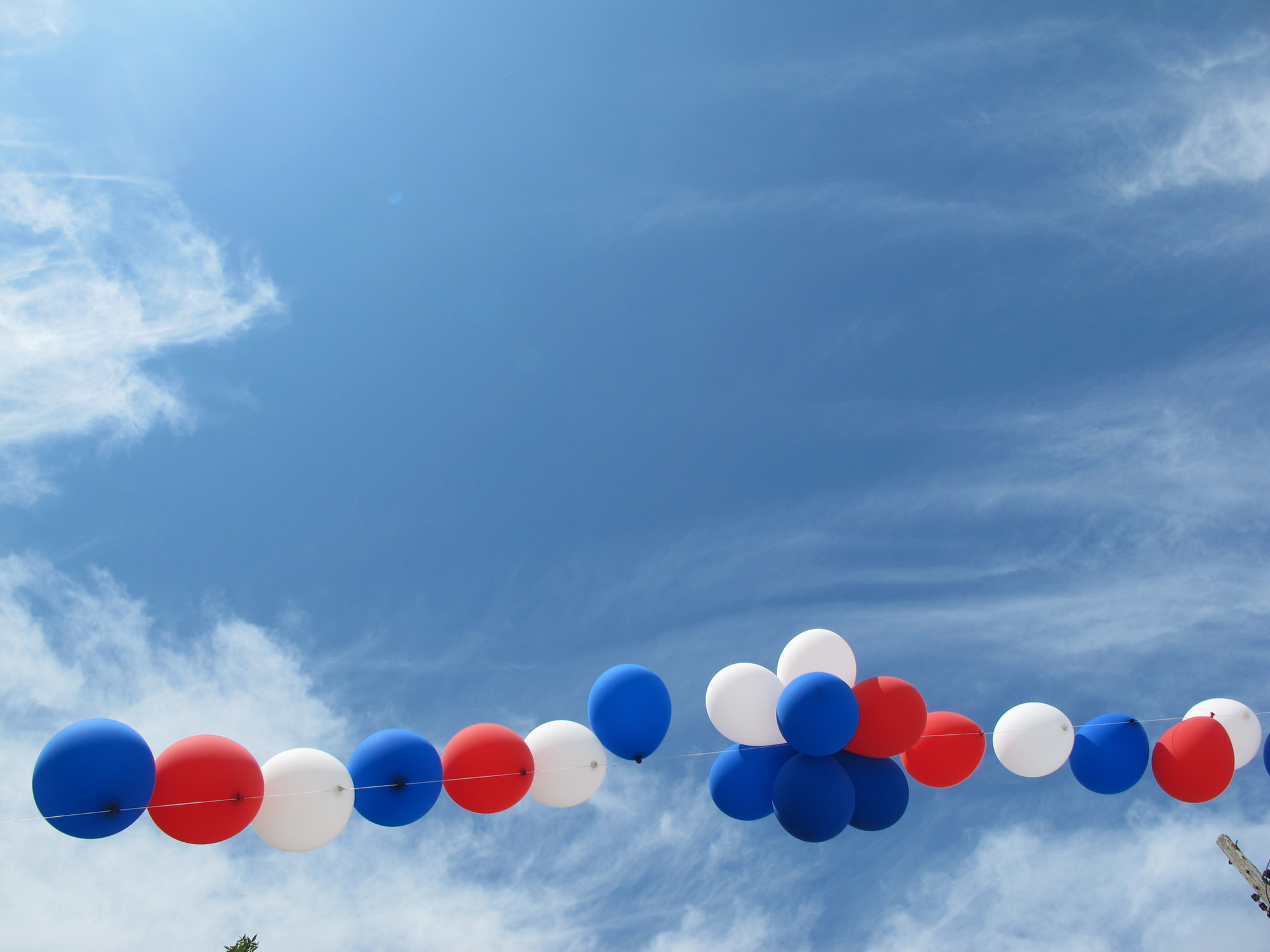 Unlike previous years, this summer I am staying in Minneapolis and the city is just a delight in this season. Minneapolis residents seem to spend every moment possible outside in the summer and there are celebrations and block parties just about every weekend - all of which make the city an extremely vibrant place to be in.

And with my friend, Carole, visiting from Paris and my parents coming in August - it’s a little bit of France coming to me instead. 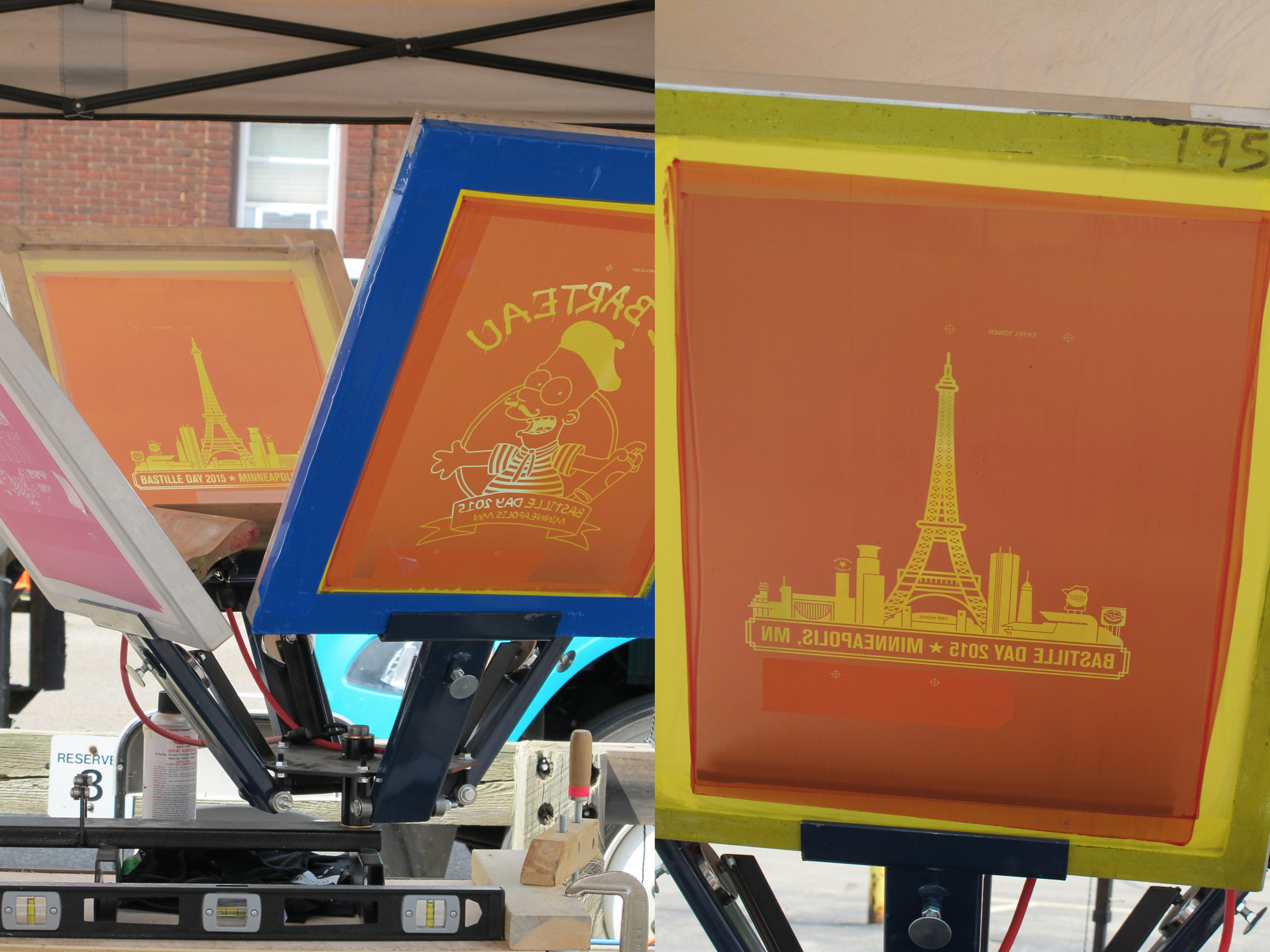 Staying here meant that, for the first time, I would be able to check out the Minneapolis Bastille Day celebrations. As you can imagine, Bastille Day is a big deal in Paris, with dances (bals de pompiers) starting on July 13 in the various fire stations of the city, followed by the grandiose fireworks on the night of the 14th.

Being in Minneapolis, the Barbette Bastille Day Block Party in the Uptown neighborhood is the place to be, so Carole and I decided to go and check it out. The flyer looked rather French, as did the beautiful blue, white, and red balloons at the entrance to the street - both promising signs.

However, the event was not French at all. Instead of the red wine or rosé that I was imagining, there was lots of beer (Minneapolis’ specialty, of course). Instead of baguette, cheese, and saucisson… hot dogs and burgers. But there were French fries galore. 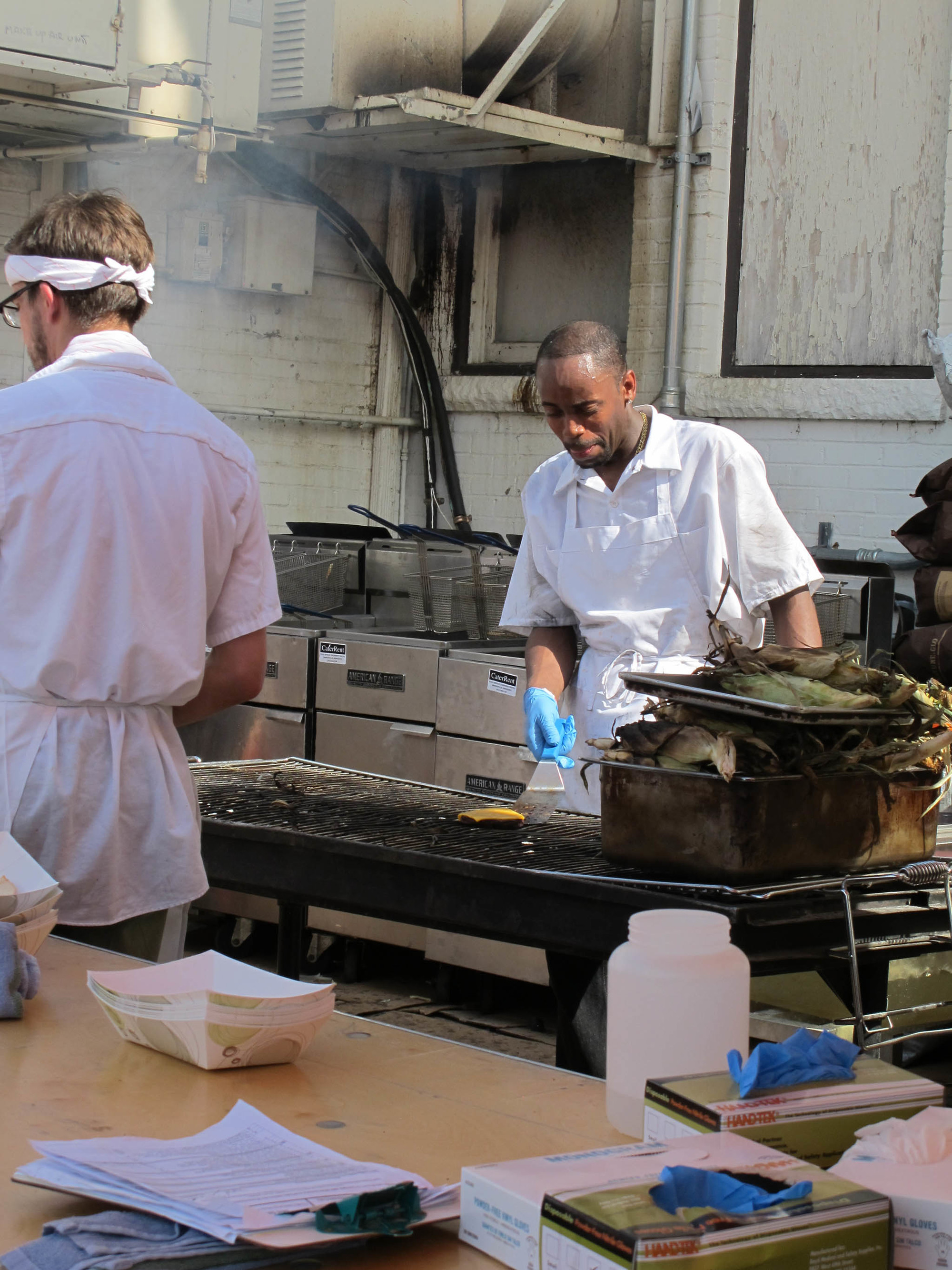 We met my neighbor Bruce who was enjoying a cold beer on a very hot and humid day, listened to several bands (some good, some bad) on the stage, and had a lot of fun people-watching. 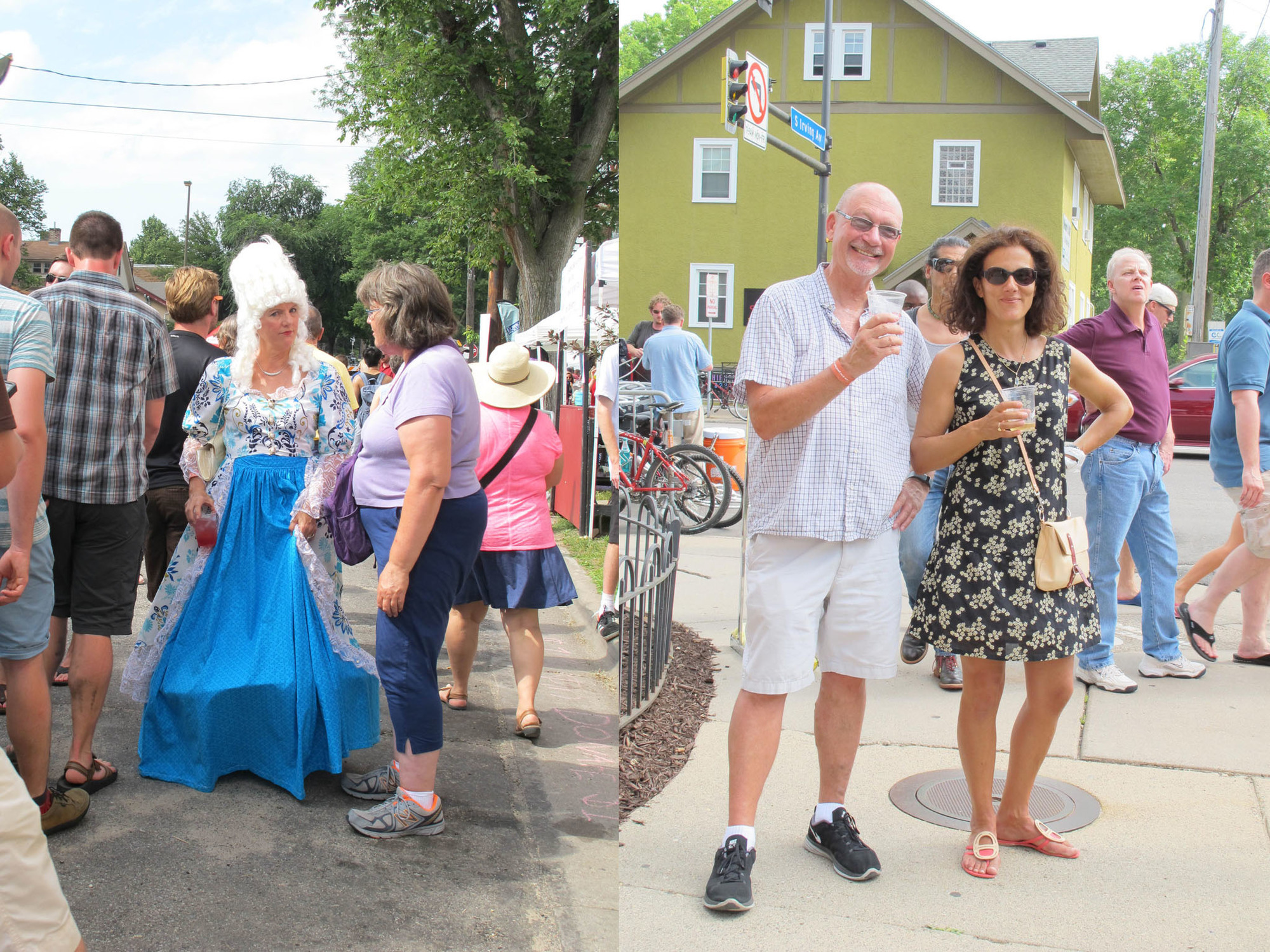 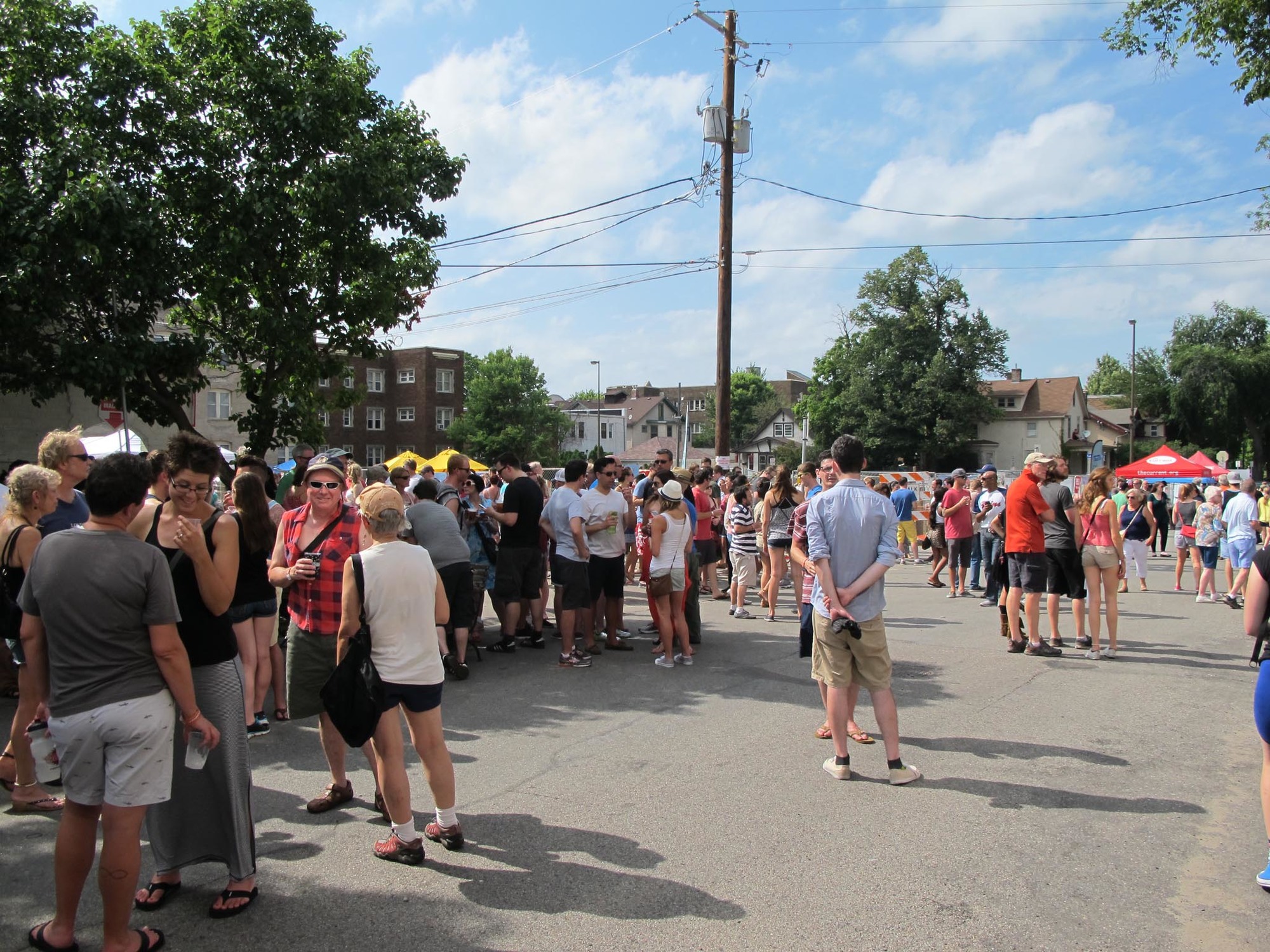 All in all it was a great event - granted just not very French. With its craft beer and very friendly atmosphere, it was very Minnesotan though. I did see a booth from the organization, Alliance Française, offering French classes; maybe thanks to them, it will become a little more French next year. 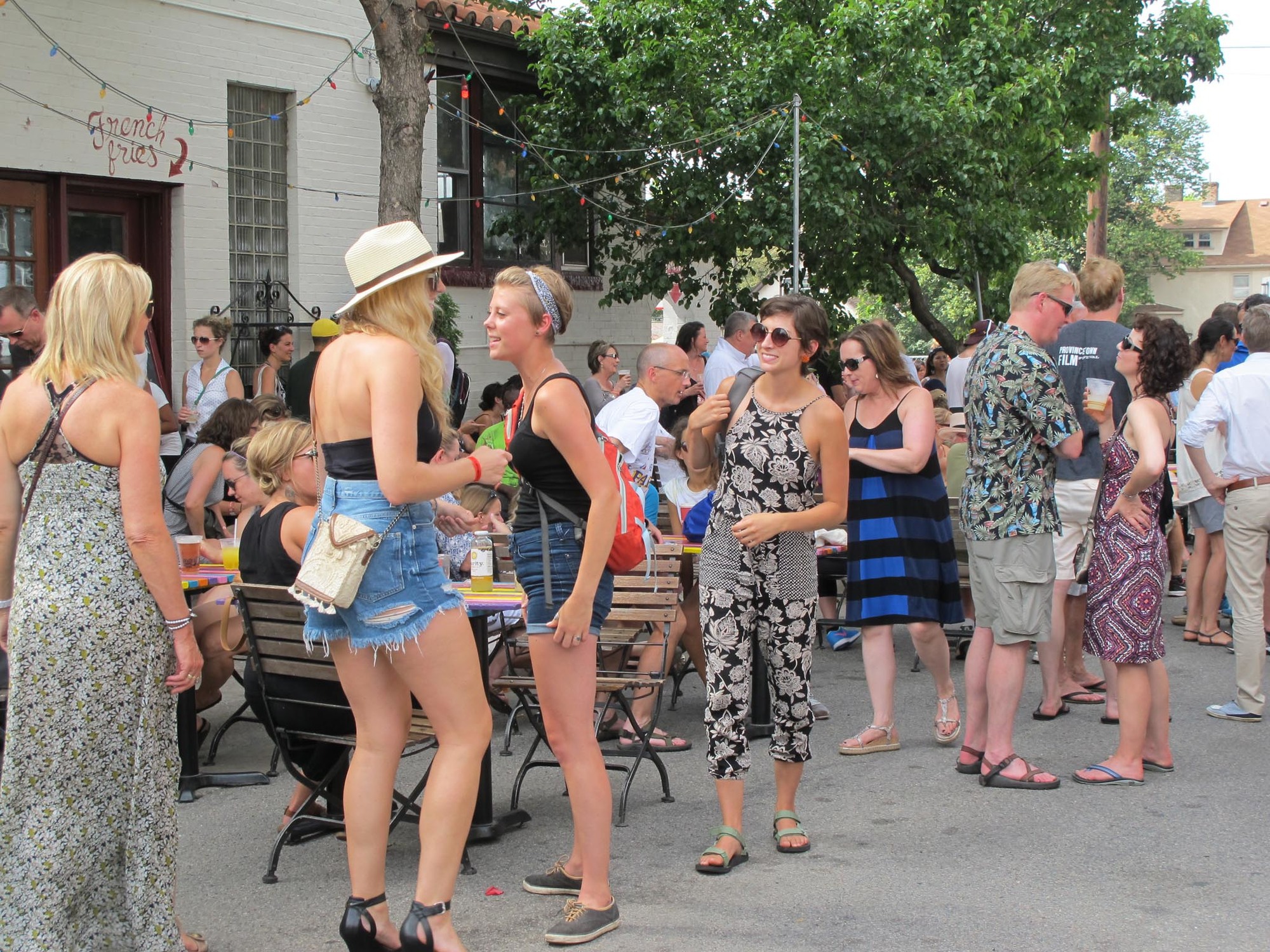 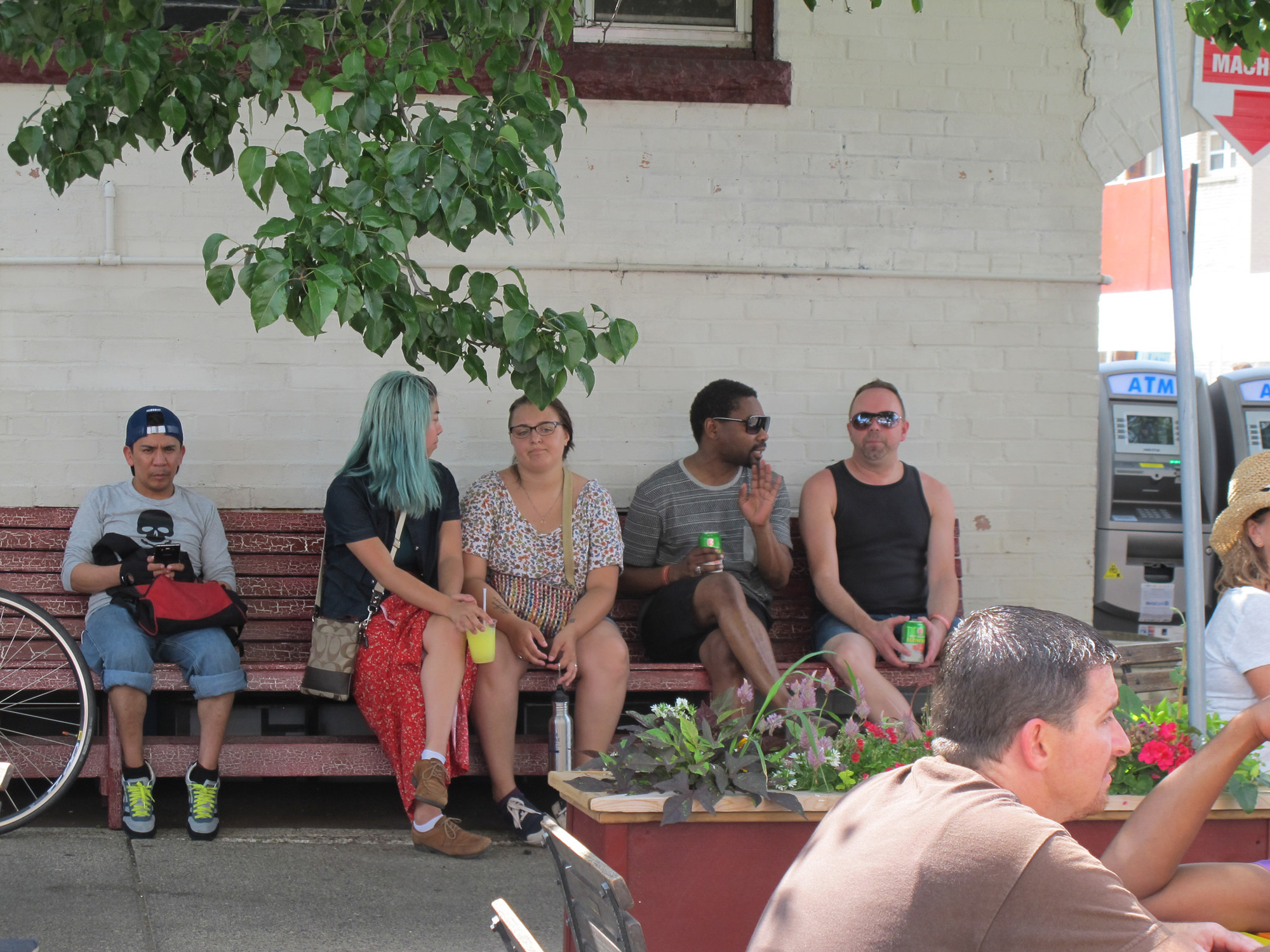