When blank concrete walls show up on the streets of Paris, graffiti is sure to be painted on it. Our correspondent Kelsy went on a visual treasure hunt to find publicly-valued street art in Northern Paris. Come see what treasure she's found!

The thing about street art is that once you realize it’s there, you’ll see it everywhere. This is frankly what drew me to the medium, the impression that our local artists and amateurs are somehow leading me on a cultural treasure hunt, driving me to discover Paris in a different way.

Out with the Old: Embracing New Forms of Artistic Expression

Paris is a city that is constantly reinventing itself, and with the recent opening of Aerosol, a cultural space dedicated to street art where patrons are encouraged to participate by adding a touch of spray paint to the walls, floor or furniture, it seems as though the City of Light has officially embraced this once alternative art form. 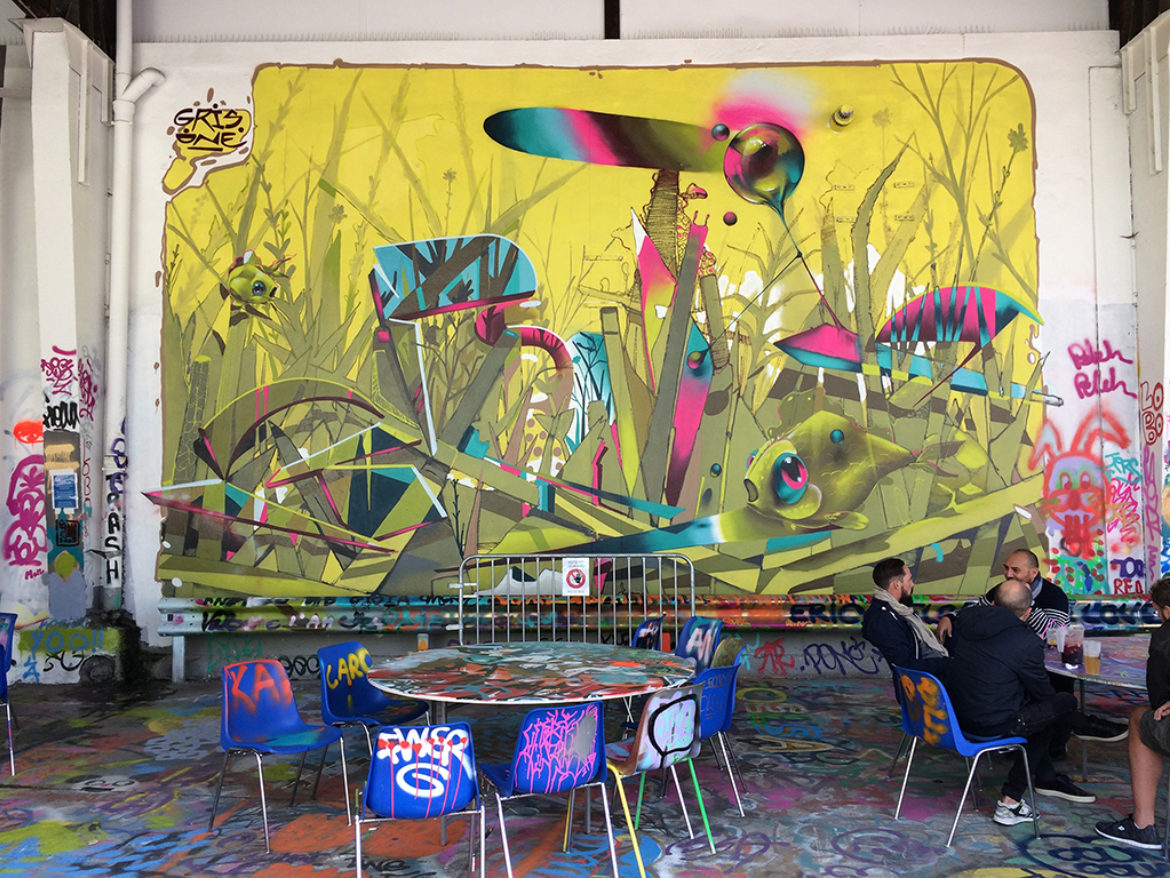 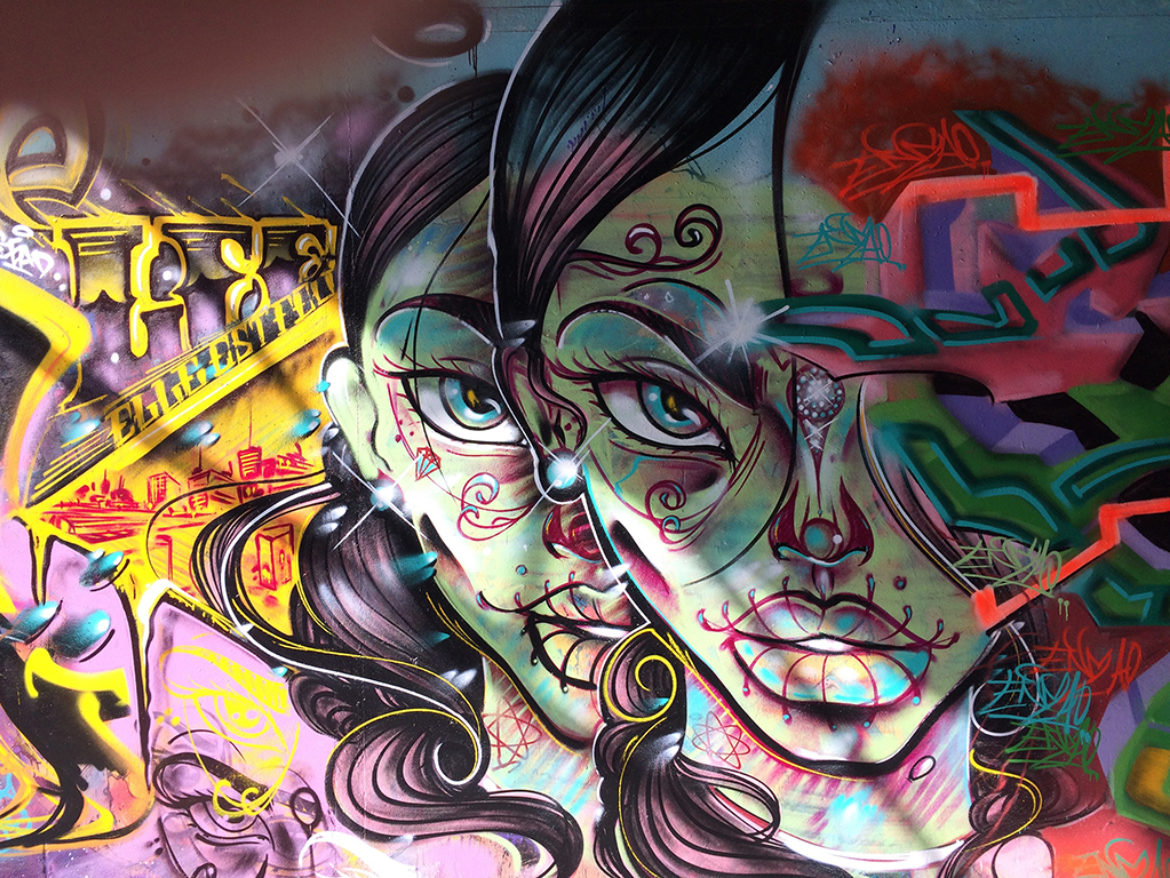 Through this street art walk, I wanted to showcase the culture richness of the neighborhood that I call home, and to show people that the northern districts of Paris are changing in really interesting and exciting ways. Right outside my doorstep, airbrushed onto the outer wall of the Marché de la Chapelle, is where this street art story begins.

From the marché, I headed east across the Pont de Riquet, stopping near the Halle Pajol to admire the art adorning the entrance to the otherwise discreet CP5, a temporary art gallery housed in yet another old train depot. 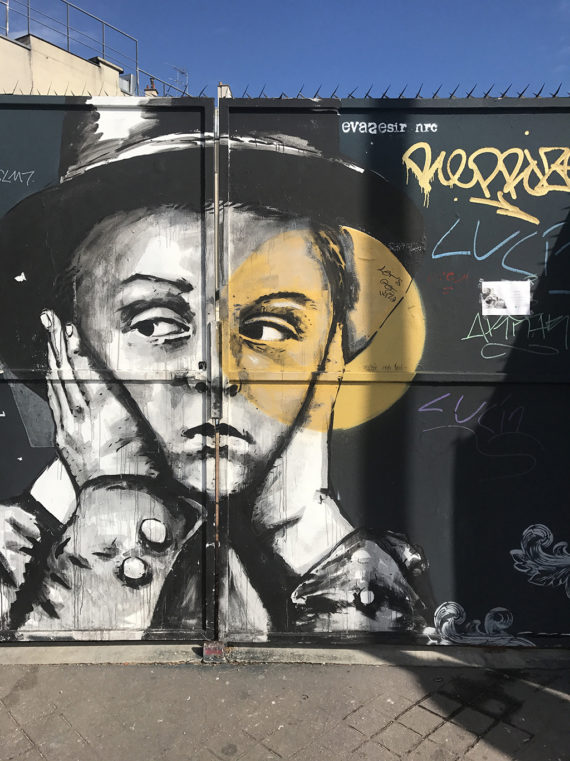 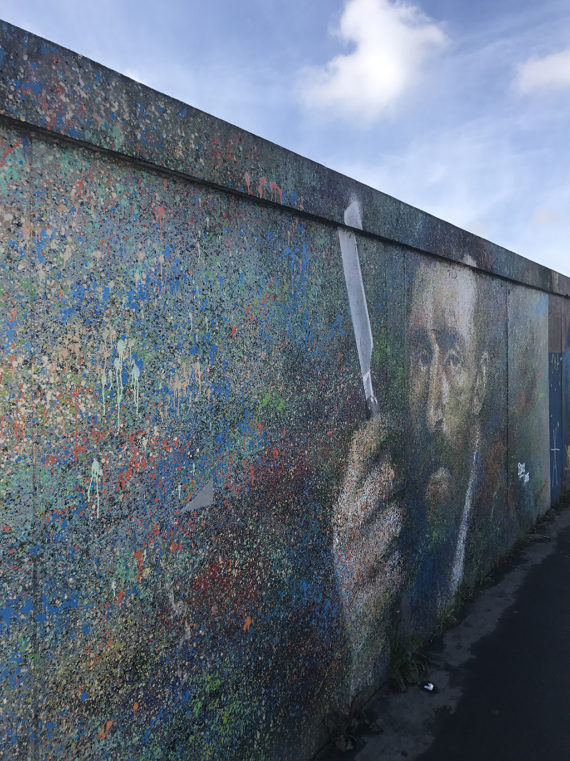 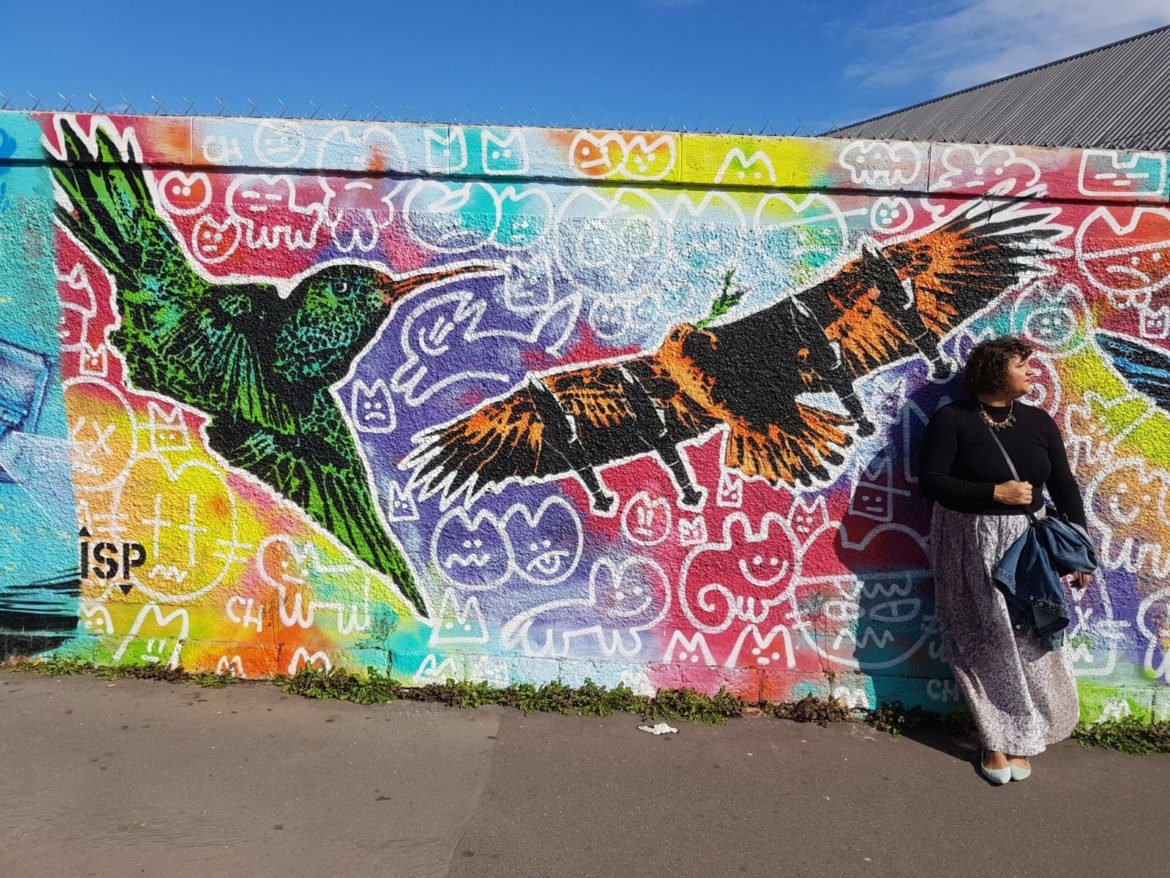 On the eastern side of the bridge (Pont de Riquet) is where in 2015, 5 international street artists were commissioned to do a project entitled “Rosa Parks fait le mur.” This play on words could be translated as “Rosa Parks sneaks out," but also makes a literal reference to a wall, evoking a prisoner scaling a prison wall to escape. To me, this imagery and its rebellious connotations form a strong link to graffiti, and notably its shared theme with the historical figure Rosa Parks: reclaiming public spaces. Although a few of the pieces had fallen prey to vulgar coverups by local taggeurs, the art was for the most part intact. 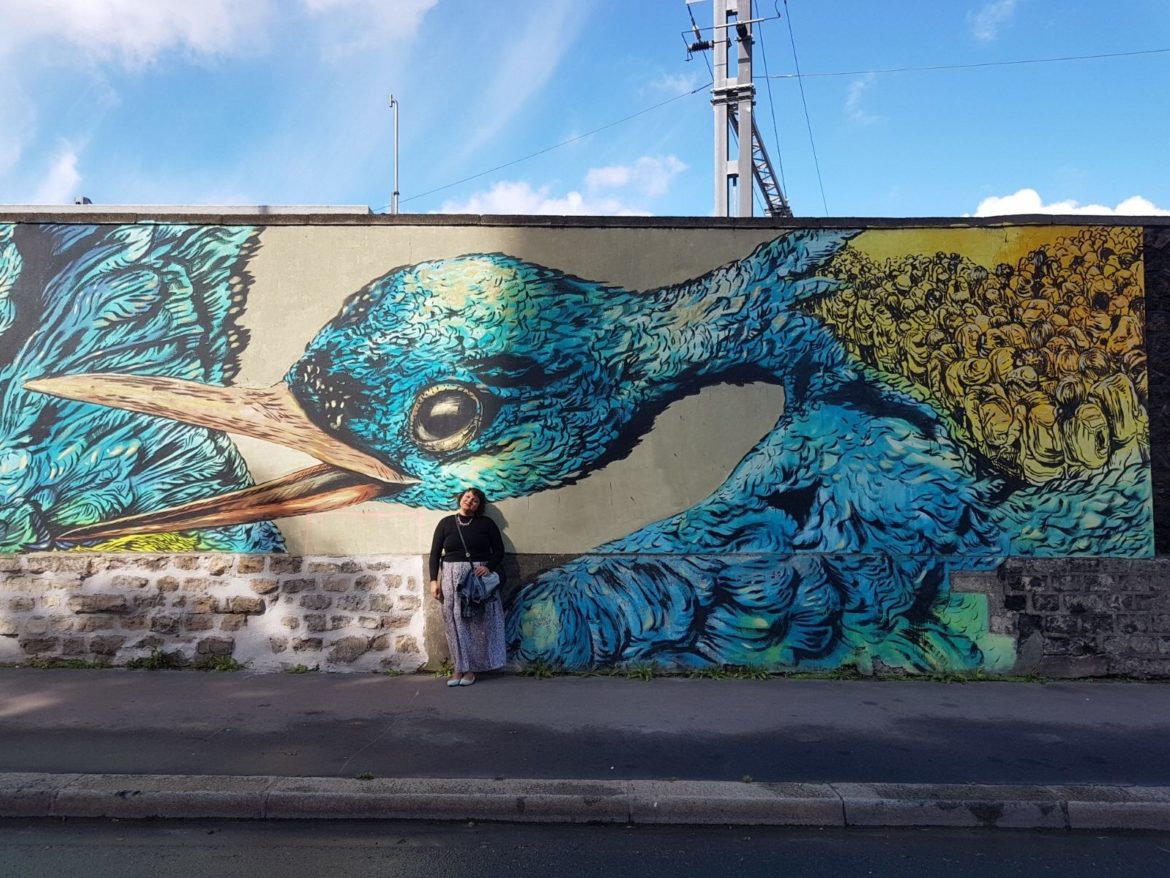 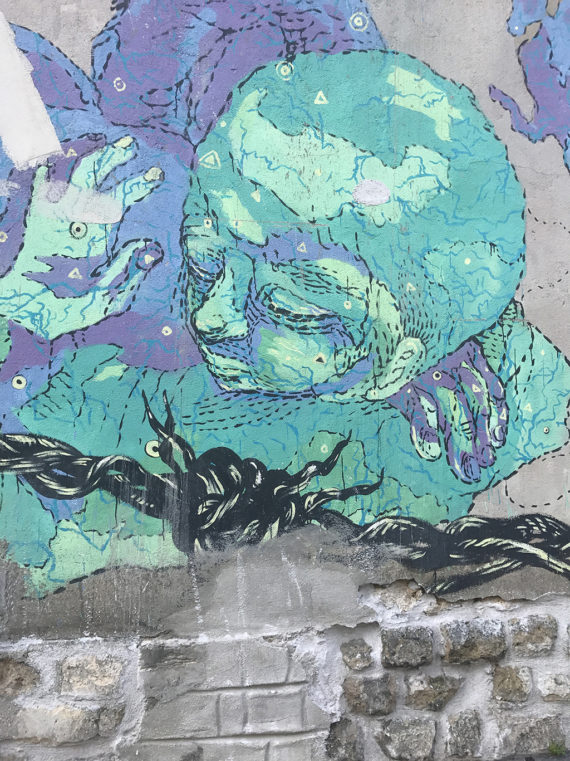 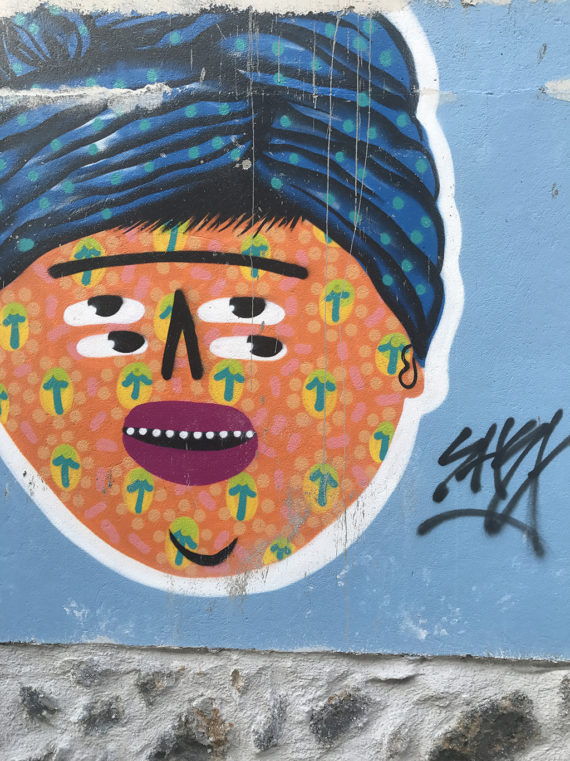 From Port d’Aubervilliers it was a quick trip on the #60 bus to my next stop, the rue de l’Ourcq, near the intersection with the boulevard Jean Jaurès. From the geometric Frieda Kahlo and parrots signed Marko 93, to the incredibly distinctive shapes of Da Cruz’s protagonists, this is where I uncovered the identities of northern Paris’ most prominent street artists. 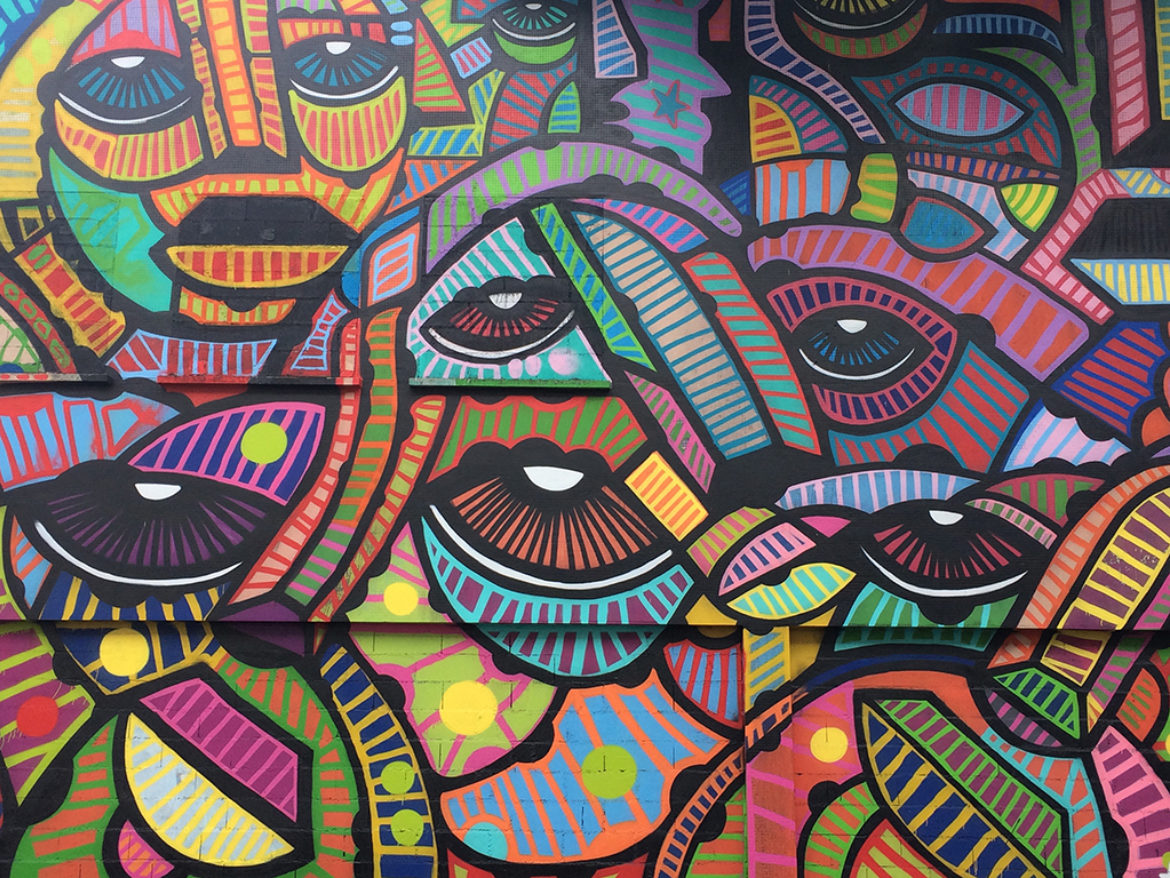 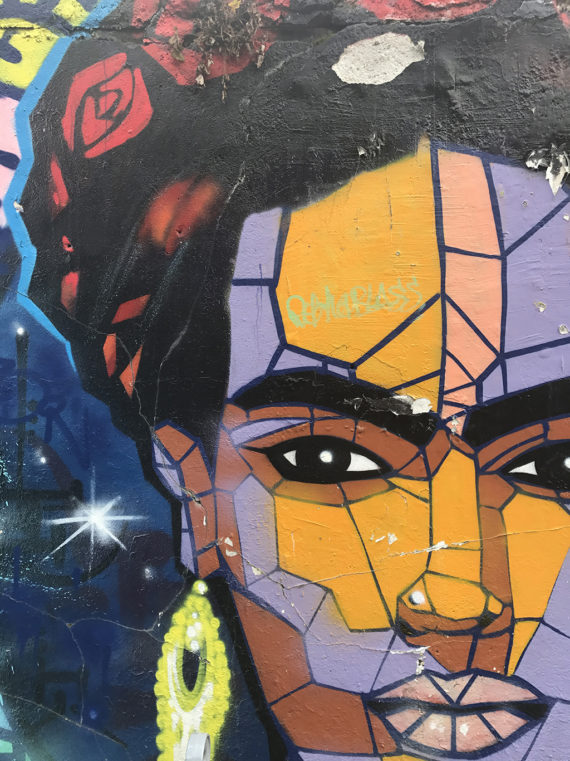 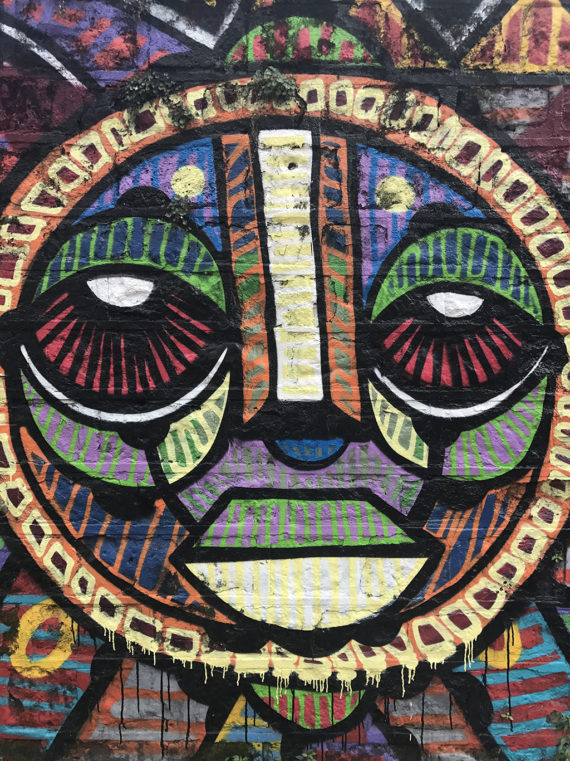 "The thing about street art is that once you realize it’s there, you’ll see it everywhere." 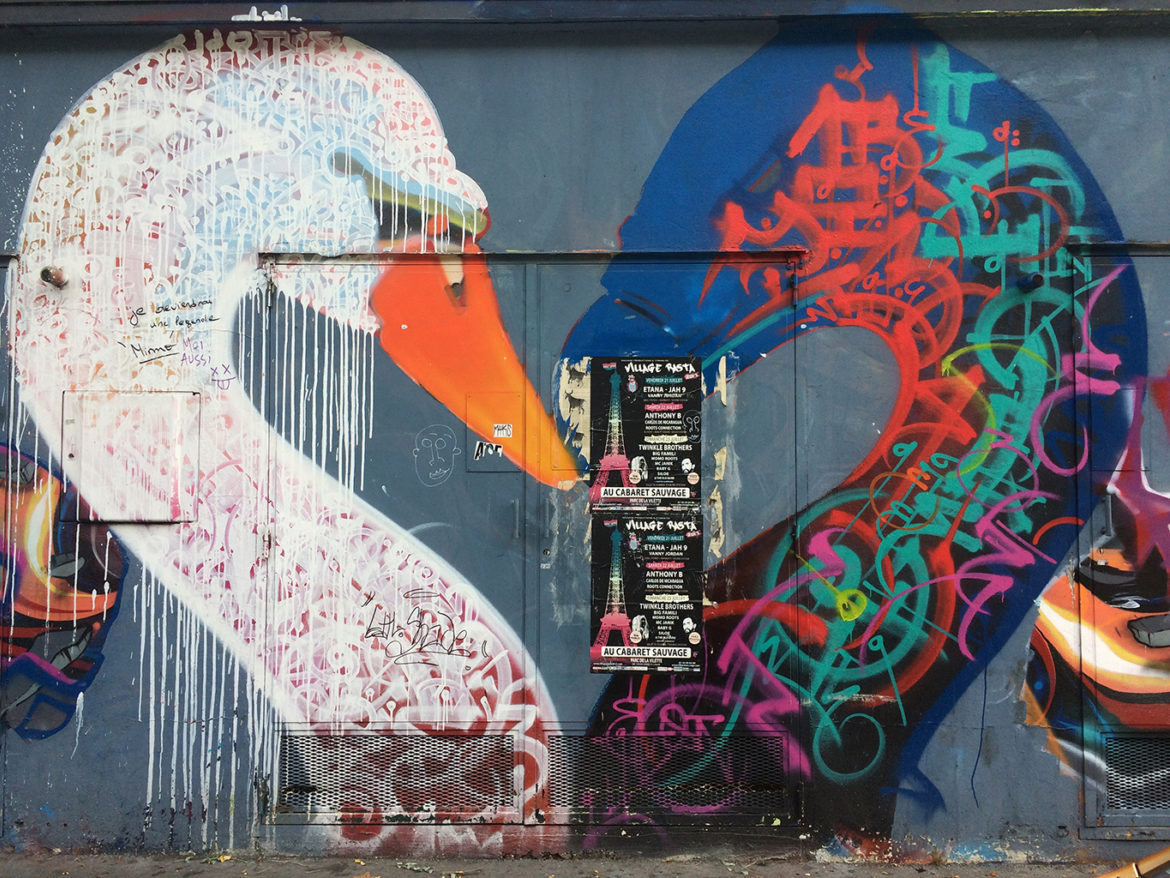 From there, I strolled down the rue Germaine-Tailleferre, boasting some of the most intricate works of art we’d seen during our three-hour-long promenade. A massive piece from Marko 93 proclaiming “Art is not dead!” even made it into A City Made By People’s September article about favorite local street artists around the world. 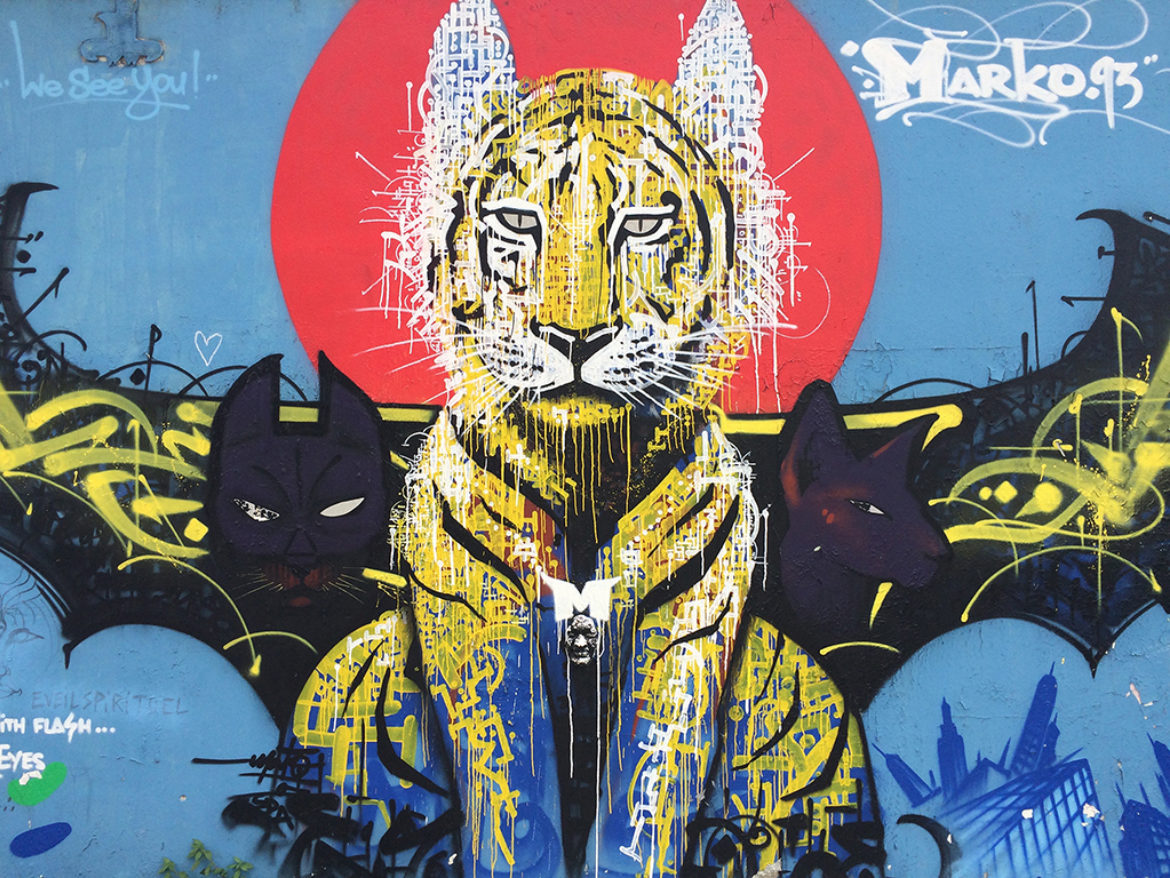 The street art tour ended at the Canal de l’Ourcq. Rather than large commissioned spaces like Rosa Parks fait le mur, the canal’s many bridges became canvases for more improvised, intimate pieces of artwork. In between impressive spray painted murals were smaller acts of expression, made using paper, glass, even plastic. 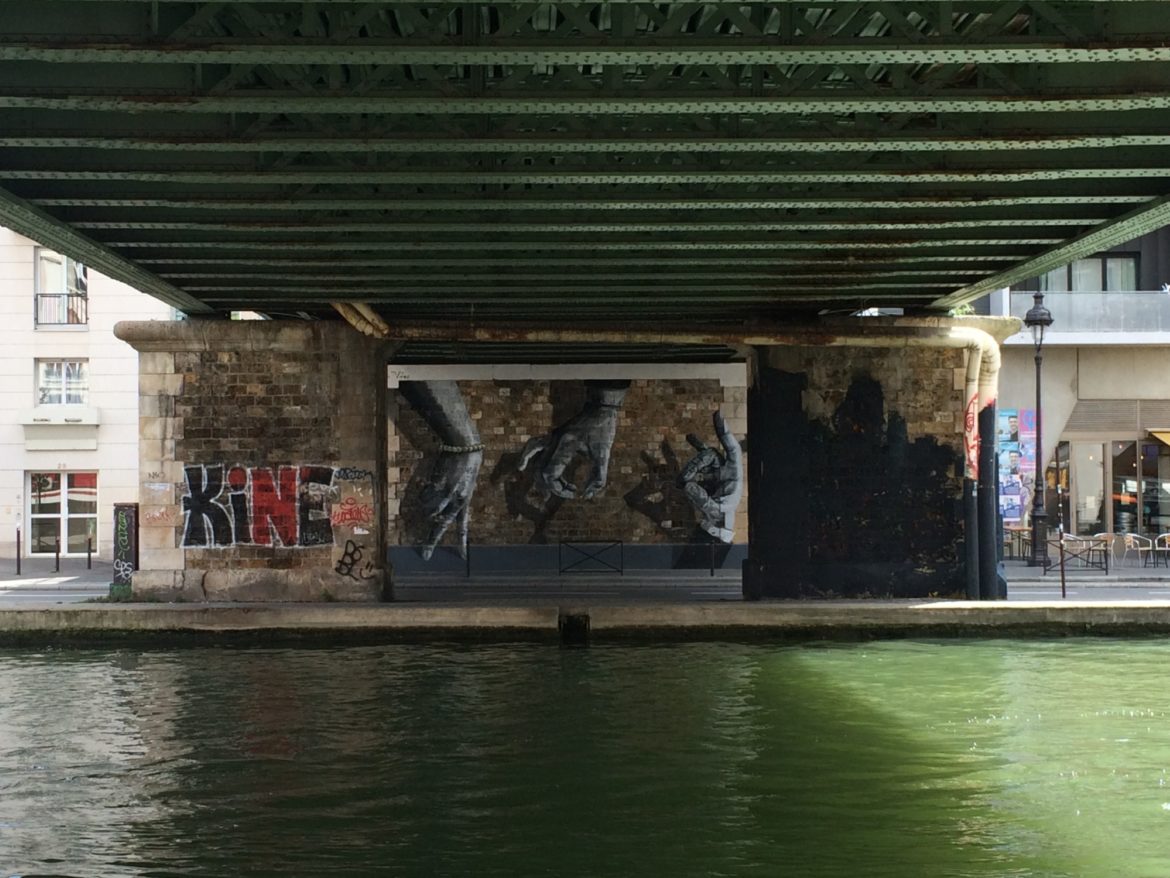 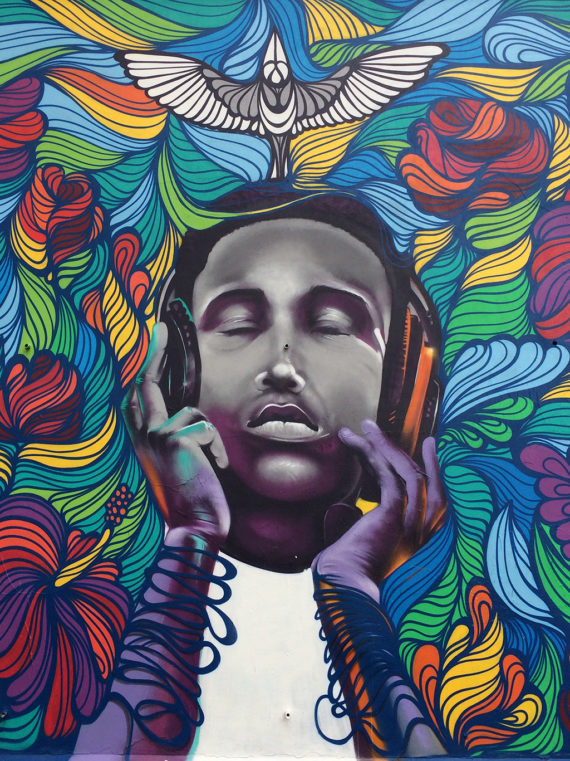 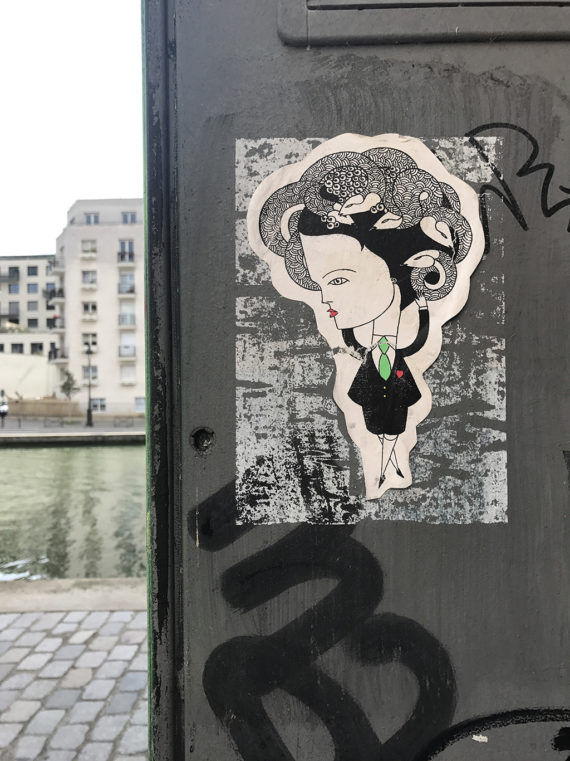 It’s worth noting that an itinerary such as this one will almost certainly be found in one of Paris’ many quartiers populaires, which could be loosely translated as a culturally diverse neighborhood. If you are wandering around the 16th arrondissement you may not stop every 100 meters to admire another piece of street art, but then again, Paris may surprise you.

If you like what you've read and want to read more stories of city life and culture, check out our print journal here: https://store.acitymadebypeople.com/ 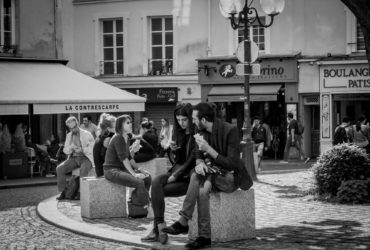