Abstract Art in Rotterdam - The Geometrical Work of Luuk Bode

The main subject of his art? Geometrical Abstract. Join our correspondent Laura and she interviews Rotterdam-based artist, Luuk Bode. He shares with us insights about his inspirations and stories of his artwork.

I’ve met Luuk by sheer coincidence at Erasmus University when he kindly agreed to help me adjust some of the prints for my photo exhibition back in spring. When I found out that he is an artist and does abstract art like me, I simply had to know more about him. This was also my opportunity to get to see an art studio in real life!

So, after a rather warm and agitated summer, we finally managed to find a time that worked for both of us and I got to see Luuk in action. It was not easy because it meant going all the way to Rotterdam South but it was definately worth it! So, join me in his studio and in his fascinating artistic world.

Hello Luuk! Please tell us a bit about your background and how you got to do what you do now

I’m an artist living and working in Rotterdam, and I make abstract paintings, drawings, and prints. I was educated as an illustrator at the Willem de Kooning Academy in Rotterdam, and I started making paintings after I graduated. At first I did a lot of illustration work, but my personal work became more and more important.

My early work was very much influenced by imagery from pop- and street culture, religious art, and design. After some time my work became abstract. Because of that, my personal projects became difficult to combine with illustration, and nowadays, I make large-scale abstract paintings, drawings, and prints. However, traces of my older work, rooted in pop culture, are still visible. 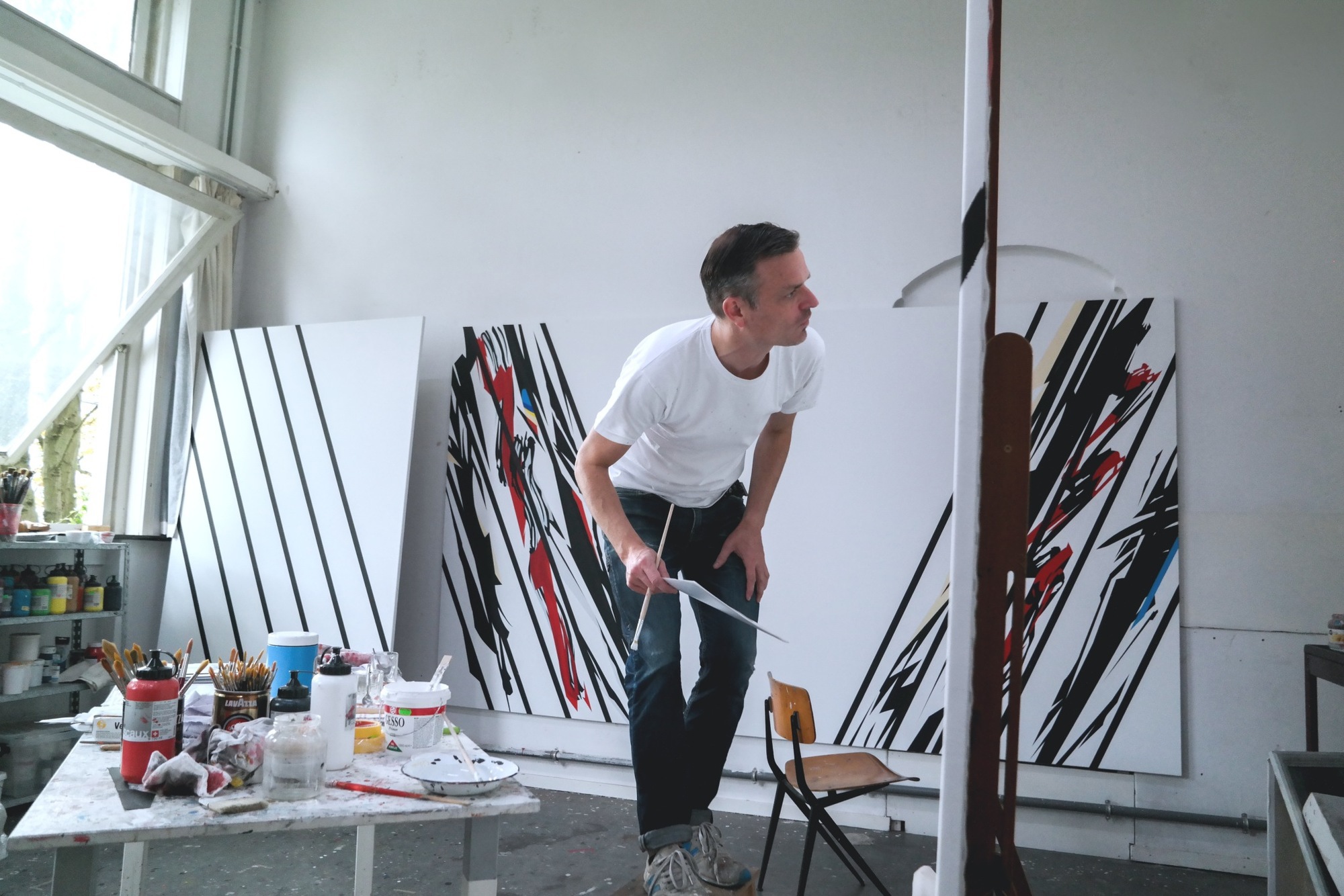 Why did you decide to start making art? Was there a trigger event for you at some point?

When I was a kid, I was fascinated by the illustrations in the Donald Duck magazine; especially the big painted ones by Dutch illustrator Hans Kresse were very impressive. A little bit later, when I was 11 years old I bought my first Iron Maiden album, and I used to spend hours looking at the gatefold sleeve while listening to the music. Making that kind of album covers - that was what I wanted to do!

What do you love to do most in your work?

Working in the studio, sketching or painting, on a good day (or night) with loud music is the best.

What inspires you now and is it different from what inspired you in the past?

I started out making figurative art, very much influenced by comic books, album covers, but also the religious art from India and imagery from the far east that I stumbled upon in the neighborhood. At the time, my studio was at home in Rotterdam West, and all these things were very close around me. Later on I moved my studio out of the house, and started to work in the South of Rotterdam. This meant I had to cycle all the way through the city to get to my studio. My art became abstract, more geometric and more monumental, connecting more to architecture, and to the boldness and starkness of the South of Rotterdam.

I didn’t realize at the time, and it wasn’t a conscious development, but looking back I found out that I have always been inspired by my immediate surroundings, and because of moving my studio, my work had changed. Because of this abstraction, I started to delve into abstract painters even more than before, and now this is a growing influence. 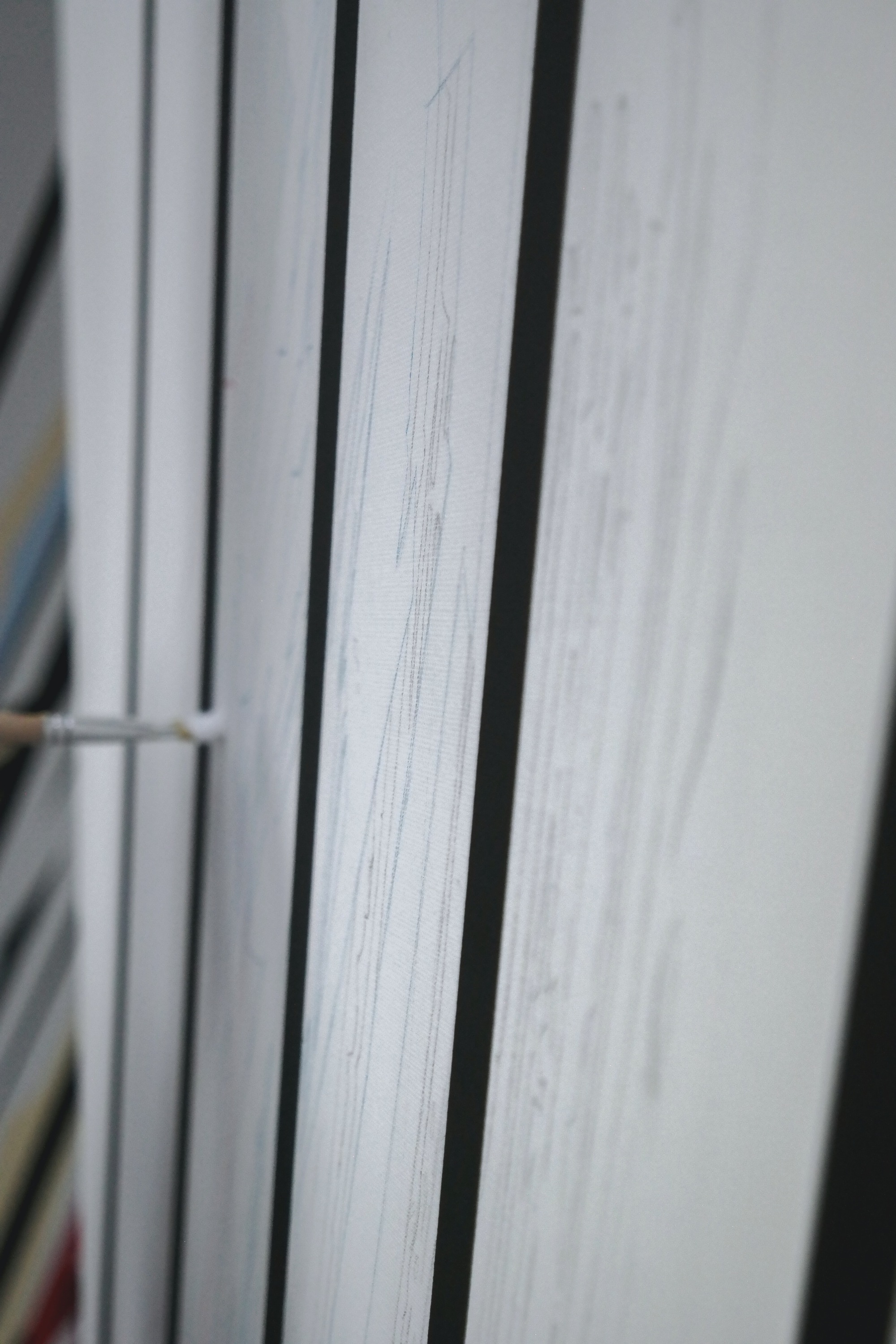 Is there a message (or perhaps more than one) that you wish to communicate with your art?

No. Having a specific message encrypted in my art would reduce it to a puzzle. Also, the reason for making art is to communicate with images. If it were possible to do that with words, I might as well write essays.

Main problem in the art world nowadays is that everything has become so verbal. Exhibitions, websites, everything seems to be accompanied by enormous slabs of (completely illegible) text to justify the art. My art is very visual - it derives from very simple, everyday things that I see, things that are mostly overlooked by many people. For instance, the headlights of some cars are infinite in their reflections, just beautiful.

Can you tell us about a challenging experience you encountered in your art and what you learnt from it?

I was involved with the Marten Toonder monument in Rotterdam (currently in restoration, due to be reinstalled next year.) I made it with three other artists: Hans van Bentem, Boris van Berkum (a.k.a. DJ Chantelle) and Pepijn van den Nieuwendijk. We called ourselves the Artoonists. When we got asked for this, I had never done any sculpting before. So my first reaction was to decline. But then Hans van Bentem said he was sure I could do it, and he would have my back if necessary. So I took the jump, and it turned out to be a hysterical project, very successful and I learned so much in that time. I’m very careful in my art, but this taught me that sometimes I should take more risks. 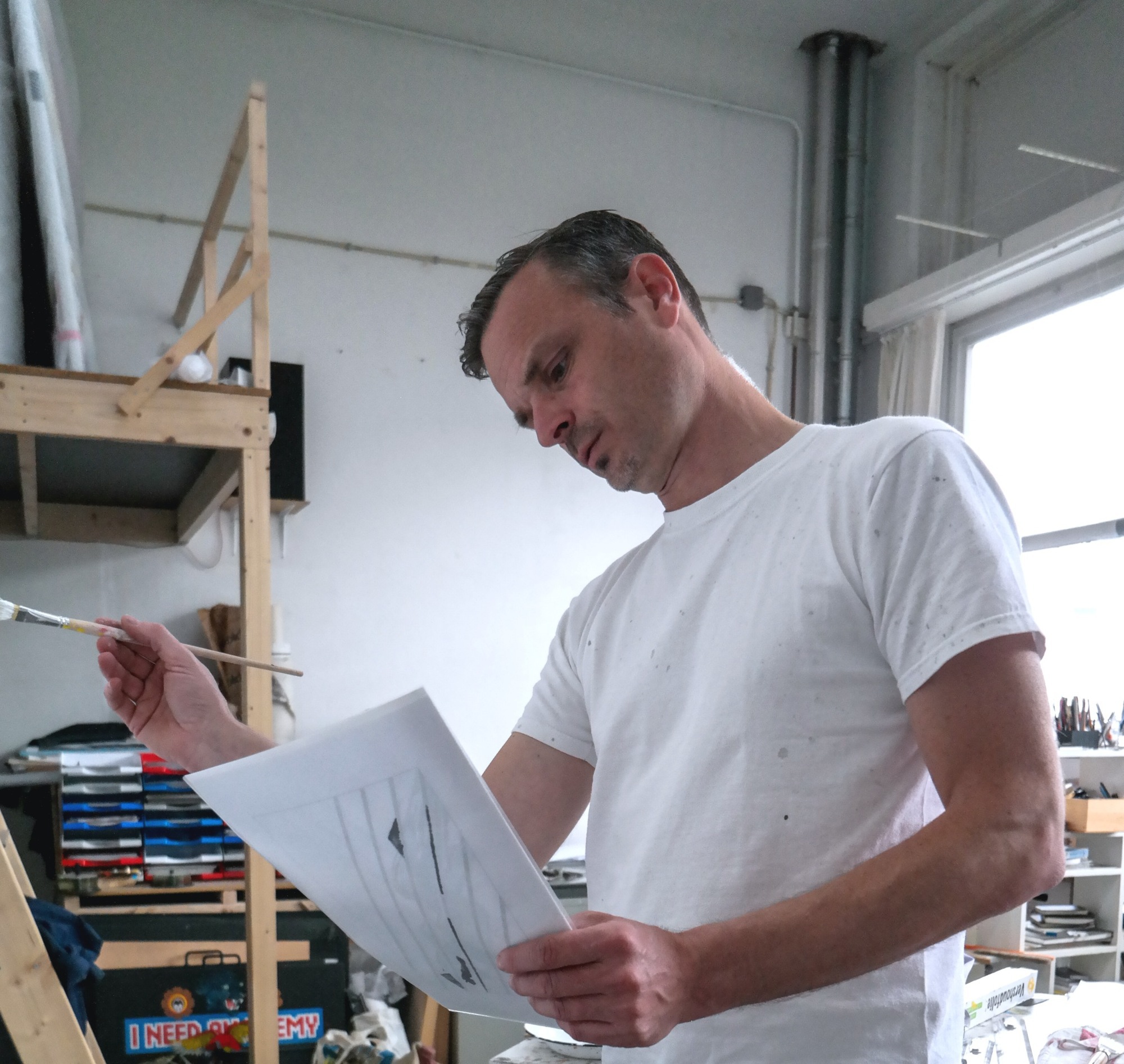 This happened at my ‘Pandorama’ exhibition at Zic Zerp Gallery. I remember entering the gallery from the back door, right after I had just finished installing it. I saw it from a fresh angle and everything fell into place. My art was all around me, I was in my own world, it was there, it was real, and it worked just as I hoped it would, maybe even better. These were large, pretentious canvases, and they were a new step for me, so there had been moments in my studio I doubted whether they would turn out all right, it was all or nothing. Large paintings bring tension; if they fail, they fail big. Especially after this insecurity, it felt like a victory.

I see you also did some fashion. Can you tell us more about that?

Next to my personal projects, I work on assigned projects. These can be murals, like I did for the Erasmus University and EGM architects in Dordrecht. I did some work for interior architecture: a floor design for the canteen of the Dutch broadcasting companies BNN/Vara, NTR and VPRO, and I recently finished a design for CIC in the Groothandelsgebouw in Rotterdam. This design covered the ceilings and the upper part of the walls.

Lately, I have done some work for fashion. GMraven is a company specialized in special tailor-made suits that have art on the inside. They invited me to make a design for which they gave me total artistic freedom - it was a great experience! I made two designs, the first one is available now, the second one is about to be released, and hopefully more designs will follow in the future. Also, I just finished working for fashion designer Rachid Assoui. I designed fabric that will be used for two silk dresses, which will be presented in his next show. 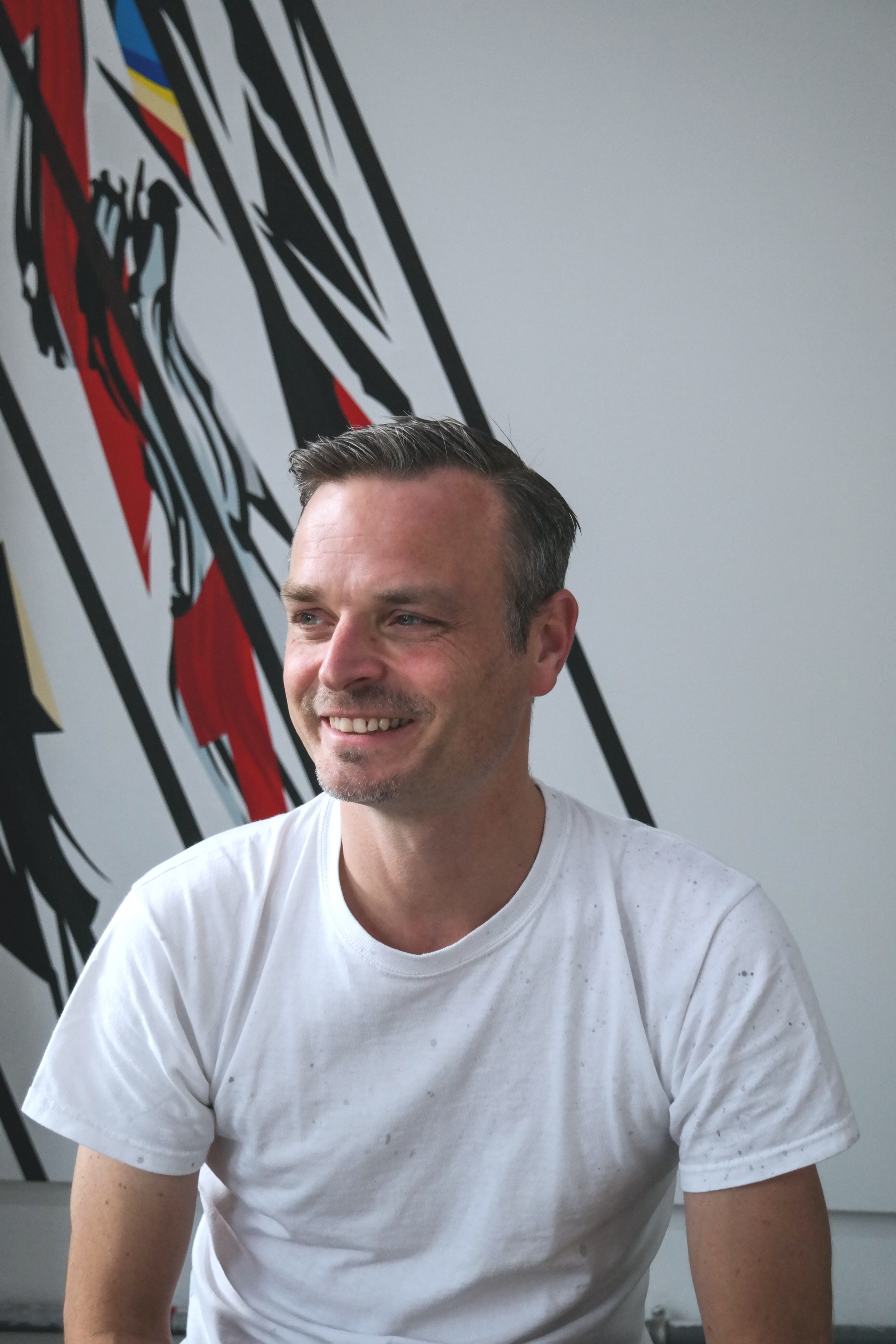 What projects are you currently working on?

At the moment I basically locked myself in my studio to do some very large paintings. I haven’t decided on how and where I’m going to show them yet. I want to focus on painting first, with as little outside factors as possible.

What inspired you to pursue these current projects?

Although rooted in my earlier work, nowadays the modern painters of the 20th century are a big inspiration. Especially those working in the sixties like Morris Louis, Kenneth Noland, Ellsworth Kelly, and others. The later work of Roy Lichtenstein is also very important. These are all big names so this all might sound pretentious, but I can’t help it, this is what inspires me now. These artists were all concerned with finding their ideal visual language. With the coming of conceptual art, this vision seems to have diminished - much to my regret.

What is next in your work?

I will be working on expanding this current series first, and this might take a while. But after that? I don’t know, and that’s the beauty of it. There was a time my art didn’t surprise me anymore. That’s when I decided to try some abstract elements.

Is there any advice that you would like to give to young and aspiring artists?

Don’t do it! But if you decide to do it anyway, do it your way and don’t give up. 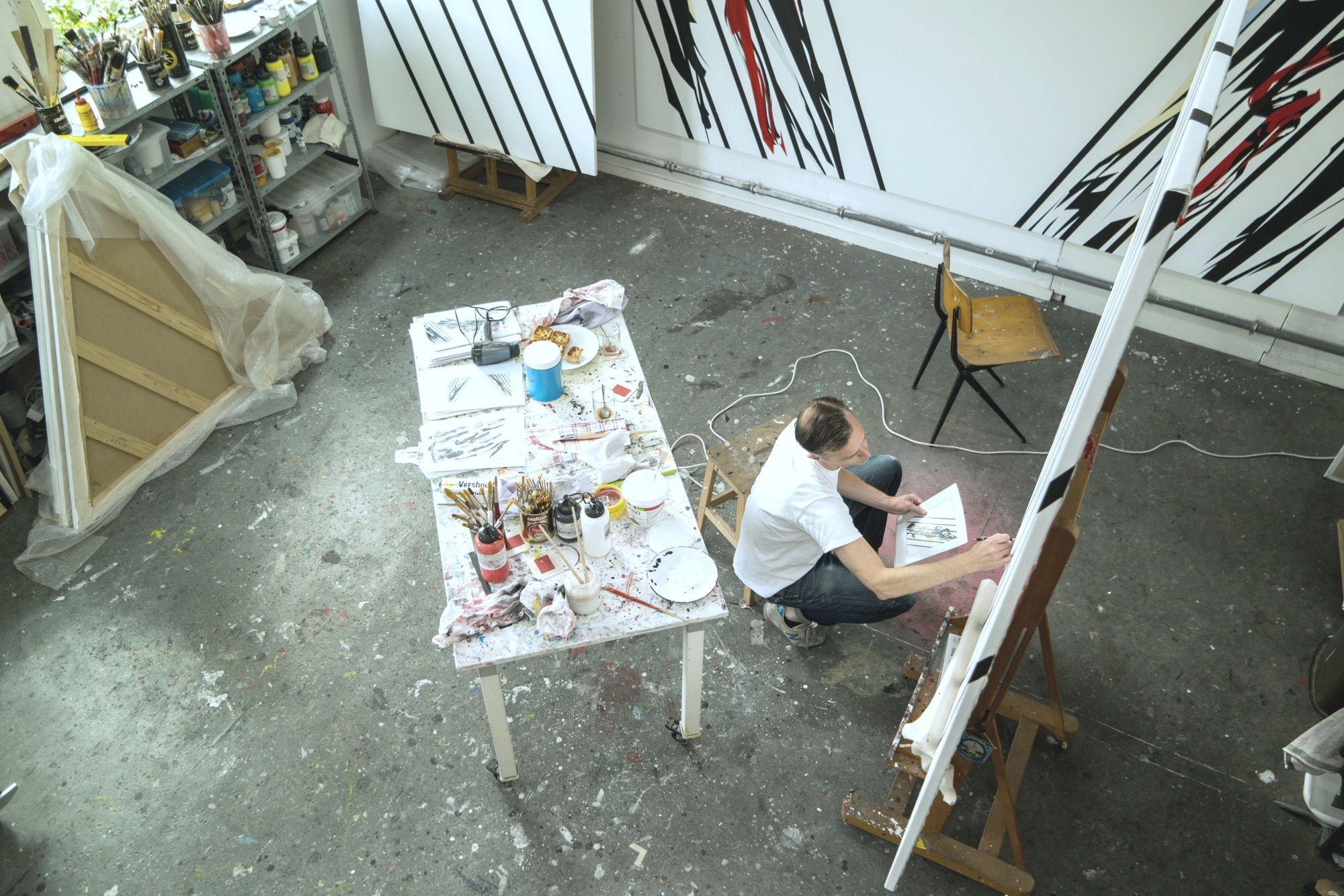 Let me start with a little dislike, so I can end on a positive note. The only thing bothering me is that the people here keep comparing the city to Amsterdam. There is no need to downplay another city in order to see that Rotterdam is great.

I like that Rotterdam is always changing, and recently the city is developing very quickly. I hope it doesn’t get too neat and slick though, it’s getting more and more popular and it seems to loose some of its rough edges, the boldness and the starkness that attracted me in the first place. However, even in the central parts of the city there is still a lot of open space. This creates a lot of opportunities to do something there, and this makes the city feel like an unfinished canvas. For me as an artist this is very important, it’s a very stimulating thought.

Want to see more of Luuk’s artwork? Have a look here.

You can also spot his art in Rotterdam:

•    The Marten Toonder statue, which is being restored right now. It will be reinstalled next year in early spring, between station Blaak and the Markthal. – so be sure to check it out!

•    The Erasmus University, in one of the bike sheds . Can you find it?

Words by Laura M.
All Photos Courtesy of Laura M. 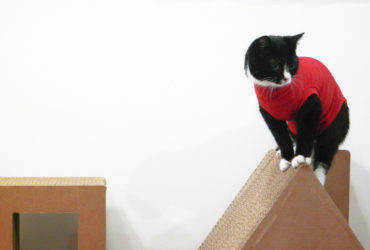 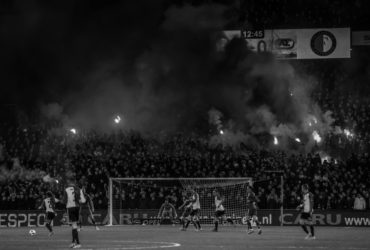 City of Football - The Three Clubs of Rotterdam 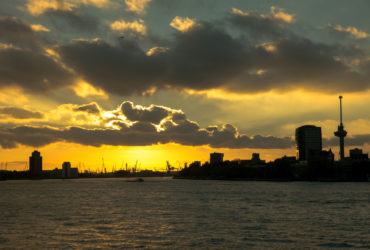 Our Bucharest Correspondent Meets Rotterdam for the First Time!