Join Sabrina as she meets advocate for better housing and local hero, Adrian Crook. As a single father of five living in a 1000 sf condo, Crook is aiming to drive real change in Vancouver's urban environment.

Meet Adrian Crook: video game designer, single father of 5, and advocate for better housing. He is known to many as the man behind “5 Kids, 1 Condo”, a blog offering insight on how a family lives minimally in an urban environment. Adrian has many labels: entrepreneur, father, minimalist, and activist, but we wanted to hear from the man himself to better understand his lifestyle choices and what role they play when it comes to driving real change in our city. 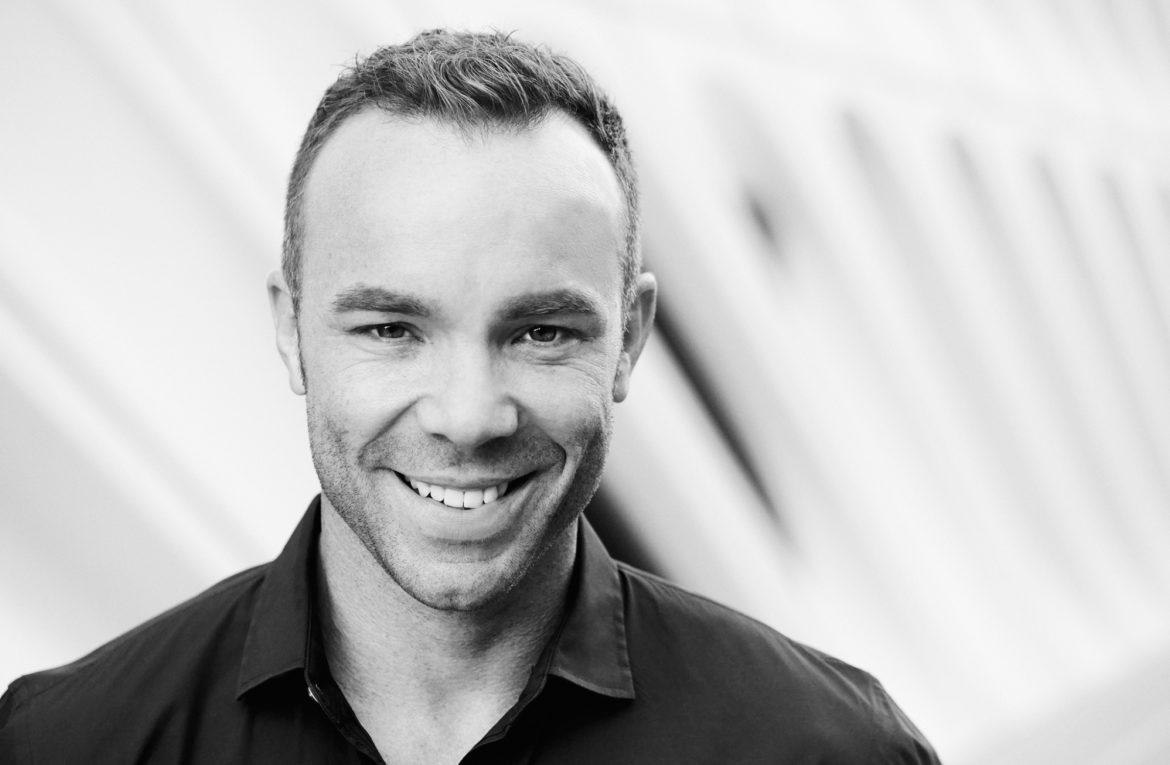 Adrian - as a successful entrepreneur, it seems that living in a 1,000 sf condo is more of a lifestyle choice than a circumstantial one. I imagine you get criticized about that a lot, so what is your main reason for doing it?

It's 100% a lifestyle choice. I've lived in houses before but they were not worth the hassle. With all the upkeep subtracted, I can focus only on what matters: relationships, family, and personal growth. I get a lot of criticism, whether it's for my writing at 5 Kids 1 Condo or my pro-housing advocacy group, Abundant Housing Vancouver (AHV), but it's not worth dwelling on any of it. I believe in what I'm doing. I've learned that relentlessly advancing facts and evidence in a positive manner, with a strong narrative, has the best chance to make real change. 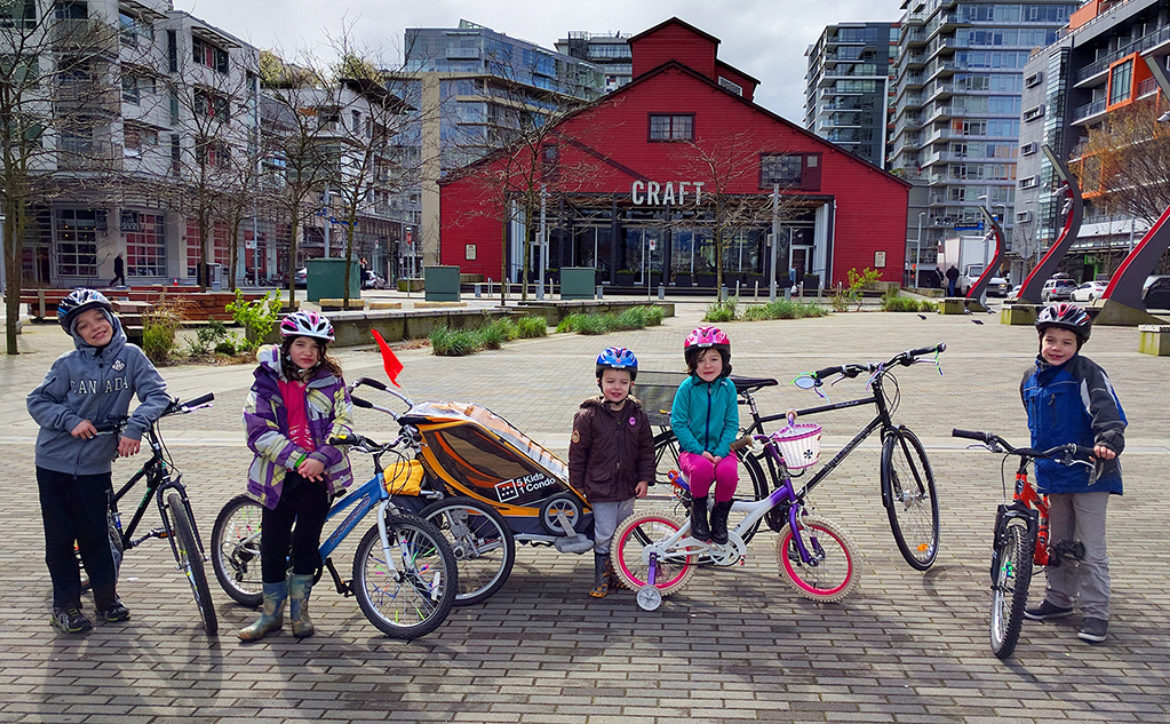 What does a day in the life of Adrian Crook look like?

My life is a bit 'schizophrenic' you might say. My kids are with me half the time (two weeks on/off), so when they're here I spend a lot of time with them, while still running my tech business and working with my advocacy groups. When they're not here, I have more time to myself to really devote to work and some self care. Sometimes I take a kid or two with me to speaking engagements, to relieve the load on the nanny a bit but also to show them what I do. 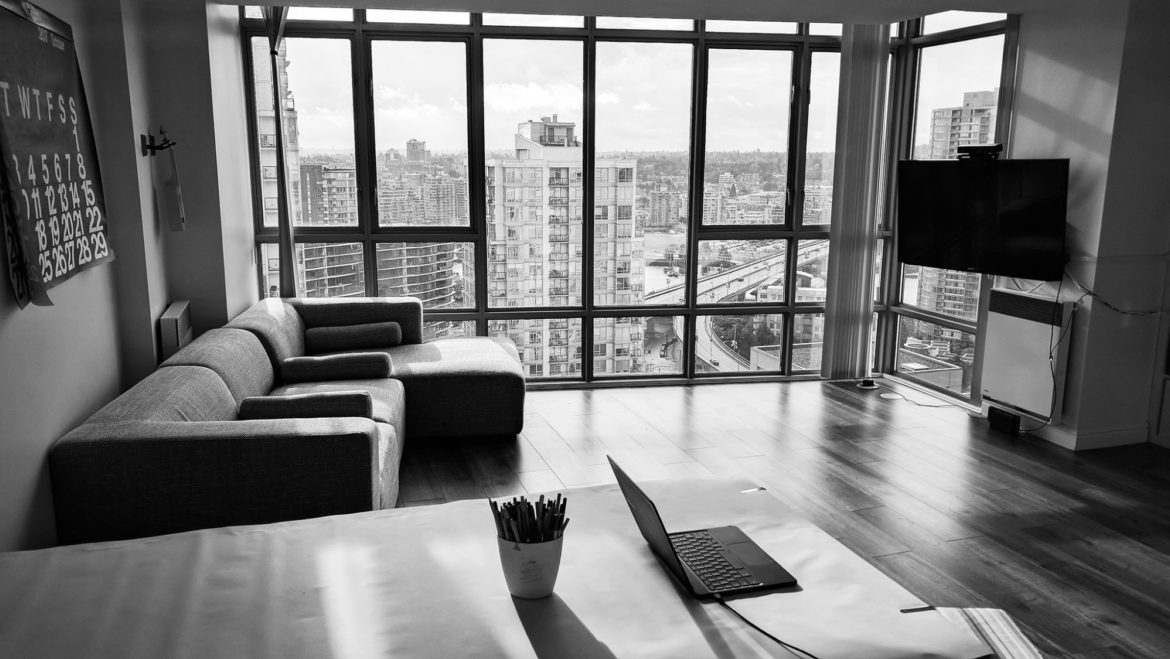 My company, Adrian Crook & Associates, is almost 10 years old now and we've never had an office space. As a self employed person whose needs change moment to moment, I'm allergic to fixed costs. It doesn't make much sense to pay for a 24/7 office space if I'm traveling half the time or don't even want to be in the office. Instead, I like to rent or pay for things when I need them. In the case of office space, we get meeting rooms at places like L'Atelier Coworking when I have to entertain clients.

When it comes to going car-free, I can free up the funds I would normally use to pay for a single mode of transport - a vehicle - and spread it between other modes that make sense for each situation: i.e. taking kids on the bus, getting a car share or even paying for a courier to pick up a package across town. This saves me the headache of navigating mid-day traffic. I'm all about flexibility when it comes to resource allocation. I value sustainability and minimalism and generally try to limit my consumption and ownership, so these types of on-the-fly transportation decisions make a lot of sense. Especially considering that my life has to scale between kid weeks and non-kid weeks... so it doesn't make sense to lock into a large owned vehicle full time. 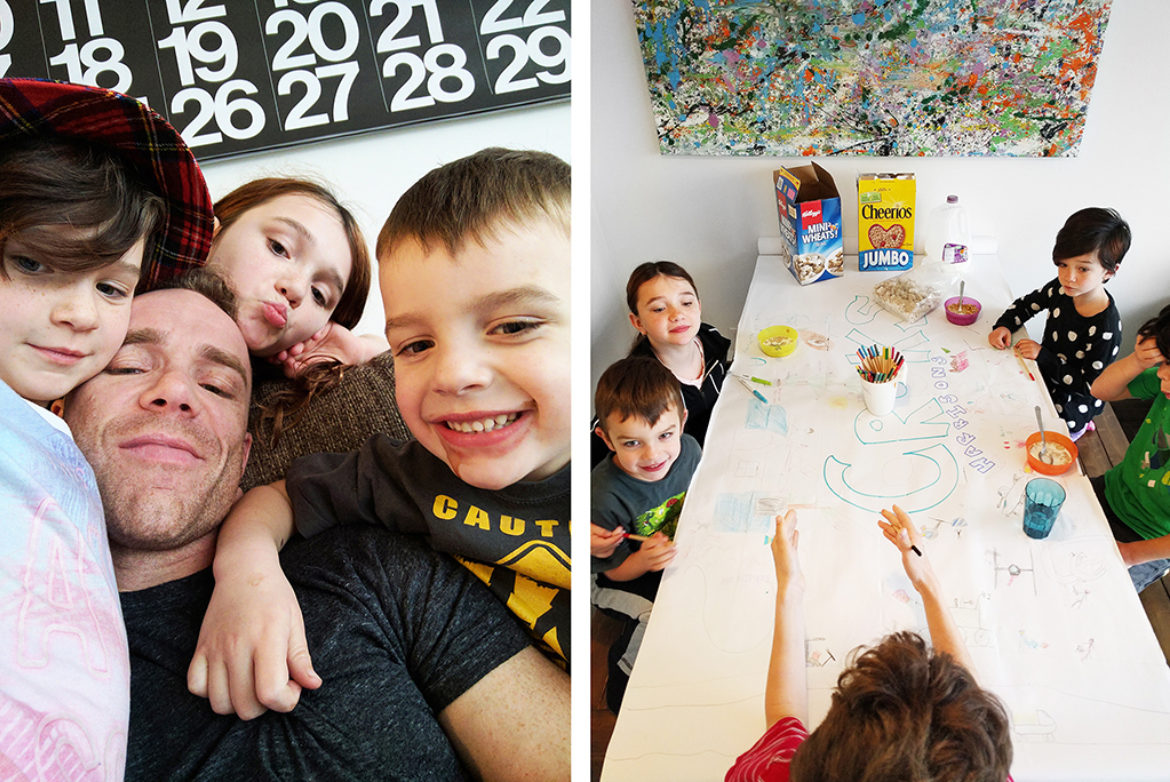 As an advocate for more affordable housing in the city, do you feel like you’re being heard and are you seeing real changes taking effect?

We started Abundant Housing Vancouver over a year ago and have had a tremendous response from the City and press. We draw nearly one hundred people to our walking tours of the city's worst zoning. This is meant to highlight how we used to build more "gentle density" housing prior to 1940, but now everything besides single family homes is illegal in 75% of the city. To date, AHV has been funded entirely by us, but we're now setting out to scale it up. This is something I'm really looking forward to diving into as we see a lot of our talking points reflected in politicians’ messaging these days, whereas a year ago that wasn't the case.

You are advocating for children to be able to take public transportation alone so that they can learn to be independent but many disagree. Why is this issue so important to you?

The reception has been universally positive for what I'm trying to do with respect to my kids. The issue is so vitally important to me because it strikes at the heart of our judgment as parents, and says that even when we've done everything right and there's been no harm or negligence, we still risk government intervention in our lives. My goal is simply to raise confident, independent human beings - obviously not to risk their health or happiness. 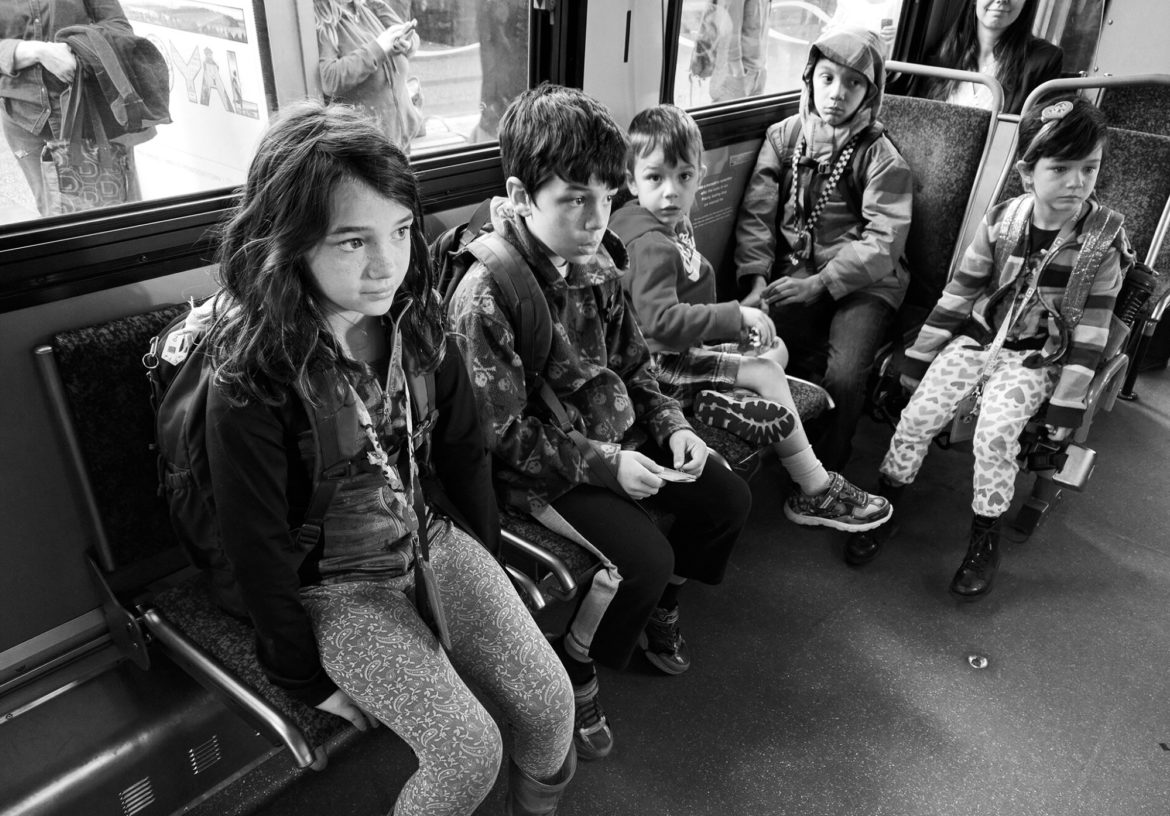 You could technically live anywhere in the world, why Vancouver and why insist on living downtown?

Vancouver is really a tale of two cities. Outside of the downtown core, we're surrounded by the Single Family Home Reserve - the 75% of our city's residential land where it is illegal to build anything but a house. The downtown area, which is a world-renowned example of livability and density done right, is actually just a tiny part of Vancouver's land mass. To me, it's the most sustainable, healthy and interesting part (although all of Vancouver is fantastic, by global standards). And while I don't think the towers of downtown are the right fit for everywhere in the city, I would like to see some more gentle density throughout those other areas outside of downtown - row homes, bungalow courts, low-rise apartments and the like. It would reinvigorate neighbourhoods on the West Side, which have actually declined in population - and if done on a broad scale and with an emphasis on rental, would restore affordability to our market. 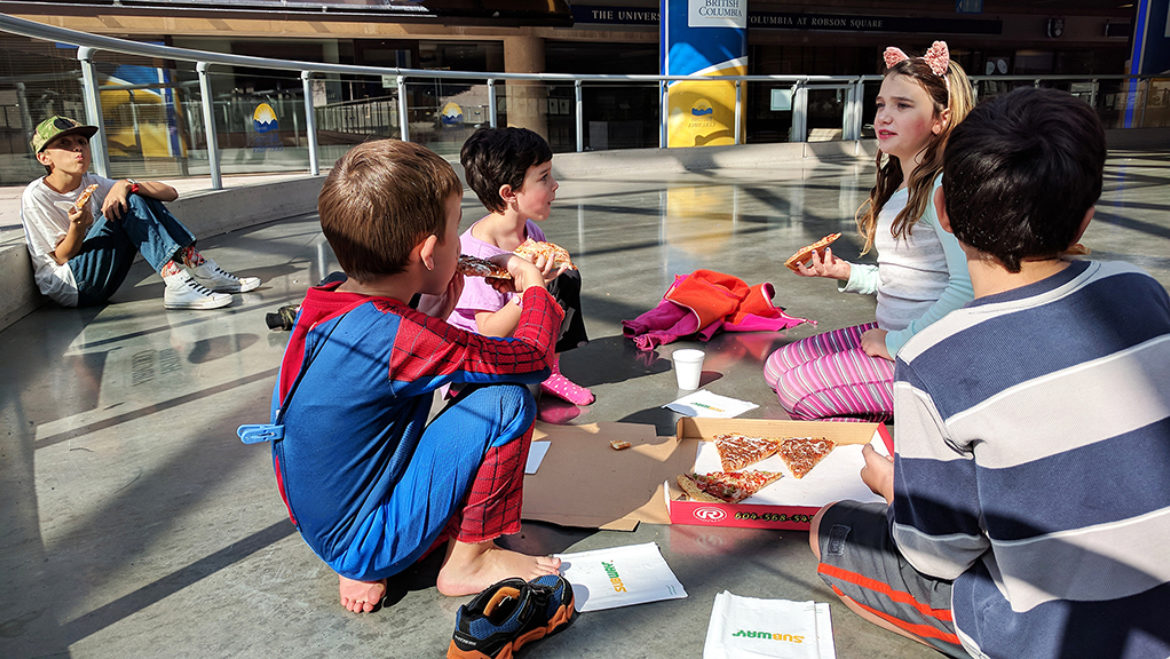 How do you define your role as a father? What are some stereotypes of fatherhood that you don’t identify with?

The bumbling dad is the stereotype I find most offensive, followed closely by the emotionally closed off, unable to say I love you dad. I'm not interested in either. The first one is just wrong, the latter is an antiquated expression of masculinity. I want my kids to see capable, empowered, emotionally expressive parents who can say I love you or apologize to them when needed. 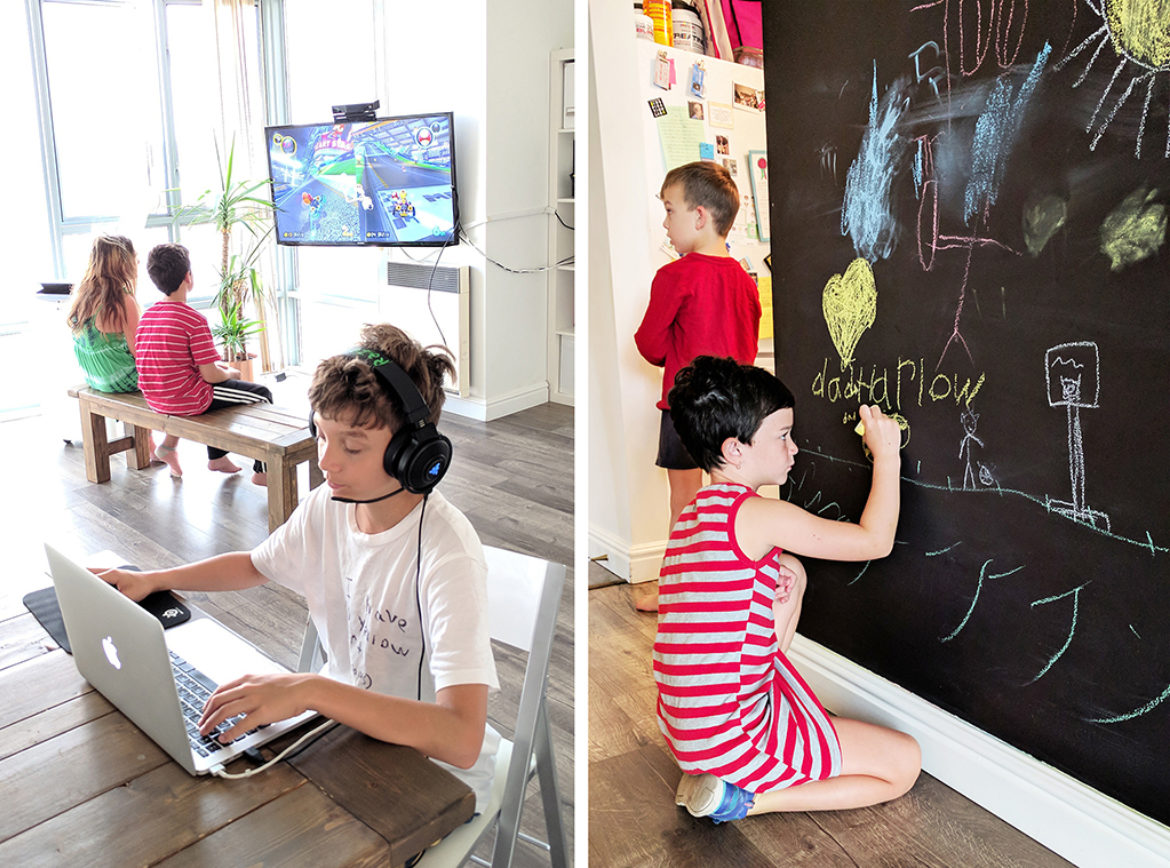 People are always complaining about the difficulties of dating in Vancouver. What’s your experience and what are you looking for in a partner?

Someone who is engaged on a civic level. A strategic, big thinker. Analytical but creative. Also, they'd have to be able to not just tolerate, but embrace, having 5 kids half the time... in a condo, no less! Needless to say, I might be single forever.

A big thank you goes to Sabrina and Adrian, not only for the interview but for also opening a dialogue for the urban housing environment in Vancouver. For more information, you can check out Adrian's blog at 5 Kids, 1 Condo.

If you'd like to read more exciting stories of city life and culture, check out our print journal here: https://store.acitymadebypeople.com/