Amsterdam as sharing economy frontrunner - the good, the bad and the ugly

Sharing economy platforms are taking over our cities. The most obvious one, Airbnb already has over 60 million users operating worldwide. Amsterdam happens to be a frontrunner in this global we-conomy madness. But what effect does it have on the city?

Sharing is the new having, and it has defied all logics that our consumer society was built on. The way sharing economy platforms manifests themselves is by putting ideas into practice first, then do the research, and lastly think about creating the rules. It’s challenging but it also offers opportunities for our society and its citizens. A society where ‘access to’ is more important than ‘owning it’ sounds like an ideal hippy-ish economy where people benefit from each other’s goods and services. But how ideal is it in reality? 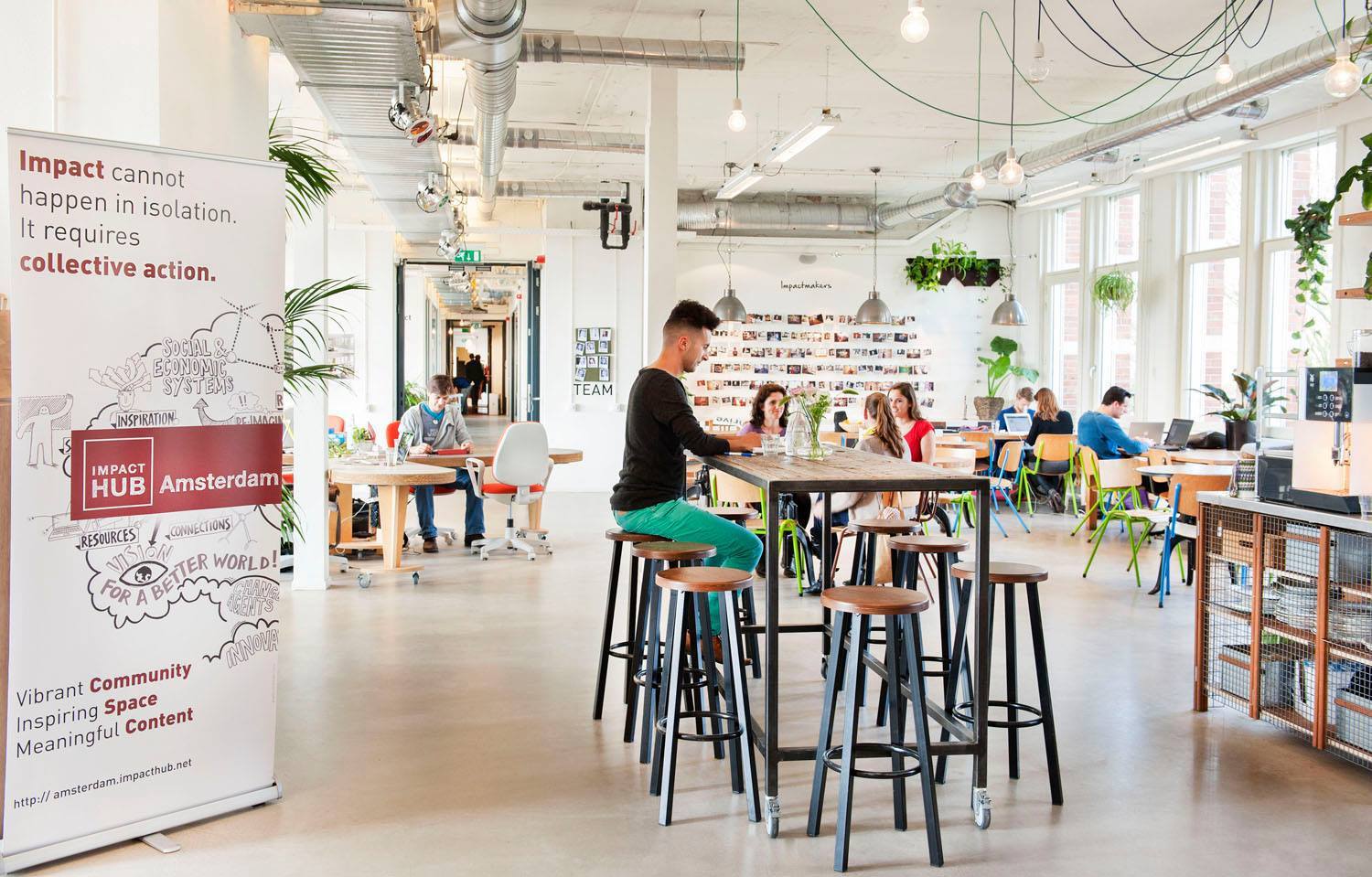 Amsterdam as a frontrunner

By now it’s pretty obvious that success stories of young peer-to-peer companies are not just a hype in Amsterdam but a new way of doing business. At least 84 percent of Amsterdammers are willing to participate in such a decentralized economy. In fact in 2015 Amsterdam was named the first Sharing City of Europe. And it’s not by coincidence! The city lends itself perfectly for a sharing economy structure. The high density of people in a relatively small place makes the exchange of goods and services between locals and from locals to tourists extremely accessible.

The government welcomes the sharing economy with open arms and is giving it an extra impulse. The city launched a pilot in spring, offering foundations the chance to use cars, office supplies and other goods free of charge with the idea that these initiatives will use the borrowed goods to make a positive impact on the city and its citizens. The government is actively collaborating with peer-to-peer companies to build a more sustainable city such as Peerby and SnappCar. One of their goals is to have 100.000 sharing cars by 2018. 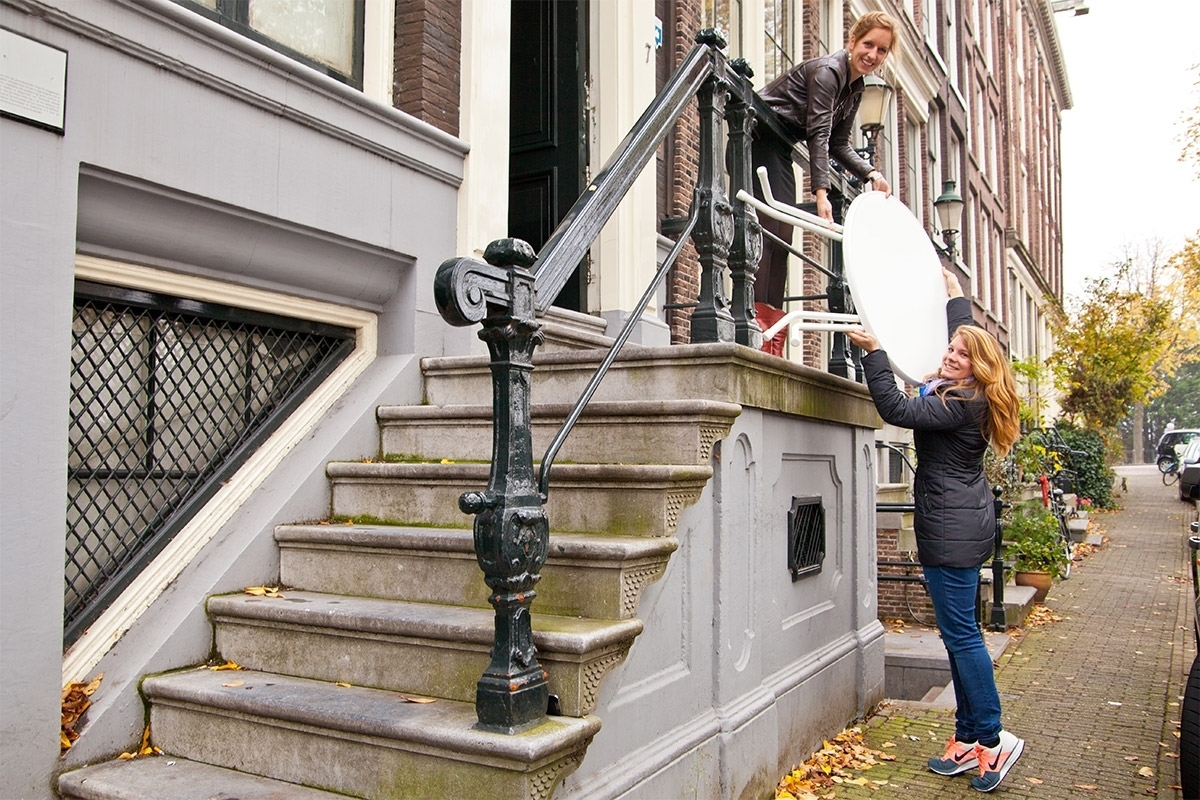 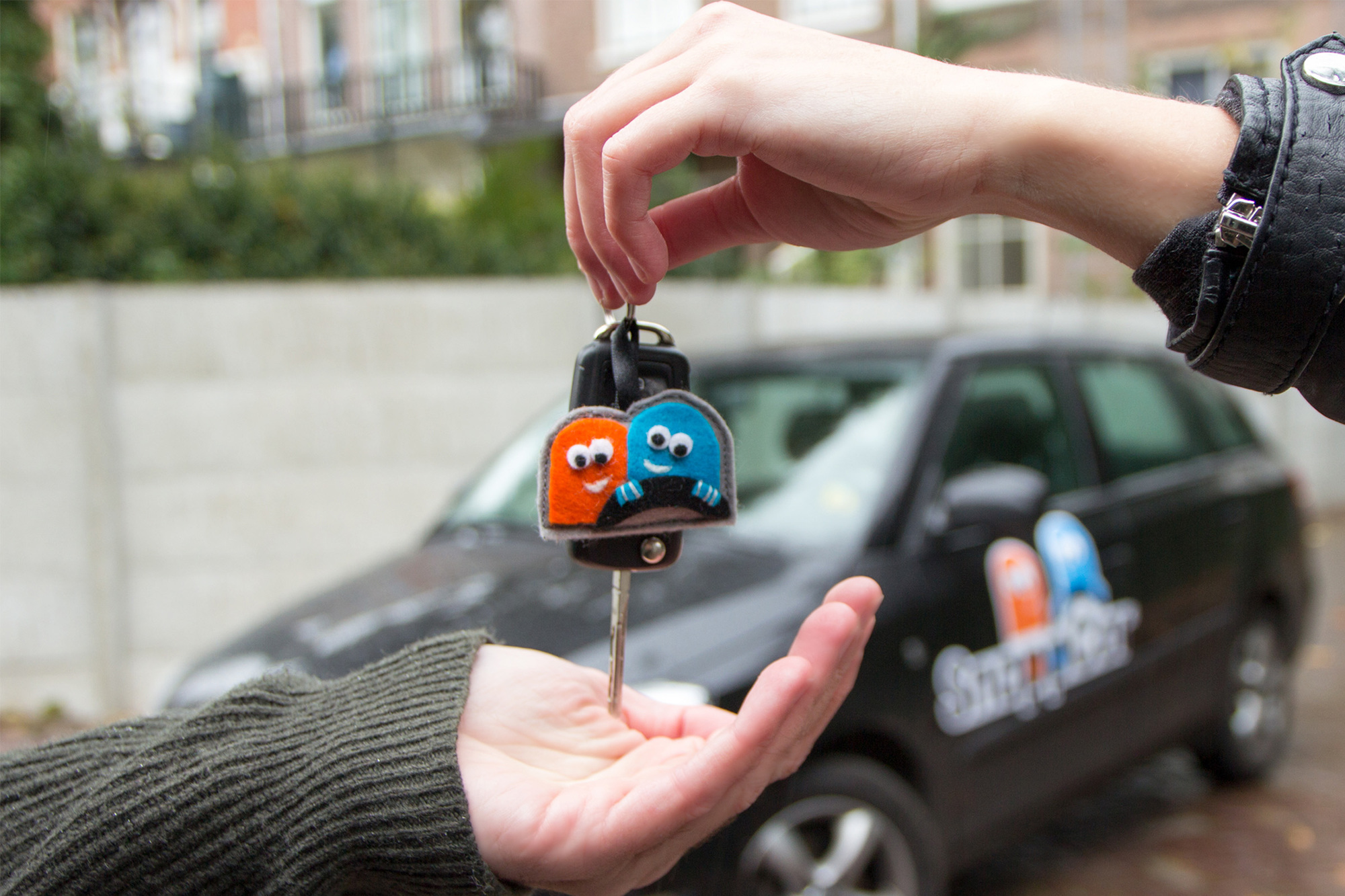 Borrow a car from one of your neighbors. Image courtesy Snappcar.

The merits of a sharing city

Many people in the city personally benefit from the sharing economy platforms as well. They can save or earn a few extra bucks by renting (out) excessive goods and services. But they also enjoy the social and citizen participation aspects that comes along with it. And many feel like they’re contributing to a more sustainable city. The sharing economy has a positive impact on the environment! Mobility, goods, food, services, accommodations are all being put to use in a more efficient and sustainable way.

Take a company like Barqo or GoBoat for example which connect private boat owner with tourists and locals who want to rent a boat for the day. Boat owners don’t use their boat 92% of the time. There are plenty of people who would love to take the boat out for a day and pay up a few bucks. It’s a total win-win situation. 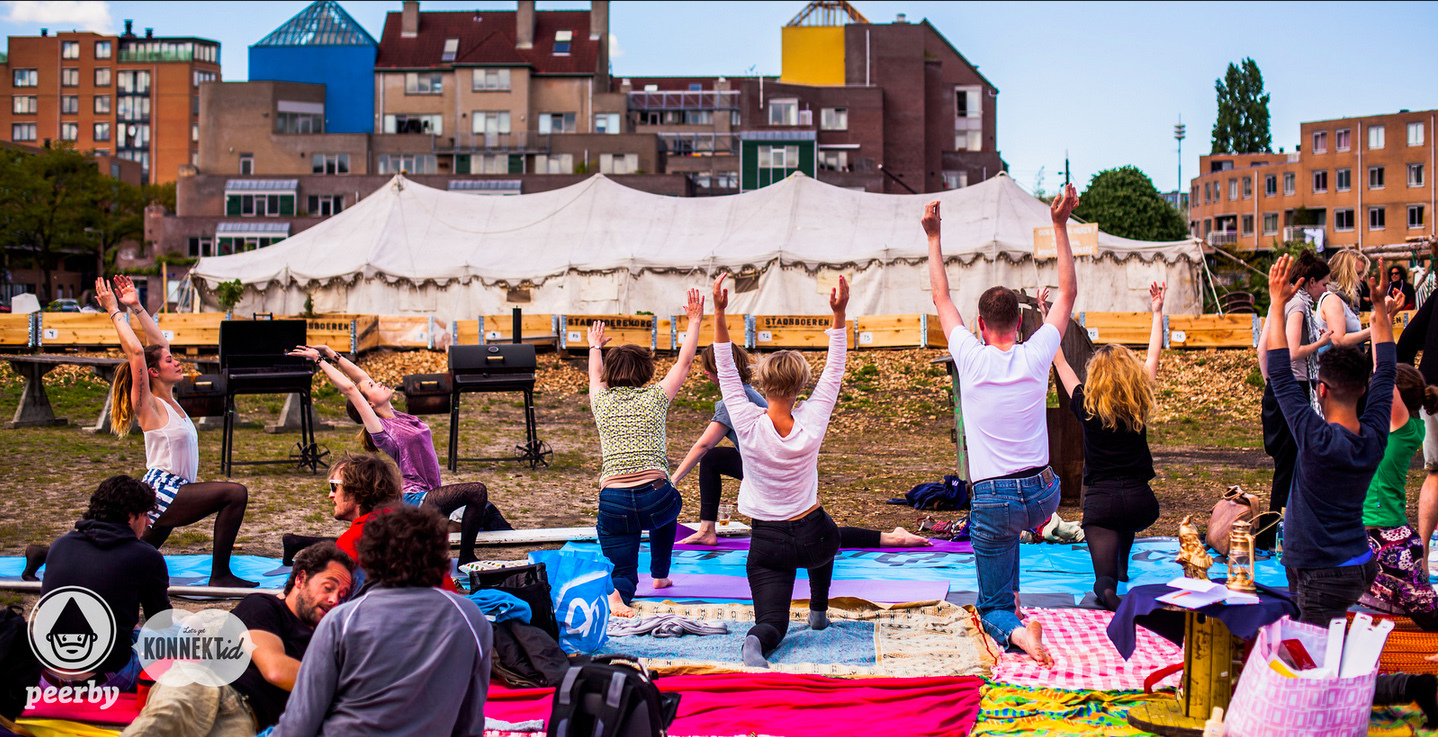 A platform to share knowledge and skills. Image courtesy Konnektid.

The challenges of peer-to-peer companies

Many sharing platforms are acting out of ideological motives. But there are still a lot of challenges. As mentioned earlier the current law enforcements aren’t made for these innovative peer-to-peer companies. Many concepts are facing obstacles that turn into political games.

Thuisafgehaald.nl is a platform that connects neighbors and fights food waste by offering excess home cooked meals to be picked up for a small price and is considered legal business. But GoBoat or Barqo are officially not legal because boat owners need to have an operating license which aren’t handed out to private individuals.

Even Airbnb was operating illegally for two years in Amsterdam until 2014. But because of its unstoppable popularity the government decided to covenant and allow 60 days of renting out your apartment per year.

The regulations of what is and isn’t allowed is still a fine-line. 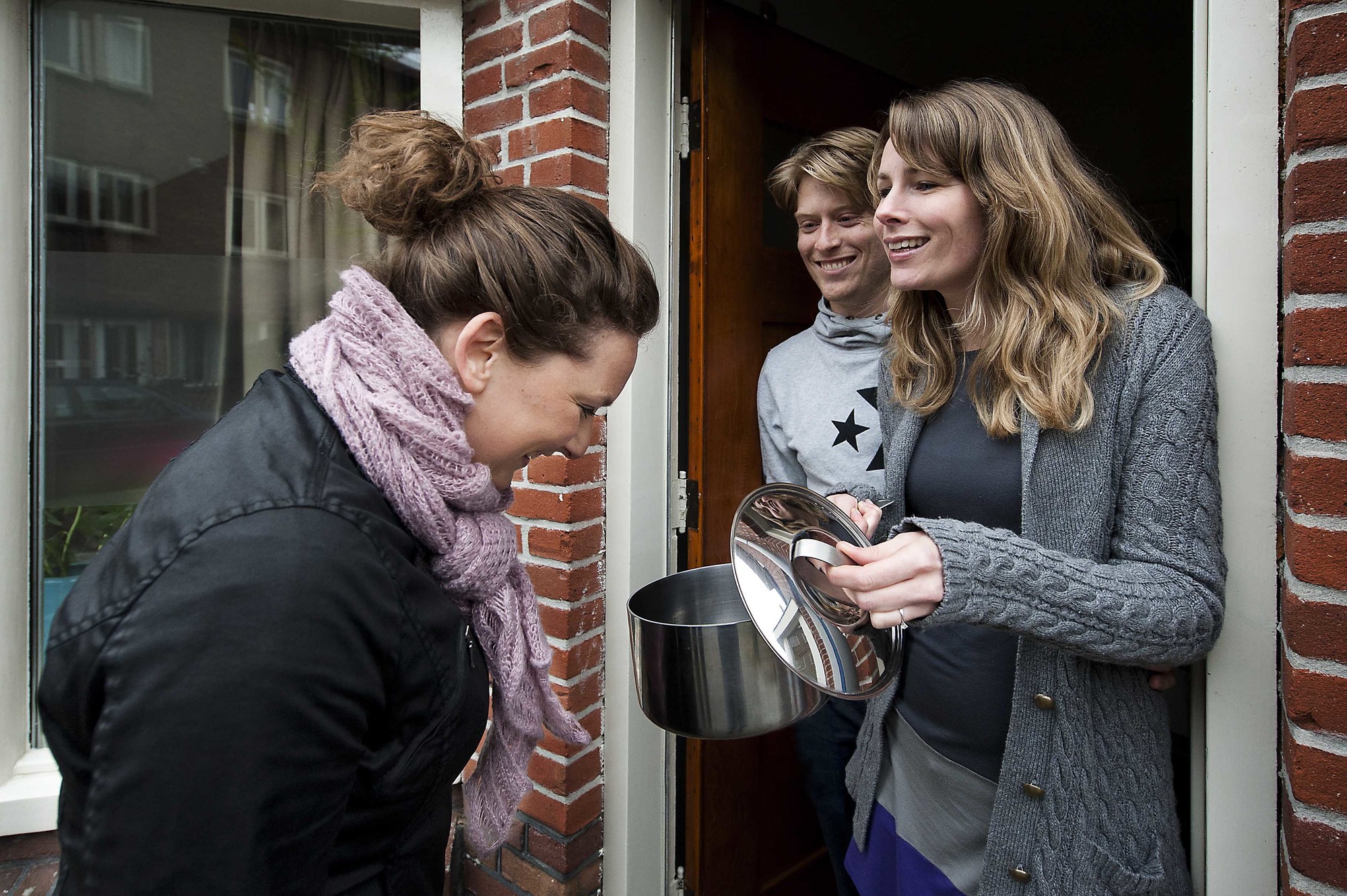 From social platforms to commercial beast

The sharing economy still sounds pretty much ideal huh. But many old time locals are experiencing the down side of these the ‘sharing economy’. In a Dutch documentary by VPRO Tegenlicht Amsterdammers are complaining that their neighborhood is not their neighborhood anymore. Airbnb in Amsterdam has little to do with sharing economy but has rather turned into a big commercial beast with over 18.000 apartments available for short stay renters. Random money shots are buying up houses to exploit them to tourists who frankly don’t give an *excuse my French* about the neighbors or the rules. Drunk and high tourists are urinating and vomiting in people’s porches and many residents experience noise disturbance.

Especially the residents of Haarlemmerbuurt are seeing a dramatical change in the neighborhood with an increase of drug dealers who are facilitating to drug tourists.

Can too much success of such a sharing economy platform actually cannibalise the city and its citizens? What about becoming a sustainable city? 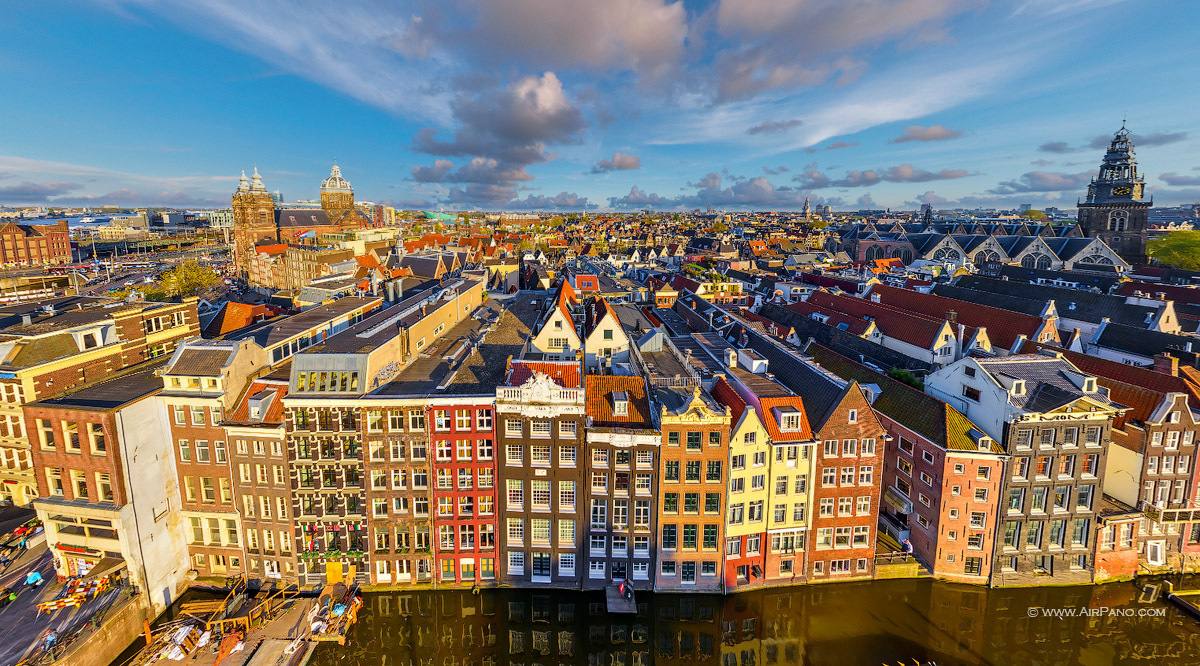 New policies aren’t only necessary for Airbnb but for the entire sharing economy system to benefit both the platforms as well as the city and its citizens. It offers great opportunities and can function as a catalyst for social cohesion and a sustainable city. Every shared drill, car ride, or meal brings people together online as well as offline and increases local business activities. Risks include an uneven playing field or a lack of social security. Thus sharing economy is not a question of banning or authorizing, but of monitoring and seizing opportunities where possible.