‘Boiling makes crowdfunding simpler and faster than ever,’ a motto most true. Last week we gathered at Het Parool Theatre to listen and vote amongst four impatient city makers. And of course, to eat some delicious and warm soup! This is Boiling Amsterdam, a crowdfunding innovation.

At the Het Parool Theater, there comes an event where ideas, knowledge, and energy come together. As an instant crowdfunding platform, Boiling’s concept is simple. You, the crowd, hear four pitches of initiatives in Amsterdam who need your help. Your €10 entrance fee is your vote, and the winning idea takes home the collected sum as a donation to their project. What’s even sweeter is that the total of that donation is also doubled by Boiling’s partners: Knowledge Mile, Akzonobel, and Gemeente Amsterdam. 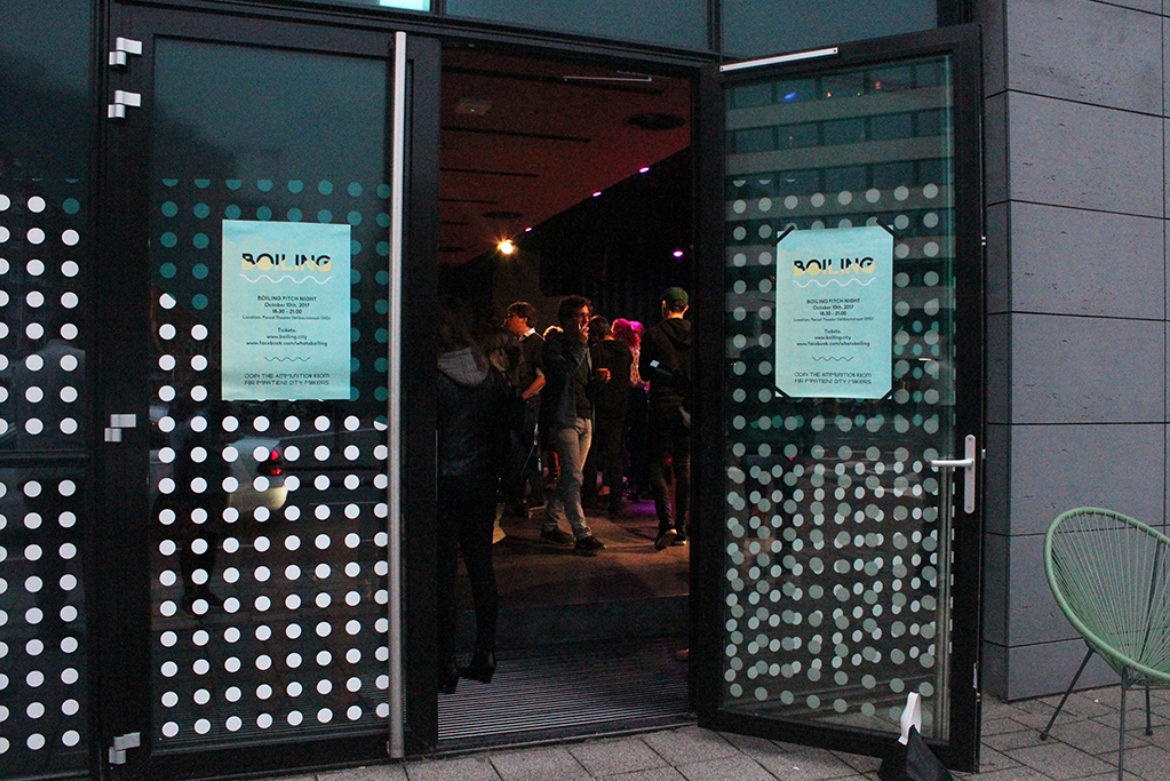 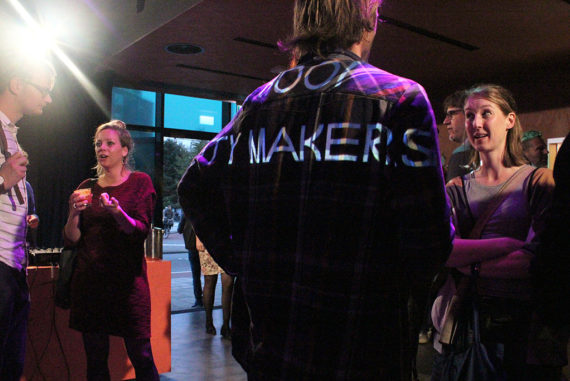 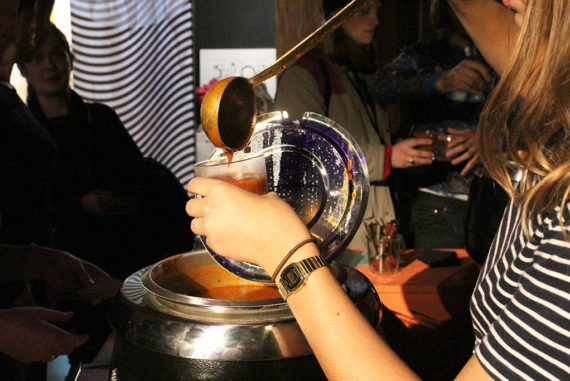 We at A City Made By People love anything and everything to do with making out cities better, so we attended the event to help shape what happens to our tomorrow. With our tomato soups at hand, we took our seats all excited to hear some of the bright ideas happening in Amsterdam.

As the crowd, we were highly encouraged to note down valuable tips that could help each city maker with their project. Whether that comes down to volunteering, donating, or sharing connections. And genuinely, it’s a nice thought knowing that each pitch heard is going home with something that could help them. 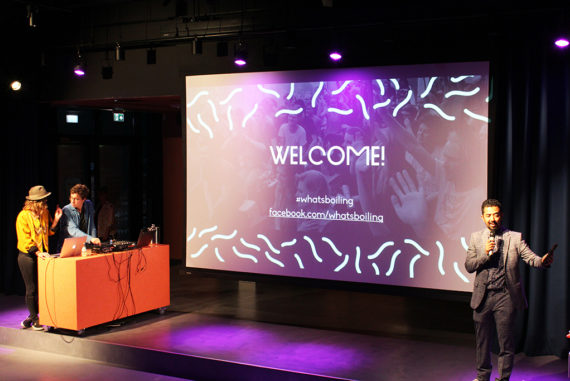 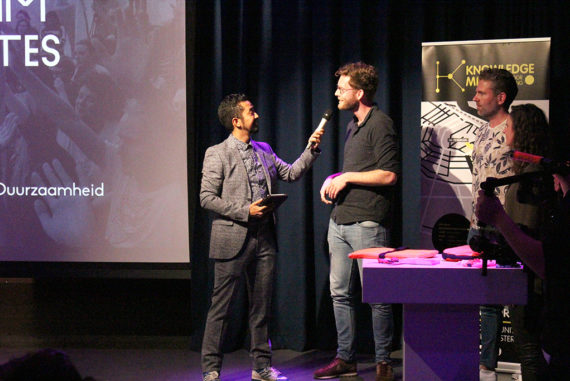 "Boiling makes crowdfunding simpler and faster than ever." 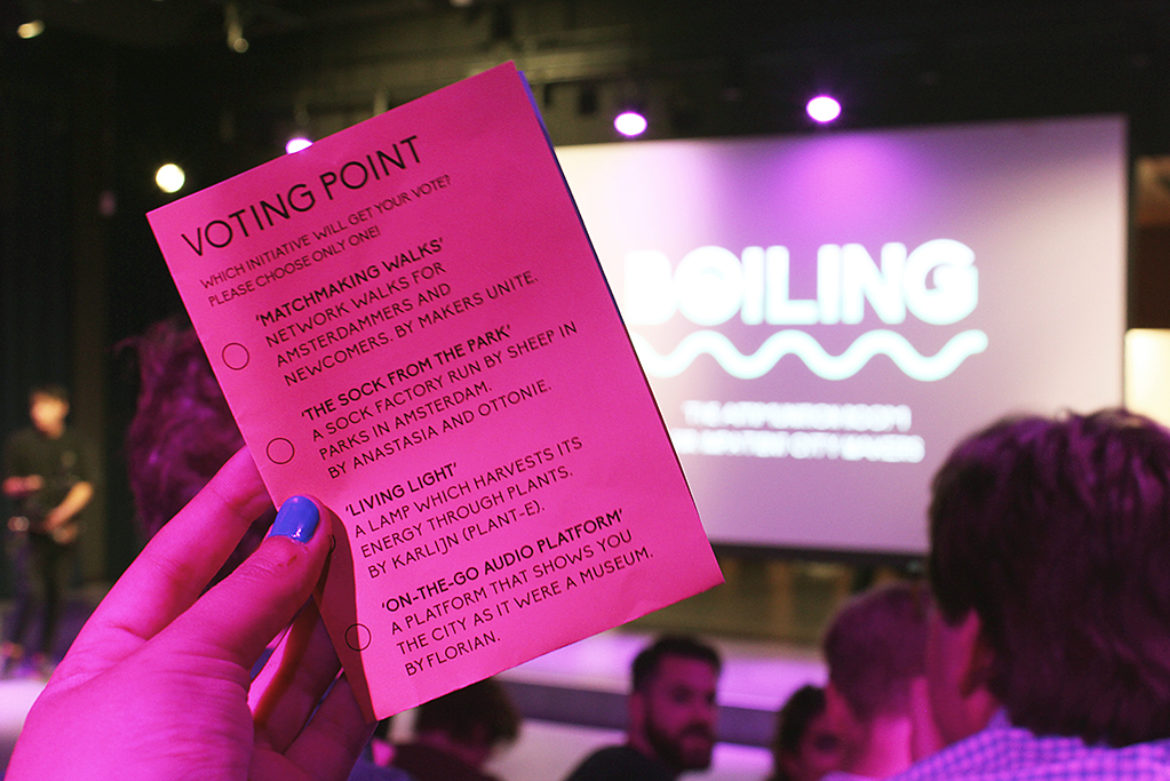 First up on stage was Matchmaking Walks by Makers Unite, a social enterprise where local people and newcomers meet. They are a Dutch initiative that aims to create opportunities for refugees and to also, give new purpose and use to orange life vests. Matchmaking Walks is aimed at connecting creative newcomers with local organisations, and by walking a route in Amsterdam they are able to meet and learn from one another. 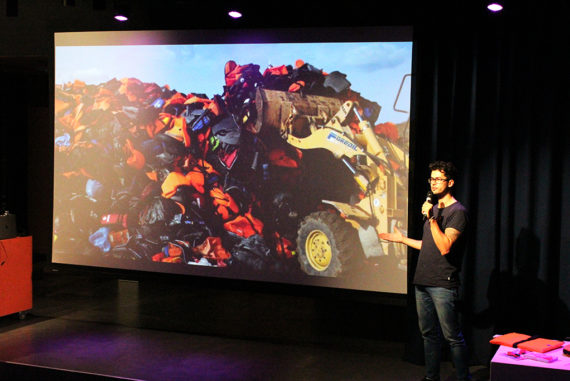 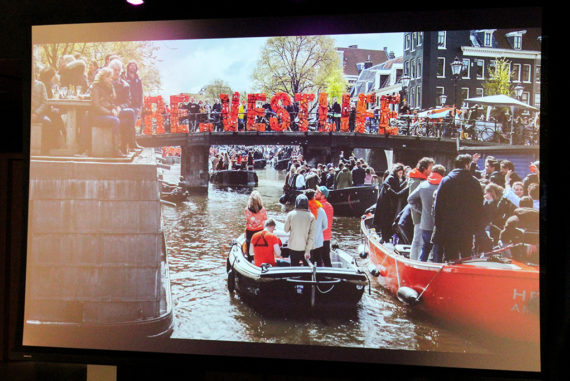 Next on stage we had The Sock from the Park by Anastasia Eggers & Ottonie von Roeder. The Sock from the Park is an interesting project that allows sheep to produce clothing with the help of advanced machines (or as they pitched, robots!). Aiming to launch at several parks in Amsterdam, the idea is to create a collaborative environment between our communities and our sheep. 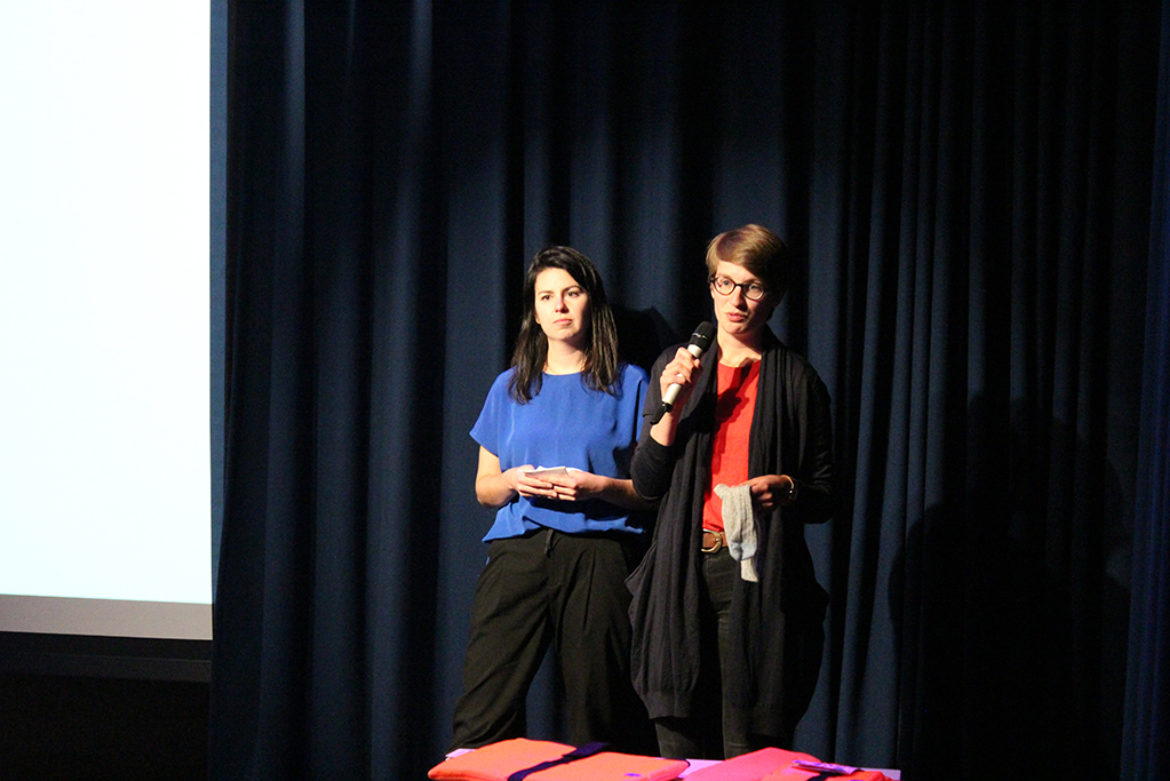 Up next was Karlijn Arts who pitched to us about Living Light, an atmospheric lamp that can harvest energy from the plant living inside it. What’s interesting of the plant is that the duration of light it can emit depends on its well-being, meaning the better you take care of it, the more energy you’ll get back. She spoke in a passionate tone, excitedly levelling the project to the likes of solar power, wind power, you name it. 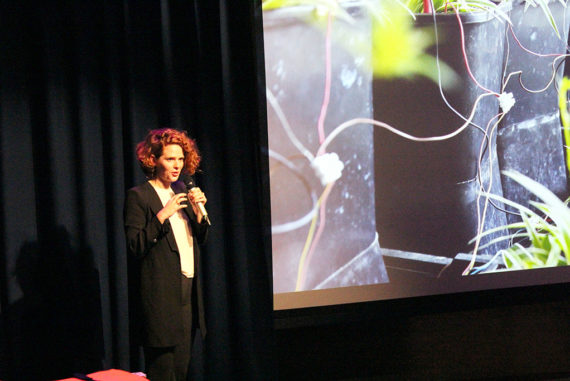 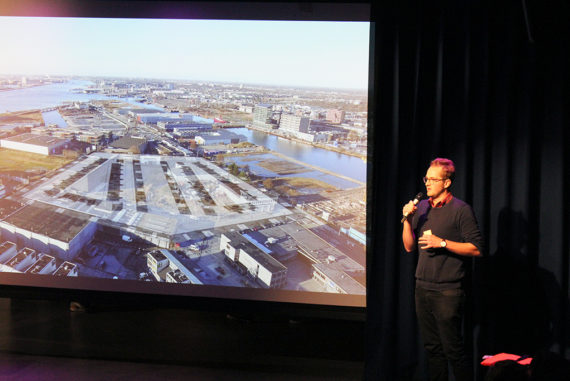 Last but not least, Florian Geerken took the stage to pitch his project. With an idea based on story-telling, On-the-go Audio Platform guides you in discovering areas in Amsterdam like a museum. It uses its audio features to describe a scene that actually happened at a user’s location. And Florian, he was enthusiastic about his project, saying that it would drive tourists outside the busy streets of Amsterdam (and who wouldn’t want that!). 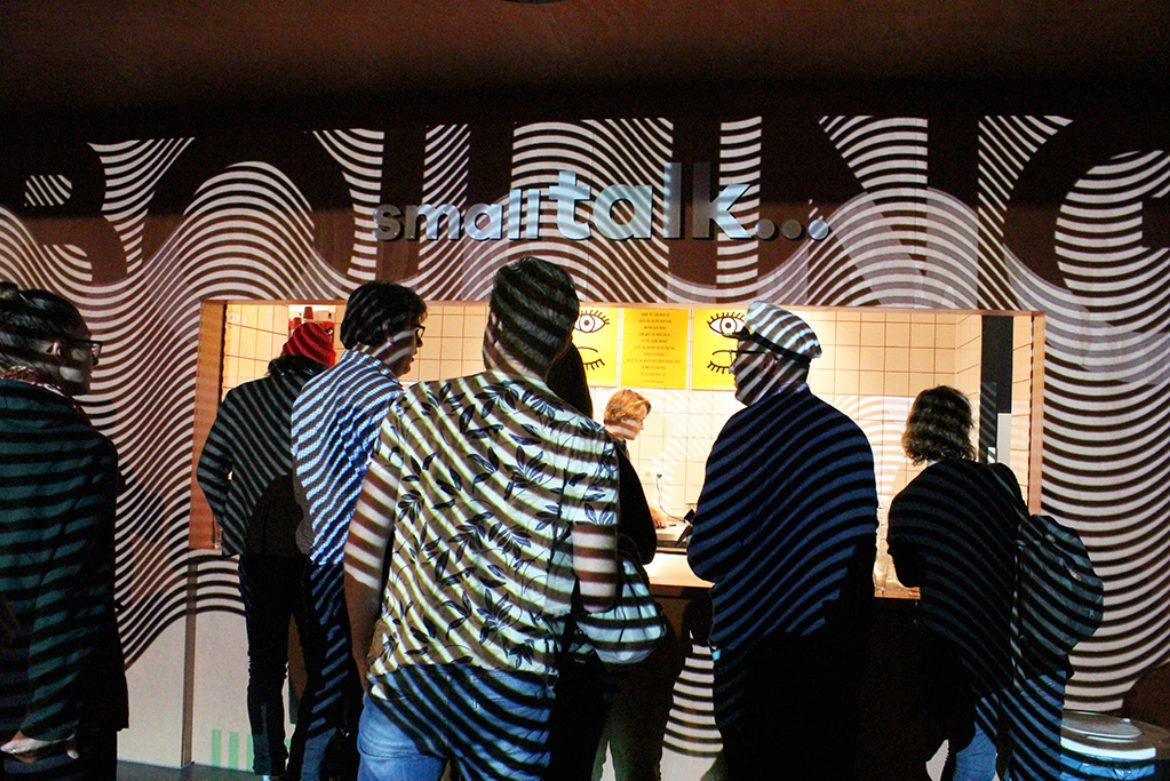 With all four pitches presented, we took a little soup break and casted our votes. After reading through these four ideas, did you already favour a winner in mind? Well, the project that took home the grand prize was Living Light, pitched by Karlijn Arts in collaboration with Plant-E. A big congratulations to the team!

Although well-deserved, we're also curious as to what happens next! Which is why Boiling's so great, because at the next Boiling Amsterdam, Living Light will have to show us what they've done with the donation they won. So not only does your vote help kickstart an initiative, but you'll also discover what the winning initiative did with your vote. Which is pretty sweet!

If you'd like to catch the next Boiling Amsterdam, block out your agenda for the 29th of March, 2018. You can find more information here: http://boiling.city

If you like what you've read and want to read more stories of city life and culture, check out our print journal here: https://store.acitymadebypeople.com/ 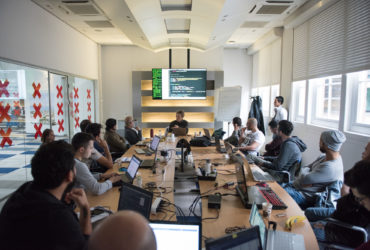 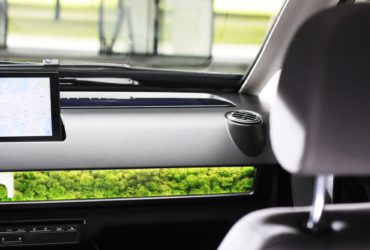 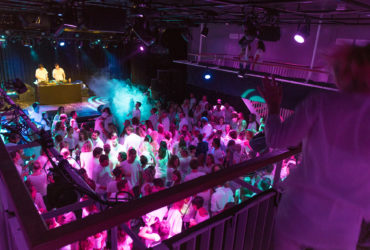