If you truly pay attention to the city of Amsterdam - to its colours, textures, lopsided nature - while riding your bike, you become a weapon on wheels. I discovered this first-hand on my way to the Staalmeestersbrug aka bridge #227 aka the Amsterdam “Bridge of Love”.

I’ve been practicing mindfulness these days, and having lived in this city for three years, I often take for granted (as many Dutchies do) just how intricate and fascinating it truly is.

Perhaps focusing on the city’s wonders, instead of paying attention to the road in the tourist-jammed center, is not the best way to go about things, but on this day I just couldn’t help it. The sun shining, the weather mild, I felt like I was floating through the streets and rediscovering Amsterdam on a beautiful Spring day. 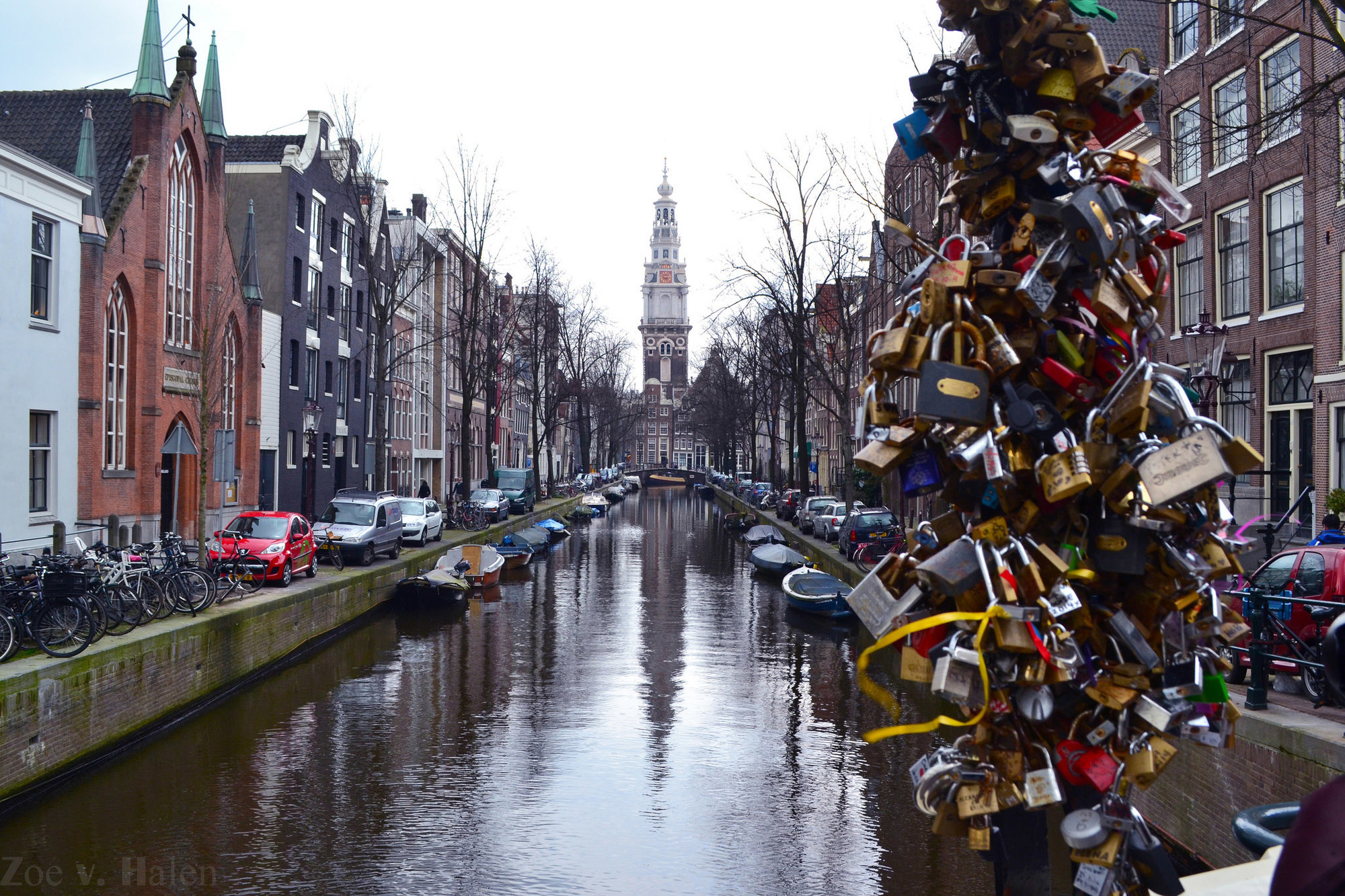 While my journey took me a little longer than expected, I made my way to the 'Bridge of Love' mostly unscathed (although a few tourists may never come back to Amsterdam).

Love has no borders

For those of you who aren’t familiar with this romantic bridge, it is famous for two things: its unmatched view of the slightly crooked Zuiderkerk; and the abundance of “love” padlocks that adorn its chains. These “love” bridges are famous all over the world, namely Paris’ Pont de Arts. Padlocks are typically locked to these bridges symbolizing a couple’s love and devotion to one another. Amsterdam’s bridge #227, while slightly less grandiose, represented much of the same. 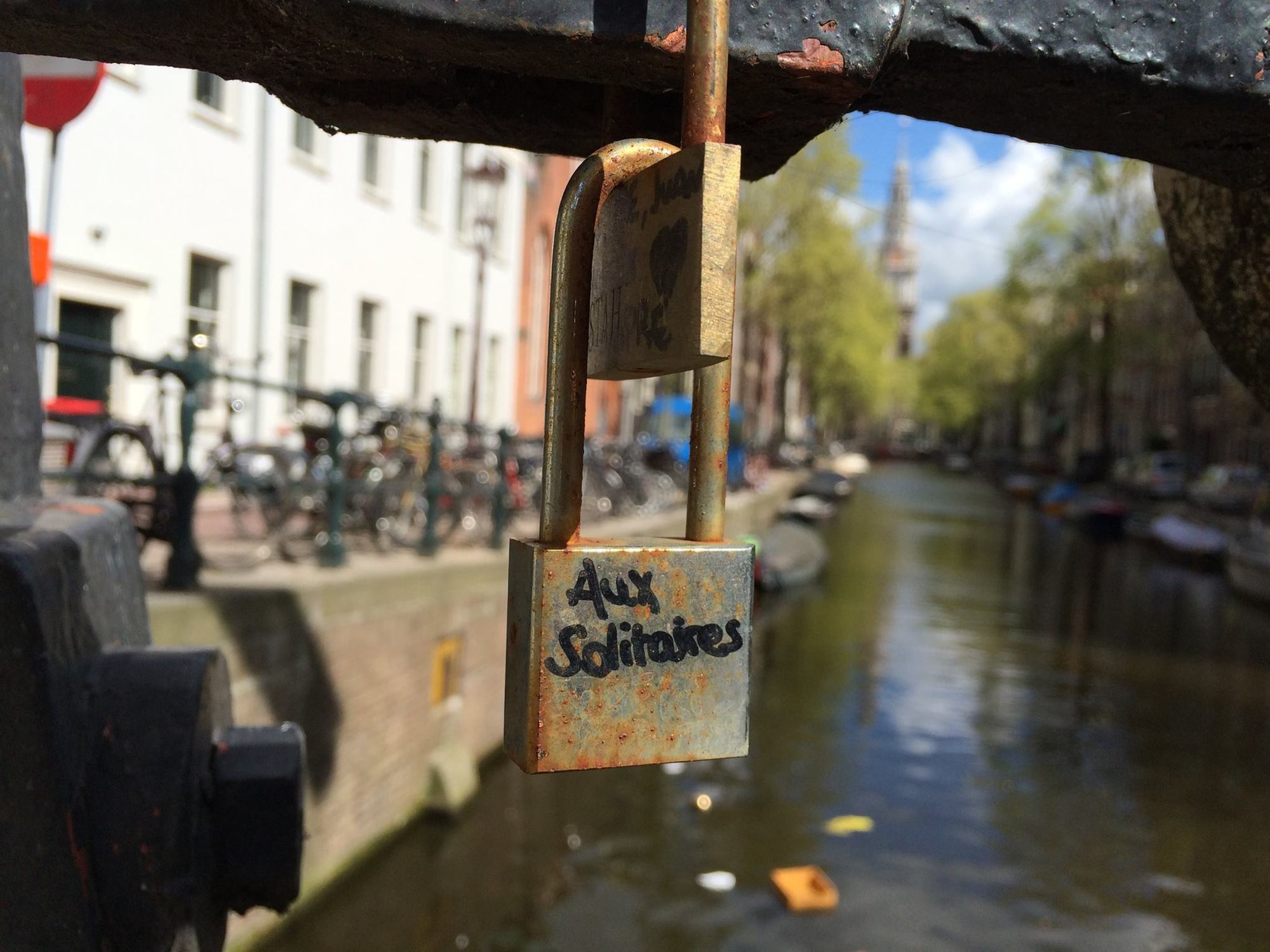 It had been some time since I last admired the Staalmeestersbrug. A number of years ago, as an exchange student, I busked there on a regular basis. This white-painted wooden drawbridge, built in the 1920s, had been one of my favourite spots in the city to play music. Situated in the heart of the center, it defies the chaos of the center. The area is a haven of peace and quiet in the tourist’s Amsterdam.

Excited to revisit the good ol’ days, I parked my bike and immediately noticed that something was wrong… the locks, they were all gone. 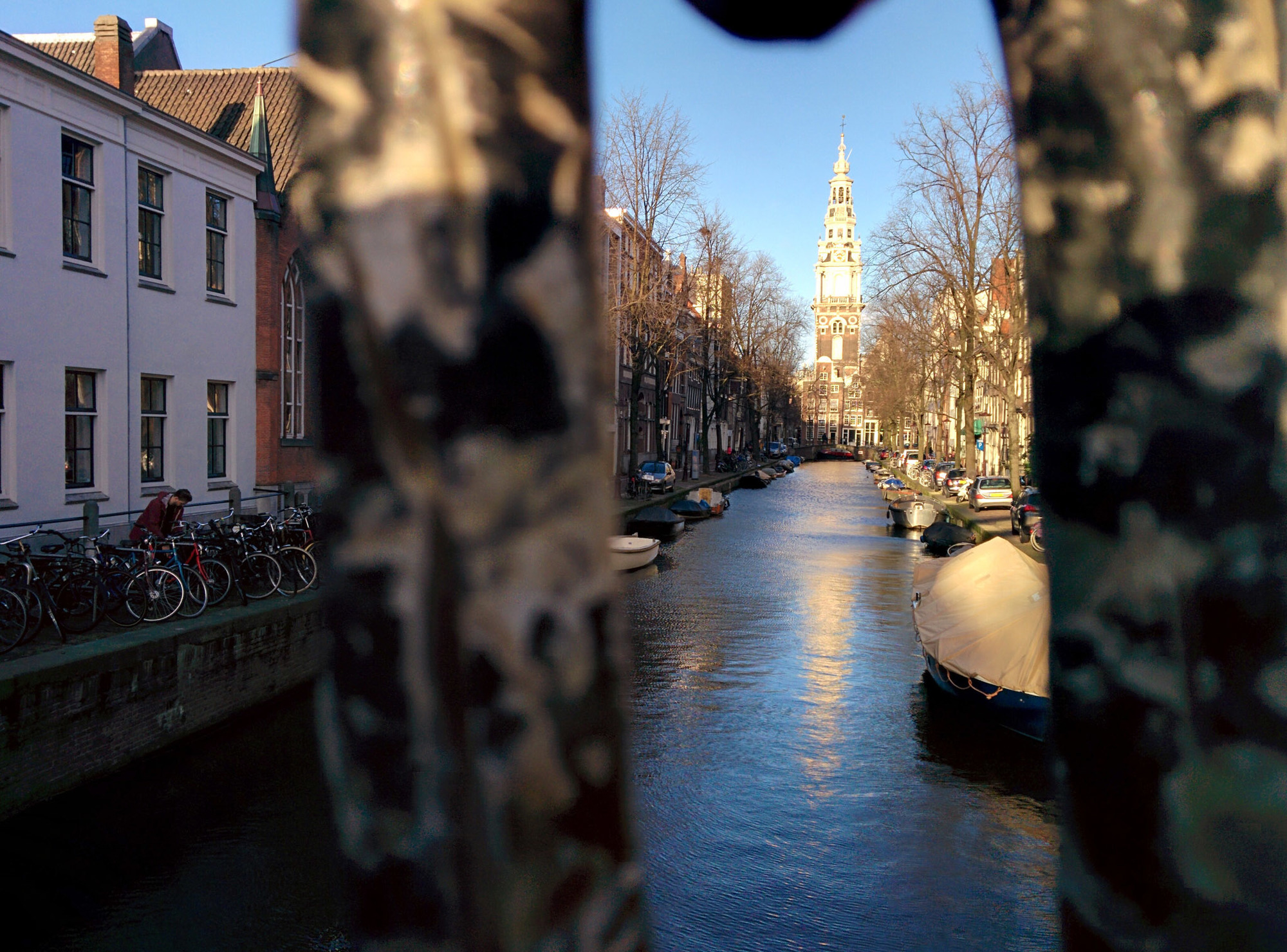 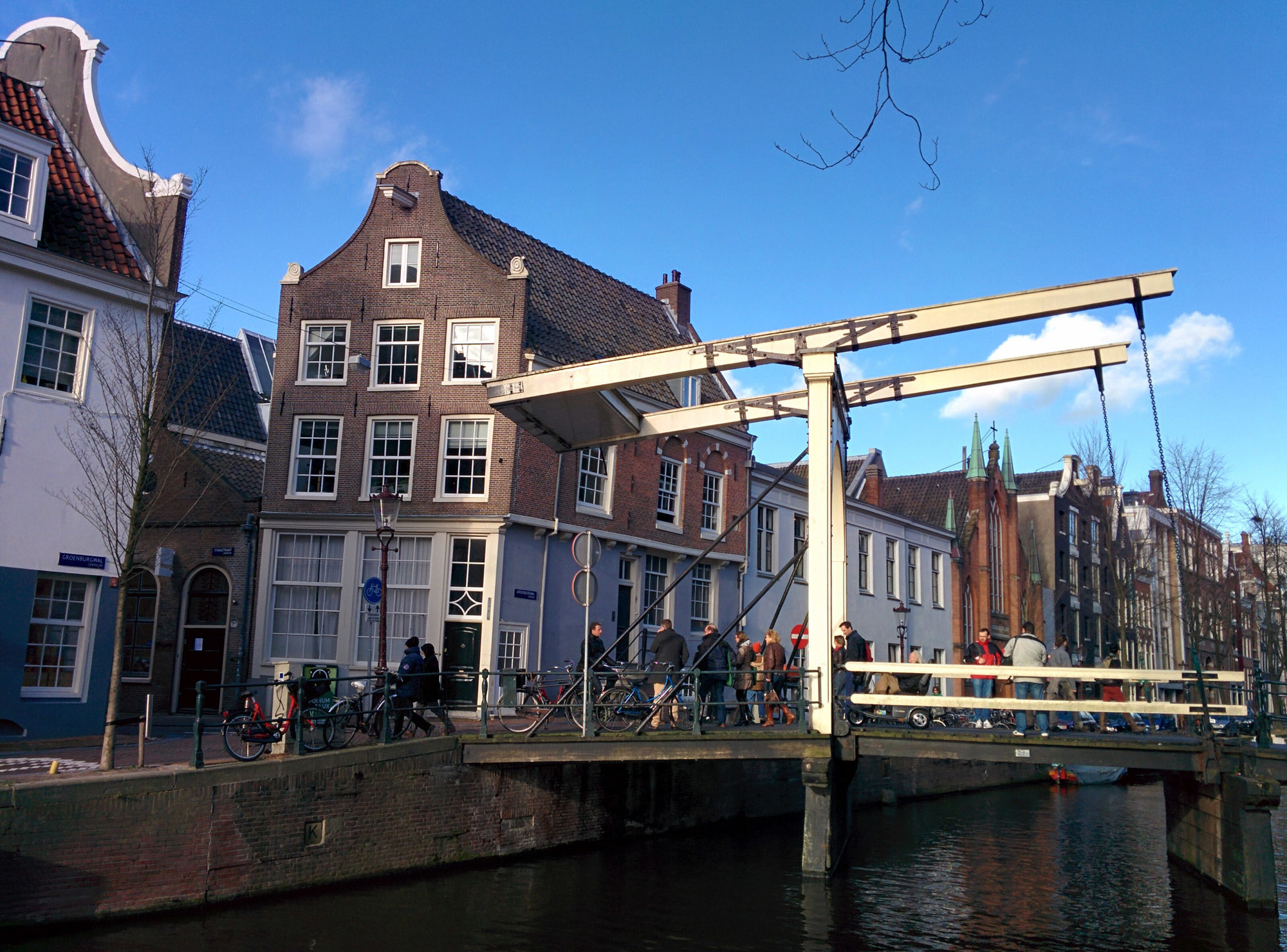 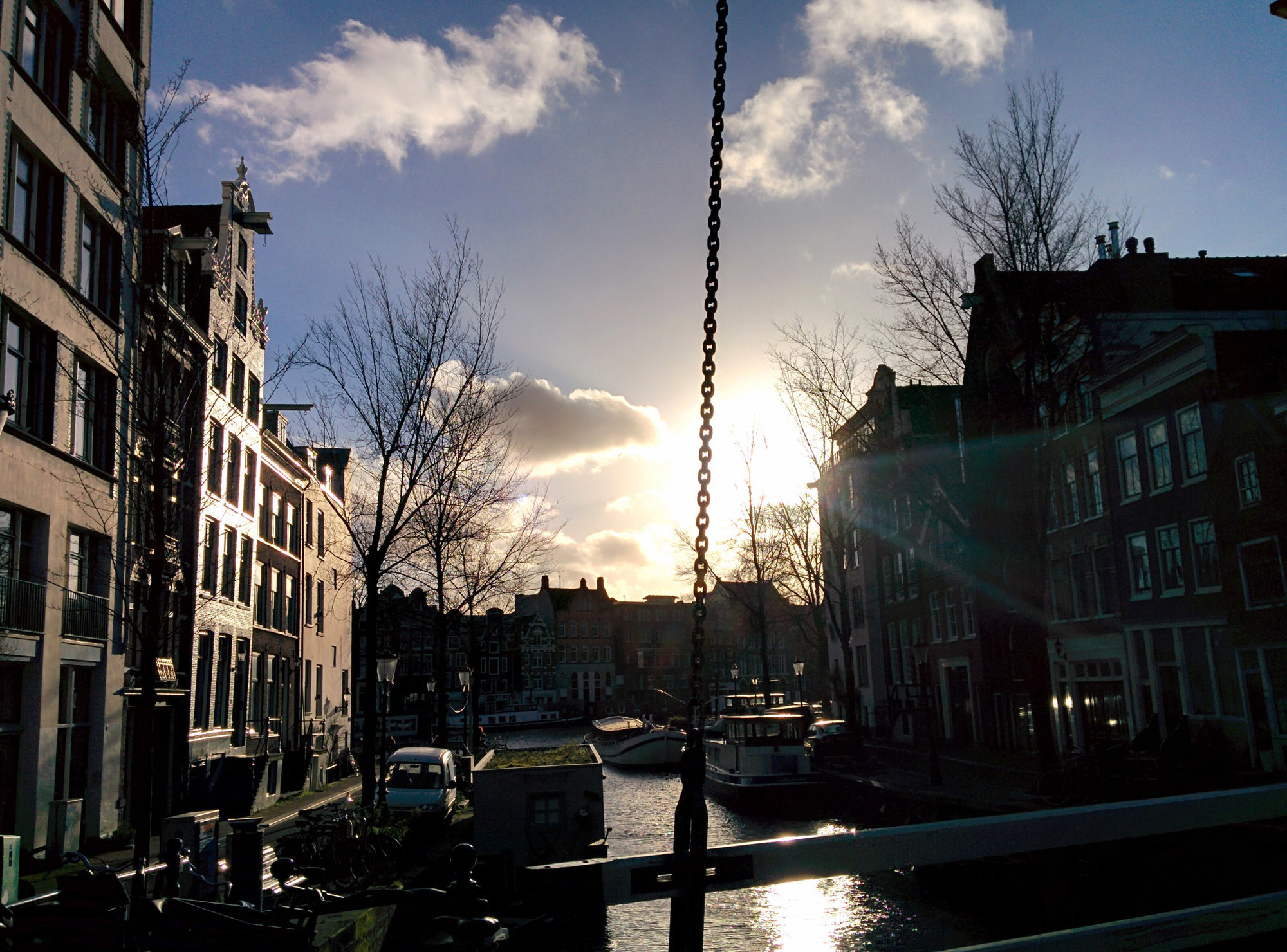 As it turns out, what’s seemingly an innocent act of love to some, is an annoyance and total grievance to others. After a quick scan online, I found some very amusing commentary on these love locks:


No no no!! please do not perpetuate this act of vandalism, it is not romantic, it is *trashy*. Thank you.”


While it does provide jobs for those who have to remove them, they are an eyesore and are deleterious to said bridge! Go watch a live sex show…”

Errr, so maybe likening the experience of love locks to a live sex show isn’t entirely just, but perhaps there is a case to be made here. Last year, almost a million locks were removed from the Pont de Arts bridge in Paris after the railings began to collapse under the weight (who knew love was such a heavy thing?). 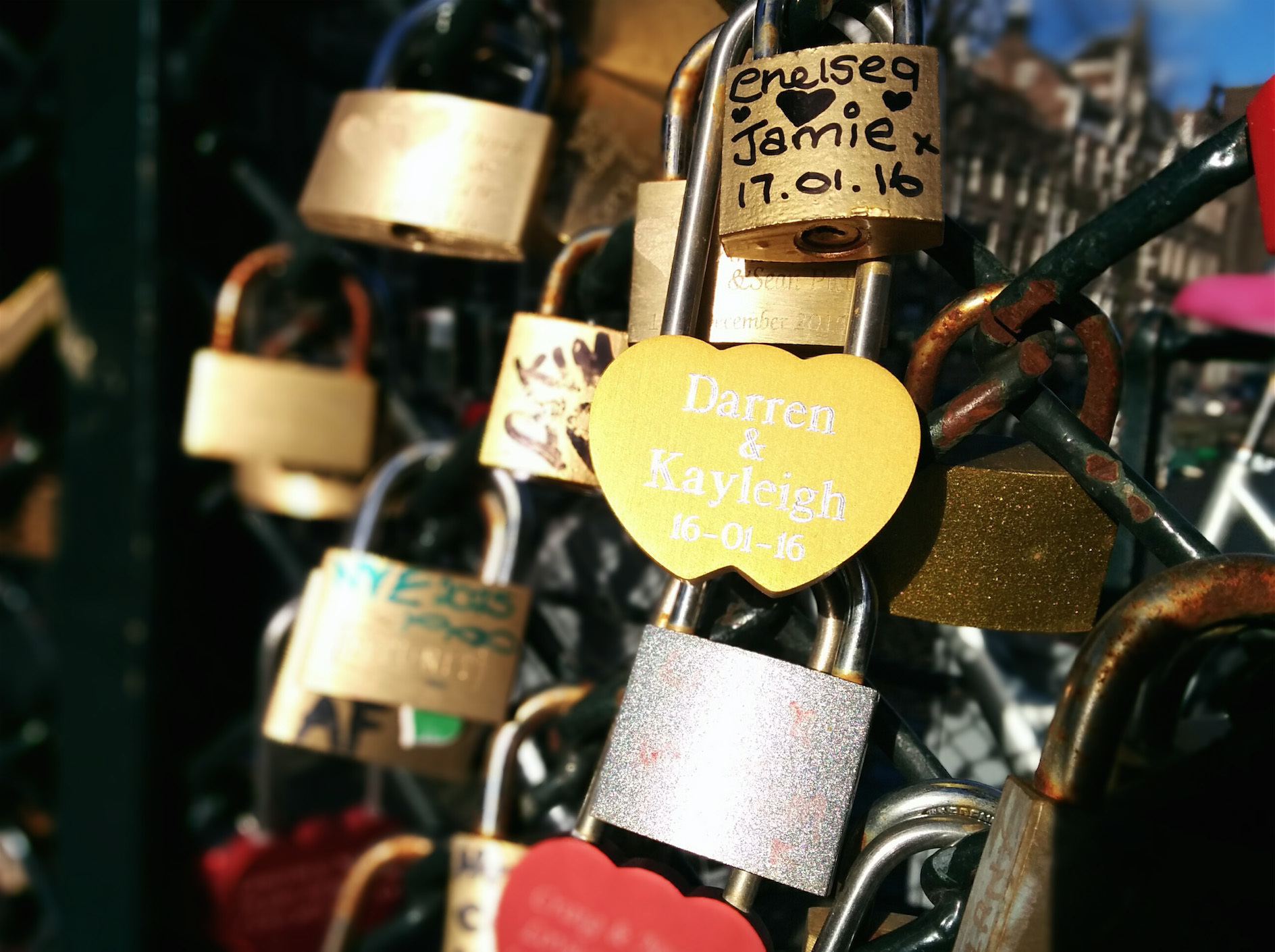 While the Staalmeestersbrug is a bit, less, umm... insane, maybe restoring it to original form wasn’t such a bad thing, but there is one thing that’s for certain: you can’t stop the love. About 20 metres away I discovered a small colony of locks forming on a neighbouring bridge. 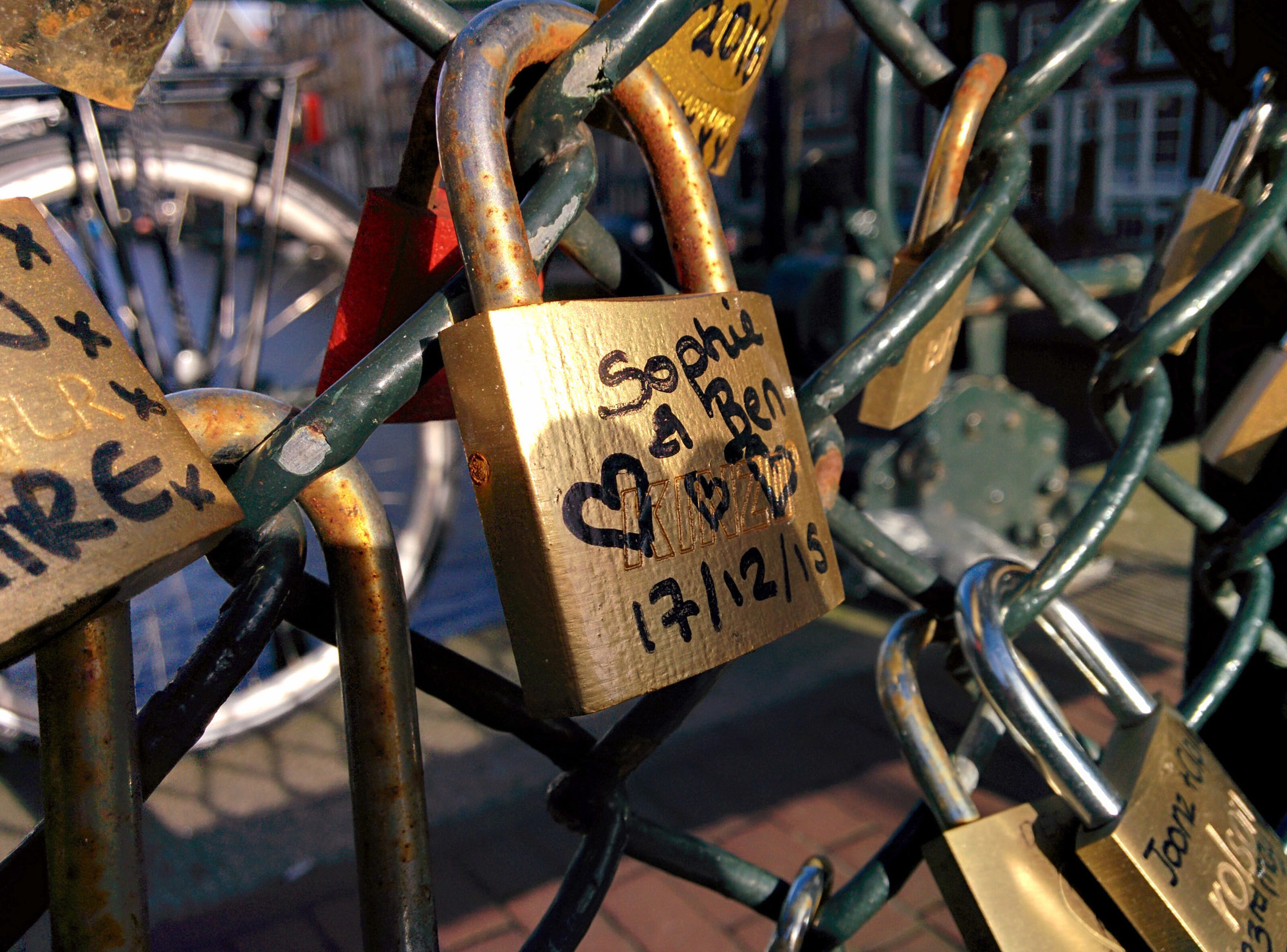 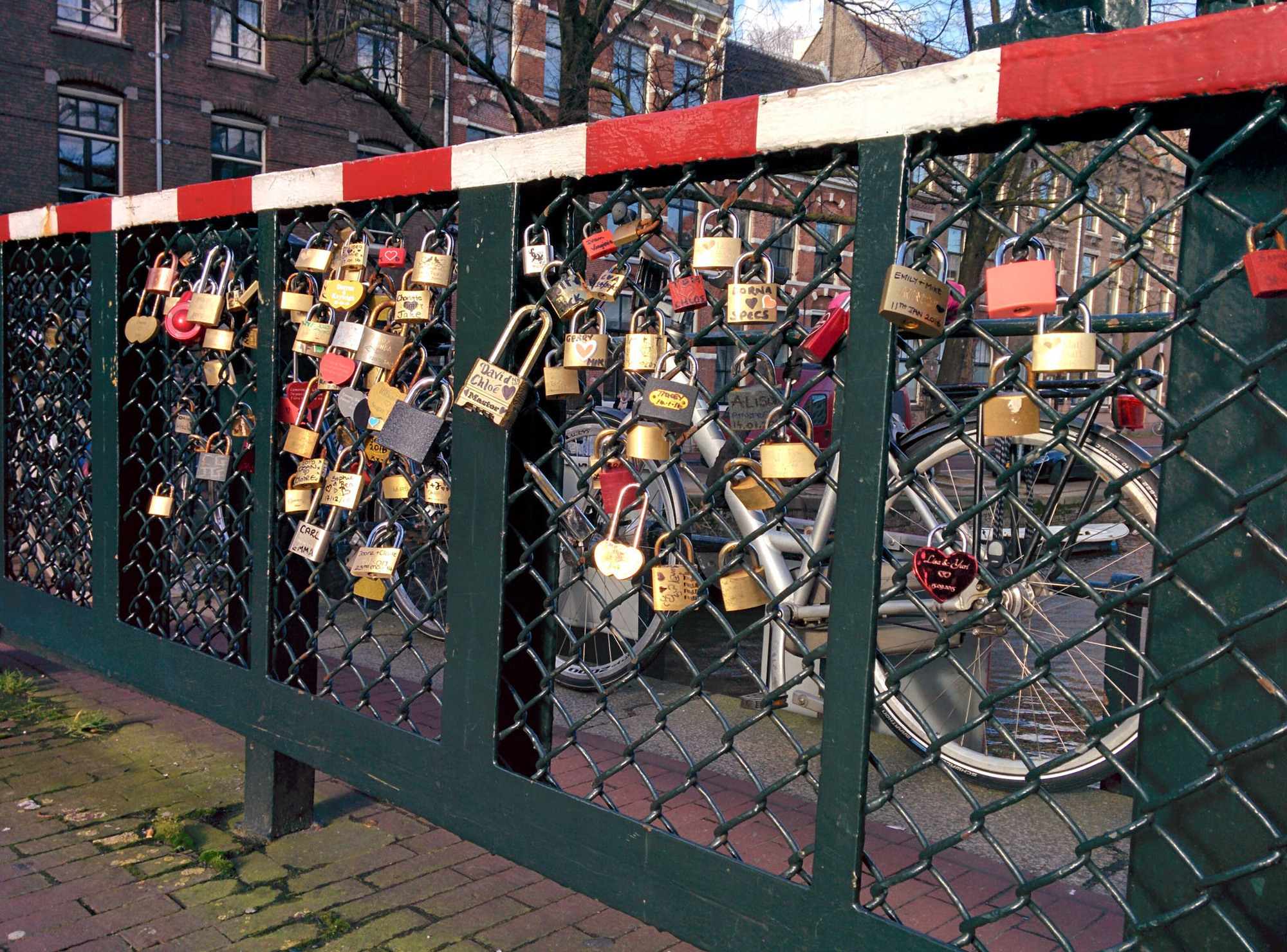 With curiosity tugging, I continued on my day of discovery and travelled to other bridges that are known to have had love locks. The infamous Magere Brug (Skinny Bridge) offered these remnants: 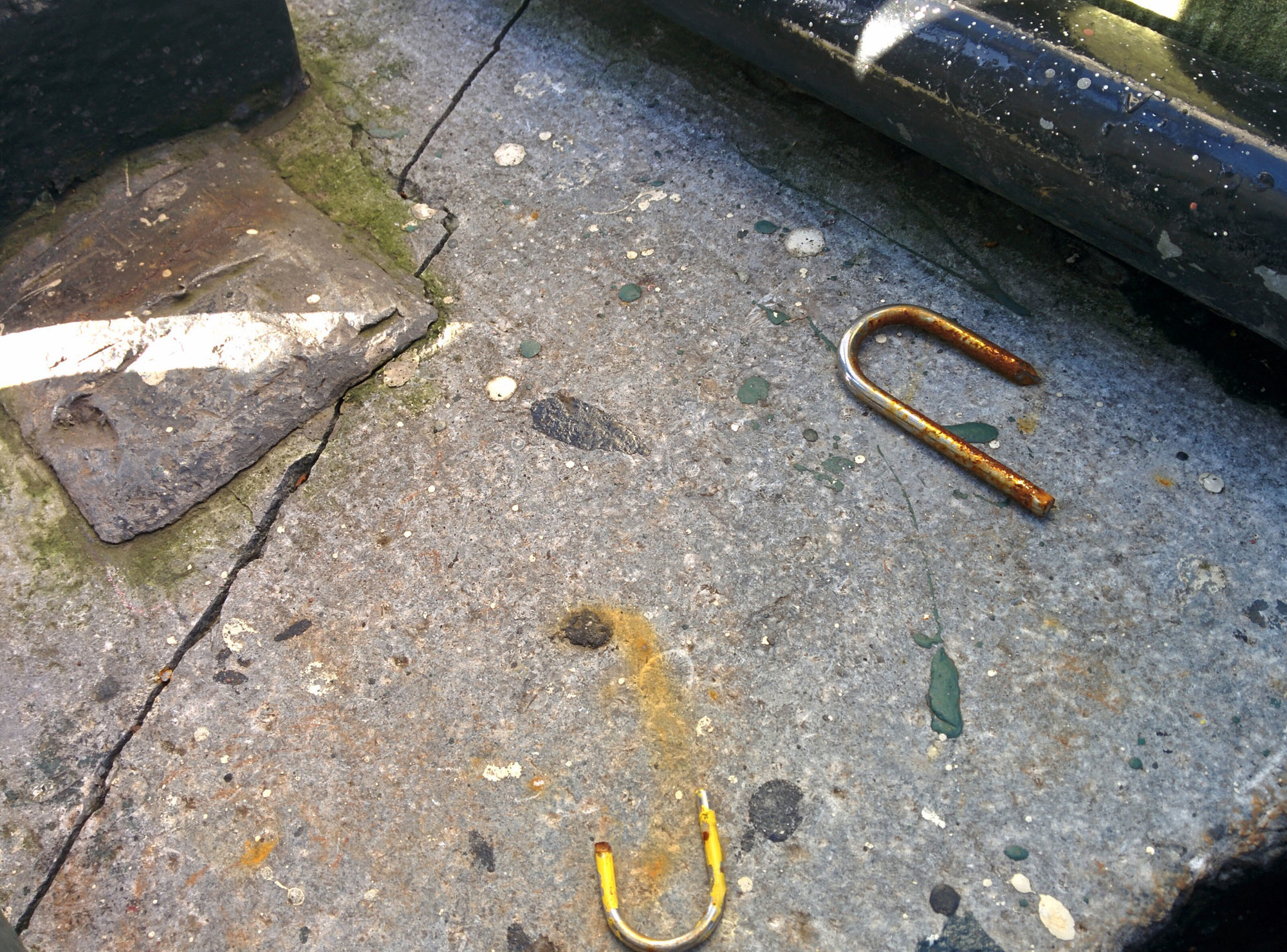 Love is supposed to be forever, it just didn’t see the Gemeente (municipality) coming. 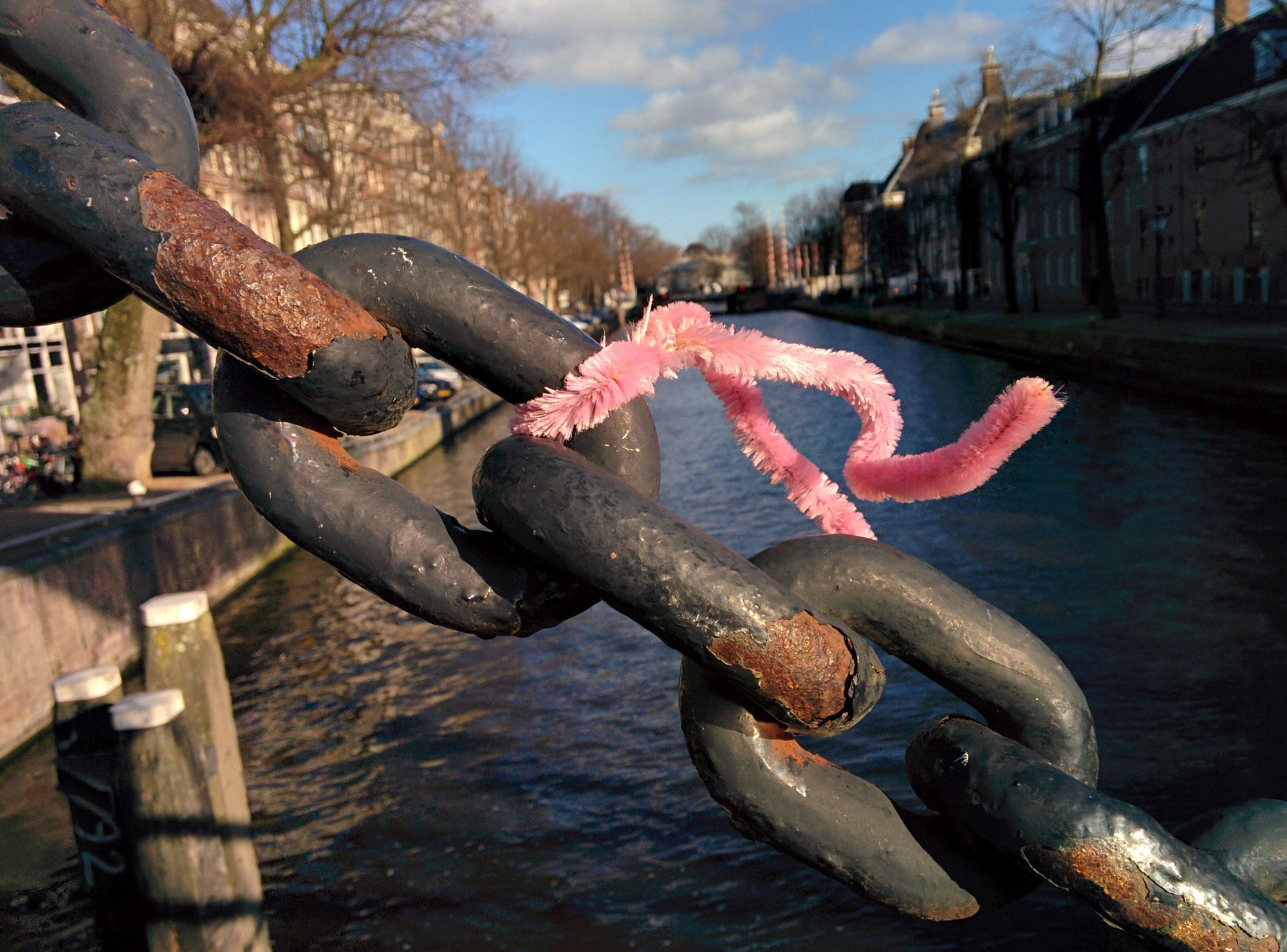 It is unfortunate that many of the locks meant to represent something eternal were cut down. But I do think they can serve as a reminder for something just as important. They reflect the transient nature of this city, and have helped me realise what Amsterdam has to offer every day, because it too, just like the bridge of love, won’t be the same forever.

Do you have a love lock story? Tell us your thoughts on the love lock bridges of Amsterdam.