As the smoke clears from the strings of red firecrackers set alight the above the temple door the lion dance springs into life. Energetically gliding around the street to the rhythmic clashes of cymbals and gongs. The ancient Chinese tradition is once again underway ushering away bad spirits and welcoming in the new year of the Rooster. Inside the Buddhist Fo Guang Shan temple, hundreds flow through the doors as the incense lies heavy in the air. Some bend and touch the ground, other kneel in quiet prayer as the temple become bustling. Many hang lucky charms with their wishes of health and fortune whilst others arrive with offerings held in red envelopes. It is a tradition being celebrated all over the world and this is in the heart of Amsterdam's China town.

The lion dance continues along the Zeedijk as the crowd continues to follow its path as it weaves the district entering in many on the shops along its path which have adorned their facades with the traditional lucky red for the period. The action will pause in certain areas as yet more firecrackers are set alight in various locations, causing many to cover their ears yet not enough noise is made to put them off from continuing the parade as it makes its full circle back the brightly colored Temple in which it began.

The diverse crowd represents the layers of multi-cultures that are embraced in the city. Standing shoulder to shoulder, Amsterdammers of European, Middle East and Asian decent relish in the bright and animated ritual. Mingling with the crowd; locals and tourist alike share their aspirations for the new year. Most tell me that "World Peace, Health and Happiness" is what they have desired for themselves and loved ones. When I approach a Gentleman outside the temple he tells me that he awaits the birth of his first great-grandchild, I am surprised to learn that he is 82 as he appears to be about 20 years younger. "Whats the secret," I ask him... "Lots of green tea... and sex" he says with a wink. 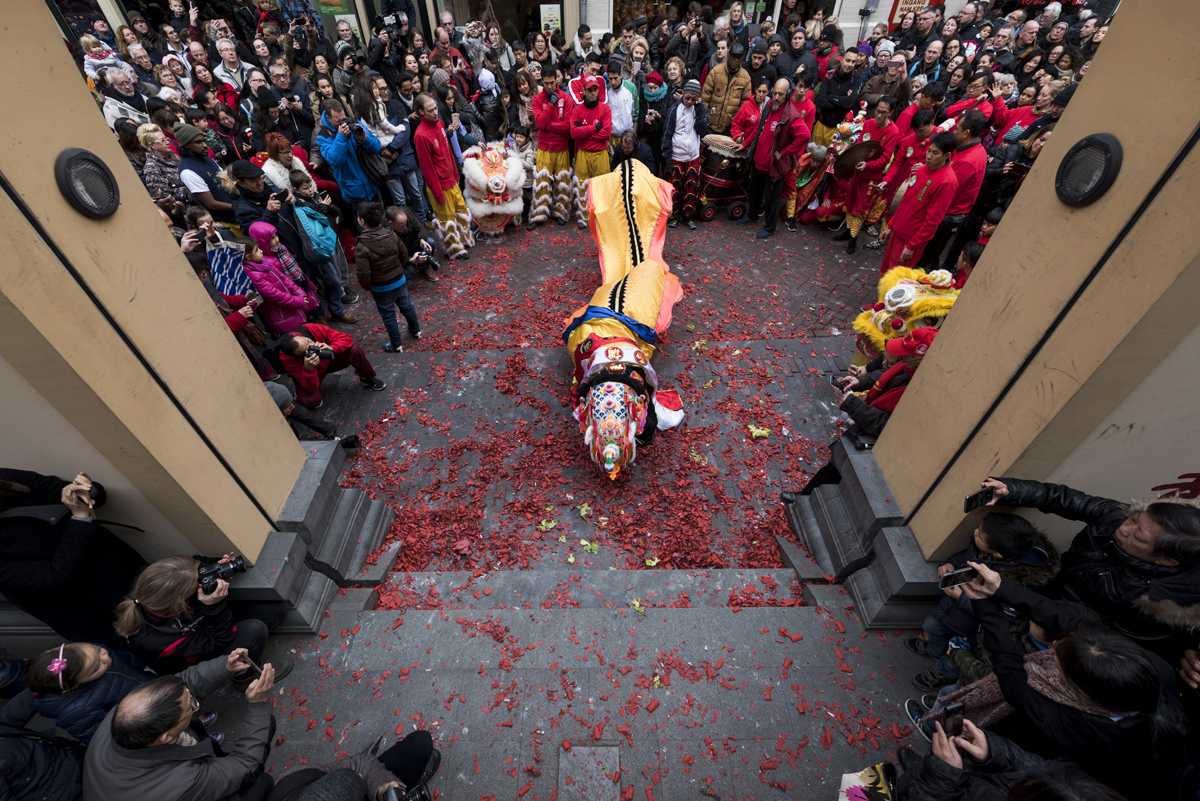 Thousands packed the street in order to celebrate the coming of the new year. 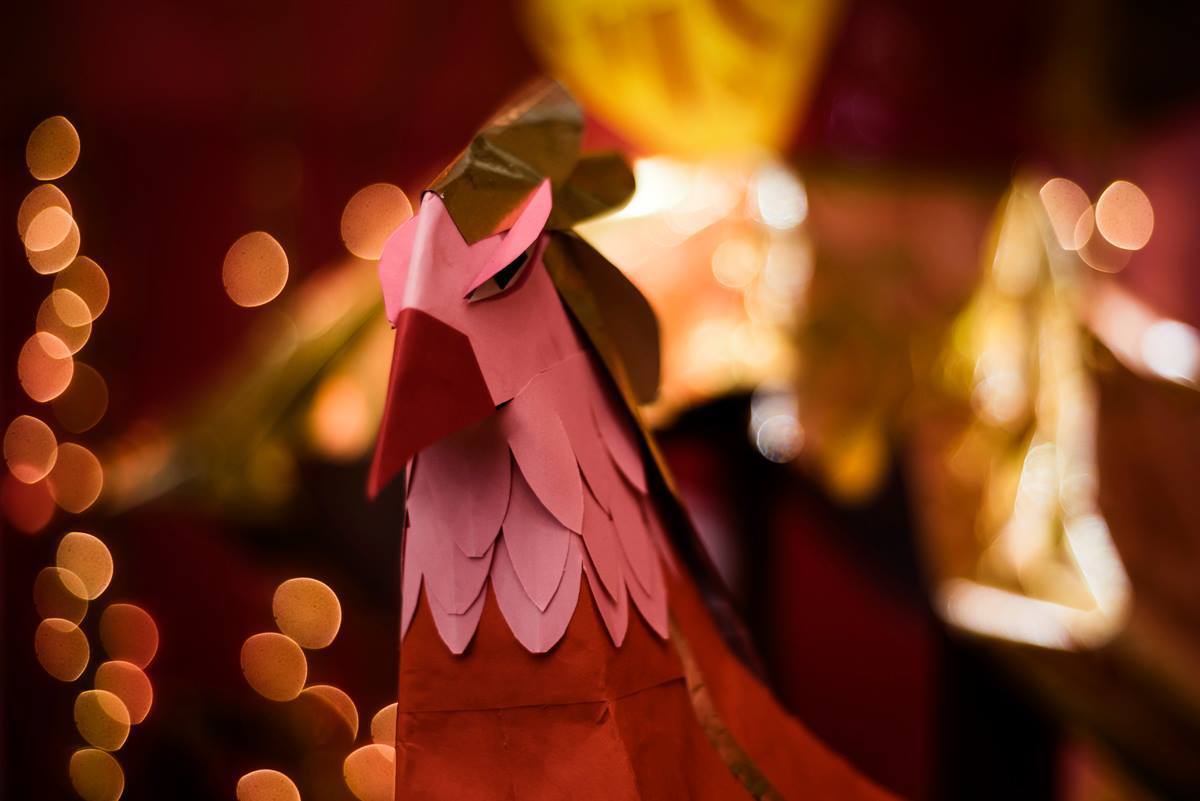 Roosters are displayed to symbolize the animal of this new lunar year. 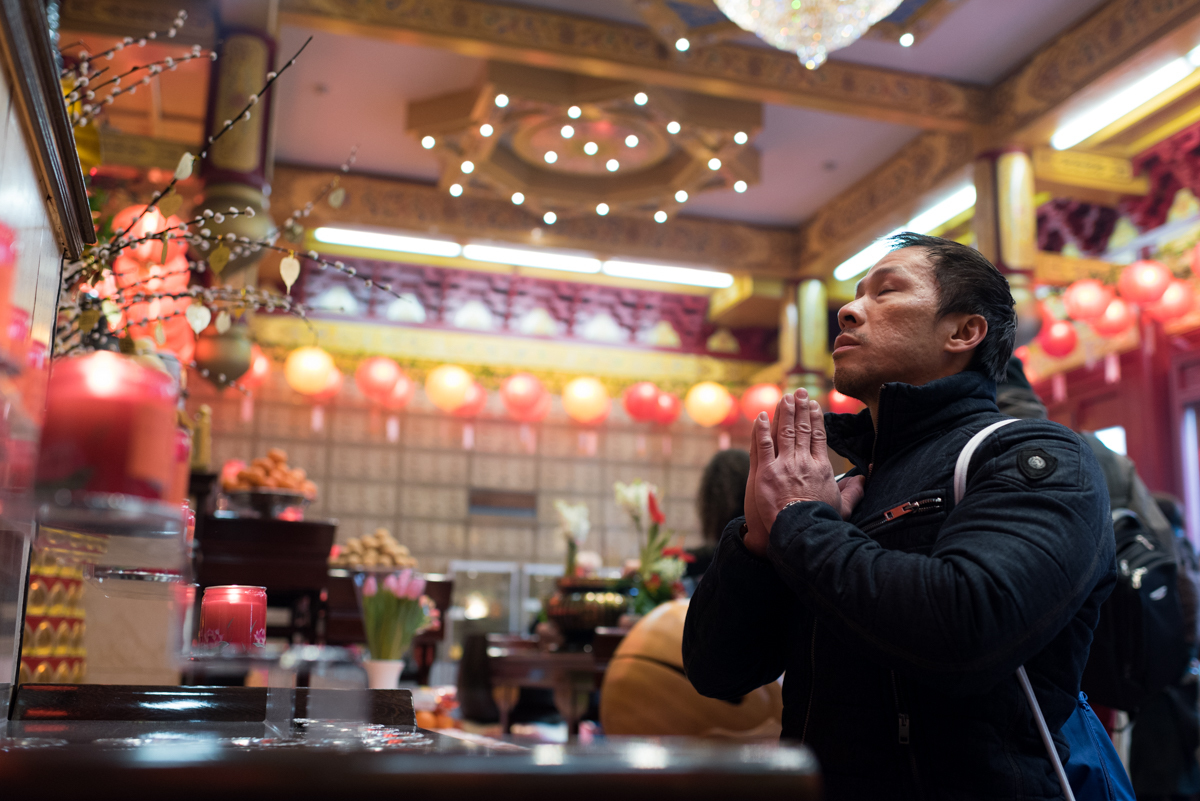 The temple is a place of worship, where some may clasp their hands together whilst others will lay and pray from the floor. 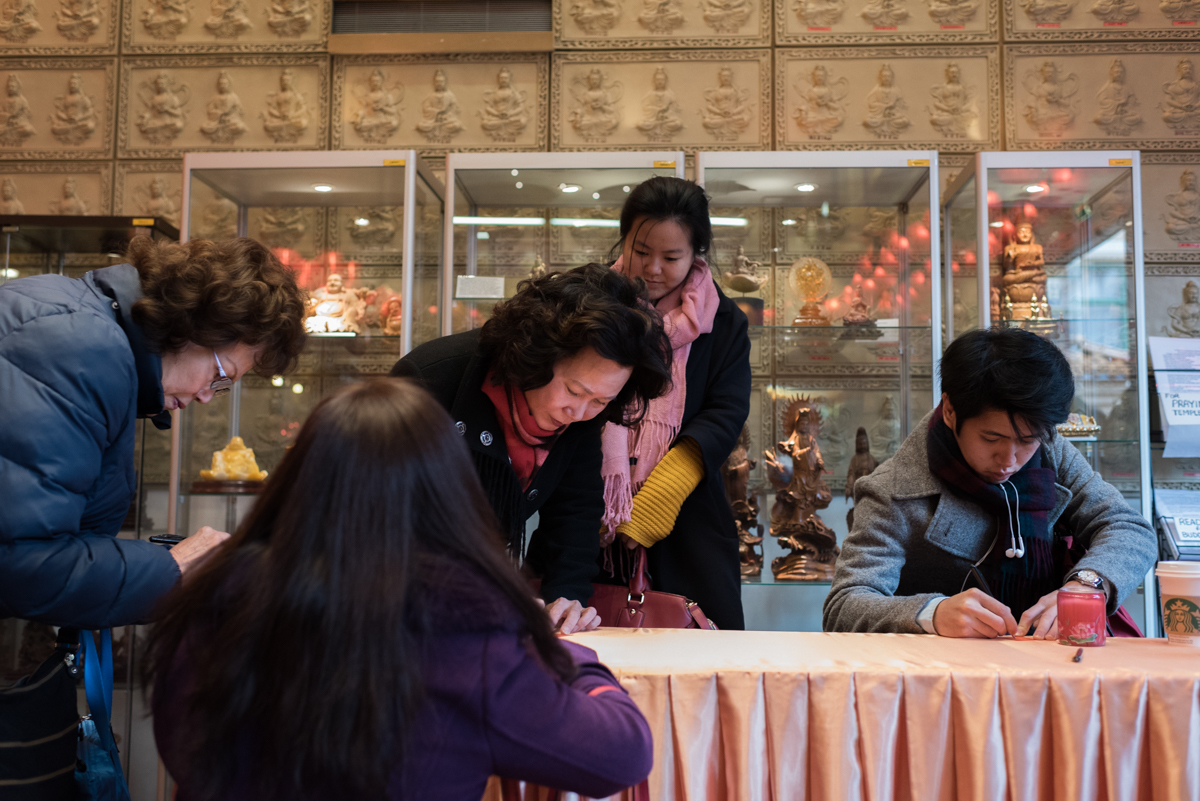 New years hopes and wishes are written down to be hung on the tree. 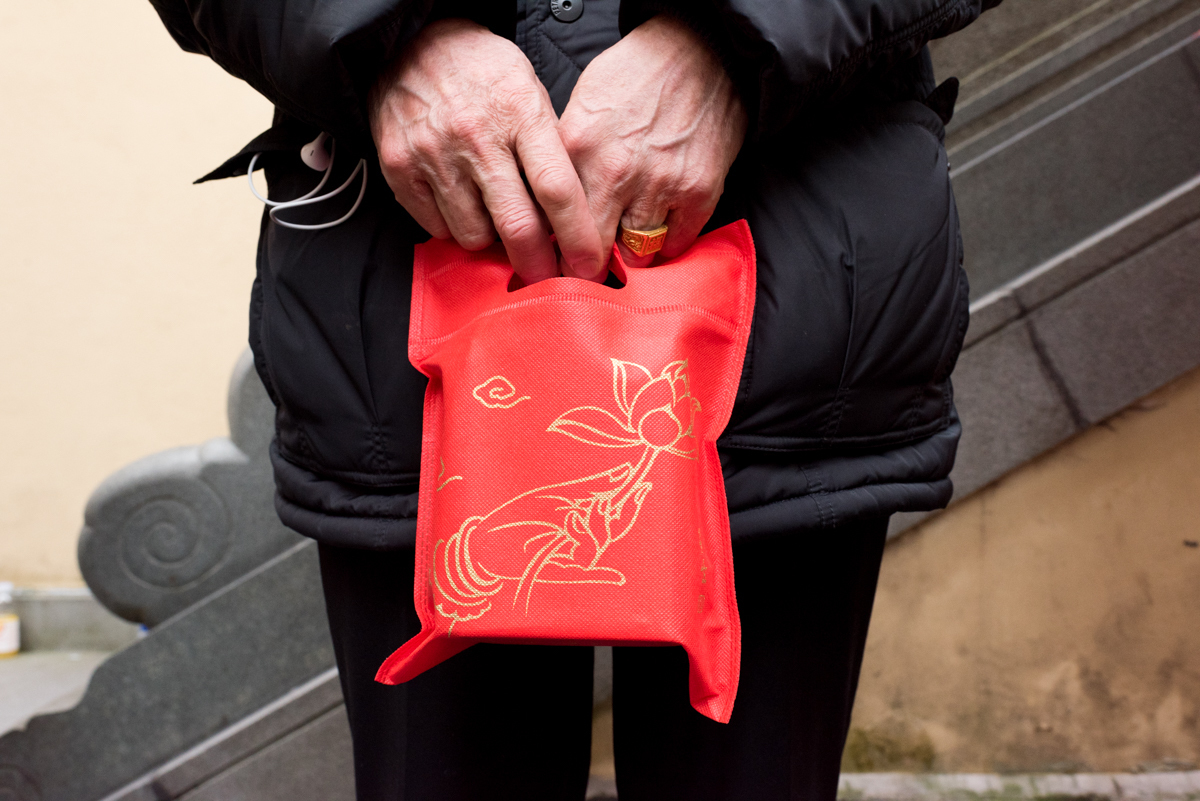 Gifts and offerings are bought along to the temple, packaged in the lucky red. 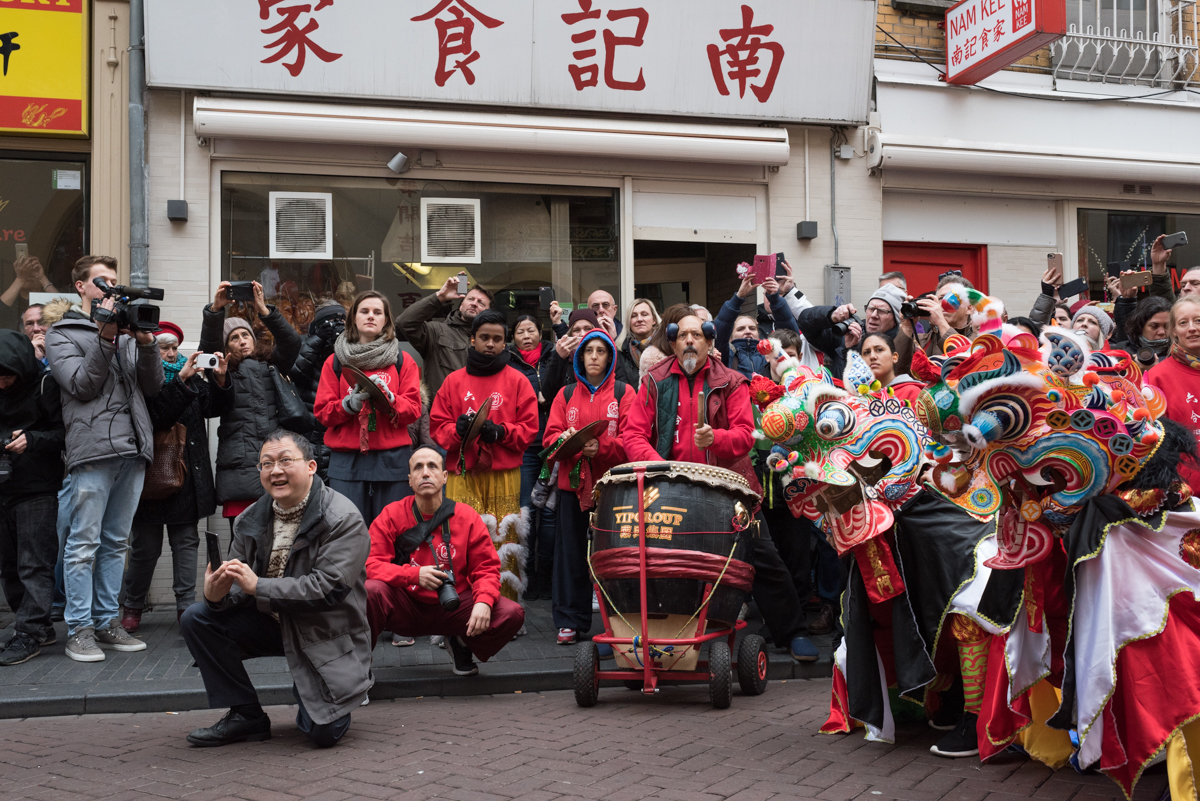 The diversity of the city means that it is a joint celebration of more that just those of Chinese heritage. 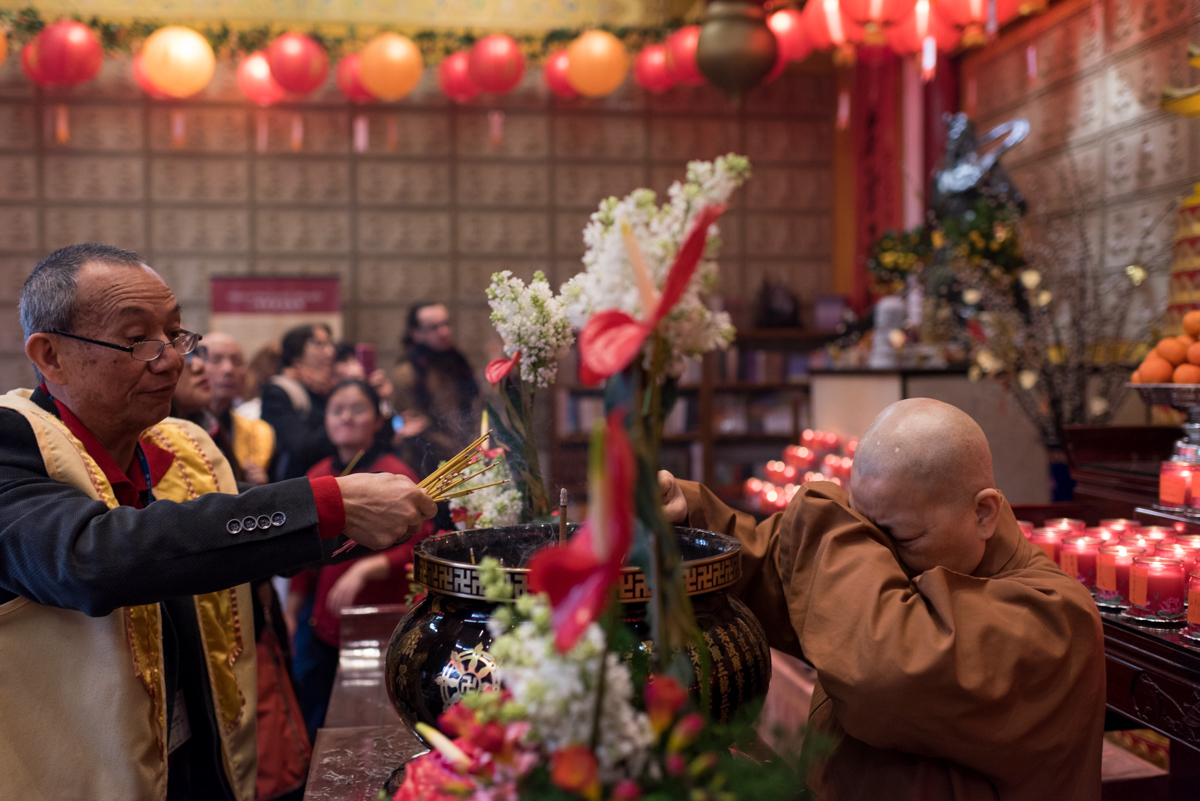 The temple is overwhelmed with the amount of incense that lies in the air. Each new visitor is handed a burning stick to place into the shrine. 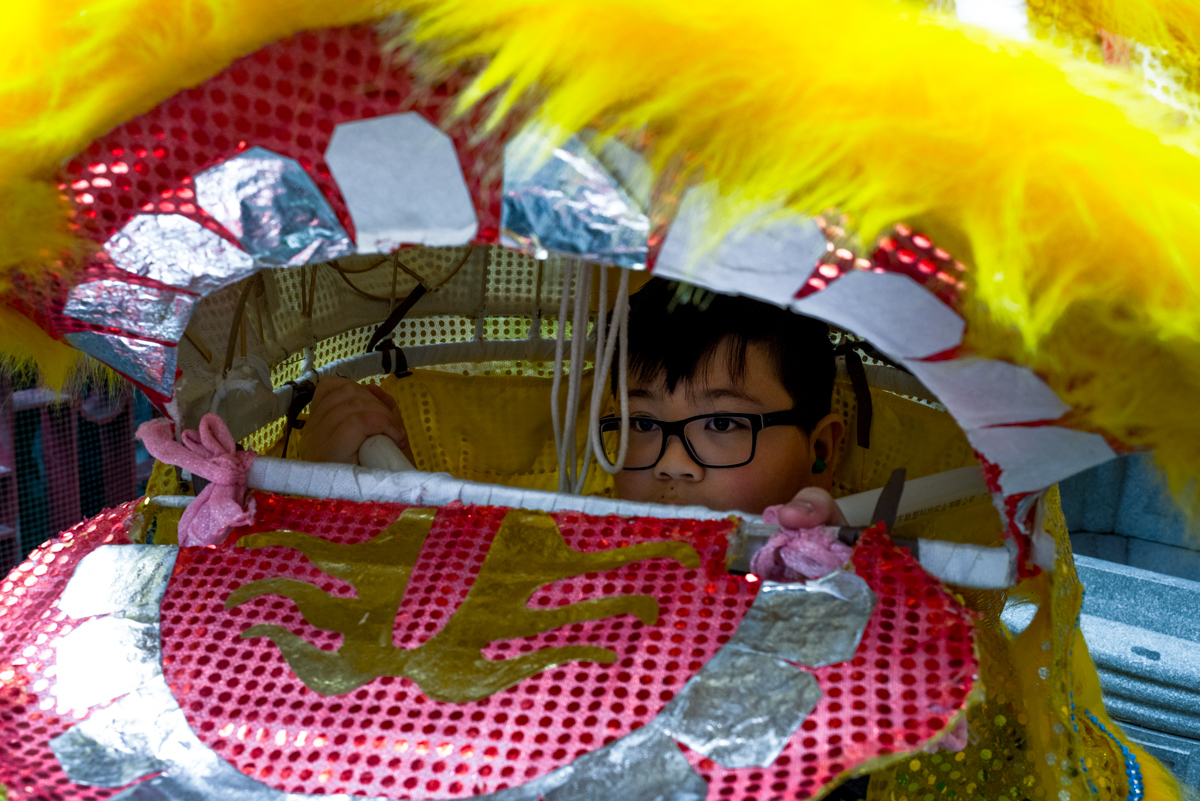 The head of the Lion must be energetic and nimble to be able to dance and chase around the streets. 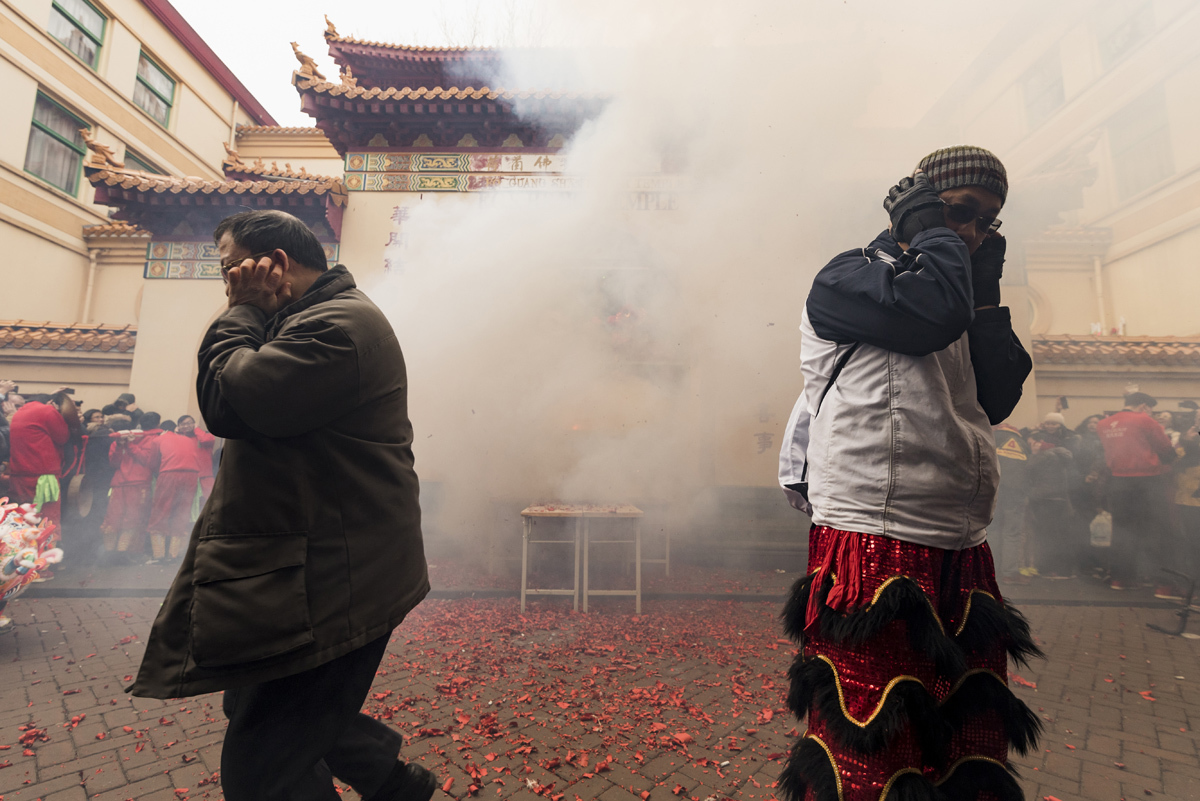 Loud firecrackers are set alight outside the temples in a ritual to scare off bad spirits. 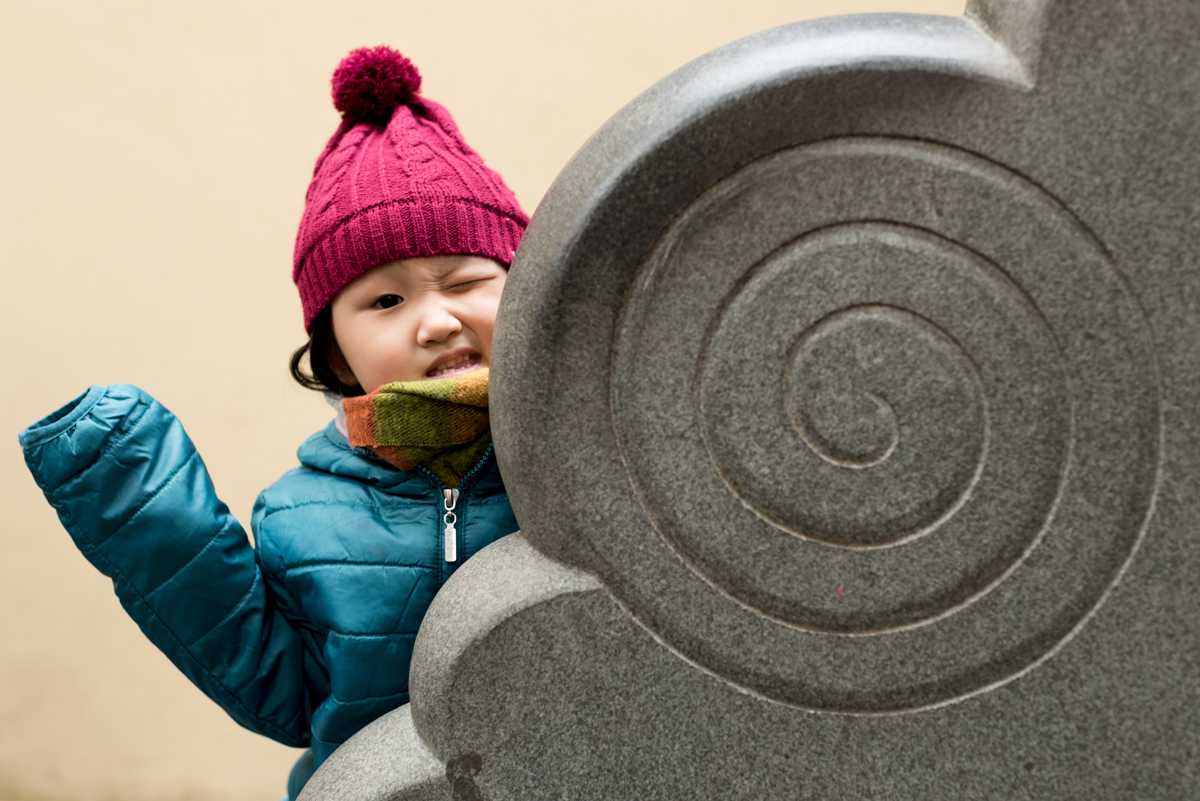 Whilst some of the children are afraid of the loud noises, the colors and excitement keep them entertained. 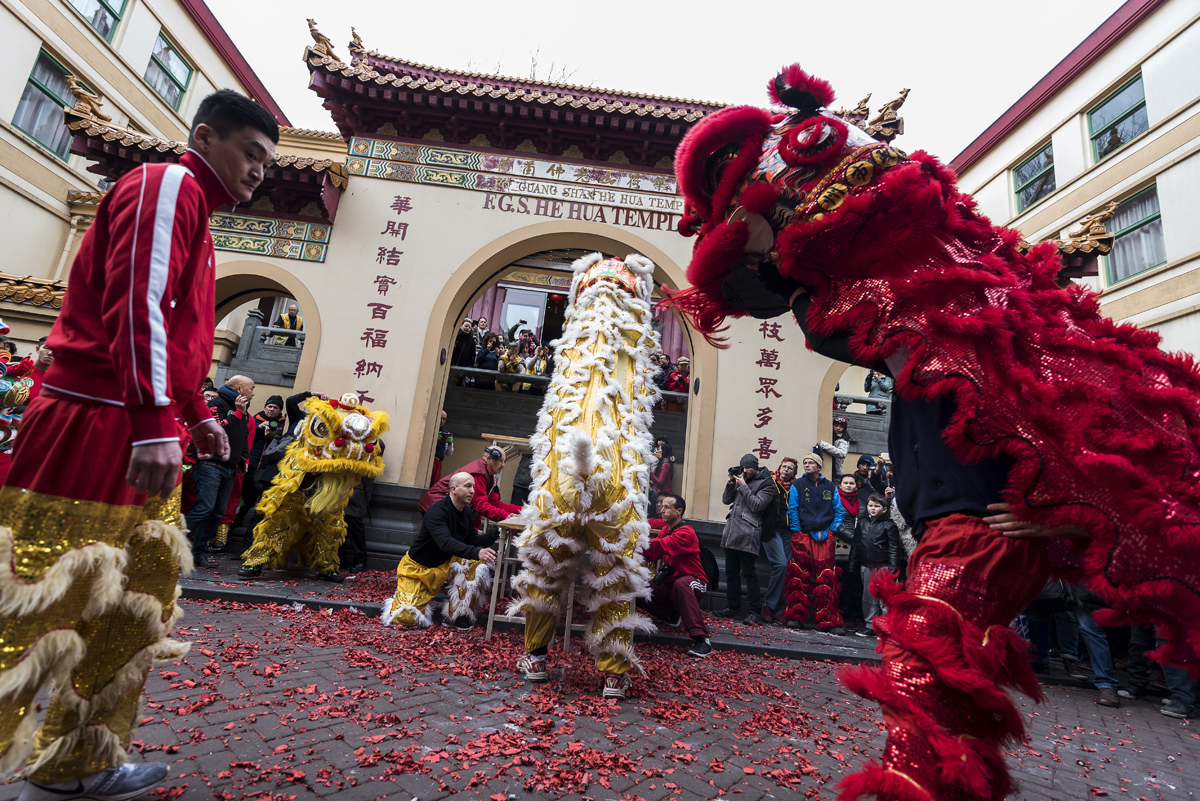 Colourful lion dances are performed throughout the Lunar New Year to ensure good luck in the year ahead. 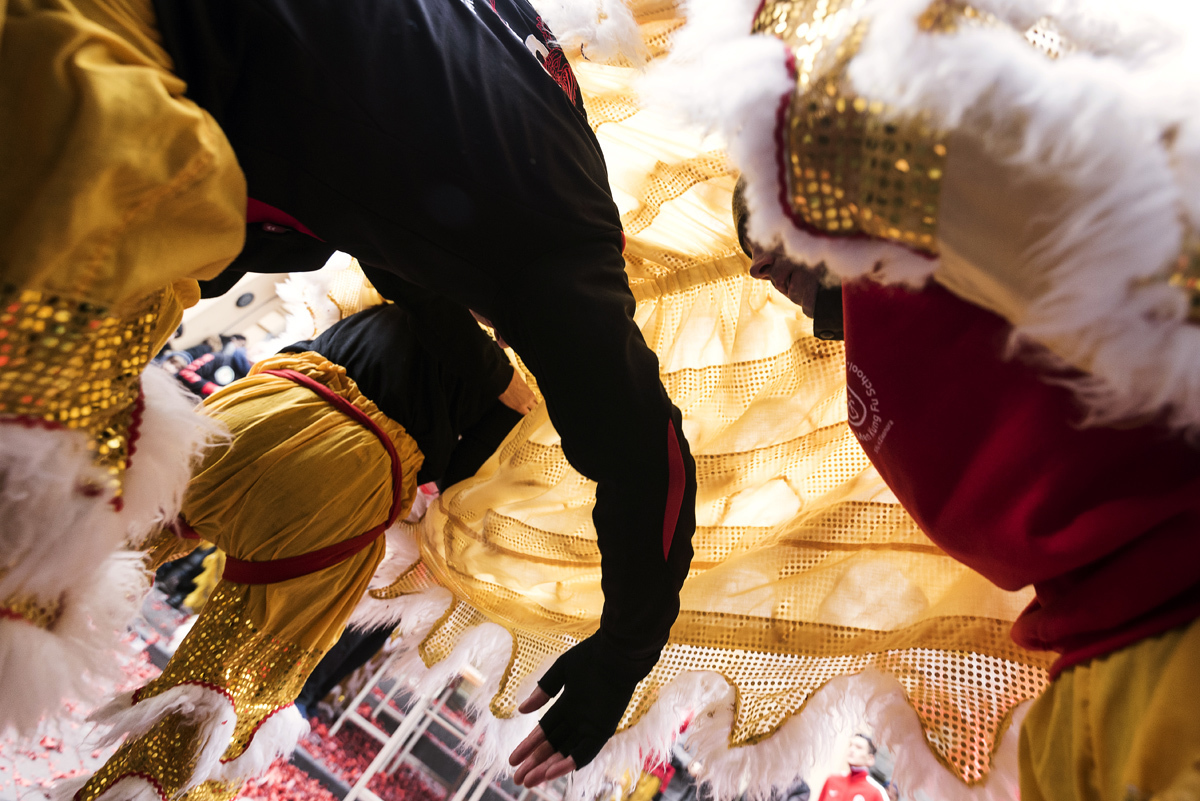 The lion is split into two parts, meaning the hind part must be performed whilst bent over over and with limited vision. 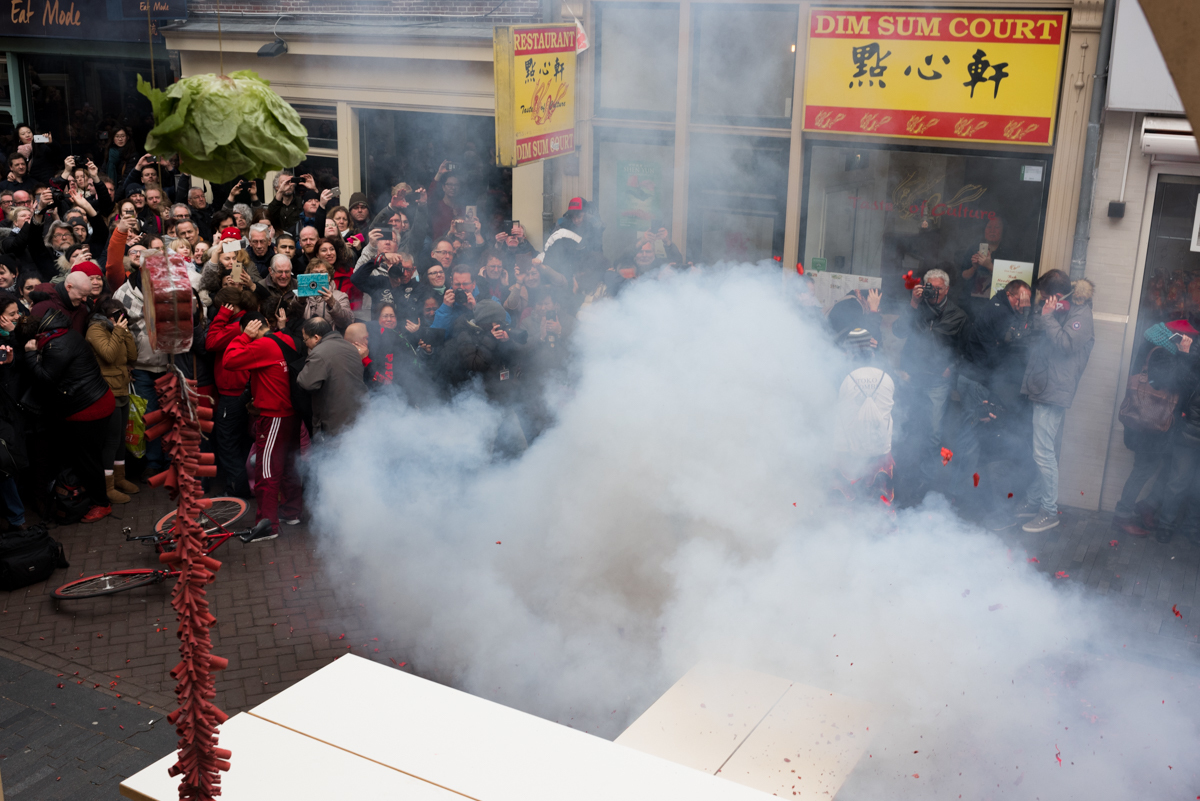 The fire crackers produce a sharp loud bag and then a large plume of smoke following the entrance of the dragon. 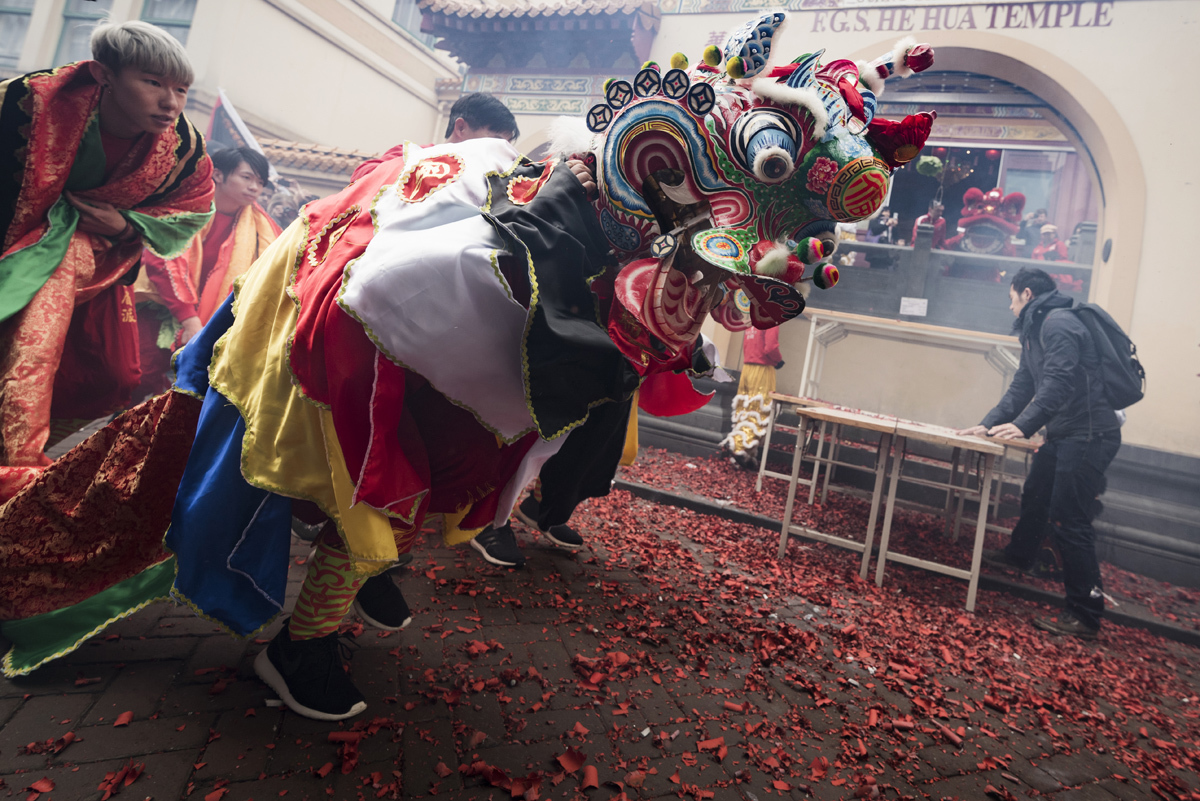 The beginning of the energetic Dragon dance which will loop around the Chinese district. 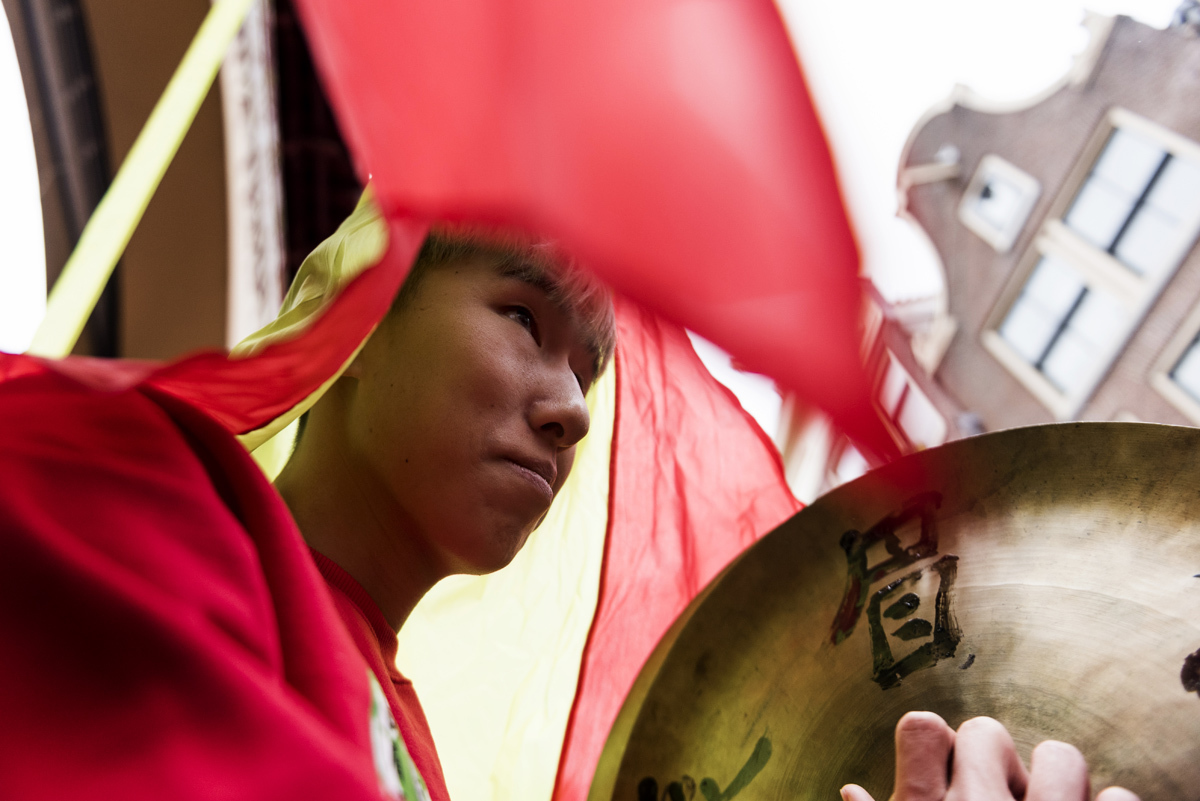 The Lion and Dragon are both accompanied with loud cymbals and gongs creating a warning for the spirits. 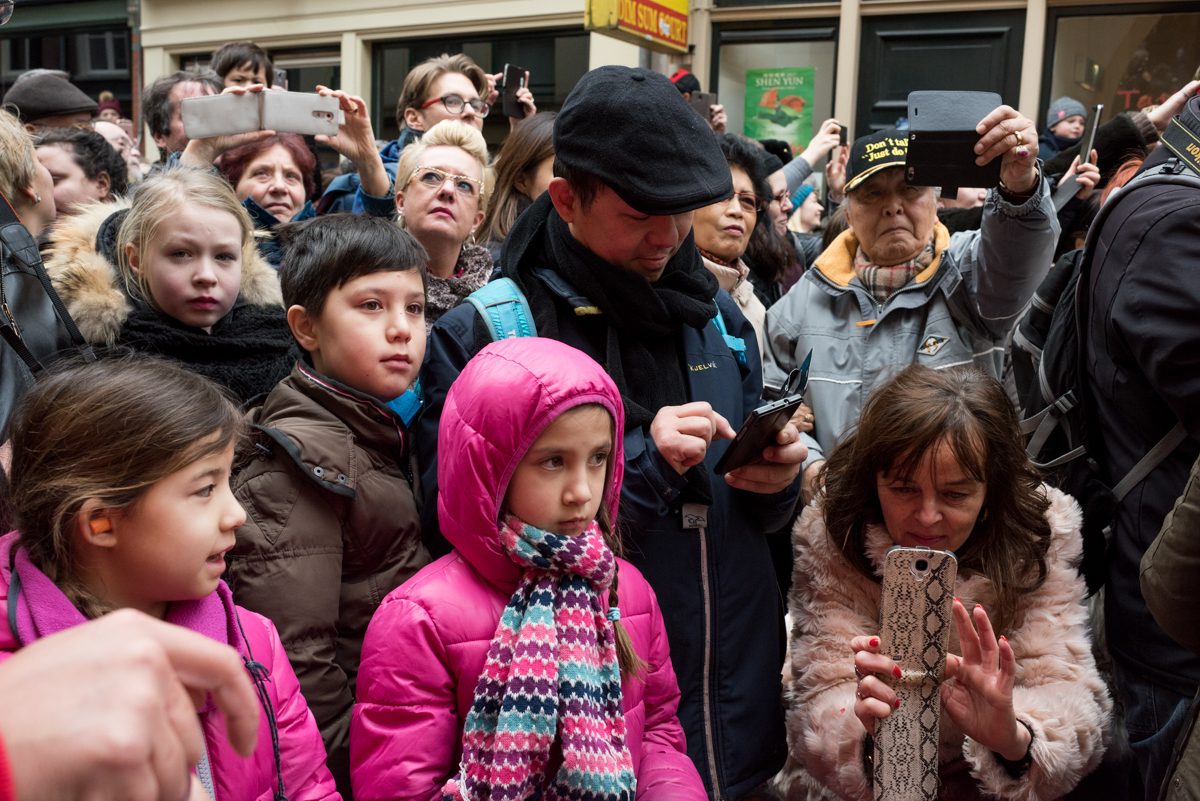 The crowds continue to swell with tourist and locals alike as they try to capture an image of the performance. 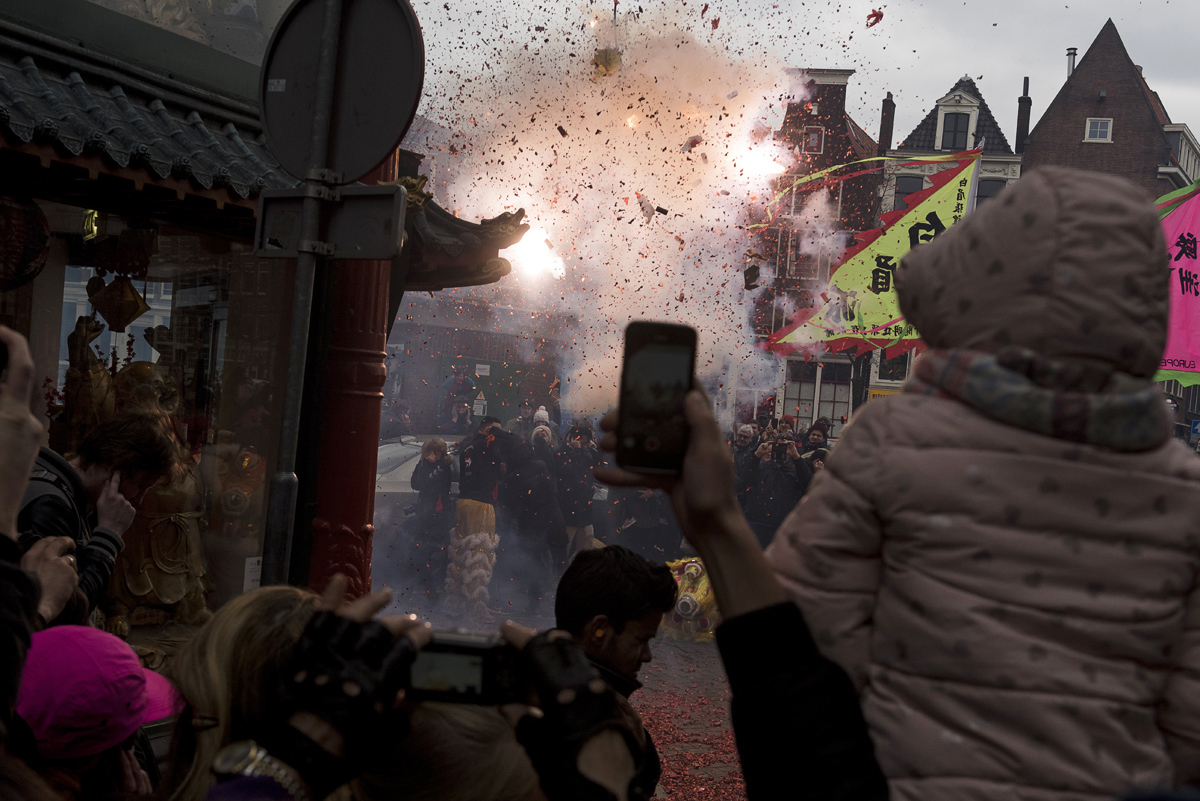 As the last of the firecrackers explode in the streets, people head home to share a meal with thier loved ones. Over the next few days, more celebrations will take place within various communities over the country. 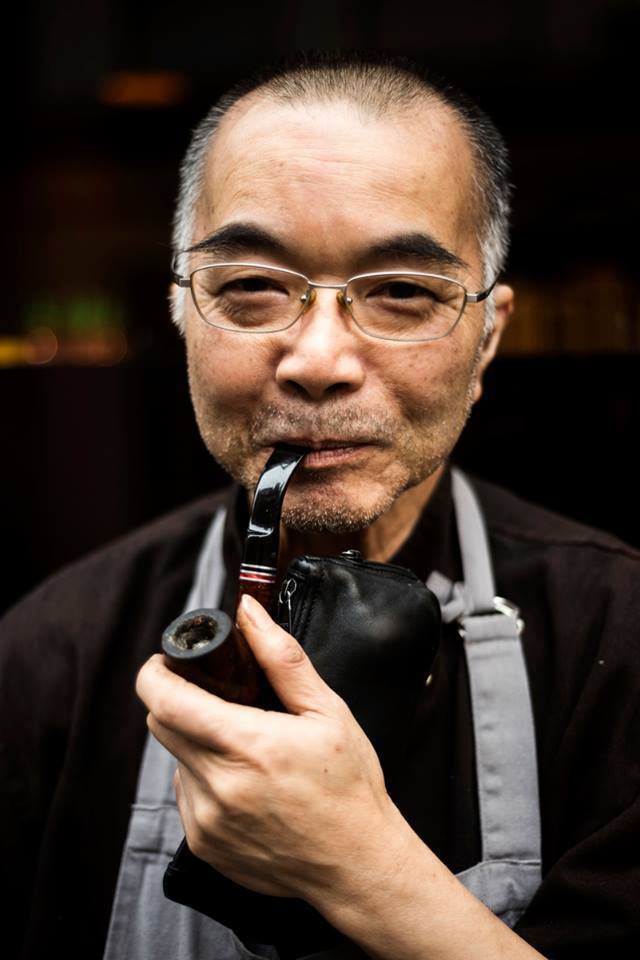 Local Shop owner awaits the lion dance to pass by his store. 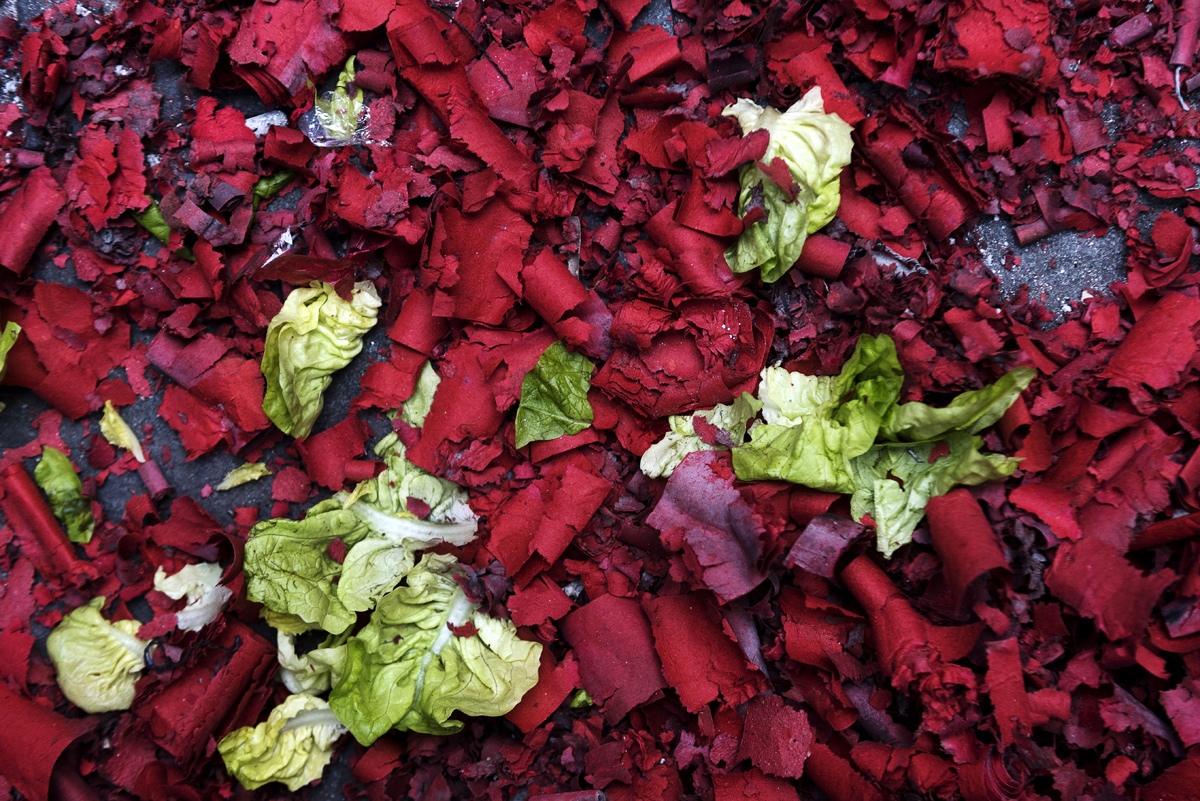 The remains of the shells and lettuce are laid around the entrance of the temple where the Lion had been searching for the ones that contained money inside. 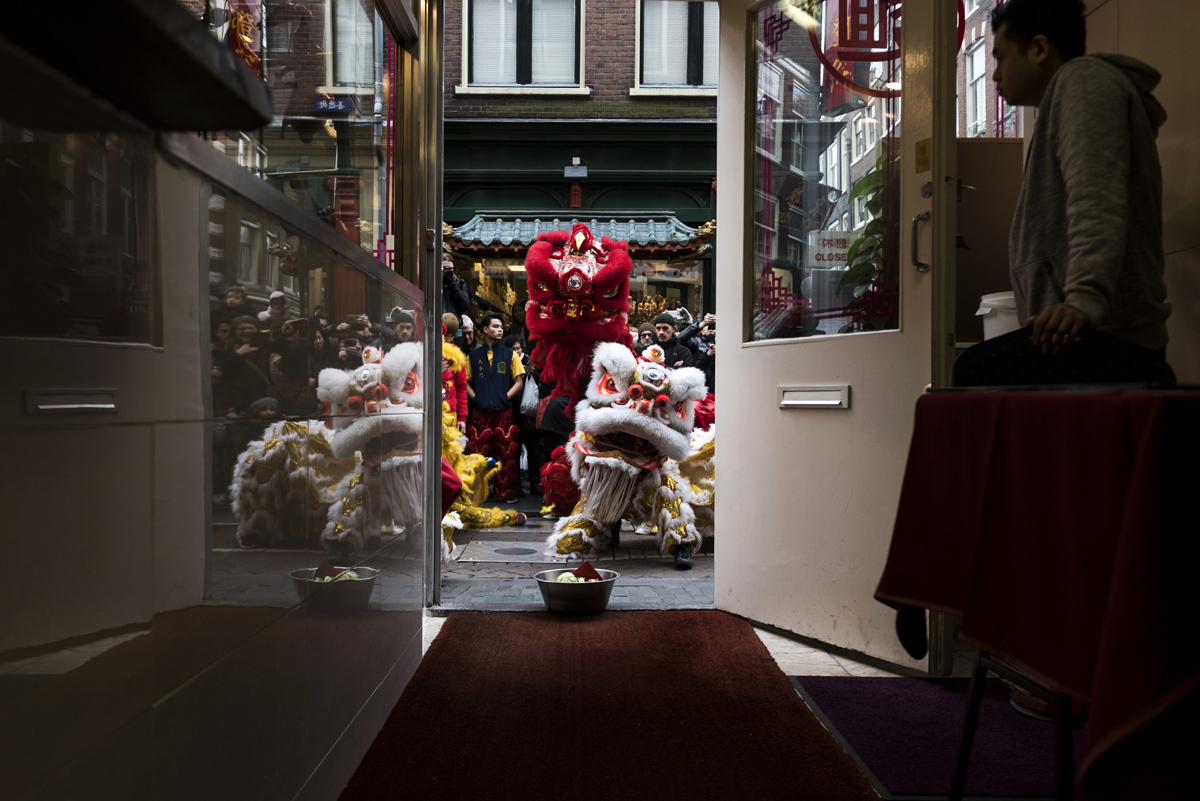 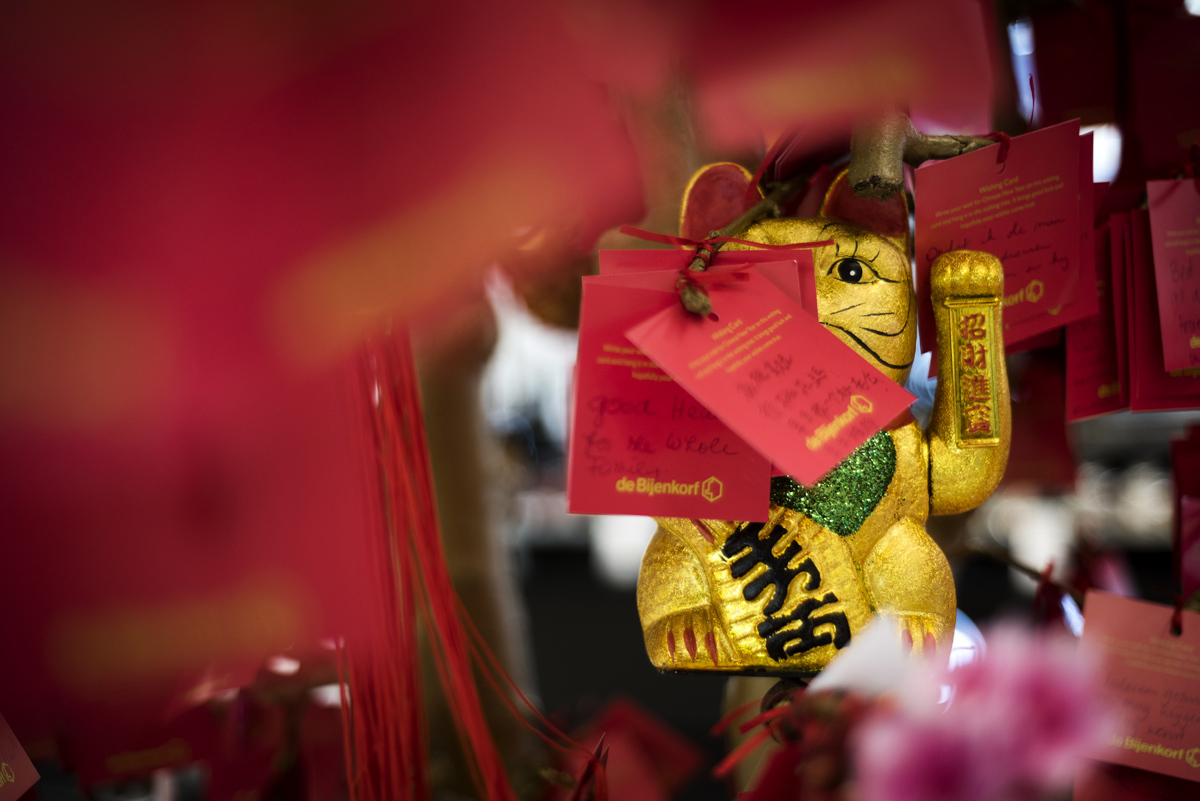 All imagery to the courtesy of Richard Rigby & Aron Süveg.