Creating a city within a city feeling for everyone, day and night - De School

An interview with Kyara van Loenen (Creative Director), giving us an inside scoop of what De School has inherited from Trouw but also what it’s bringing as the new cultural hotspot in Amsterdam West.

The word ’School’ has different meanings for each of us. “We don't need no education, we dont need no thought control” sang the legendary Pink Floyd; “I just wanna have some kicks, I just wanna get some chicks” was Joey Ramone’s approach and for Alice Cooper, “School’s been blown to pieces”.

There’s one ‘school’ in Amsterdam, however, that’s drawing the cool kids back in town. 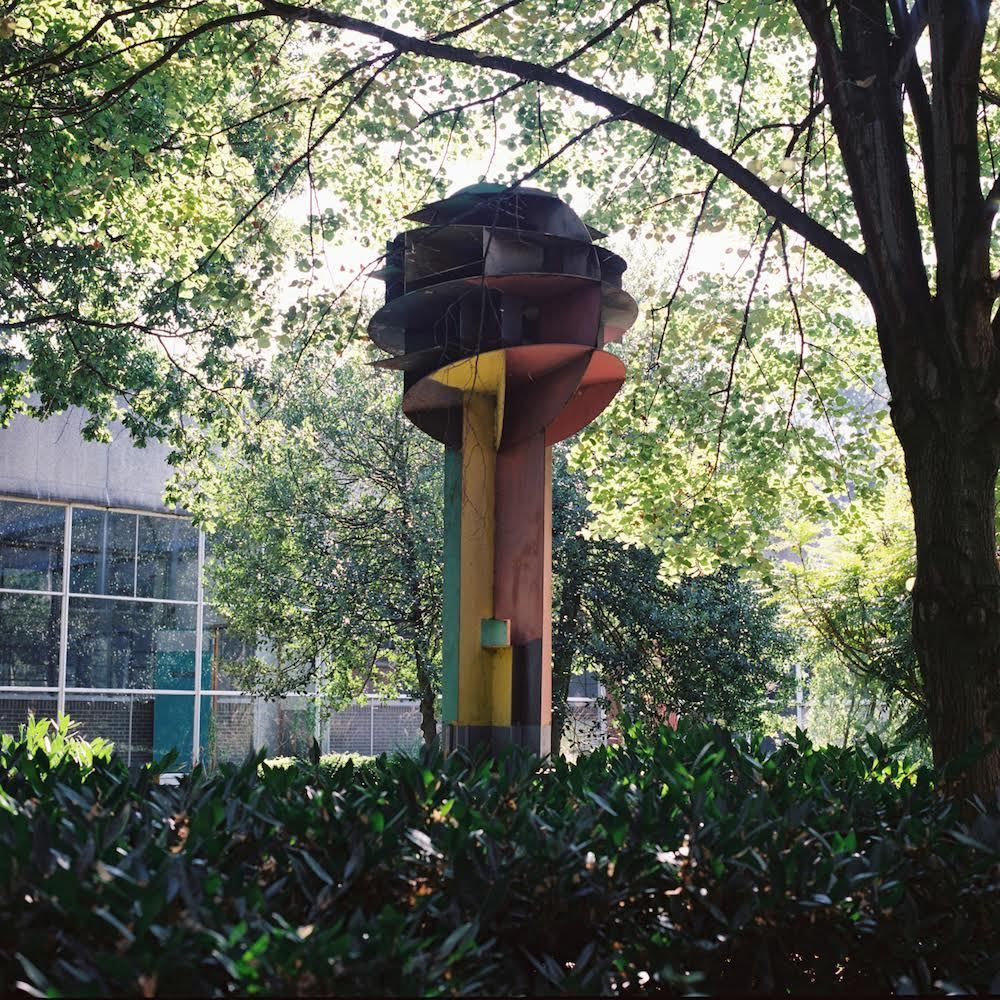 De School is a former school building revamped into a cultural hotspot and creative community, where you can dance the night away, see live bands perform before your eyes, enjoy delicious candlelit meals in the restaurant or even join a boot-camp at the gym.

This cool initiative is a follow up of the immensely popular former nightclub, restaurant and creative space Trouw. To everyone’s dismay, Trouw only had a 5 year license which expired last year.

Kyara van Loenen (Creative Director of De School) is giving us the inside scoop of what De School has inherited from Trouw but also what it’s bringing as the new cultural hotspot in Amsterdam West.

Trouw closing its doors was a true loss for the public, but you guys made a great comeback in the form of De School. How did you manage to redirect your efforts?

The Trouw community was like family to us; we had brought so many people together and gathered so much experience through its different aspects. We thought we really ought to do something with all that. 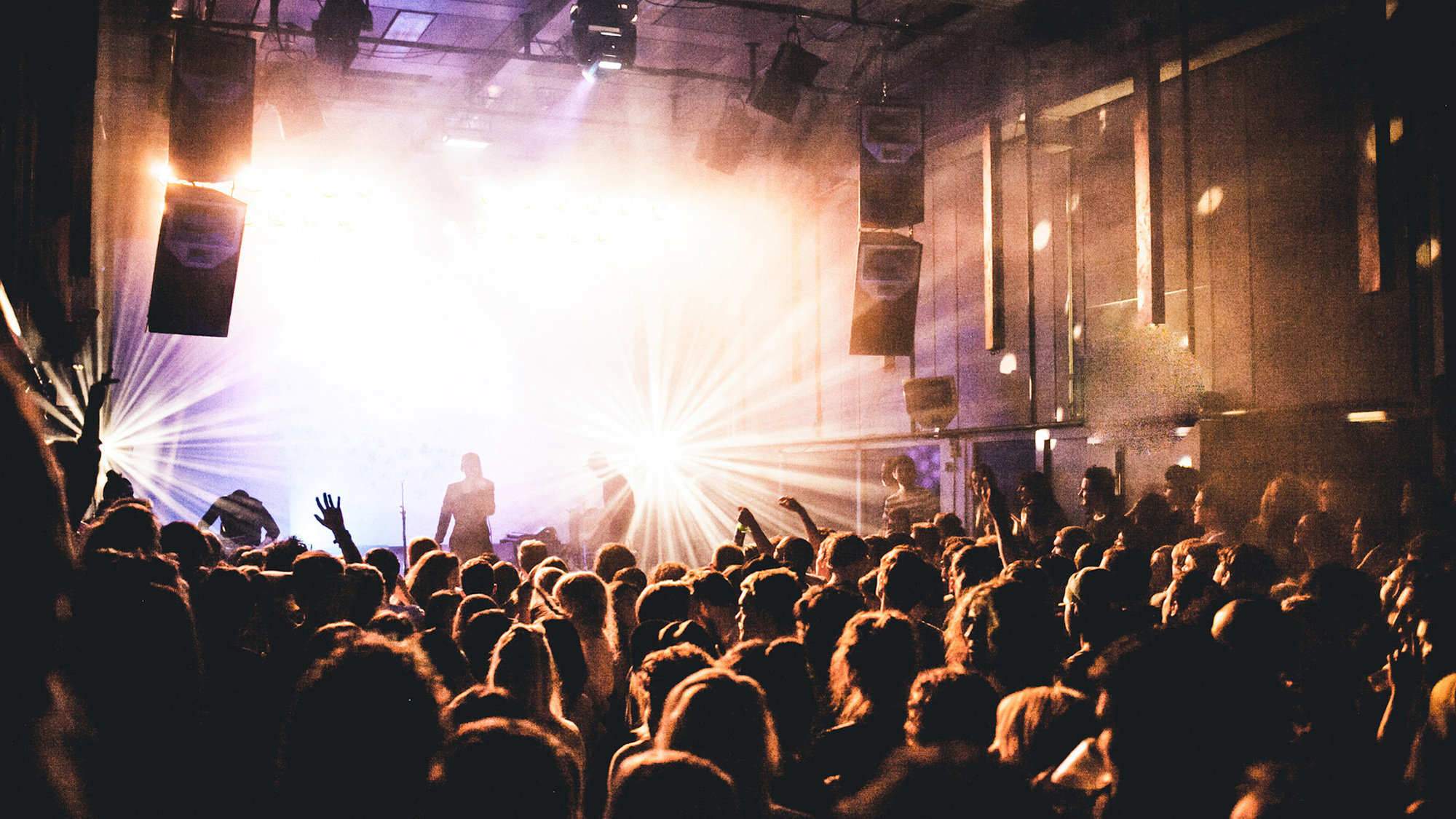 It was about a year and a half ago that Olaf Boswijk, one of the founders, came across the space of what now is De School when it was abandoned and taken over by a few squatters. We visited just before the end of Trouw and upon seeing it for real we were taken aback by the sheer size of the space; it was massive!

Our initiative was ever-growing and we wanted to challenge ourselves by taking it a step forward; trying to create a city within a city feeling. We therefore introduced all the new parts to it; the cafe, restaurant, gym, concert hall, art space and of course the club.

At the same time, we had to completely start from scratch. Our previous initiatives ended with big names and a big community, but we had to up and go to this completely new space, name and identity, starting that process all over again. 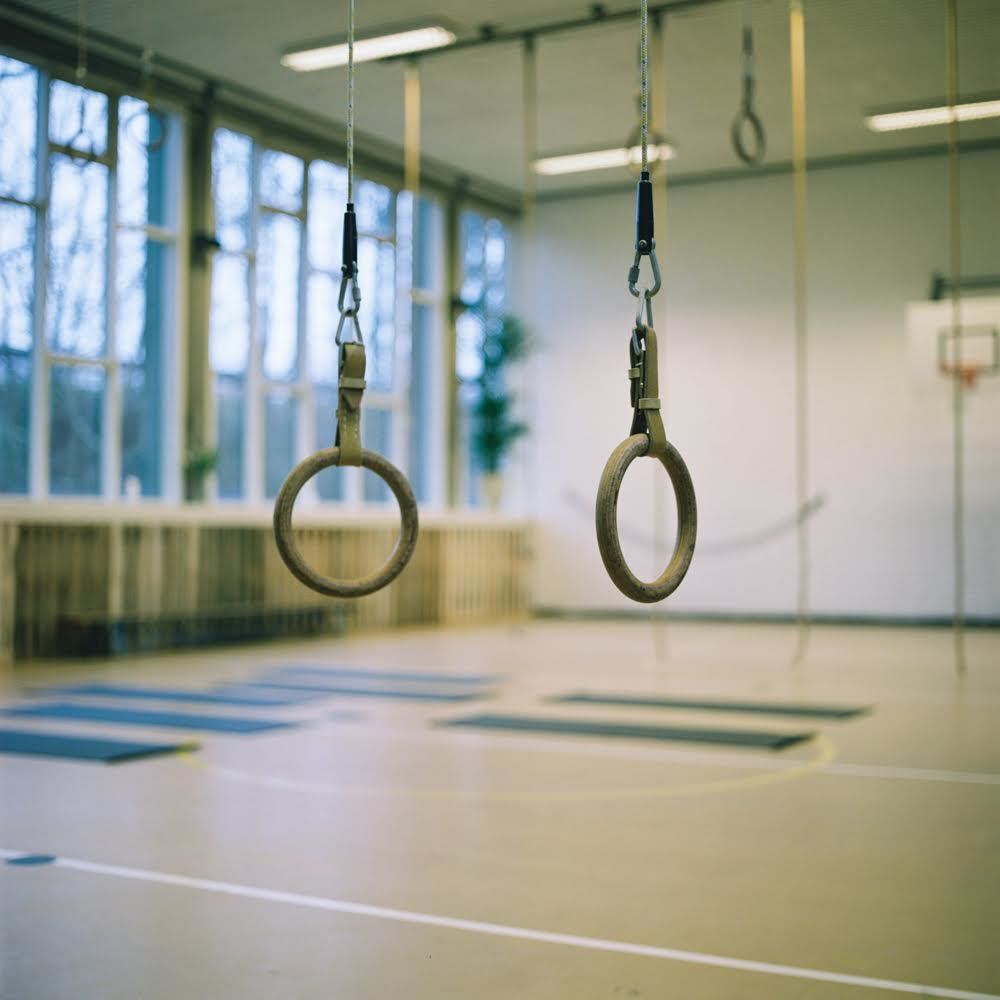 An old abandoned building filled with all kinds of classrooms and common spaces; sounds like the perfect structure within which to realize the visual elements of your new brand …

Absolutely! The visual elements came directly from the architecture and structural elements of the space. It was built in 1969 and by walking around the space and brainstorming for ideas, we spotted all the grids and colours that surrounded us; we felt that we should integrate them in our visual style. It also has to do with the fact that it was an old technical school and the materials used within class also involved grids.


"Our initiative was ever-growing and we wanted to challenge ourselves by taking it a step forward; trying to create a city within a city feeling."

Another reason was the fact that we wanted to start with a clean slate and be able to build upon that over the duration of the project. The grid formation provided a foundation to build up from. Take our logo for example; it's clean and simple, but it's also empty. There's space for it to evolve and adapt and it is a reflection of the initiative itself.

Trouw was certainly mourned by the dance community and everyone was looking out for the next initiative. There were rumors going around as well; then suddenly, out of nowhere, this huge announcement; a boom. Everyone knew about it and everyone was talking about it.

The whole idea of De School existed in the heads of just 6 of us for about a year. When the news came out in December it was after a year of thinking, organising and planning, but we didn't know what people would think of it as we had never showed our concept or ideas to anyone. But the plan was to release all of the information at once. It was scary as well, because we had to fully trust that it will work! 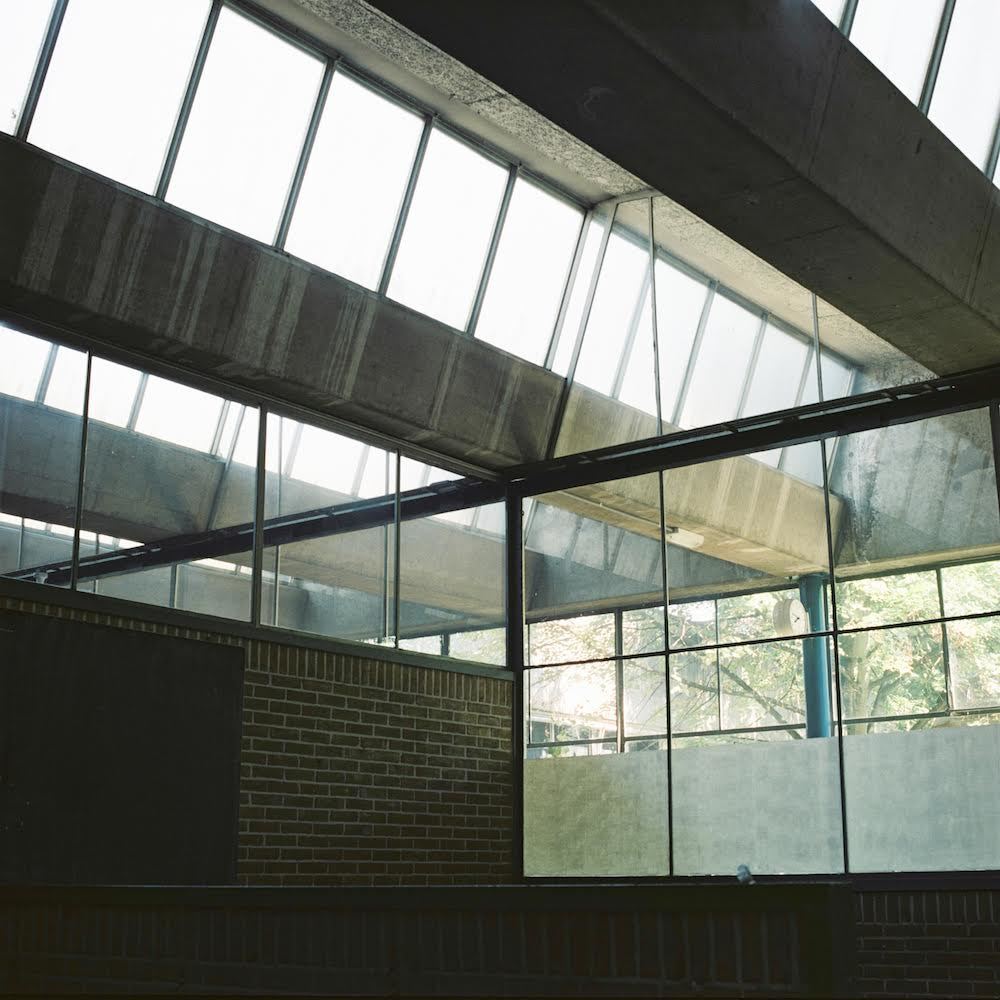 Over the years you’ve been successful in bringing movement and influencing different parts of the city with your initiatives like Club 11 (Center), and Trouw (East).  Now you have brought the movement to Amsterdam West. How is De School different from all of the other hubs that are scattered throughout the city?

Lately I've been getting the feeling that Amsterdam is very busy, which of course is very good in terms of the tourist industry, our economy and the city itself, but as a resident I sometimes just want some space around me. The wide halls and spaces available in De School are not designed to fill up to their capacity, but rather allowing enough space for the people to wonder around enjoy their surroundings.

At the same time, there’s a multitude of smaller exhibition spaces that have a very intimate feel. In the center of it all, there’s the garden; the centerpiece of De School, acting as a meeting point of the different worlds, so to speak. 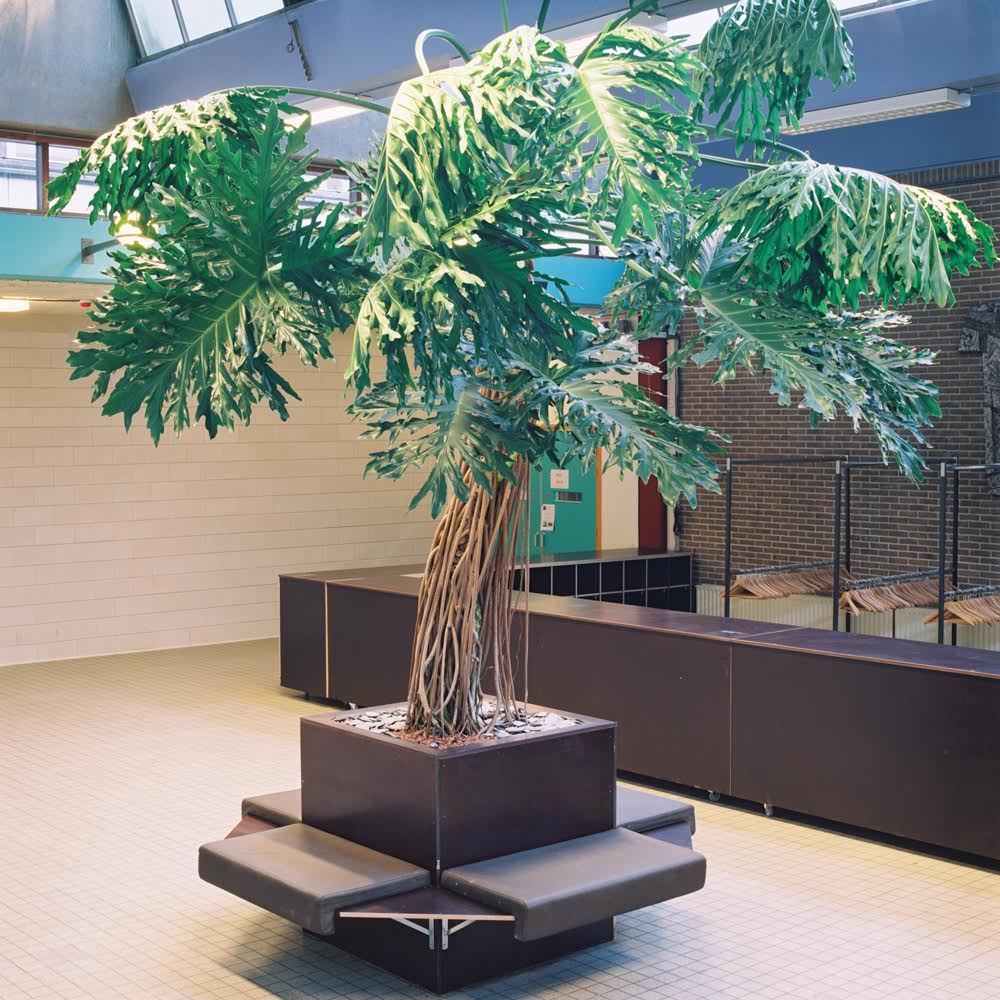 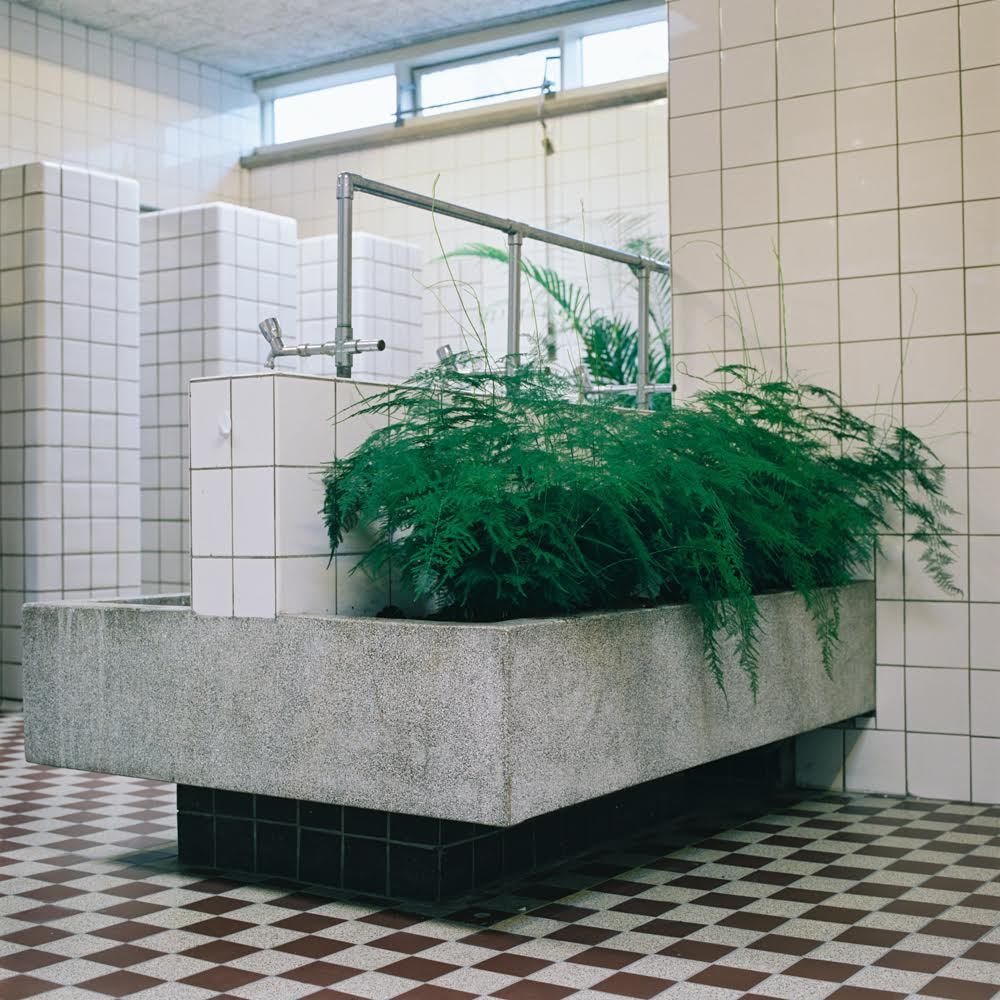 That was something that I really missed in Amsterdam; on a sunny day you can't sit on a communal terrace or a park because it's full, especially in the center of the city. At De School we have lots of space and it's open every day and night, so we hope to fill in that gap that is missing from the city.


"The wide halls and spaces available in De School are not designed to fill up to their capacity, but rather allowing enough space for the people to wonder around enjoy their surroundings."

The intimacy is really something that shows the honesty of the project; given Trouw's previous success, De School could easily be turned into a huge space for masses of people, but rather you chose to keep it humble and small. It really creates the feeling of a tight-knit community and family.

Coming here and seeing it for real brings it home for me; it really makes sense and feels like it can be successful. It’s exciting to see how it will develop and grow in the next few months and years! 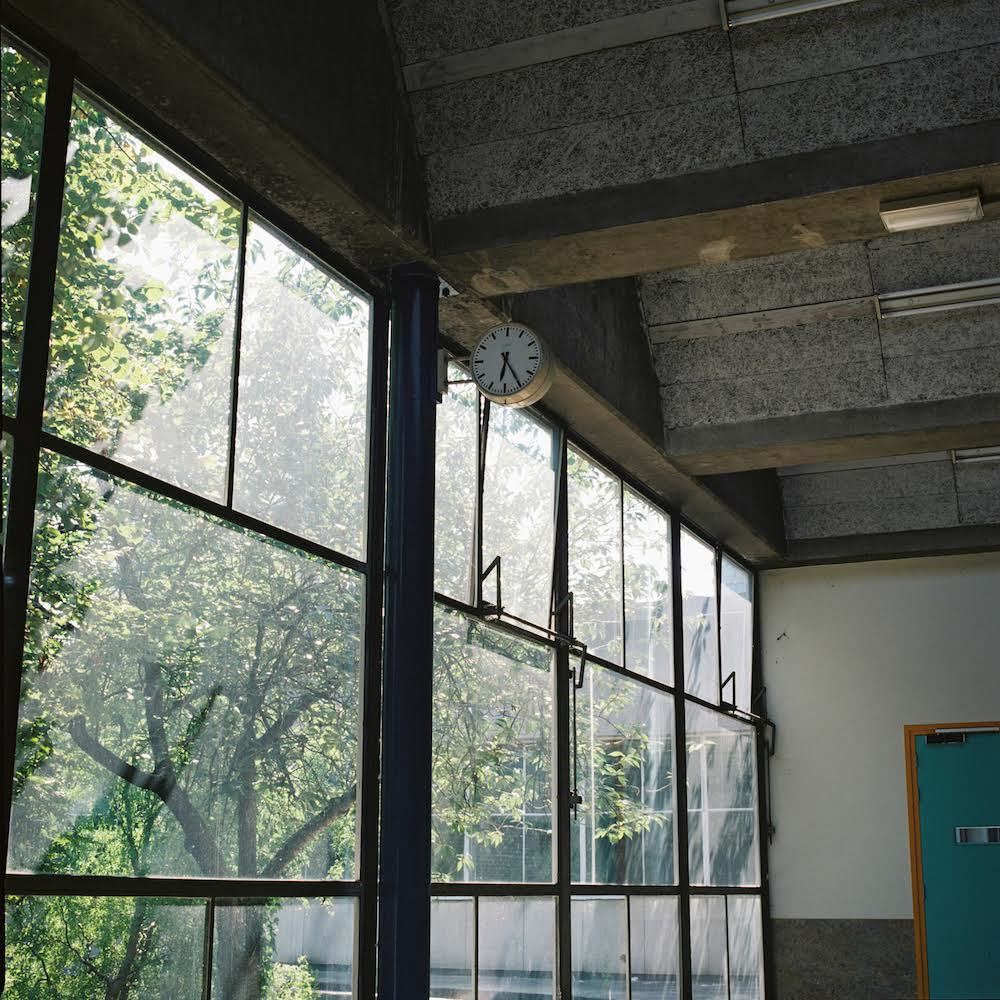 Special thanks to Kyara for sharing her story, as well as the beautiful photos of De School.