The Je m’appelle Company introduced a new living concept to Amsterdam: to work and live in the same house.

A tiny, almost hidden street in Amsterdam-West. The house is situated on a corner, and the big windows lets you see an open work space. A bunch of young people are sitting at a big desk and seem focused. Tijn Hoyng, the founder of the project opens the door for me. Having done some research about the project before, I am surprised at how young he looks. 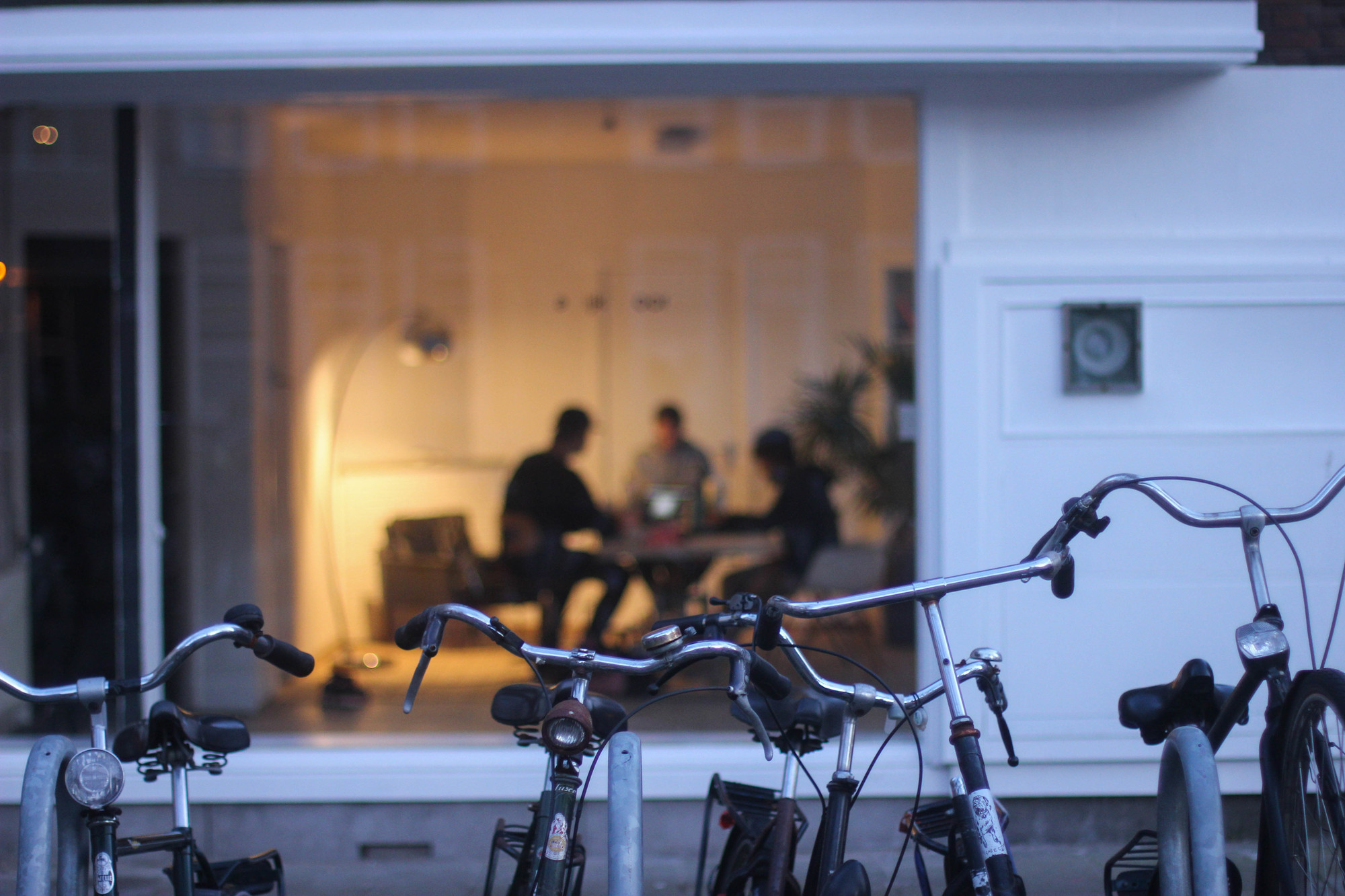 Tijn has always been a 'doer'. That is why he started freelancing as a Designer when he was only 18. Being a bit fed up by the narrow-mindedness of businesses -especially in the south of Holland- he decided to travel to the States. He ended up in Silicon Valley, San Francisco. He moved into a house with other business entrepreneurs; they did not only share the house but also used the space to work together.

Soon it was time for him to return to the Netherlands. He was disappointed when he found out that there are no similar projects in Amsterdam. That’s when he knew he just had to organize it himself. "That was the only way for me, I had to do it, because I knew there would be a market for such a project here". After a year of doing research and pitching the idea for investors, he finally found the right location: Amsterdam West. A newly renovated house that is now the home and work space to 25 young people. 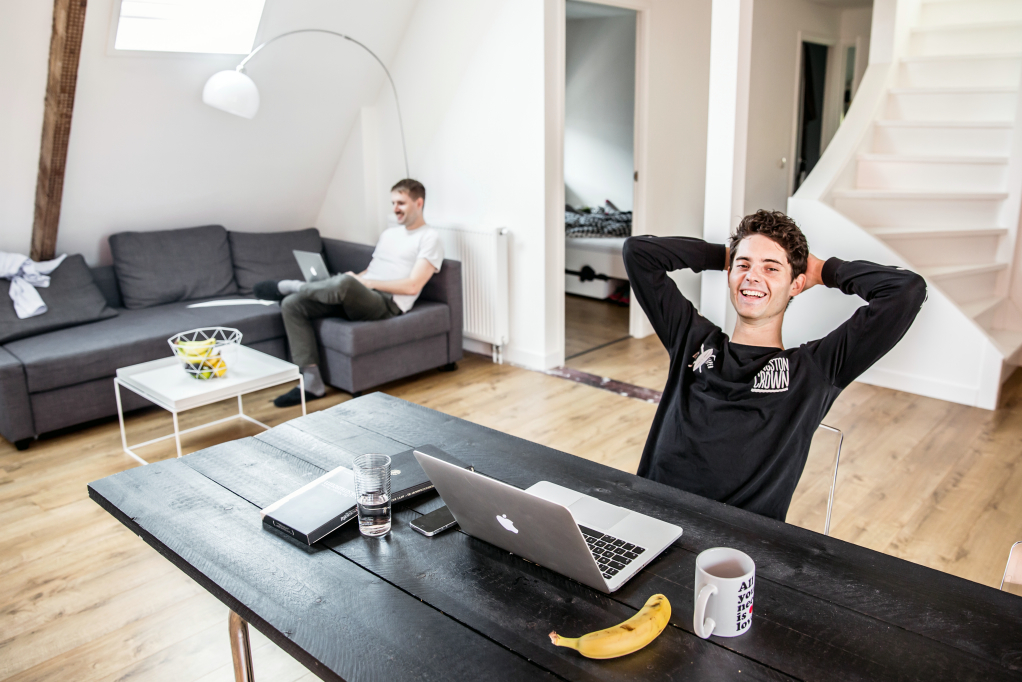 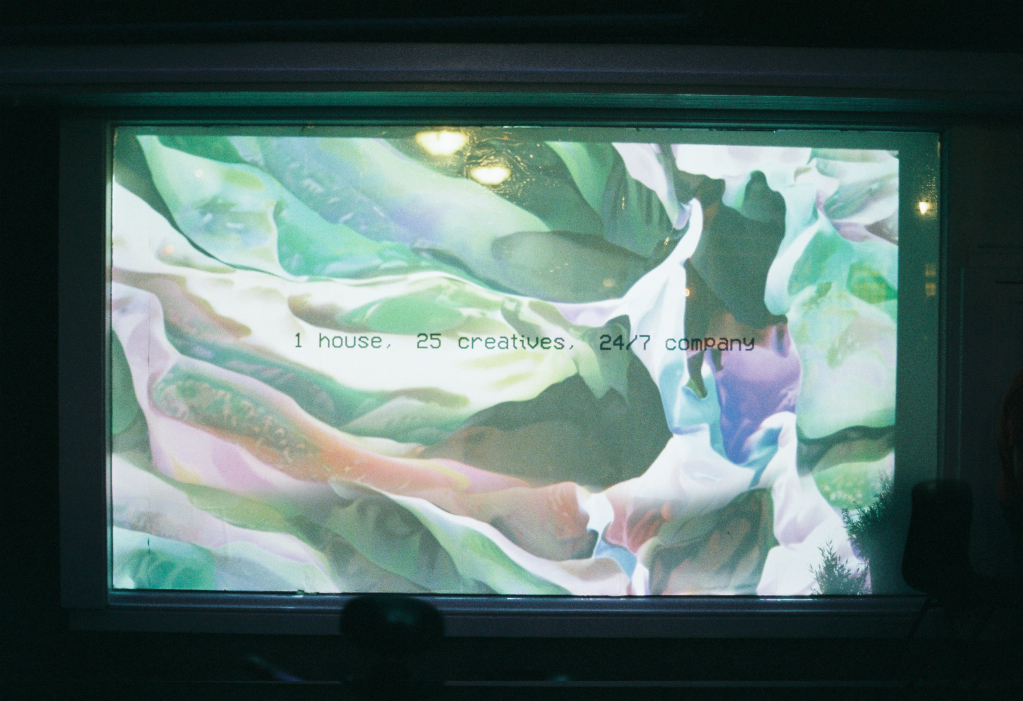 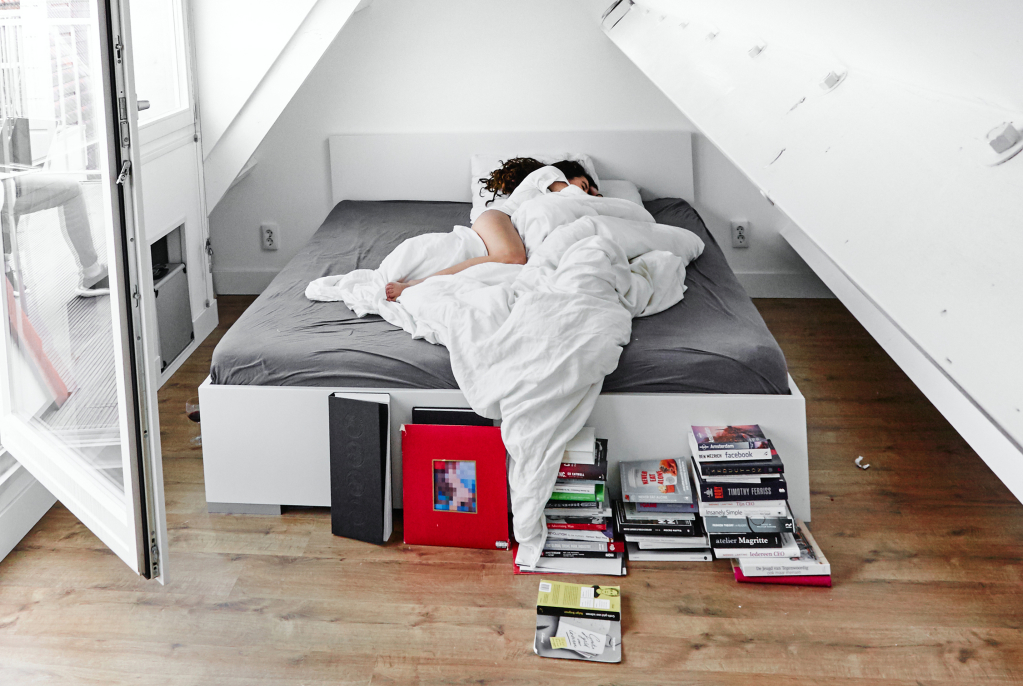 Great base for collaborations

One of the huge advantages of a project like this, is that they can motivate each other easily. "If you are surrounded by other people that work hard on their projects, it pushes you to work hard too!", explains Tijn. However, they do not only push each other, it is also a great way to get quick feedback or find someone to assist with a project.


"We only want people that are very good in what they do."

Collaborations are almost granted as many companies have become aware of the project. So, if businesses need someone, they often ask one of the people from the house and it is almost guaranteed that there is someone that suits the client. Same goes for Wanderbrief, the Start-Up in-house,  if they need help with anything there is always somebody around.

That also plays a big role for the castings, "We only want people that are very good in what they do,"explains Tijn. "That makes it a lot harder. You have to check both sides: the co-working side, if someone likes what they do and is good at it, but you also have to mind the roommate side. Does it match the other people? Is it a neat person?" 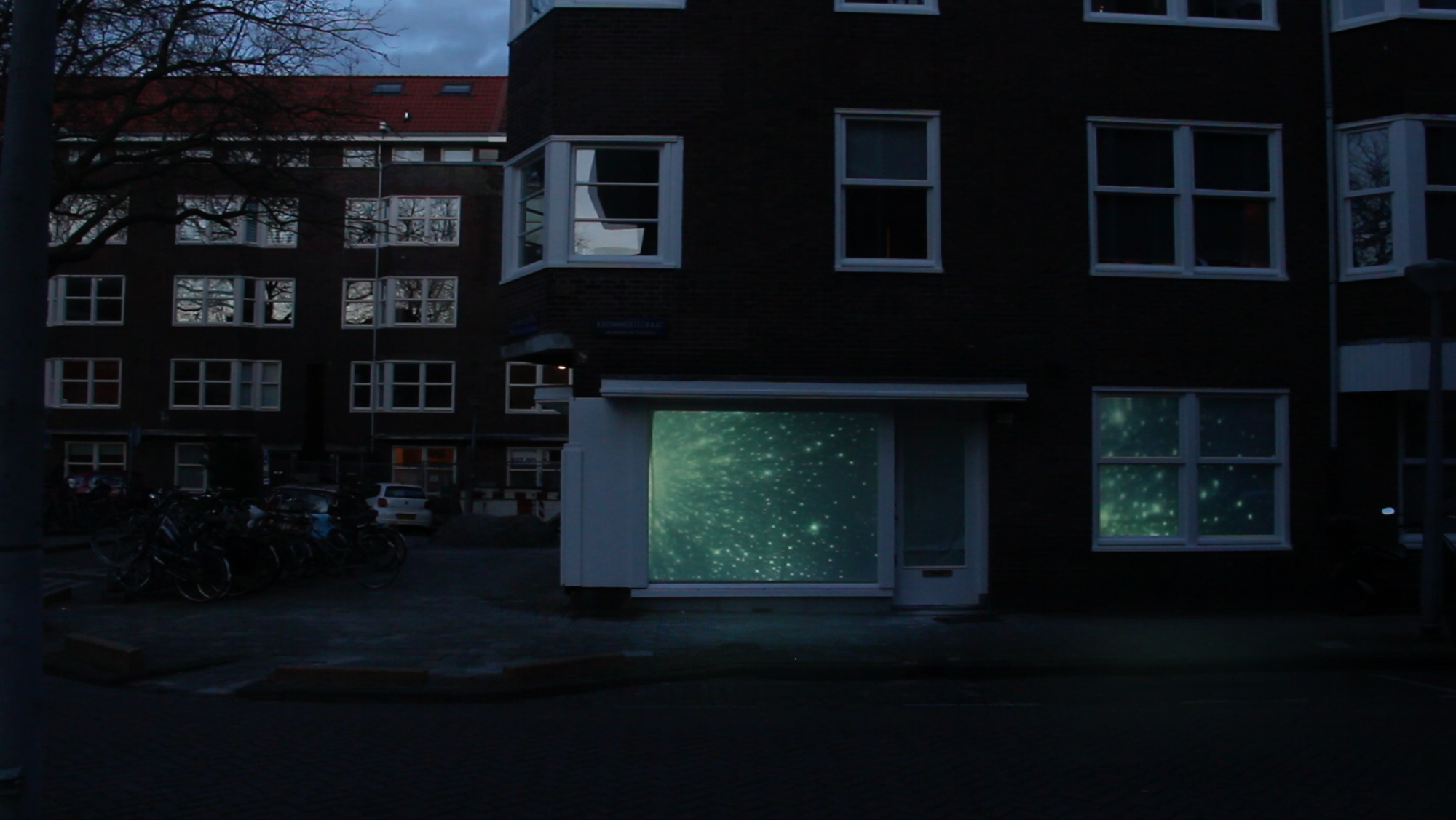 To name a rather unusual collaboration they’ve had, is a deal with Ram’s Roti, a Suriname place down the road. They were having lunch when the owner told them they needed help with the  restaurants logo and website. Instead of asking for a budget, the guys went for another deal: they help out with the website and logo and instead they get free food once a week. A win-win for both sides!

Another food-deal happened with a hairdresser nearby. She turned out to be a great cook! So now, she comes to the studio once a week and cooks for the team. "That is exactly what we want. It’s our goal to create a village in this big city and to create helpful collaborations," says Robert van Opzeeland, he has been living in the house since the start. What adds to the community is De Gymzaal across the street: a gym that offers group workout for the people of Je m’appelle. 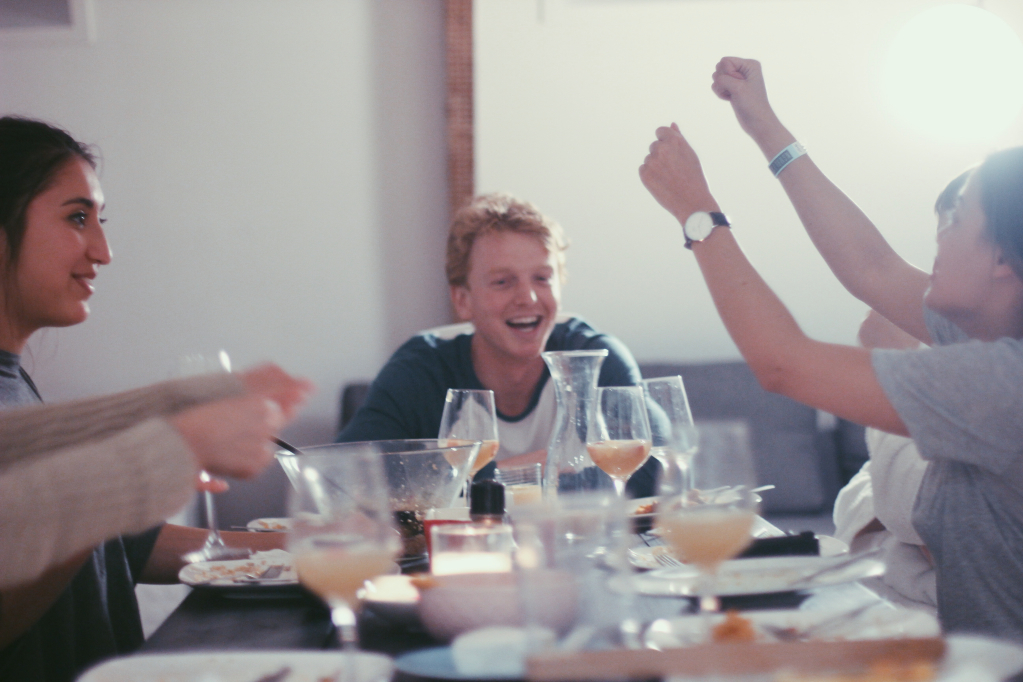 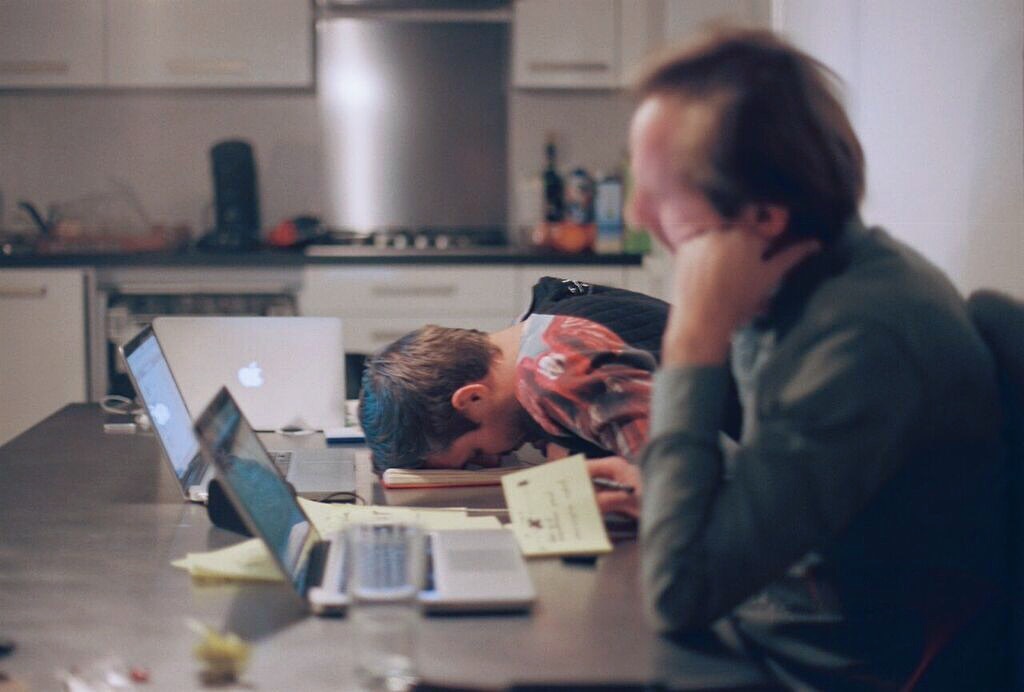 How about the downsides?

One might assume that it can be annoying to live where you work, to live with your colleagues. The guys had a different experience so far though "Luckily we never felt that way! I guess because everything is on a volunteer base. You don’t have to work with anyone here if you don’t want to.", says Robert. Another aspect is that everyone really is into their job and therefore it does not feel like working.

As the project has been such a success so far, new locations and flats are planned. They want to get other collaborations within the neighbourhood and create more co-working opportunities. Liking the concept? Drop them a message! There will be new rooms coming up this September.