Amsterdam's Light Festival through the eyes of 2 Photographers

Every winter the canals of Amsterdam are illuminated by the most beautiful light sculptures created by young established international artists: Amsterdam Light Festival 2016.

You'll find more than 35 artworks and installations placed along the canals and special places throughout the city until January 22nd. And Our A City Made By People Amsterdam photographers Richard and Aron went exploring the Amsterdam Light Festival 2016. In two different ways: Richard walking through the city searching for festival admirers and Aron from the Water Colors boat tour in this Amsterdam winter wanderland goodness.

'Light festival people' from the land by Richard Rigby 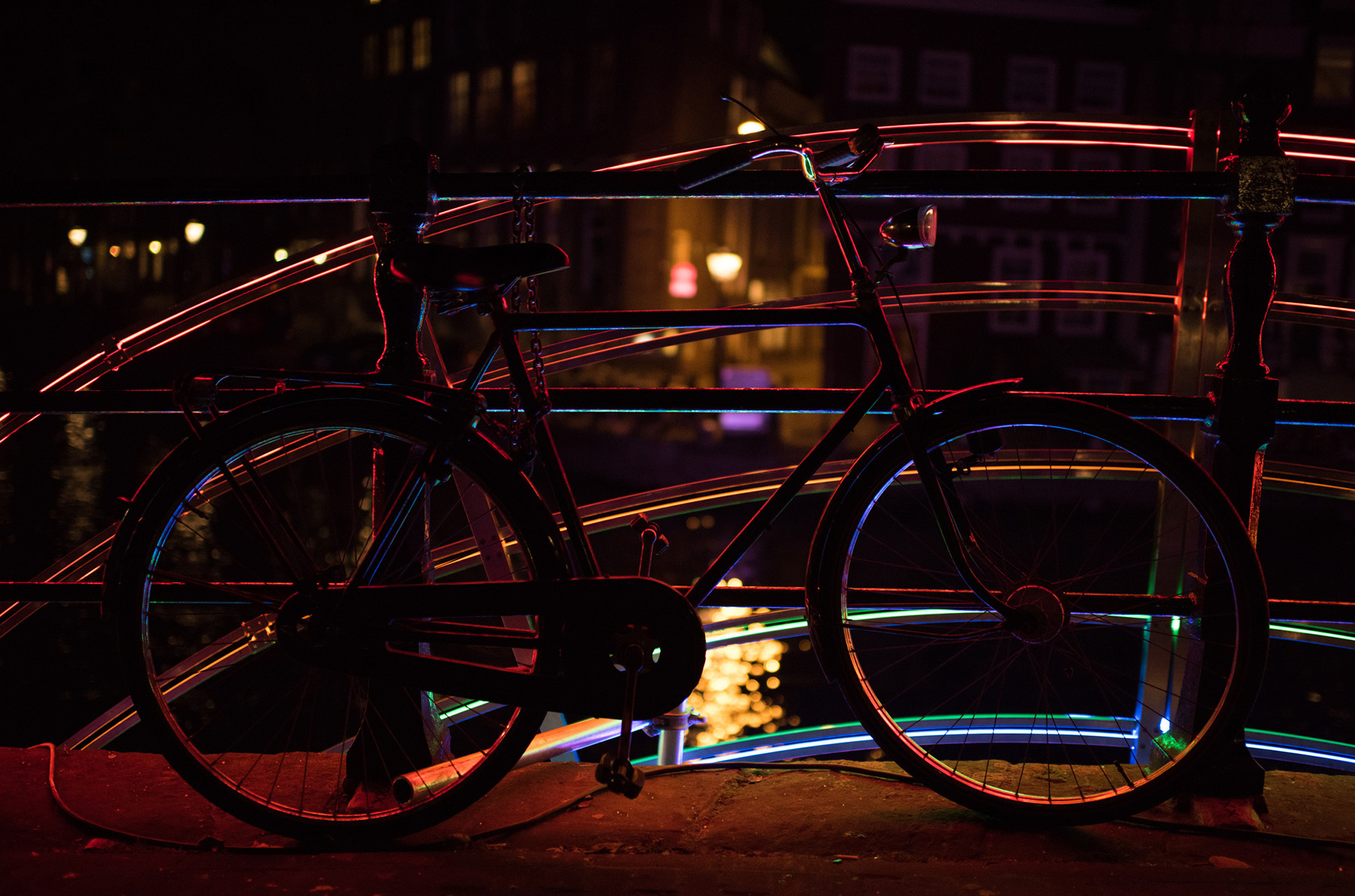 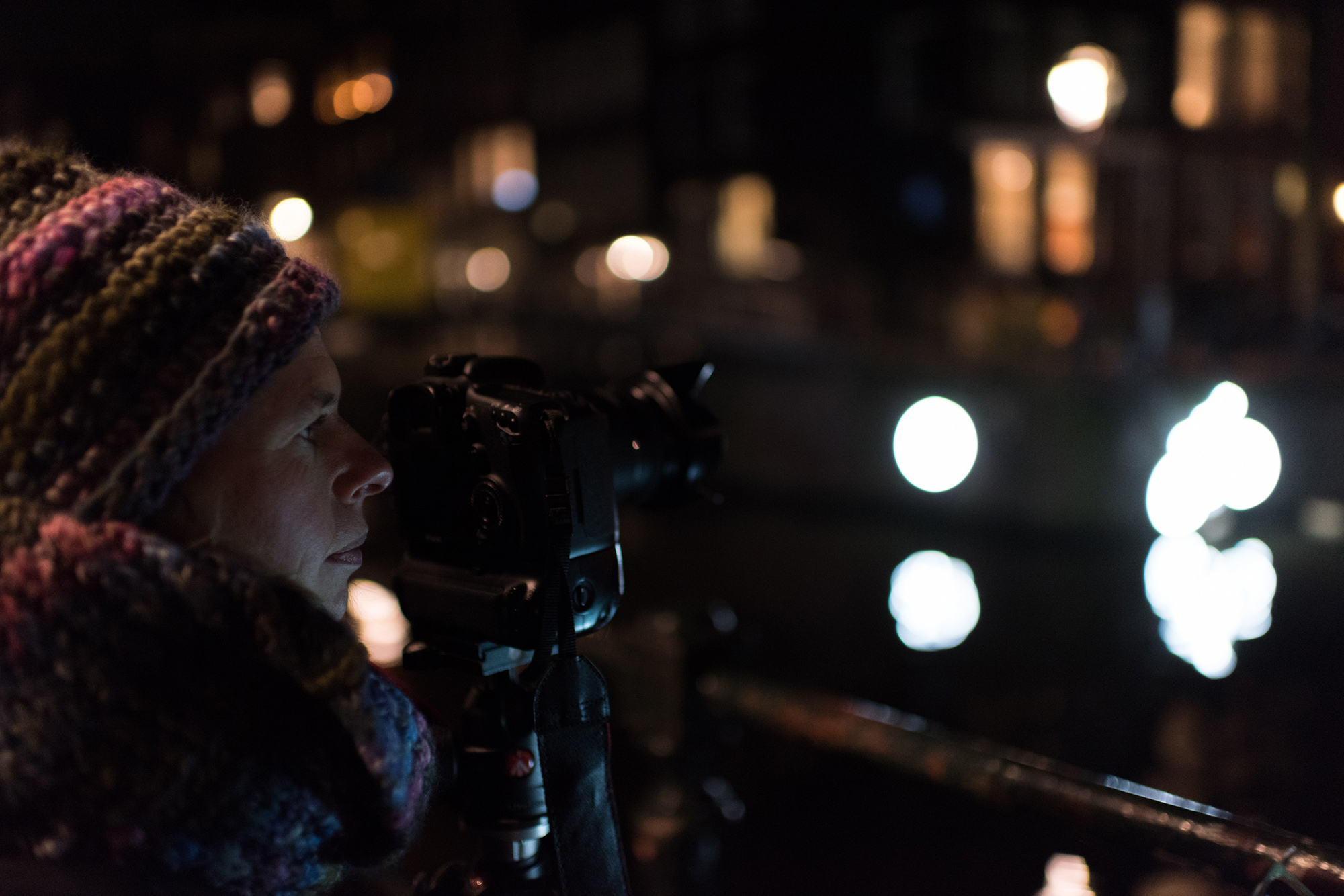 Mari Anne, 38, Edam: “I come down to Amsterdam every year to take photos. I work as a Nature photographer so this is quite different. My favourite are are the rainbow and the tulips.” 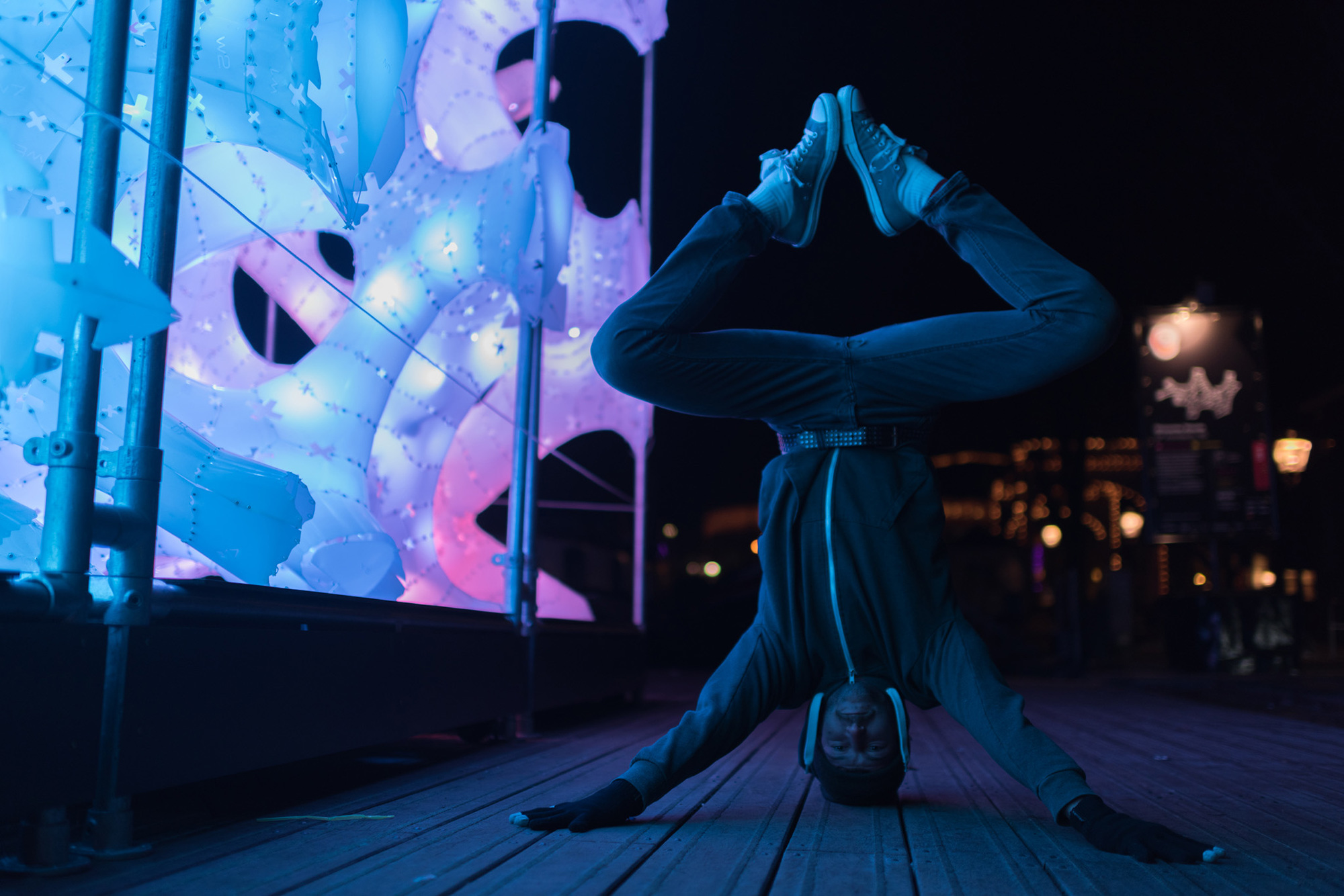 Giacomo, 30, Italy: “I am an exchange student and am being shown all the lights for the first time by my friend, I am trying to understand the installations and perhaps interact with them as much as I can." 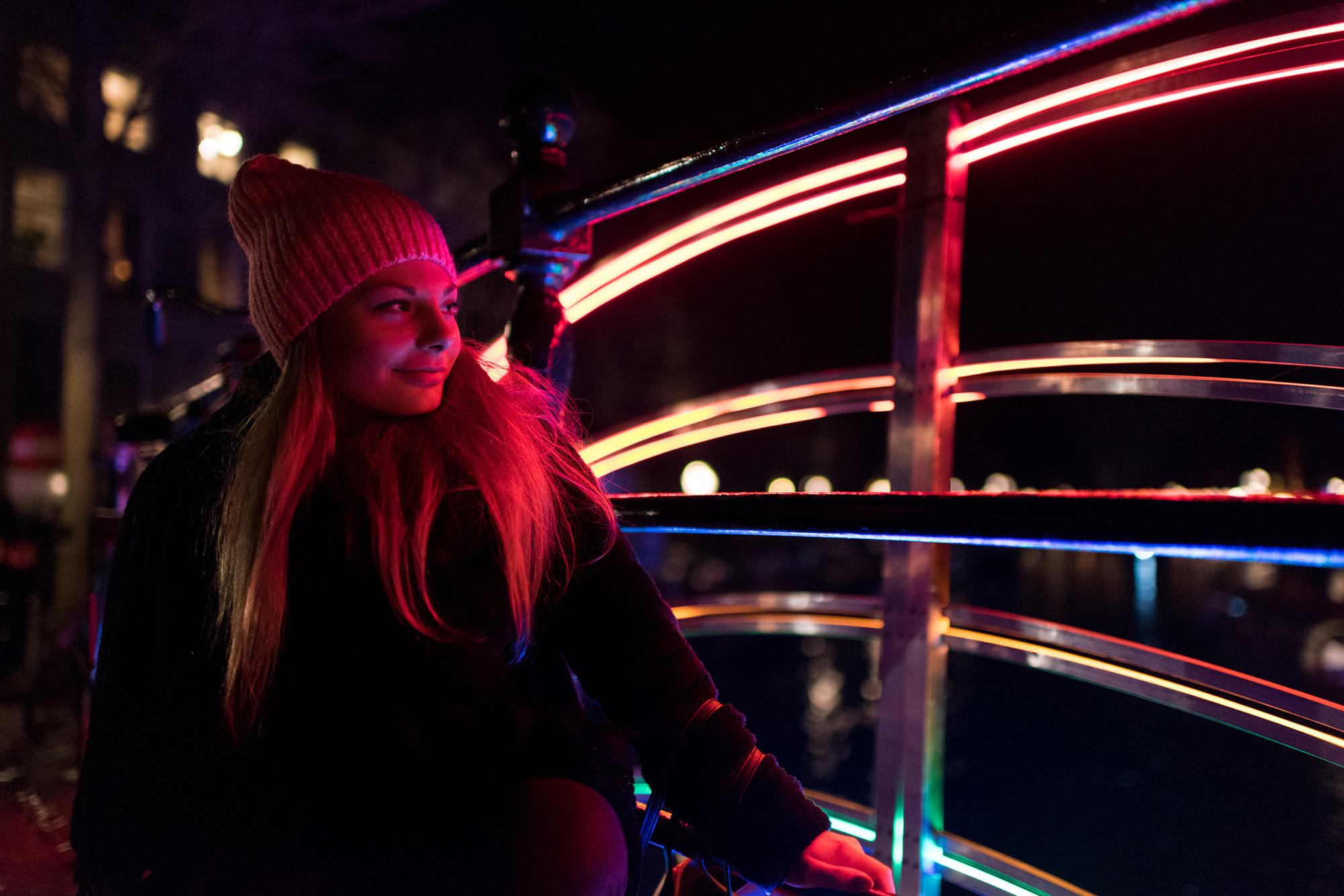 Martina, 22, Italy: “I have been here for three years now and I think that this year is the best one. I like the different colours and structures.” 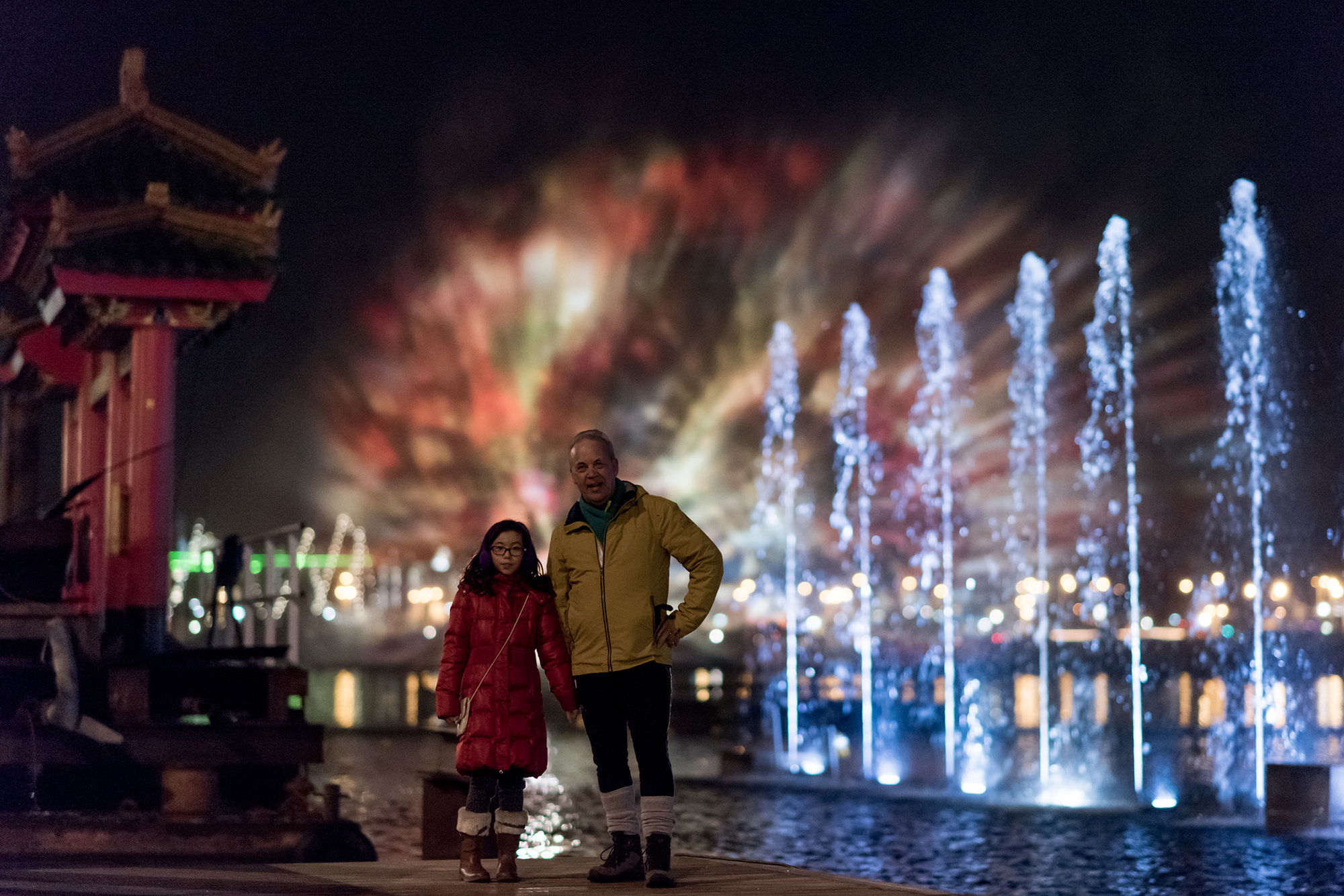 Hank, 62, & Jessica, 8, China: “We have been living a China for sometime so this is a nice change to be able to celebrate SinterKlaas and see all of the lights.” 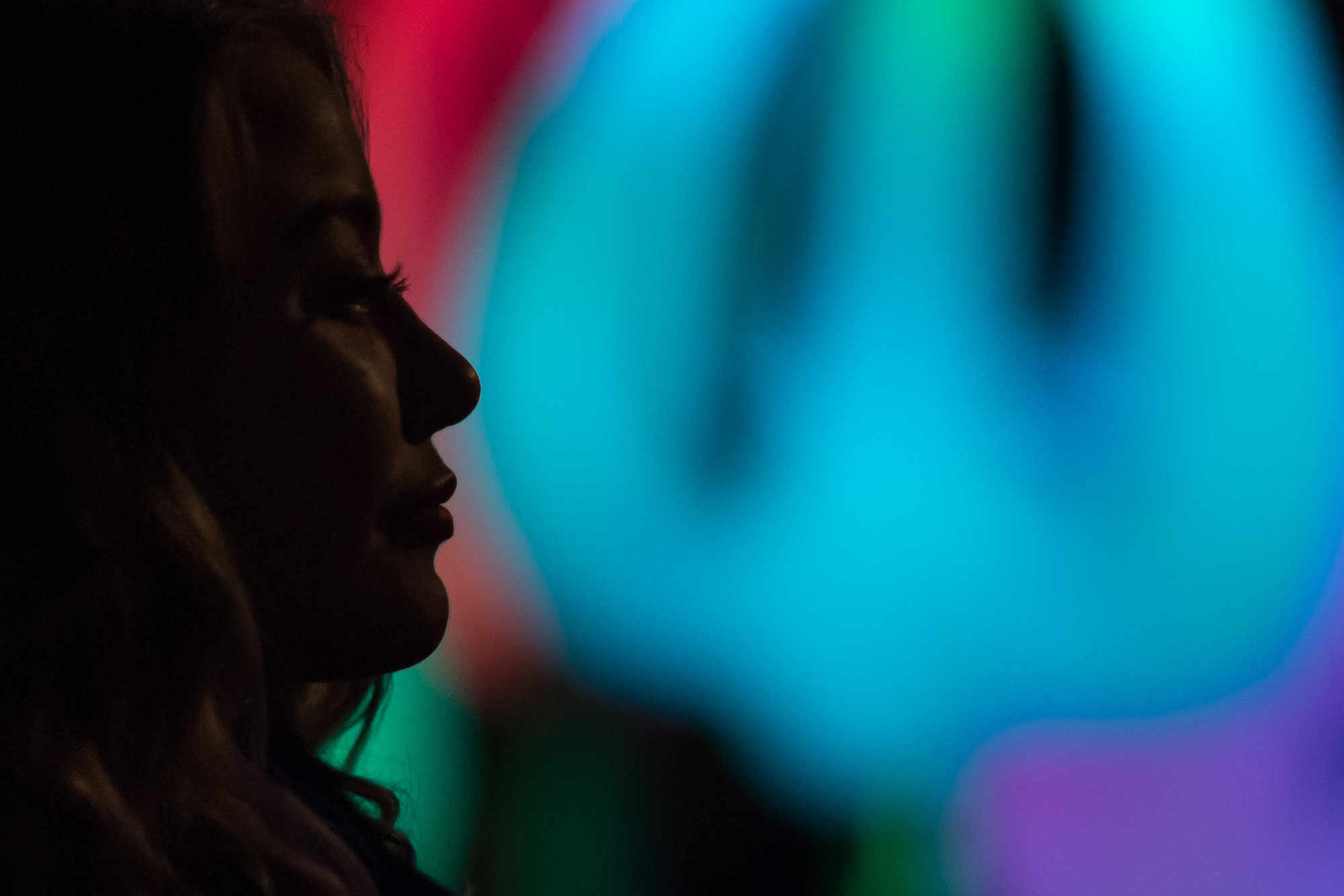 Marloes, 33, Amsterdam: “I am on my way to party to celebrate Sinterklaas. I think that the lights are nice but Amsterdam always is a spectacular in the evening anyway.”

'Colorful Artwork' from the water by Aron Süveg. 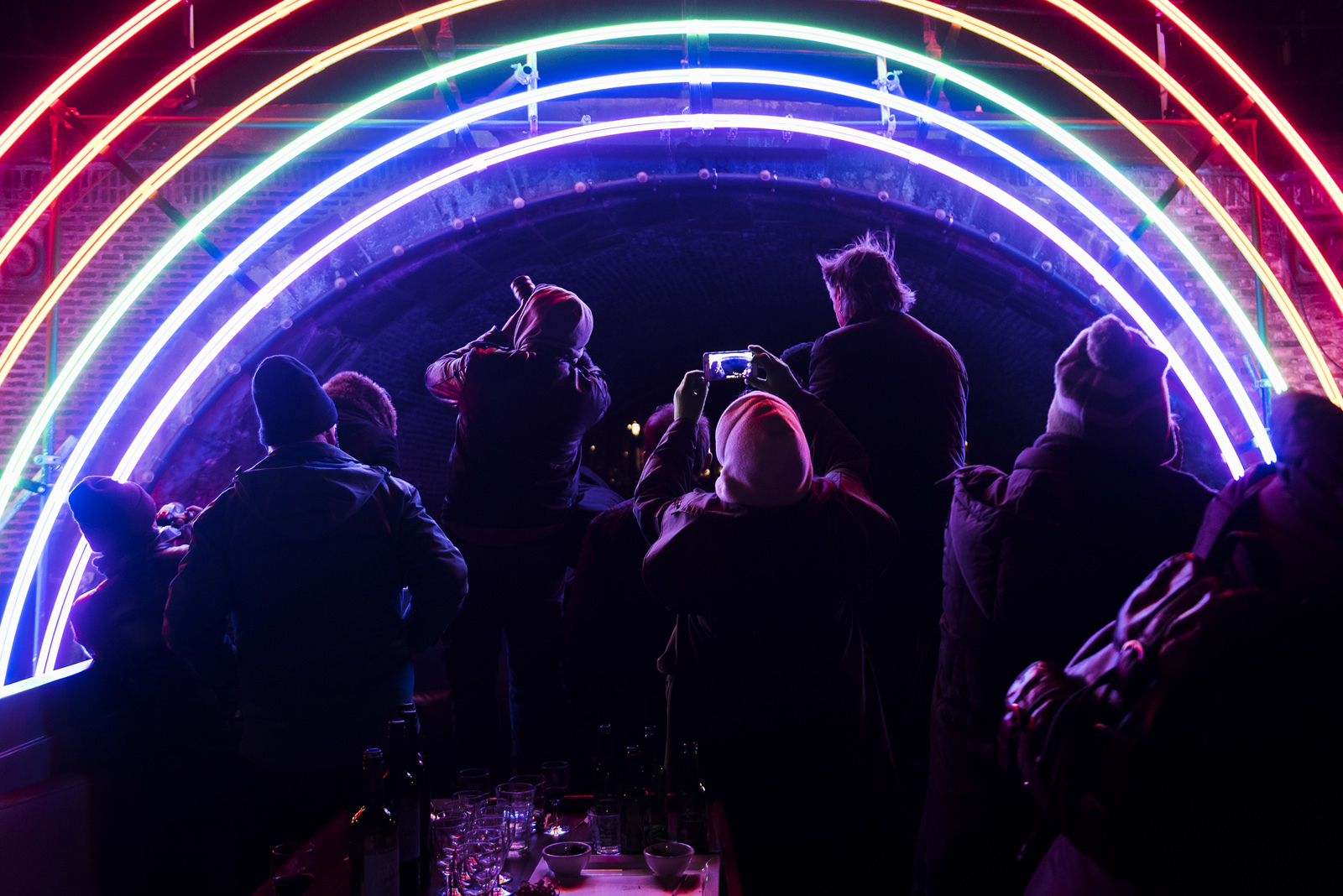 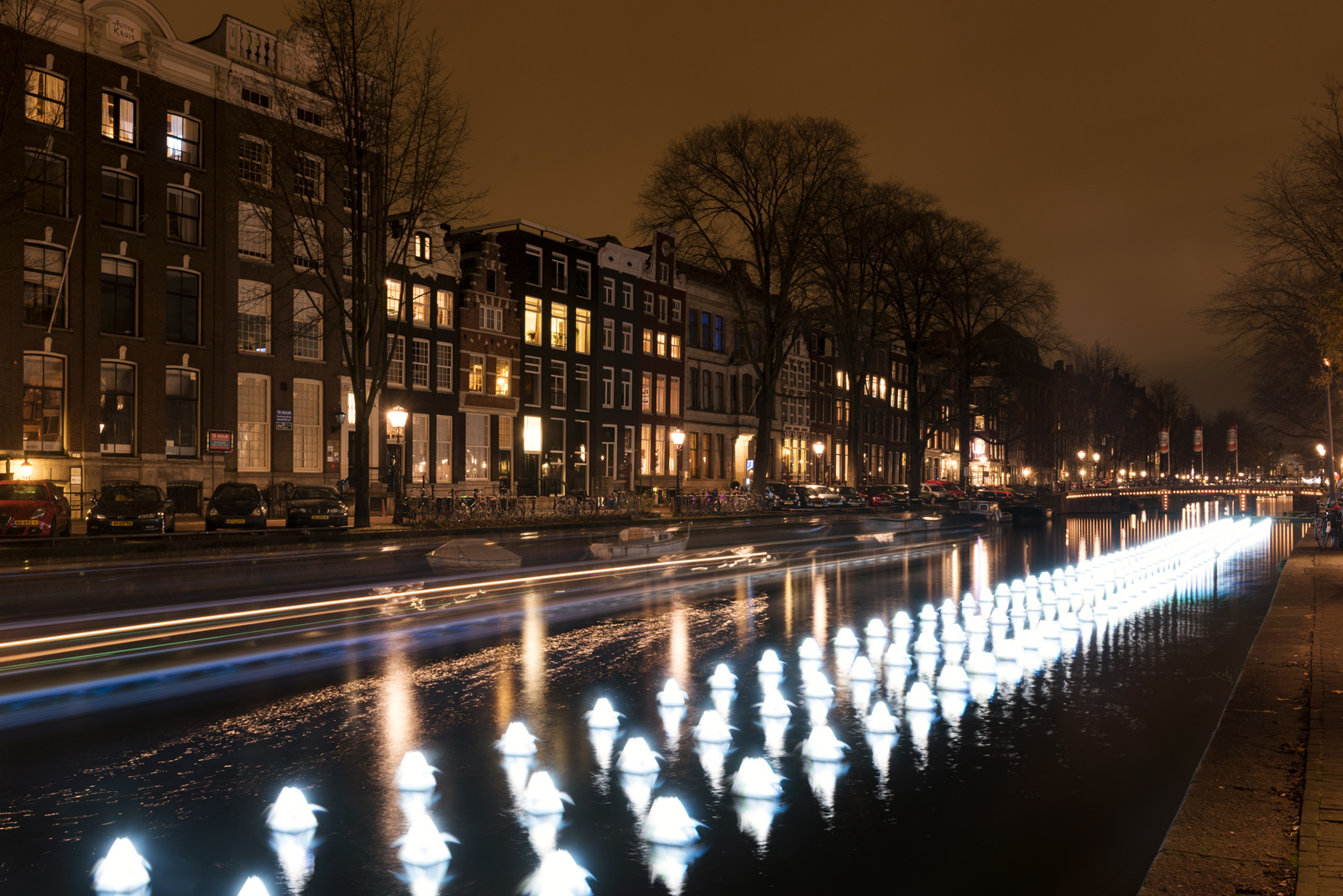 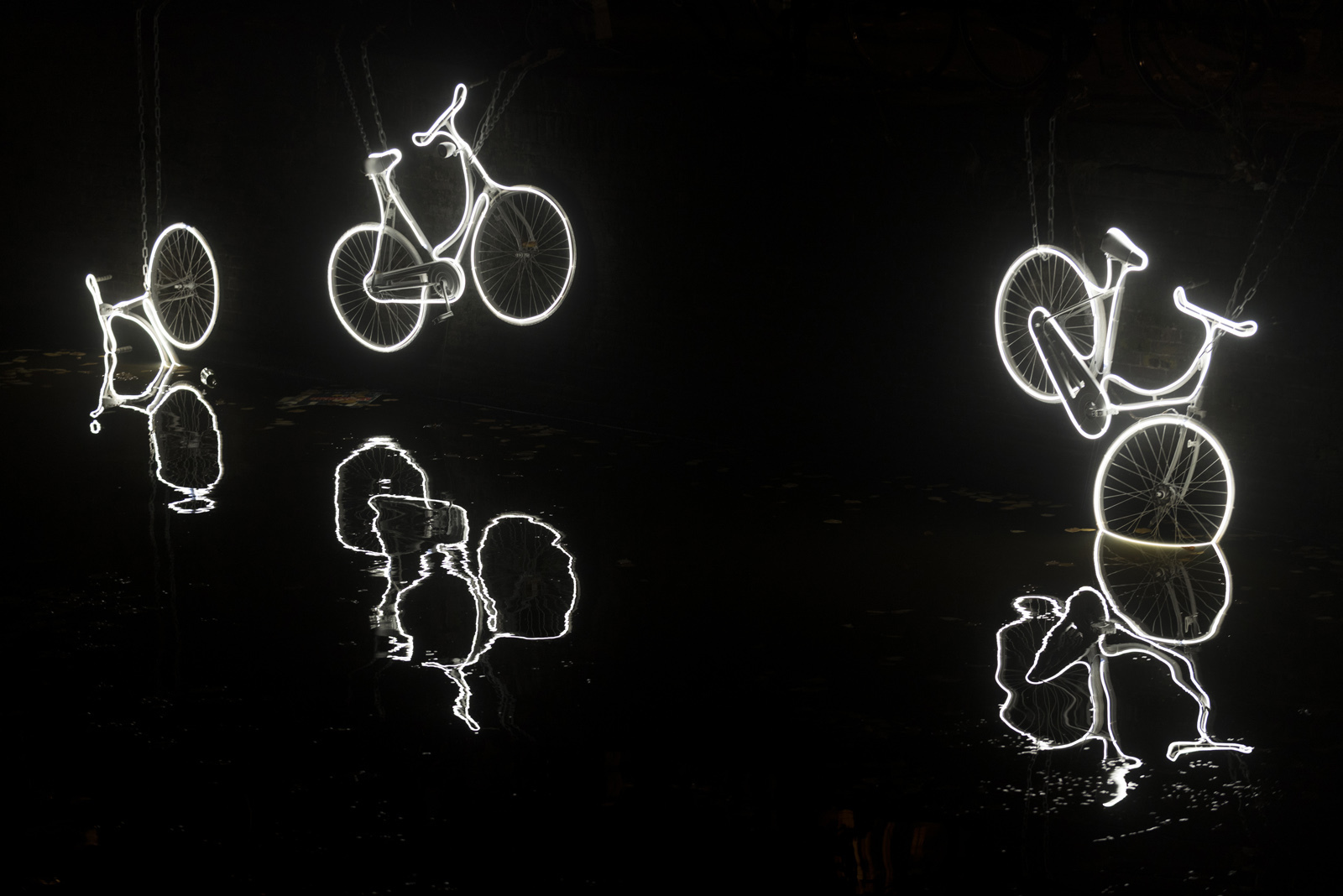 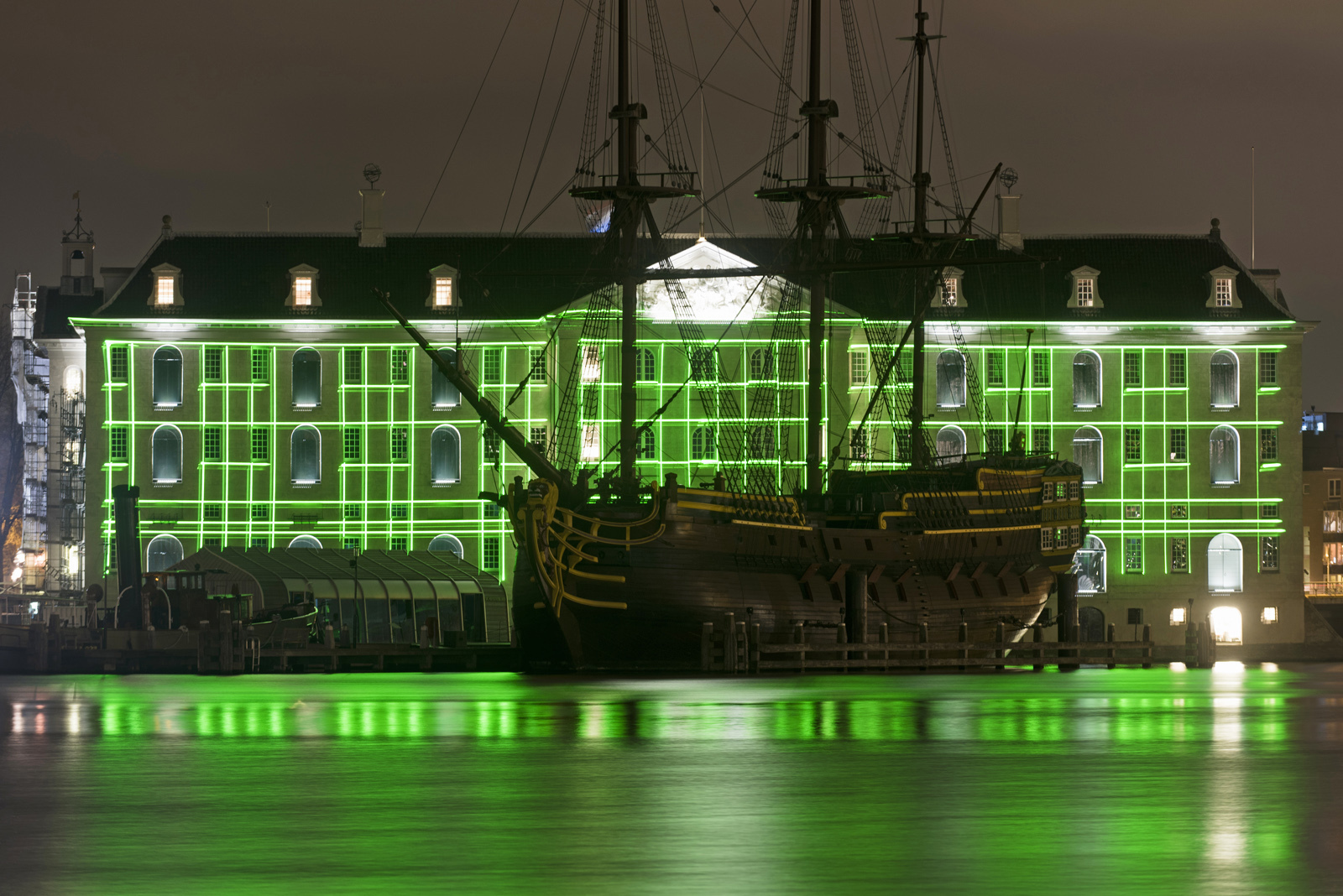 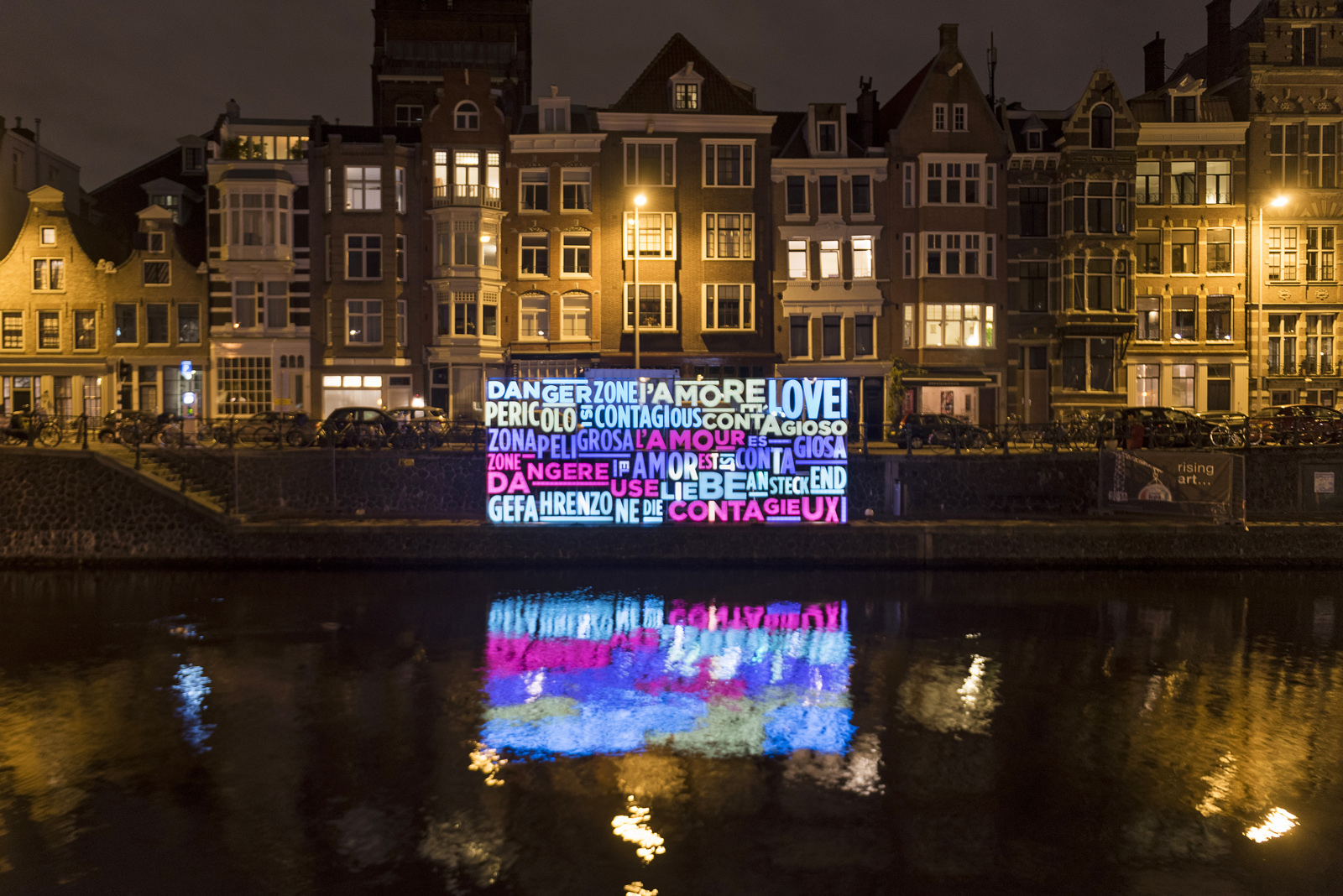 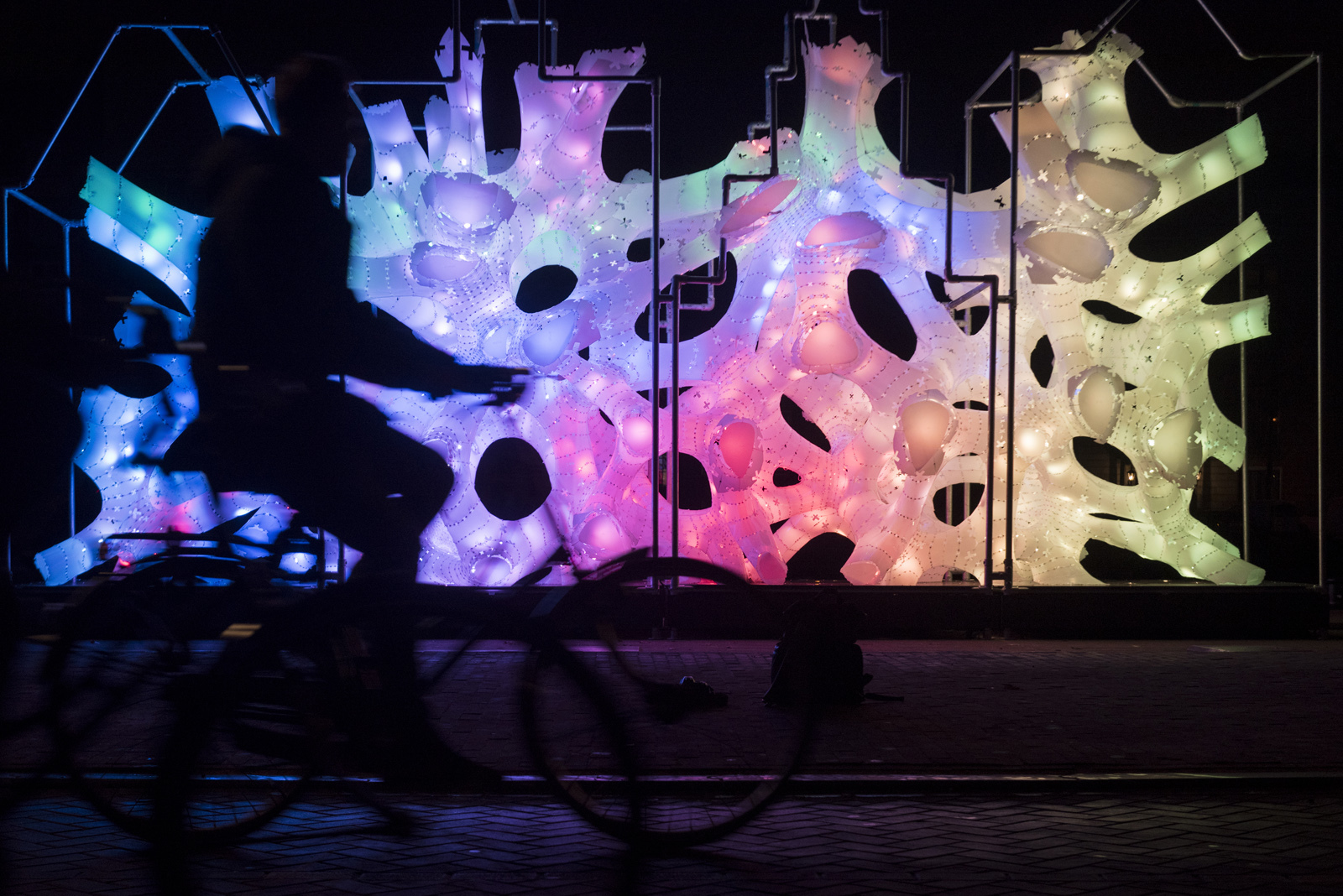 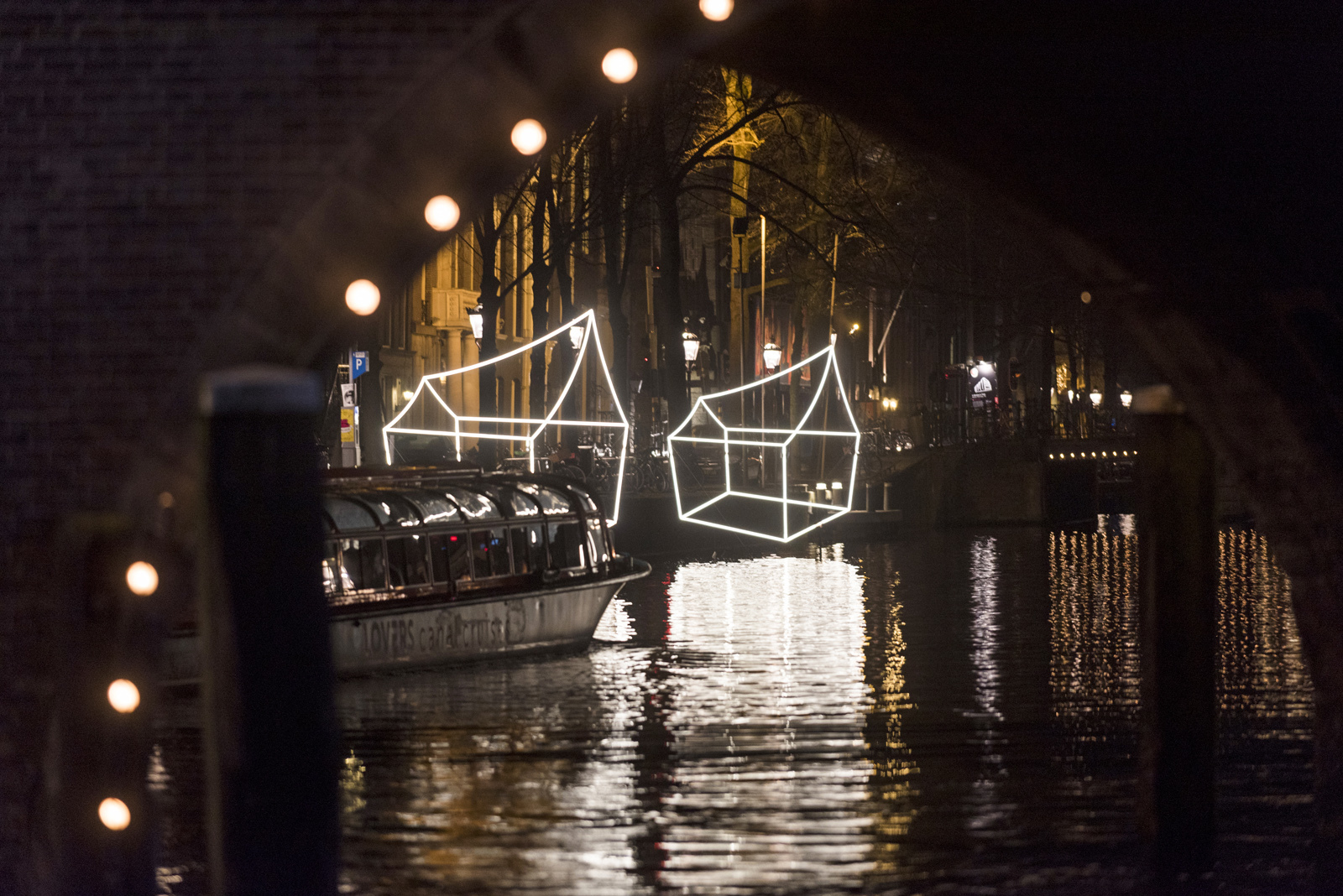 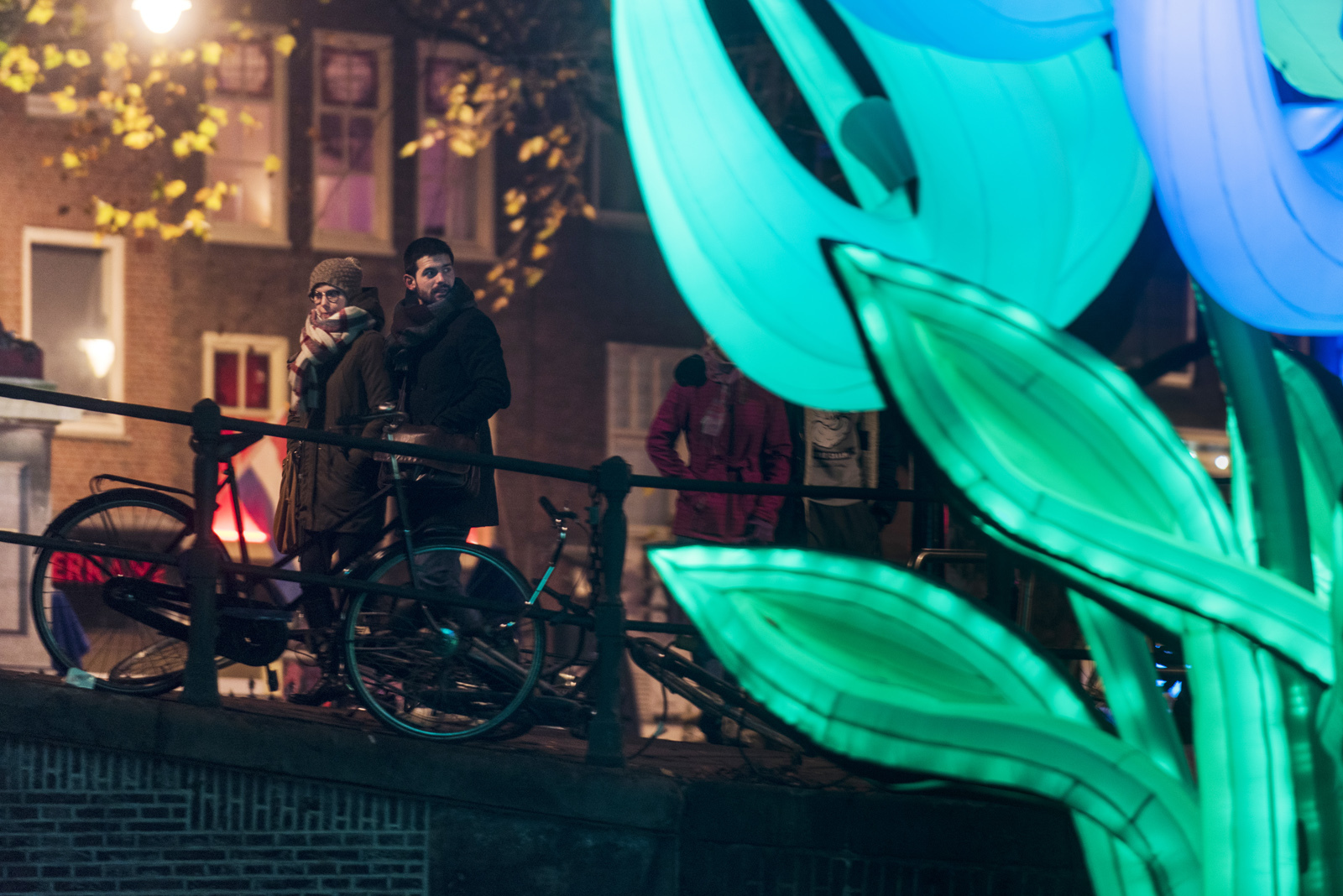 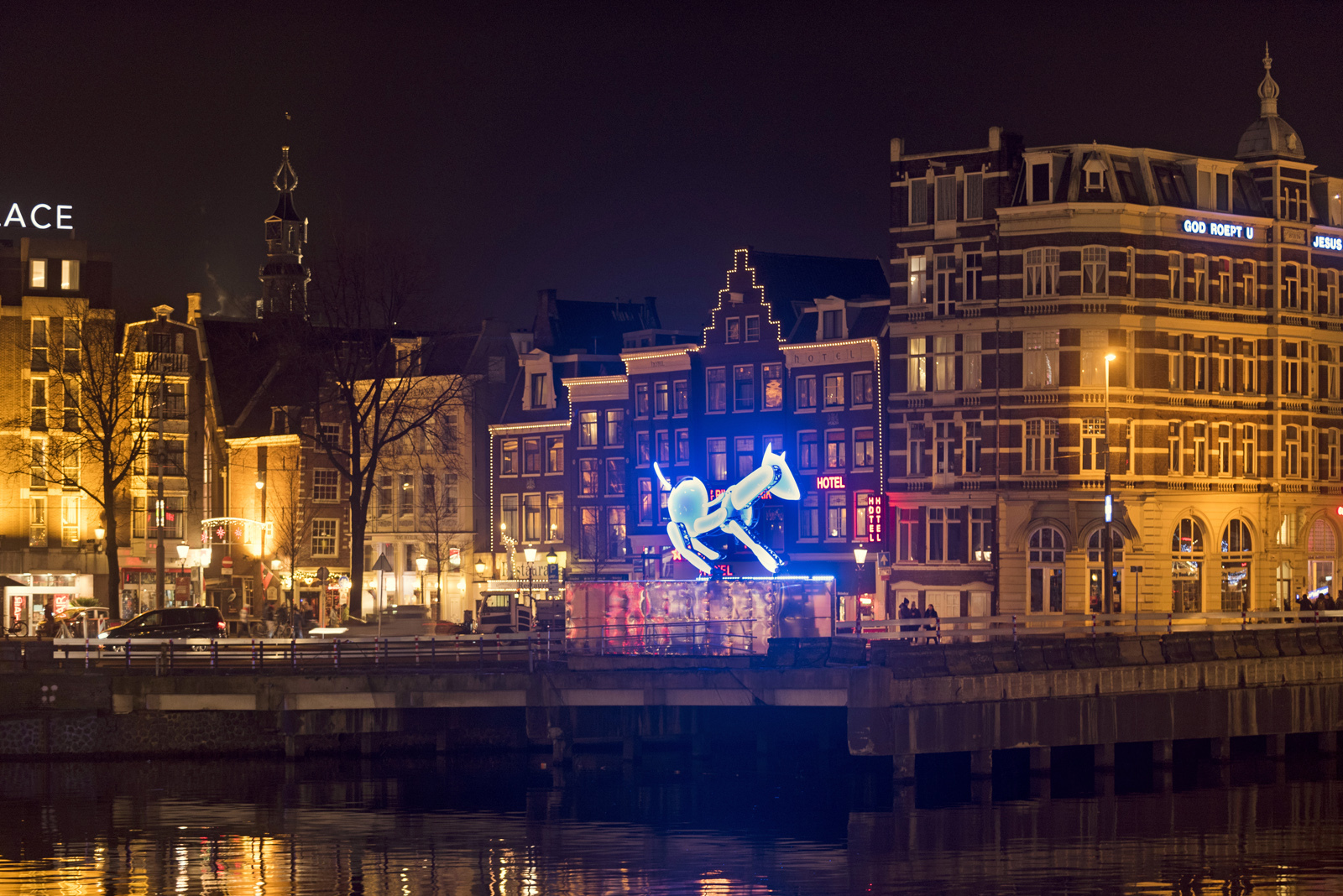 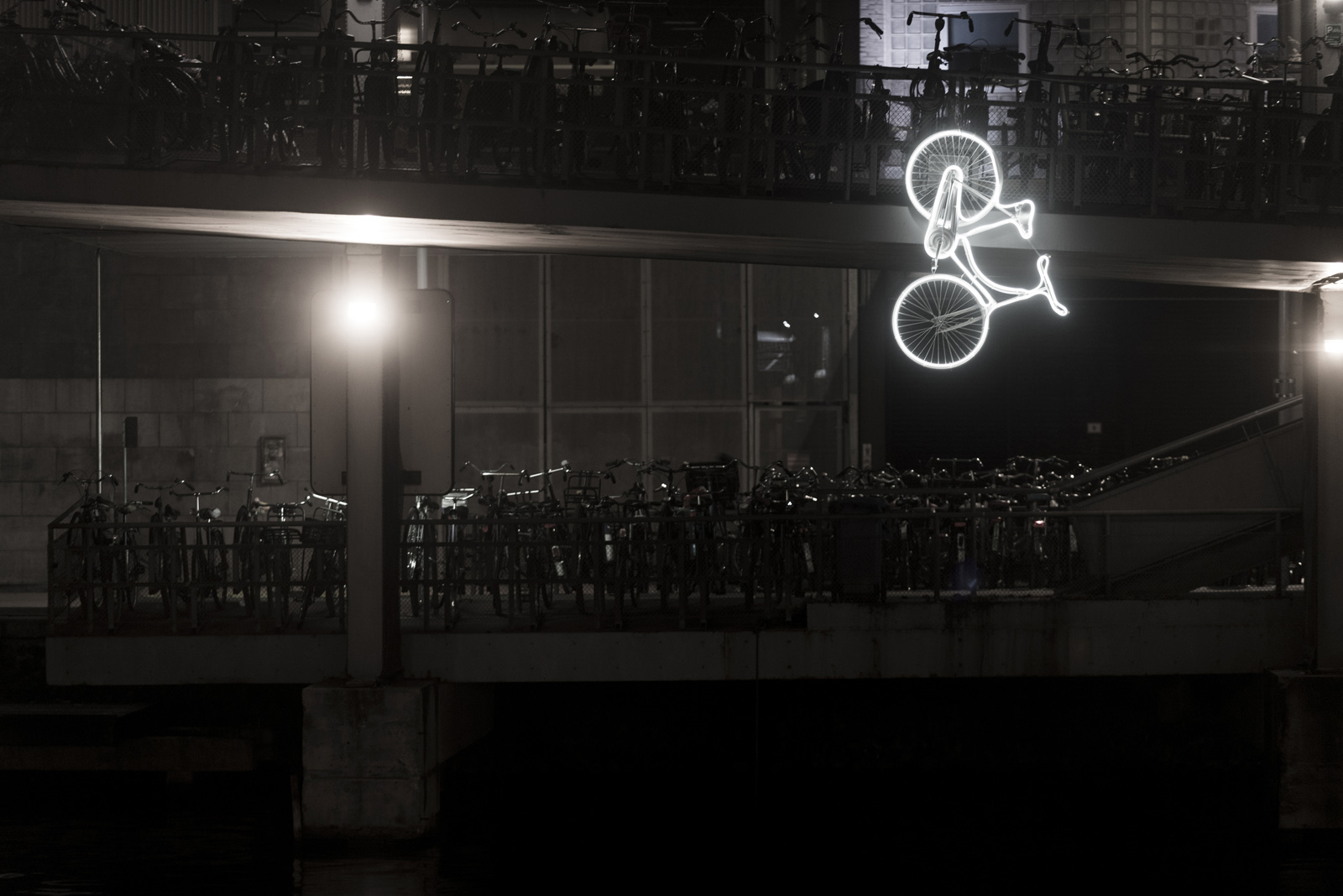 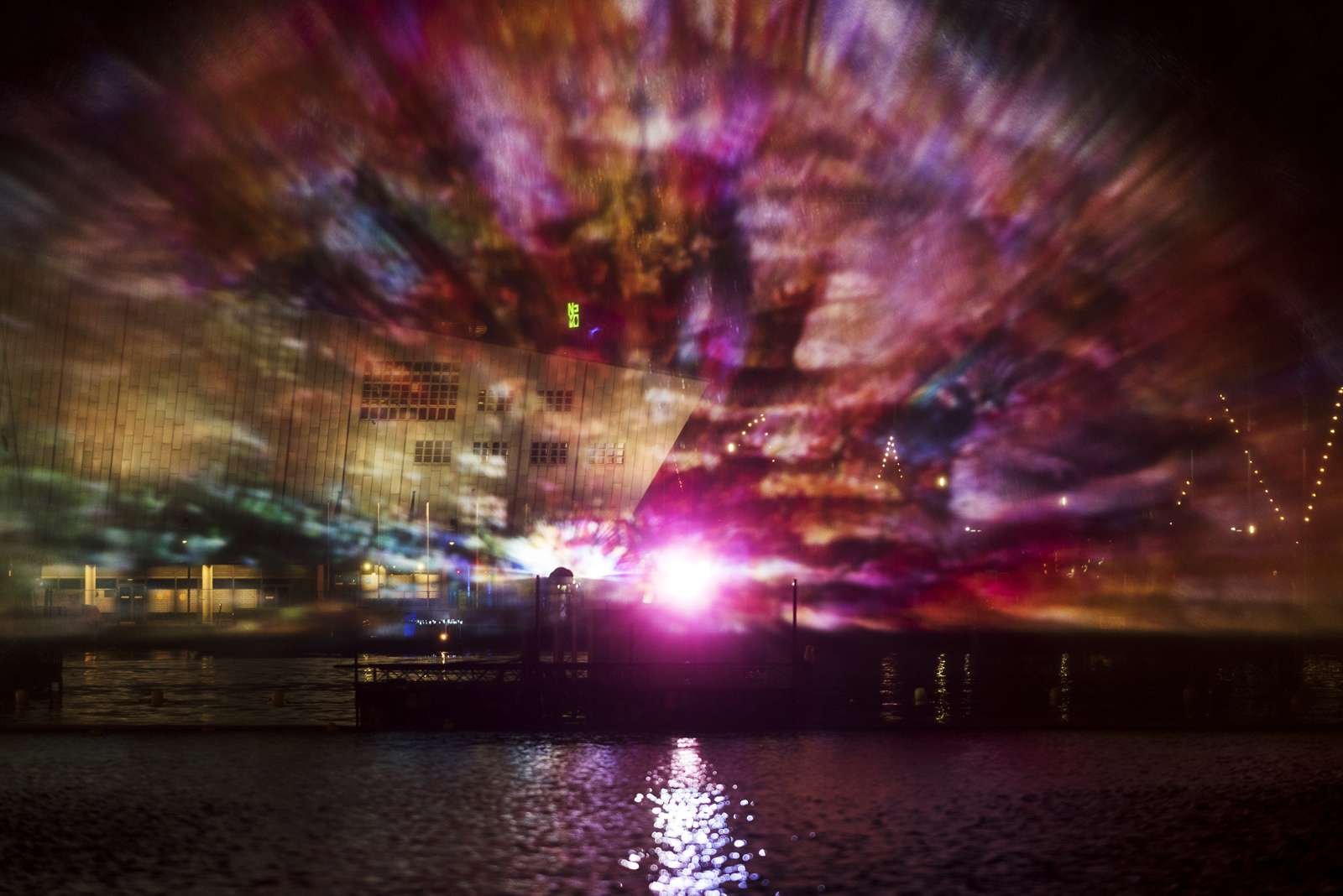 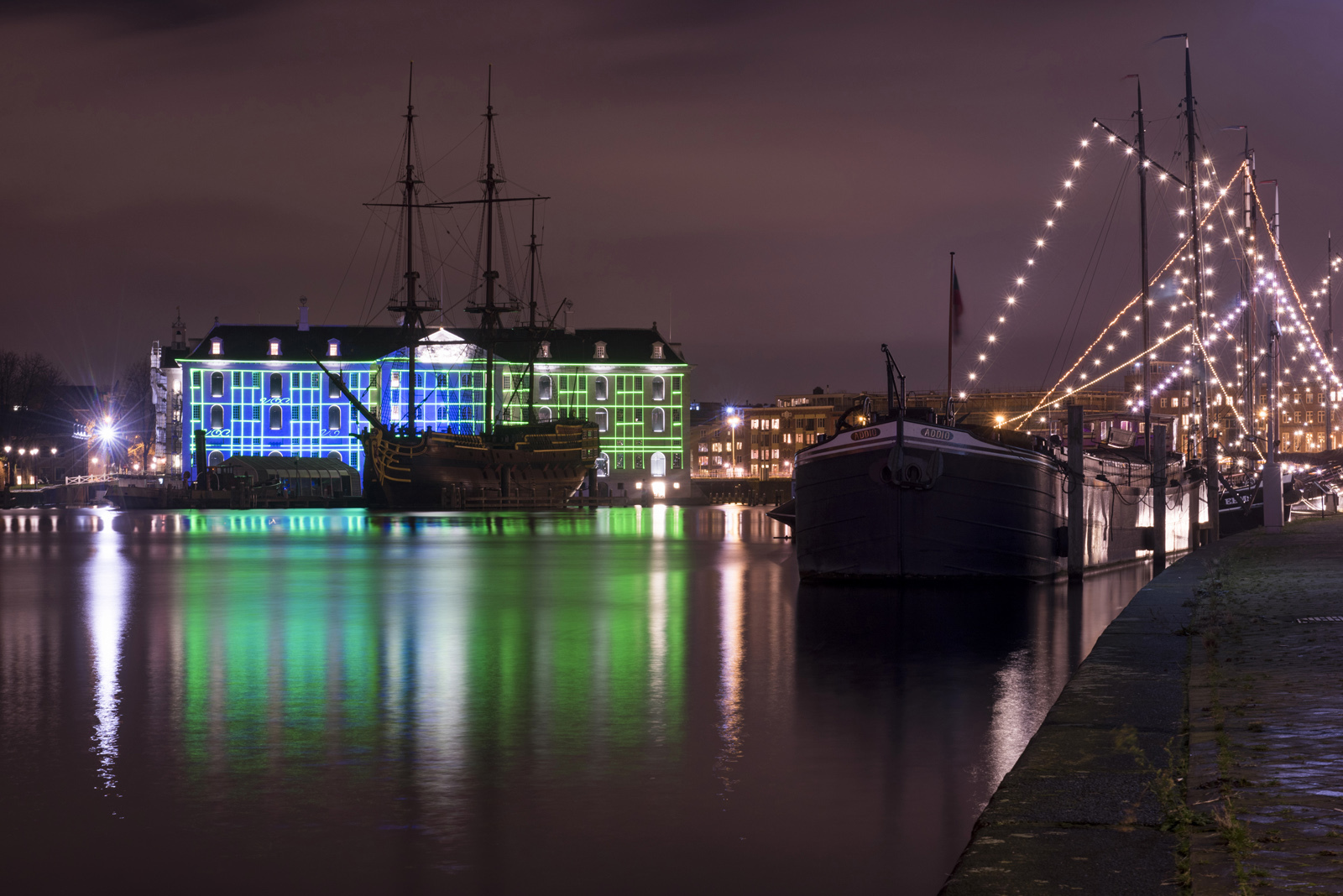 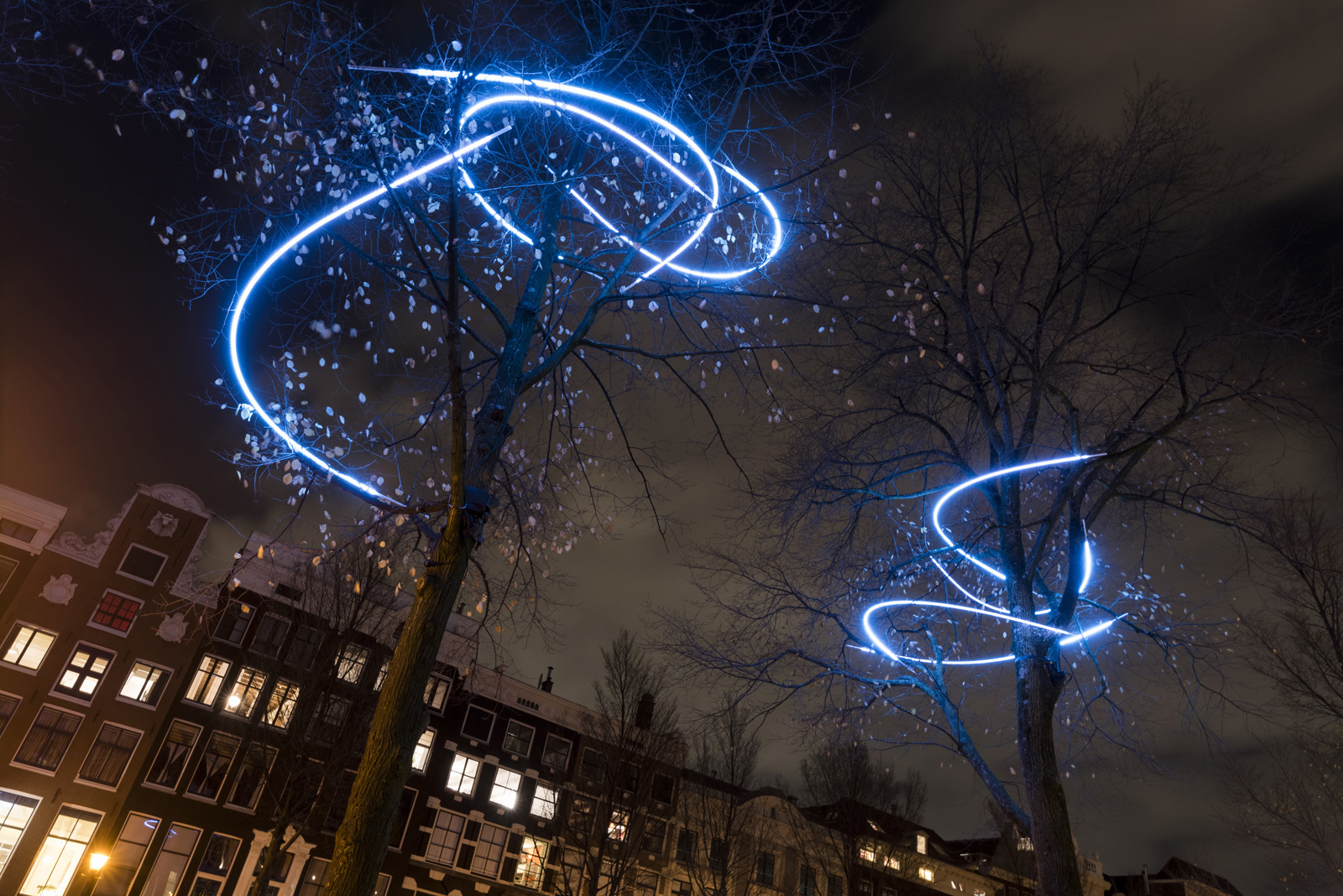 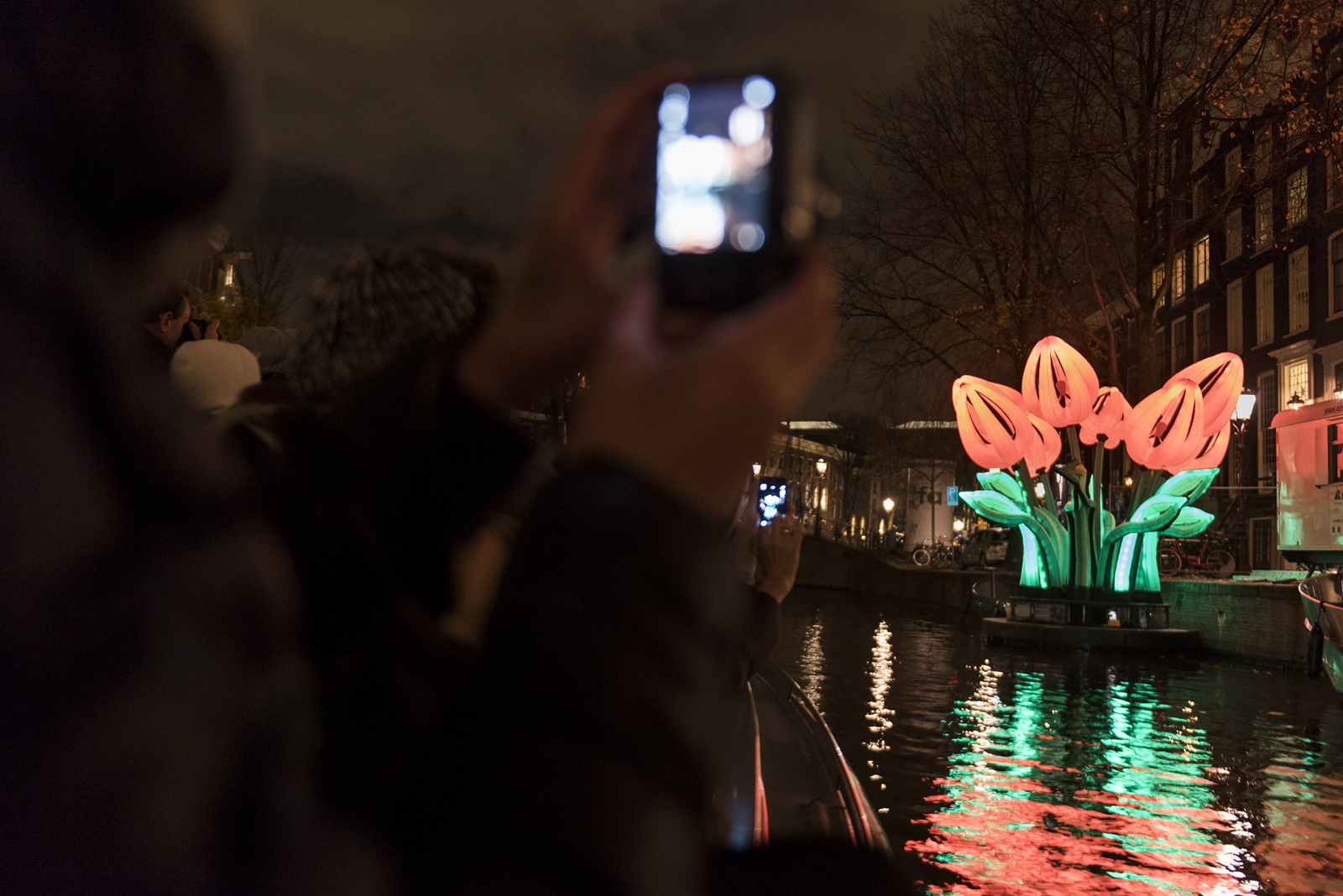 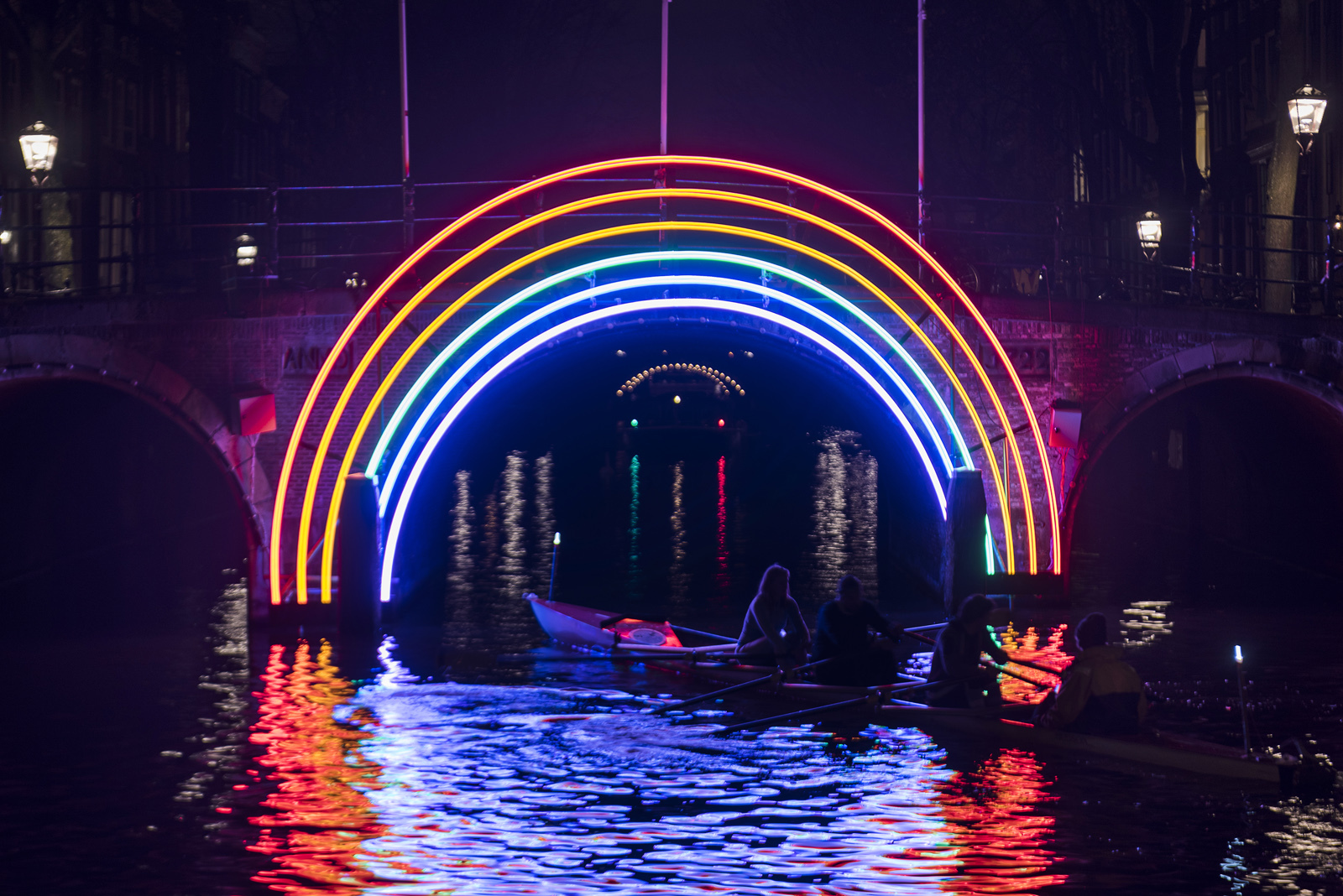 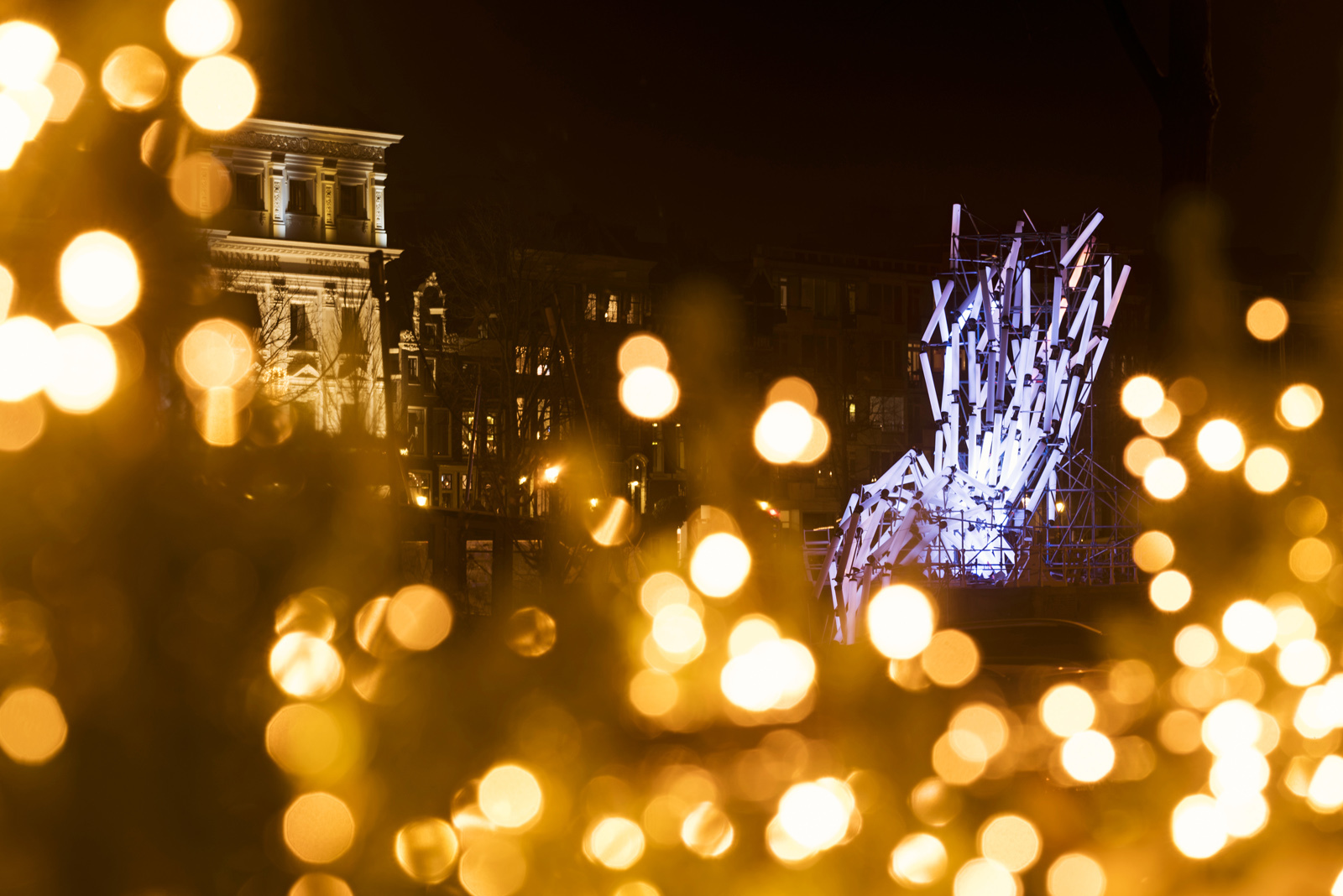 Thank you Aron & Richard for this colourful explosive visual diary of the Amsterdam Light Festival 2016.