Amsterdam – a rising star on the European coffee scene

Only one nation in the world averages more than two cups of coffee per person per day: the Netherlands. According to a survey published in 2014 , we consume more than the US, UK, Spain and France combined! Dutch coffee must be good then, right? Not if you asked the caffeine-seeking expats and self-proclaimed coffee snobs around… until recently, that is.

Previously known for quantity over quality, these days Amsterdam has well and truly arrived in the ‘third wave’ coffee era and we are now treated to some fantastic specialty coffee. The local scene now boasts an expanding list of excellent cafés and roasteries. Amsterdam's scene is relatively new when compared to strongholds of the specialty coffee movement like Australia, New Zealand, Scandinavia, Canada and the U.S. 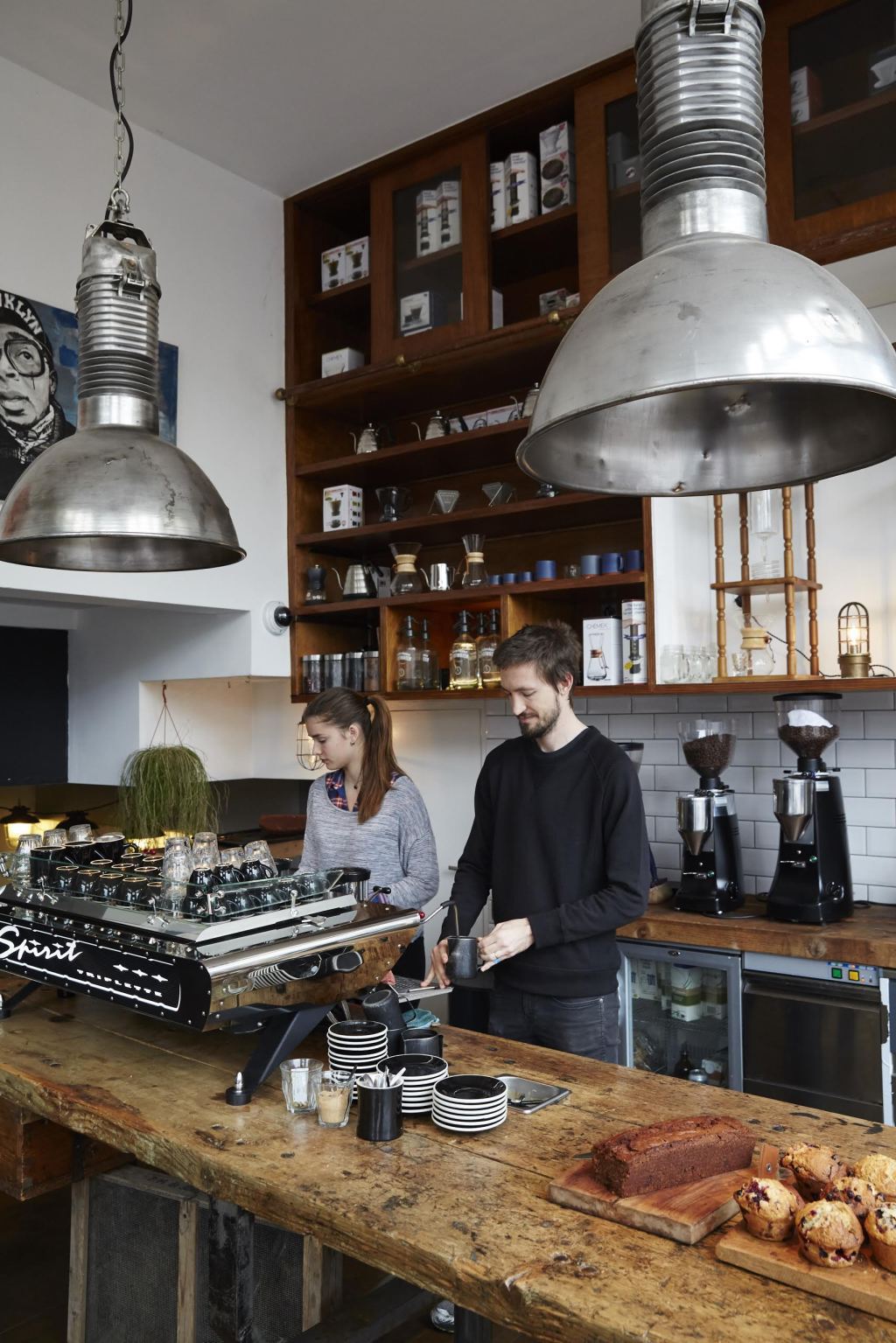 Lot Sixty One Roaster’s Adam Craig, however, finds Amsterdam “a whole different ball game” compared to where he used to run his coffee business: New York City. There, ”you’ve got office buildings everywhere. I think I had more people living above my shop than I have in this whole neighbourhood.” He points to the surroundings of his Kinkerstraat shop. “But I enjoy it a bit more here, I get to be closer to the product, the craft.” The amount of coffee he sells in Amsterdam is much lower than the hundred or more kilos he could sell in one Big Apple week. 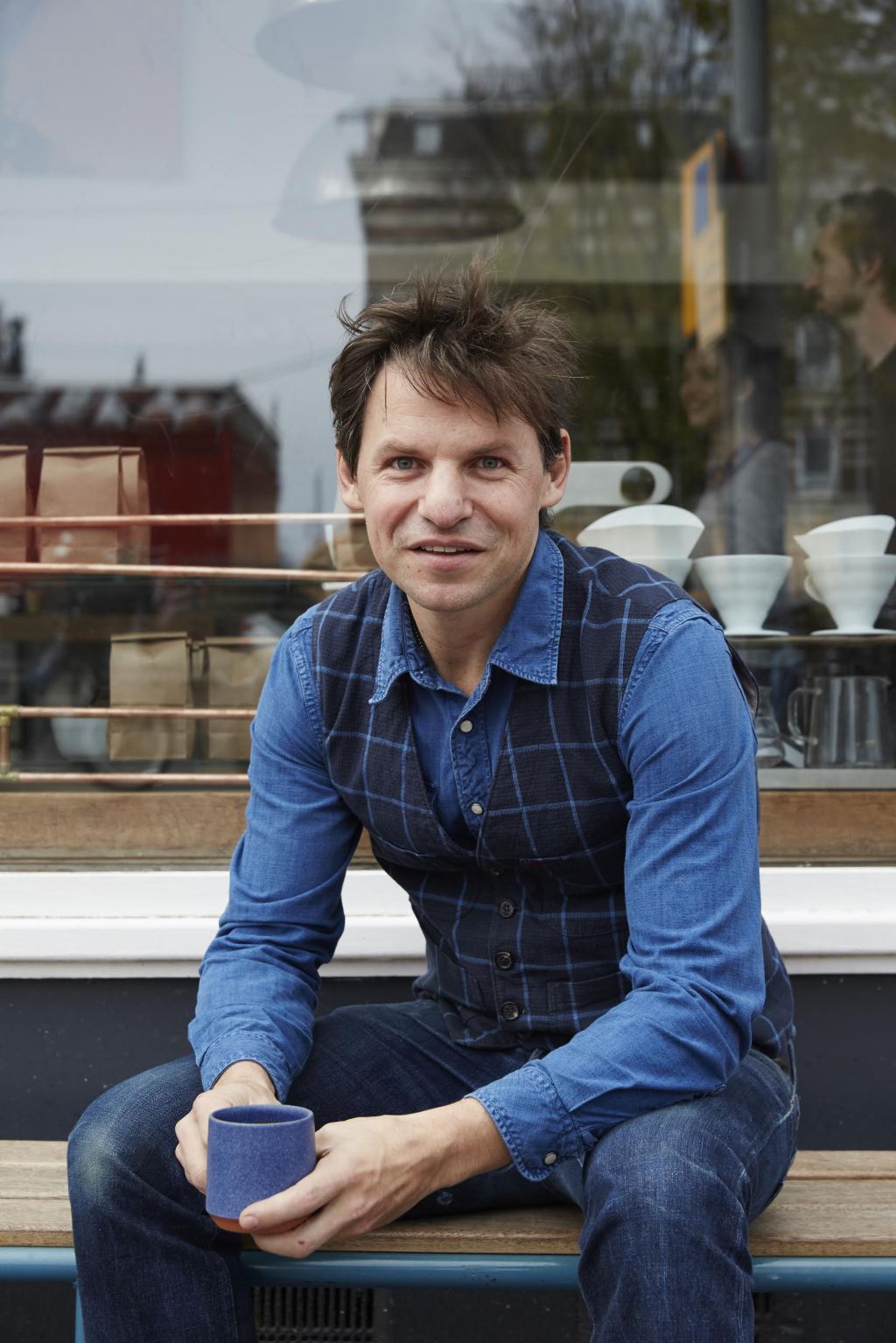 Local coffee entrepreneurs unanimously give props to larger establishments for kick-starting things as early as 1996, and for constantly diversifying to keep up with current trends. Nicolas Castagno, award-winning barista at Scandinavian Embassy, points out that “it’s often the ‘rebellious children’ of those big establishments who become the new kids on the block, exploding the scene with their small cafés, big ideas and passionate spirits”. 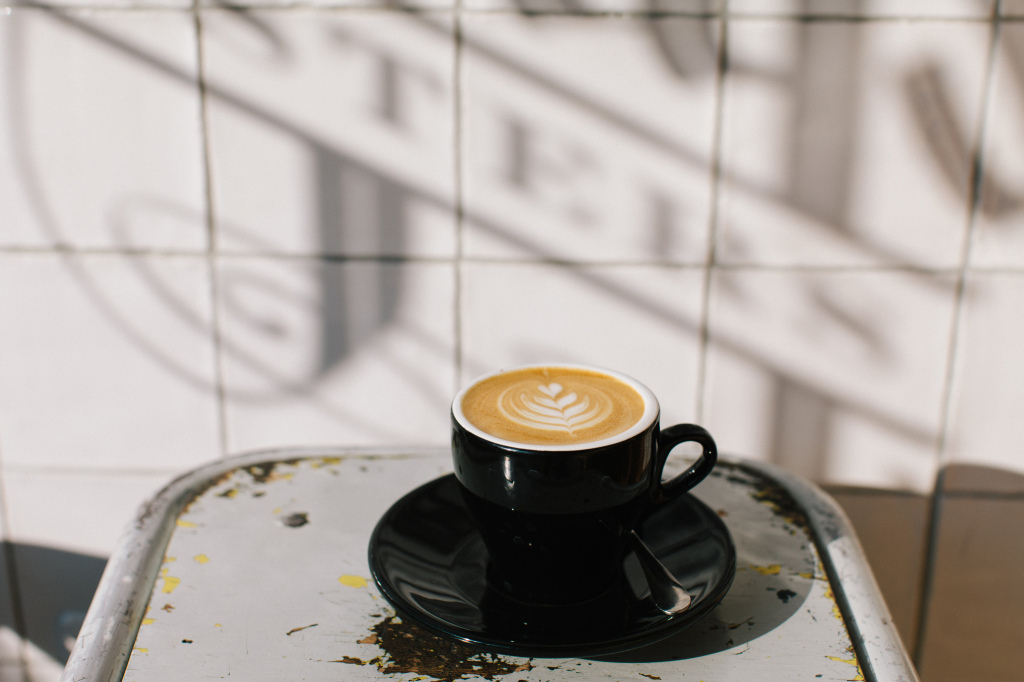 Two of those ‘rebels’ went on to form Headfirst Coffee Roasters – and aren’t we glad they did! Jonatan Scheeper and Lex Wenneker both started out at one of those early adapters. “Places like Espressofabriek and Screaming Beans started the specialty coffee scene here in Amsterdam. But in my opinion the Coffee Company was really important for the growth”, says Jonatan. 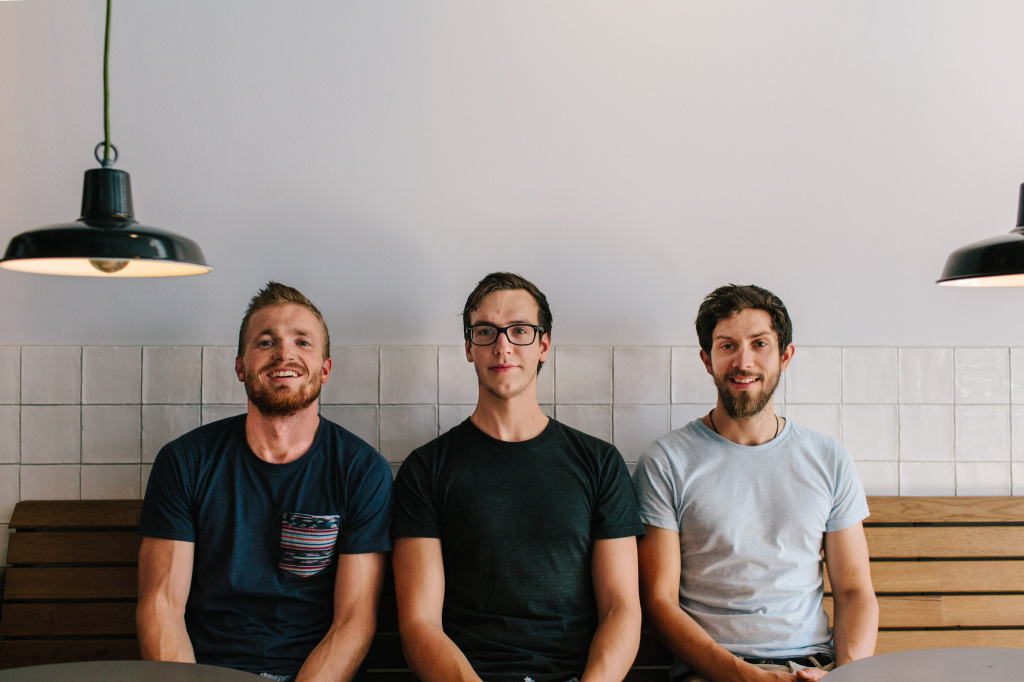 Lex, Jonatan and Dylan at Headfirst Coffee Roasters / image courtesy of on a hazy morning 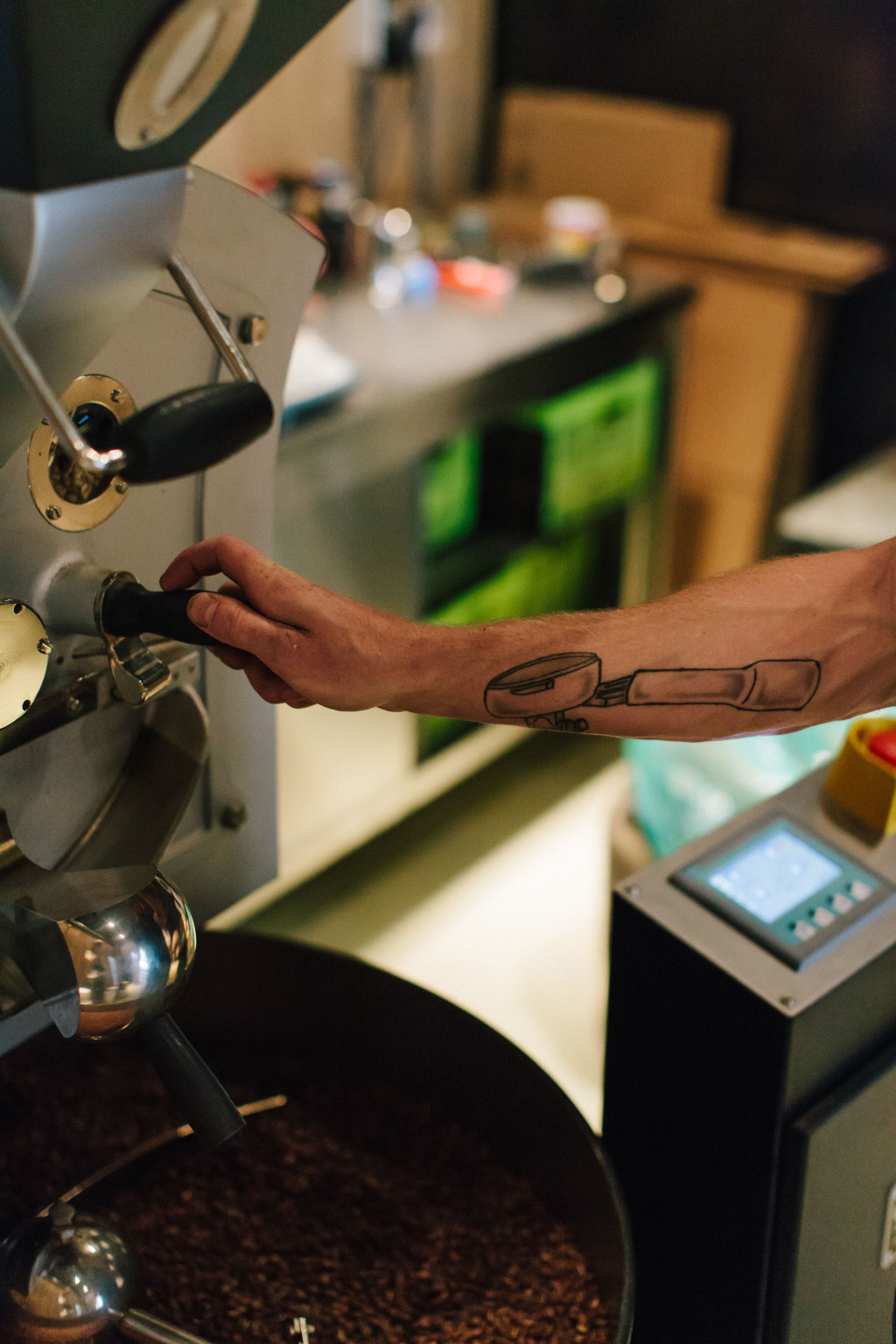 The opening of Coffee Company in 1996 was a turning point in Amsterdam’s coffee culture. At a time when no Starbucks (or similar) were to be found, there came a casual place for young people to meet for a coffee, people who were never before lured by the taste of java. Coffee became cool. Jasper Uhlenbusch remembers the time before he joined the Coffee Company bandwagon in 1998. “Basically, there was just the standard continental coffee. In contrast to the UK and the US, in Europe, including the Netherlands, there were already cafés where you could drink a cappuccino or an espresso.” So the new Dutch coffee bar had to up the game. 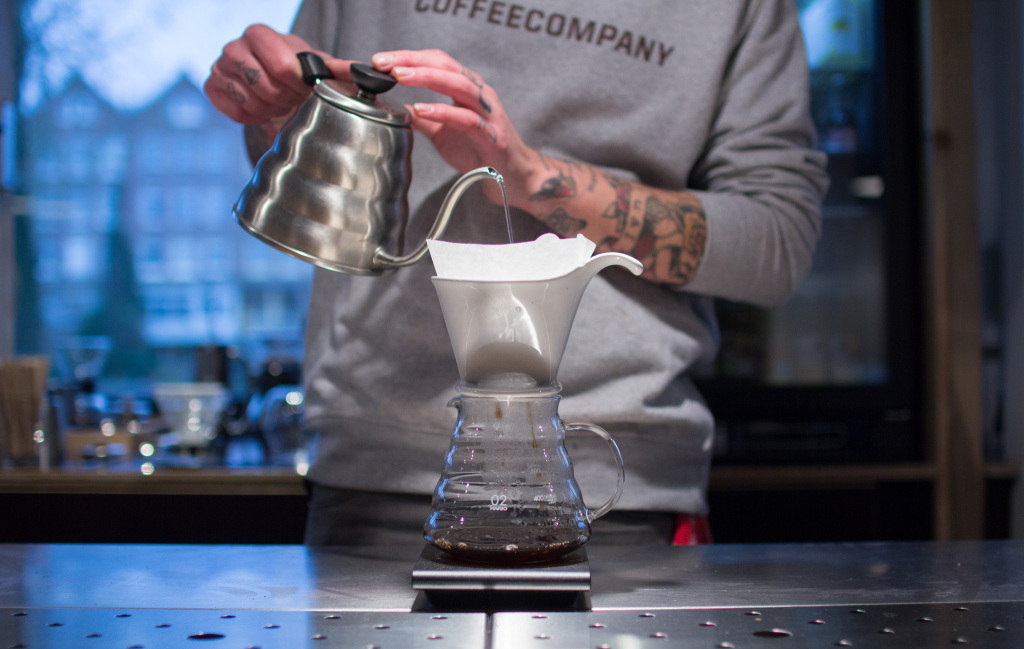 Brewing at the Coffee Company

Then consumers had to adapt to a cuppa with flavours beyond the familiar strong, dark and bitter. “The locals are getting it more and more,” says Jonatan, “but it is going to take time to recover from a long history of shitty coffee.” As Amsterdammers become more discerning about food and drinks in general the demand for good quality coffee also increases. This new wave of entrepreneurial café owners, baristas and roasters serving a new breed of coffee-loving customers is catering to just that.

At Scandinavian Embassy, barista Nicolas and chef Rikard Andersson take it one step further, elevating the food offering of a small café beyond the usual smattering of cakes and croissants, with Scandinavian style coffee to complete the experience. Renowned coffee blog Sprudge were so excited by what these guys served up on a recent visit that they boldly posed the question, “Is This Coffee’s First Michelin Star?” in an article which sent coffee scenesters reeling. 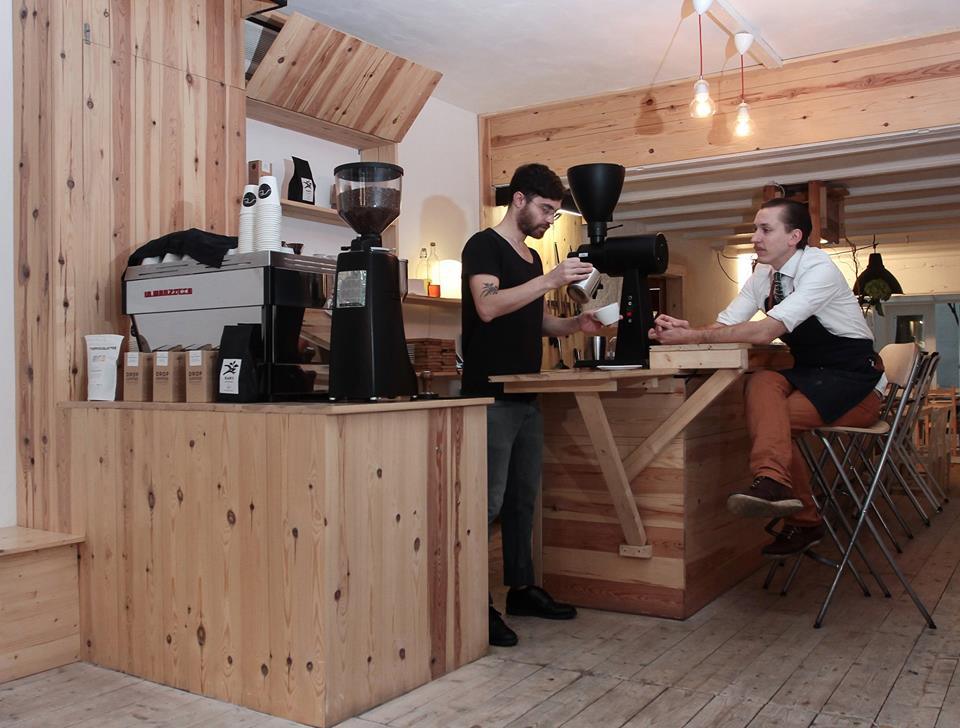 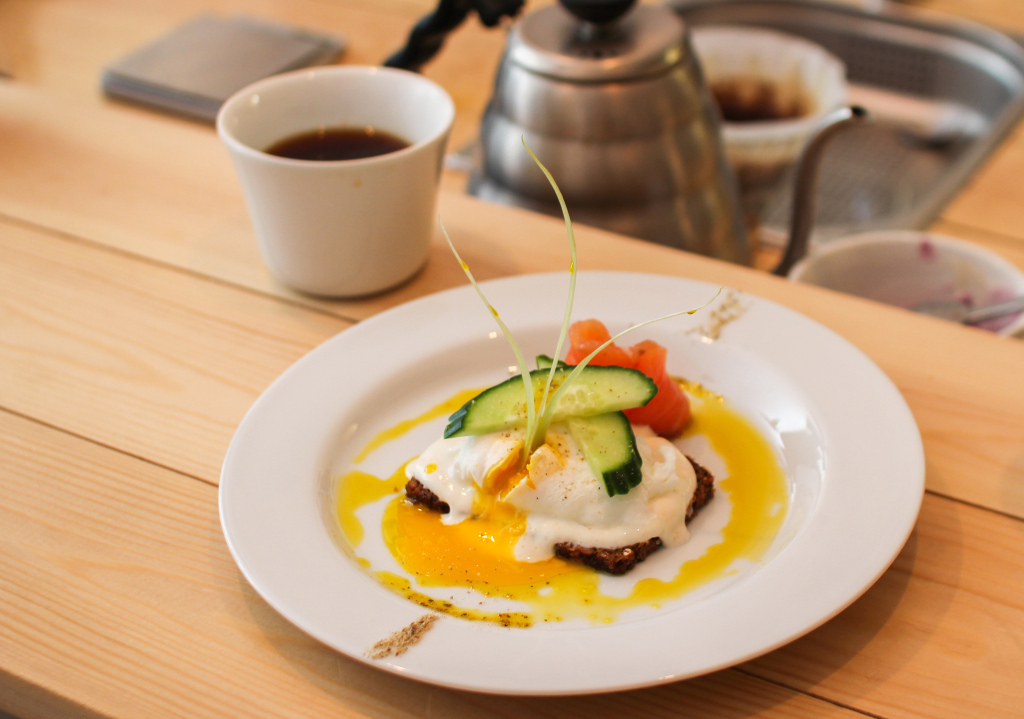 Taking it to the next level at Scandinavian Embassy / image courtesy of Alex Bernson, sprudge.com

Is this a glimpse of what to expect in the coming years? Jonatan from Headfirst: “I think that we are moving towards a scene like you would find in Portland or San Franscisco, where every neighbourhood has a couple of micro-roasteries. There will be even more appreciation for good coffee and people will understand that coffee is not just coffee. Also the coffee they drink at home will be better; higher quality beans, better quality roast, freshly ground and brewed to perfection”. 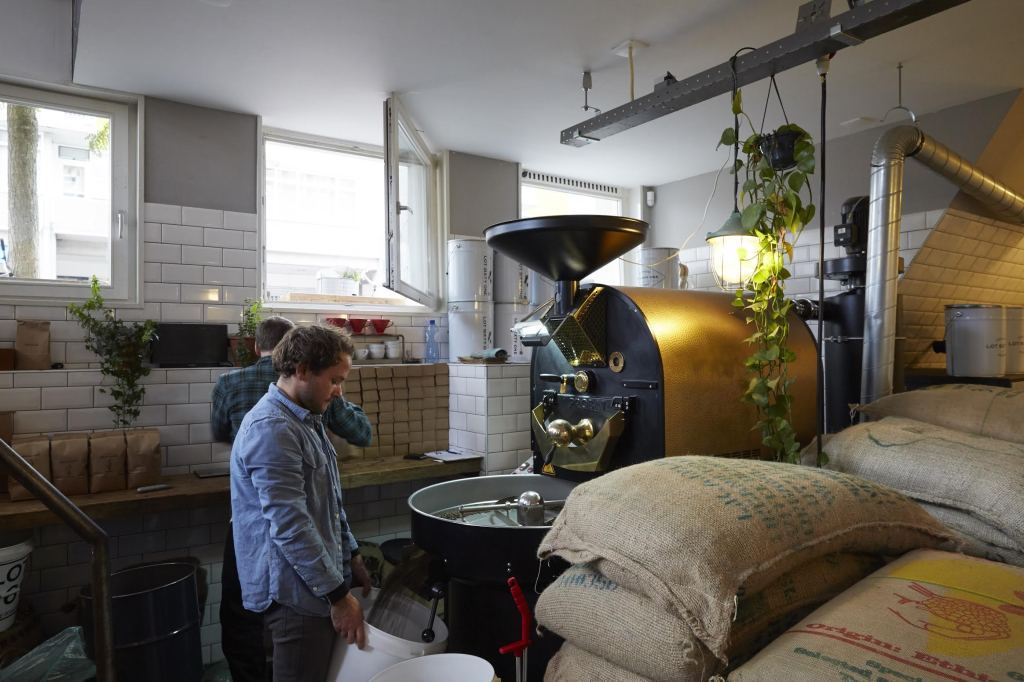 Alex Kitain, the coffee connoisseur responsible for go-to resource The Coffeevine, has the final word: "In the last 3 years, Amsterdam went from being the insider's underdog with only a handful of specialty coffee places to a prominent star on the European coffee scene.  It's quite remarkable actually considering the city's relatively small size, but the Dutch capital continues to impress with a growing number of high quality artisanal coffee roasters and specialty coffee entrepreneurs who are combining coffee with other products like fashion, music and excellent food. I expect to see more of these concept stores in the near future." 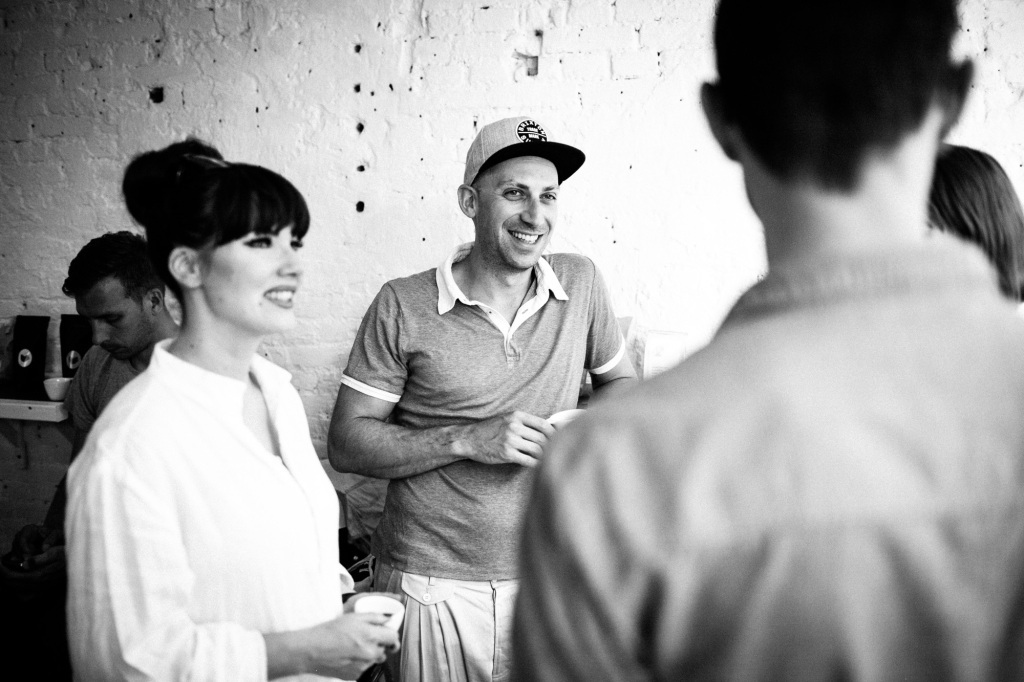 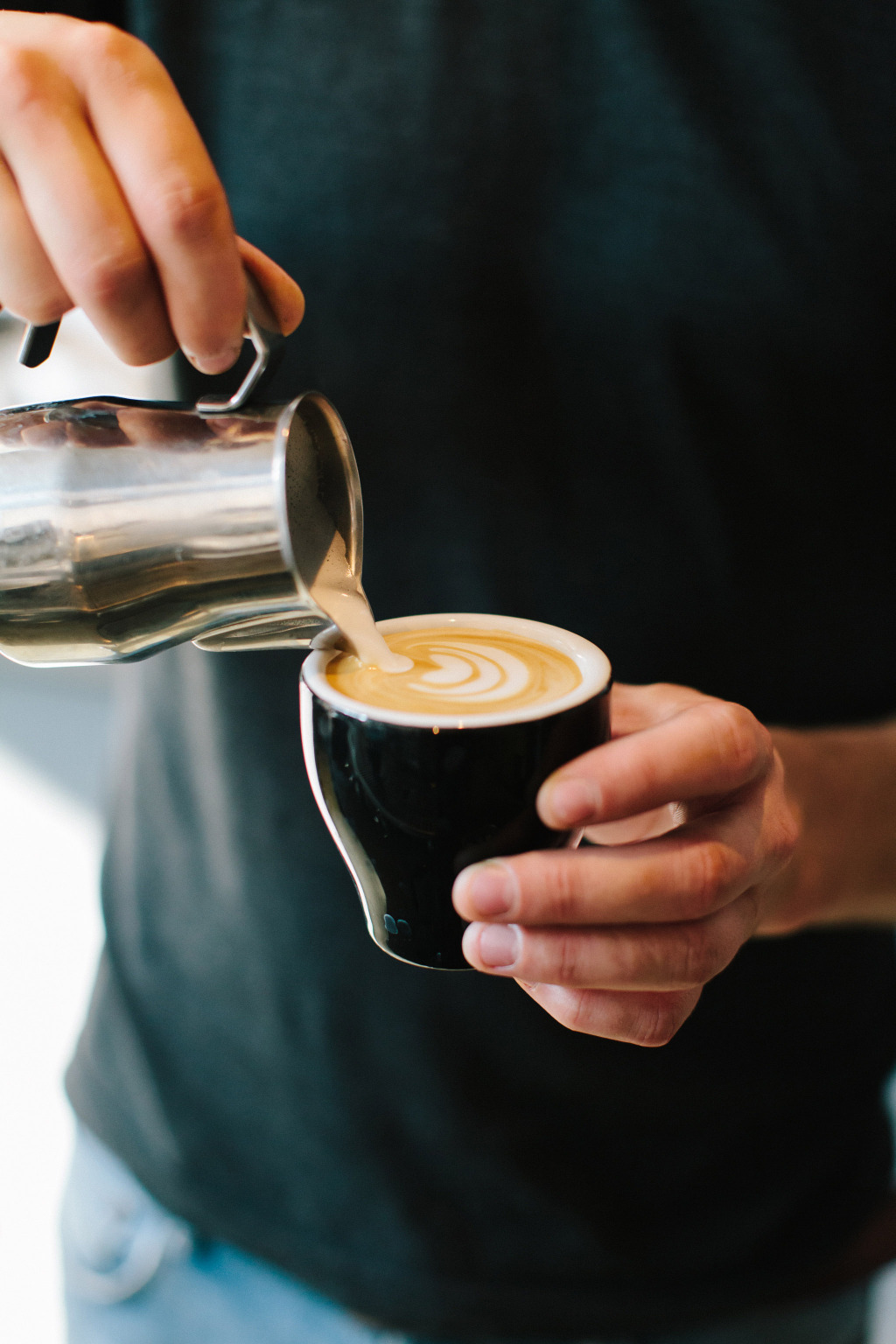 So it seems that the future of coffee in Amsterdam is bright (and complex with a pleasant aftertaste). Thanks to Jonatan Scheeper, Nicolas Castagno, Adam Craig, Jasper Uhlenbusch, and Alex Kitain for sharing a brew with us.