An English man with a Spanish heart, after many years of living in different cities around the world, Amsterdam is where he currently can be found, with his camera not too far from his side looking for the next moment to catch his eye. Welcome to the network, Richard!

I never expected to be here this long” this phrase seems to roll off most peoples lips when questioned about Amsterdam and I suppose for me its the same. It was never on my radar to come and live in the Dutch capital, it just kind of happened. I was living in Madrid, a city I thought that I would never leave but then the crisis came and Spain was hit hard, suddenly the writing was on the wall and I was facing the prospect of the unimaginable return to London… but then I knew a design agency that I would love work for that was based in the “the Dam” and had a thought. Having only been to the city a couple of times before I moved I had been, like most, drawn like a moth to a flame to the parts in which a tourist associates the city… that along with the fact almost everything looking almost identical to fresh eyes the city had not made such a strong impact on me. It had been mentally filed for debauched weekends of dodging moving objects coming at me… albeit in beautiful surroundings. I was so very wrong.

Being a photographer, nothing excites me more than a new world to discover and document, having a camera at your side gives you the passport to enter in other peoples worlds, to approach strangers, enter peoples houses because you have a purpose to your curiosity over being just plain nosey. So that is how I began to get to know Amsterdam, walking the streets with my camera trying to capture what I found to be interesting and there was so much of it in abundance. Once free of the beaten tracks, Amsterdam becomes a city of layers which as you peel back seem to reveal just another one just as intriguing. The brown cafes, the backstreet boutiques, the diversity of the neighbourhoods, the galleries, the music halls and museums… all of the this wrapped in a city of less than 800 thousand people, it seems too good to be true.

That was three and half years ago and now I now am a property owner in this village/city that I now call home with no sight of moving on. I have met some amazing people along the way, so my curiosity is just as strong as it has ever been as I try to capture how I interpret the city, a vision that every time I think I have understood it, there is another twist that makes me reevaluate. This is all small collection of images and stories that I have gathered over my time here. There are moments spontaneous to the more defined but all of them have had an instinct to capture.I hope that they give you more of an insight into the personality of the city which of course in made up by the many faces and personalities of the people that inhabit it. 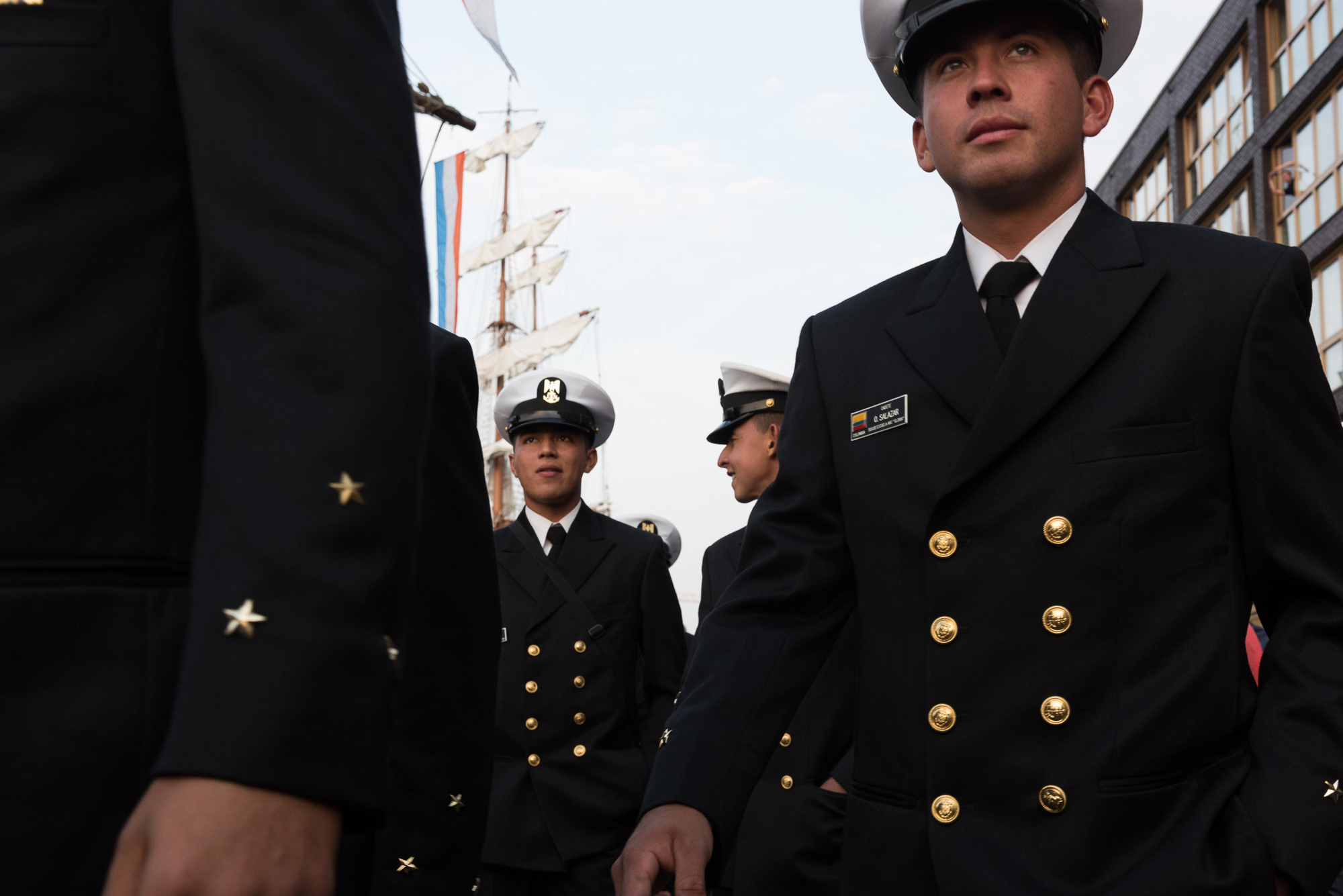 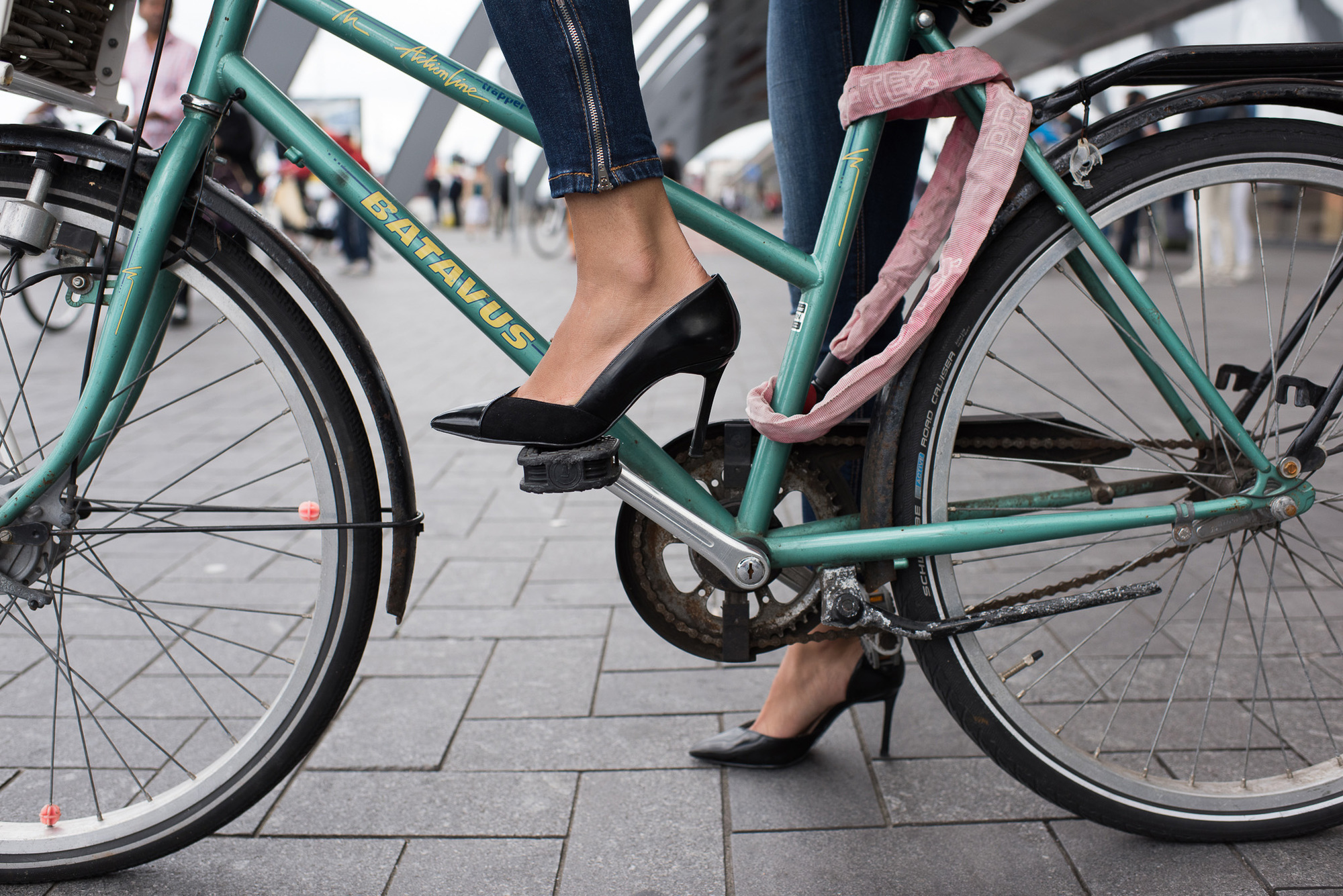 Heels on Wheels - Amsterdam women rock! Brash, Bold and Beautiful. It won't take too long in the city to spy a couple of kids being transported on a bike by a mother with shopping. In the city where the bike is king though, not even fashion takes a back seat when it comes to moving around the city. 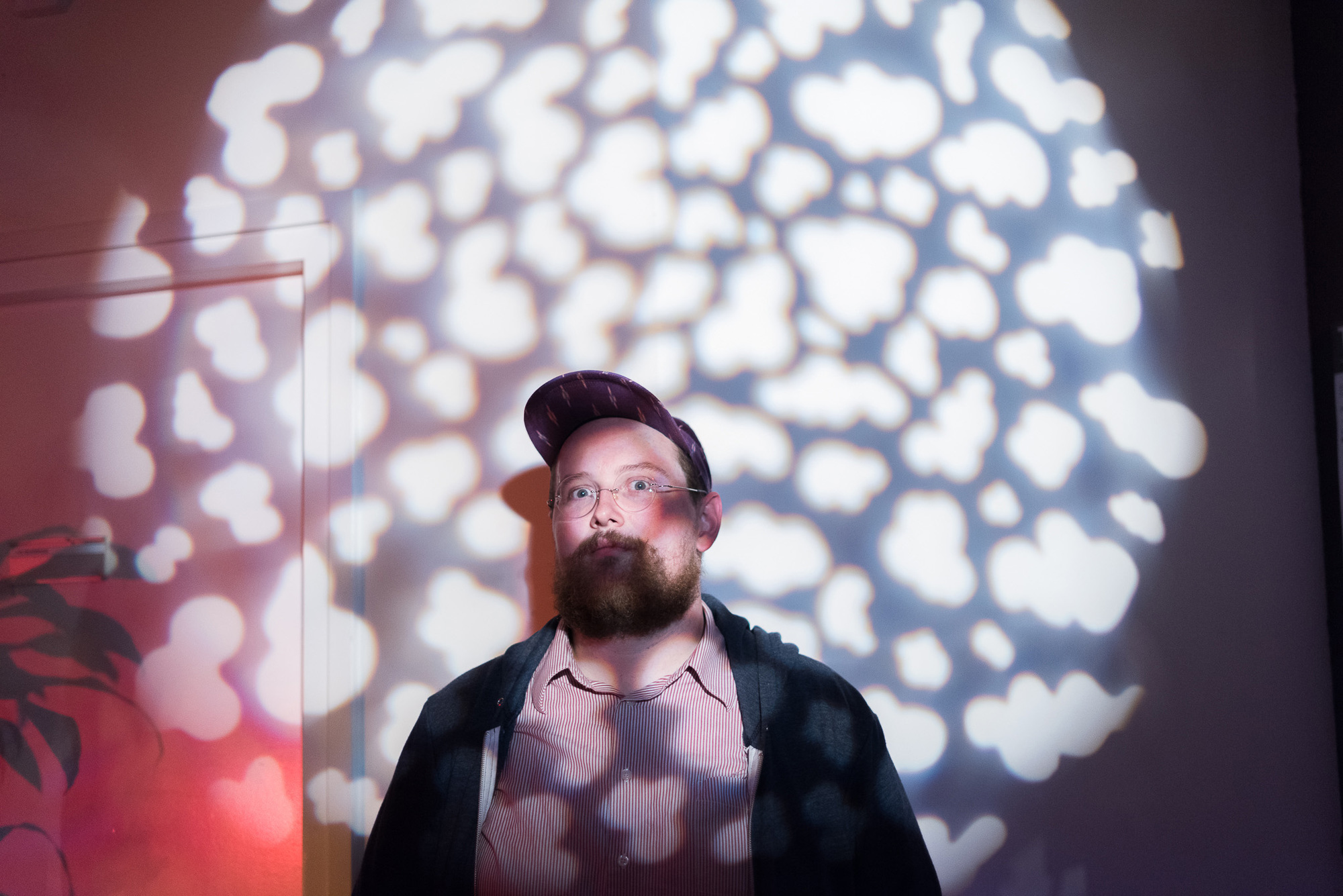 Dan Deacon - Super unique experience with mass initiated dance os at Paridiso Noorth directed from behind his synth. After the show we got to meet, with him posing for this shot for me. 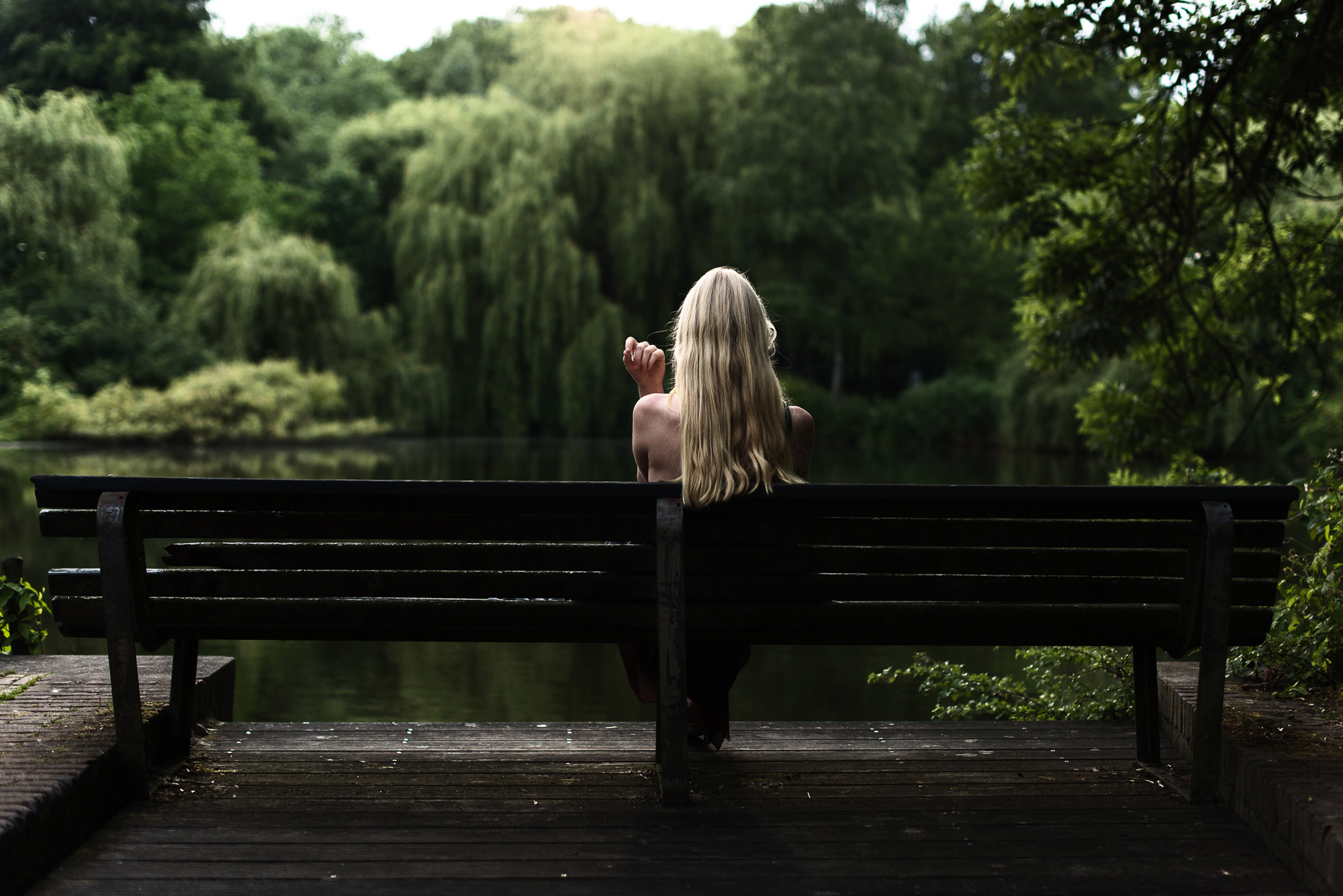 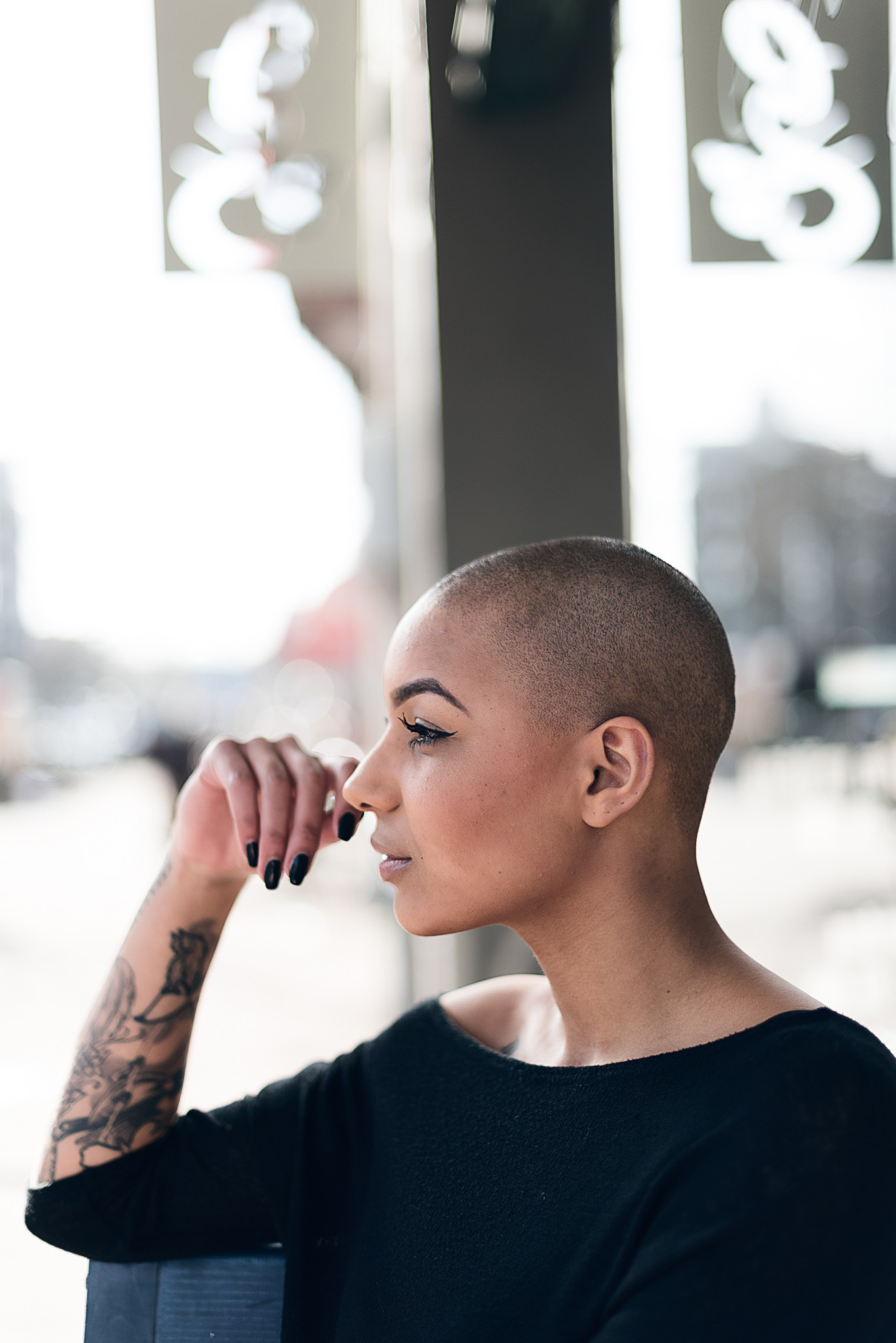 Overtoom - When I saw her sat outside a shop on the overtoom on my lunch break ran back to get my camera. A reminder to always carry it with me as love this image. 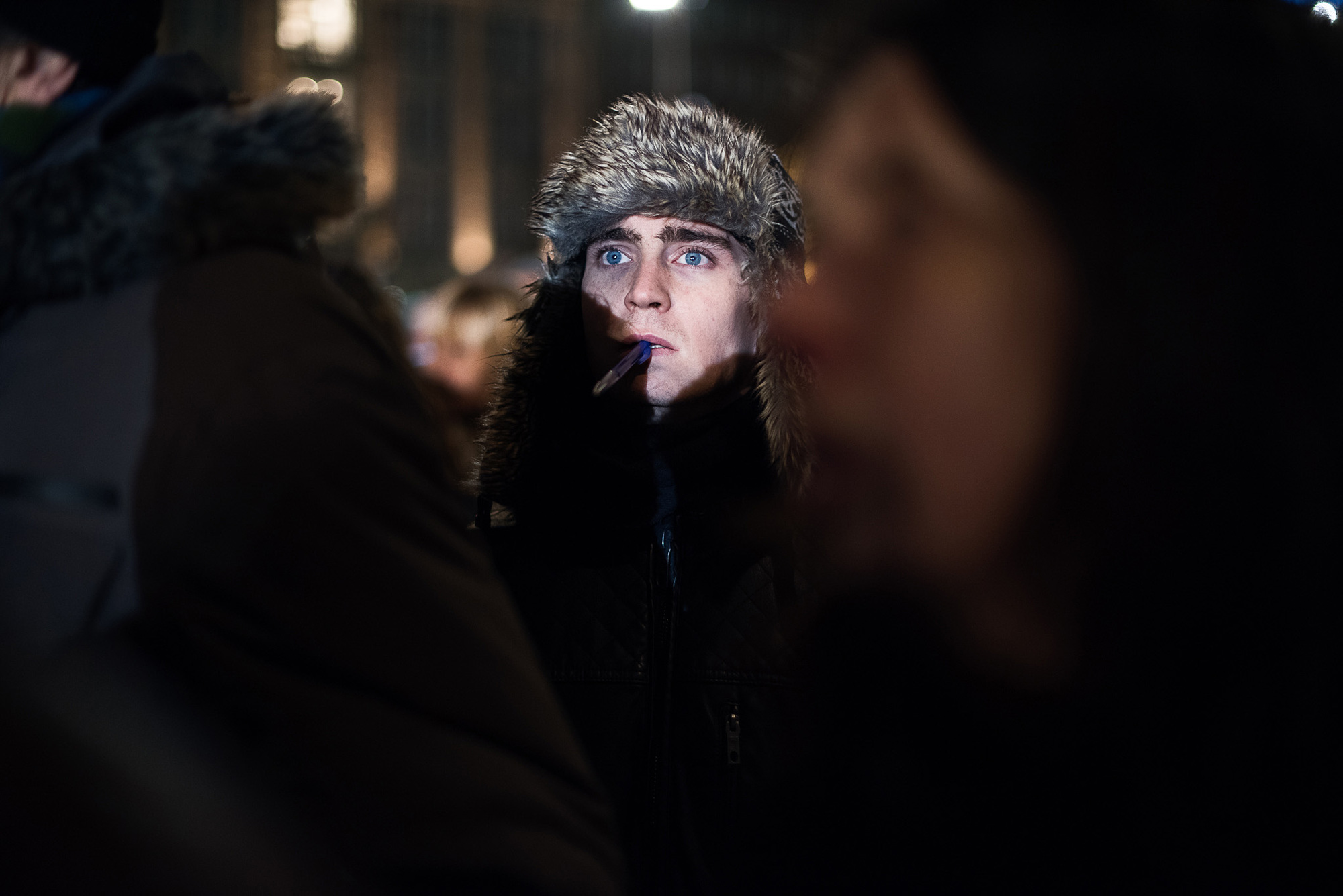 Je suis Charlie - The evening of the attacks there was a march to dam square in the evening, no one really knew how to respond as large screen where erected repeating the message of unity. 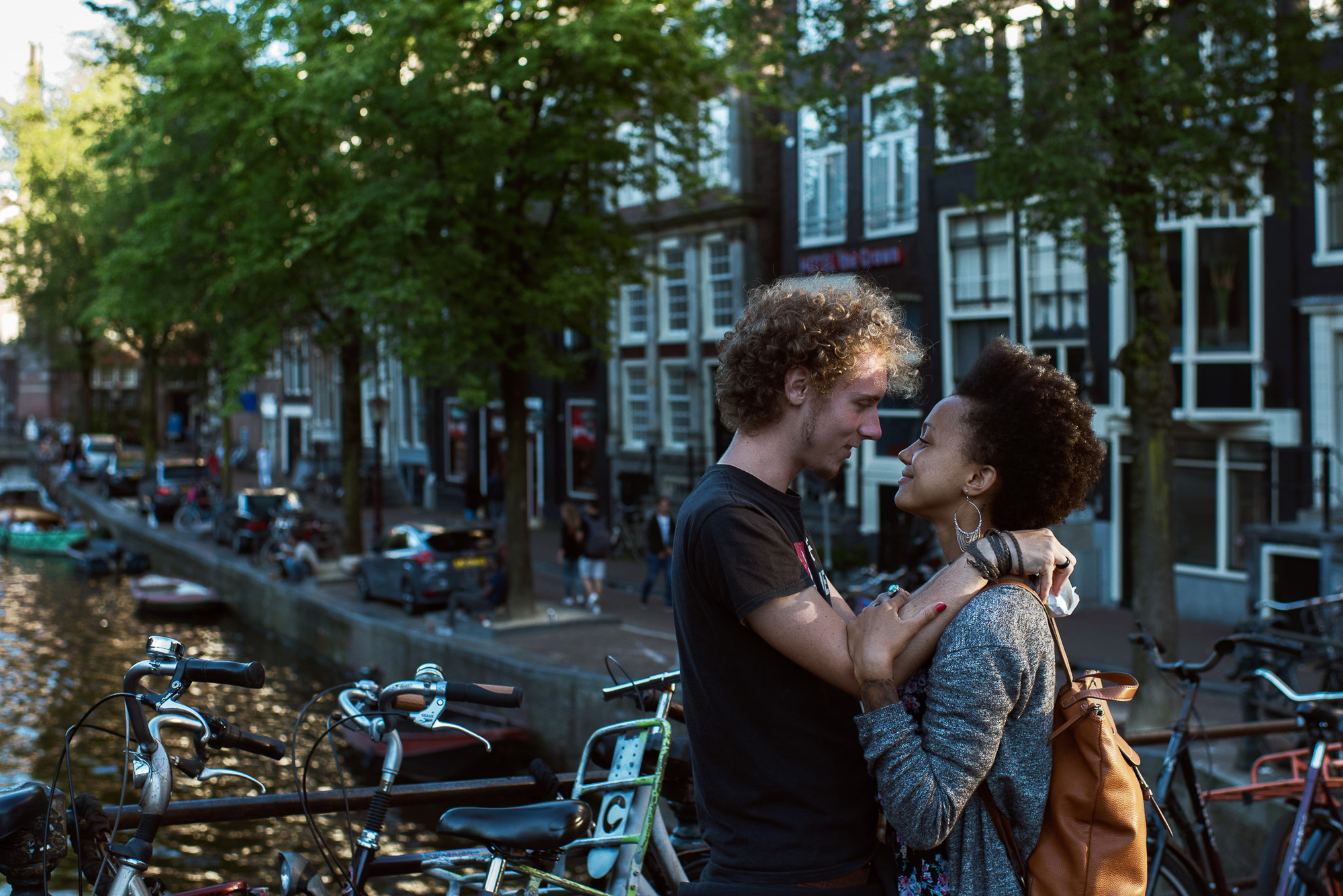 These moments - Being attached to the bike most days the city can seem to whizz by you. Yet strolling around the canals in the evening with no real rush opens you up to a magnitude of little moments being shared by your fellow Amsterdammers. 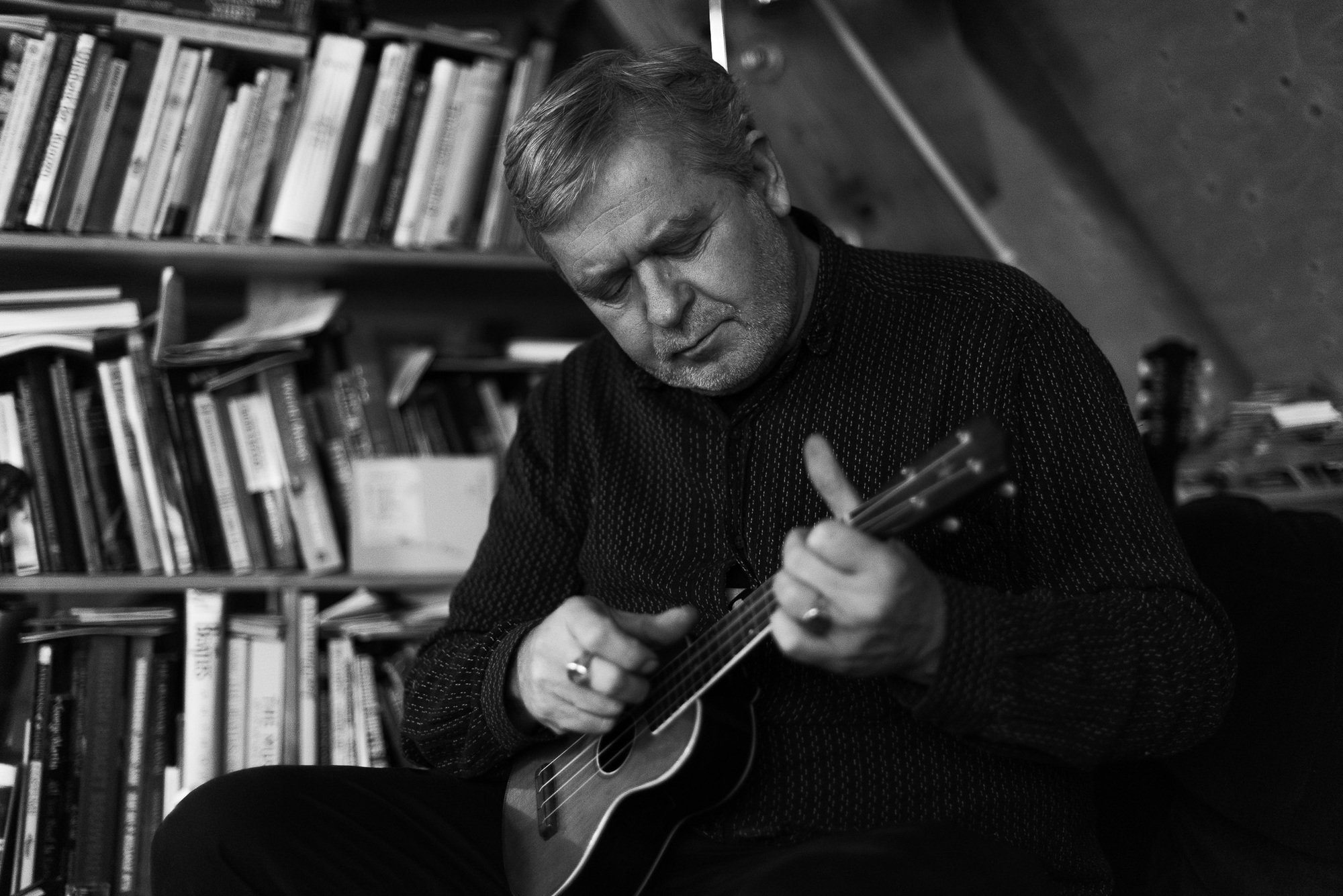 Palm Guitars - When Pearl Jam played the Ziggo dome, Eddie Vedder mentioned a shop that always visited in the city. I went to explore a few months later and eventually met Soren, we chatted and he played me the Ukulele that Eddie had given to him. 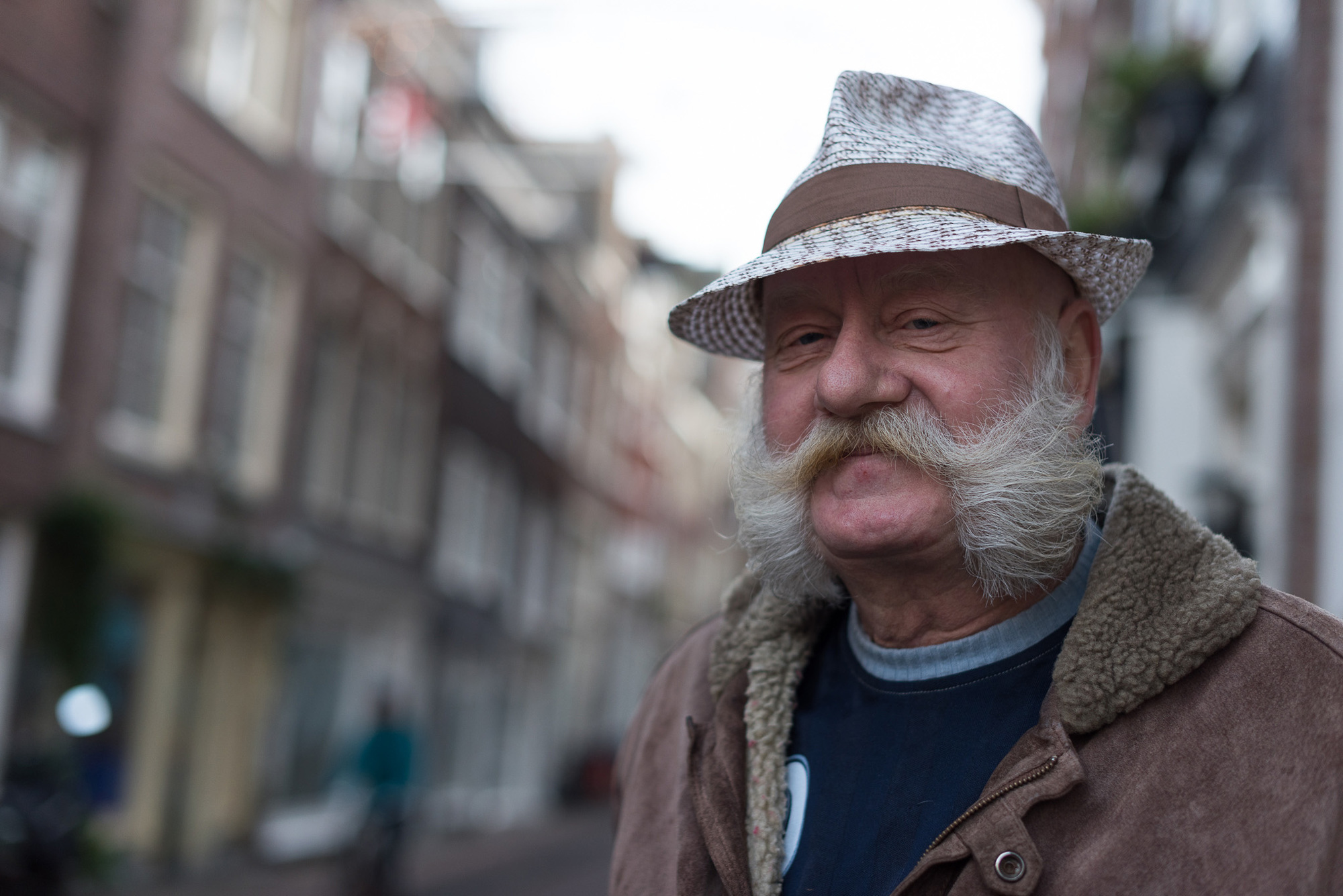 Amsterdammer - A face that I had to stop to capture; screams old Amsterdam to me. 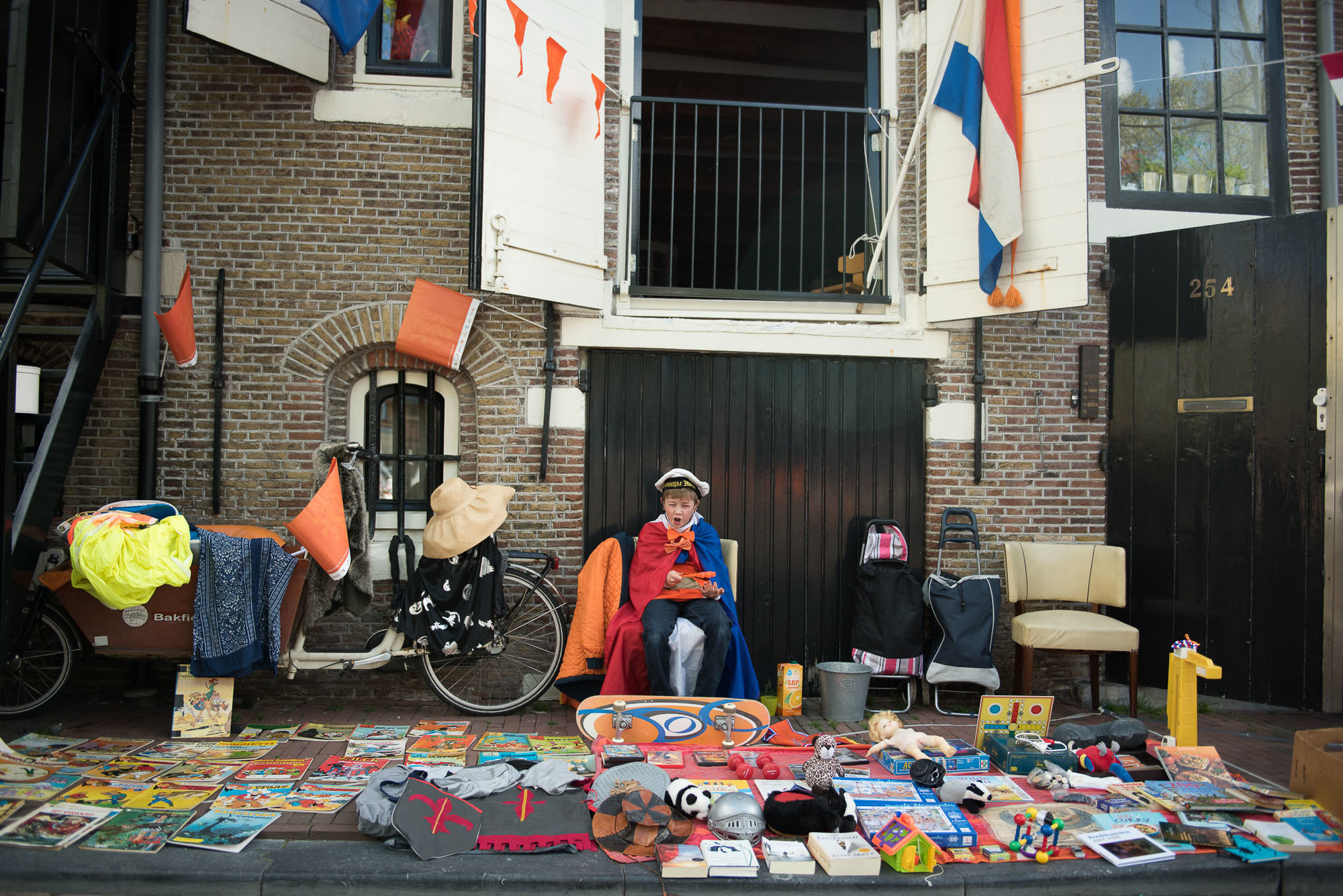 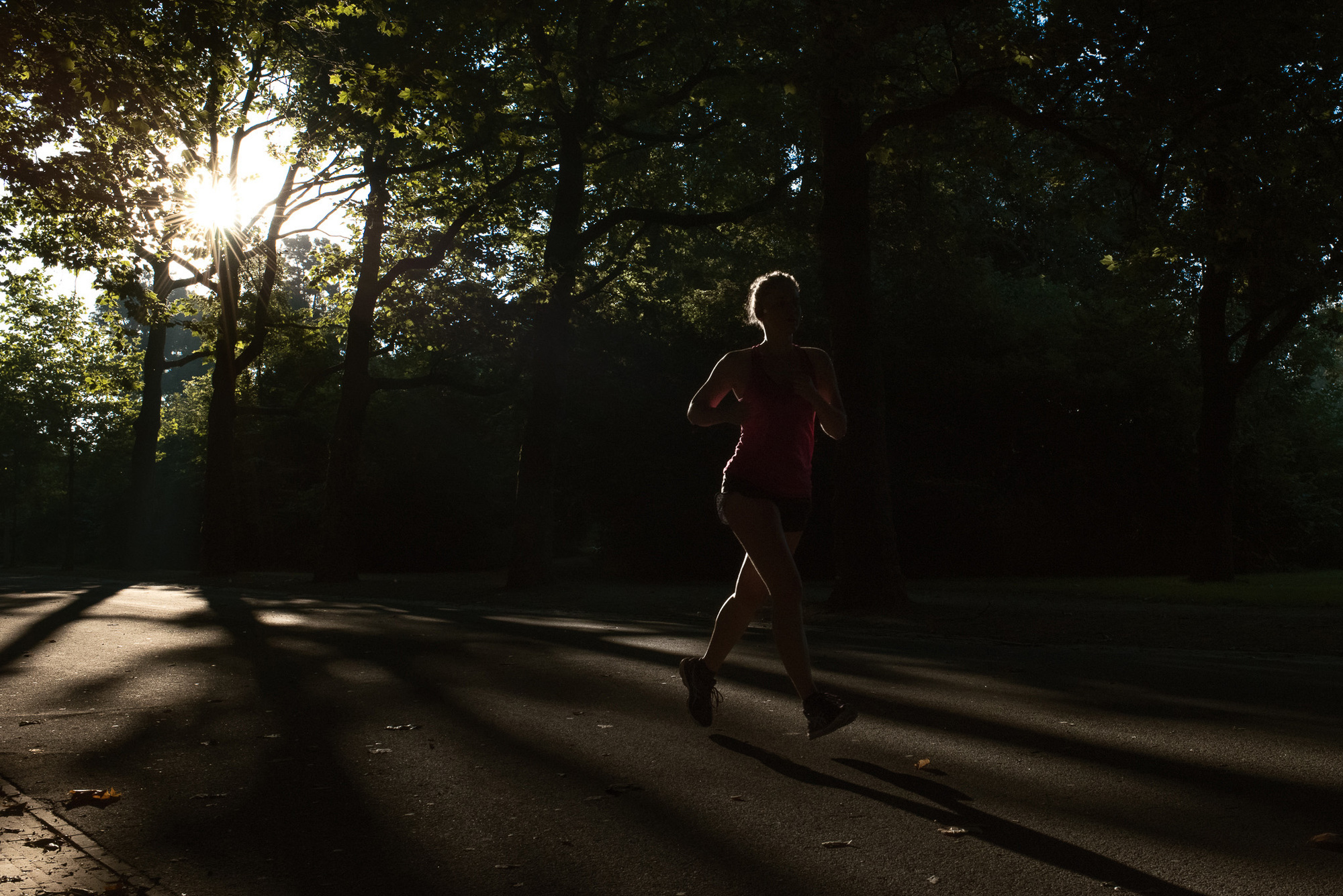 First light - Vondelpark is a relentless pool of energy all year around yet in the mornings its one of the most tranquil places in Amsterdam. A low hum of birds singing along with the soft padding of the occasional runner accompanying you with a the most sublime light. 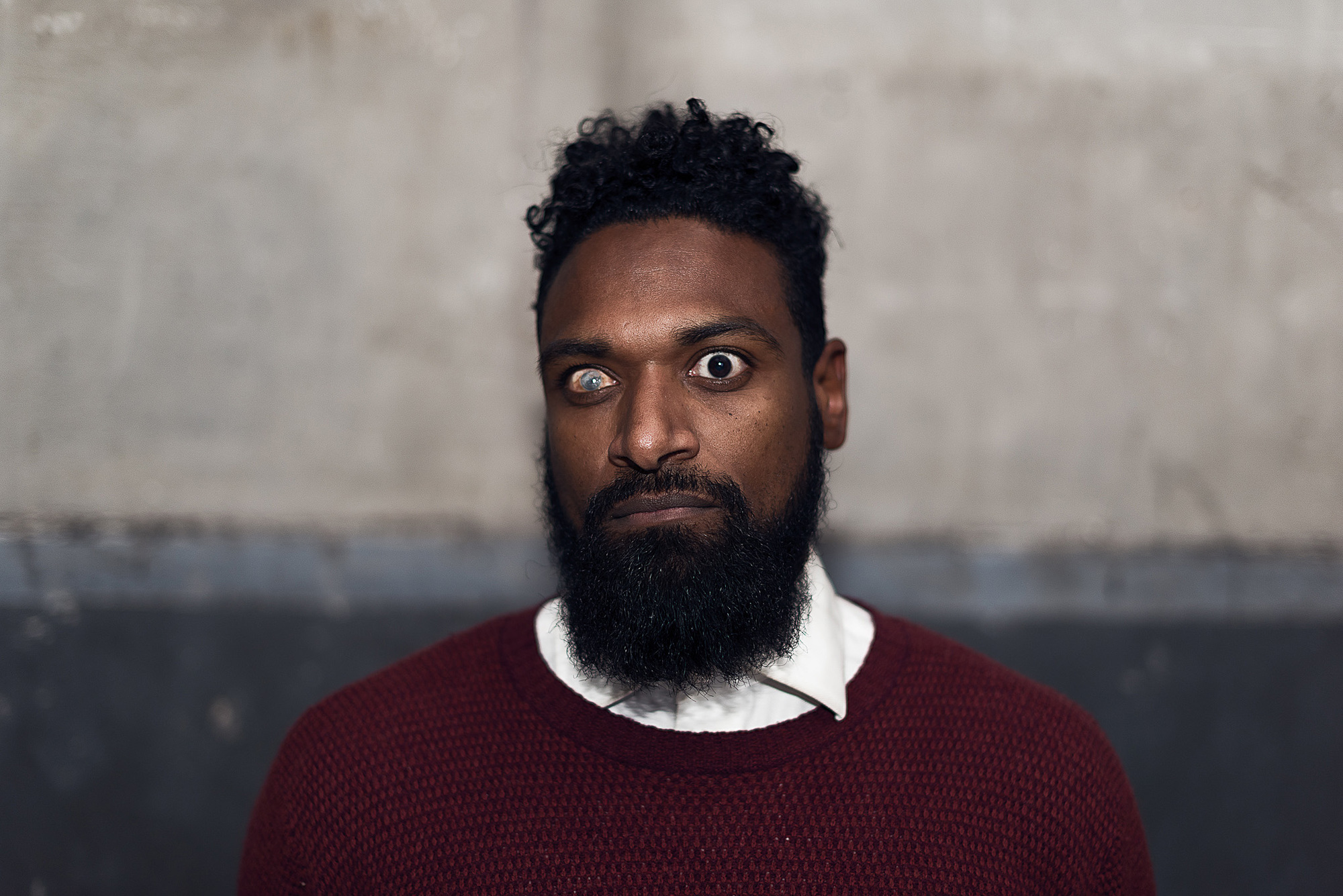 I'm looking forward on contributing many more of these findings from within this urban village, as part of the Citinerary - A City Made By People network!

Stay tuned on this photographer - richardrigbyphotography.com

All imagery to the courtesy of photographer Richard Rigby.