The Bicycle Capital of the World?

Faceplanting my way into 2017. A story about me and Amsterdam's bike adventures.

Last week I had an accident. Now, I don’t want to explicitly call it a car accident and get you guys all worried - I learned that the hard way after frantically calling my Mum. However, the incident did involve myself, my bike, and my neighbour’s car and has resulted in the rupturing of several of my deltoid fibres or, in other words, my shoulder has taken a pretty good beating.

Before I get flooded with fruit baskets and teddy bears, I have to say I‘m (relatively) okay. It’s mostly my pride that has taken the hit. In fact, as I’m asked by friends and colleagues what has happened and I utter the phrase “knocked off my bike”, my stomach churns with the shame of being judged as a bicycle-illiterate expat. That people will assume it was all my fault because, unlike the Dutch, I wasn’t riding without stabilisers whilst I was still wearing nappies. However, I have been quickly reassured by my audience’s reaction: the sharp intake of breath, the obscenities muttered in the driver’s name, and the confession that a car door opening into their full-speed cycling stream is an ongoing fear of theirs. 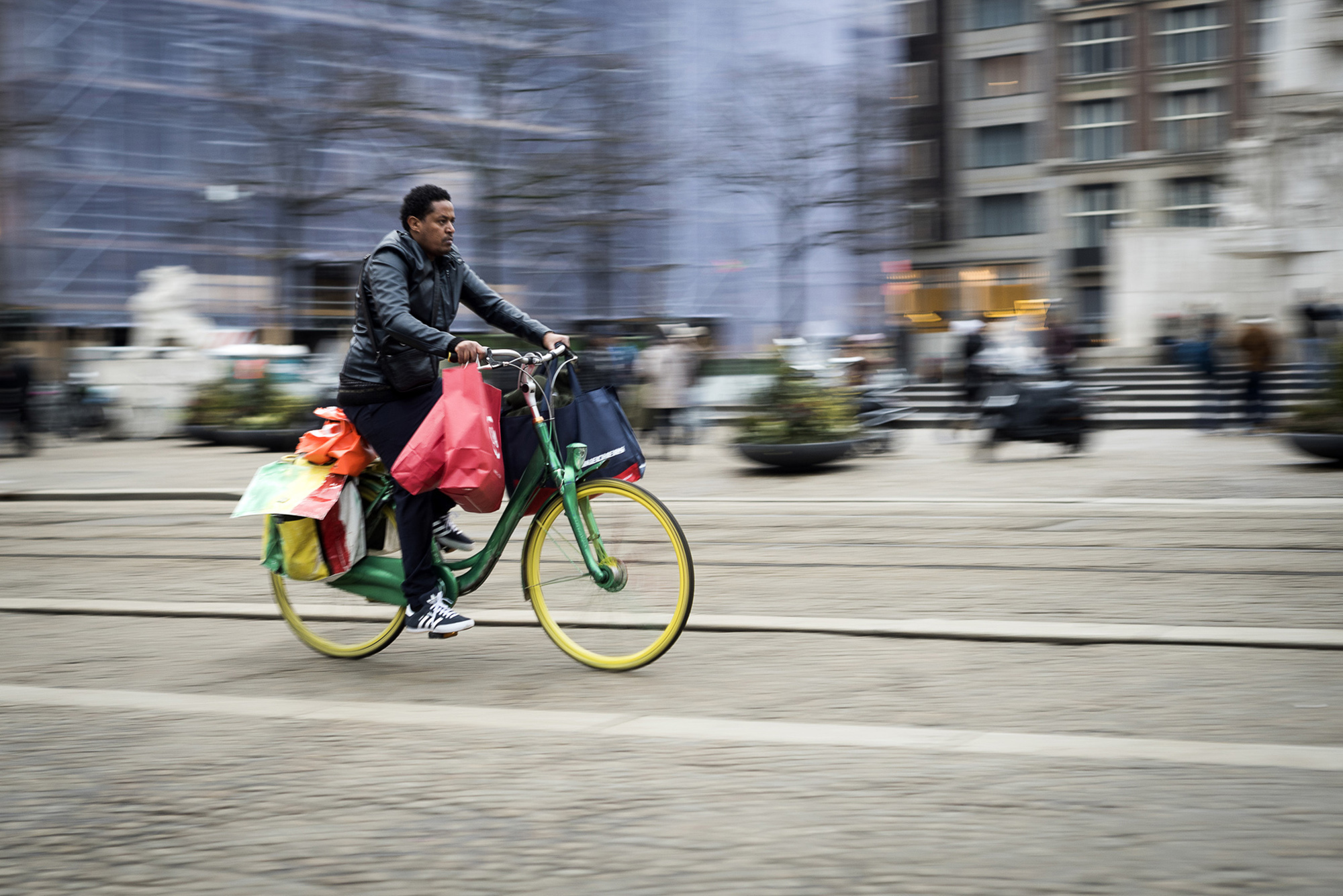 But as I sit here in a cafe, fresh from a physio session with Jeroen van Dijk - which has incidentally left me strapped up in a shade of orange tape that can only be described as neon - switching my good arm between typing and shovelling in comfort carbs; I’ve got to thinking about something Jeroen said. “Even for me, who was practically born on a bike, I had to get used to the way of cycling in Amsterdam”, he explains “it’s like Simba in the Lion King trying to cross the buffalo stampede!” He told me that he quite frequently treats injuries as a result of bike accidents - mostly hands, knees, and ankles - and that this number increases as the weather gets colder.

So, like any curious writer who has been ordered to sit and do nothing for the rest of the week, I started to delve into some research about cycling safety in, what is often referred to as, ‘The Bicycle Capital of the World’. 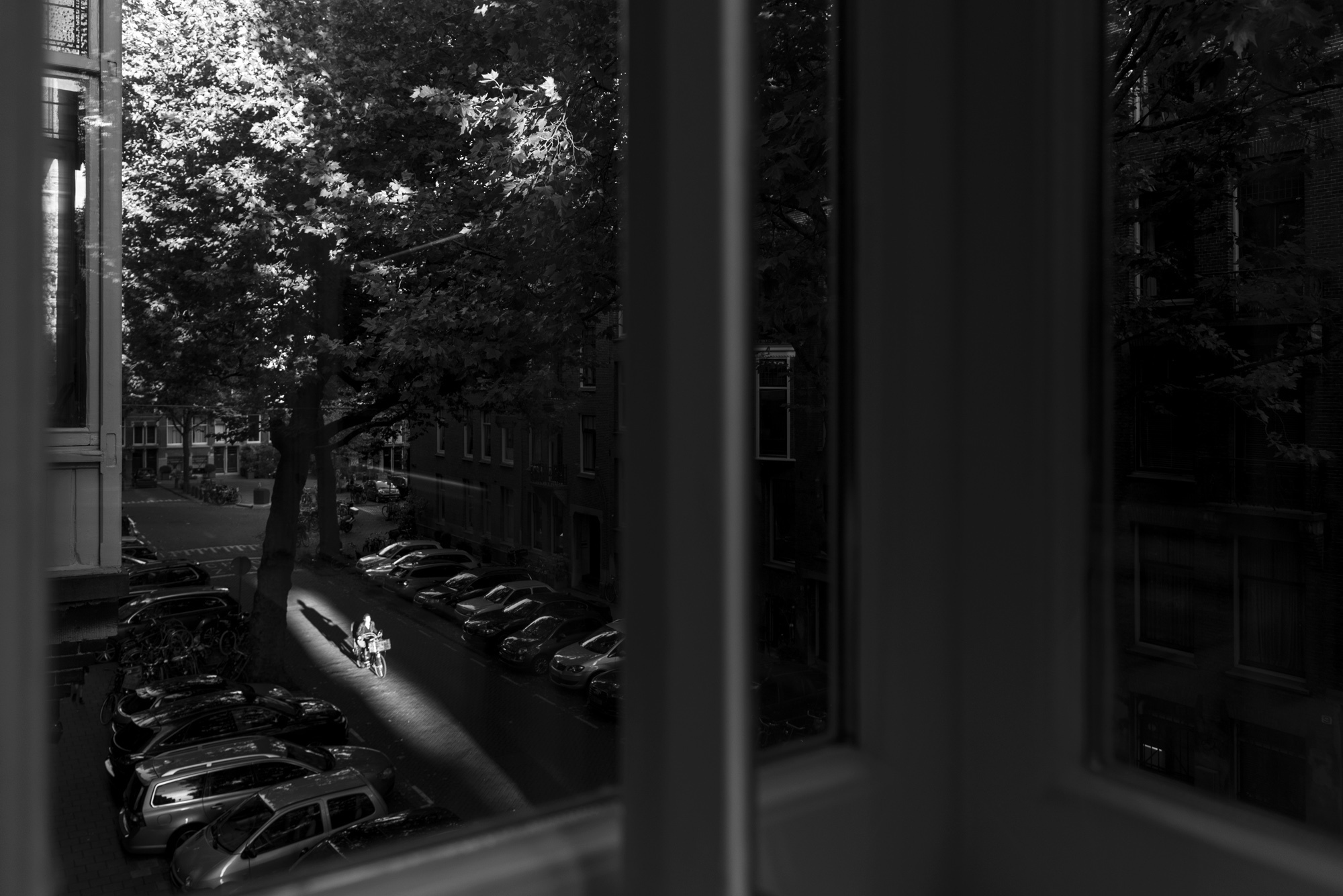 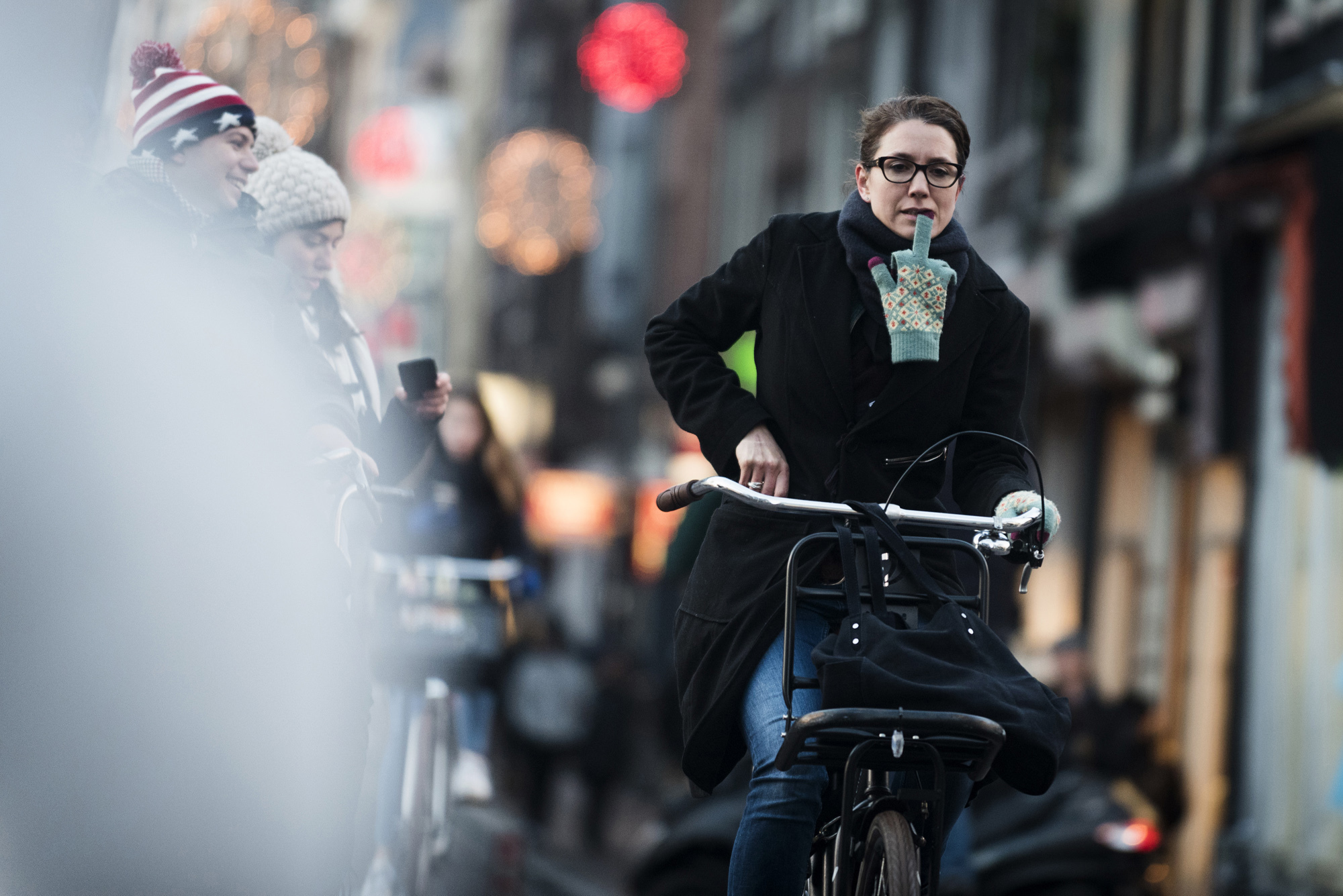 Looking at the city now, or should I say listening to the trings and rings that make up it’s familiar soundtrack, it’s hard to believe there was a time when entire Amsterdam neighbourhoods were destroyed in order to make way for motorised traffic. However, all that growing traffic took its toll and in 1971 the number of traffic fatalities had peaked at 3,300, with more than 400 of that number made up by children. Fortunately, thanks to ongoing protests and activism - largely by the powerfully named action group Stop de Kindermoord (stop the child murder) - the early 1980s saw the city evolve into the bicycle playground it is today. and increase in accidents. 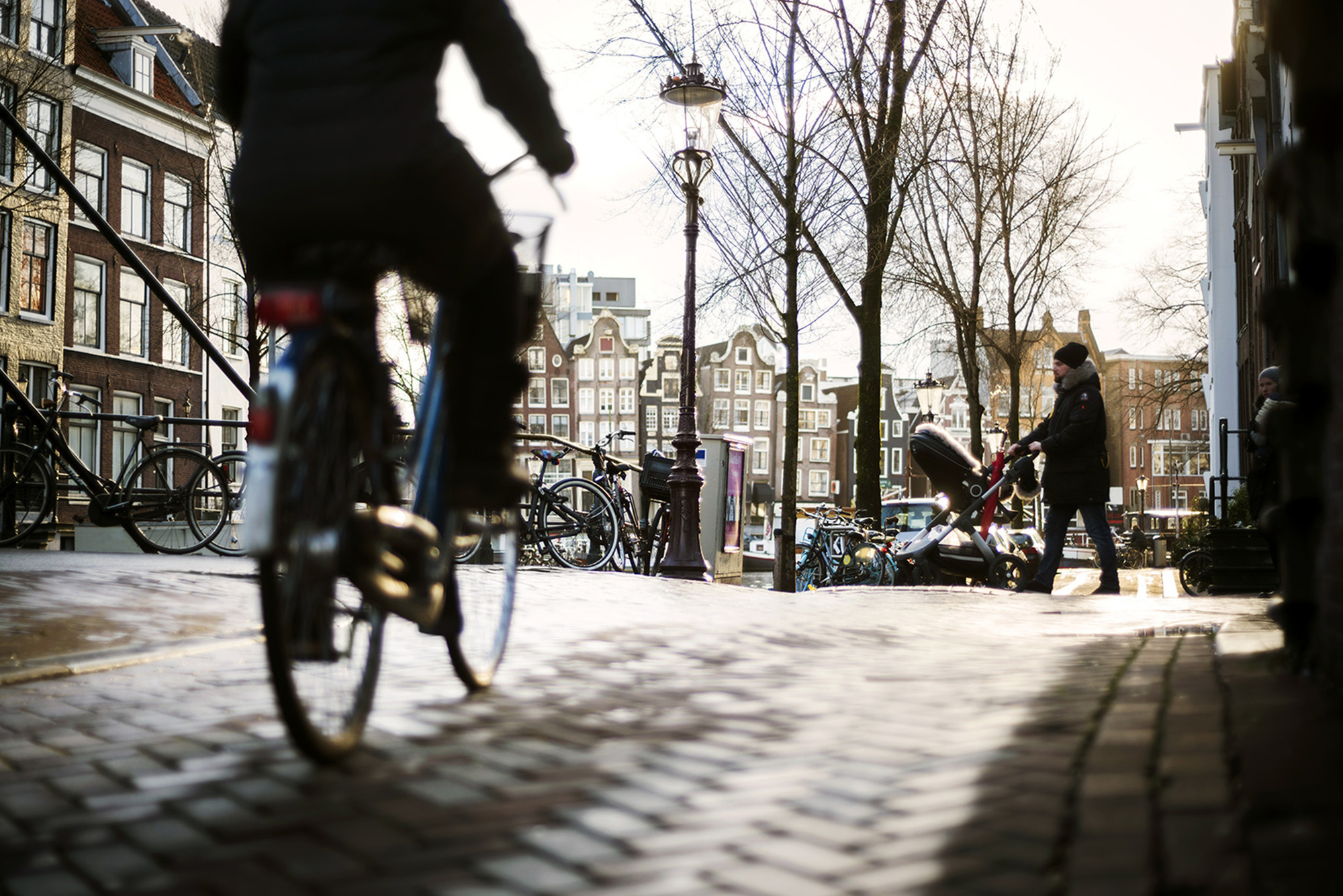 Iamsterdam claims that an excess of 223 million bike journeys are made each year - that’s 613,000 every day! Yet unfortunately, of the 15-20 fatal traffic accidents that occur on Amsterdam’s roads each year, between 20 and 30% of victims are cyclists. What’s more, of the roughly 900 people who are seriously injured in traffic accidents each year, more than half are cyclists! Reiterating this, a recent study by the Dutch Institute for Road Safety Research (SWOV) noted that of the 274 road fatality victims between 2000 and 2013, cyclists made up a staggering 28% (while only 22% were car victims).

By no means am I here to instil fear in our readers, I merely found this information pretty eye-opening considering Amsterdam’s reign as the most bike-friendly of them all. And yes, okay, a part of me doesn’t want to feel alone in my bike accident misery. But if you are concerned about cycle safety than the Gemeente suggests, “road users should concentrate on their personal responsibilities as a road user. Only if [they] adhere to traffic regulations, show more patience, and give each other more space to manoeuvre, may we expect the accident rates in Amsterdam to decrease again.” 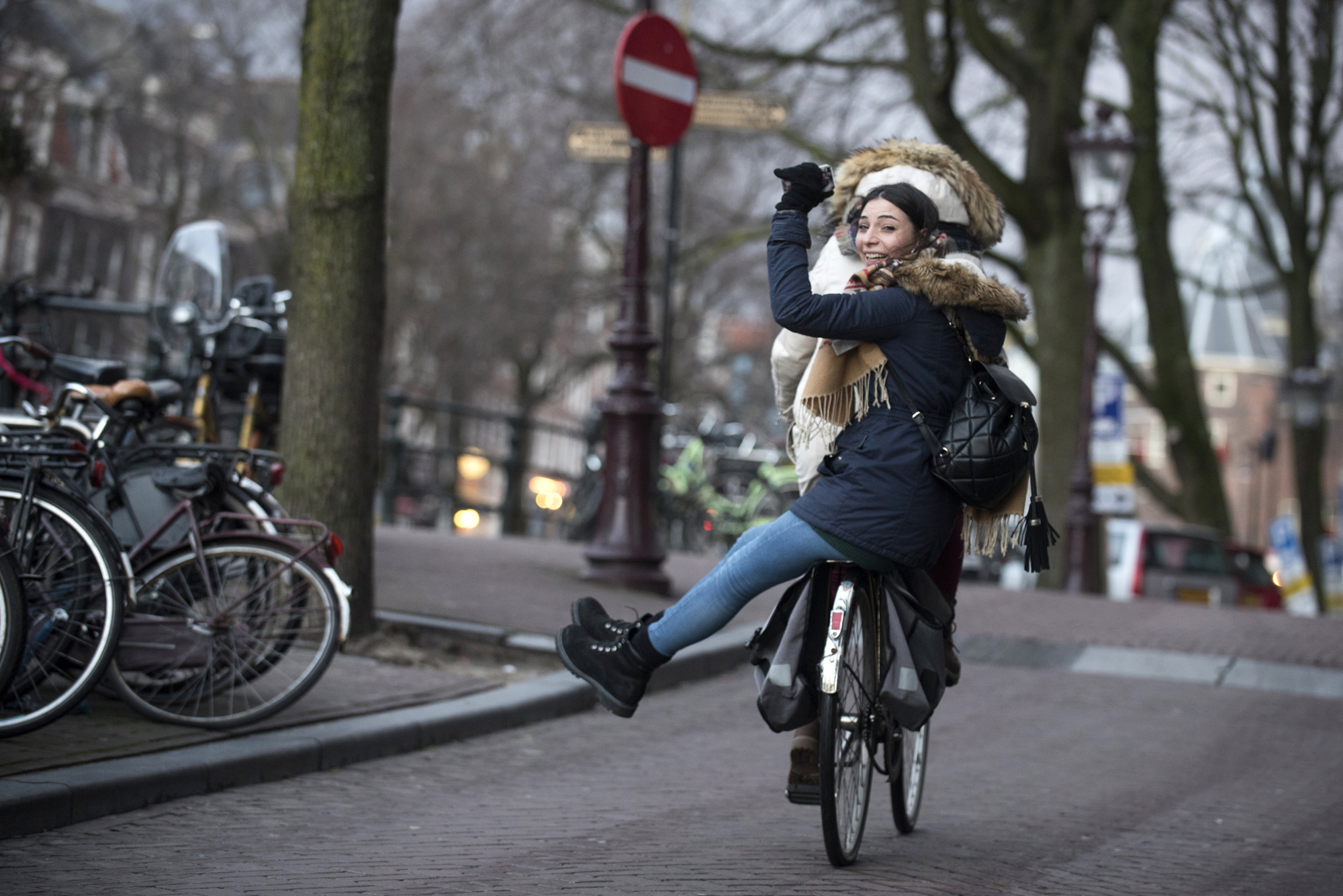 As for my injury, it looks like I’ll be dusting off my OV-chipkaart and retiring to the sofa for a few days of good, old fashioned rest. And while I get started on making a dent in My List on Netflix; you stay safe, Amsterdam.