Amsterdam Through The Eyes of an Artist

Correspondent Dean is taking the 'ordinary' of Amsterdam and looking at it through an entirely new lens. His friend J. who is an outdoor painter arrives in Amsterdam and Dean got the opportunity to take a peek into J.'s perspective of the city.

Escaping the sporadic rain showers that the day offered, we sat in Moods Cafe discussing J’s love of language, especially Dutch. The words, the letters, they just speak to him.

“HER-DENK-T” (Dutch for reminding) he reads aloud.“The look of the letters, the way they move, the way they flow… I just love it.”

“You know Dean, I’m overwhelmed by everything I see. I adore everything; look at it with love…” He continued. “You can’t be a painter otherwise.” 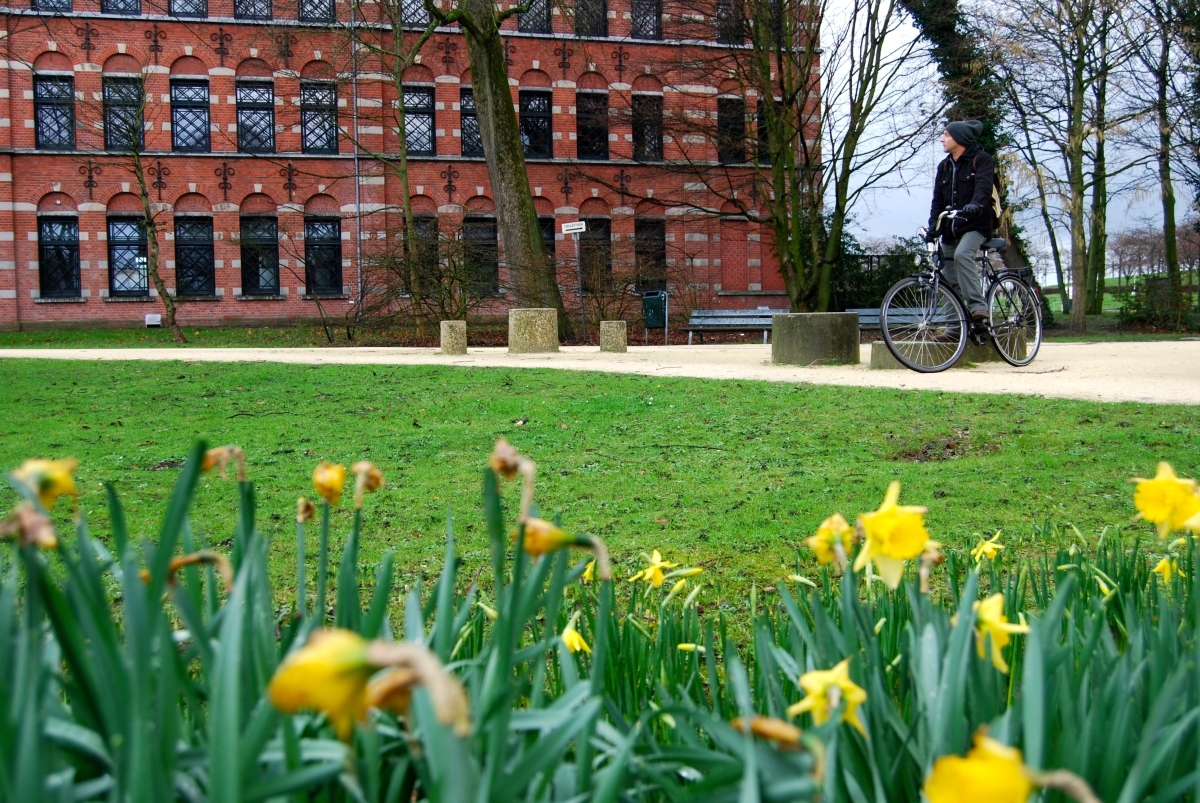 I was intrigued. A foreigner taken by the sound of a language that typically isn’t regarded in such a light. But J. isn’t your typical tourist, expat, whatever. He looks at everything from the eyes of an artist. Completely self-taught, J. began drawing at the age of thirteen and painting since he was twenty-three (he’s now thirty-nine).

“BRO-CHESS, (Broodjes, Dutch for bread)” he pronounces slowly, chuckling. “I feel like an alien, a child almost.” 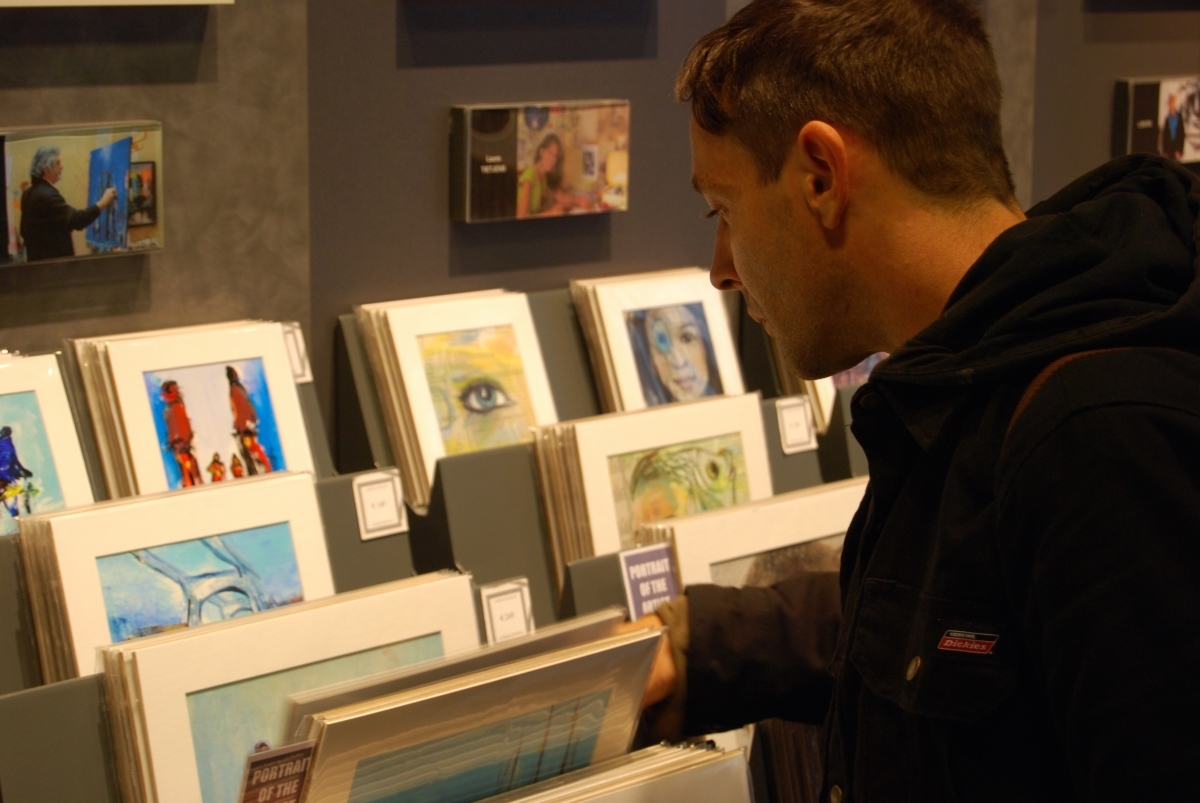 J. had landed in Amsterdam just a few days earlier after enduring a long journey from Mexico where he spent many years. It had been a lifetime since he last set foot in this city where he, as a small child, had visited with family.

Being back after all these years, he couldn’t contain his excitement and desperately wanted to explore, to paint, to look at everything it had to offer: the neighbourhoods, their colours; the people, the way they move and dress; the boats, oh so many boats!; and the museums, in particular Van Gogh. Talking to J. about Van Gogh, he lights up.

Van Gogh had always been there. J. grew up on the outskirts of Madrid with the Dutch post-impressionist artist by his bedside. He woke up every morning to an exact replica of Van Gogh’s Chapel at Nuenen with Churchgoers painted for him by his mother (the original was painted for Van Gogh’s parents).

“What a bizarre painting…”, he reflects. “It’s dark, not the prettiest. Not his best work.” Maybe not, but something about it left a lasting impression. 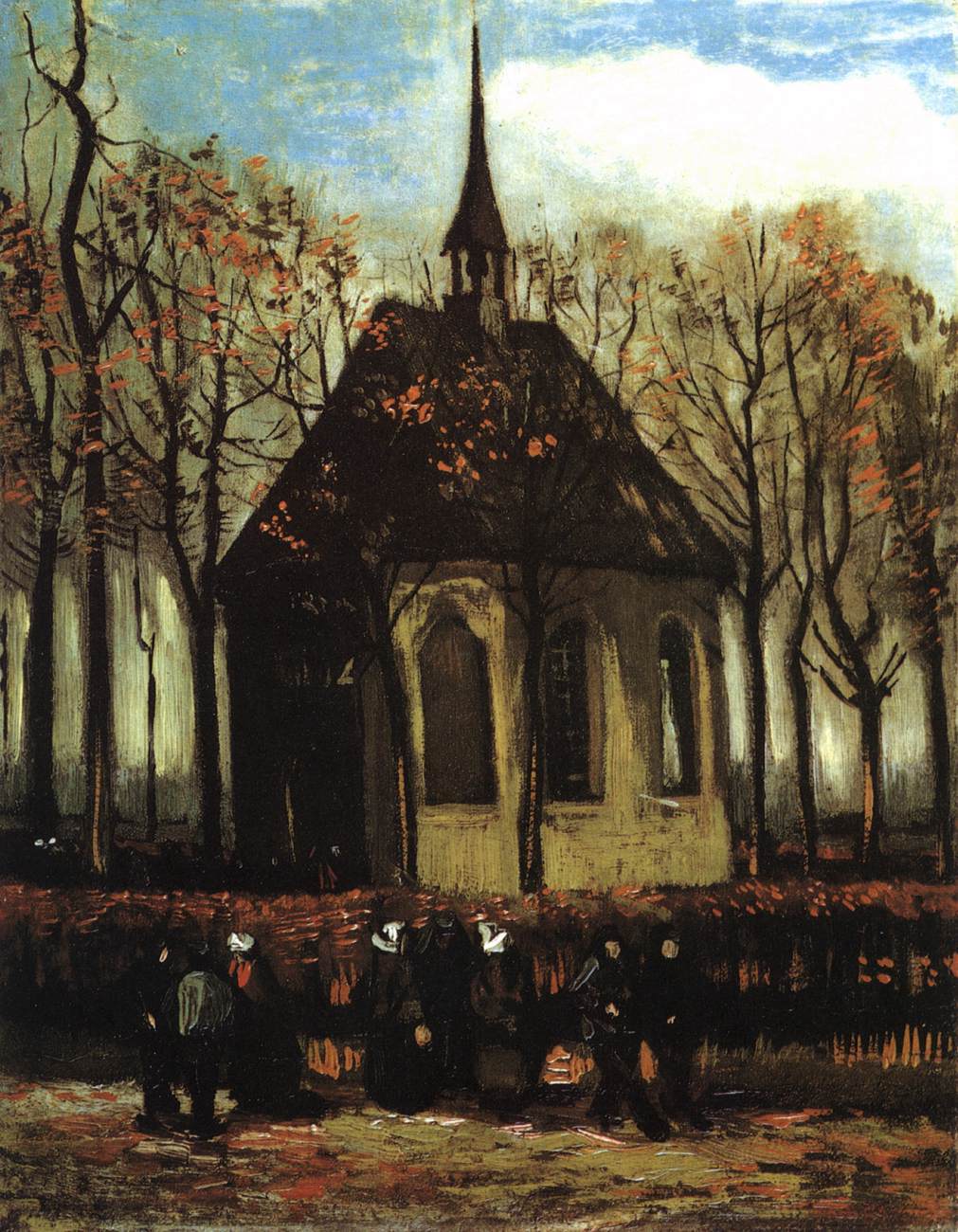 It’s easy to forget. Amsterdam often has a connotation of being an individualistic society (at least among expats). People tend to keep to themselves and it takes time to warm up to the local population.

Too often we fall into this trap, especially if we have been in Amsterdam for some time. Many of us become fearful. We jump to conclusions and assume that everyone just wants their own space. And while sometimes they really do, just need space, I’m calling for more openness where we look at ‘strangers’ in a new way: with curiosity and as part of the canvas that makes this dynamic city what it is. 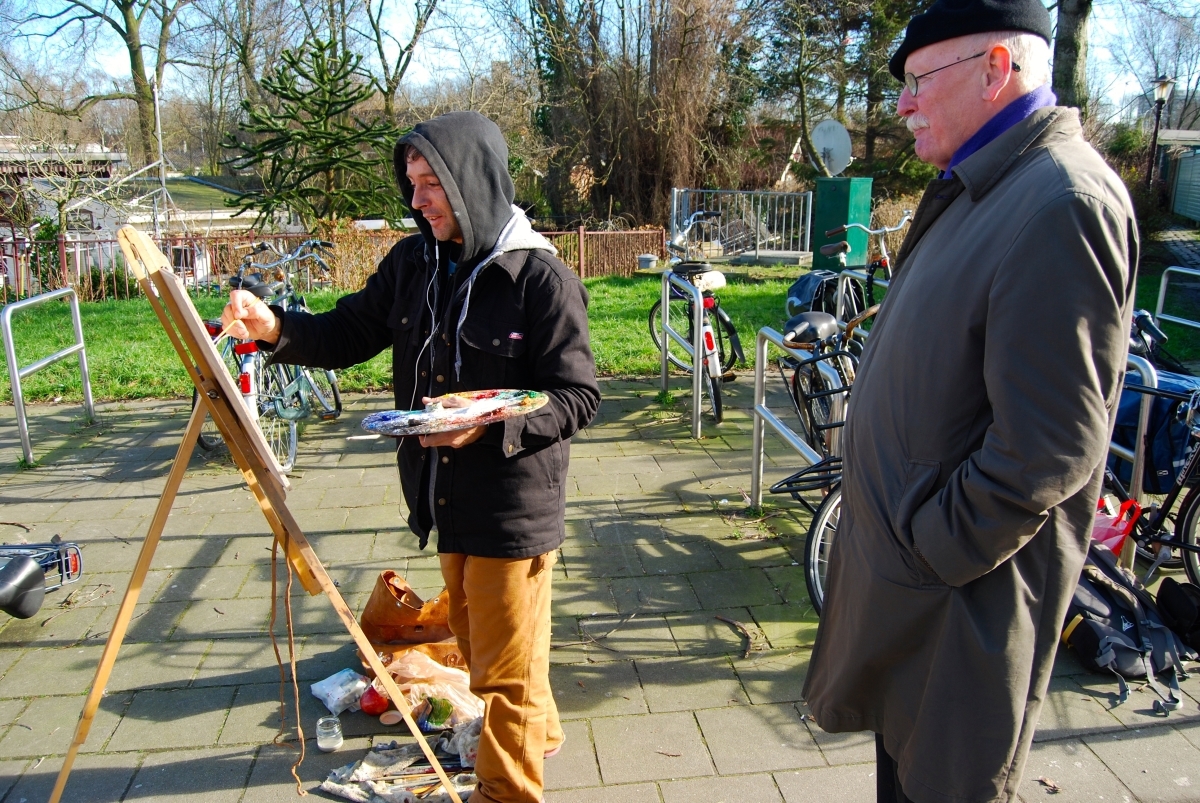 It was at buurtboerderij (‘neighbourhood farm’) - an old farmhouse converted to community space - where I discovered that J. didn’t only look at the ordinary in a special way, but that he also has a special way with people. He tells me that he doesn’t have time for the bullshit of waiting around for things to happen. If you want to talk to someone, then just do it! 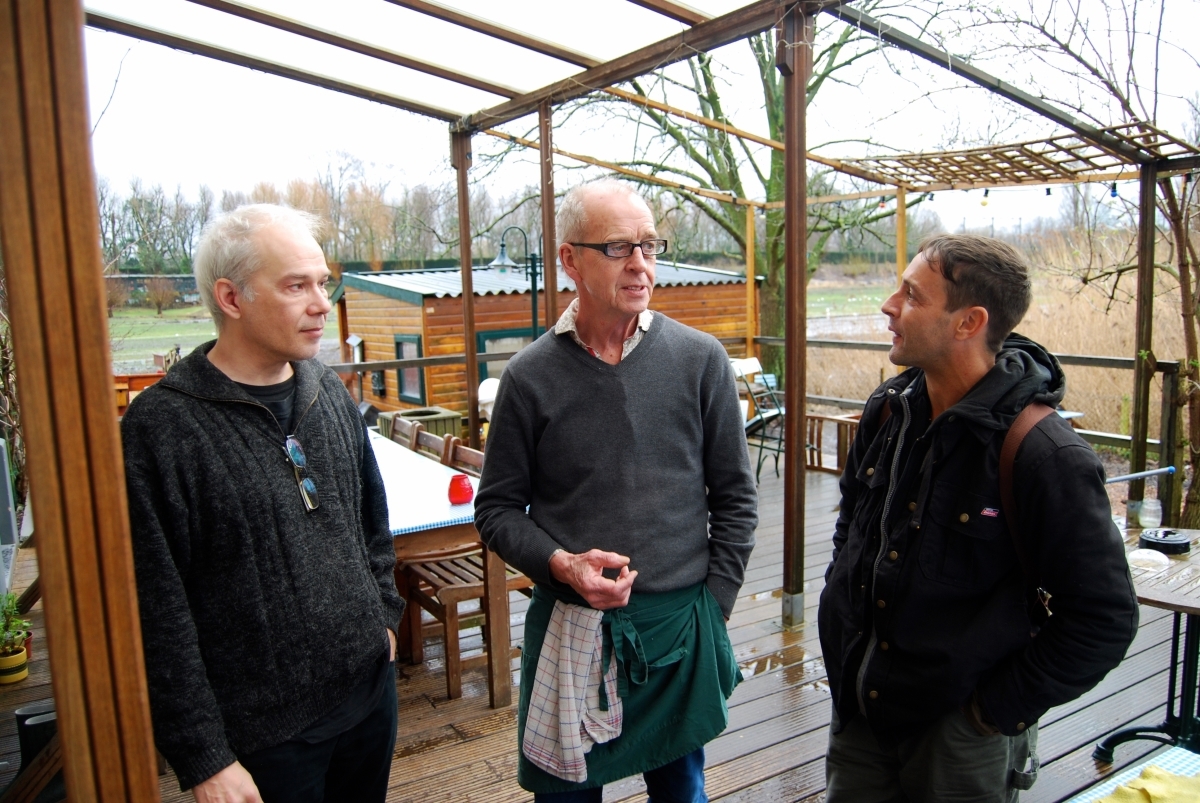 A few days passed and as winter’s colours opened up to us, J. couldn’t wait to get started on his paintings. Grabbing supplies from anywhere he could find, J. began his first painting of a beautiful row of houses in Amsterdam Noord. Passing by by bike, I stopped to take a look at how things were progressing… 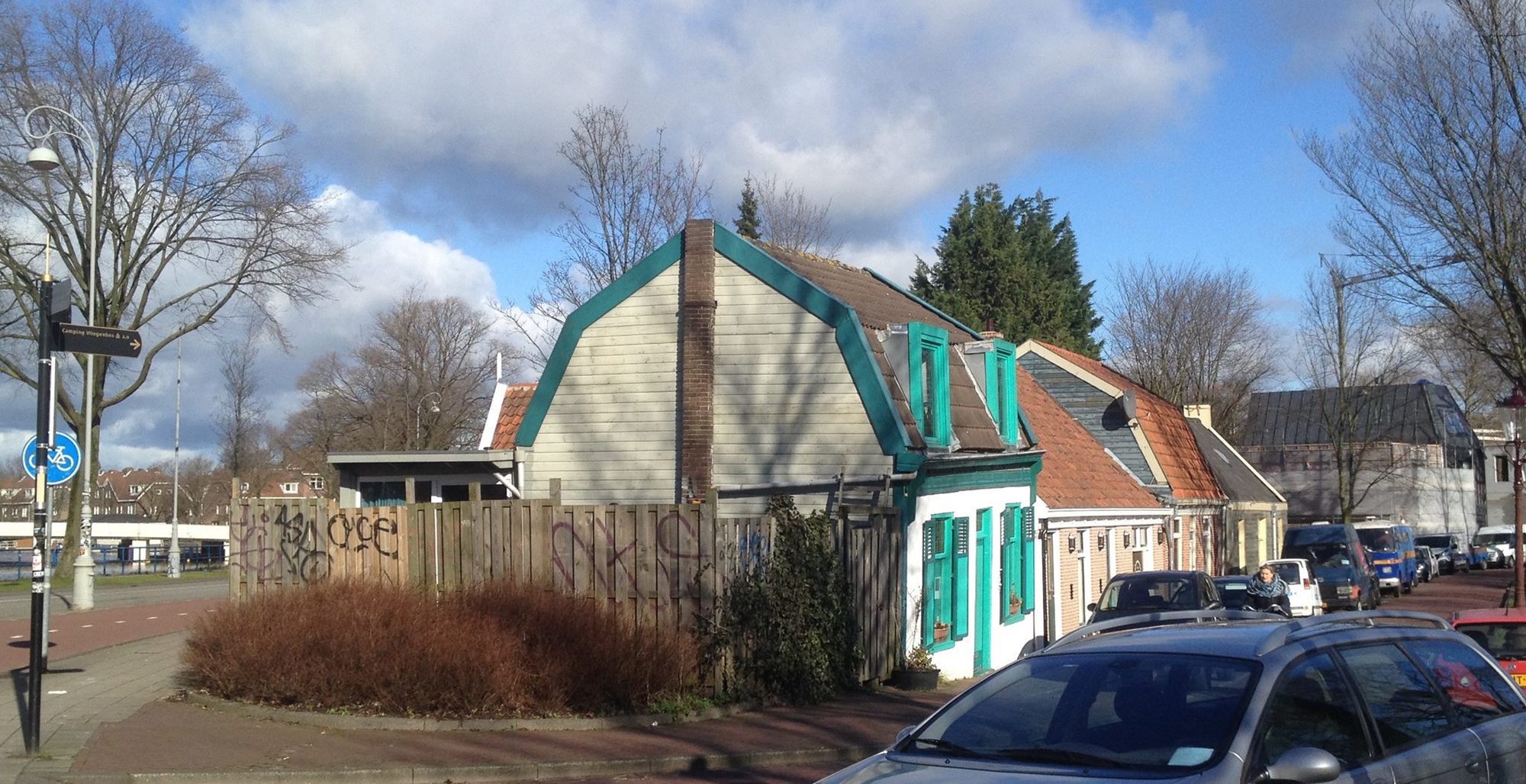 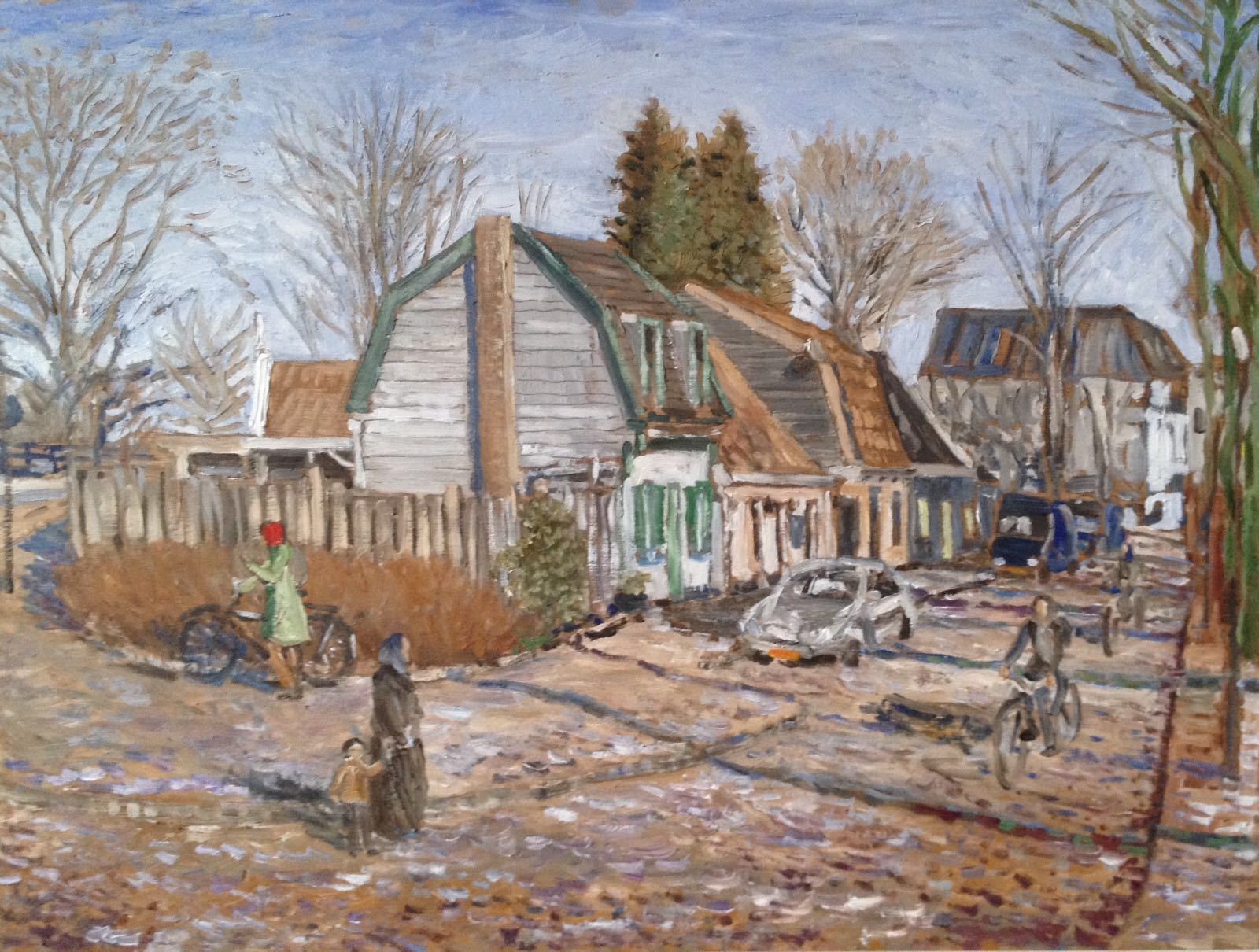 “Amsterdam Nawherd,” he says shaking his head. “It’s a complete mystery to me.” Again, there was something so fascinating  about the way the two words came together for J. They would come to form the name of his first painting ever created on Dutch soil: ‘Amsterdam Noord.’

With a mix of wind, rain, a bit of snow and a spot of sun, the weather has been challenging for J. Several days after he began ‘Amsterdam Noord,’ I ask him what his thoughts are on being an outdoor painter in this city. Taking a break from touching up some unfinished paintings, he lets out a long, inflated sigh...

“You know, it’s something to get used to. It is extremely challenging, but as the adaptation process progresses, so does the painting.” J. pauses to reflect, “yesterday was the first time in my life where I was snowed on while biking with a pallet in one hand, a painting in the other… But the challenges, they are surmountable.”

As he shares this with me, what was a sunny day just moments ago, suddenly became shrouded in darkness followed by an intense falling of rain and snow.

“You know,” he continues as he looks outside the window.