Being vegan is a huge trend and initiatives of all sorts and kinds are popping up Amsterdam like mushrooms. The biological kind, of course. What is it like to be a greenie in the city and work on your own veggie-start-up?

Being a carnivore myself might make me a bit short minded about this whole veggie thingy. I've always had a certain opinion about people who don't eat meat and everything that has to do with it. But ever since the appeal and potential for vegan products is expanding in the city, and Amsterdammers are seeking for healthier and cleaner foods, it sure has got me thinking. This cool couple I know, started their own veggie-startup selling t-shirts with a message. It was about time for me to explore what being a veggie is all about, how they find their green way through the city, and how they deal with people like me. I had a chat with Cilla and Tom about vegan trend in Amsterdam. 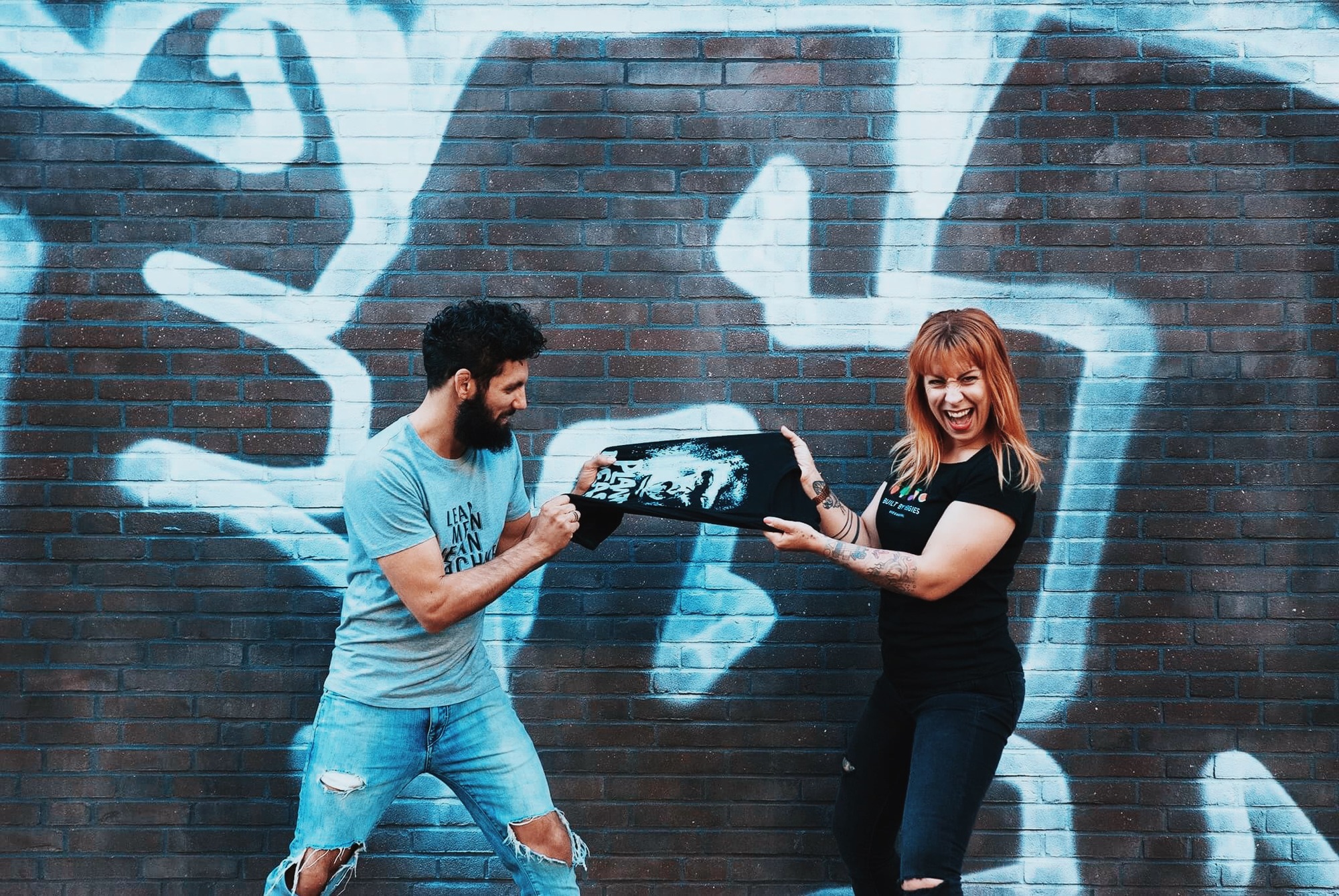 What’s up guys? Tell us, who are Cilla and Tom?

Cilla: I’m an allround copy-animal, working as a freelance copywriter for a couple of years. On the side I run a succesfull vegan health and lifestyleblog where I inspire vegans and non-vegans about training, food, being vegan, beauty and hotspots.

Tom: I’m an art-director and designer, and working in the advertising industry for about 6 years. I love sports, and you can find me at the gym for 10 hours a week. I’m a vegan lifestyle blogger myself, and together with Cilla we run VeganAnimal.nl.

And both vegan! Is that just by coincidence, or were you both vegan by the time you got to know eachother?

Cilla: Yeah, it’s really fun to have the same lifestyle. The moment I met Tom, he was, just like me, a vegetarian himself. I was very glad that I could date a guy who has the same thoughts about animal welfare. When I did a vegan challenge for my blog, Tom asked me why we wouldn’t just go for turning vegan all the way, and that’s the point we both went for a total vegan lifestyle. 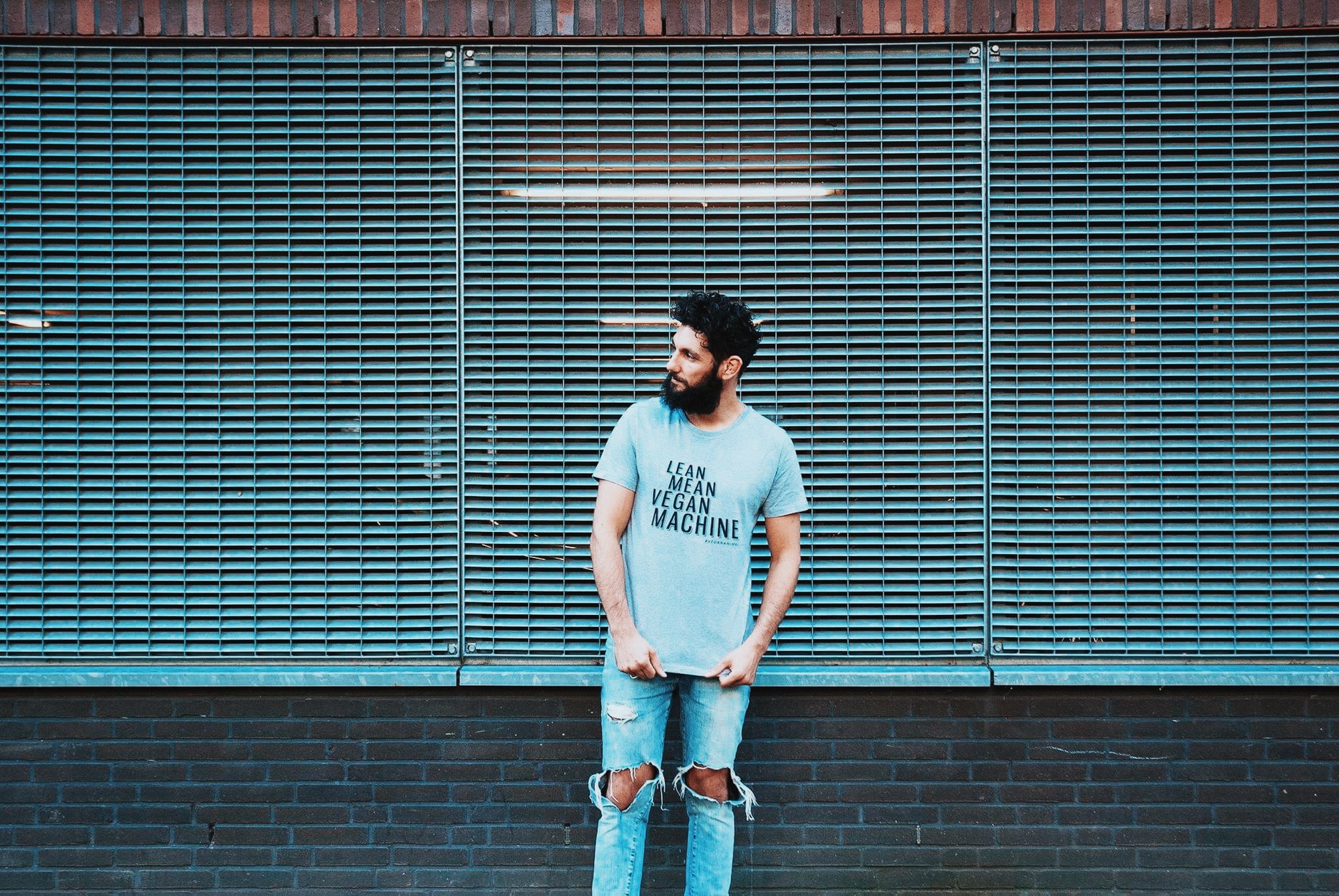 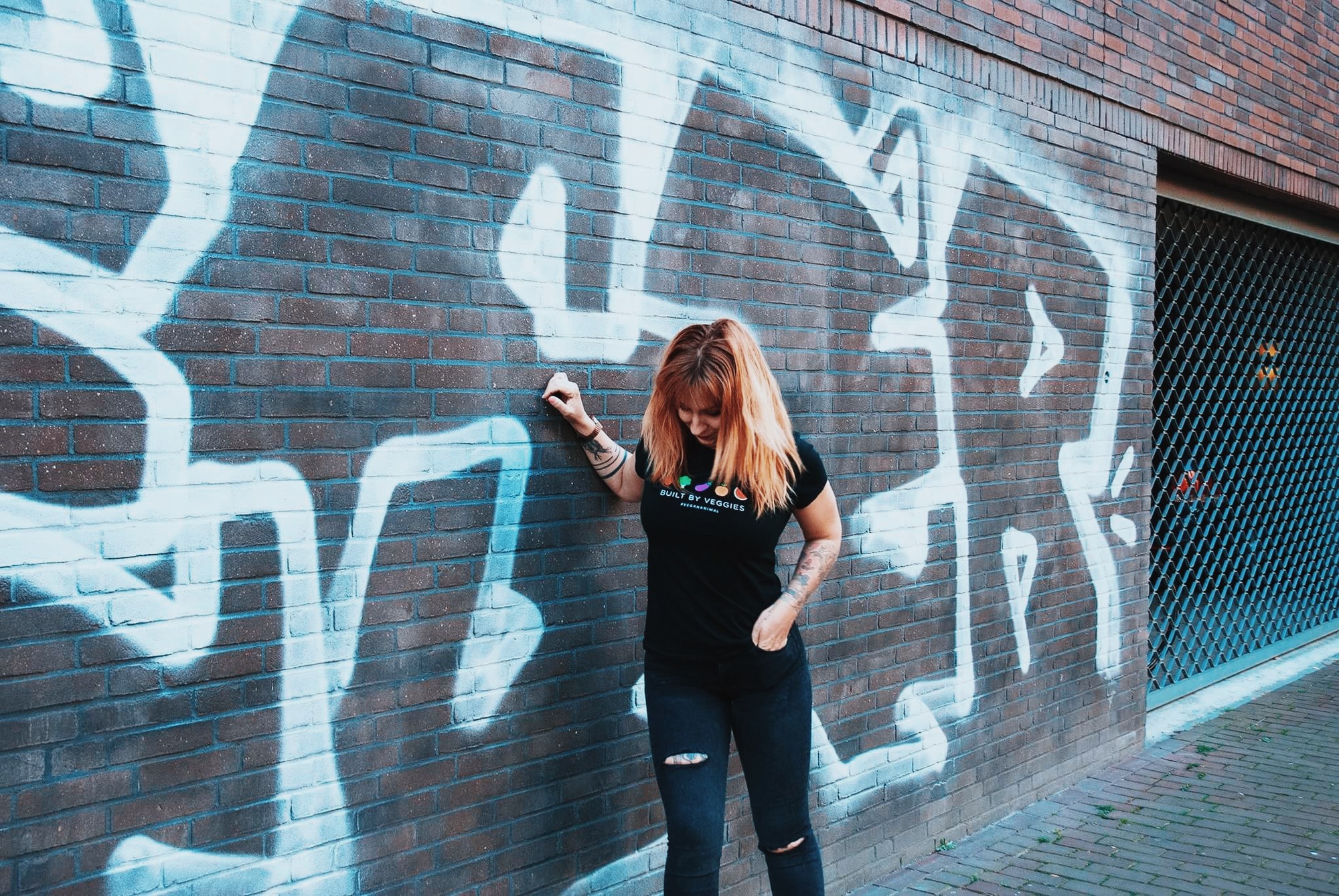 Tom: Love it! It makes you way more conscious. I’ve been very aware of health for a long time already. Being physically active, and keeping a close eye to my diet. Being vegan pushes me in a positive way to keep in mind what’s in a product, and what doesn’t belong in it. Cilla: I think it’s wonderful, knowing that my vegan lifestyle is not only making me healthier, it also makes a lot more animals happy.

About the vegan trend, you know your way around the city as a greenie?

Cilla & Tom: Totally. Amsterdam, but also in Rotterdam, The Hague, Utrecht, and several other cities have more than enough to offer. It’s becoming a hype currently, and lots of new plant-based hotspots are opening every month. It’s fun to taste something new every single time.

Both of you are really into staying in shape, how do you combine sports with a vegan lifestyle?

Cilla: As a vegan you obviously have difficulties getting the right proteins… No, just kidding. Being a fit girl and vegan goes hand in hand. Of course, you should stay aware of what you eat, but that’s the same when being a carnivore. It’s all about having a balanced nutrition, no matter the lifestyle. Once you know your vegetable protein sources, and combine it with just the right amount of carbonhydrates, you’re good to go.

Tom: It’s because of my diet I have a lot of energy during the day! I know exactly what I’m eating, and what it does to me. If I could share my energy, I would have enough for the entire gym! 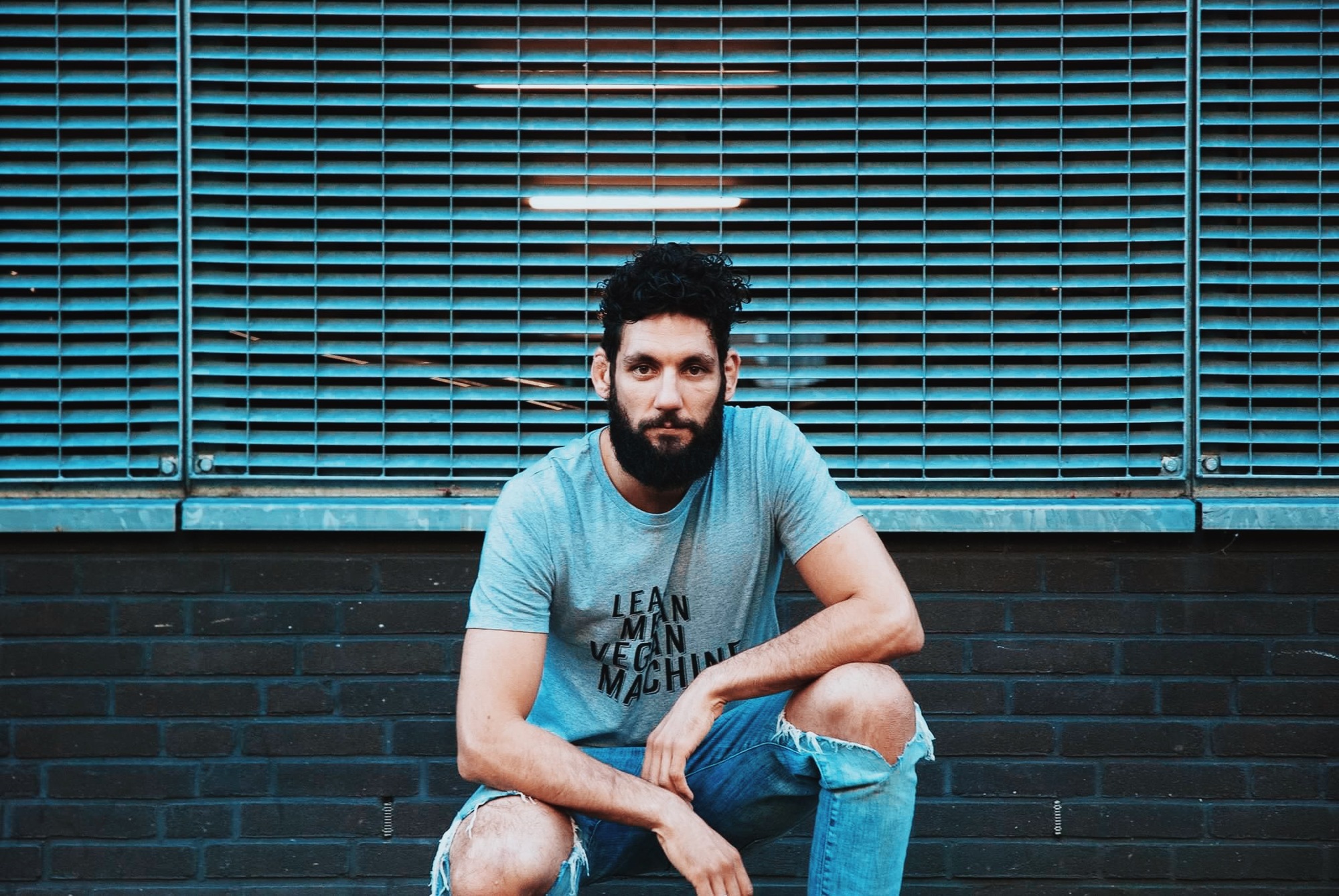 And what about us ‘non’ vegans?

Tom: You’re a bunch of devils! No, kidding! I wasn’t raised being vegan, so I know what’s it all about to be honest. There was a period in my life where I used to eat lots of meat, it was also because I thought I needed it being an athlete. I just hope for non-vegans that we can inspire them that even though you’re on a plant-based diet, it won’t stop you in the gym.

Cilla: I think it’s important that people consiously know what they’re eating, and what the causes are. Of course, I’m always ready to tell you about my lifestyle if you’re actually interested, but i’m not ‘that’ preachy-bitch-ass vegan.

Is there a vegan trend/ community in the city?

Tom: Obviously, the vegan world is like a little village, a cute little hub. Everyone knows eachother, and there are lots of Facebook groups, Food Festivals and vegan get togethers. It’s all very cosy!

Something you’re missing in this community?

Cilla: I think the community can loosen up a bit, it’s a bit too short-minded in many ways. You’re either a hardcore vegan, or you’re nothing at all. I think that’s a pity. With ‘Squatcilla’, I’m trying to always stay positive, and see it from the sunny side of life. I blog for both, vegans and non-vegans. I think it’s important to blog for non-vegans too, because you can actually inspire one another. 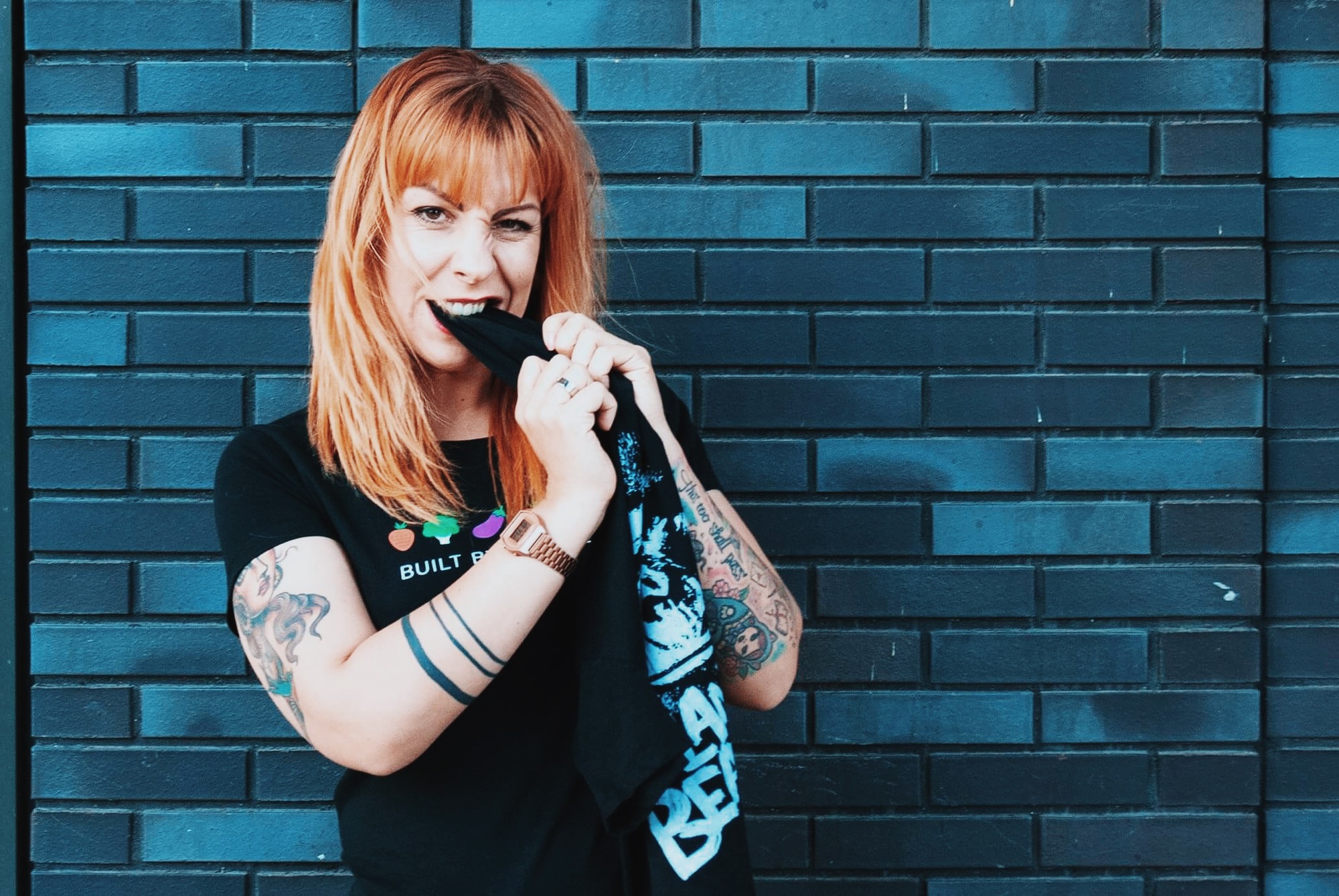 And then there was the plan for Vegan Animal, tell me everything about it!

Tom: Yes, it has always been running through my mind that I wanted to do something for the community, in a positive way. Ever since, I’m quite committed about our environment, animal welfare and health, I was looking for a way to carry it out. For me, as a designer, designing clothes is the best way to express my thoughts.

Cilla: And I’m able to enjoy my copywriting skills, and actually see people wearing our stuff. How cool is that?

What’s in it for the future? A movement perhaps?

Tom: Not necessarily a movement, but I do have in mind to produce the most sustainable brand in the world!

Last question. What did you guys just eat?

We’re wishing Cilla and Tom all the best of luck starting up Vegan Animal. Rawr!