Need to relax or looking for a place to play in Bucharest? Correspondent Diana makes us dive into a quite remarkable urban pool.

Swimming is rocket science to me. As much as I wanted to learn, I simply couldn’t. So, when I found out there is a pool in Bucharest where you don’t need to actually swim…well, let’s just say that Speedy Gonzalez became history. 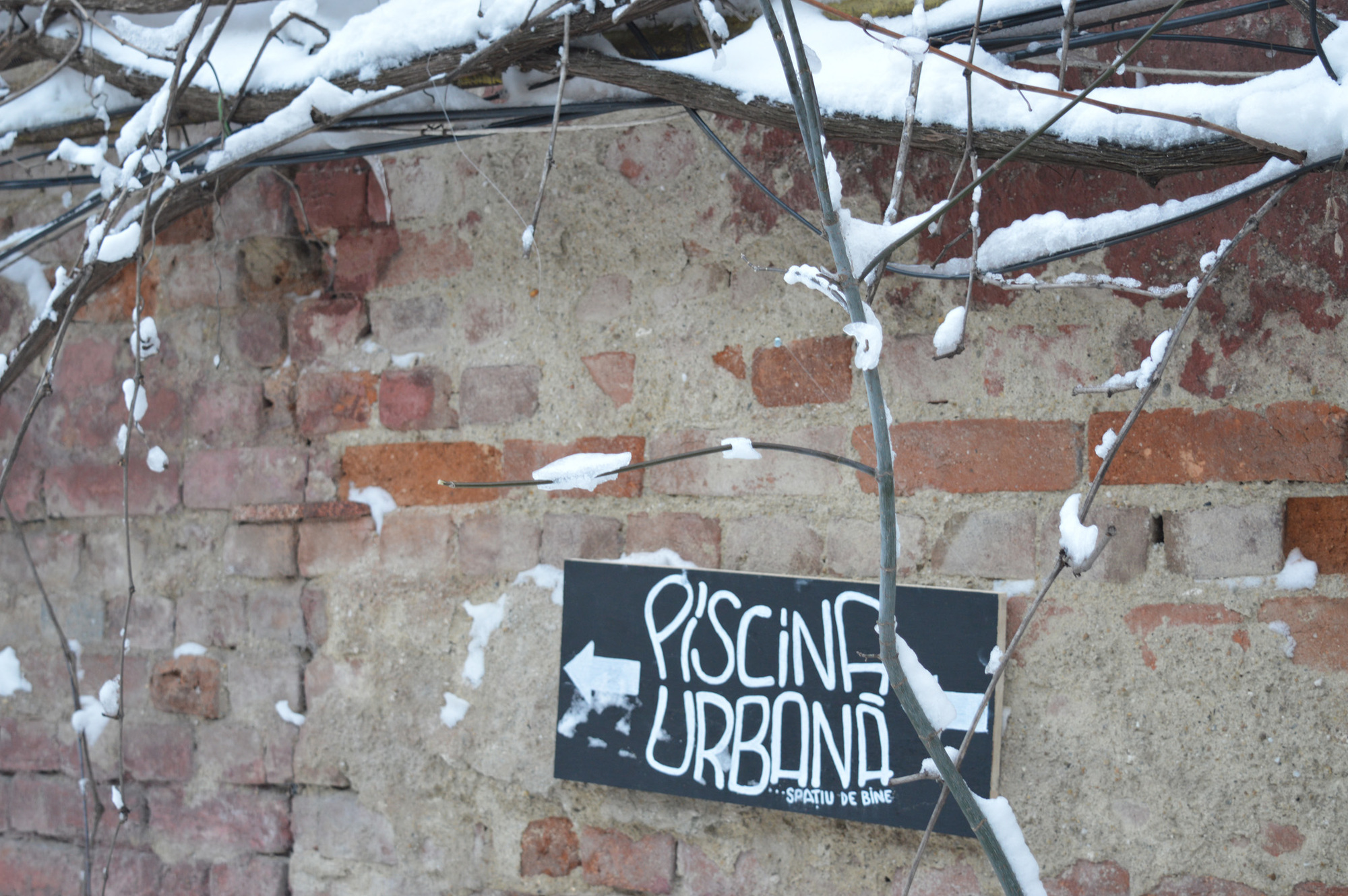 I got to Piscina Urbana (Urban Pool) as fast as I could and I met the two girls who had the brilliant idea of creating it. Their idea came from London, where they had seen a 81 000 ball pit and lots of silly adults playing in it. For London, it was just some creative agency activation, but the girls saw it as much more than that.

A European project later, they invested 25.000 euros in order to create the space and thanks to their advertising background, the place suddenly became a popular hang-out. The 100.000 balls imported from China became the relaxation spot of many corporate employees, who came here as part of a teambuilding project. 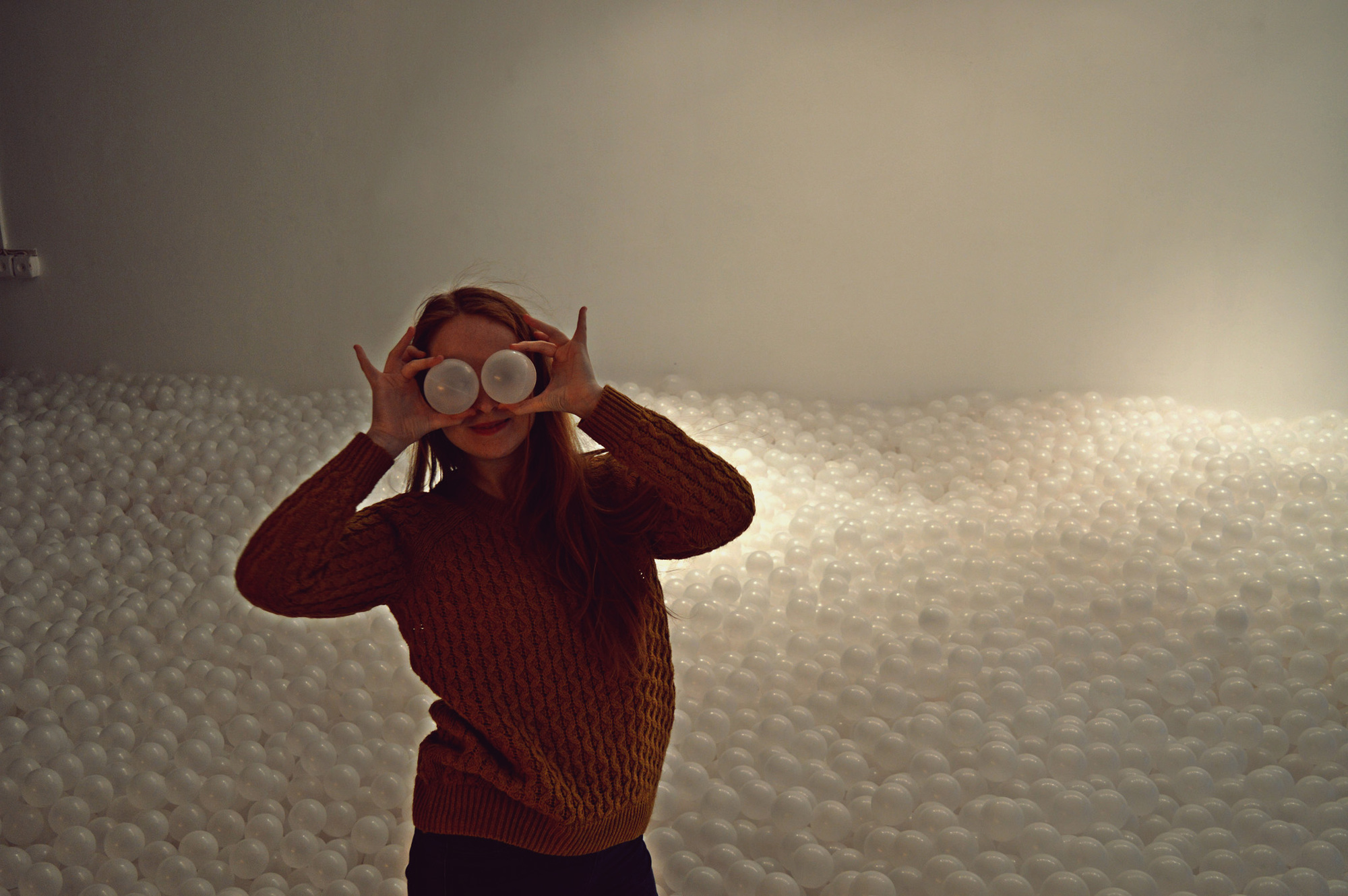 Actually, for 30 lei/person, up to 6-8 people can dive and splash into the sea of white balls.

The girls have even more plans related to Piscina Urbana. They want to expand and one of their most passionate desires is to make a mobile ball pool, so they can bring it to events and office buildings. Who knows, maybe if you ask them nicely, they could bring it abroad, too. 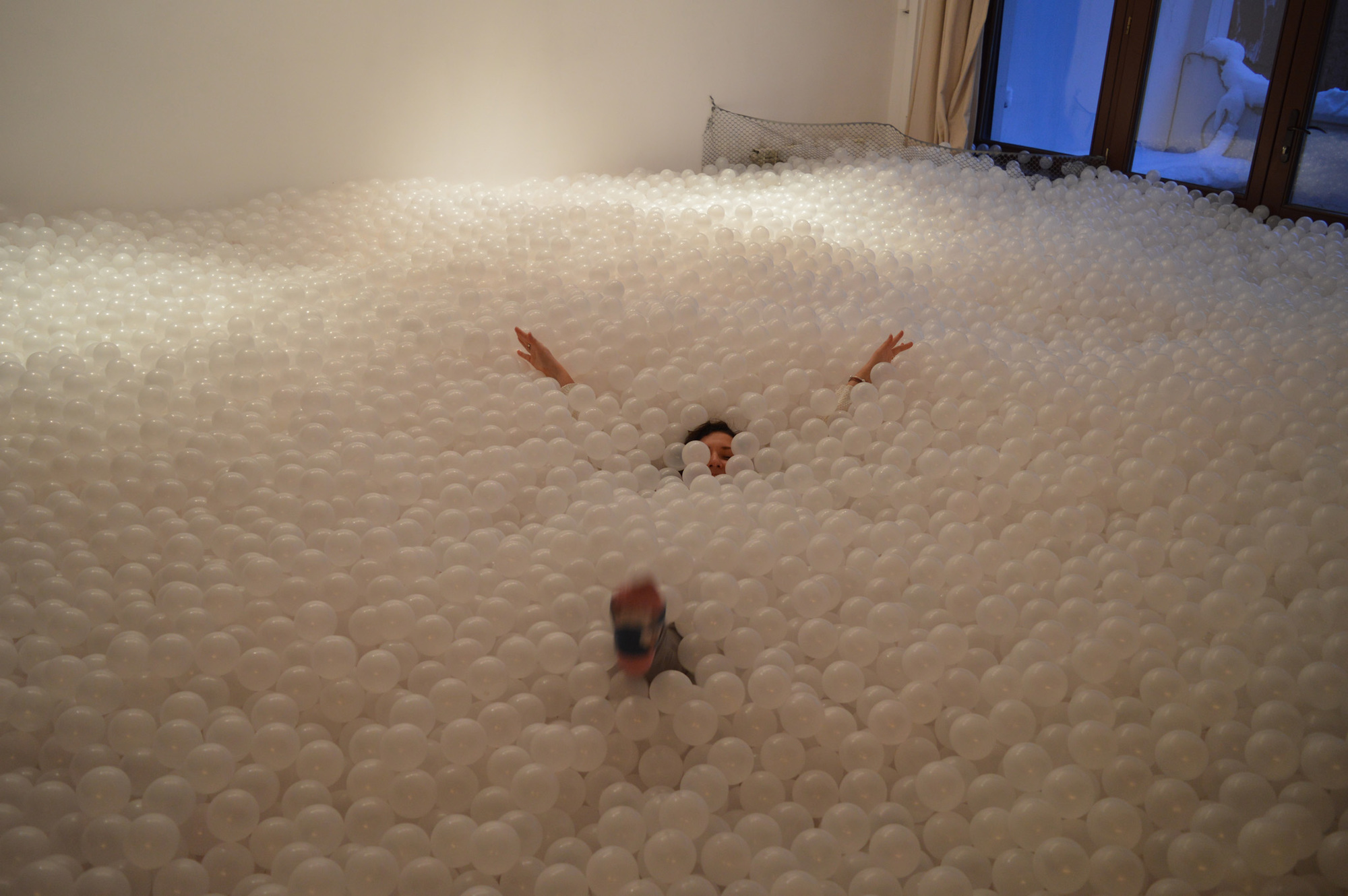 As fun as the idea seemed to me, I thought it might be also a bit childish, so my expectations were between “yeeeeeey” and “whatever”. But you know what I found there? A bit of “wooow” too, because it’s very fun to play, throwing balls at each other and use it as a very photogenic scene. We took lots of photos there and they all look so pretty, that I would totally recommend it for a photo shooting.

Besides the fun and the photos, you wouldn’t believe how exhausting playing it is. You can skip your fitness class after it. I mean it. Falling into the pool of balls and trying to stand-up, afterwards, well…it’s not so easy as it seems. 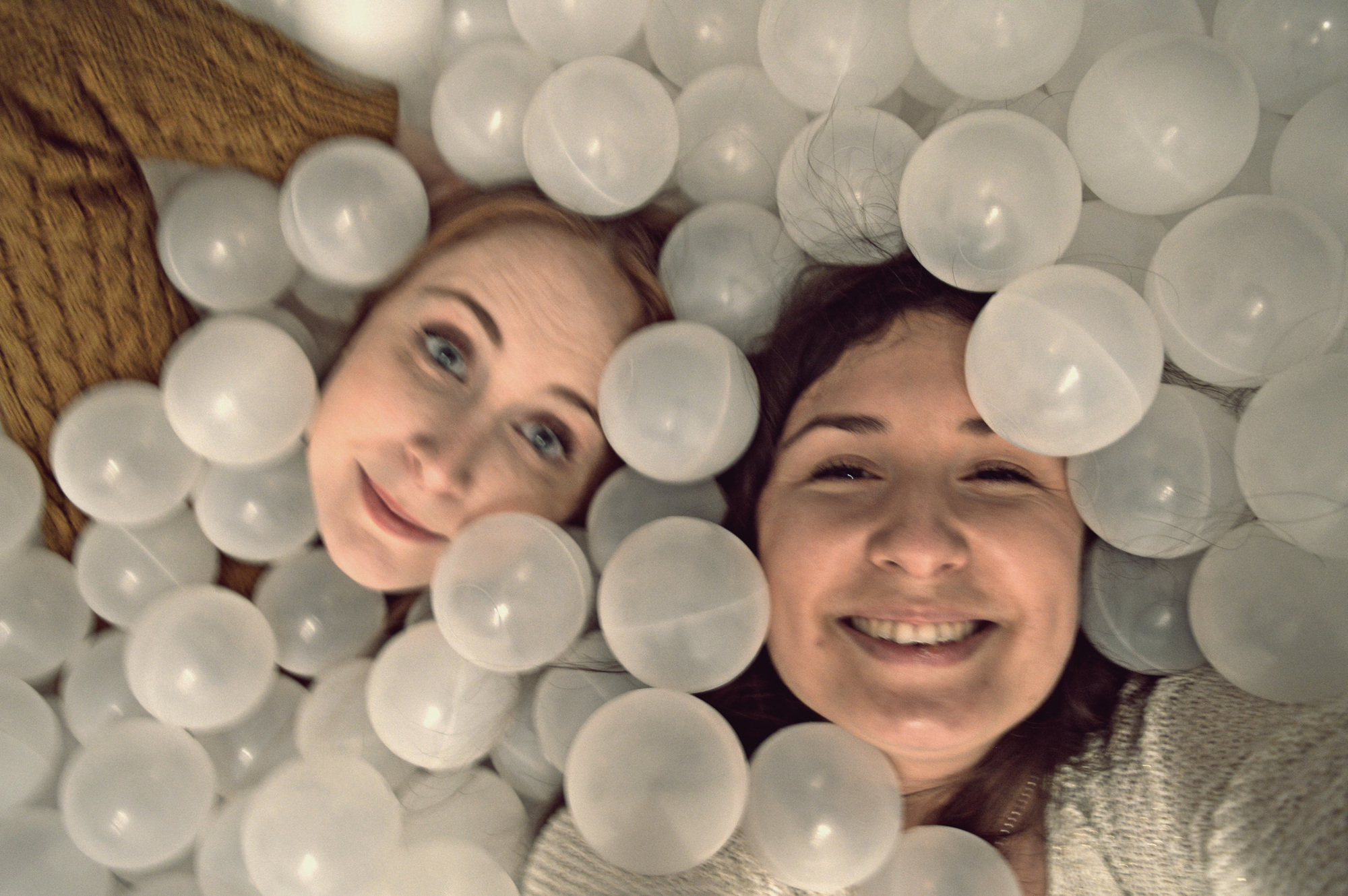 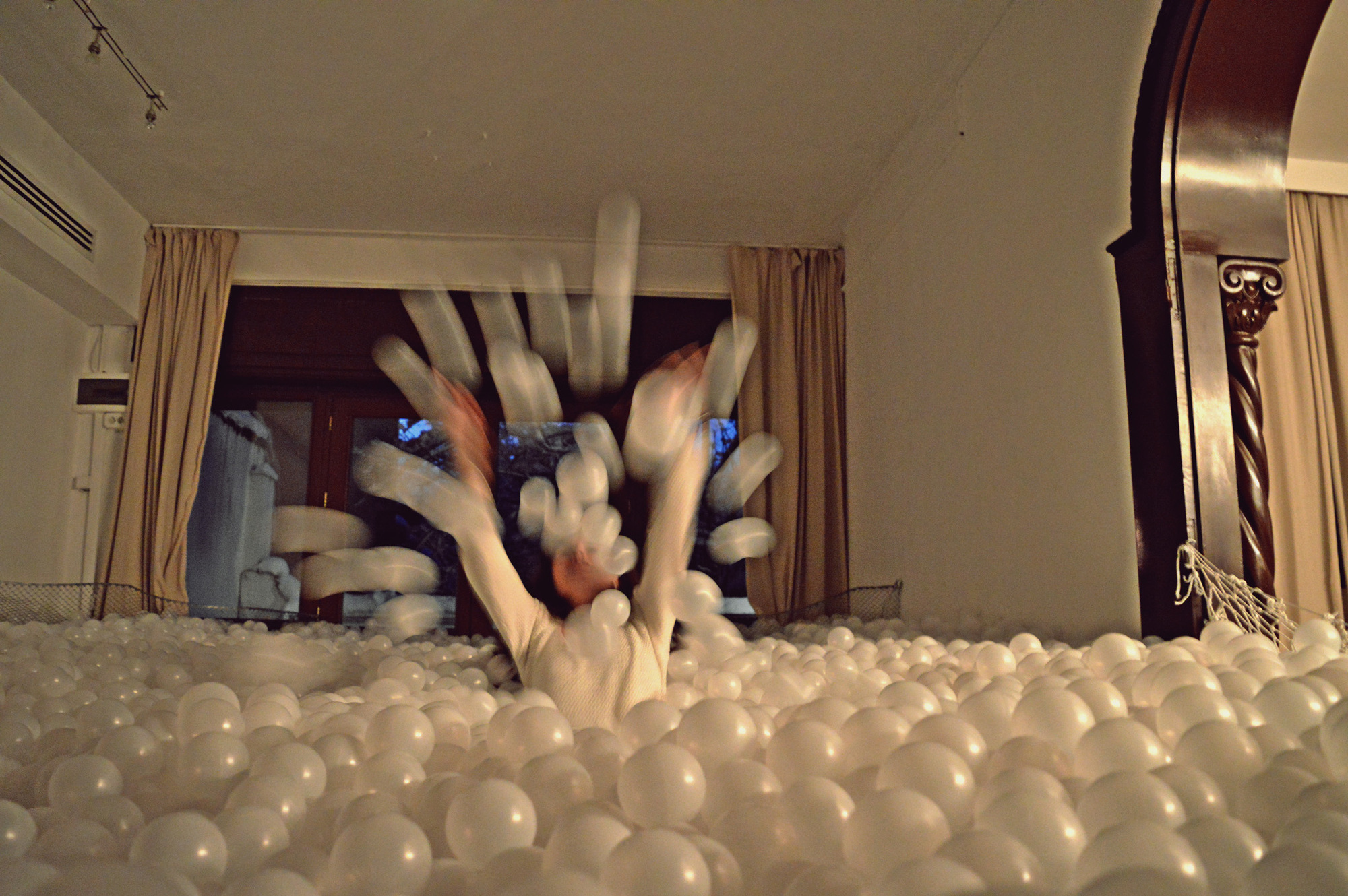 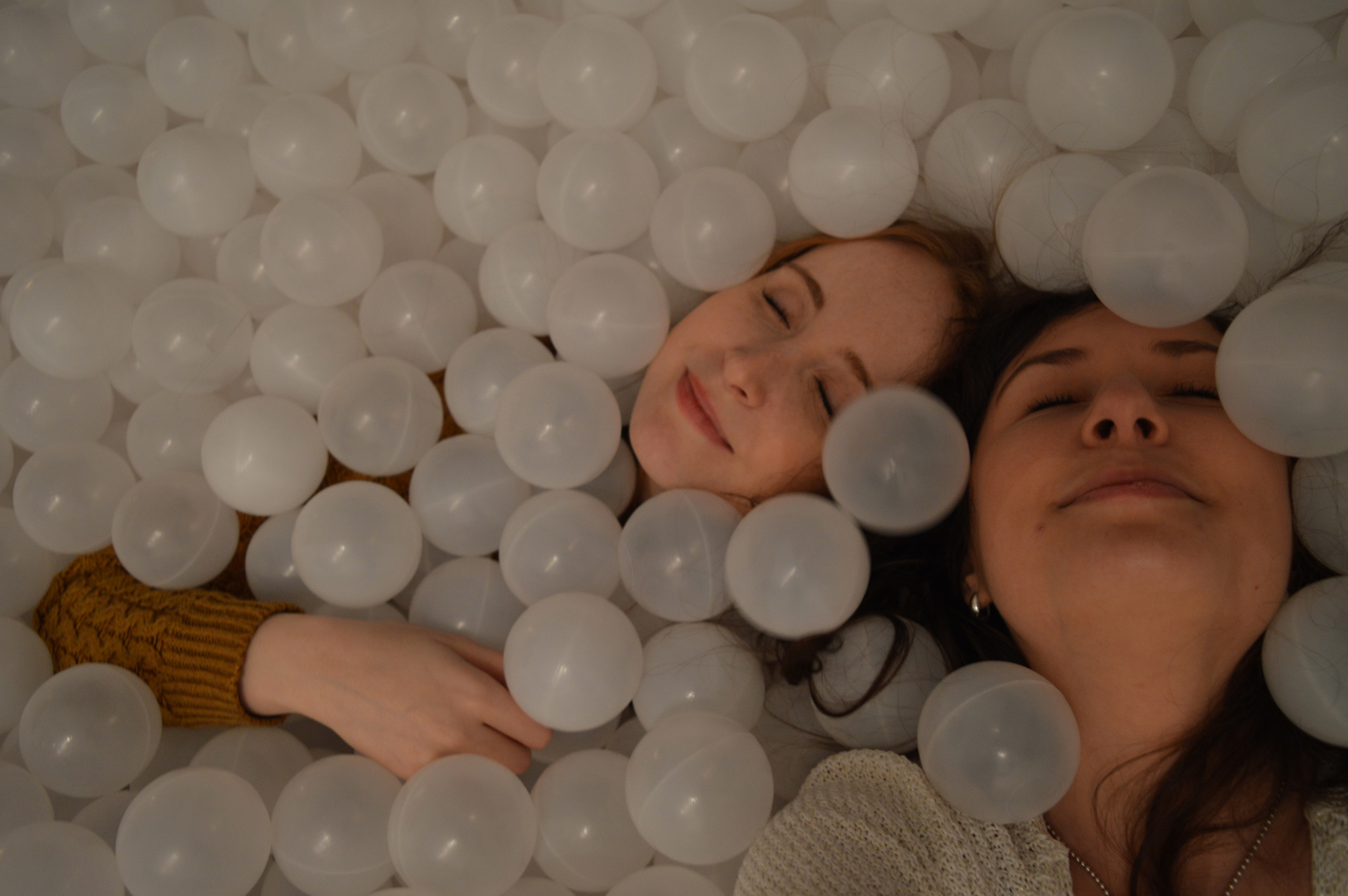 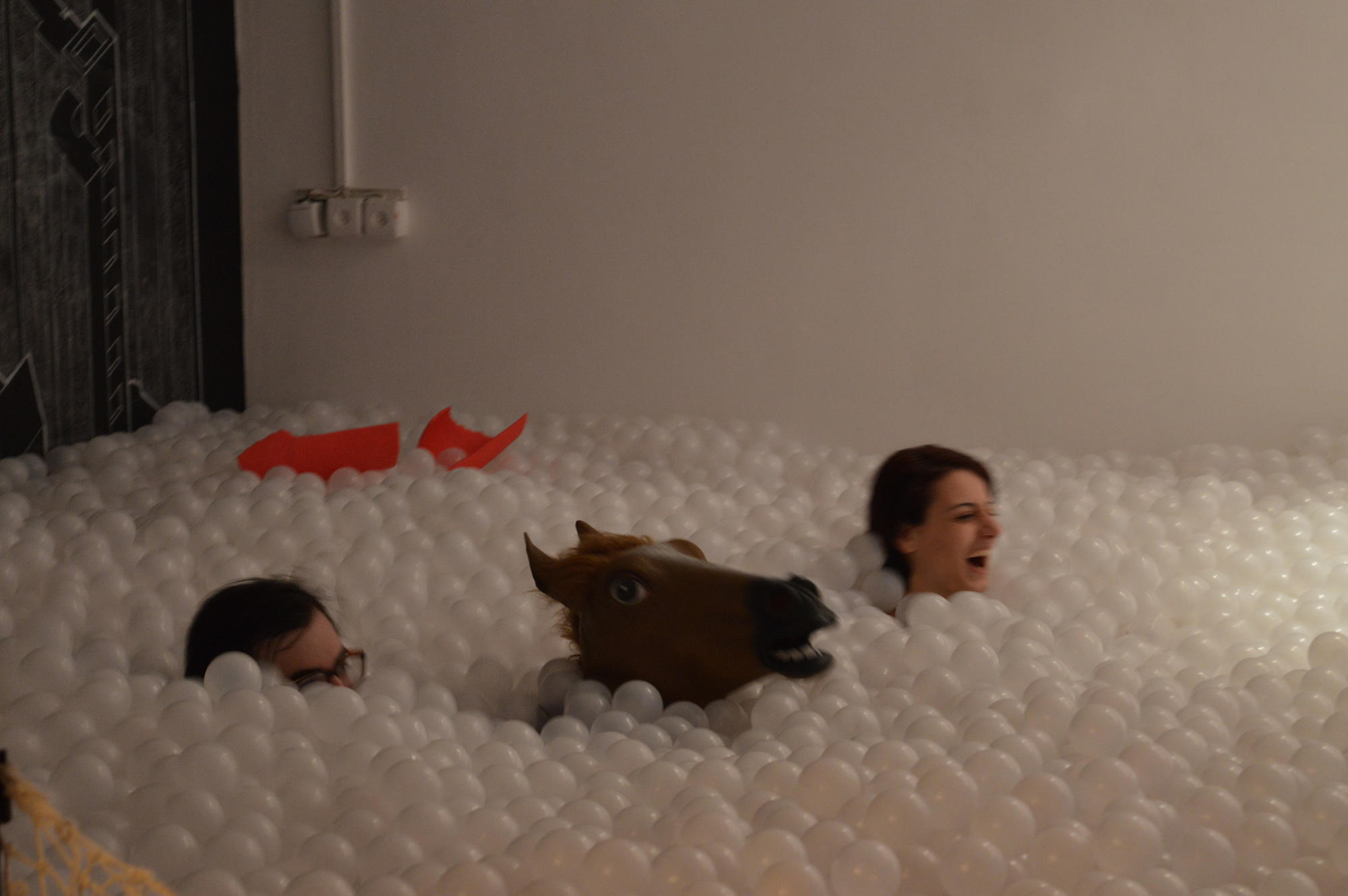 Piscina Urbana is now located in the heart of Bucharest, near Piata Unirii. But I sincerely hope that by the time you get here, they will have expanded their business. Until then, more and more people will be able to tell you how fun it is to dive into 100 000 balls and feel like an urban mermaid.

All imagery to the courtesy of Madalina Petrescu.