Blending past and present by exploring today’s Amsterdam through the eyes of Anne Frank.

The legacy of Anne Frank has been notably present in my upbringings. My boyfriend and I both went to the same elementary school Anne Frank went to and some of our classmates’ grandparents used to be Anne’s classmates. The Frank family lived only a few blocks away from where I grew up and also from where I live now. In her worry-free days Anne and her friends would buy their ice cream at the snack bar ‘De Oase’, where my friends and I also bought our ice cream.  And thus I somehow feel connected and intrigued to know more about that young girl living in my neighborhood some 80 years ago.

Therefore I put the Anne's Amsterdam app to the test to see what else I could discover about the Frank family and what it was like being a young Jewish girl when the nazi's ruled Europe.

The Anne’s Amsterdam app takes you through the city and lets you discover how Anne Frank lived, played and grew up in Amsterdam. The app contains a GPS map directing you to significant locations where you can digitally pick up a part of Anne’s story. These ‘parts’ contains of unique interviews, films and personal photos, all guided by a story.

There are 30 items to be collected in total. The stories are available in English, German and Dutch. To give you an idea of what this journey is about, I’ll share 3 items that I've found in my neighborhood. The rest you’ll have to discover on your own.

The bookshop where Anne Frank had gotten her diary from is still here today. She had a great passion for writing and considered her diary to be her best friend. It became her fantasy friend that she named Kitty.

Kitty kept her company in her long boring days at the 'achterhuis'. Her big dream was to become a writer some day. Little did she know Kitty would be read by millions of people even years after her death. 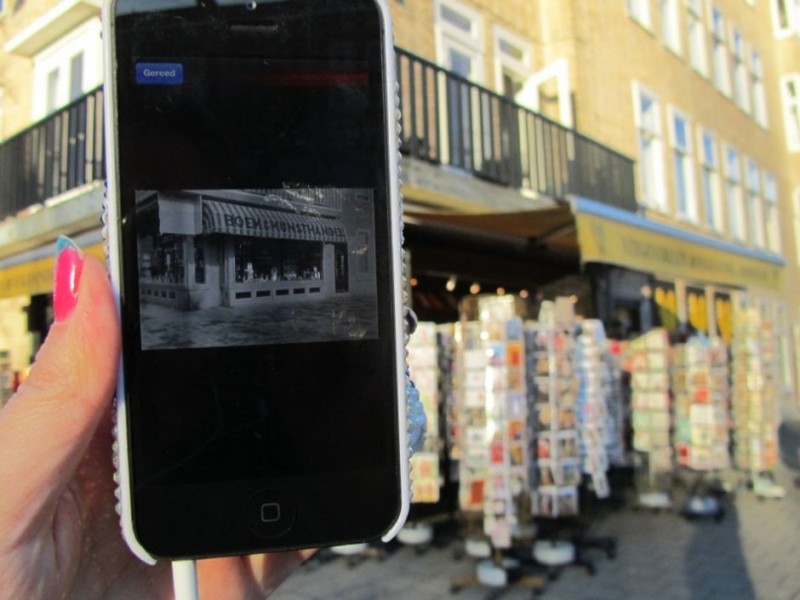 In her diary she would write about her school friends. Jacqueline was one of those friends. She would organize movie events at her house because Jewish people were prohibited to visit the theaters. This ban was not initiated by the nazi's but by the Dutch Cinema Association. Anne and Jacqueline used a pen, paper and scissors to make their own movie tickets and send them around to their classmates. Their favorite movie being Rin Tin Tin. 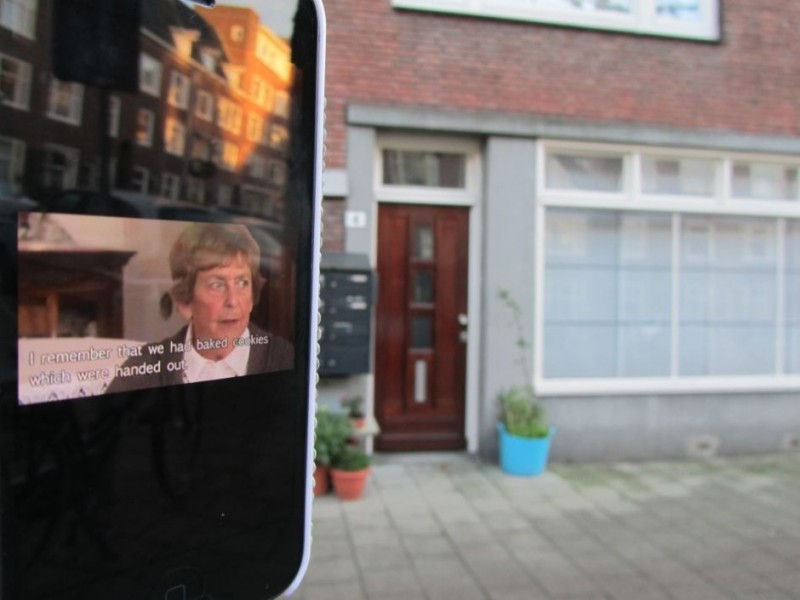 Right across the street from Jacqueline's house lived Miep en Jan Gies. They were the Frank's family trustees and helped them to go into hiding. Miep had found Anne's diary in the 'achterhuis' after the Franks were deported by the nazi's. She kept it at safe at home in the hopes to give it back to Anne some day.

In 1945, when the war ended Otto returned to Amsterdam and stayed with the Gies family awaiting his daughters homecoming. Miep had learned from a nurse who had stayed with Anne and her sister Margot that they had not survived the camp. Miep handed over the diary to Otto with the words 'This is the legacy of your daughter'. 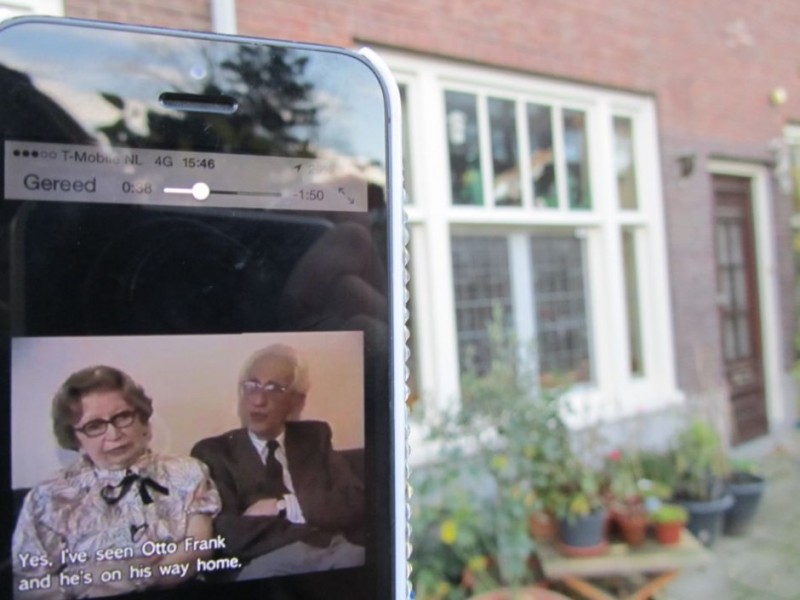 Anne's Amsterdam is a beautiful mobile app that takes you on an emotional journey and helps you comprehend what Amsterdam must have been like in 1940-1945, especially for the Jewish community. The rich amount of stories, images and videos make it seem as if this all happened not so long ago.

Anne Franks Amsterdam Mobile App has won a Webby Award and has been made possible by Repudo and LBI. They donated it as a gift to the Anne Frank Foundation.

As you’ll need mobile Internet to use this app you might want to consider going with a Dutch friend to save on data-roaming costs. Or contact Citinerary to meet a local who’s up for this journey. It's an absolute must experience.