Art of the Brick

Nathan Sawaya went from being a lawyer to being world’s first LEGO artist. He rediscovered LEGO not as a toy but rather as a medium. Bitten by the creativity bug he made it his full-time devotion to turn LEGO into a career, and it’s anything but child’s play!

Citinerary was invited by the Amsterdam Expo for the press opening of the Art of the Brick exhibition – proclaimed by CNN as one of the world’s 10 must see exhibitions - this was one invitation we would not want to dismiss.

Nathan Sawaya transforms thousands of pieces of colored plastic into beautiful playful conceptualized 3D art. In fact, he is the first artist ever to take LEGO into the art world. Many artists have followed his footsteps and used LEGO to create amazing art. Yet The Art of Brick is the first exhibition focusing exclusively on LEGO as an art medium.

The exhibition exists out world famous paintings and sculptures by bricks and Mr. Sawaya's own conceptual LEGO art works.

I first learned adjectives through School House Rock. I learned how to count through Sesame Street. I learned about gravity through my Slinky. Imagine if a child learns about art history through LEGO®!


Art of the Brick will be running until September 14 2014 at the Amsterdam Expo, to order tickets click here.

To give you a glimpse of what to expect we’ll give you a peek of some reimagined world famous historical Dutch art. We don't want to ruin the fun, the rest is for you to discover… 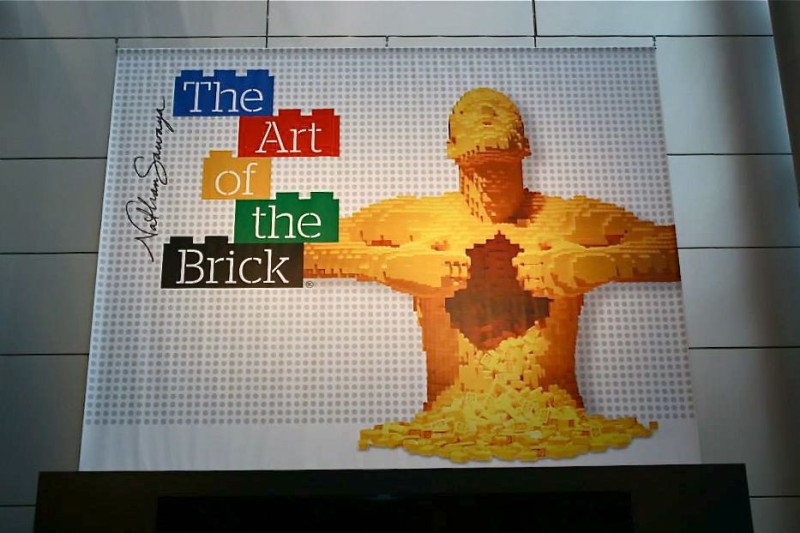 Nathan used 1,948 LEGO bricks to mimic a self portrait by Rembrandt.
"I really wanted to focus on the lighting for this particular brick replica version. The colors chosen were to represent the warmth of the original, whilst ensuring the look of Rembrandt's face was still accurate and a bit imposing. The specs of brown at the top of the painting are to suggest the outline of a hat, which can be barely seen in the original painting." 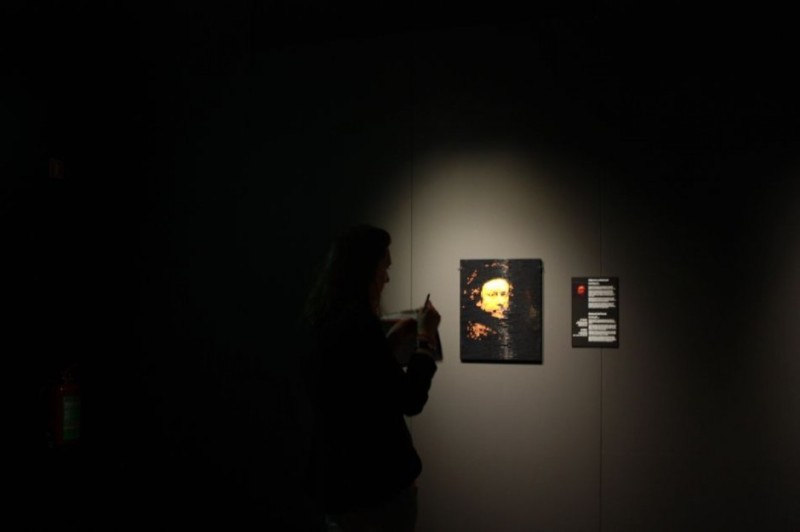 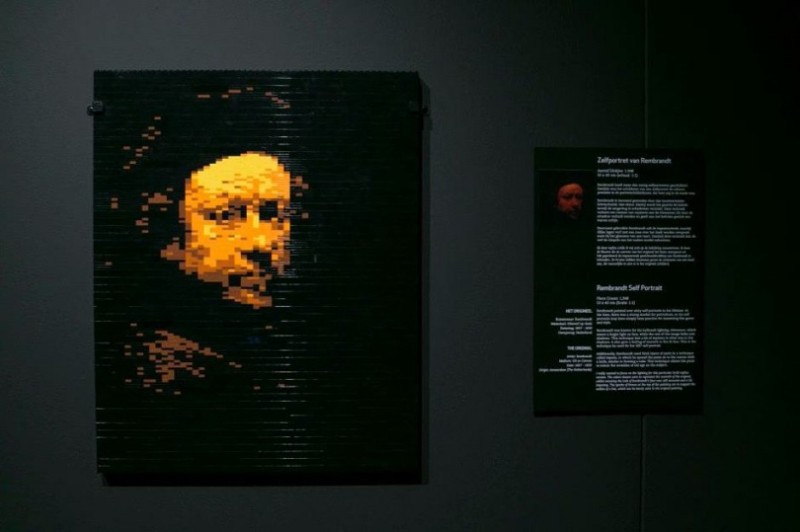 Starry Night by van Gogh is one of the best known paintings in modern art. There is a lot of depth in the brick replica version, Nathan used at least 3,493 LEGO pieces. 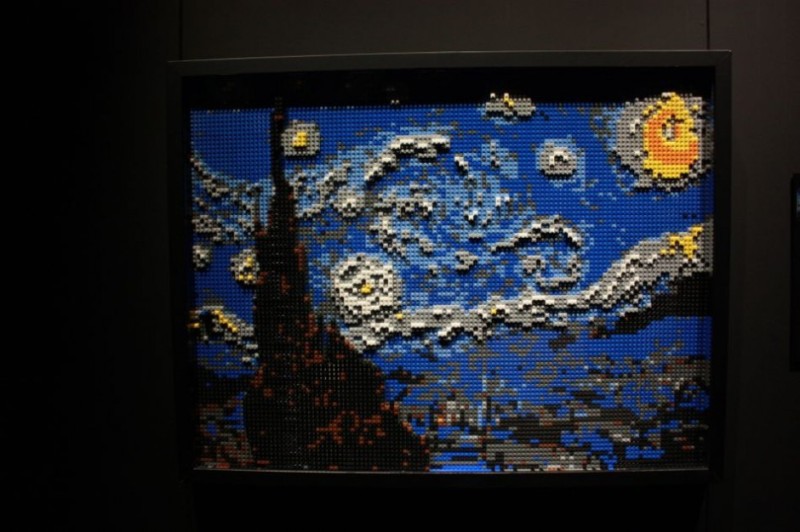 Johannes Vermeer most beloved art work 'the Girl with a Pearl Earring' was painted in 1665 and redone with 1,694 LEGO bricks. 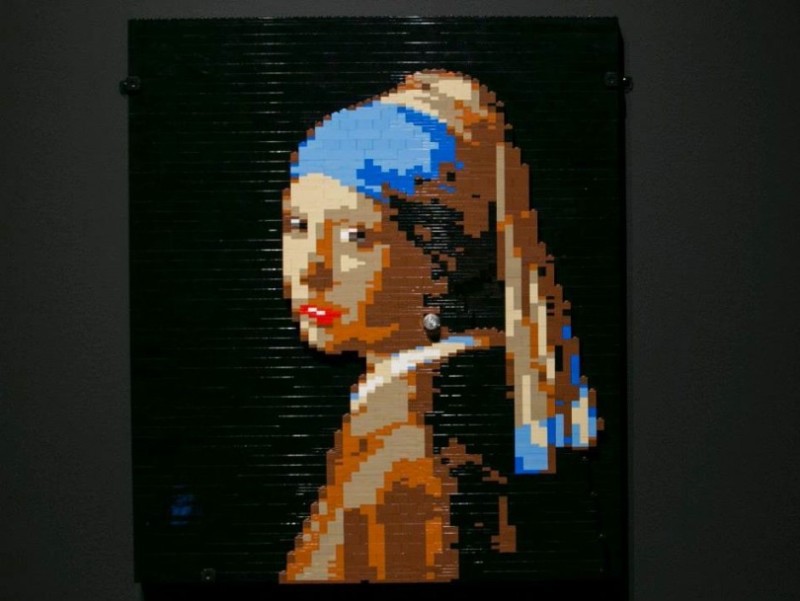 There's lots more to discover! From giant a giant T-rex dinosaur to an ode to Jimi Hendrix. 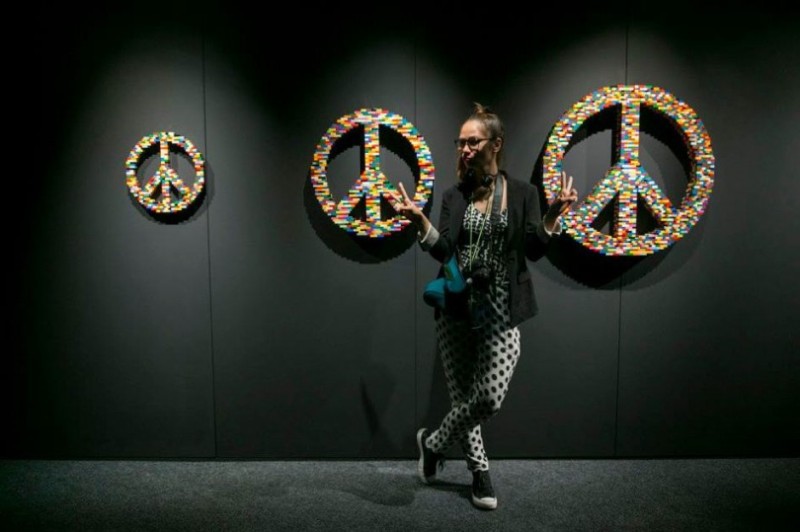 Thank you Nathan Sawaya, thank you Amsterdam Expo! It was amazing. 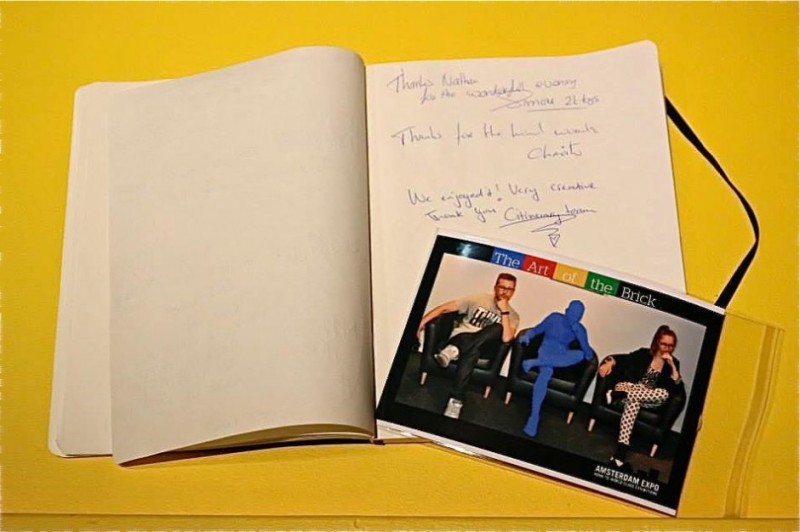 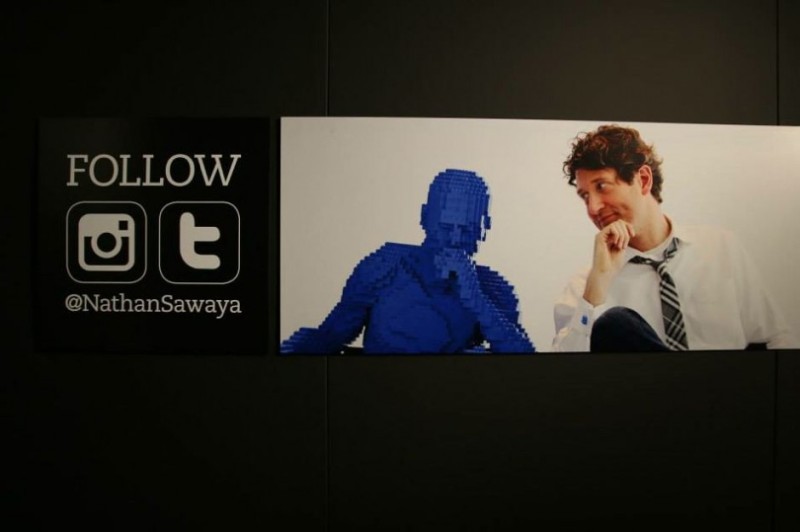 A special thanks tovSander Busser for the photographs IG: @supasander