Last Thursday a light artwork, by world’s most famous and elusive street artist Banksy, illuminated the walls of one of our monumental prides, the Rijksmuseum. And for a very good reason!

Banksy teamed up with international humanitarian organizations to draw attention to Syria’s abhorrent conflicts that have been going on for three consecutive years. The aim with #WithSyria is to call on international communities to stand with the Syrian's in their everyday struggle.

Banksy reworked his iconic ‘Balloon Girl’ into a Syrian girl wearing a veil. The artwork was projected for only a few hours on 30 monumental buildings around the world. The Rijksmuseum was projected simultaneously with the Eiffel tower, Sydney Opera House and the Red Square in Moscow. It’s very rare for Banksy to collaborate with anyone, but the situation in Syria really affected him, as nearly half the Syria's population has fled its homes in fear and well over 100,000 unarmed people have been killed.

A statement on Banksy's website recalls 15 children who were arrested and tortured for painting anti-authoritarian graffiti in the town of Daraa in southwestern Syria in March 2011.

'On the 6th March 2011 in the Syrian town of Daraa, fifteen children
were arrested and tortured for painting anti-authoritarian graffiti.
The protests that followed their detention led to an outbreak of violence
across the country that would see a domestic uprising transform into a
civil war displacing 9.3 million people from their homes.'

Visit withsyria.com to join the movement and show your support. We're happy Banky's #WithSyria Amsterdam has been picked up well. 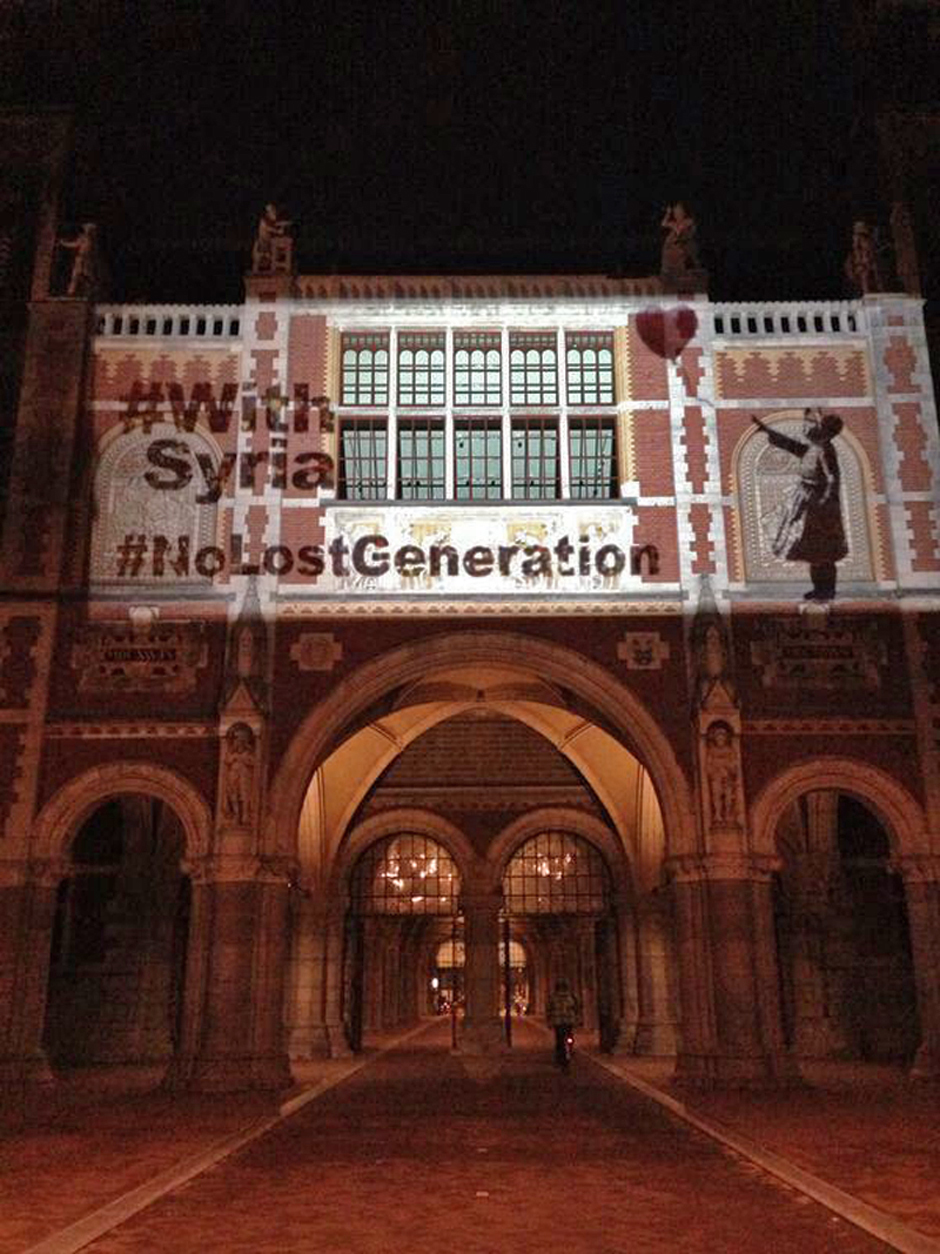 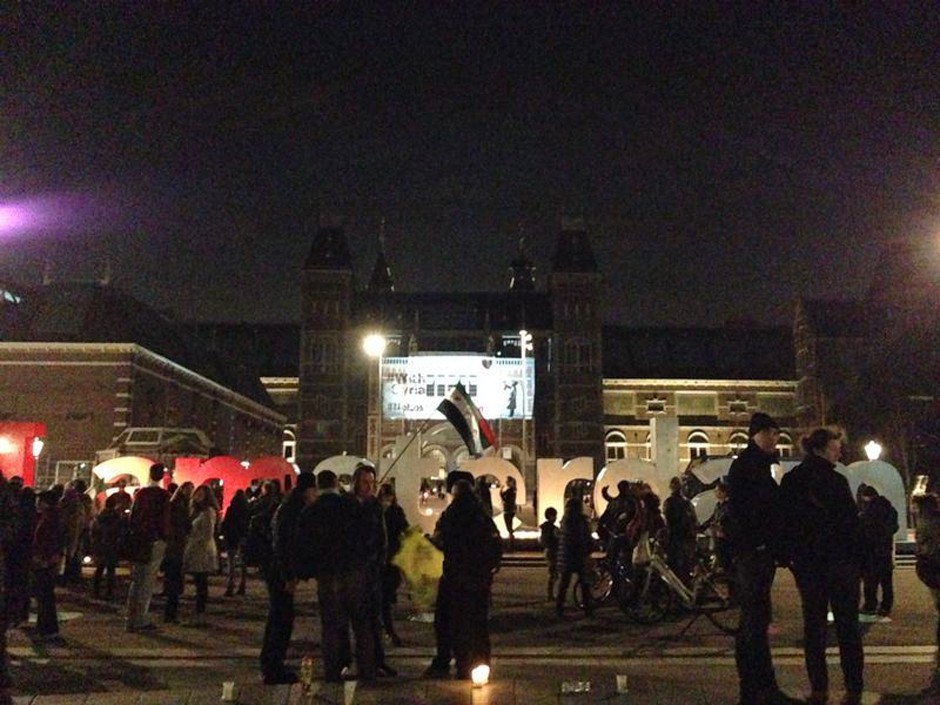 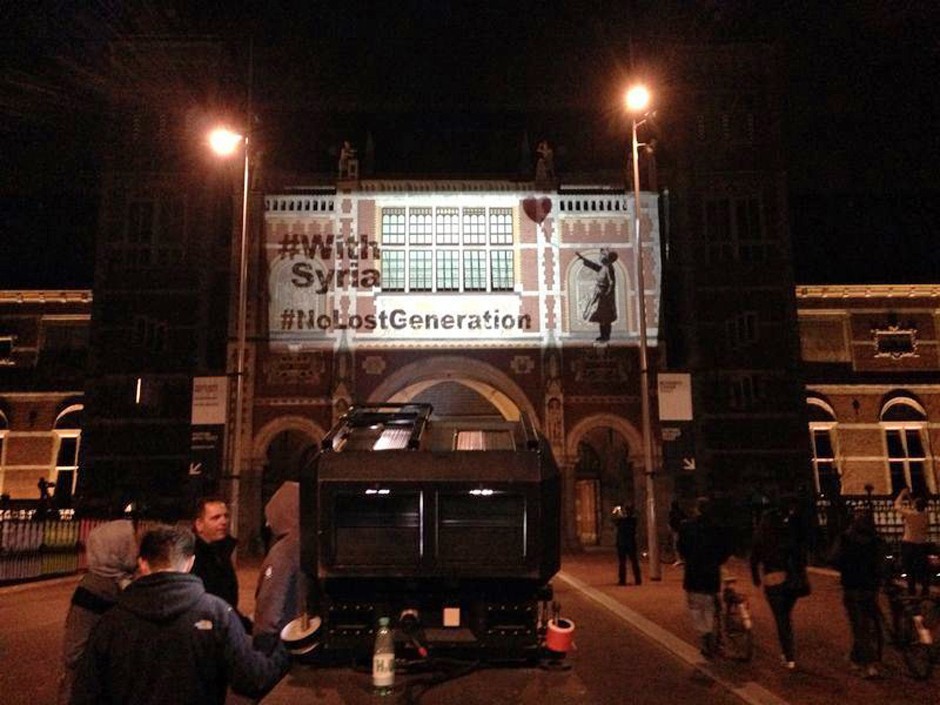