Our new correspondent Jan Arsenovic has dreamt of living in Amsterdam and now it has become a reality. Capturing its beauty beyond its famous canal houses.

Several years ago, I fell asleep on a plane to Amsterdam. When I woke up, I was already living there and a postman wanted to give me a “pakketje voor de buurman”. Okay, that’s a lie.

I remember my first visit to Amsterdam. I went out of the train station and just stood there in awe. Everything was so… different than anything I had ever seen! The following seven days I was wandering around the canal ring and taking photos of basically every canal house I would come across.  And that’s a lot of houses. I fantasized about moving to Amsterdam just to be able to walk along the canals every day.

Amsterdam is a city that either makes you want to live there or just tick it off your travel list and move along. For me, it was the latter, and some years later, I did move to Amsterdam. Spoiler alert: once you can take a walk along a canal every day, it’s no longer interesting. I mean, it’s still nice, but unless that’s your immediate neighborhood, it doesn’t always pay off to wrestle with the hordes of tourists (who are, conveniently, also fantasizing about living there just to be able to walk along the canals every day).

As a working photographer, I also needed variety: you can’t just do every type of shoot in the picture-perfect postcard of the old city center. No matter how pretty the scenery is. 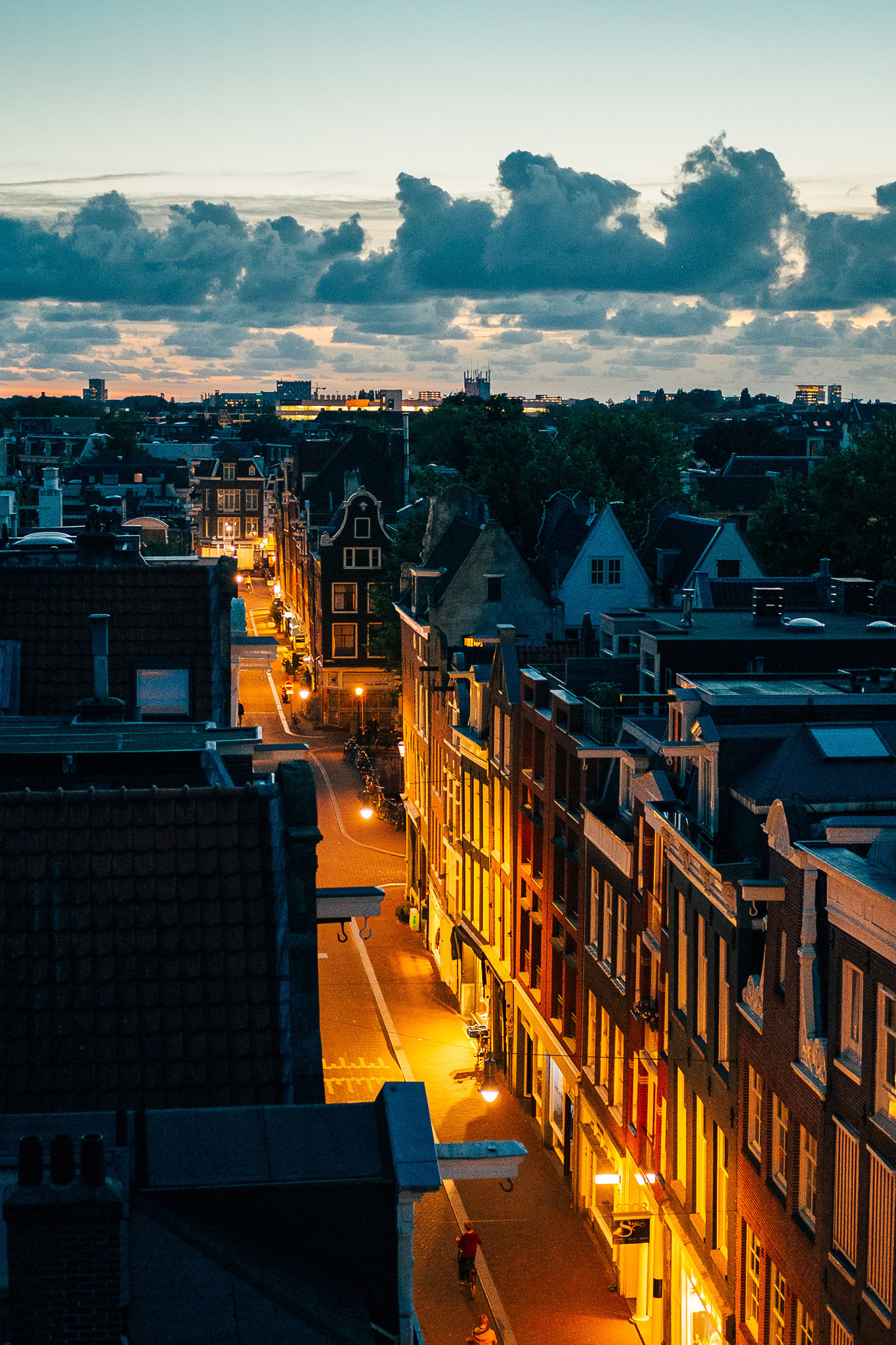 It’s no Scandinavia, but the Netherlands is quite famous for its industrial design (and design in general), as well as architecture — from Renaissance and Gothic to De Stijl and Amsterdamse School, to glossy modern buildings (like the ones in Rotterdam). 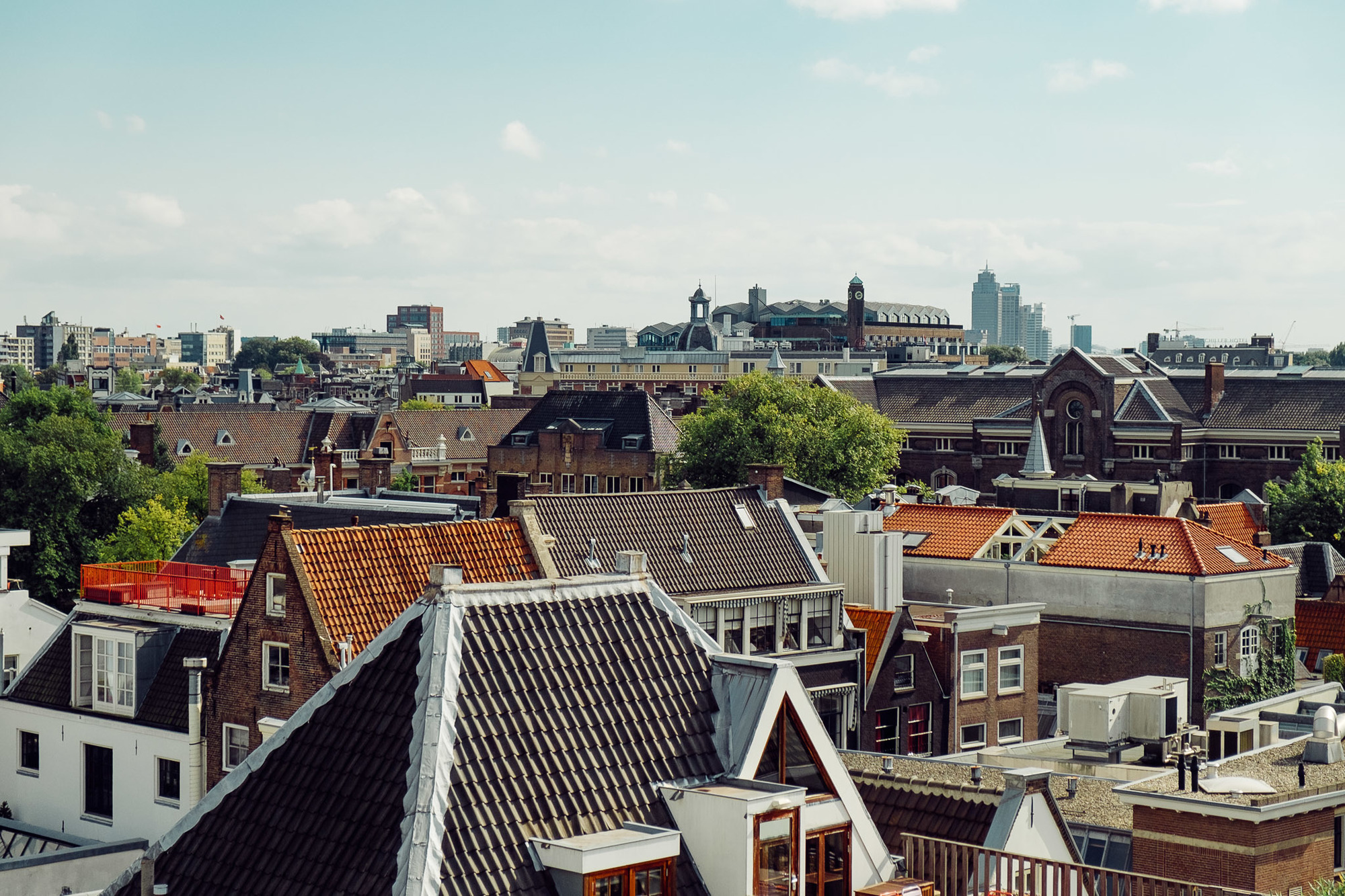 Amsterdam, however, looks pretty homogenous. The city regulates the height of edifices, ensuring that its skyline looks harmonious. You won’t find boisterous high rises here, at least not in the city center.

My photography work is usually centered around architecture. Apart from providing different backdrops for portraiture and editorial work, it can also tell a lot of stories about a place, its values, and its history. 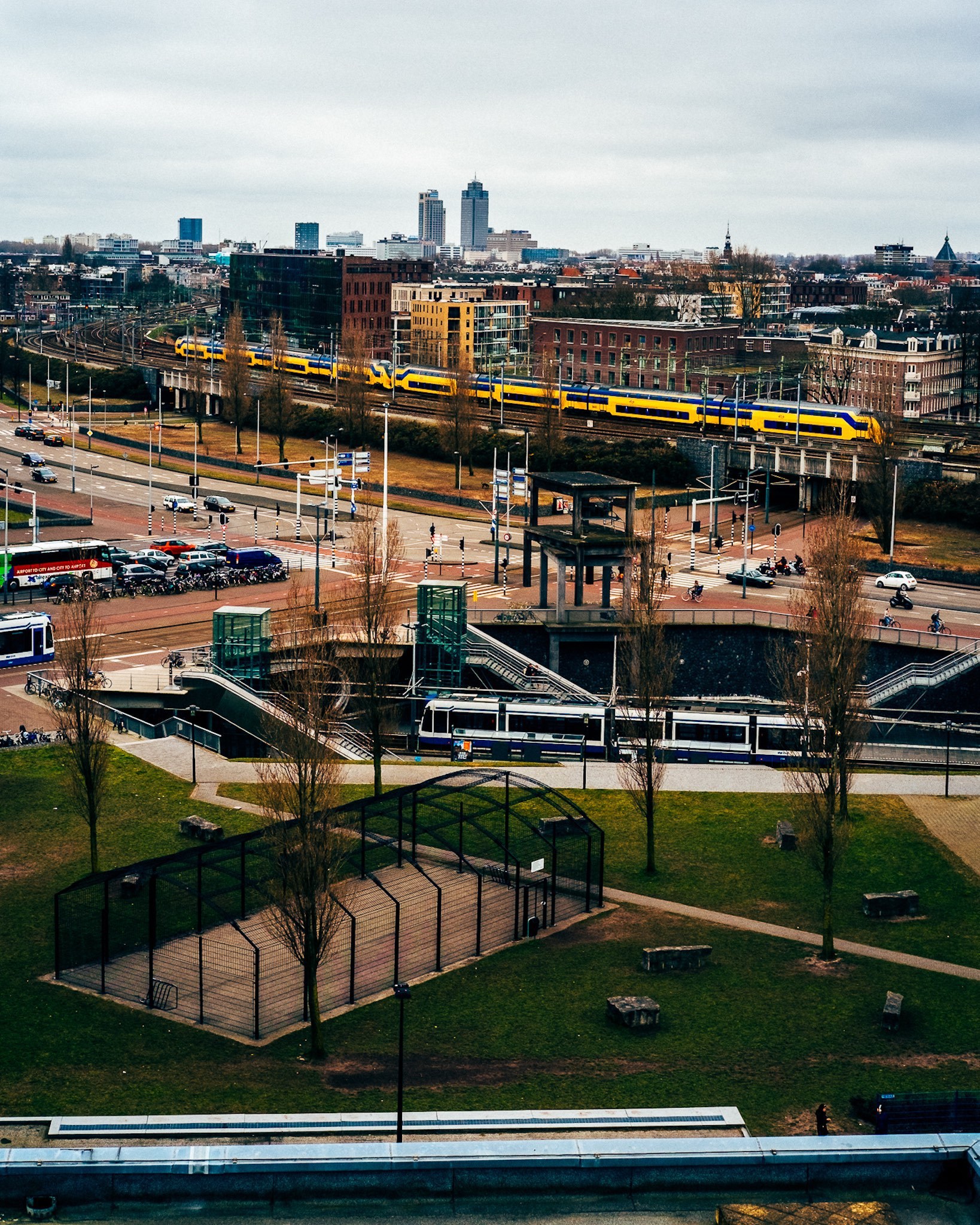 It is hard to find a higher vantage point in Amsterdam. This photo was taken from the tower of the Lloyd Hotel. The buildings on the horizon are business skyscrapers next to the Amstelstation. 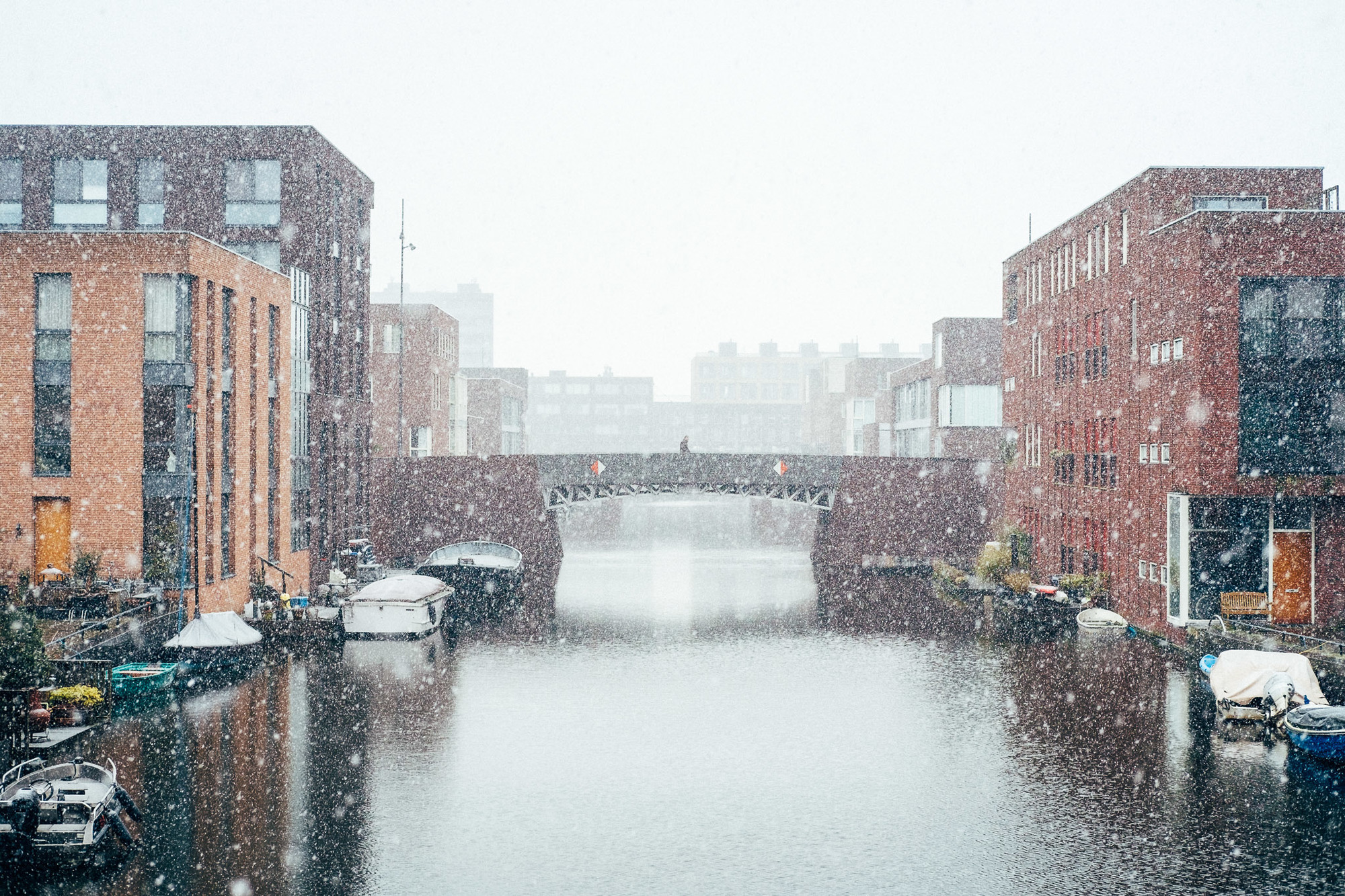 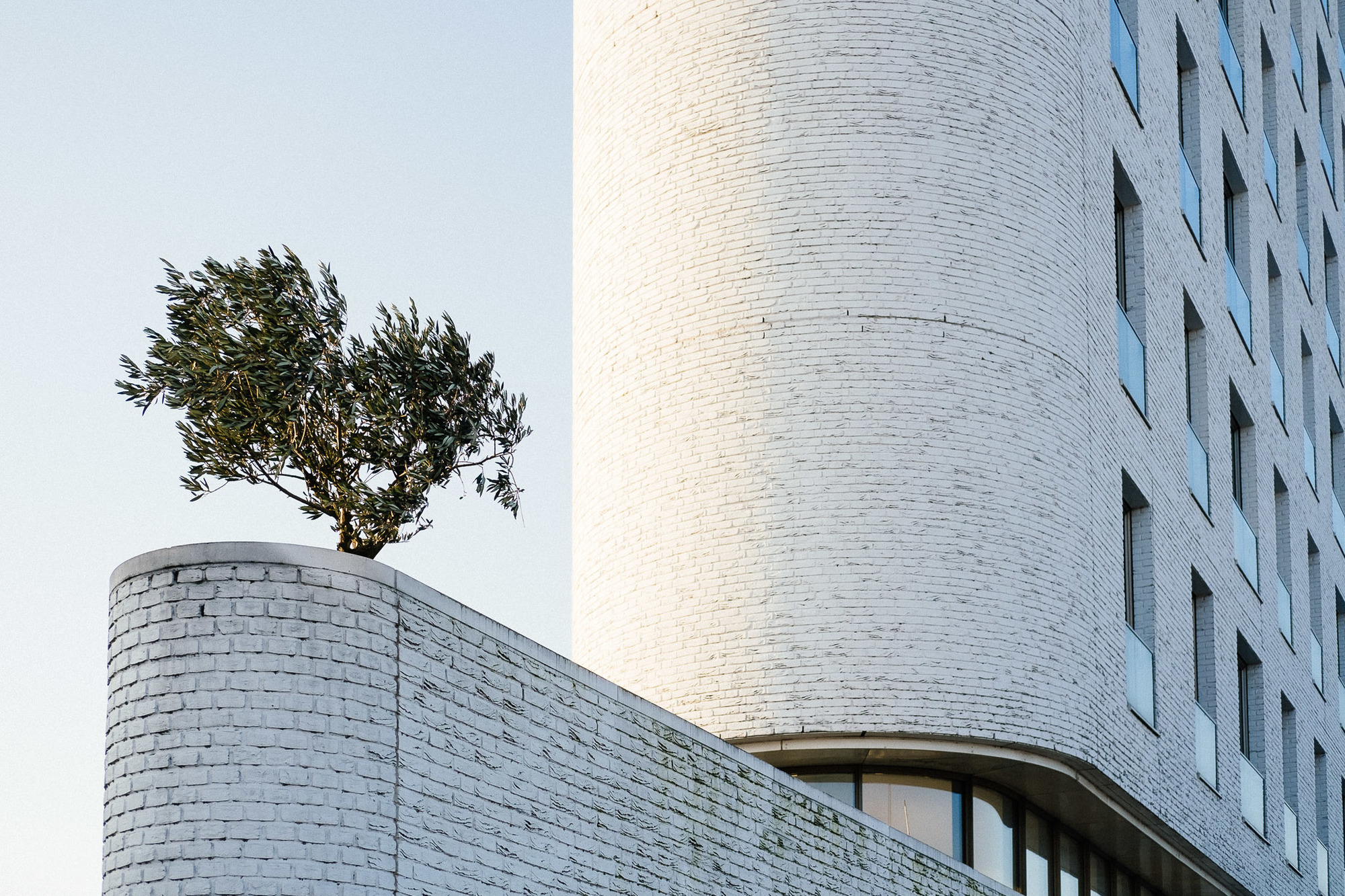 East of the city center there are newer residential developments. IJburg is a neighborhood built on (so far) six artificial islands. Although the majority of buildings are fairly short, the flats are more spacious and the buildings are modern (albeit, somewhat generic). 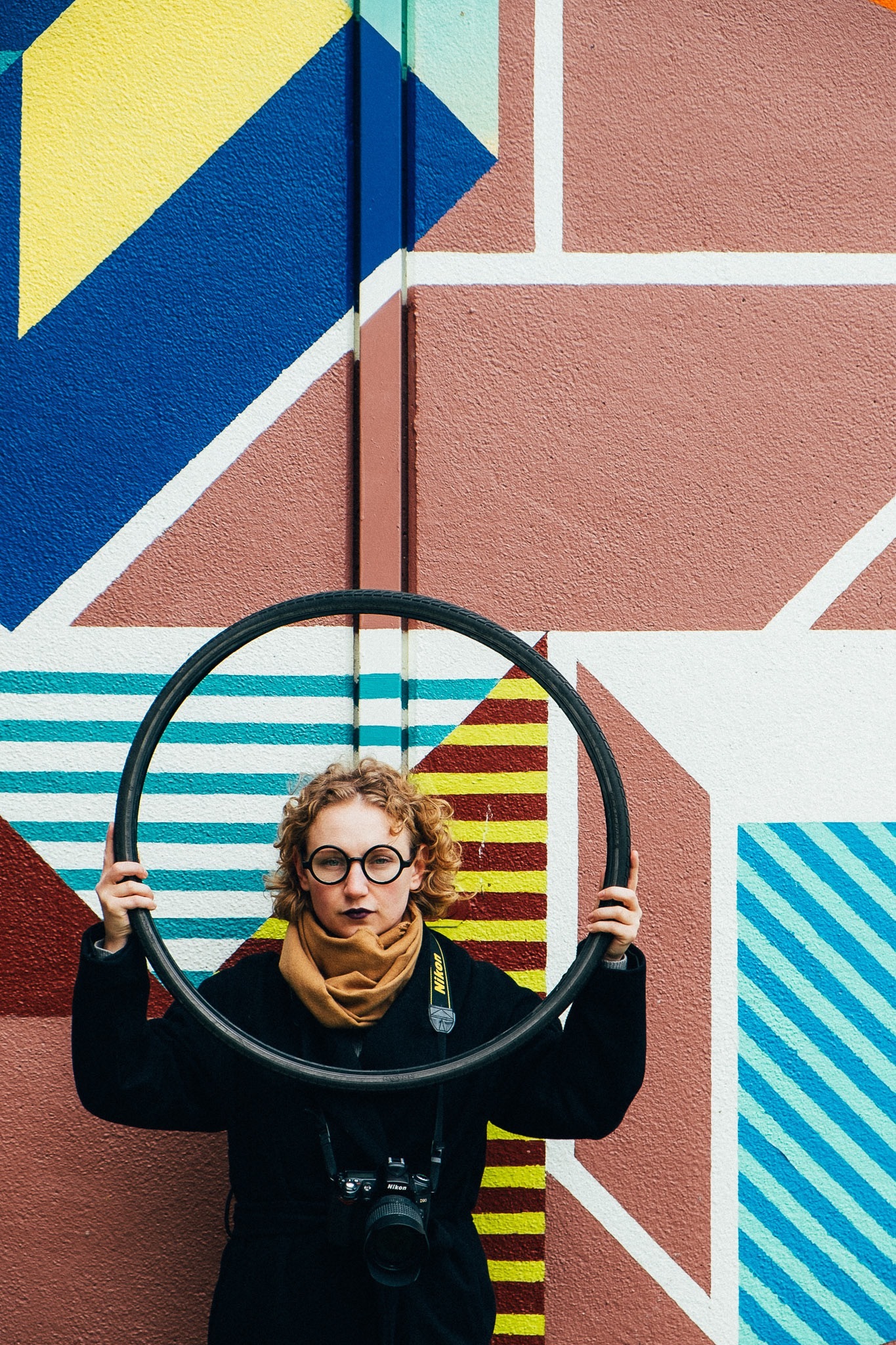 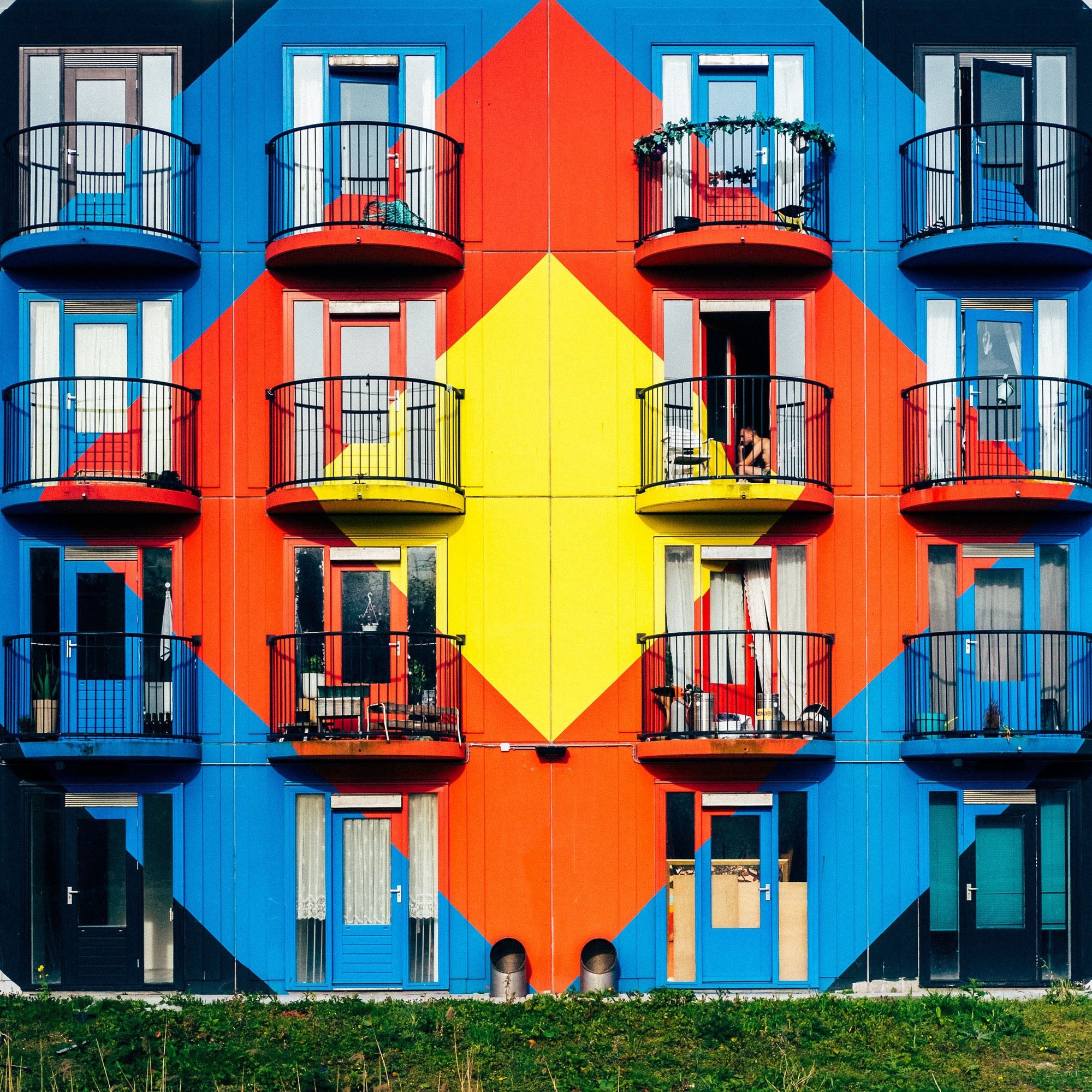 Amsterdam South-East is a neighborhood with quite a past. Built as a city of the future in the sixties, it has quickly turned into an area of the poor and underprivileged and suffered a horrible plane crash in the nineties. Now it’s home to many urban renewal projects and new developments attracting younger people. The area is also interesting to different artists and activists. 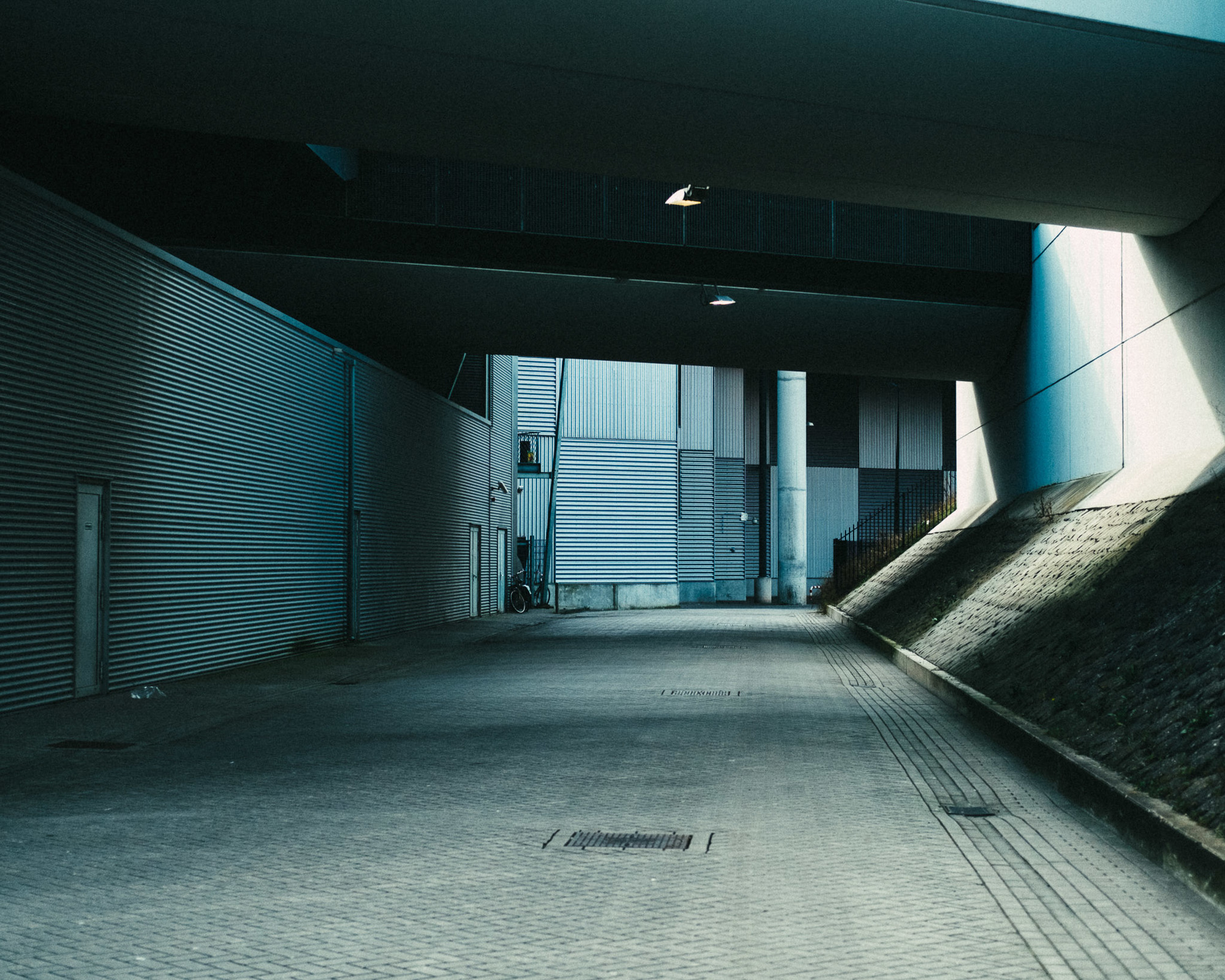 Amsterdam Arena looks like a spaceship from certain angles. 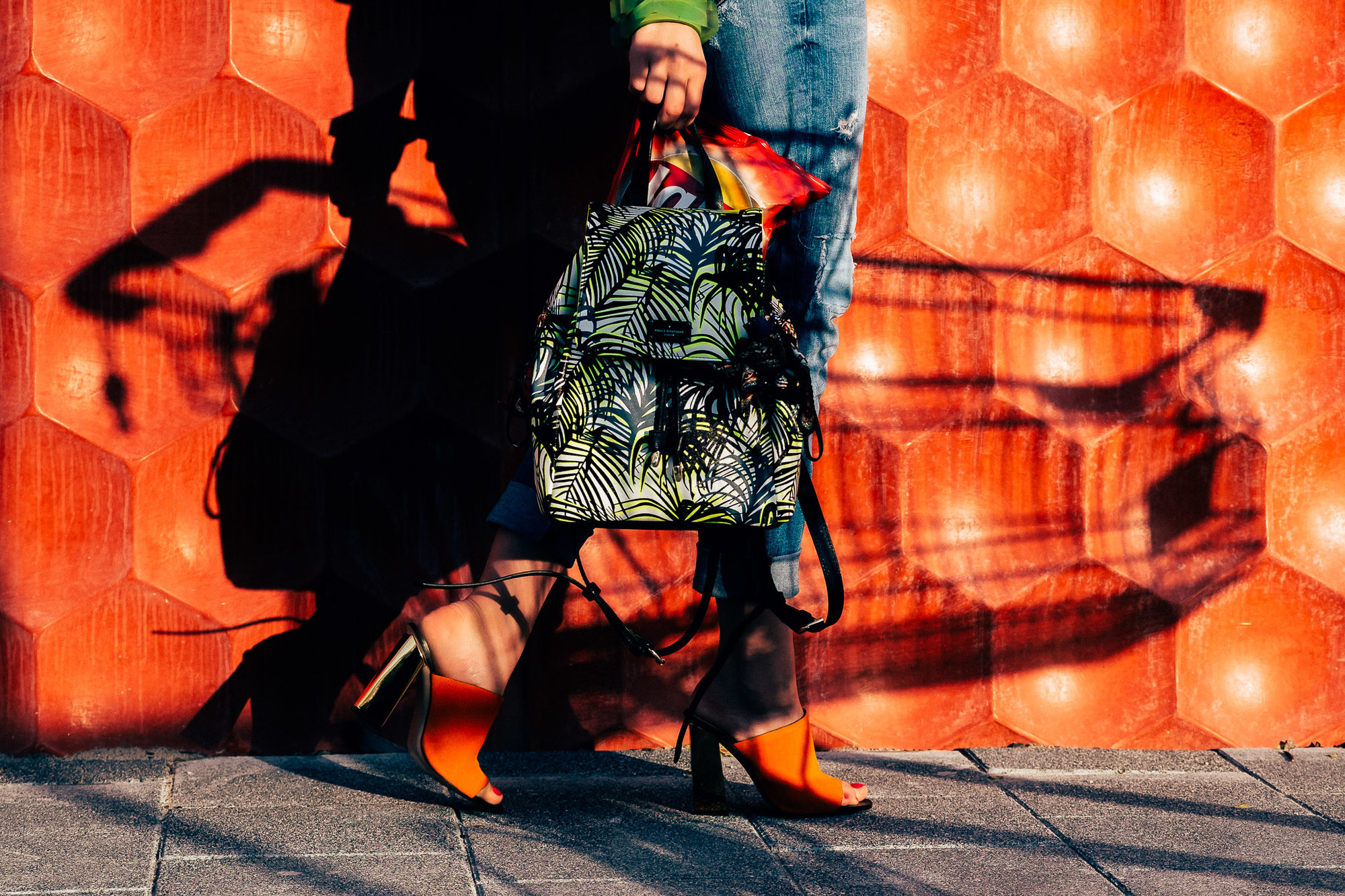 This is a facade of a kindergarten in Amsterdam Noord. The perfect backdrop for an edgy editorial shoot 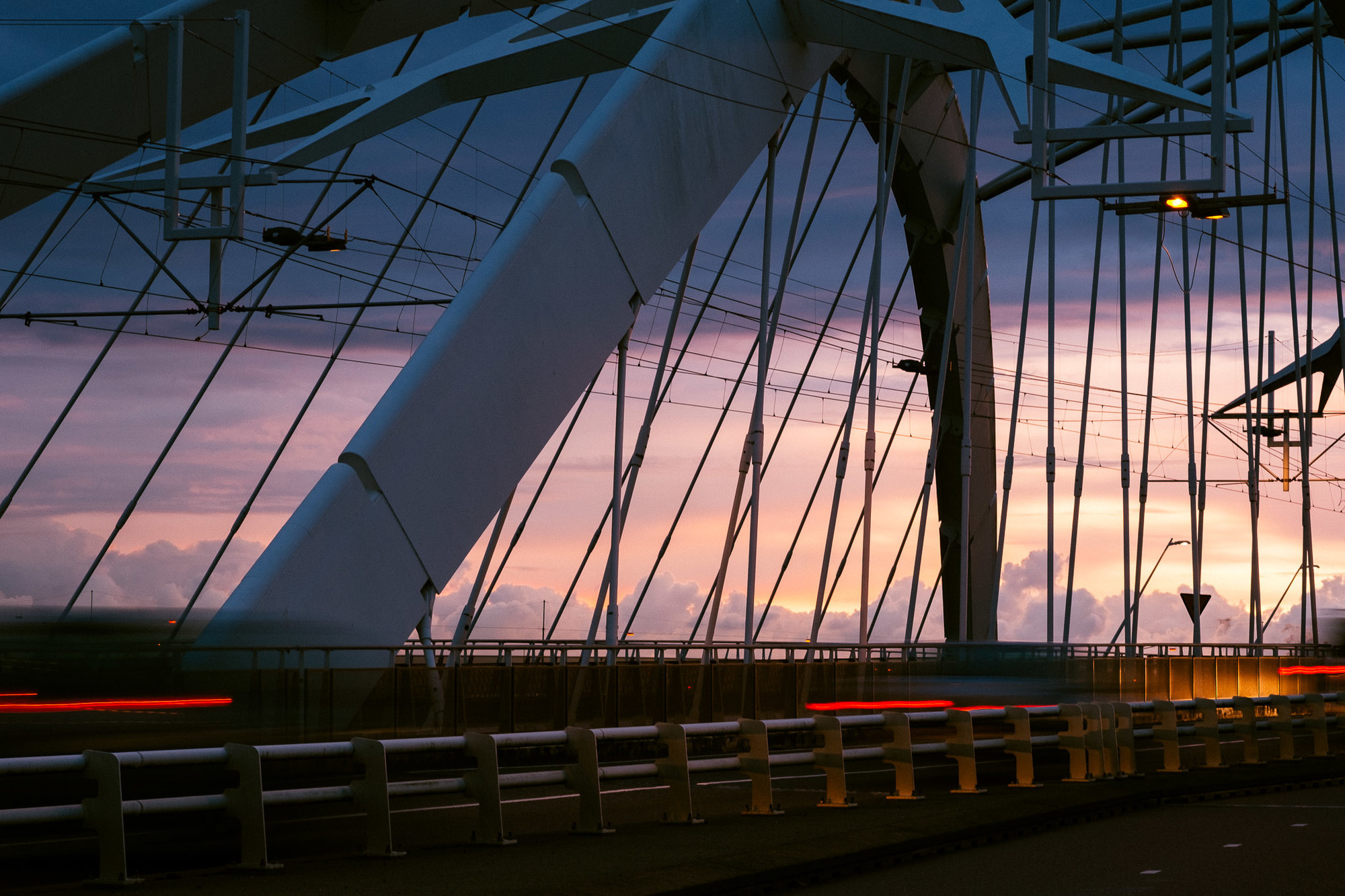 The Enneüs Heerma Bridge was inspired both by the gables of traditional Dutch houses and by the waves of the lake.

I’m looking forward to contributing to A city made by people. In the meantime, let’s be friends on Instagram!