Chamber music had its heyday in the 18th century and is often considered something very exclusive and high culture. But at the Oslo Chamber Music Festival you can experience anything from classic tunes at the royal palace, music from the movies at a popular nightspot or rock and jazz in the the halls of a church.

Strings. Strings working together in total harmony. Someone wrote this piece of music, 400 years ago. Before technology, industrialism, computers and recording studios. Someone thought of it and heard the strings and tunes inside their mind and made it come to life. And it is truly alive. And although everything in our world has changed, this music and how it travels through the chamber halls remain the same. 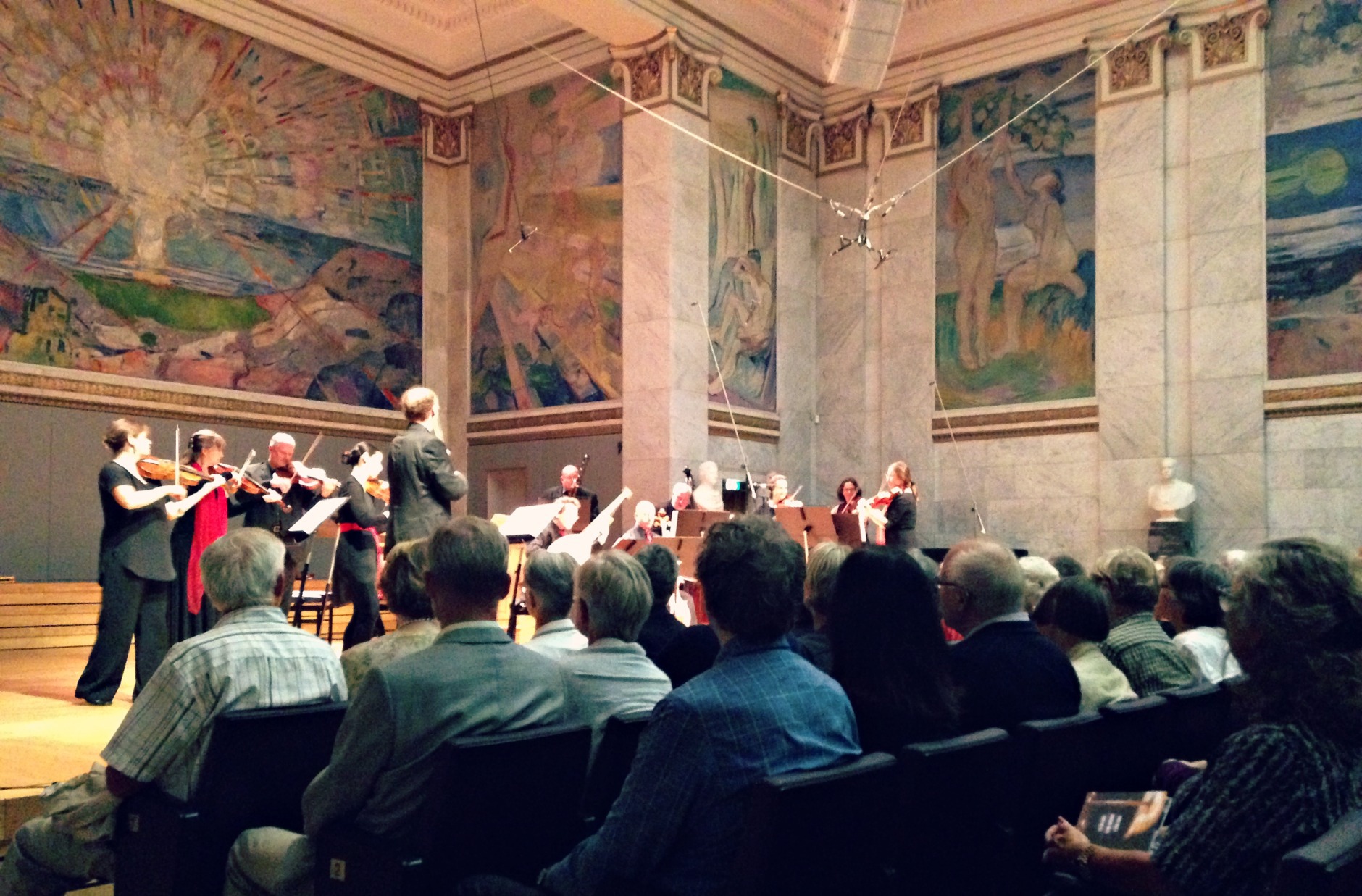 This was what I expected from a Chamber Music Festival - Classical music in magnificent surroundings.
The walls of the University Aula were decorated with enormous wall-paintings by Norway’s most famous artist though time, Edvard Munch. 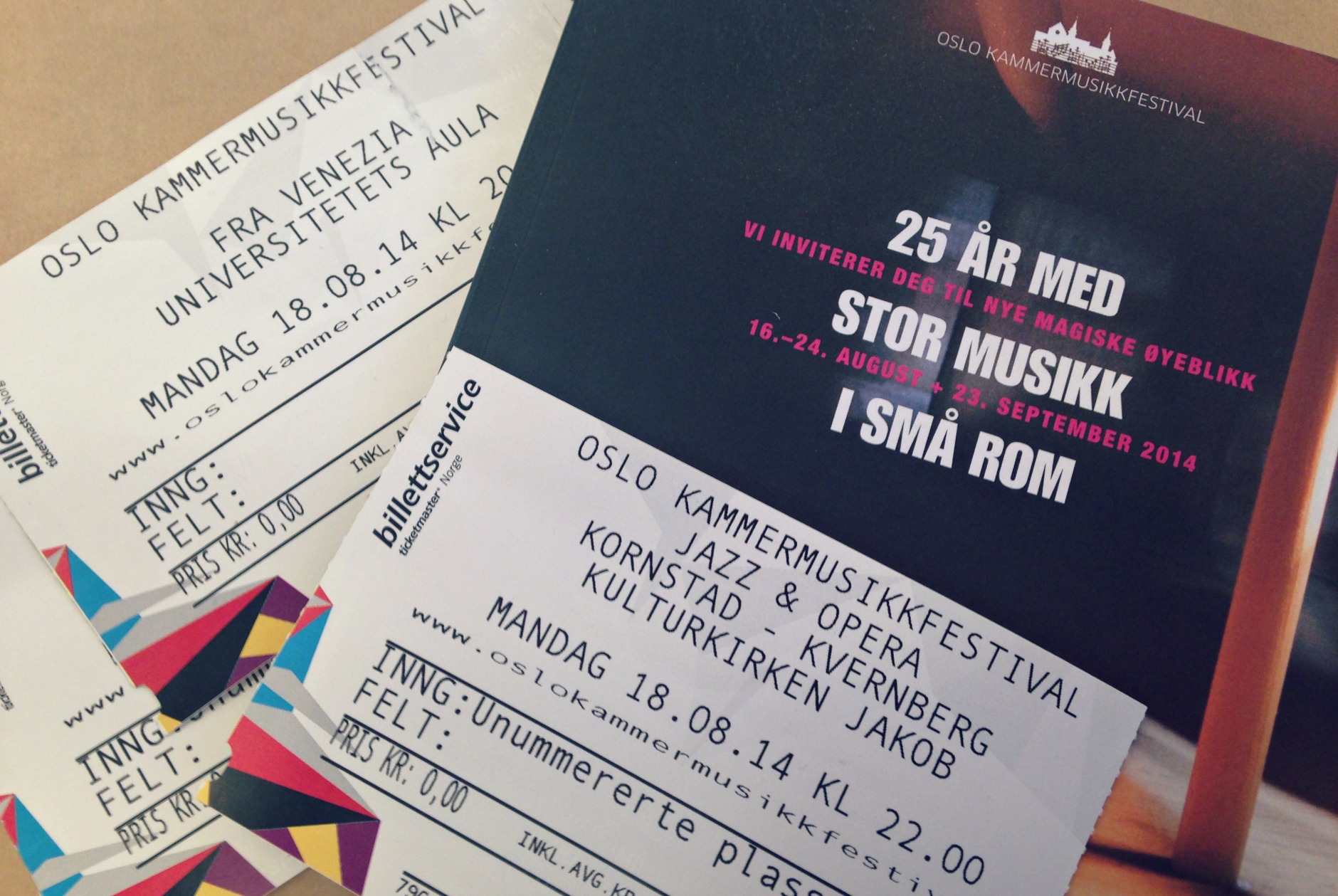 Oslo Chamber Music Festival celebrates its 25 years anniversary.
25 years with big music in small rooms. Chamber music is played by smaller orchestras and bands and without a conductor. So they have to work together and use their smaller number in a way that engages the audience.

The second concert I attended would change my view of what chamber music was. My tickets read “Jazz & Opera in the culture church” - an unusual combination to say the least.

The church was lit beautifully and out on stage comes the gengre-defiant Håkon Kornstad Tenor Battle. The concert started and the saxophone player lead his band through some amazing notes, after a while he took the sax from his lips and started to sing…opera - and it was amazing.

I was transported through time to an old secret Romanian marketplace. A place where it was both dark and light at the same time. At least that was what I experienced, and that is was music does to us. It let us experience things in a new way, experiences you wouldn’t want to be without.

If you want to know more about Håkon Kornstad you can watch this inspired Tedx-Talk from a couple of years ago.

Last up was Ola Kvernberg Trio. An award-winning band, with their leader Ola Kvernberg using his violin in any way you thought was (and wasn’t) possible. He introduced me to jazz as I never heard it before. Their performance was intense and made your pulse race. Ola Kvernberg is known in Norway for making film scores to movies such as Jag etter vind and Nord. 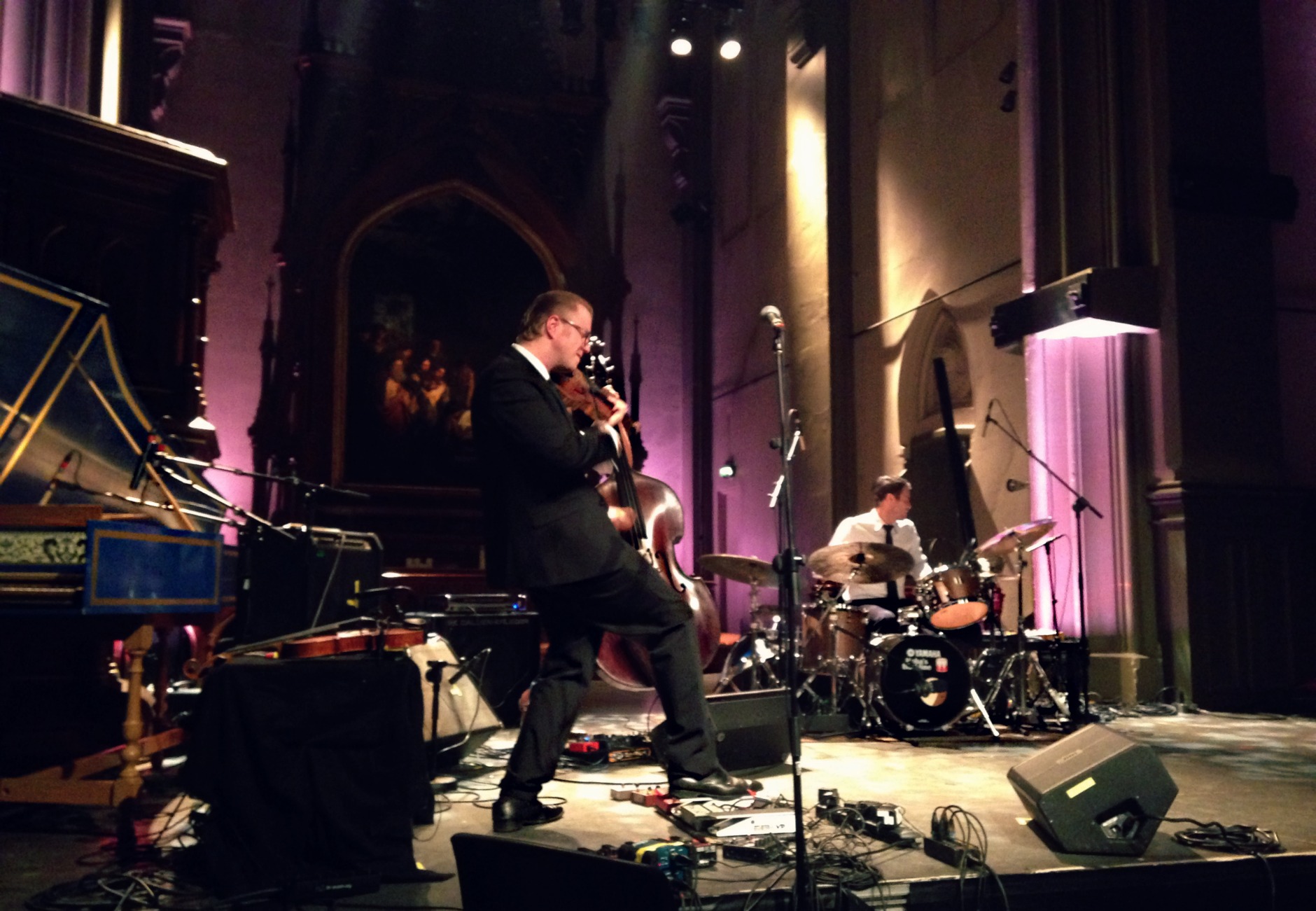 When the day was over I was left with two thoughts; Why hadn’t I heard about this music festival before? And I’m going next year again for sure.