One particular name that has been prevalently sticker bombed throughout Amsterdam is BNE, yet it never really caught my interest. 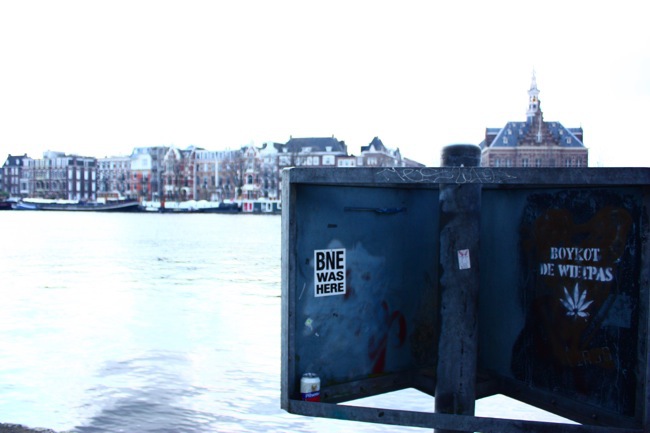 This acronym was just simply there staring at me…. whenever I was waiting at a traffic sign, walking my dog around the neighborhood, or threw my bubble gum wrapper in to the trash bin.
And not only has BNE covered its ‘logo’ all over Amsterdam for the past decade, so has it covered all over New York, Tokyo, London and many other parts of the globe.

After seeing these three letters plastered on all sorts of street items I kinda started questioning: so what’s up with this BNE? 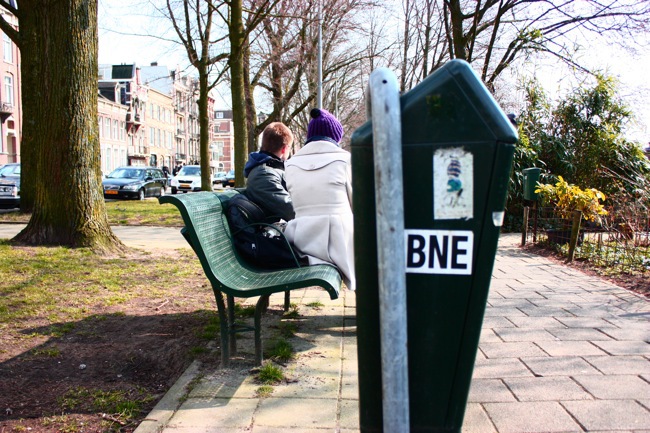 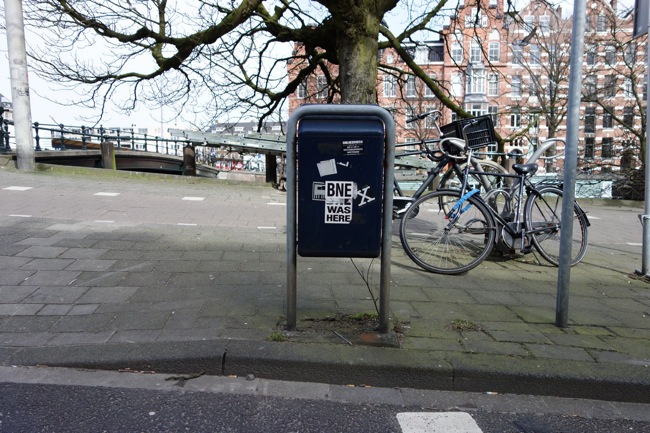 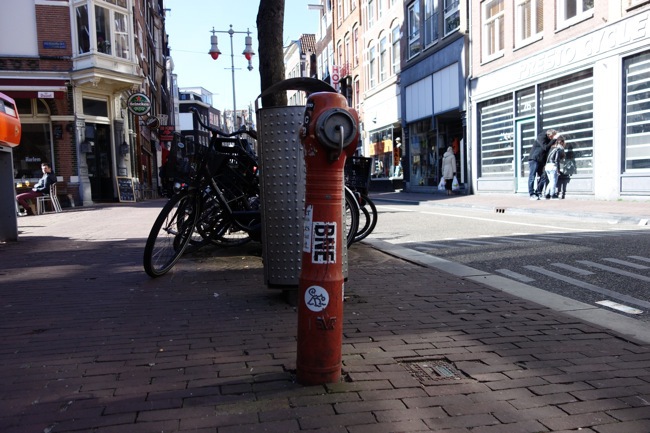 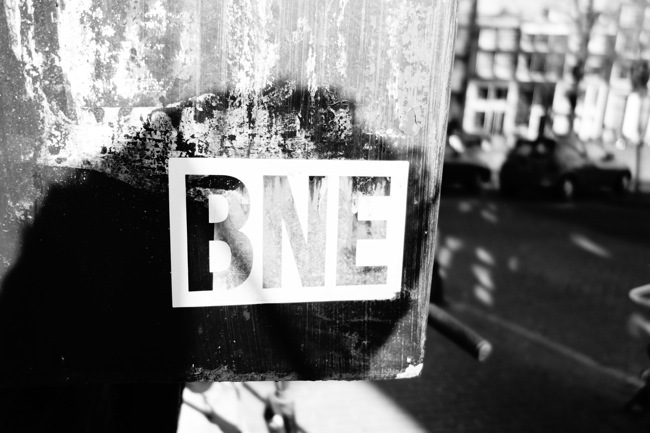 It appeared that BNE is being considered as one of America’s biggest city plagues and street vandals, with a reward of $2500 for whoever turns him in. Who dunnit? Is a question that has been around for a long time. And what it actually means? Theories have been bouncing the web.

There didn’t really seem to be an actual purpose behind this ‘brand’, it was just present for the sake of rebellious sticker bombing and name tagging.
But than finally after 15 years of raising name recognition BNE started to use its global voice for a greater cause, he wanted to make a positive social change. 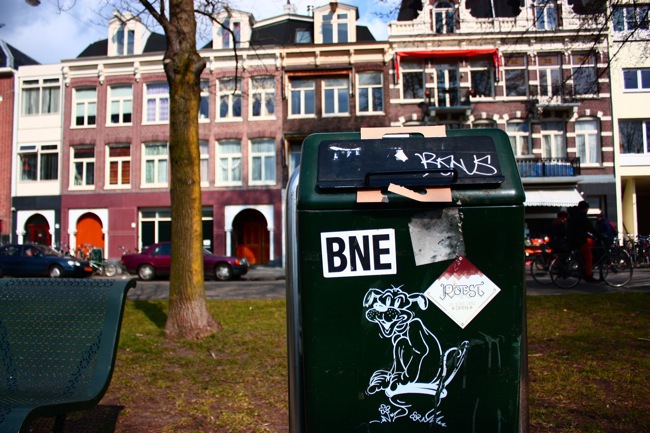 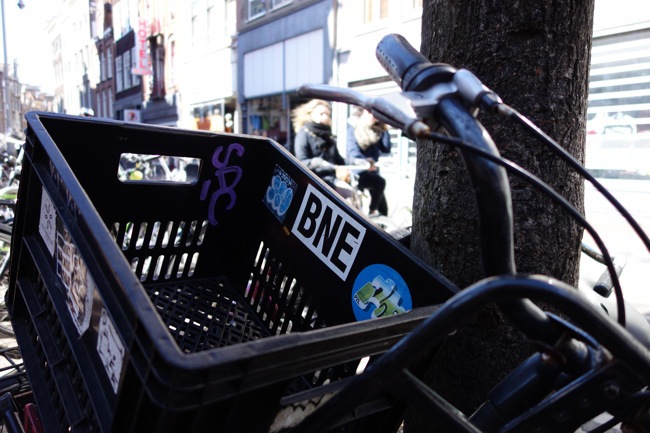 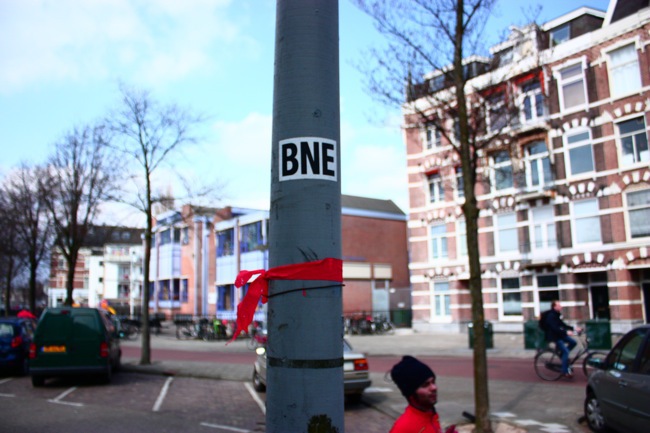 As he recalls:
“In my travels, I have been to some of the world’s poorest slums and have seen the extreme poverty and  horrible injustices that billions of people suffer through. Providing clean water and sanitation solutions to people in developing countries is what really needs to be done. Graffiti’s original purpose was to give a voice to the voiceless. There are billions of people living in poverty with no voice at all. I want to let all my fellow artists and everyone else know that if we simply lend our voices to these people, we CAN change the world.

BNE is no longer about me as an artist. It has become a voice for the victims of social injustice who have no voice. BNE is a movement with supporters from all walks of life all over the world, and we are growing everyday.”
Source: http://bnewater.org/about 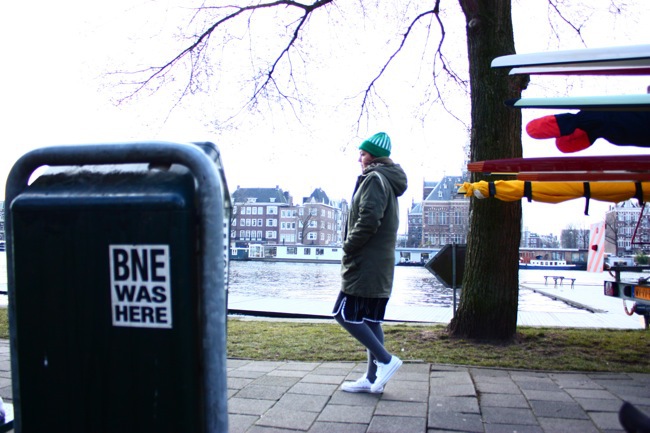 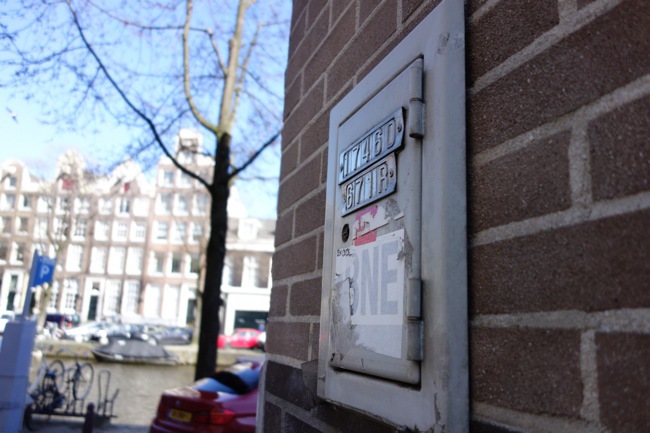 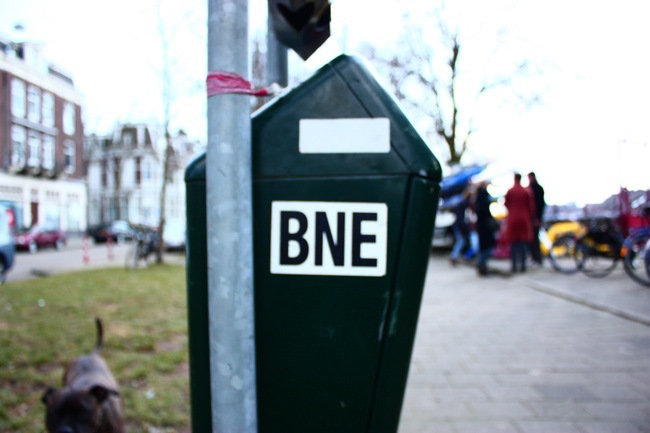 BNE stickers may visually not be considered street art and yet I’m happy to see this acronym being represented in Amsterdam. And heck, I might even buy one of those cool BNE t-shirts with my favorite Japanese characters Astro boy and Doraemon to support his cause and represent BNE even more so in our own good old Amsterdam.

For more information on BNE, his cause, and his t-shirts check out:
http://bnewater.org