Bogotá - Reclaiming the city with graffiti

We have a guest correspondent who is traveling through Colombia to see with his own eyes how citizens are handling with daily problems like poverty, inequality, drugs and other conflicts!

After an eleven-hour flight, I arrive in Colombia – the country most people associate with Pablo Escobar. Once the most powerful drug lord in the world, he now regained some of his popularity due to Netflix’s show Narcos.

But I didn’t come to Colombia for the cocaine. I came to Colombia to witness a country that still scores incredibly high on inequality, poverty, and crime. How was I going to witness these matters? I don’t know. Let’s start by just looking. First stop: Bogotá.

While looking out the window of the taxi, the very first thing that struck my eye was the massive amount of graffiti almost everywhere I looked. And not just tags or texts written in ugly letters. Massive walls are decorated with the most beautiful paintings. This was something I wanted to know more about. During the next few days I wandered around the city, joined a graffiti and bike tour, and had locals Monica and Daniel tell me more about the stories behind these works of street art. 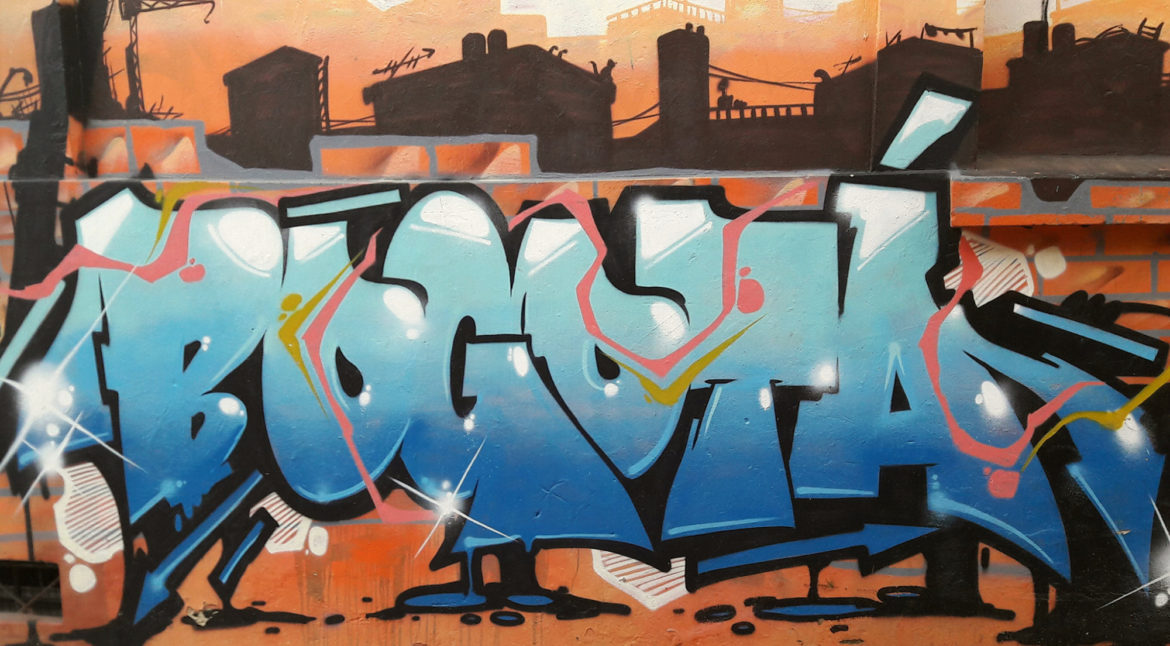 It’s October 2013 when hundreds of street artists decided to go out on the street to paint the grey rundown walls of Colombia’s capital city. It’s a 24-hour graffiti-ton. One of them was studying graphic design. Monica explains that the graffiti-ton was more than just a fun get-together. Rather, it was a protest against the corruption and hypocrisy of the police and its employer, the Colombian government.

While one would not expect it, Monica explains, the deed of resistance was triggered by no one else than Justin Bieber. Yes, Justin Bieber. When the Canadian singer was in town for a concert he decided to give something back to the city by painting the Canadian flag including a marihuana sign instead of the original Maple leave. “Very creative,” says Monica sarcastically. But she continues:

"The problem was not Justin Bieber’s lack of creativity, everyone is free to paint whatever they want. The problem was the fact that he did it under protection of a full Bogotán police unit."

To understand the frustration of many Colombian graffiti artists we need to travel two years back in time. Monica explains further:

“In 2011 a 16 year old graffiti artist named Diego got shot in the back by a police officer while painting a wall in Bogotá. While the boy was laying there bleeding in the street, the police returned to the police station, took a gun, returned to the crime scene, and carefully placed the gun in his pocket to legitimize the murder of the boy that had by then passed away.

Massive protests put light on this story and eventually resulted in the legalization of public graffiti, as long as the artist has permission by the owner of the building. However, graffiti artists keep being harassed by ‘corrupt’ policemen, bribing them, arresting them, or even worse.” 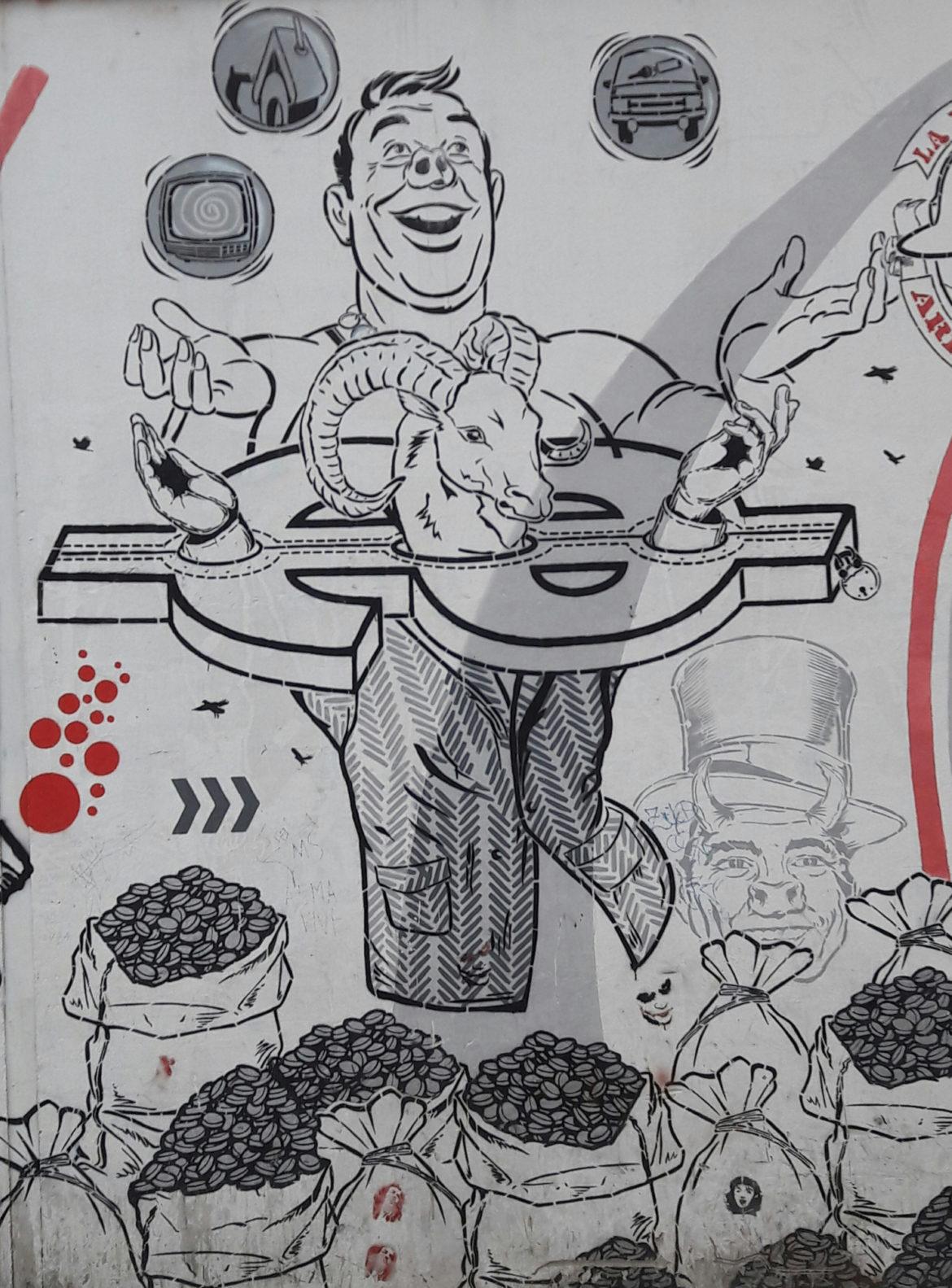 The fact that only two years after the murder, the same police force was used to protect a western singer, doing graffiti, in Bogotá, was a step too far for many Colombian street artists.

For Colombians, the upper narrative reflects a far greater problem that the country faces. Police protecting a wealthy and famous western artist, while killing a poor innocent Colombian artist, sounds all too familiar. Psychology student Daniel can’t say one good word about the current government led by President Juan Manuel Santos. “This is where our corrupt government makes all the bad decisions,” he says while pointing at the grant Parliament building.

Daniel gives an example regarding Colombia’s famous coffee, that in its essence it’s not so different from Justin Bieber and his graffiti-debacle: “Colombians use to say that while Colombia makes the best coffee in the world, Colombians drink the worst.” The West gets the best of Colombia while Colombians themselves suffer.

But this is where the actual meaning of Bogotá’s graffiti comes in. The colorful paintings turn out to be deeply political. Local artists use graffiti to express their opinions on numerous subjects, ranging from displeasure with the current government, big corporations, and police corruption. Monica and Daniel show me some of the many pieces of art Bogotá has to offer. By looking at them closely we get an insight on Colombia’s major social problems, presented by the people that are affected by them the most. 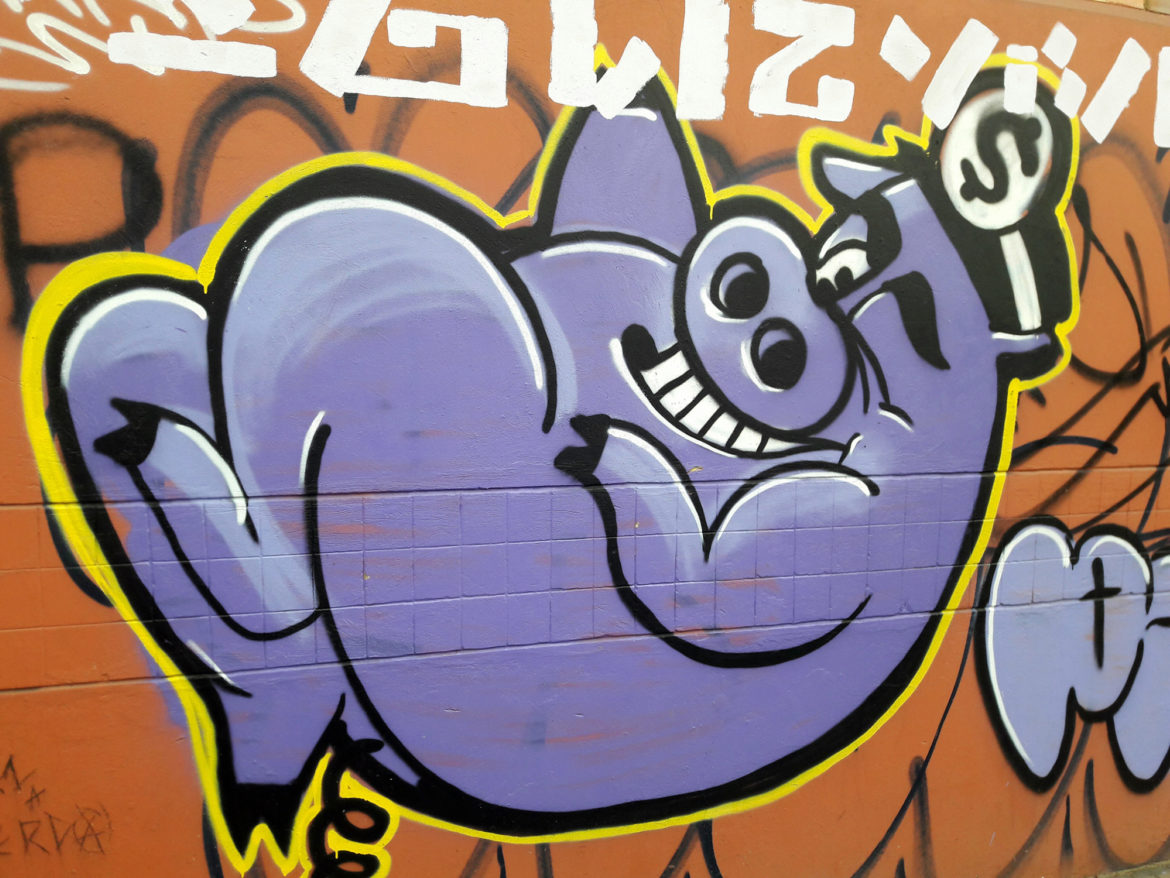 One graffiti shows Colombia’s President Santos depicted as a pig, standing between bags full of coffee beans. At only a couple kilometers from his residence this picture shows how the artist feels about the president: he is there to protect the big corporations and its money while taking a piece of the pie for himself. The coffee beans illustrate this story. Daniel explains:

“Colombian coffee producers select the best beans by hand. Then they are forced to export them for nearly nothing to Europe and North America. The ‘bad’ beans are sold to Colombians companies that make instant coffee out of it. In order to drink the quality coffee themselves, they have to buy the beans back from western corporations off course, for a much higher price.” 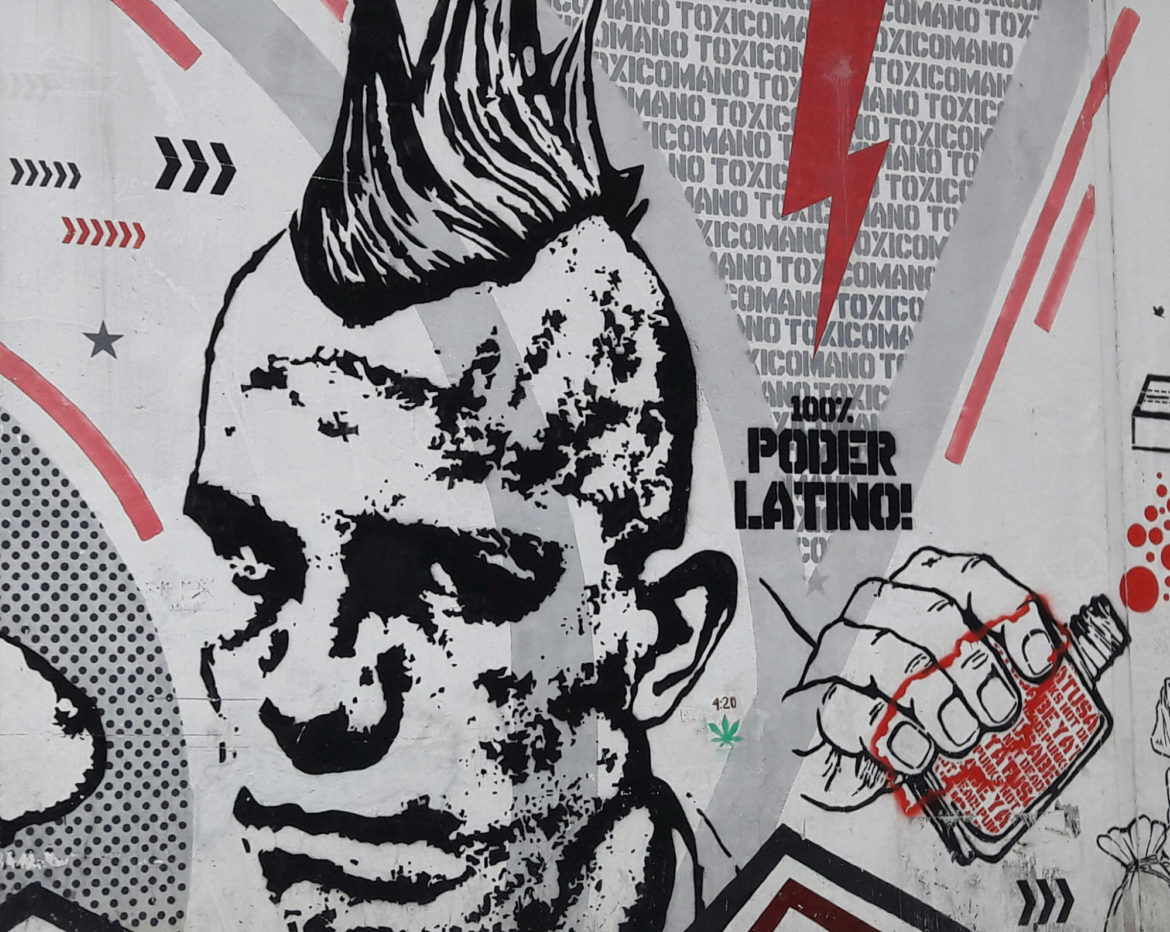 Not only Santos is a painted as a pig. It is not hard to find a graffiti in which police officers suffer the same faith, showing how many of the artists are fed up with the corruption of both the government and the police force.

In another painting, the artist expresses his problems with the multinational agricultural company Monsanto, that set foot in Colombia in 2011. Others show paintings of birds and plants, showing how Colombians care so much about their country’s enormous ecological diversity, something they believe is being endangered by companies like Monsanto.

Daniel explains that they bring harmful fertilizers to the country that kill the soil and push out indigenous farmers. Because of companies like Monsanto, it is again, not Colombians that profit from their very rich and fertile country, but another big western corporation.

This is not a new narrative. In 1971 Uruguayan writer Eduardo Galeano observes in his book “Open veins of Latin America” how since the discovery of the Americas by Columbus, the entire continent developed into a servant for the west. He writes:

“Latin America is the region of open veins. Everything, from the discovery until our times, has always been transmuted into European–or later United States–capital, and as such has accumulated in distant centers of power.

Everything: the soil, its fruits, and its mineral-rich depths, the people and their capacity to work and to consume, natural resources and human resources. Production methods and class structure have been successively determined from outside for each area by meshing it into the universal gearbox of capitalism. To each area has been assigned a function, always for the benefit of the foreign metropolis of the moment, and the endless chain of dependency has been endlessly extended.” 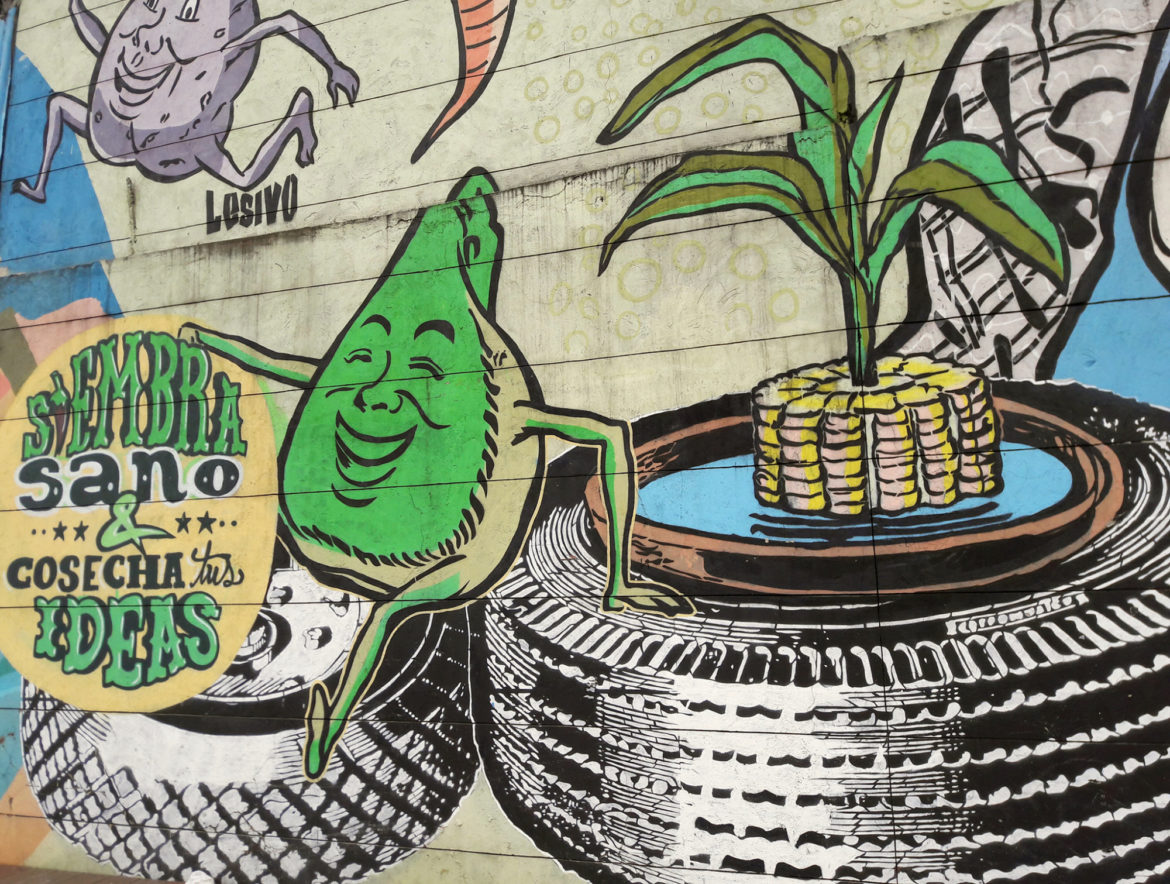 It was exactly this reason that figures like Fidel Castro in Cuba, Hugo Chavez of Venezuela and Evo Morales in Bolivia tried to make their countries more autonomous by liberating them from the Western capital. Even though the former have their stories of both success and failure, the wish to be autonomous also returns in Bogotá’s graffiti, as is pictured below: “Todos Contanos” and “100% Latino.” 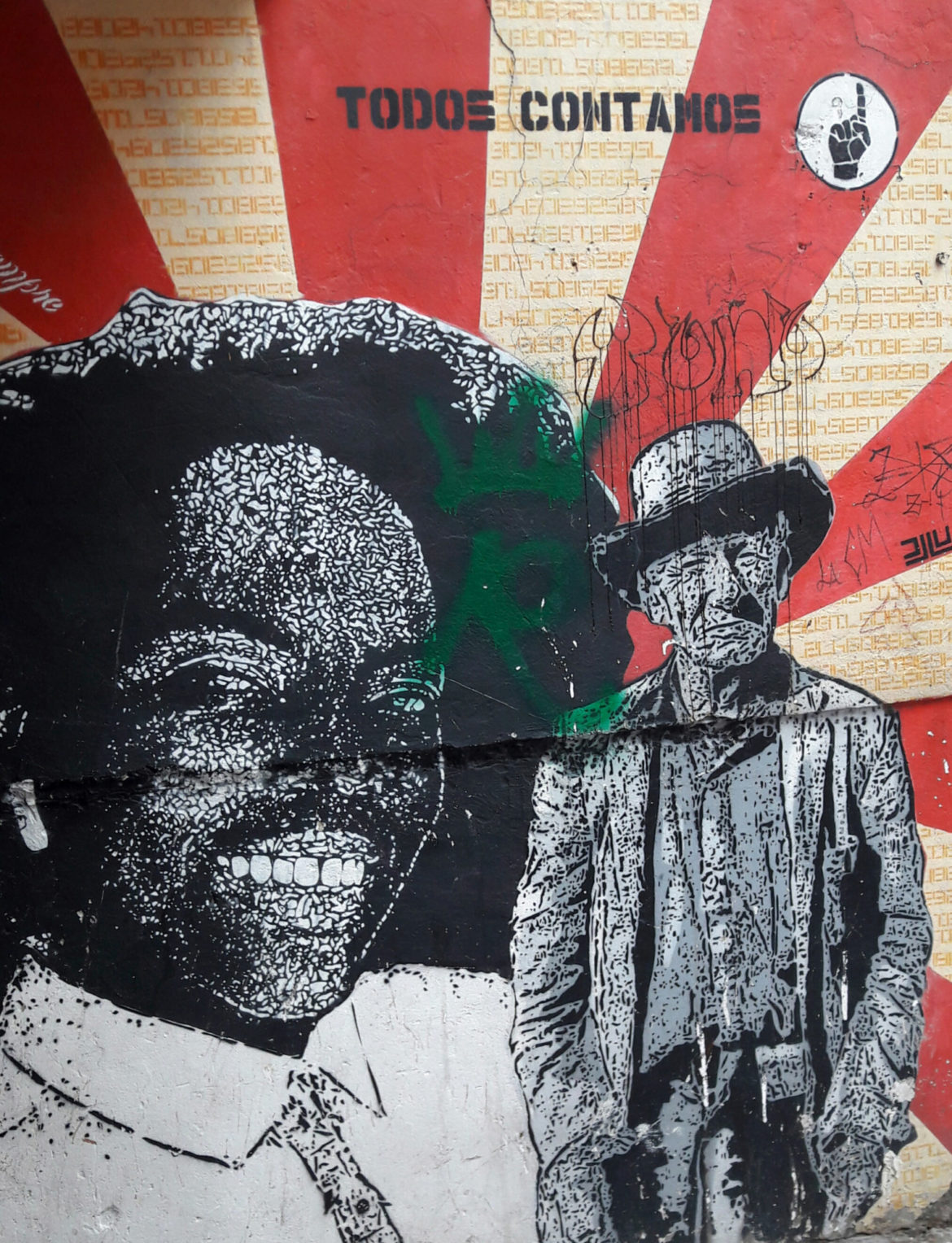 We found out the real power behind Bogotá’s graffiti. Monica explains:

“By the process of painting graffiti itself people reclaim a tiny bit of their autonomy, because it gives them a voice. Most importantly, through graffiti, artists do what the media doesn’t: show people the truth.”

Daniel shows a piece saying in big letters: “Tejiendo Esperanza” (weaving hope). By regaining a little bit of autonomy graffiti provides hope to the people of Bogotá. By decorating the walls of their city they take back what has been taking away from them. They reclaim their city by painting its walls with pictures of native Colombians, Colombia’s nature and fauna, and their own opinions and thoughts. 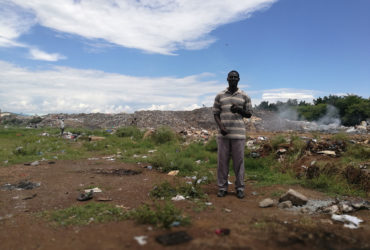 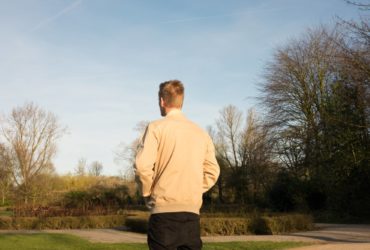 What are the main challenges in the biggest cities of East Africa?