São Paulo artist, Eduardo Kobra, has covered walls across the world with his amazingly detailed and colorful murals. He and his Brazilian crew - along with two Minneapolis artists - are now taking on one of their biggest projects yet: a 15,000 square foot (1.400 square meters) triptych of one Minnesota’s most beloved native sons: Bob Dylan. 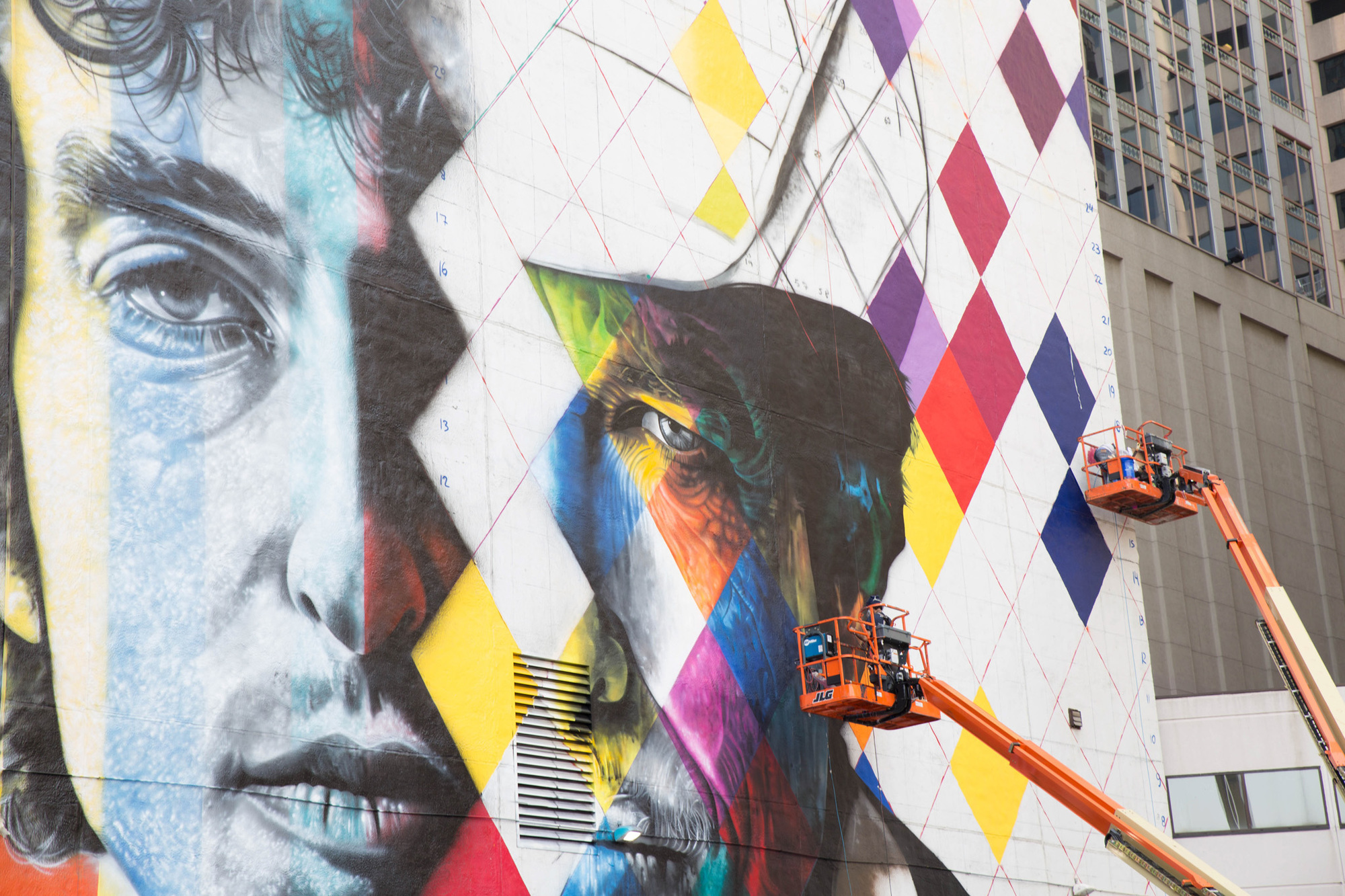 Guest correspondent, Jill Emmer, - a professional photographer, influential Instagrammer, and co-founder of the @Minnstameets community - paid two visits last week to this stunning mural to photograph the work in progress. Here’s what she had to say about it:

I first visited Eduardo Kobra’s mural of the changing faces of Bob Dylan over the years - aptly named “Times Are A-Changin” - only 3 days into the 2-week process it was already a jaw-dropper! The first thing that strikes you is the sheer size of it all. It is immense; covering the entire length of a downtown Minneapolis office building. You are then drawn in by the amazing level of detail in the portraits and the whimsical color patterns. It is at once both highly realistic and beautifully abstract. 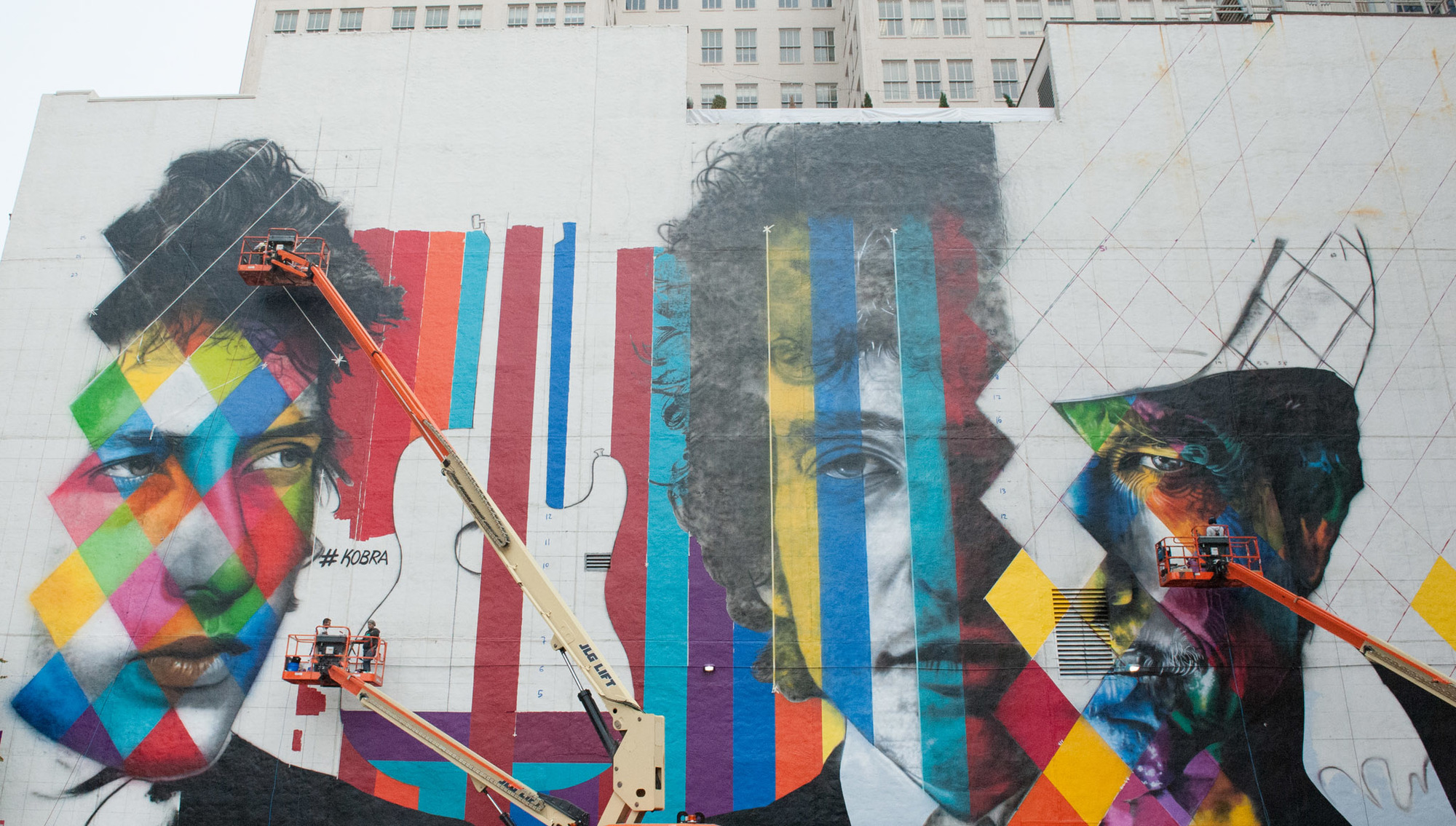 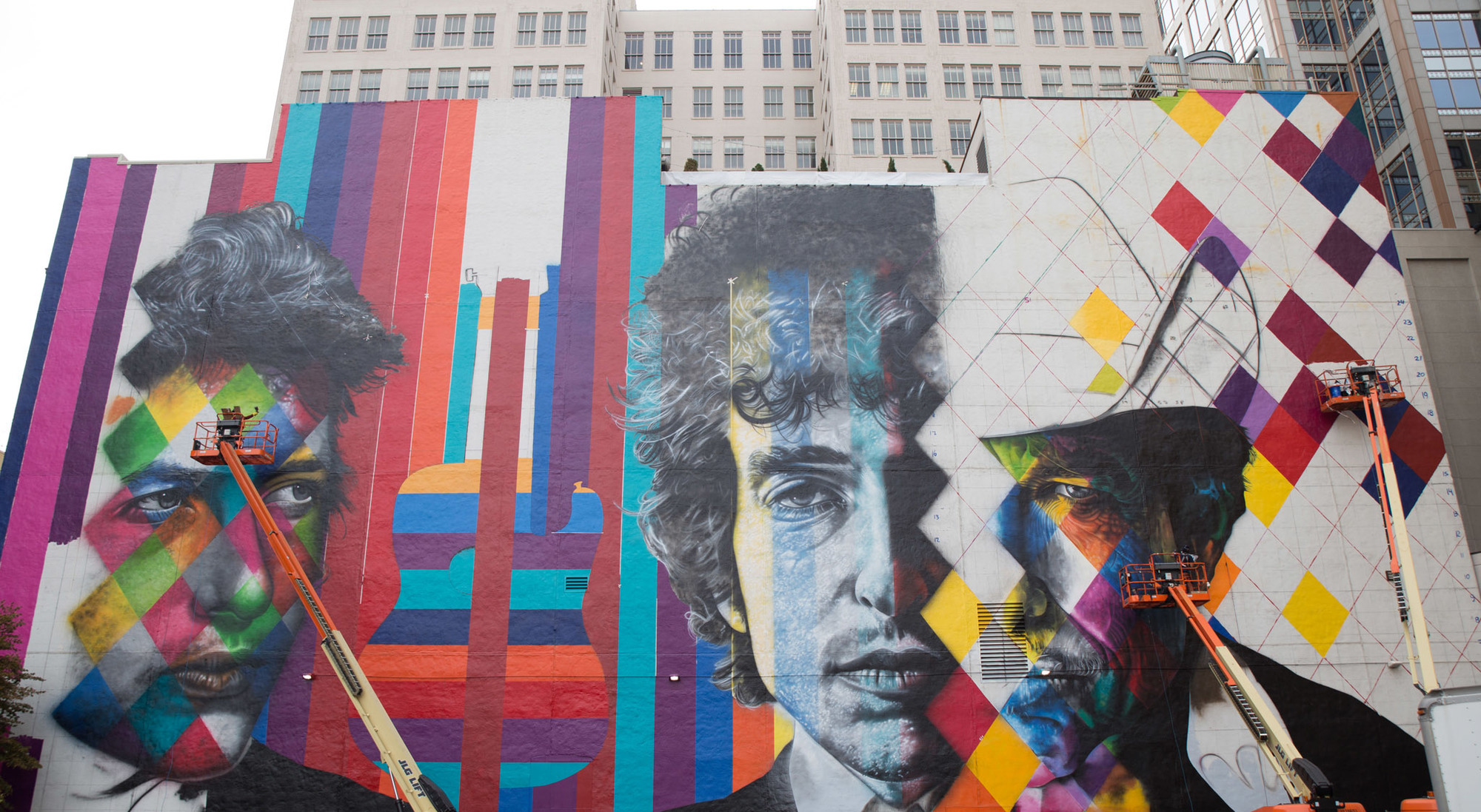 Because of the size of the work, Kobra and his crew brought on two Minneapolis artists to help: Erin Sayer and Yuya Negishi. Erin happens to be a close friend of mine and she shared with me some thoughts on her involvement.

ES: "This is such an honor for me to work on. Not only because of Kobra’s reputation worldwide, but because I am a huge Bob Dylan fan! In a way, I think of this as my gift back to him for all the years of good music he’s given me." 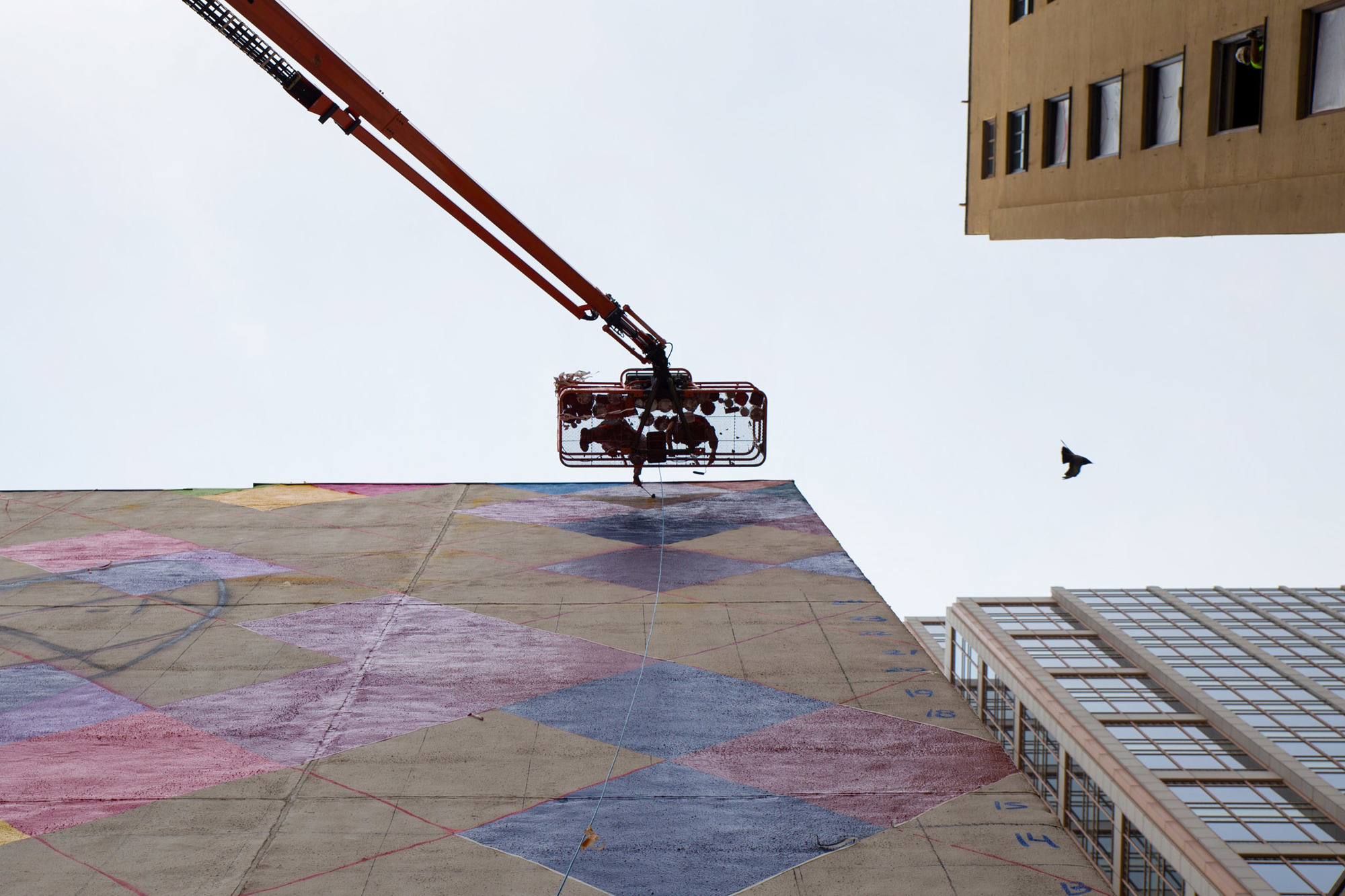 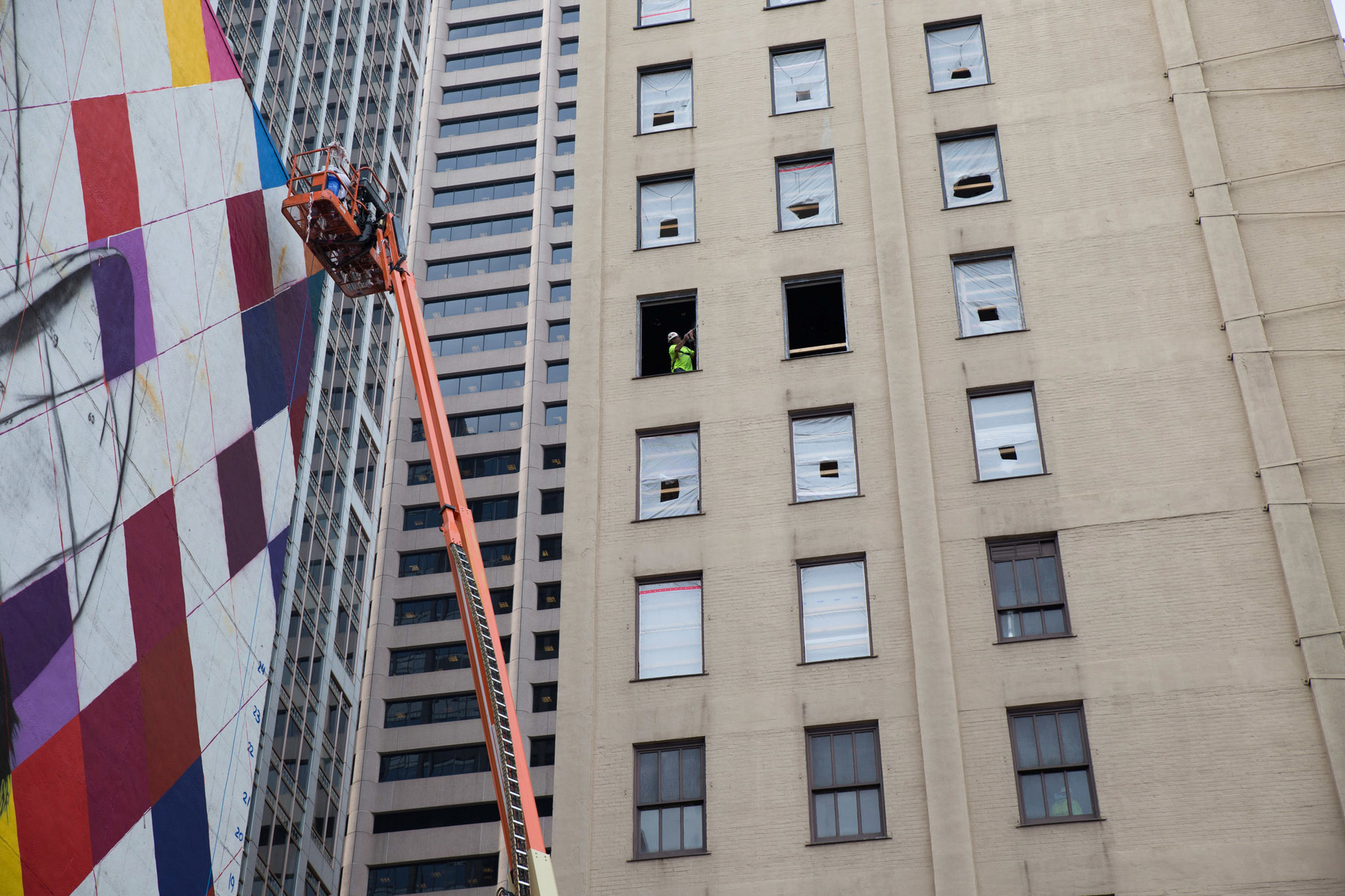 Minneapolis muralist, Erin Sayer, working on the upper reaches of the mural.

ES: "Despite our language differences, Kobra and his crew have been amazing to work with. He is very calm and hardworking." 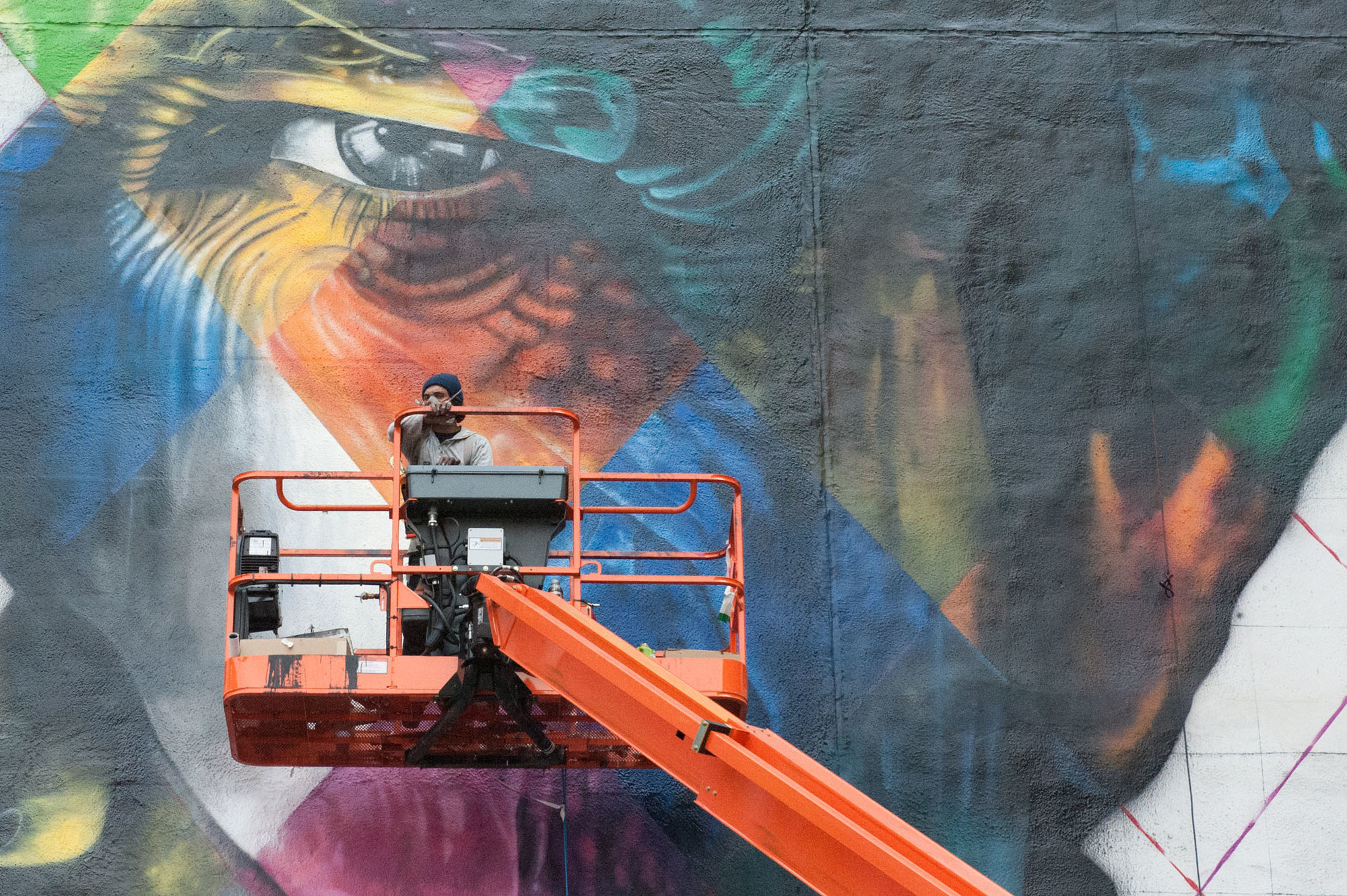 Kobra on the lift.

On both of my visits, there were crowds gathered around to watch the progress. Minneapolis social media feeds are abuzz with photos of it. This mural — commissioned by the building’s owner (a subsidiary of Goldman Sachs) with the hope of attracting creative companies to work in the space — isn’t even complete yet and it’s bringing the community together and building excitement about a neglected corner of downtown Minneapolis. And that, in my mind, is what public art is all about. 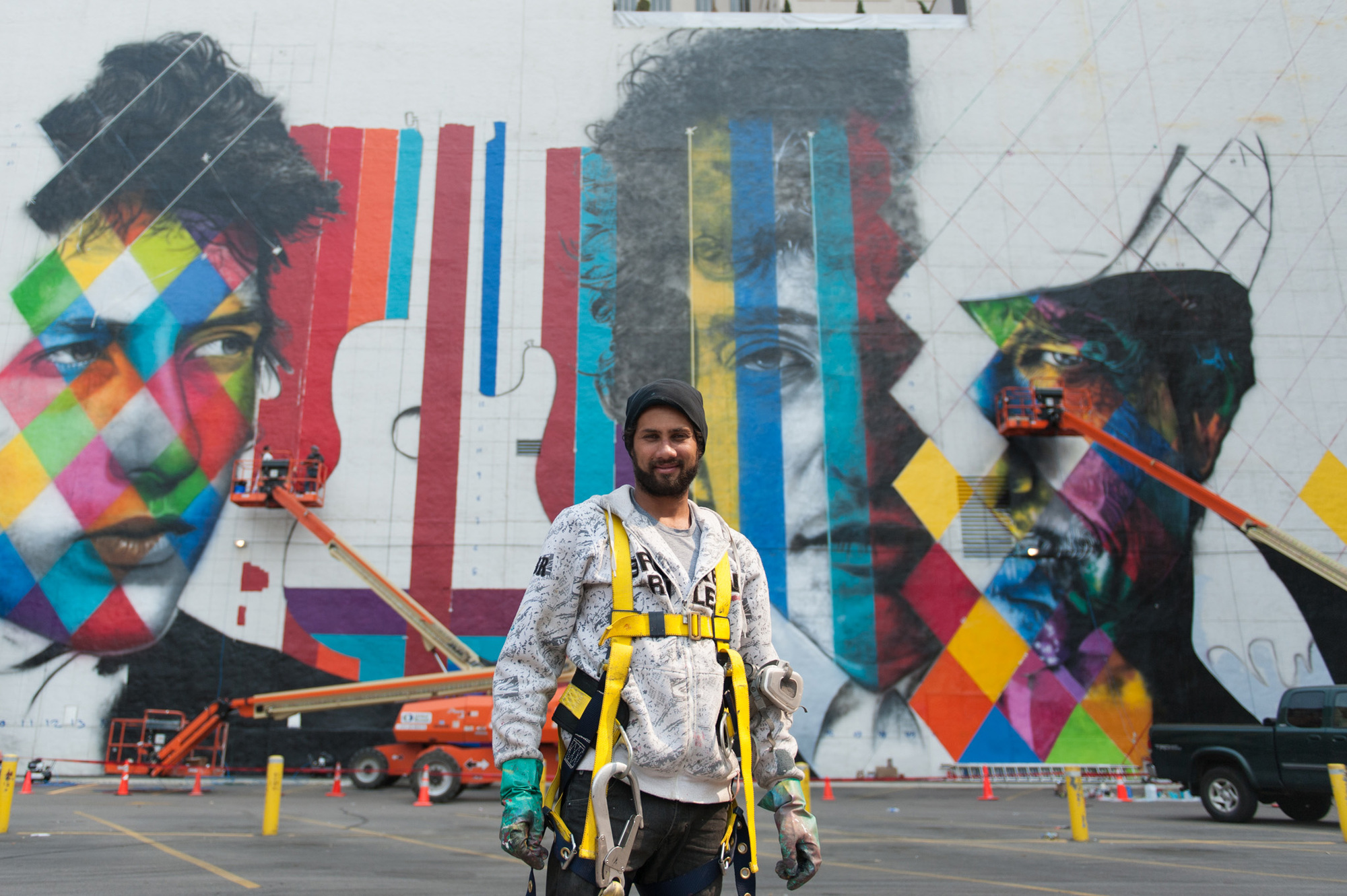 A member of Kobra’s Brazilian crew. 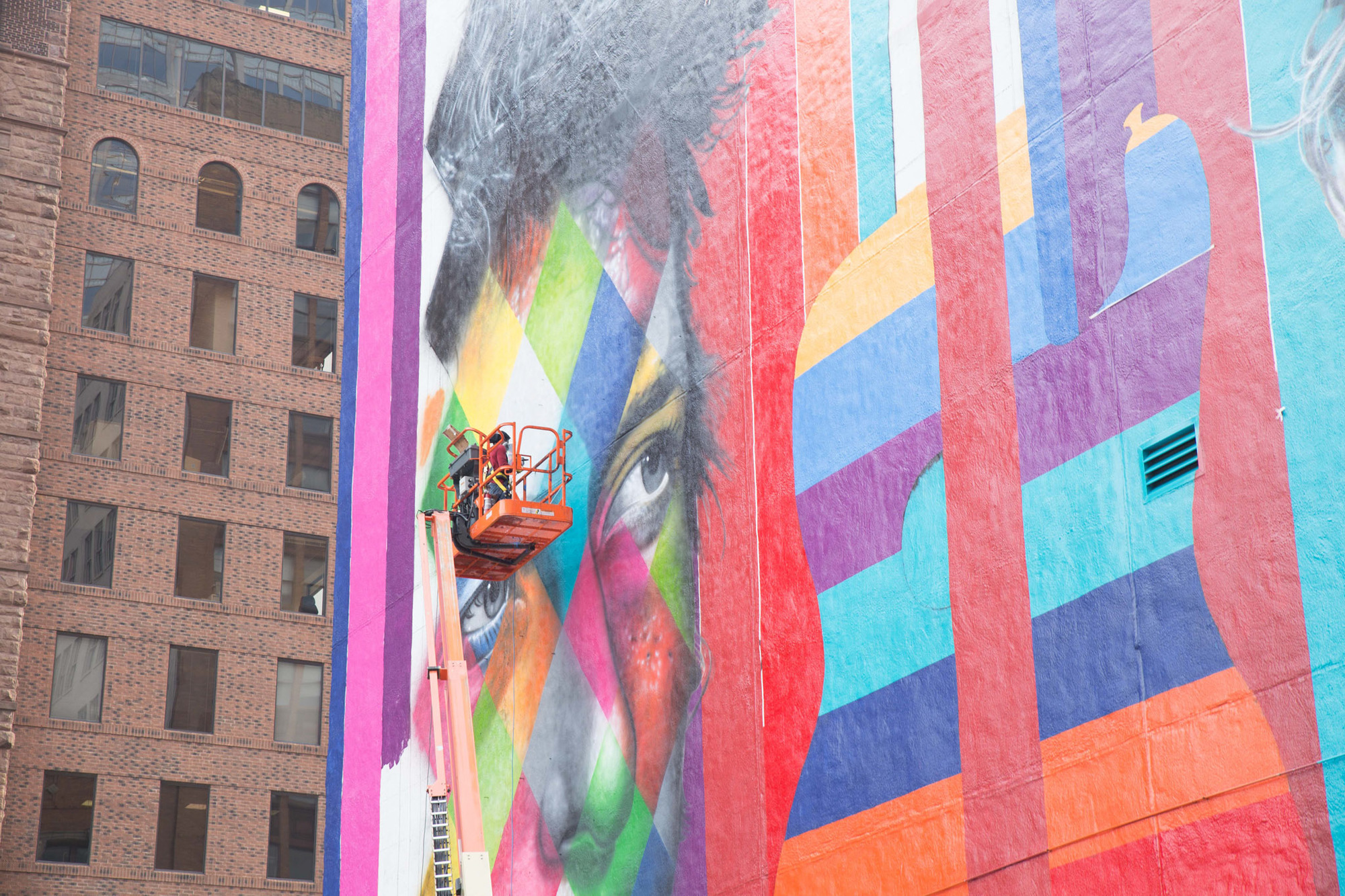 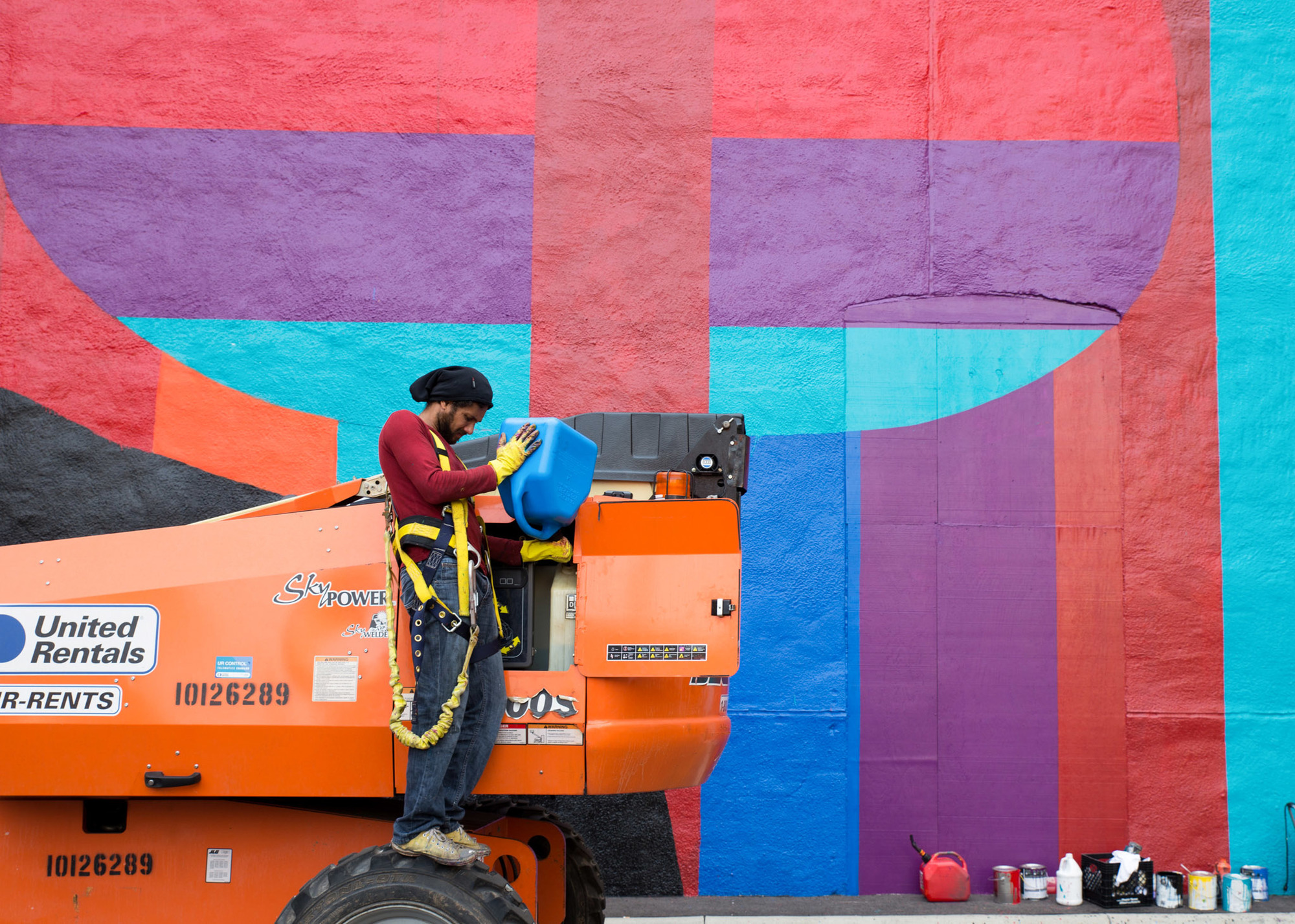 {A Secret Beneath the Paint} We have a new mural in tribute to Bob Dylan going up in Minneapolis. It is designed and painted by @kobrastreetart and his crew. I am so proud to say my good friend @esayer is one of the artists hired to help paint it! I went down and spent some time watching them paint today. It is a jaw-dropper. I caught a quick shot of the muralist's "autograph" near Bob Dylan's ear just before it was painted over forever.