Owner of Papersmiths Tells Us, Why Do Printed Products Matter in a Digital World?

There's a design studio in Bristol that will inspire all your creative endeavours. Let's explore this obsession with stationary, welcome to Papersmiths.

When did you start Papersmiths and where?

The Papersmiths journey began between January to March 2013. Kyle Clark and I were running a design studio in Bridport. We decided to move the business to Bristol. We took this shop unit on Perry Road in the Arts’ quarter. Our studio was called Something Good and we decided to turn half the studio into a shop and we called it Something Else.

Could you explain the change of name, going with Papersmiths?

In 2014 we were outgrowing our space, running a shop and a design studio simultaneously from one room which became quite full on, our clients started shopping during meetings, it just got really difficult to manage the two in one space. We saw the space where we currently are in Clifton Village which became available, a four-storey Georgian building. When we made that leap, we understood it was the perfect opportunity to redefine what we were doing and rather than being a design store we decided to focus on our passion: stationery and paper. Because we were championing the work of lots of print designers, the name came out. 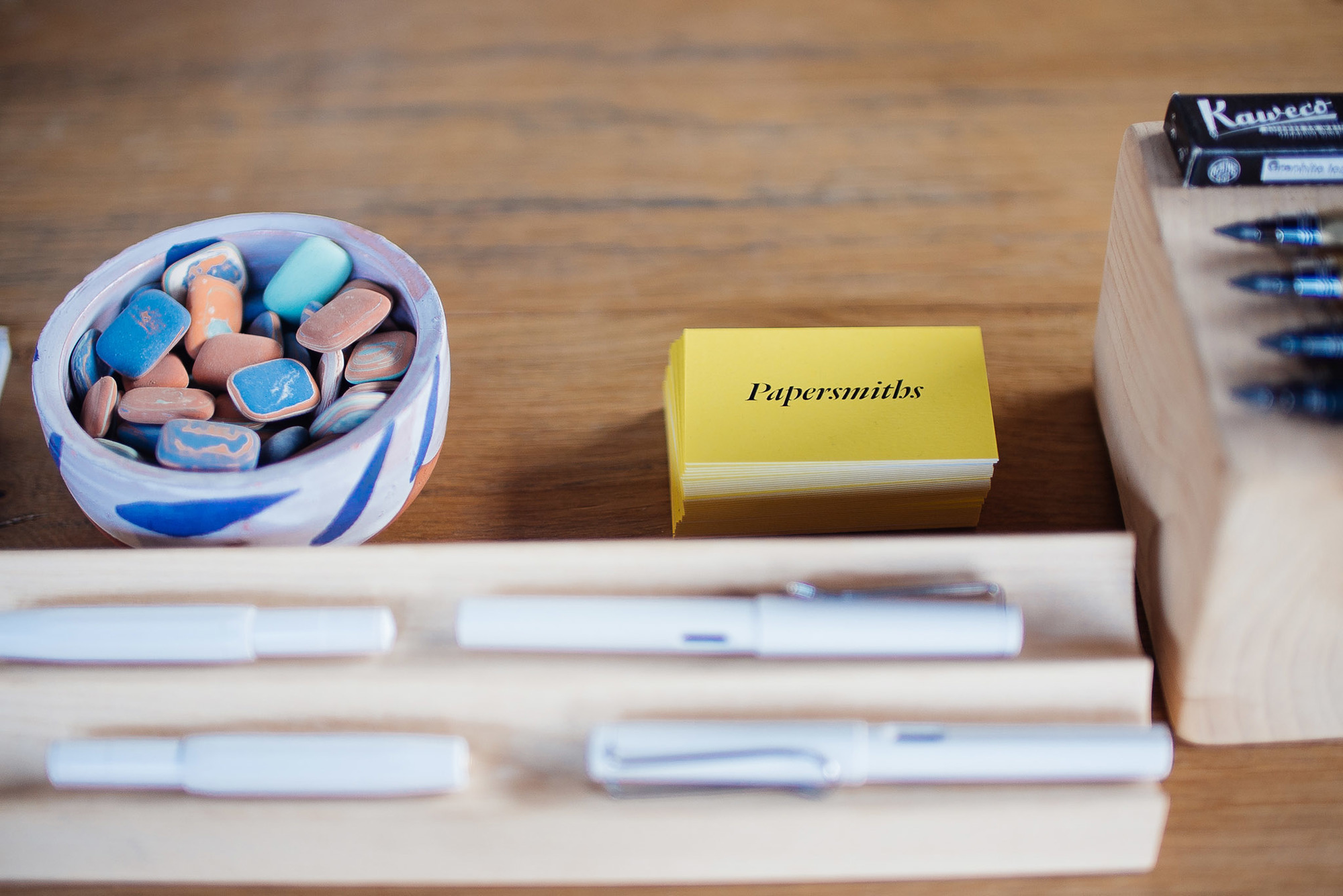 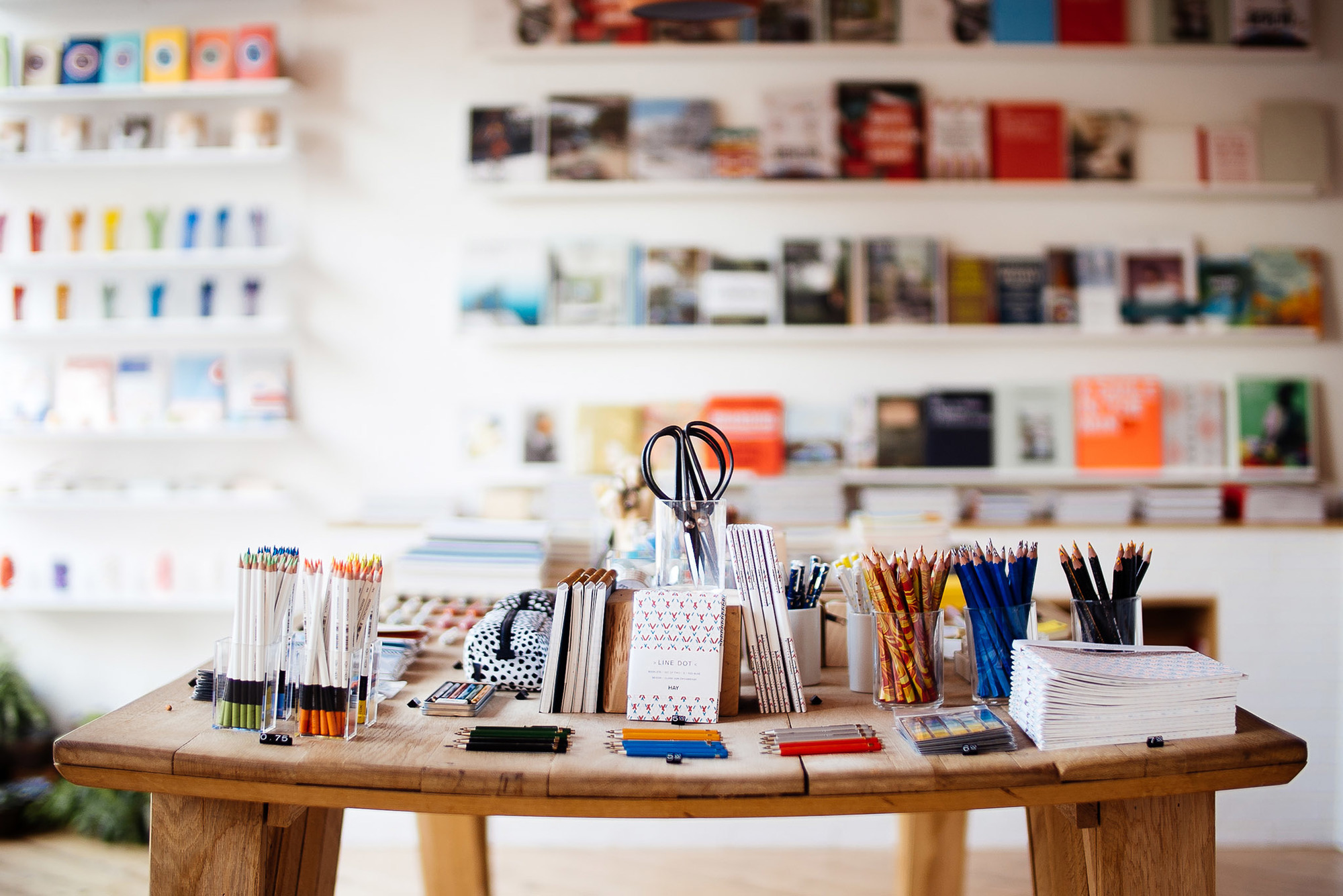 Could you explain more specifically why this area of Bristol, Clifton Village?

First, the building came up and it could offer the space of a design studio as well as a shop floor. We also realised that this area was a lot busier than where we were originally. A lot of locals as well as tourists come here because it is a shopping destination. It means that as soon as we started we made more sales and we can afford to bring more stationery to the people of Bristol.

Kyle Clark and I dreamt up the idea and we own the business. I work really closely with Rebecca Lee who is the shop manager but works with me a lot on the marketing and buying and does all the copywriting. We also have six part-time people running the shop. Finally, Rachel Brown does the amazing photography that you see on Instagram of all our products. 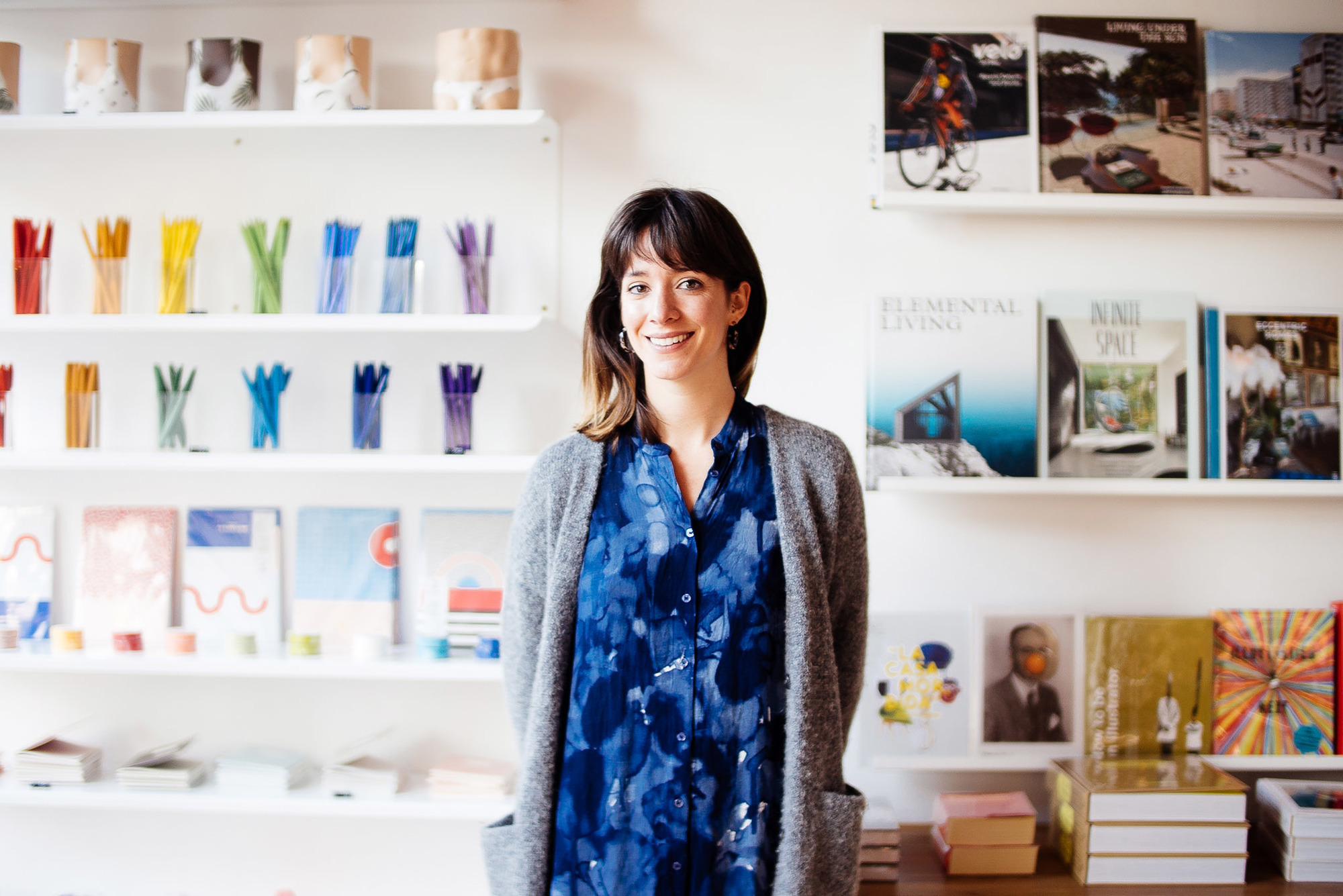 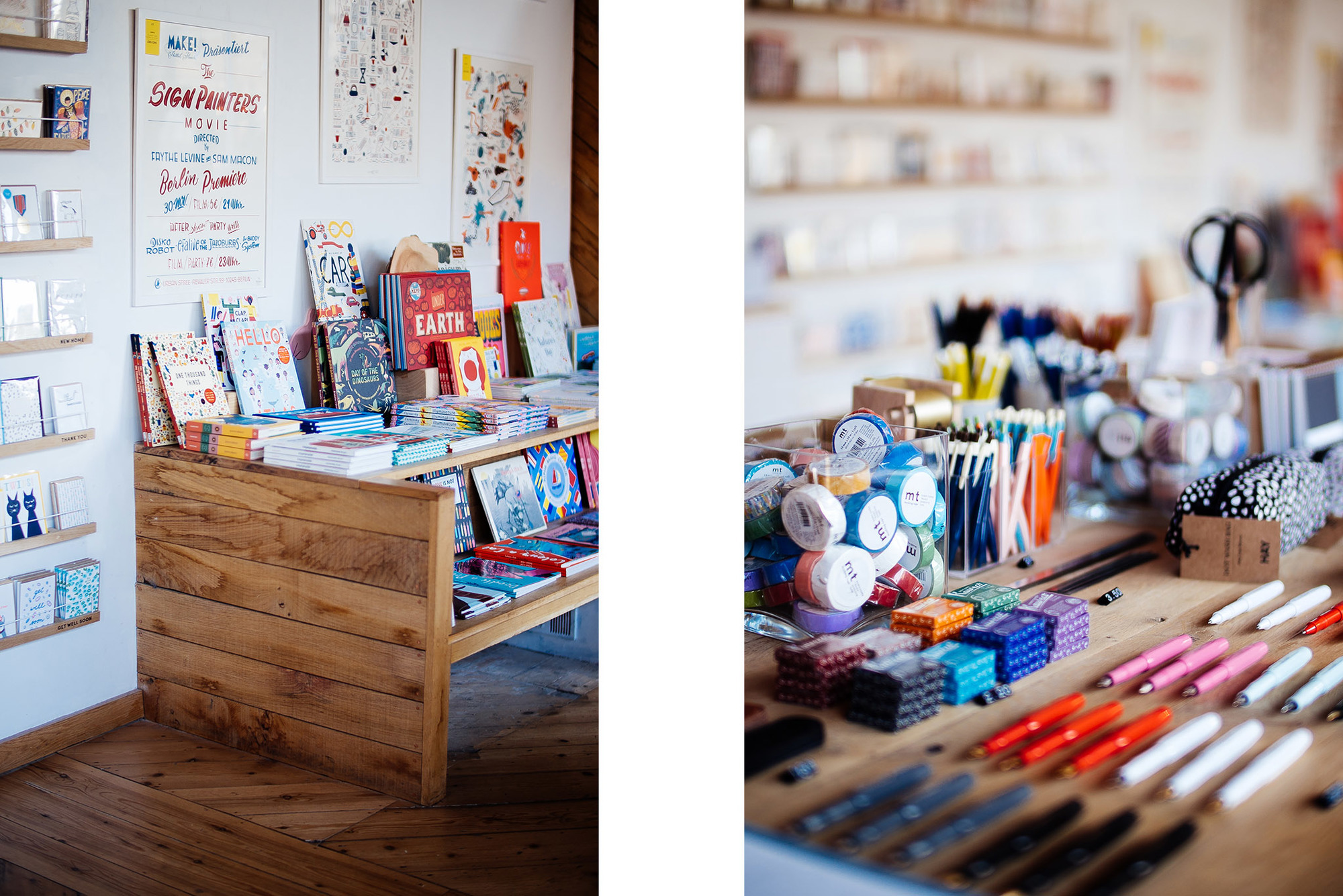 Do you have a relationship with artists, editors, artisan makers, people behind the products that you sell, do you have a direct link with them?

We’ve got a mixture of relationships going on. When we started out it was all direct with makers and designers. Now, as we have a massive shop to fill, there are over a hundred print publications and over three hundred different products, so the relationship I do have directly with designers and makers are amazing as we’ve been working together for a couple of years.

When I went to the stationery show in New York this year, I met with all the card designers there, some of them we went out for diner and it was amazing to turn this working relationship into a real life one. We do work with some distribution companies as well, for the magazines in particular, I source them from the big magazine distributors. Then I work locally with the Bristol Independent Publisher Group and purchase magazines directly from the editors.

What is attracting people to come into Papersmiths?

Stationery is a kind of obsession for many people, this is one reason. The environment in the shop where people come and can browse magazines and books and get their own inspiration. Our big windows help; people can peer in. Something that is quite unique at Papersmiths is our team. Our team working on the shop floor all have an outside interest in stationery, they are designers, photographers, they have studied fashion and they bring really good conversation to the shop floor and can really relate to customers. 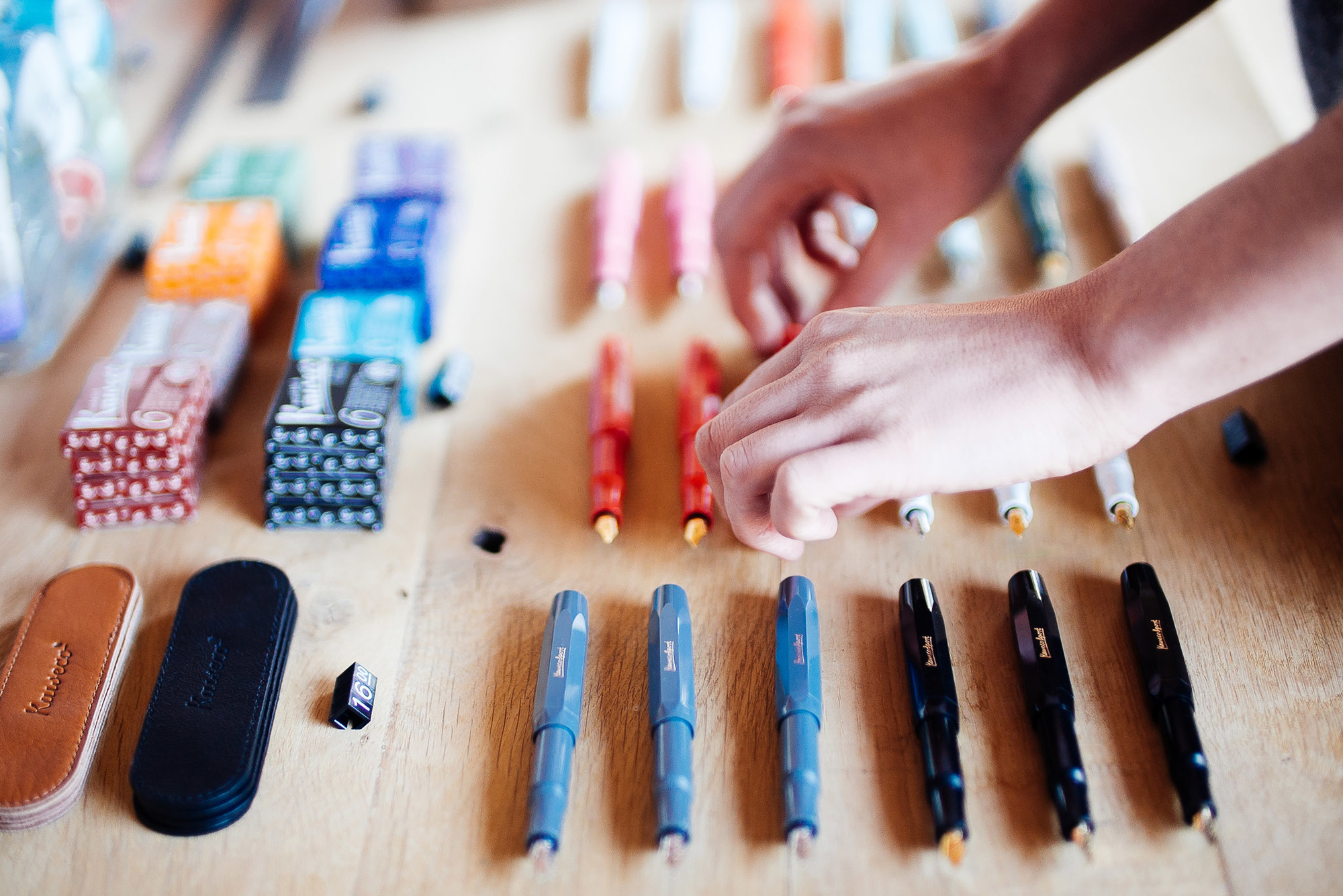 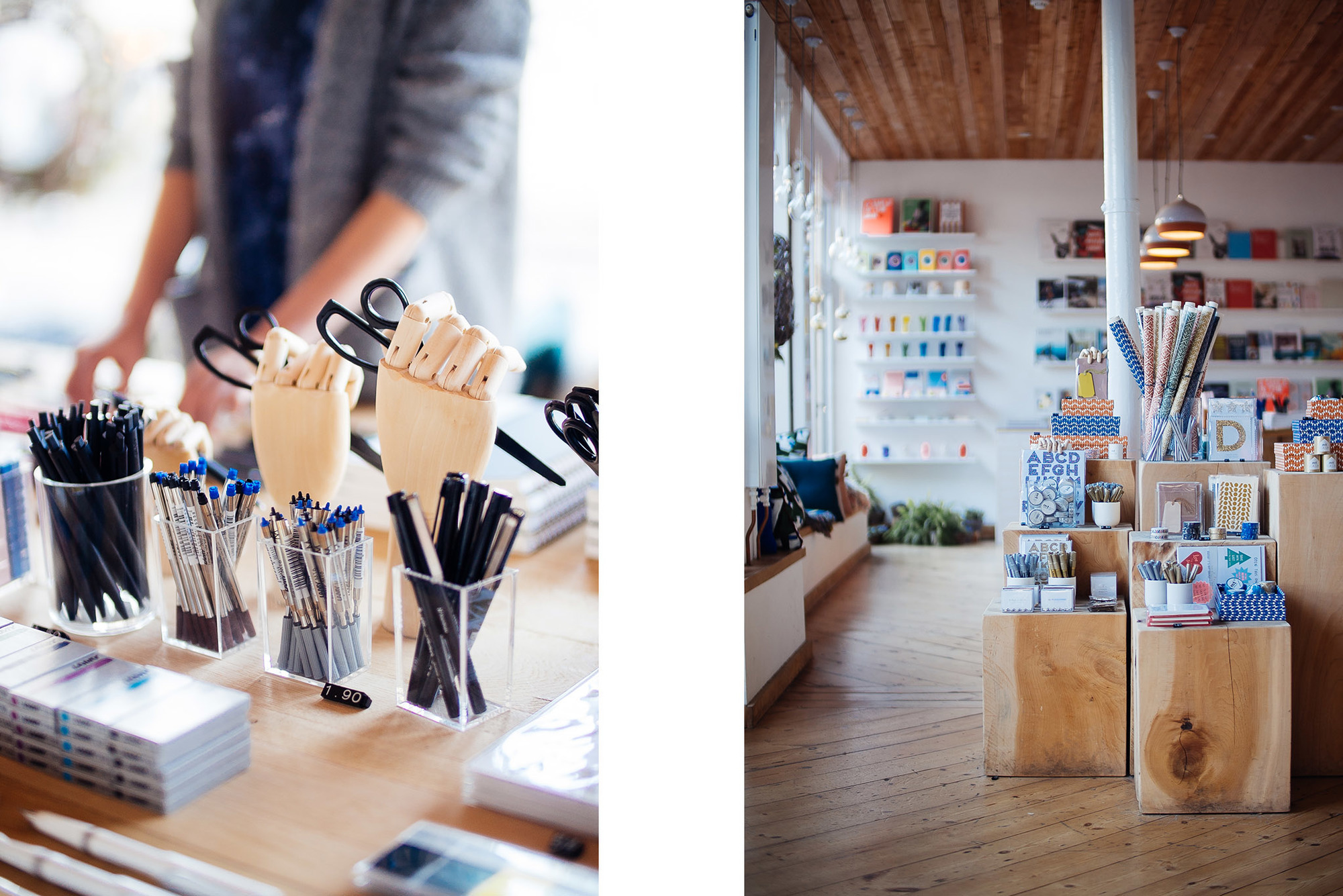 So people are attracted visually by a certain minimalist style?

People say so. For me it’s just how we’ve always done things. From my first experience in retail at American Apparel, we colour blocked everything and this had an impact on my compulsive colour blocking style that we use now for our display. There’s a real sense of order and I like things to be in threes, it works for merchandising, this is therefore appealing to people. There’s also a mixture of the contemporary and traditional.

Can you tell us about the selection of magazines you sell as they are hundreds now on the market?

It’s really difficult. We stock about a hundred titles and we’ve got room for just a hundred, but even though magazines have taken a huge space, we keep a limited amount by offering a broad range across different themes: design, food and drinks, interior, architecture, music, lifestyle, fashion, a decent mix. When it comes to making the selection, there’s an element of personal interest, of specific themes we imagine that customers would be interested in and the titles that work and which we’ve been selling for a couple of years and guarantee in sales 30 to 40 copies sold.

Is print dead or are we witnessing a revival?

I don’t think print is dead. It’s very much alive actually and there’s almost a backlash to the digital culture. We see on our shelves greeting cards which aren’t digitally printed, on the contrary they are using techniques such as risograph, silk screen, boiling letter press, there’s a real movement and resurgence of those. People also want something tactile when we are in such a digital age and when everything is done on a device. 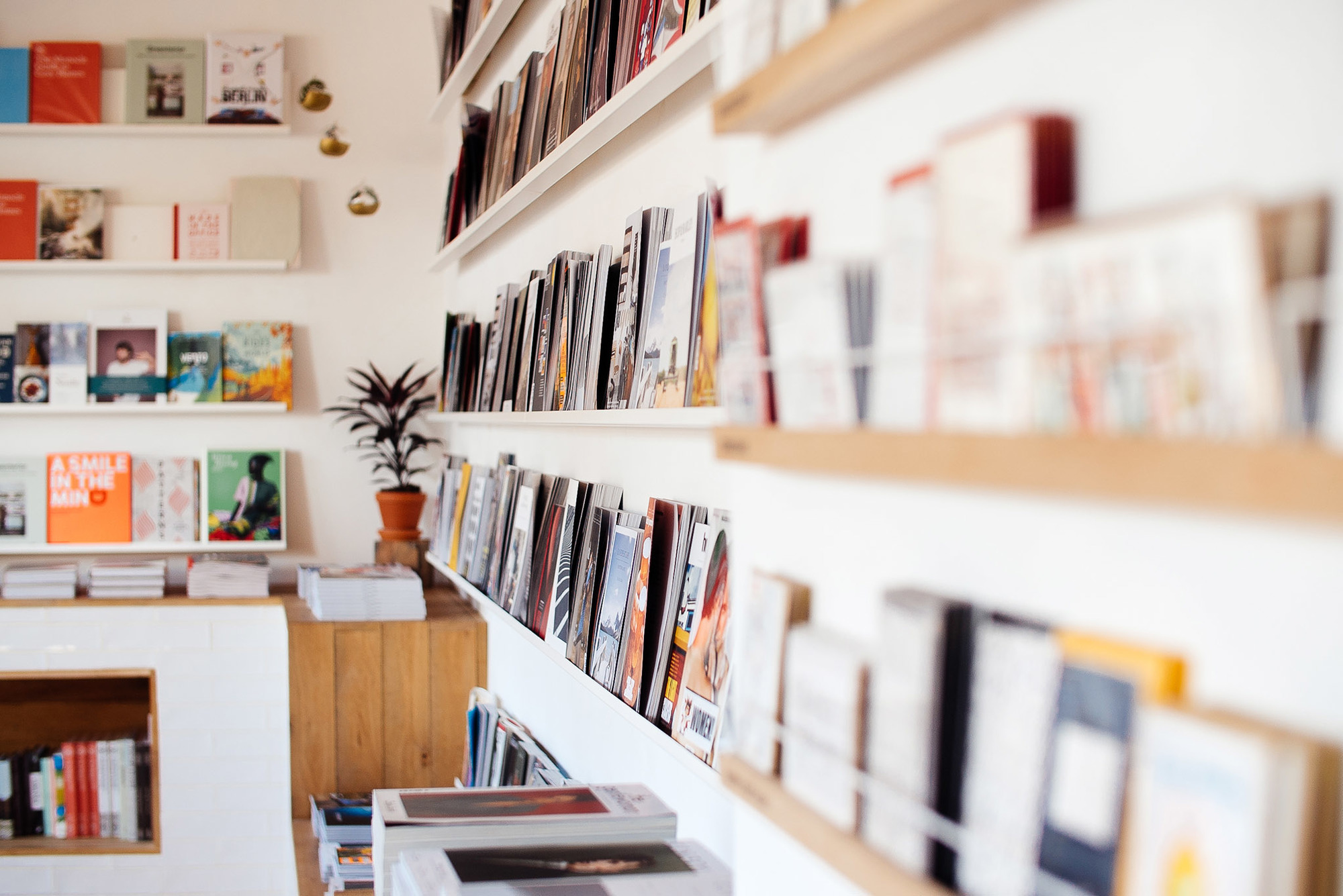 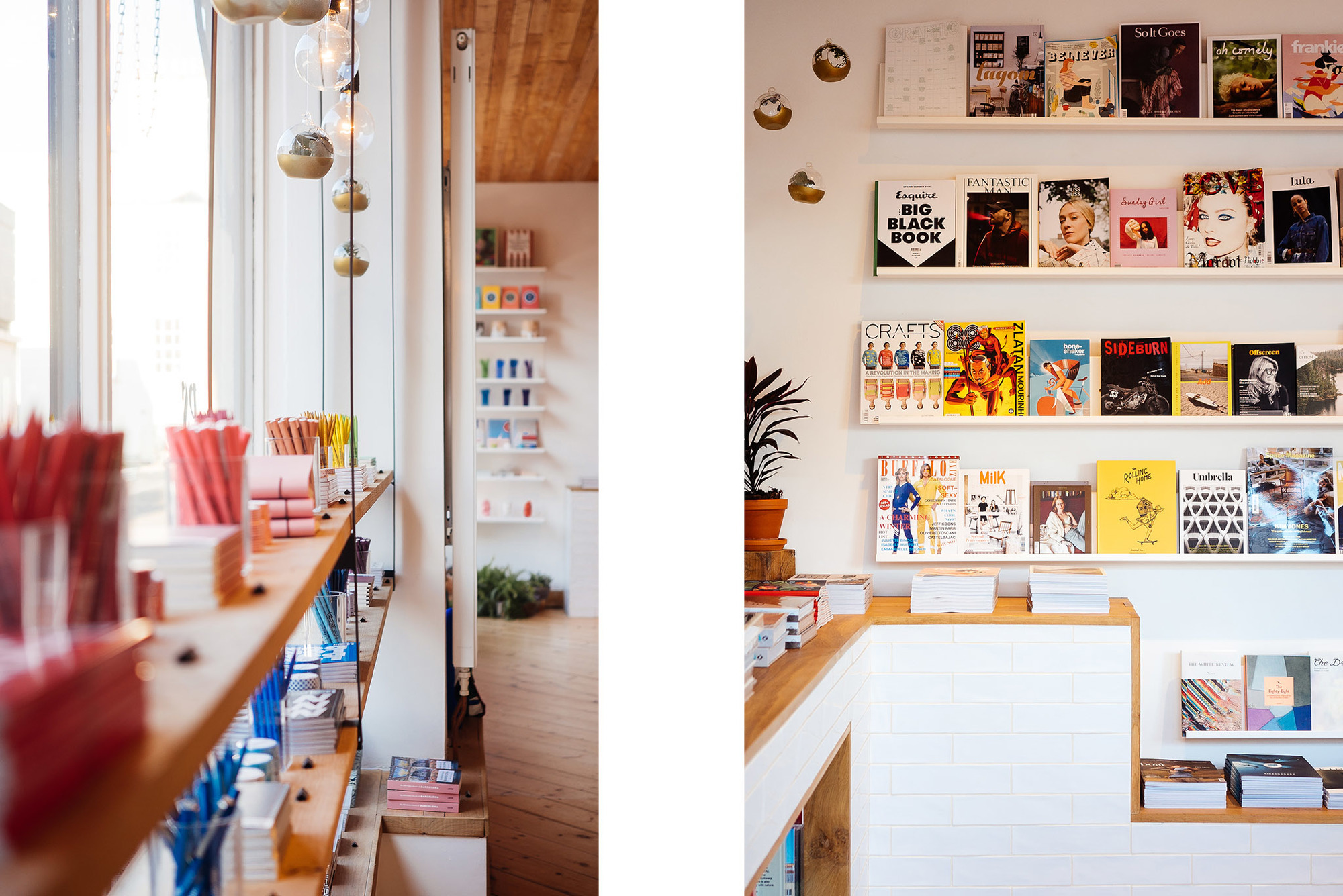 Why are magazines important in a digital world?

Magazines are important nowadays because the internet gives us such an overwhelming amount of information which isn’t usually curated but when it is, it’s generally done by a platform like Facebook. We live in a social bubble where the information comes in quite biased. I’m a real advocate for diversity, the publications on our shelves will have a focus on a particular theme going into a huge amount of depth previously thought by editors putting hours of research and time. I also really value tactility and the feeling of paper and the smell of ink, you just don’t get that online.

To some extent, is Papersmiths a source of inspiration for Bristolians?

I hope Papersmiths provides space where people can come in, spend some time in a trunk with non-pressure retail environment and just browse and if they go away with something that inspires them and create that’s amazing! 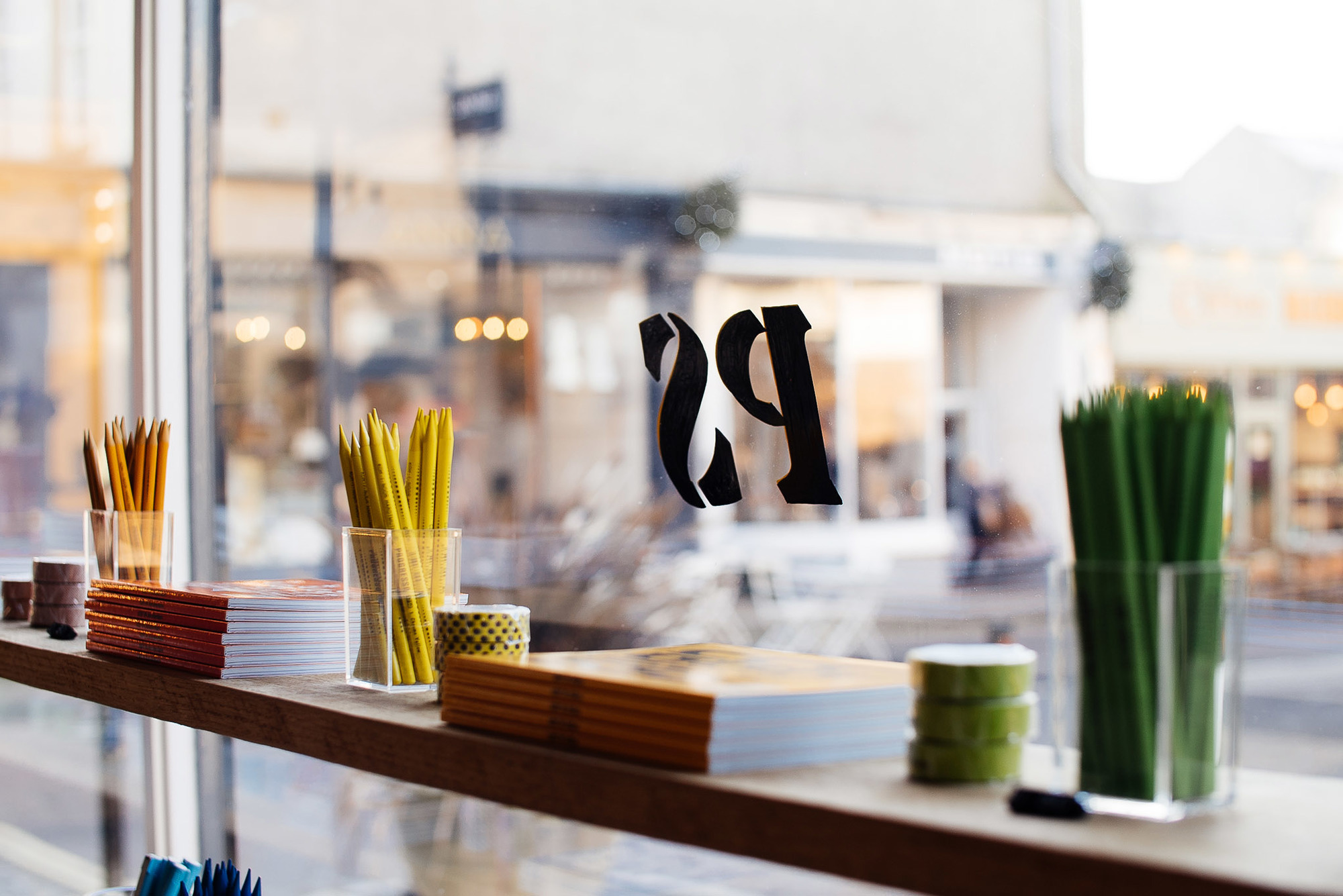 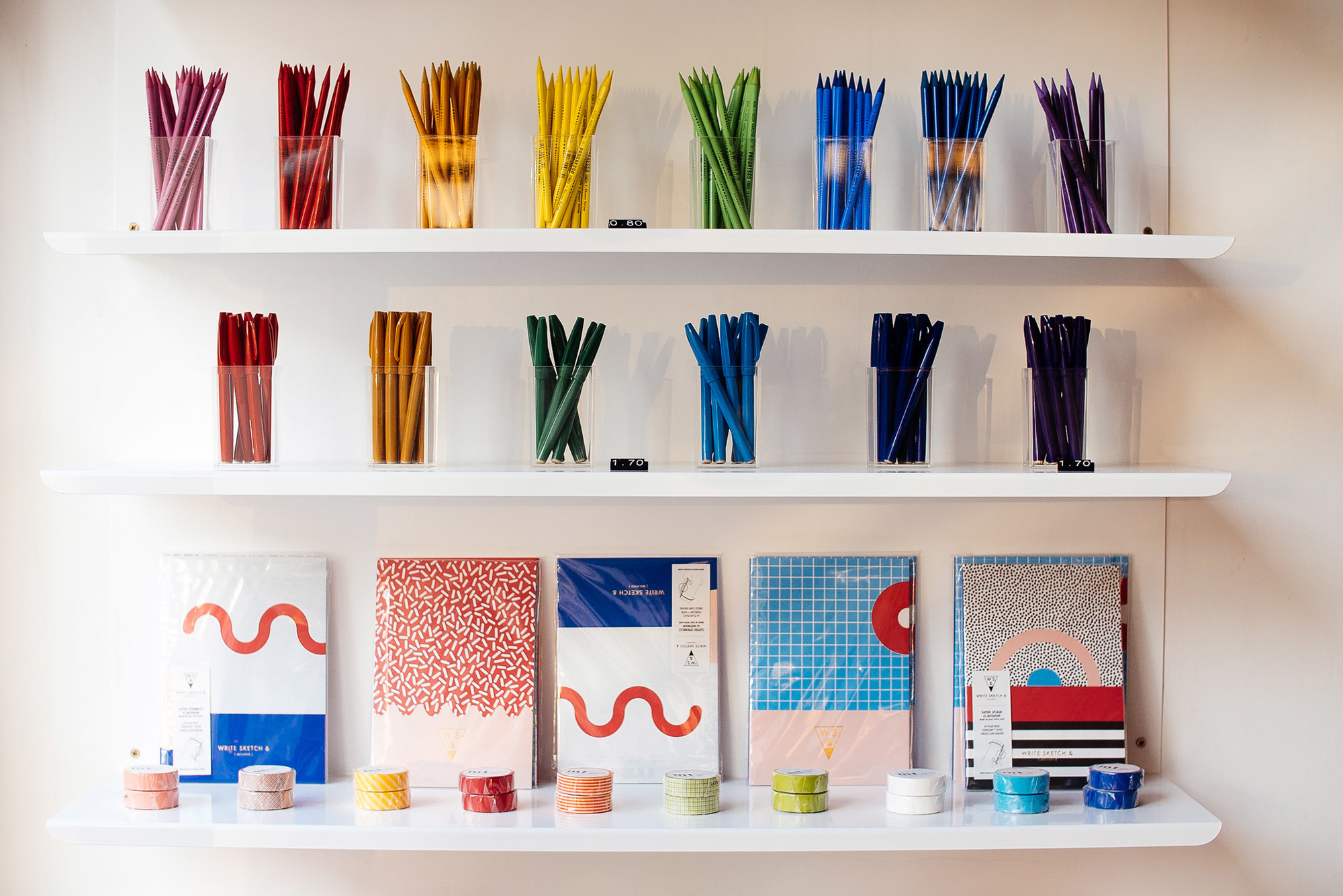 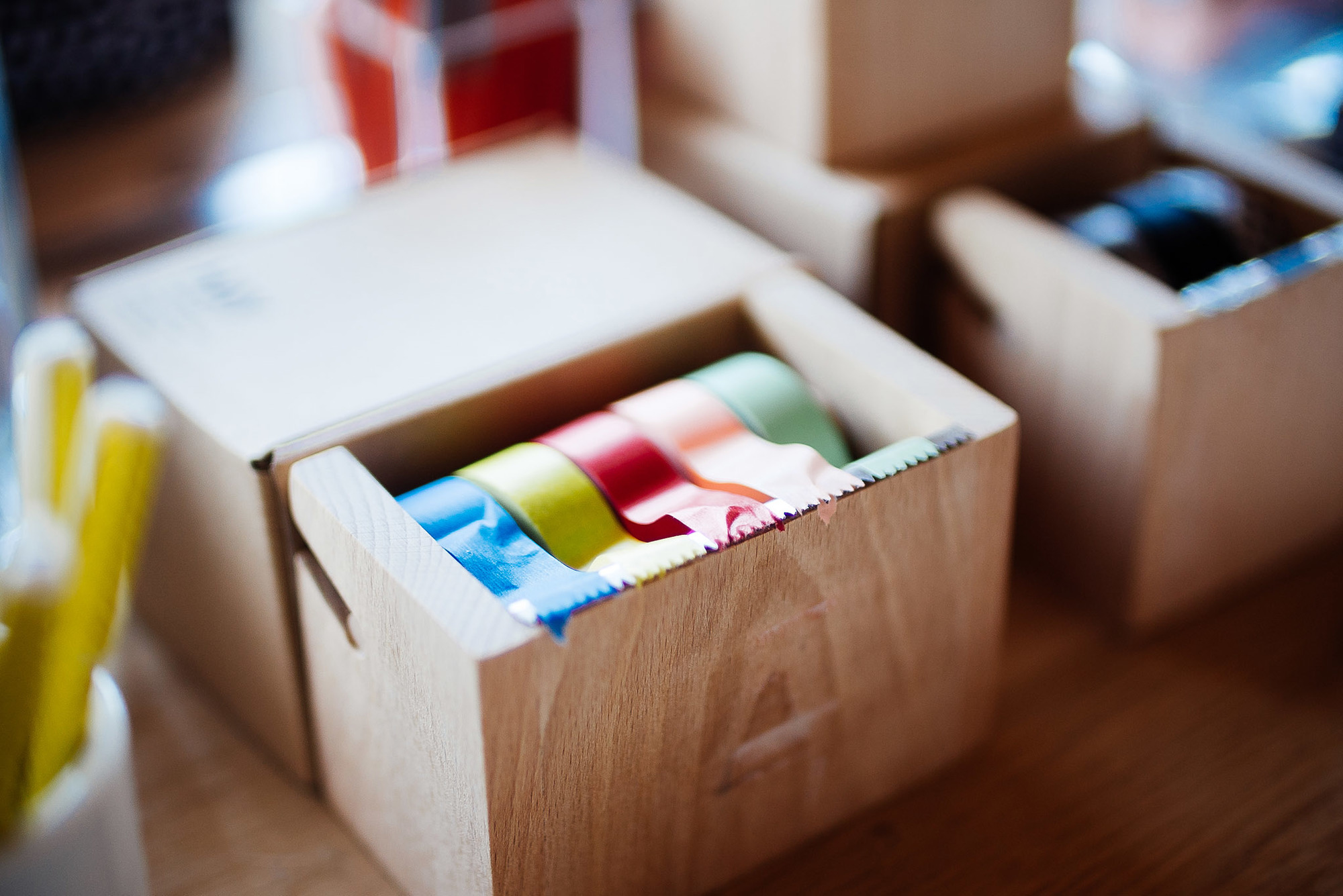 Would you ever consider opening another shop, locally, nationally, internationally?

Absolutely! This year we’ve put in two offers in the Northern quarter of Manchester but unfortunately we lost out to bigger chains. We are looking to new options. We would love to do a pop-up shop in London or perhaps even further that field outside the U.K. For 2017, we are going to focus on our online presence and marketing so watch this space!

Thank you Sidonie Warren for your time and the great conversation. We wish you all the best in 2017.