His art reveals a colorful yet ironic world and he spends his days in a forest outside of Bucharest.

Giorge Roman illustrates life with the good, the bad and the ugly of it. I’m pretty sure Giorge Roman lives in a Neverland universe. Or at least, it sure looks like it. So, contemporary art lovers, I present you Giorge Roman, a Romanian illustrator, painter and visual artist. And, Giorge Roman, say hello to all the eyes who are reading this interview, while you throw your brush and make some magic.

Hi! Giorge Roman is something really hard to define, even for Giorge Roman Hahah! Seriously now, this is a tough question. I see myself as a normal guy, but when you put me next to someone else there’s nothing normal about me, but what’s normal? Ever since I can remember I've been living and thinking in the extremes, there’s no grey area for me, maybe this is what you get growing up in a putrid and corrupt environment, trying to find and appreciate beauty wherever you go. 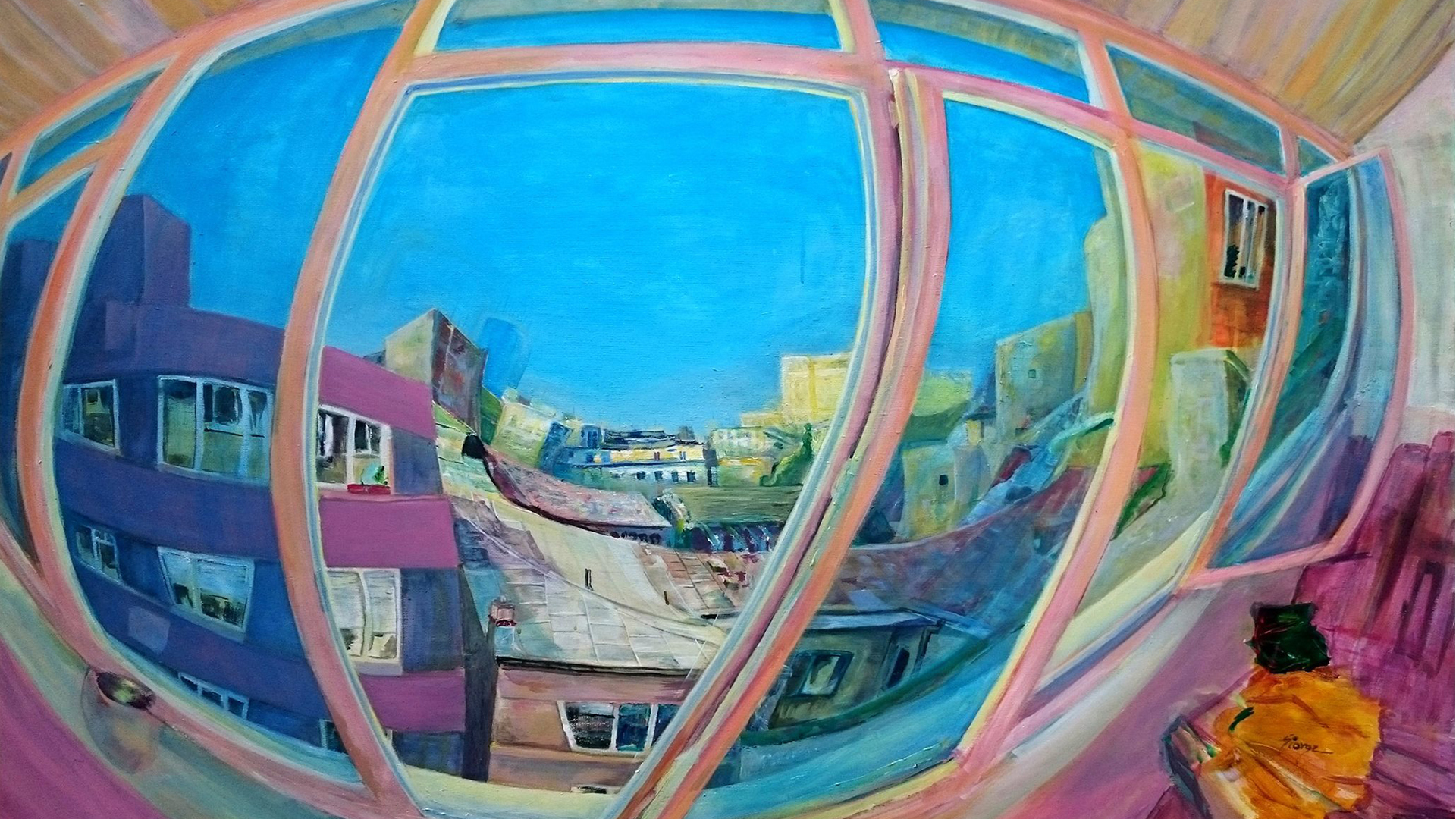 Beats me, it just happened. I just went along with it and here I am. I guess being sincere to oneself, somehow, pays off. I never got a clear answer from myself of how and why I ended up doing what I do, I just love doing it, it feels like nothing else, it feels like speaking all of the languages of the earth.

What’s your favorite thing to illustrate?

I don’t think I have a favorite thing to illustrate. Usually, I get a kick out of a challenging idea, something that I can break a mental sweat over, even if it comes out in the form of a comic, illustration or painting, something that makes a good push into visual communication. This usually happens in a blink of an eye, I sit in front of the easel or my tablet and from then on I can’t remember what’s happening, I step into another realm of profound self and selflessness, a place where time and space don't exist and where words are nothing more than abstract sounds and signs. 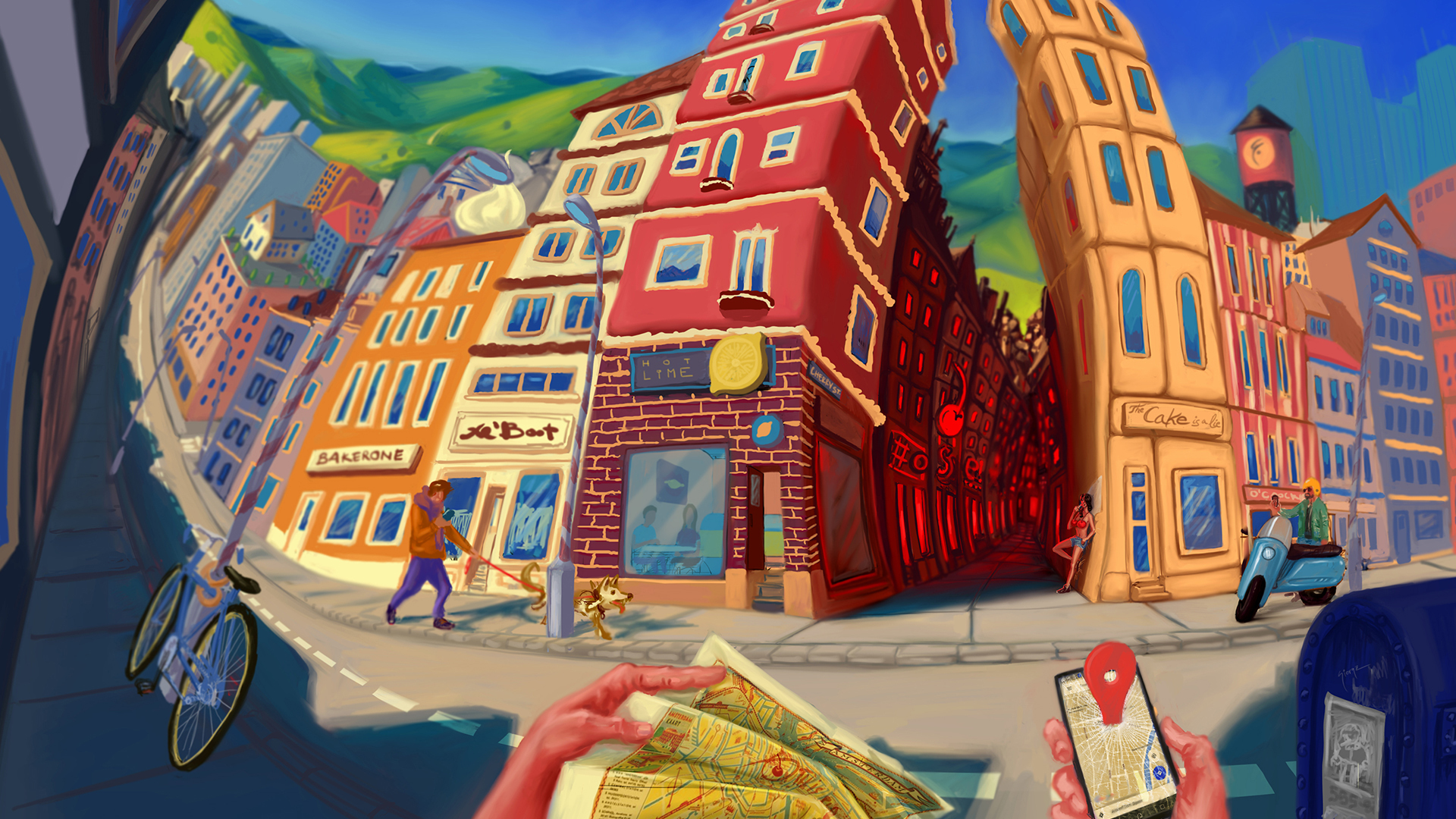 What is it about this thing that defines your style, the round perspective?

The thing that defines my style is that I don’t have a style, I never did, and hopefully never will. My non-rectilinear approach can be considered a style but for me, it’s just a means to an end. In my opinion, oddly enough, the thing that defines this approach is not the 'round perspective', but the point of view, chromatic composition and the tackled motifs. Sketching different ideas it ended up looking like this, I think this shows how important it is not to think about how your creations should look like, but what you want to communicate through it. 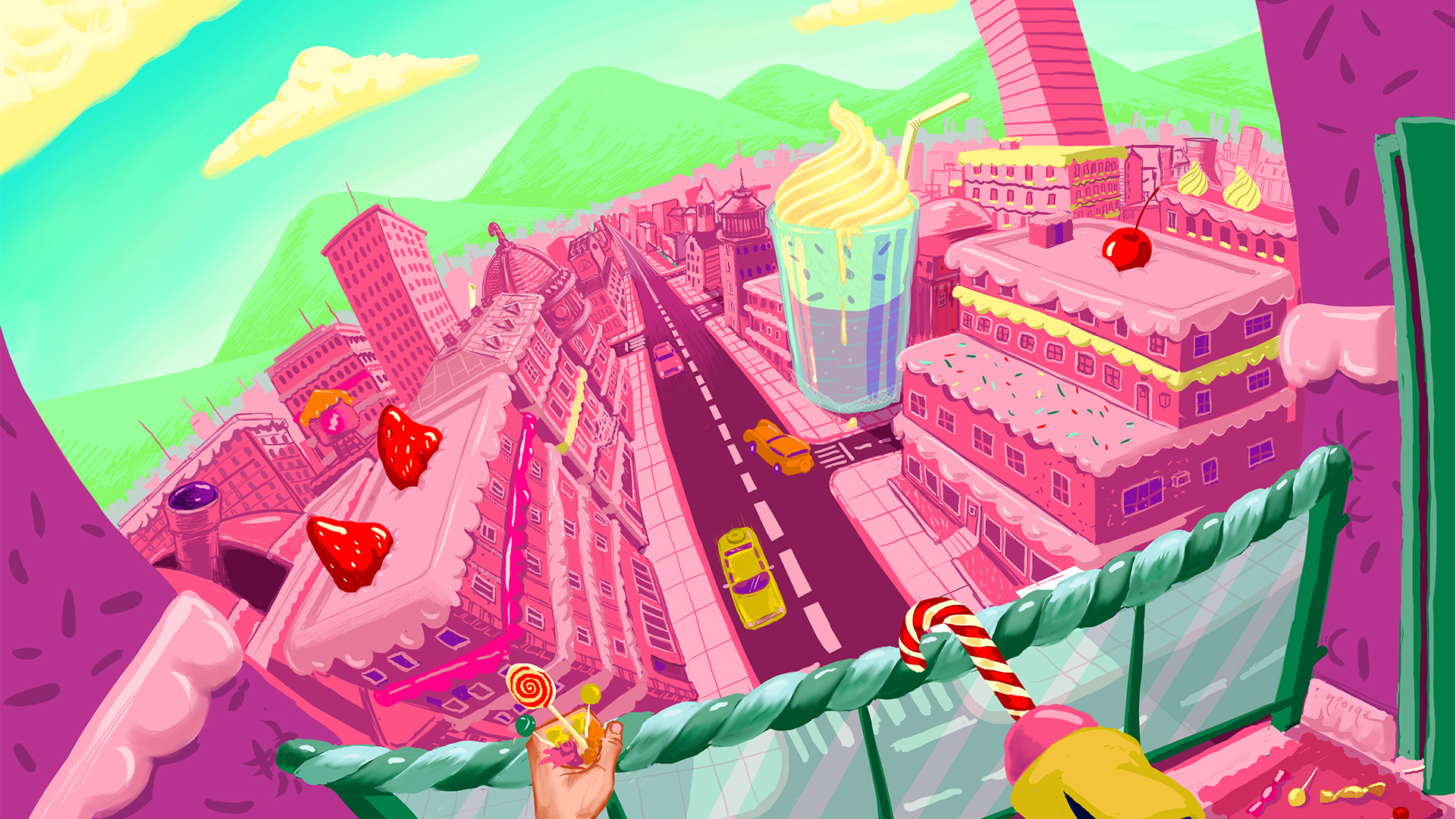 Life, observing life in all it’s colors and shapes, this serves as a profound inspiration to me, also my dreams, I know this might sound trivial but the two put together, the perception of the reality and introspection into the unconscious mind end up as a hell of a recipe for my works.

Do you have a favorite from your artworks?

None and all of them. I find a creative comfort working in this sort of paradox. I can’t consider one to be above others even if the concept is complex or shallow, they all have a role to play in my body of work. 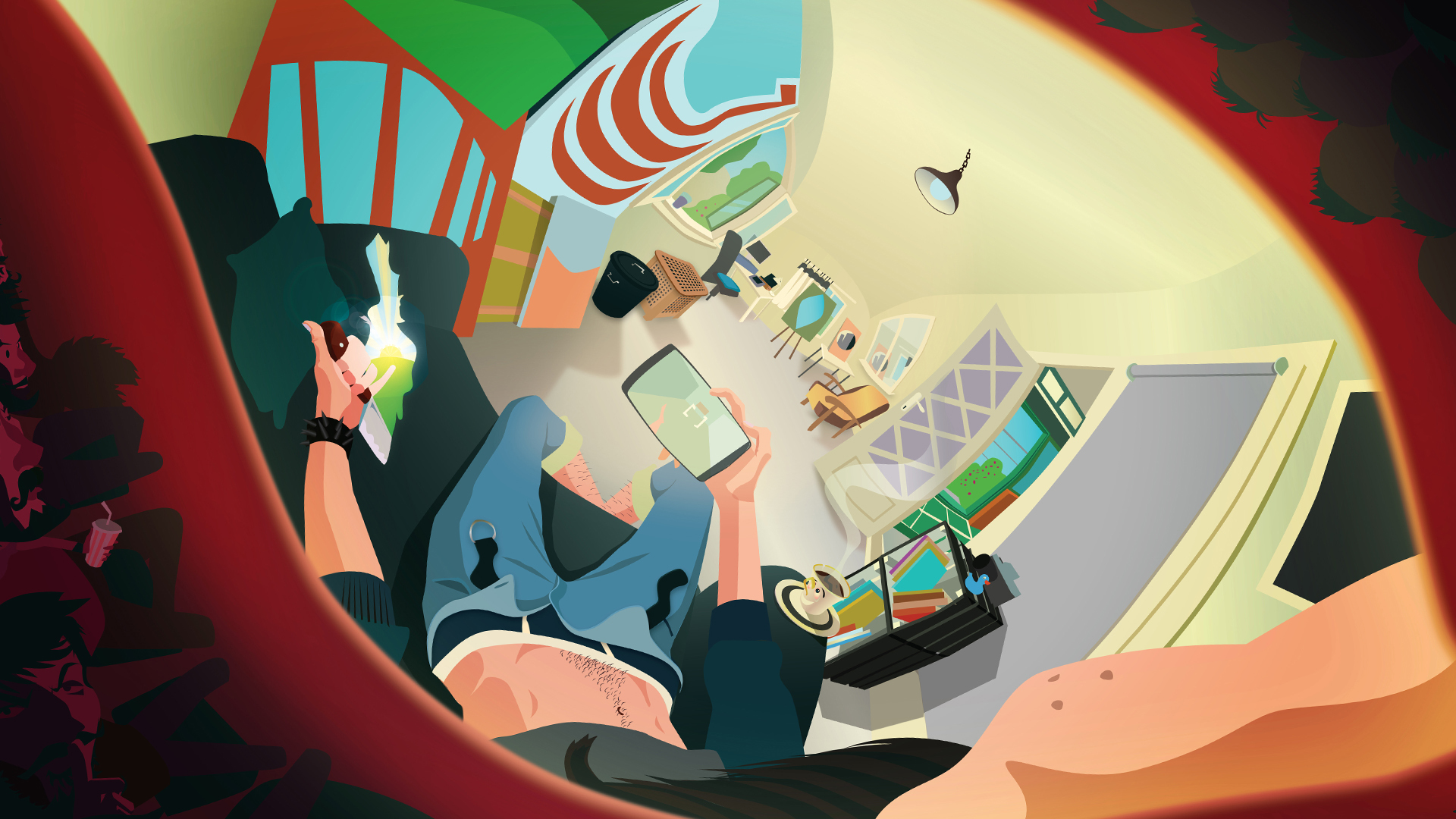 What would you change about this art „industry”?

I would flip it like a pancake. For more than half a century now the art world has turned into some weird type of sweatshop where artists align themselves to the status quo, reflecting the market and the corrupt soul of the consumer. This has to change!

Where can people see your visuals?

Mostly on the internet, on my page, and on other social media platforms. In the near future, I intend to bind a series of my illustrations in an art book, and maybe an exhibition of my paintings.

As Giorge tells his story, I can’t help but be glad I met him in a starry night, at the Bucharest Athenaeum and took notice of his art. He has become a popular illustrator since then and all due to this talent and introspection. I should have known in that very moment. He had a shining star upon him.