Warning: this interview was taken while we were drinking prosecco and eating sweets.

Bucharest, 5th of July 2016, 35 degrees Celsius. We felt literally hot and we thought to ourselves: why not feeling fabulous, instead? So we paid a visit to Ioana Dodan at her Fab Squad HQ.

The Fab Squad is about atmosphere. Just a few photos aren't enough 'cause I want to talk about that person through my photography. I'm looking for the best version of yourself, that version even you don't know about it. 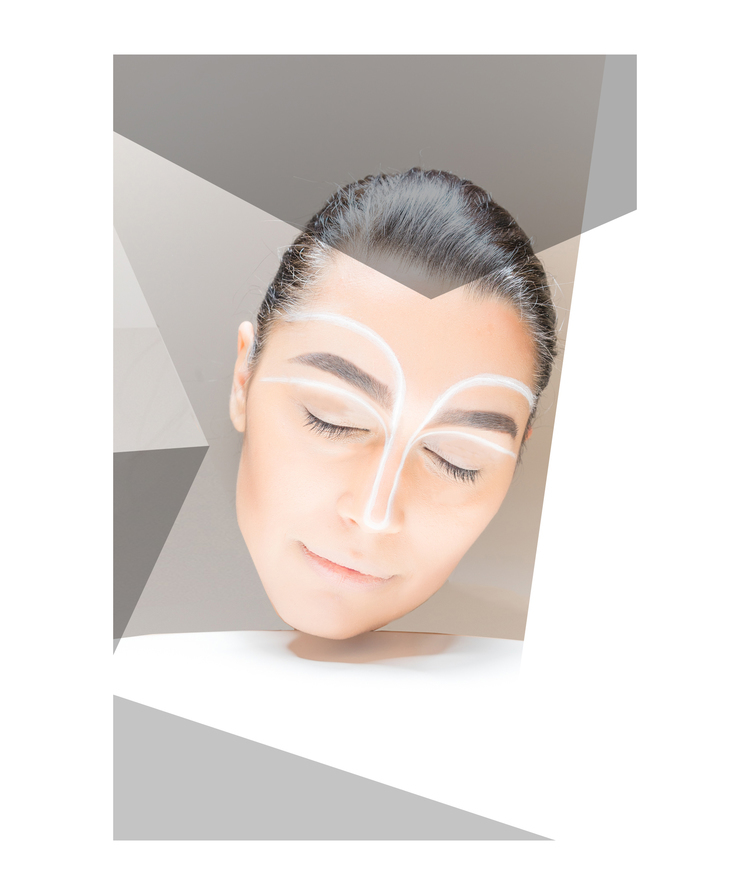 Ioana, you have a flamboyant personality and we sure think of the word "fabulous" when we see you, but what made you start the Fab Squad and why?

Thank you. I always liked this word "fabulous" or "fab". In high-school I was in a theater company and I think it shows in what I do now. But everything began in college here, in Bucharest. As an architecture student, I used to throw parties where I helped Vlad (now turned husband) who used to take photos of our friends. I did the styling and make-up for him. And I continued to do this even when we left for Chicago and Shanghai after graduation.

Wait. Let's talk about this. How was the transition from Bucharest to Shanghai for you?

In Shanghai I worked as an architect but I continued to throw parties with make-up and painting. There, expats are sort of staying all together as it's hard to come into their culture and lifestyle as a foreigner. Because of that I organically become friends with many South Americans. They were closer to my personality and many of them were into fashion. So I began working in fashion photography and I continued doing make-up. I think the peak of my time there was when I did the make-up and styling with the team I had there for 2 shows at Shanghai Fashion Week 2015. 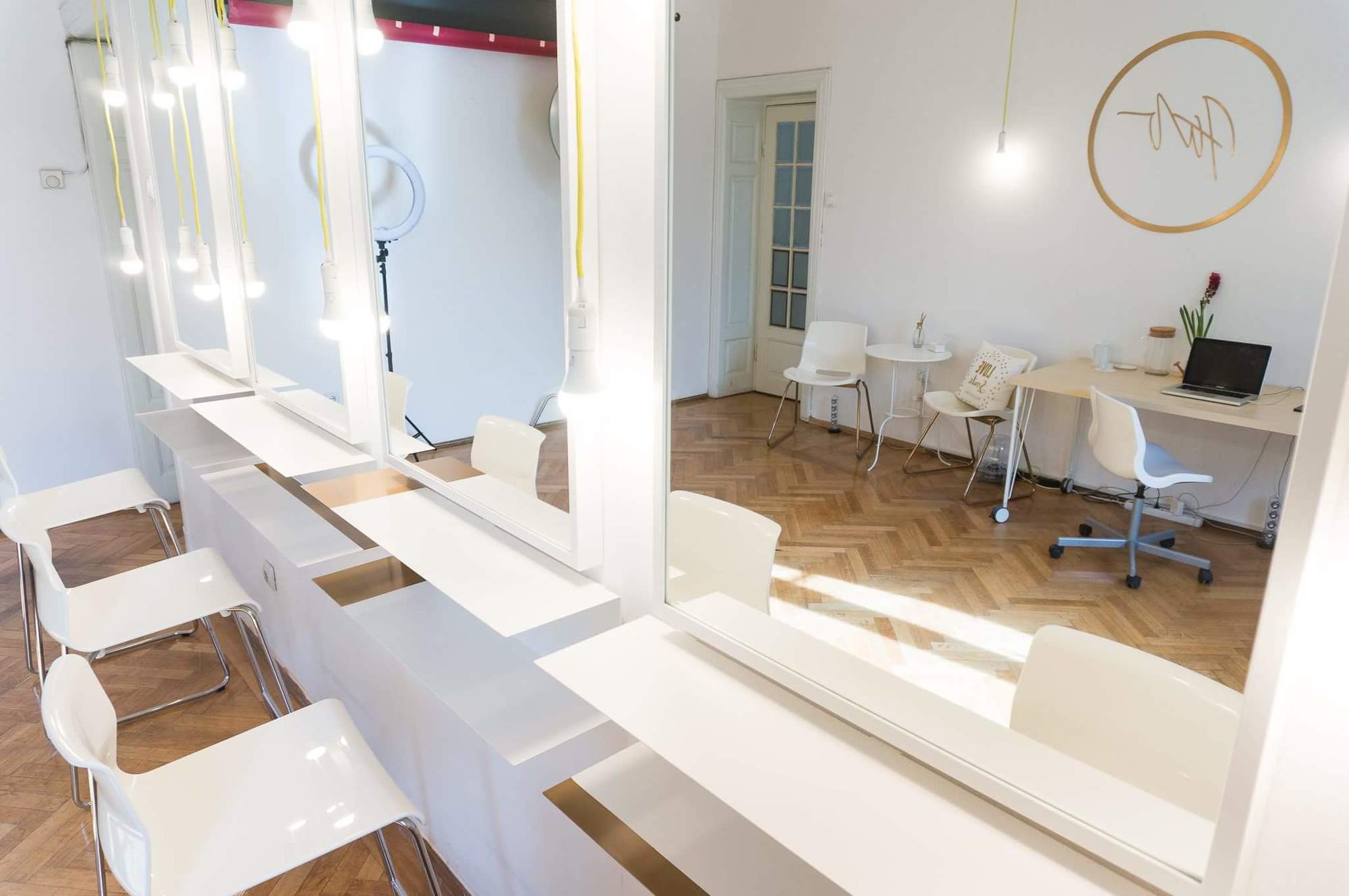 What did you learn from your time in Shanghai? And how things are different from here, in Bucharest?

China taught me to have patience. As an architect you never had the time to finish your project at the level you wanted. You had to do something medium-level constantly and then wait for the dust to settle on that project and start over. Because of the linguistic barrier you learned to have patience to understand the others and see the good in everyone. And also the superstitions... they even moved rivers if they were not supposed to be there according to Feng Shui. As a student in Bucharest I was taught to always strive for the best in my projects and dissect everything from a geometrical point of view. You had to have a concept in your mind and struggle to take it to the next level.

What made you return to Bucharest?

I always felt like an outsider there. Few stayed longer than several years. Everybody was sort of on their way to somewhere or something else. We always heard good-bye and that was super-crushing each and everytime. I missed having real connections. You know... like staying on a couch and not needing to say anything to the other person. 90% of the conversations were like this: where are you from? what do you do here? I needed that familiar feeling, to feel that I belonged somewhere. Everything seemed temporary. You couldn't shake that feeling.

And did you find that familiar feeling here, in Bucharest?

Yes. Bucharest offered me everything Shanghai couldn't offer. Bucharest offered me that calm, that steadiness, to stop all that noise and put all my creative ideas into practice. When I opened my studio here I said to myself: I want to blend my love for people with my creativity to get the best from them. And Bucharest offered me people that I'm on the same wave-length creatively to work with, on an extended period of time, not just for a project like in Shanghai.

How is your Bucharest?

From my point of view, Bucharest is great for an artist. It's like an empty canvas that you can paint with your own vision. I don't understand the people that say Bucharest is "passé". On contrary, it is really open to everything new and interesting. We just need to communicate more creatively between ourselves. We need more creative hubs.

Tell us more about your upcoming project, DaDaFAB.

My fascination with the Dada movement began when I was studying architecture. In architecture we are always restricted by rules or guidelines. The idea of not having rules and not knowing how one would react to your work thrilled me. This project is still in pending because I'm searching for a connection between my portraits and also to explain coherently all my abstract ideas. I need to do all of that before my exhibition in December. I don't want to miss the Dada centenary. But by then I'm busy working at my current projects, that include make-up and parties with prosecco, of course (giggle).

How do you see the online world and how did it change us?

I believe in everything that happens online now. I think you must keep up with all the changes in order to stay relevant online. For example, I love the gifs and the videos without sound. I think those forms of expressing yourself are the future. And your profile on social media can say a lot about you as a person. I personally research everyone online before I met them at an appointment. Even for a professional photoshooting I have a concept, for which I need information. I do image consultancy and personal branding also and I see that people are still oblivious of their image online. We live in world where your Instagram can boost your career if it's done right. 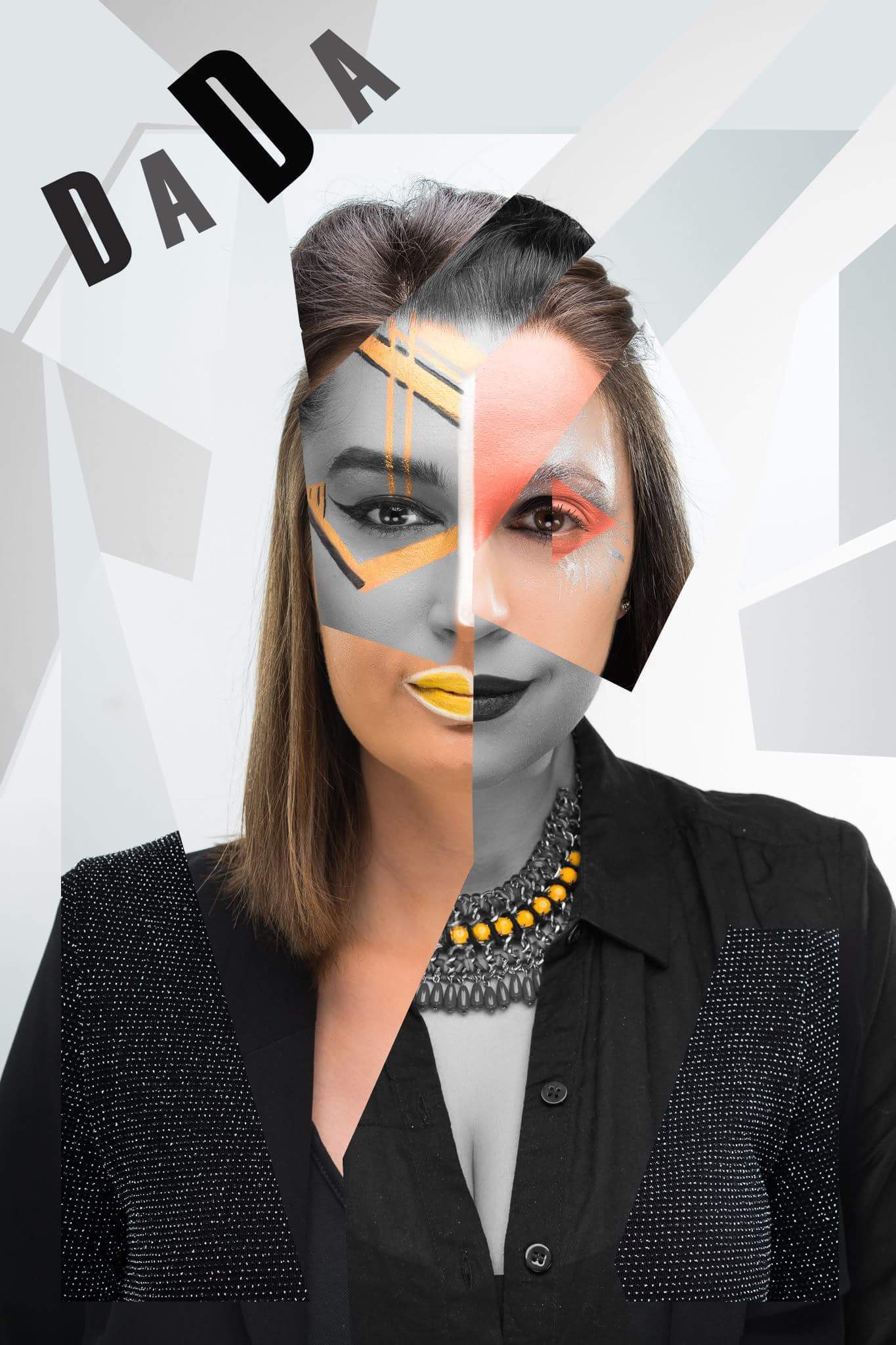 Tell us 3 people that have an influence on you.

I like eccentric people so I'm inspired by Alex Box, David Bowie and Karl Lagerfeld. But wait. Beyoncé is my girl. Who's more Fab than her?!

What's next for the Fab Squad?

I want to keep changing the way people see themselves. I mean, I'm often thinking what I do is kinda superficial, but then I see everyday that what I do is not just a photo. People that think of themselves to be common discover here their extraordinary innerselves. I help them do that even by talking with them for hours. Often, they text me all kinds of revelations after they leave my studio and it's awesome. My vision is to gather lots of people and do inspirational stuff for women, to teach them to see themselves from a different angle. It's an experience. A Fab-experience. Because I want to make everything Fab even when I speak!

And we had that Fab-experience and we can't wait to see our photos in her exhibition in December. Raluca discovered the perfect light for a selfie at Ioana's studio (and we know Raluca loves the selfies!). Adriana even went grocery shopping right after our interview, wearing all that sparkling make-up and listening to Beyoncé - Run the world (Girls).