On April 1, nearly 4000 photographers around the world hit the streets for 24 hours straight (no, not an April fool’s joke) to document life in their city as part of the fifth annual 24 Hour Project. Starting at midnight local time, the goal of this annual photo marathon is to capture and share one snap on social media every hour for 24 hours. Think of it as a scavenger hunt where instead of collecting miscellaneous objects, you seek and capture Humans of New York moments and share those moments on Instagram every hour for a day.

With a little nudge from friends (Annette I’m looking at you) who had participated in past years in other cities, the photojournalist instincts in me were stirred, and with some trepidation, I registered for the project, and at that moment, I knew I was ready for an adventure. My concerns about strolling the streets alone during the overnight hours disappeared; zero bleeps were given about losing Instagram followers who are used to seeing pretty pictures a few times a week on my account versus a tsunami of 24 posts over as many hours featuring primarily streets of Minnesota; and all worries of inclement weather were thwarted when mother nature promised to deliver a top weather day on an otherwise unpredictable early April spring day in Minnesota. 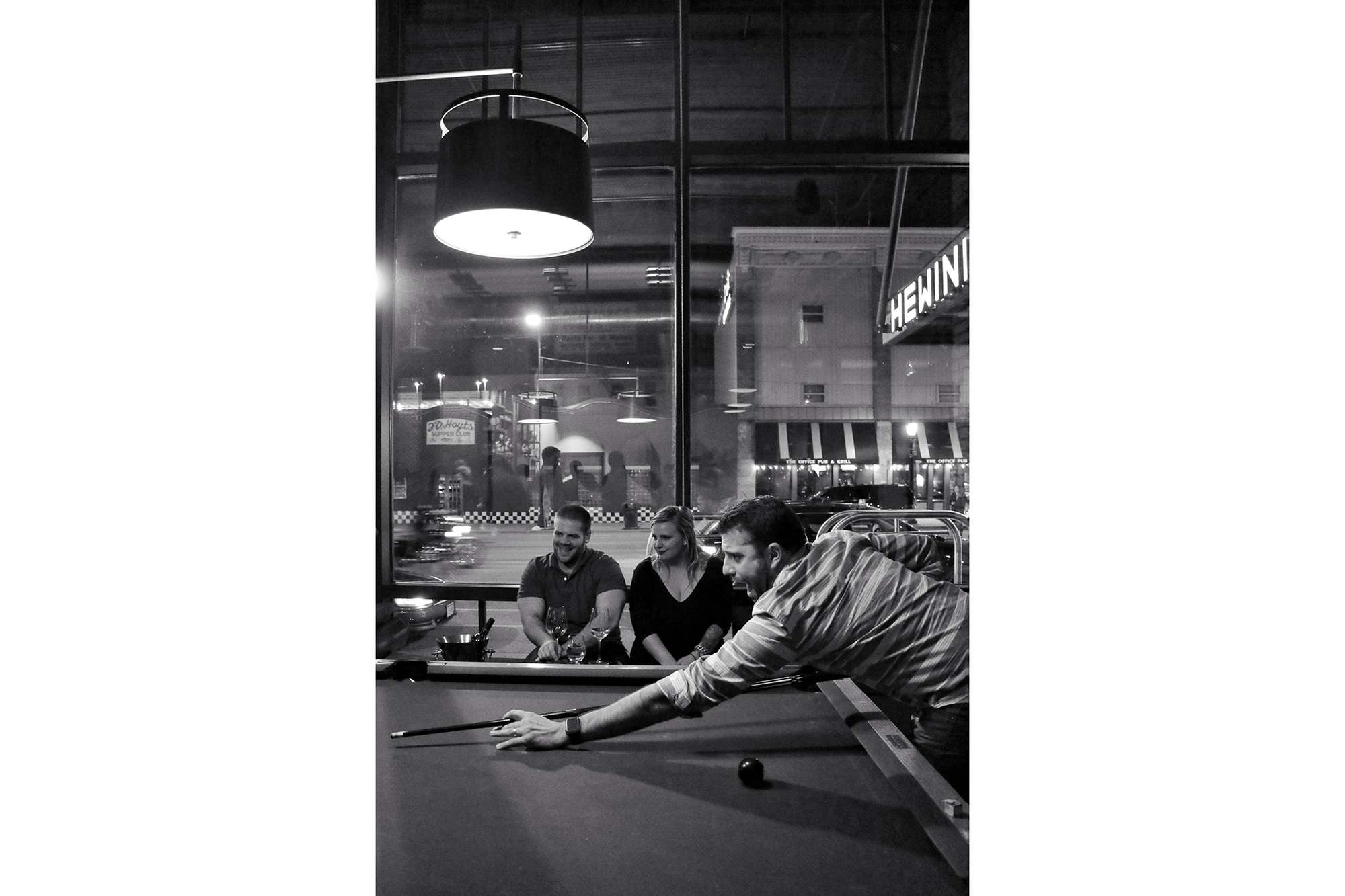 Armed with my main sidekick, coffee, and well wishes from friends, some of whom would weave in and out to photo-walk with me in the next 24 hours – one even helped me cross the final hours – I set out to capture Minneapolis in all its glory. 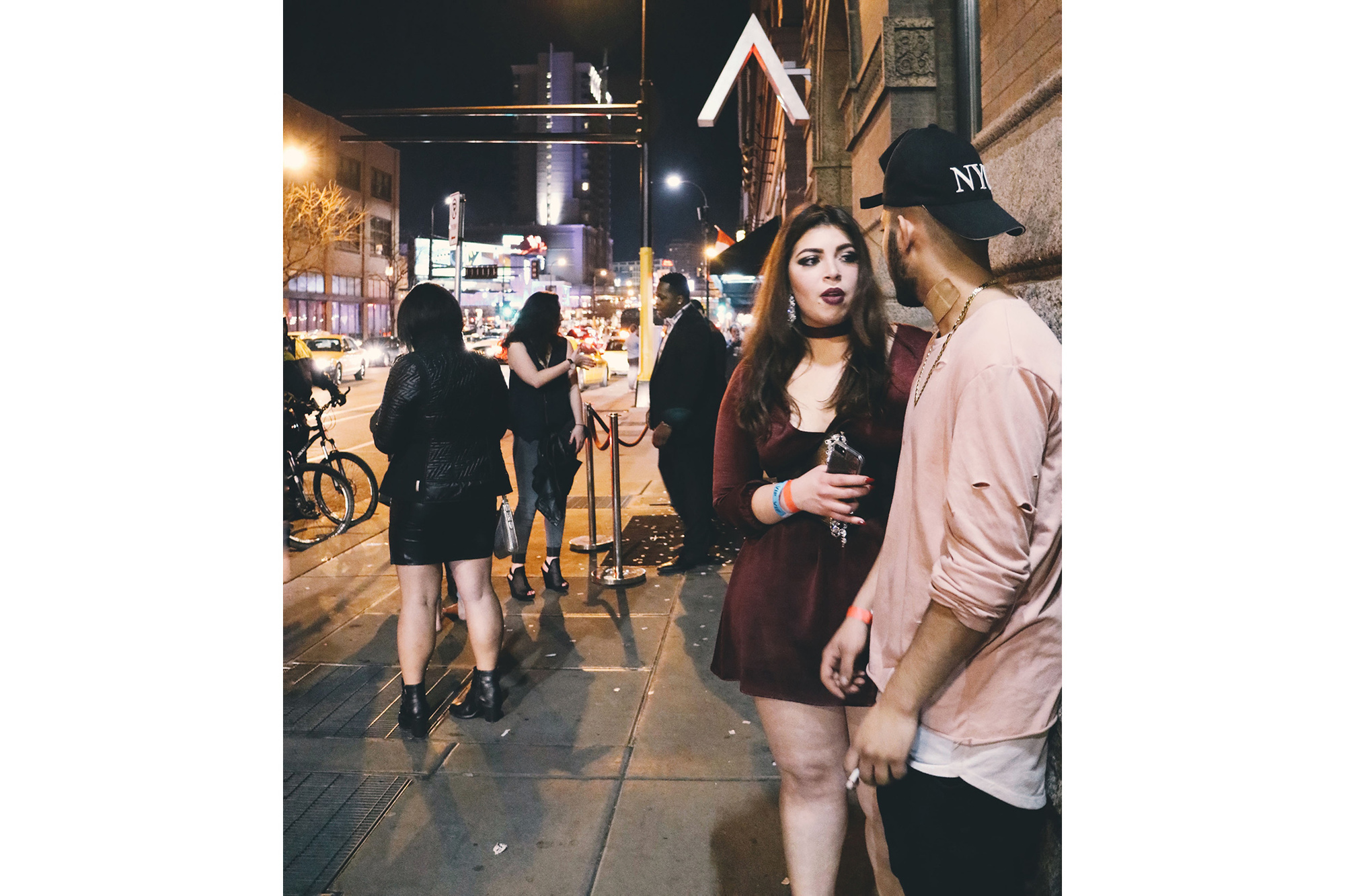 A lot happens in the early hours of a Saturday in Minneapolis, it turns out. Who knew Minnesotans are their friendliest from midnight to 3am (bars stop selling alcohol at 2am in Minnesota). There is something about inebriated people seeing a photographer and wanting to have their picture taken; I must have at least a half dozen revelers volunteering to have their mug shot. Parking ramps (parking garage for my non-Minnesotans) present some interesting scenarios after bar close as well. 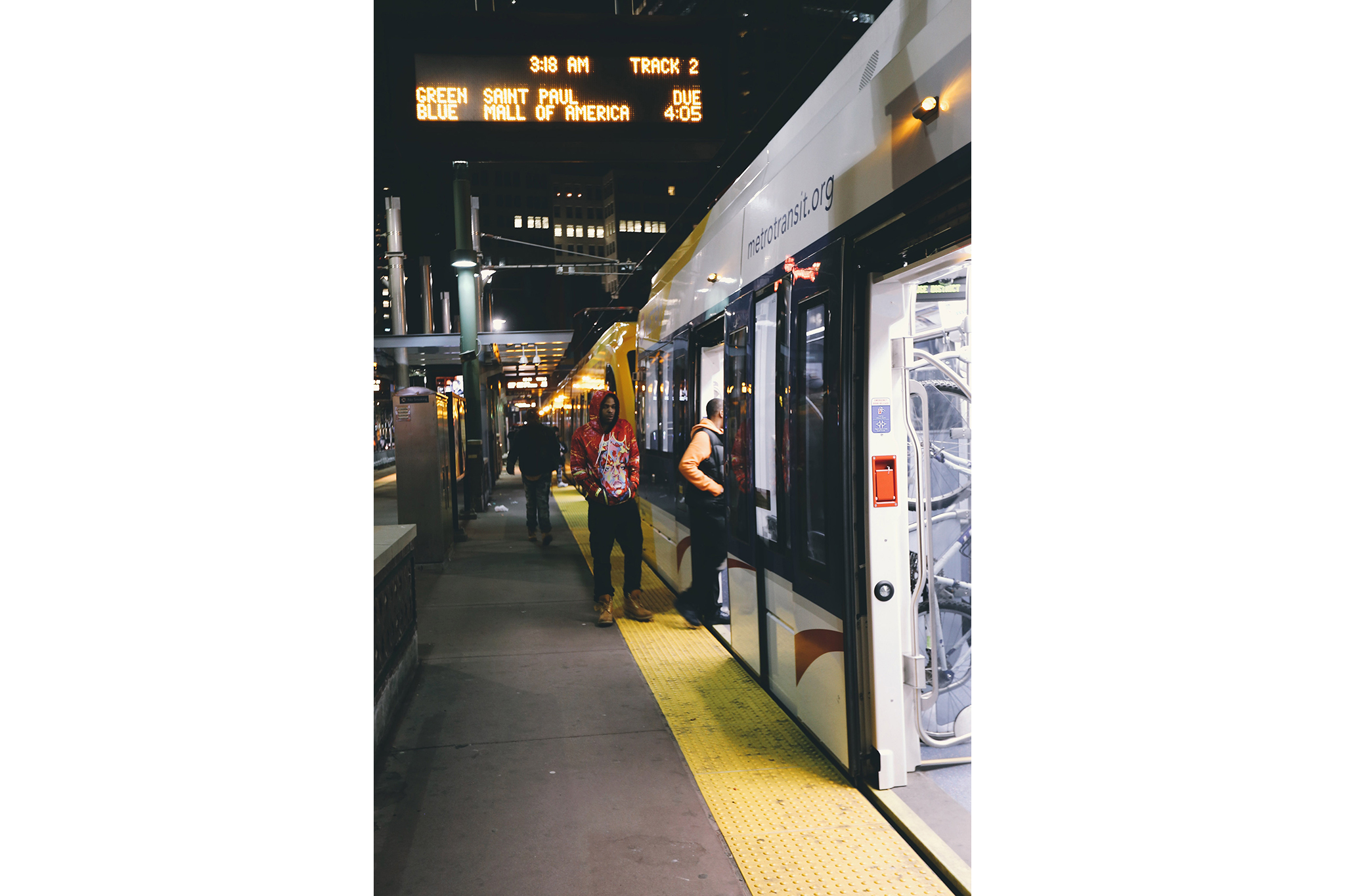 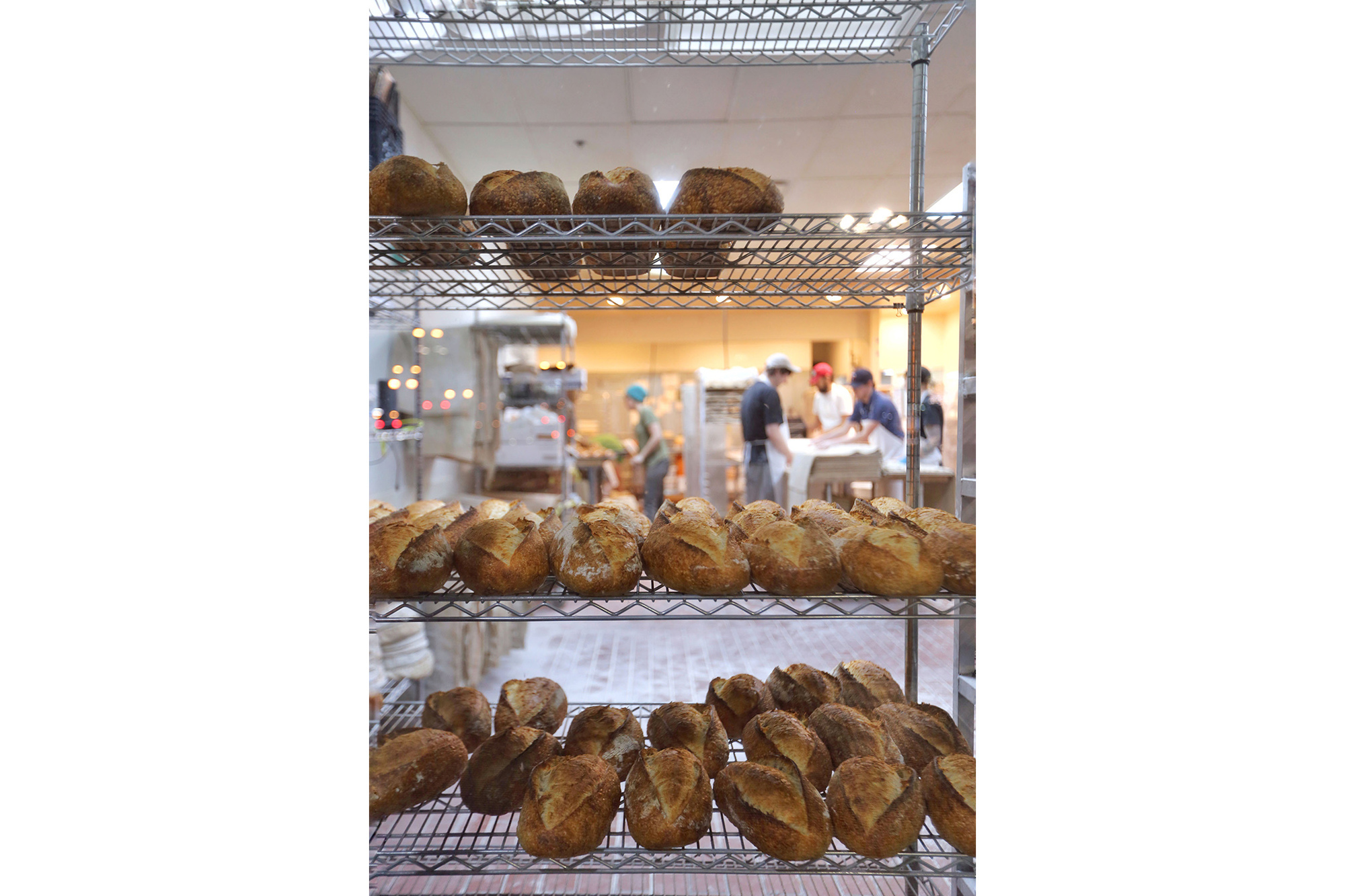 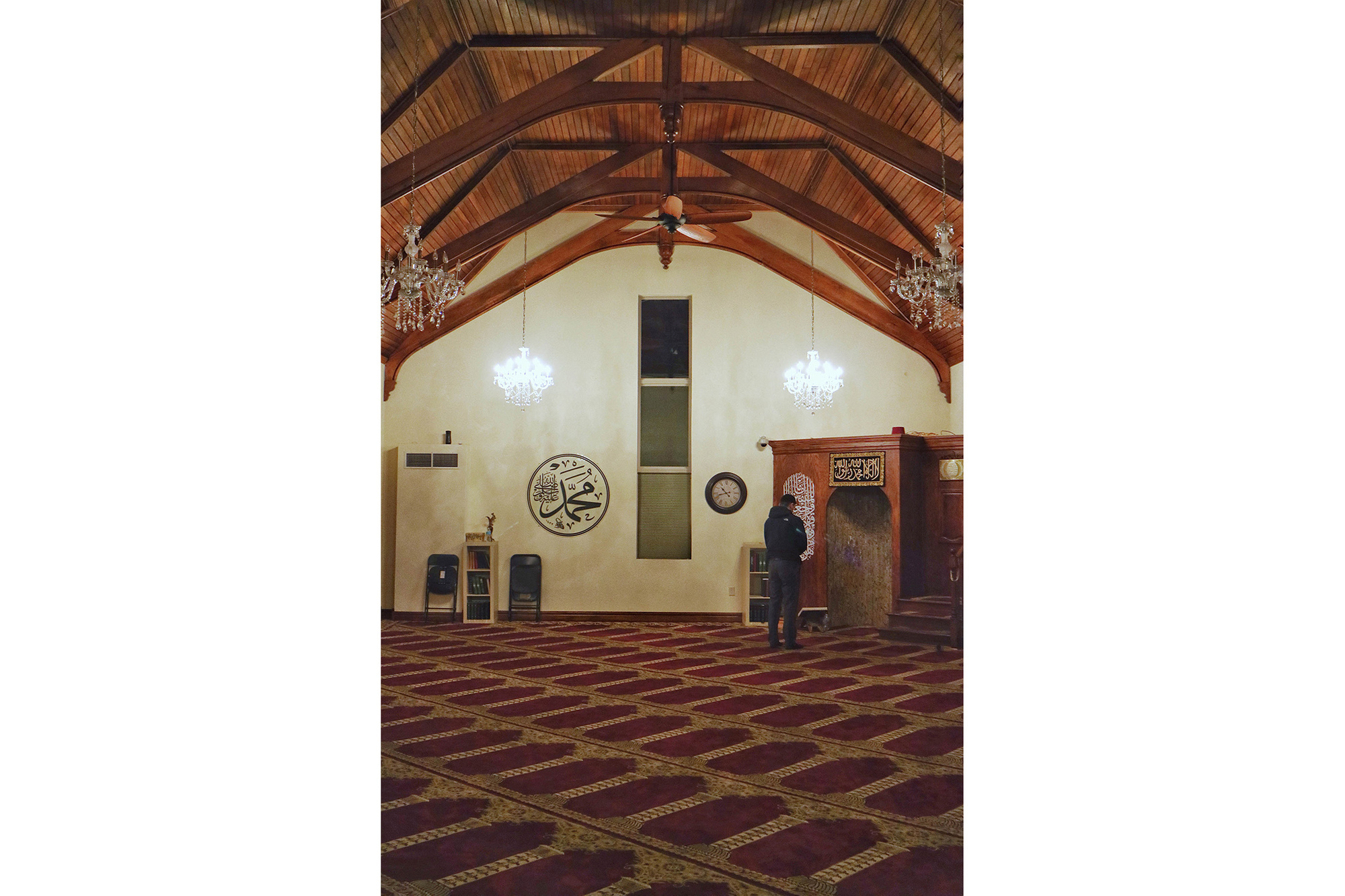 Finding things to capture before sunrise led me to a beautiful mosque in Northeast Minneapolis where Yasmeen, a recent immigrant from Bosnia, welcomed me.

After hitting the pavement all night long, watching the staff at Rustica Bakery (a top bakery in the country according to Food & Wine, Bon Appetit and Time magazines, among others) bake their lovely deliciousness from their store window on a Saturday morning at 5am was oddly peaceful. Unfortunately, only the smell of fresh bread was available at that hour. You’d have to return at 7am when the store opened for business to buy any goods. 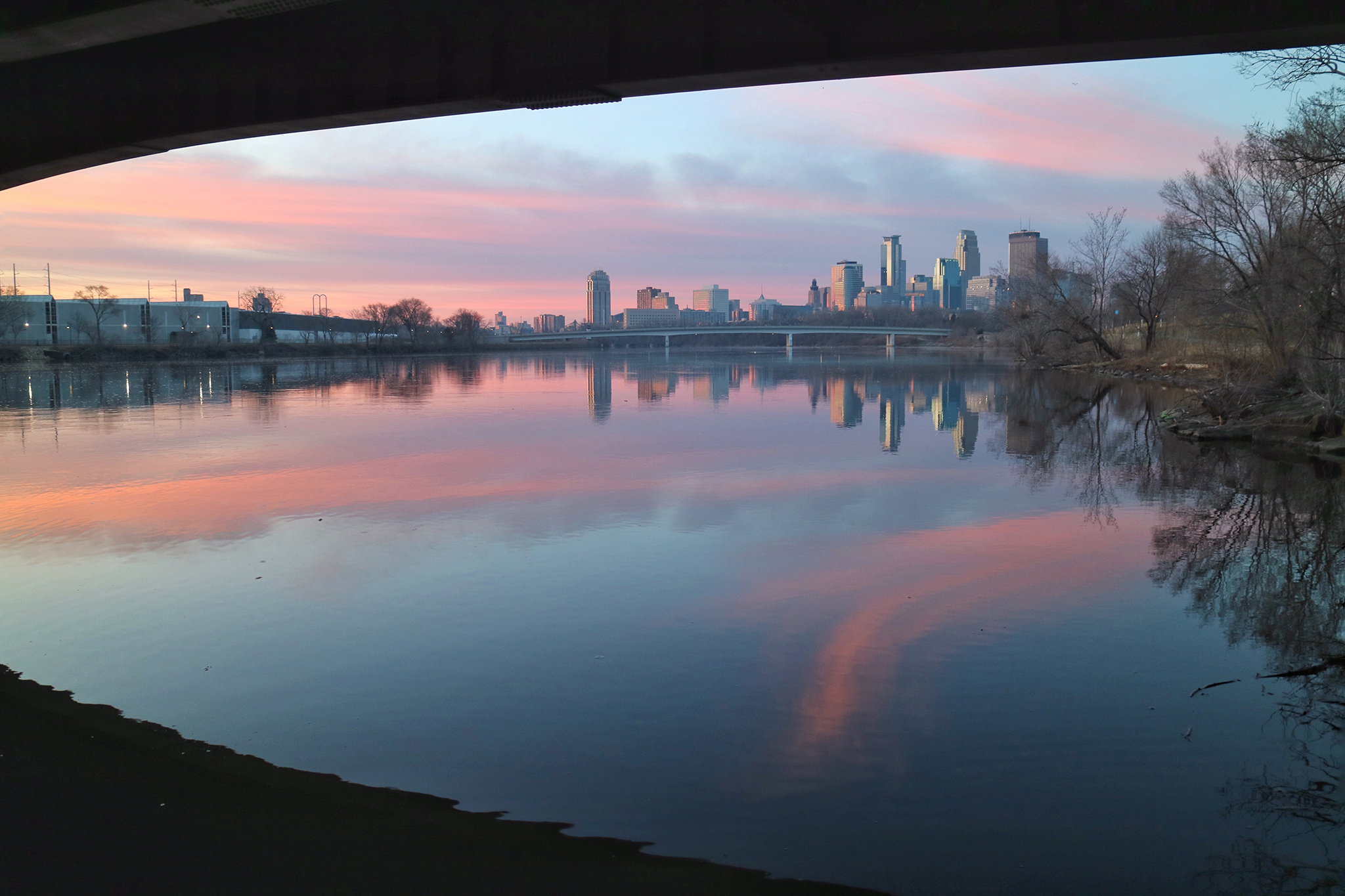 After being awake all night, taking in the morning air while watching a beautiful sunrise on the banks of the Mississippi river, with no one else besides dozens of recently migrated winged creatures, was stimulating beyond any prediction. 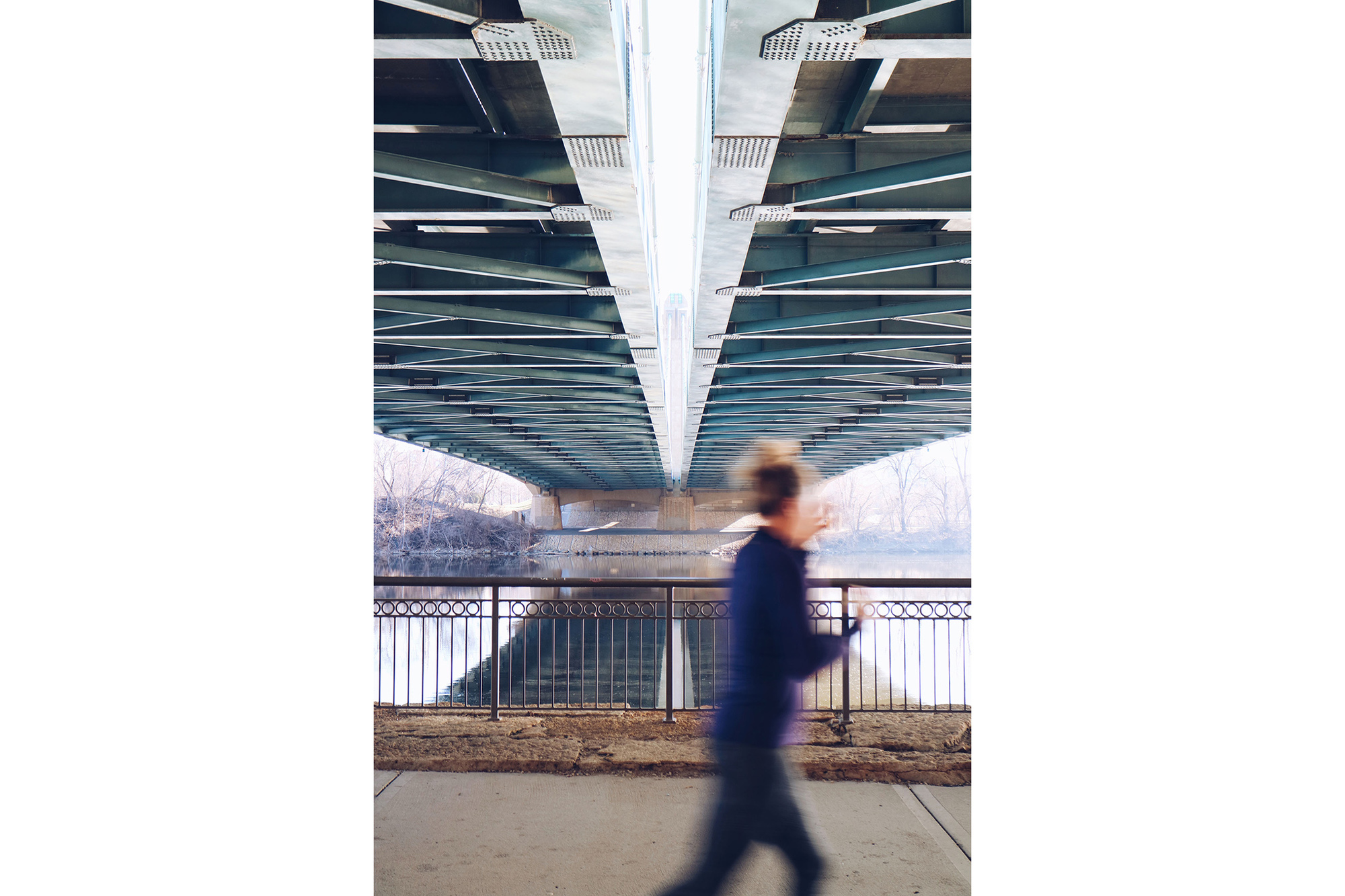 The theme for 24 Hour Project is documenting human conditions of cities represented. Believing that no human is illegal, this years’ project aimed to raise awareness and funds for a refugee crisis in many countries. 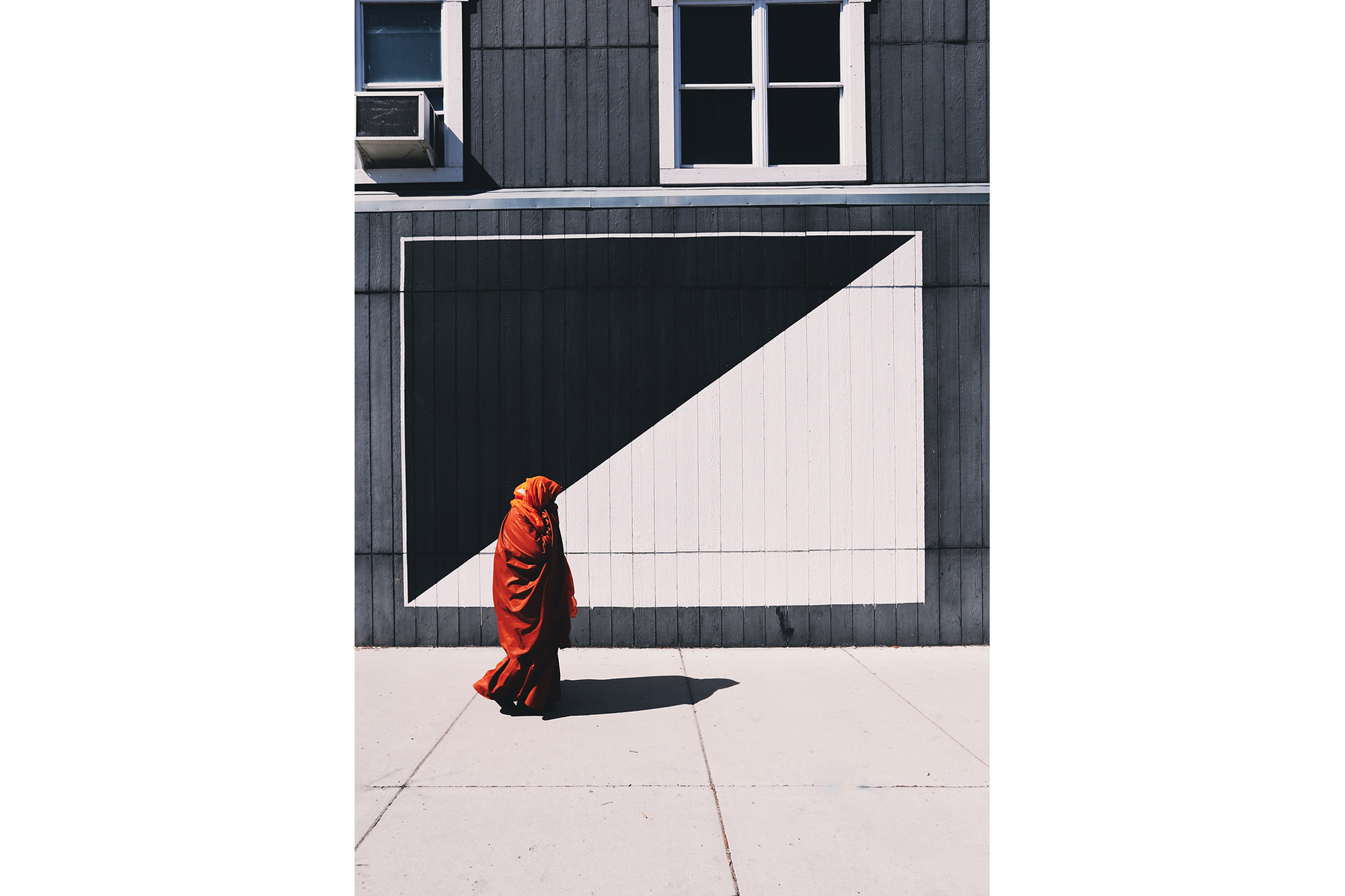 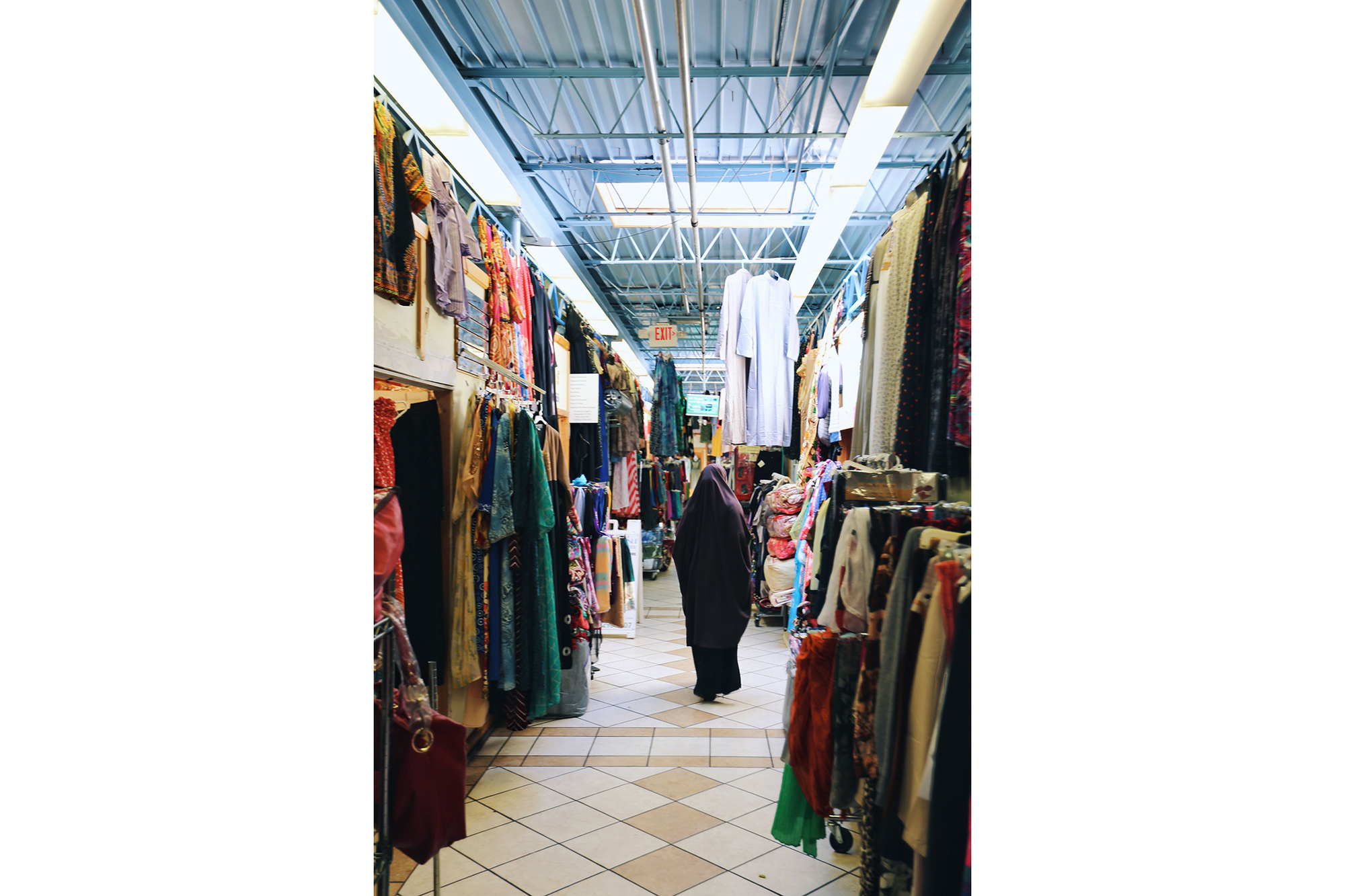 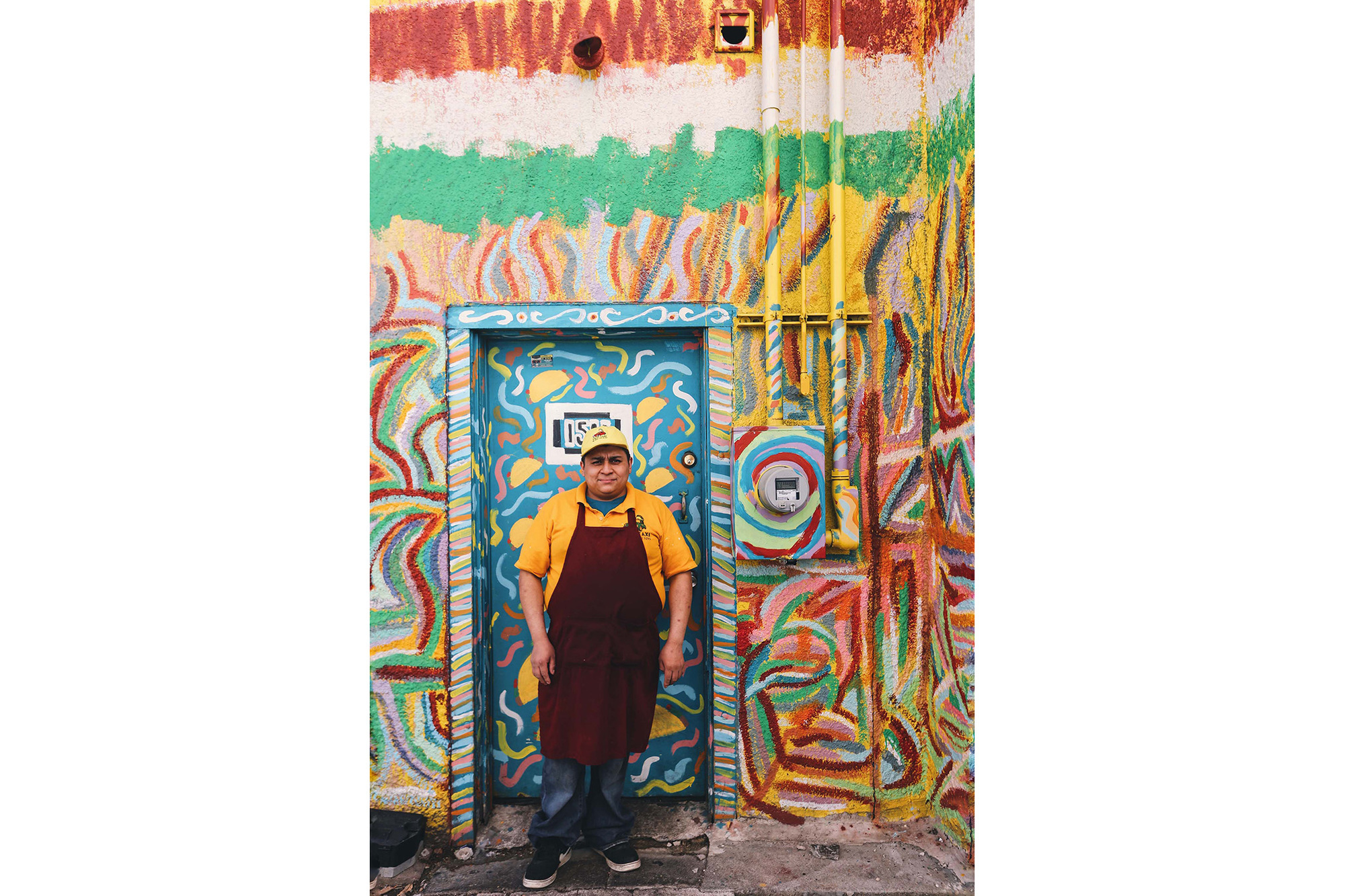 With that, I made an effort to visit neighborhoods where Minneapolis’ immigrants call home - from the Somali community in Cedars-Riverside to East Lake Street’s Latino and Asian corridor. The culture of Minneapolis continues to be influenced by its vibrant immigrant and refugee communities, and none make a bigger impact than these communities. 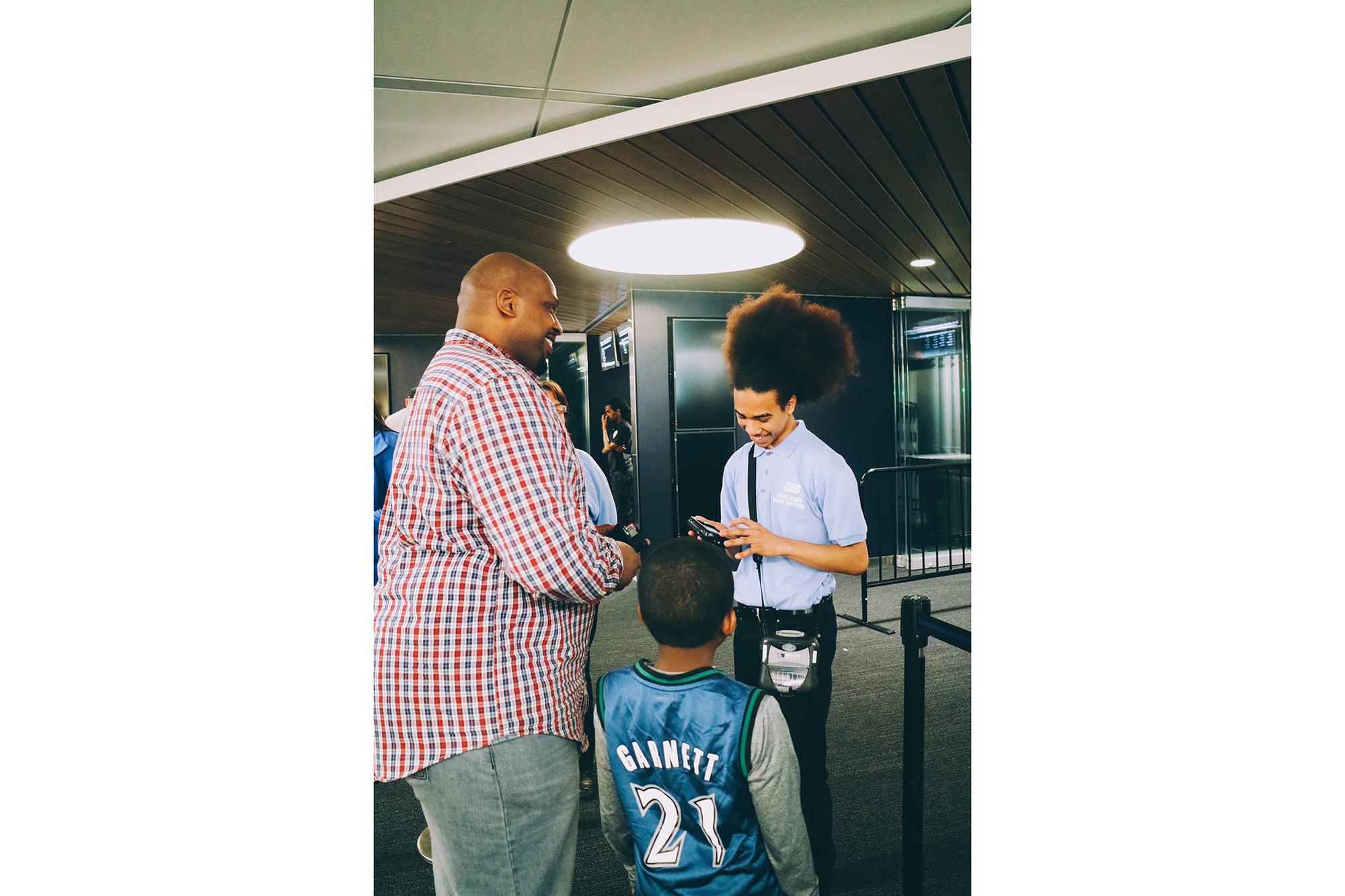 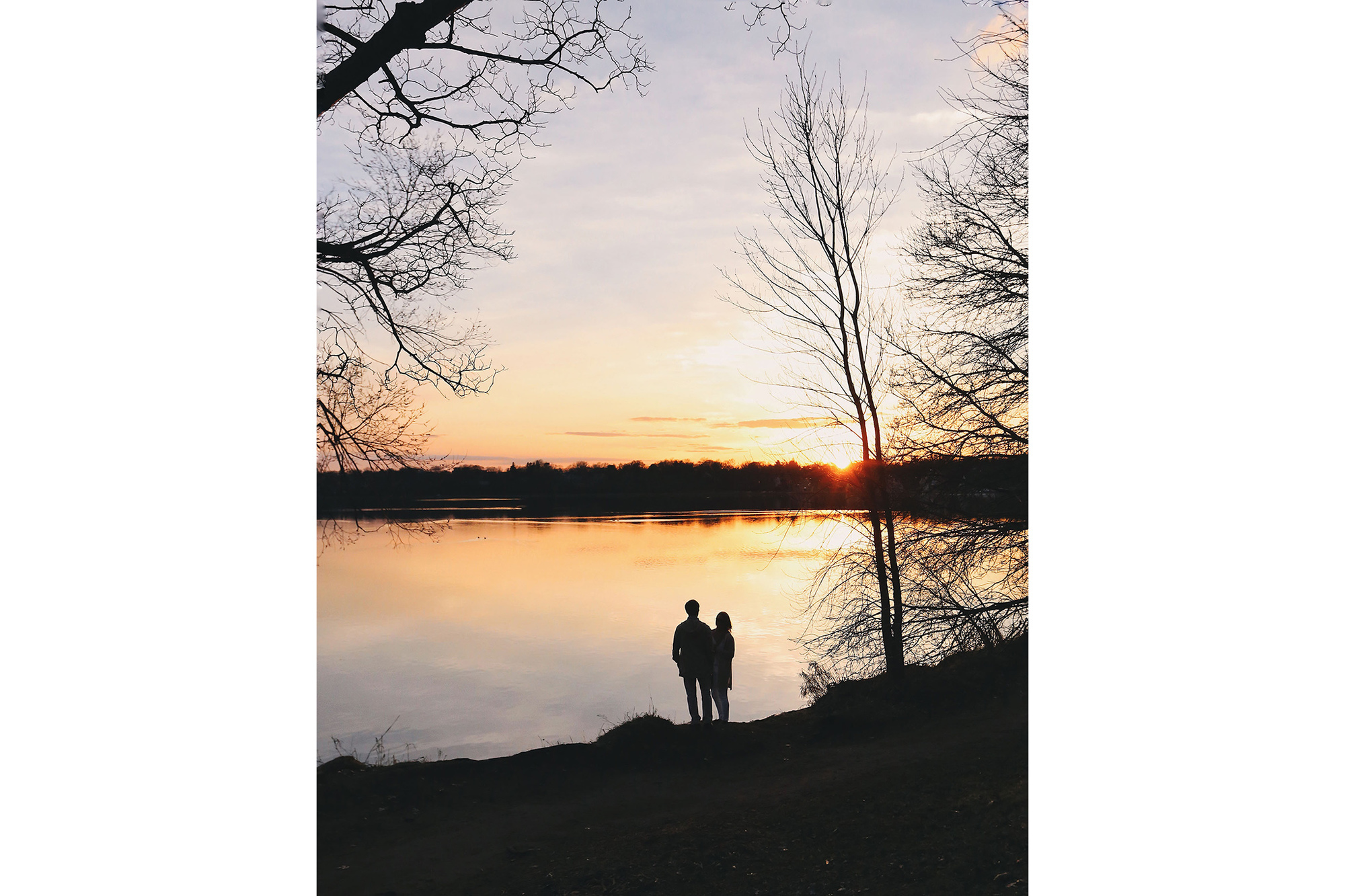 Minneapolis is a city of lakes - before LA Lakers, there was Minneapolis Lakers - so a visit to catch the sunset at one of city lakes was warranted for this project. 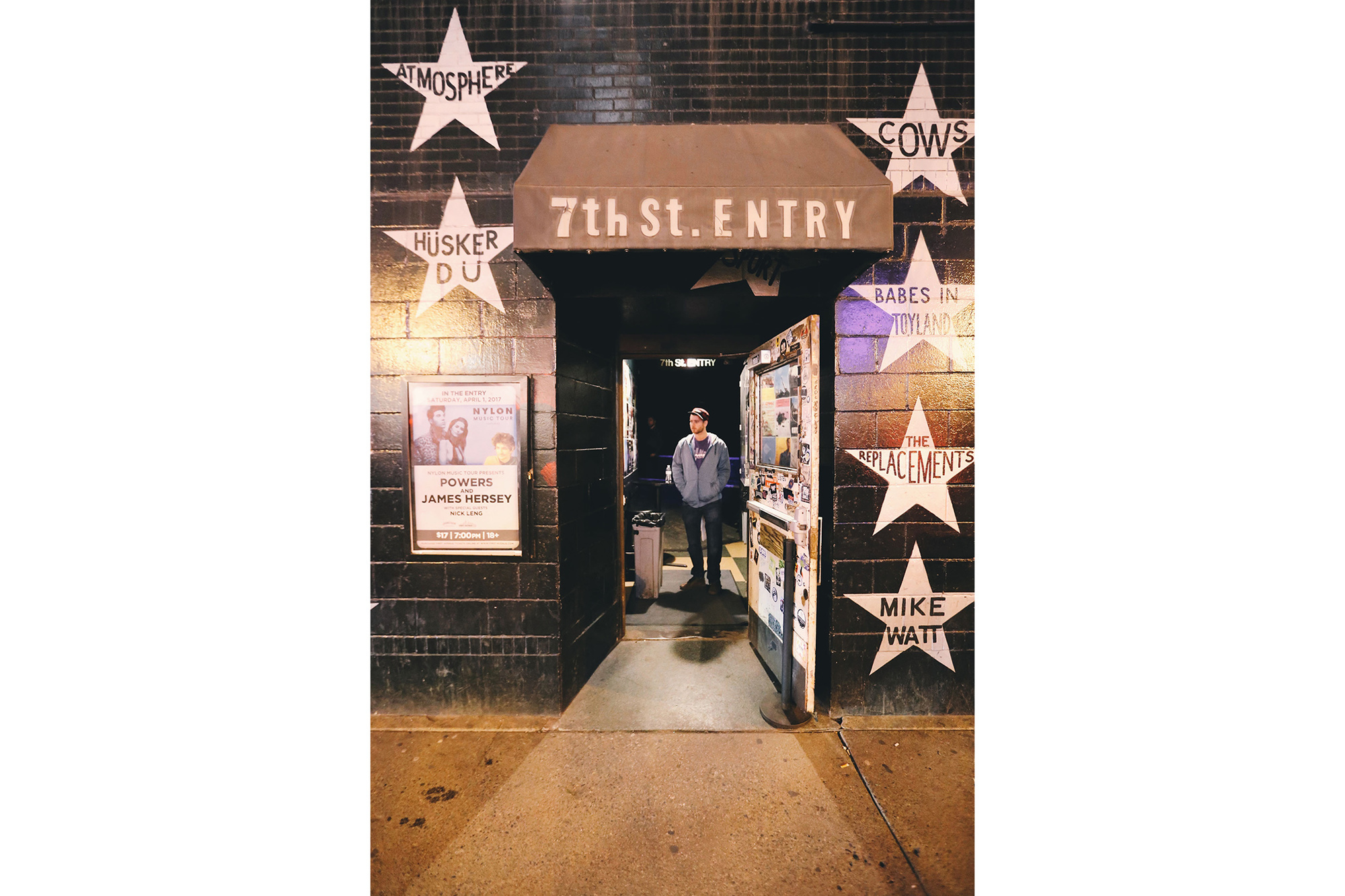 Unarguably, no music venue has defined a city’s music scene than First Ave and 7th Street Entry in Minneapolis. 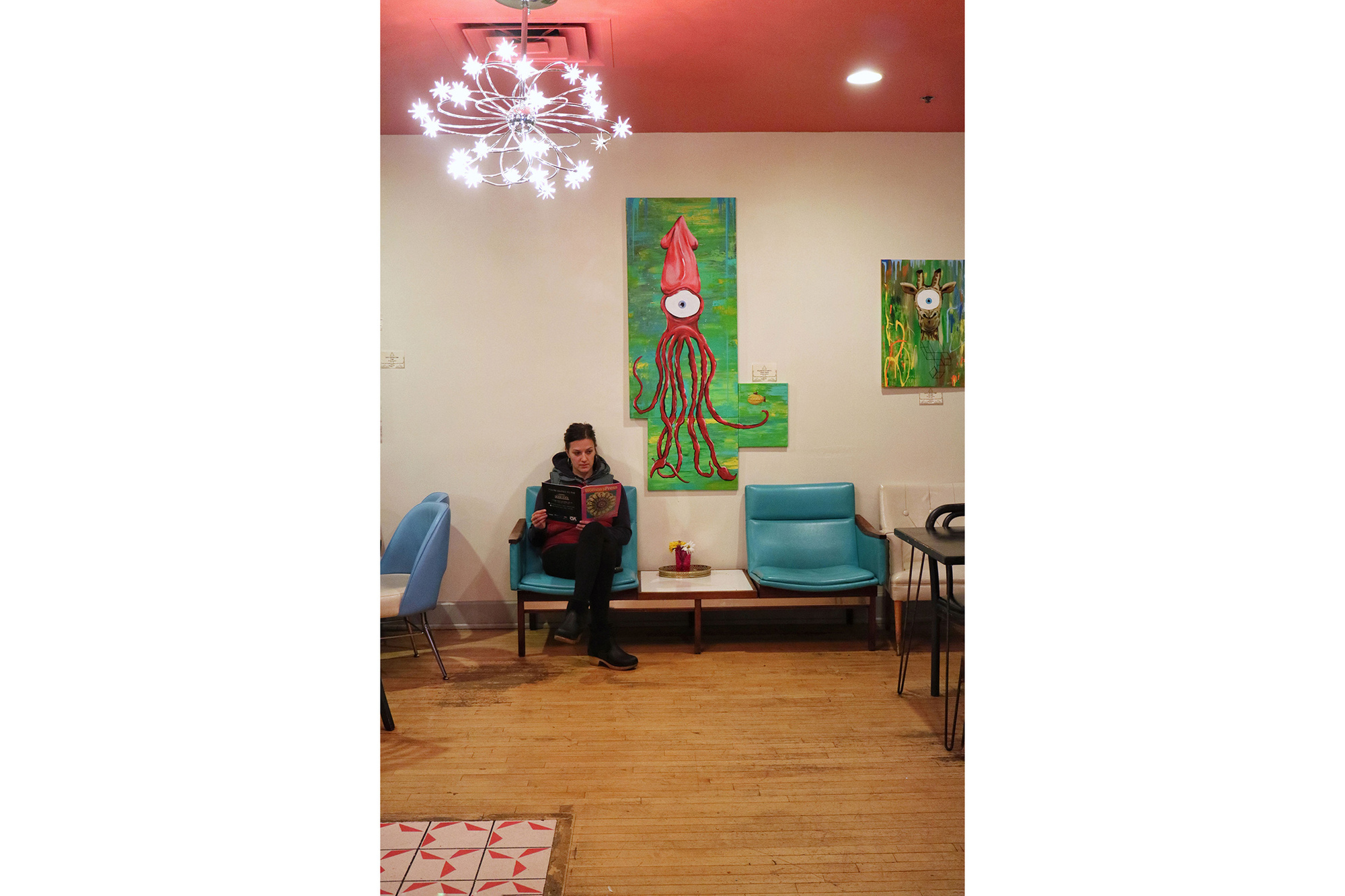 No better way to cross the 24-hour finish line than a midnight run to Glam Doll with A City Made By People captain Rita.

It was fun. I was tired but I persisted. The effect of sleep deprivation was surprisingly minimal. The exercise was a reminder of how diverse and vibrant Minneapolis is, and capturing the essence of this city over a 24-hour period is impossible. And that may be my impetus I need to return next year, and capture 24 more scenes I overlooked last Saturday.

Words and photography by Waqar. 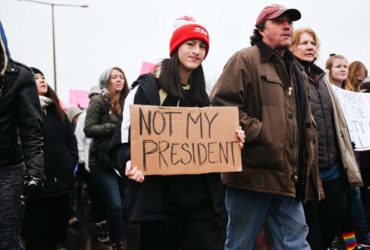 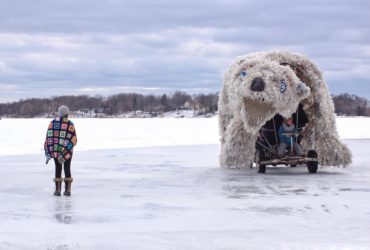 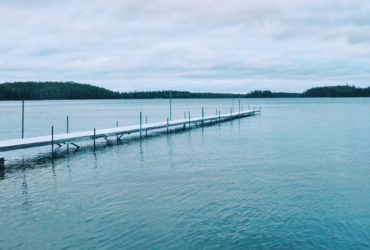