Last month, Gdynia, Sopot, and Gdańsk (or also known as a Tricity) started supporting the idea of car-sharing with Traficar. And we're the 5th city in Poland to do so!

It’s a huge step into the future of our sustainability, 200 low emission cars are scattered throughout the city. You can make a reservation through Traficar's application on iOS or Android, ride and leave in the designated zones. When you look at the map below, these zone are pretty big. But is it as simple as it seems? Let’s follow my trip! 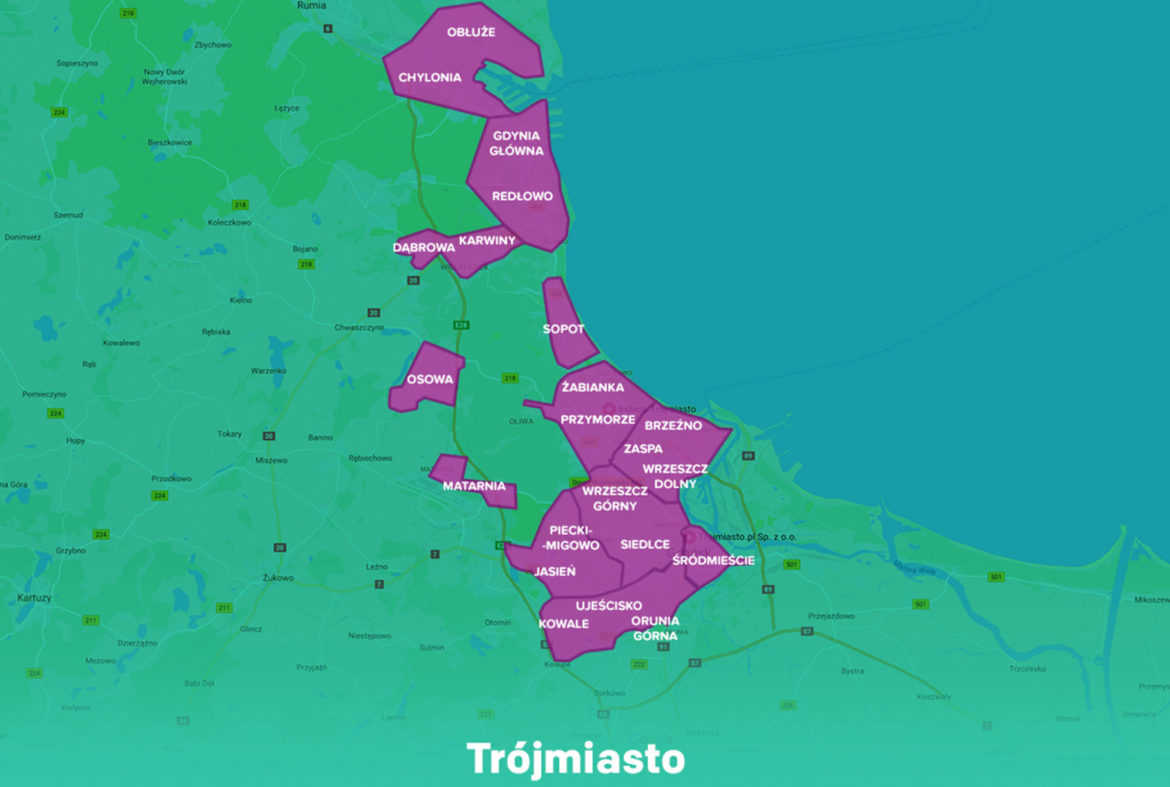 My girlfriend and I are currently preparing to go abroad, so we're in need of making some passports. She doesn’t have a current student card, so we have to stop by the University first, and then to the Passport Office. The distance isn’t far, so it will be an interesting test-drive.

I made a reservation and luckily, there was a Traficar right next to my house. The car itself was very clean and brand new. I followed its instructions, put the card from the clipboard, and started the engine. 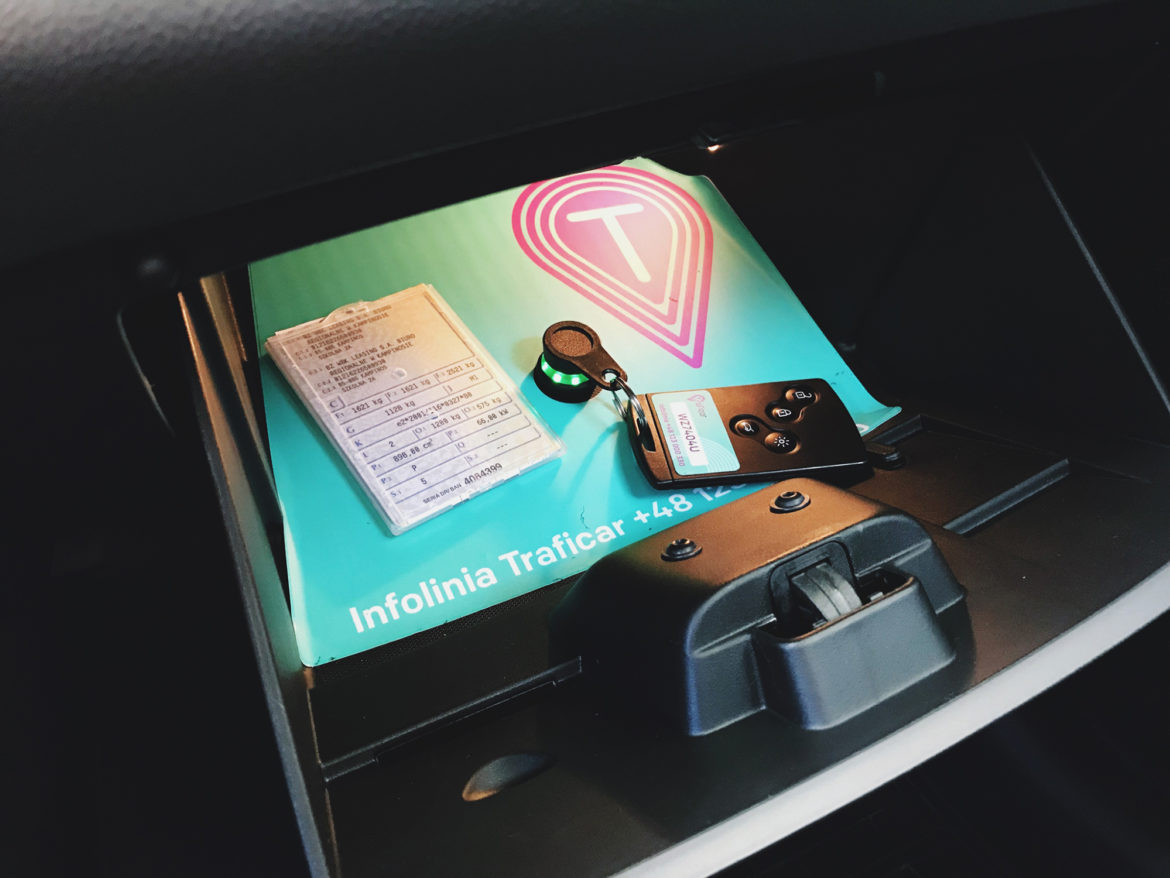 It took us 6 minutes to get to the University. I parked the car and stopped the reservation so I wouldn't have to pay for waiting. For this ride, I paid 5,11 PLN. Pretty good!

When she came back, I rented the car again and drove to the Passport Office in Gdynia. In the middle of the car there's a charger with three plugs, so anyone can charge their phone and turn on their own music. It’s really cool! I immediately turned on a favourite song of mine, Stoker by Clint Mansell.

When I reached the designated place, I found an empty parking spot. Several steering movements later and I finished my trip. This time I paid 7,90 PLN for a 10 minute drive. Nice!

So let's summarize! If one were to use public transport, they would pay 13 PLN and spend about 35 minutes on the bus. Little difference in price here, but big on time. But what if more people wanted to go with you? The cost would be two times smaller! Or what if you have to transport something? Finally there's a great option to do it fast and for good price. The best part is that you don’t have to worry about fuel, or other stuff because everything is insured.

So coming back to the question, is it easy? Definitely, YES! 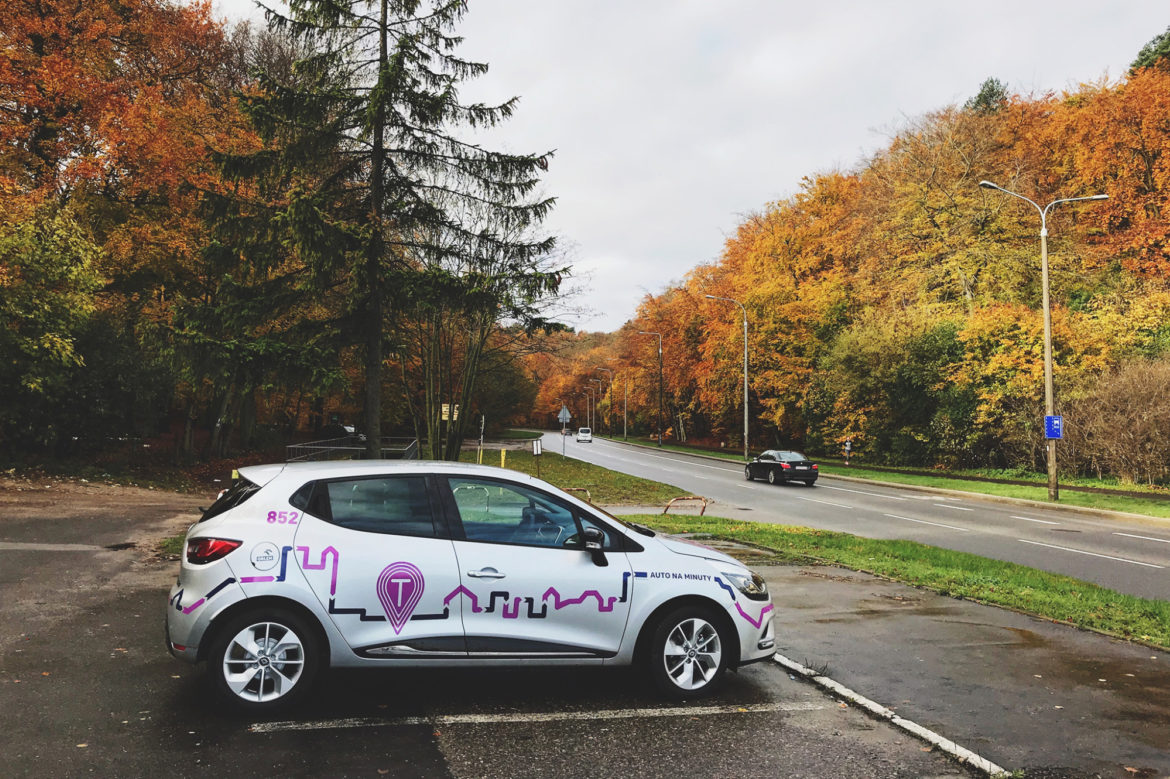 Car-sharing is the future

It's only the beginning. In 2020, Gdynia has a plan to expand car-sharing to nearby cites like Wejherowo, Reda, Rumia, and Pruszcz Gdański. In addition, Gdynia will soon introduce privileges for shared cars by reserving 20 parking places in the city and lower charges for electric cars.

Interestingly enough, one shared car can replace 12 private cars! Can you imagine that? It would mean more open and green spaces for the people of our cities, less traffic jams, and better air quality.

We should stop imagining it. We should take action. For us.

If you enjoyed Adrian's take on Tricity's progressing mobility, check out more stories on city life and culture with Issue 2 of A City Made By People. Follow the link, and don't miss out! 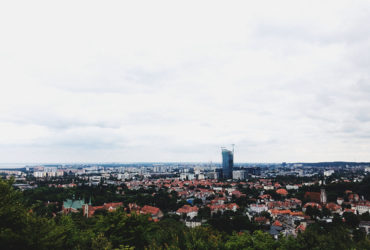 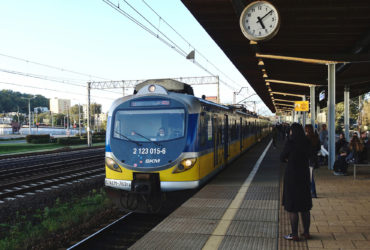 The Backbone of mobility in Tricity - SKM Railway 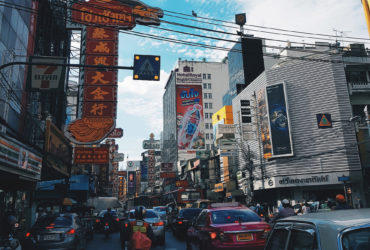