The Creative Director of Watershed, Clare Reddington, gives us an insight into creativity and technology, from life in Bristol to the world.

When did you first come to Bristol?

I grew up in Bristol, moving to Nailsea, which is on the outskirts of Bristol when I was four months old. As a teenager I spent all my time getting on a bus coming to the city centre and notably to the Watershed to watch independent cinema, jazz, funk, soul evenings – this place was a huge part of my life growing up.

I studied drama, media and cultural studies at University. When I left, I didn’t really know what I was going to do, I went to work at Cheltenham Festival. It’s a science, music and jazz festival. I ended up firstly raising the money for it and then running the Science festival. That’s where I realised pretty quickly that I liked to work with creative people at the boundaries of things. Back then it was especially focused on creativity and science whereas now it’s much more about creativity and technology. 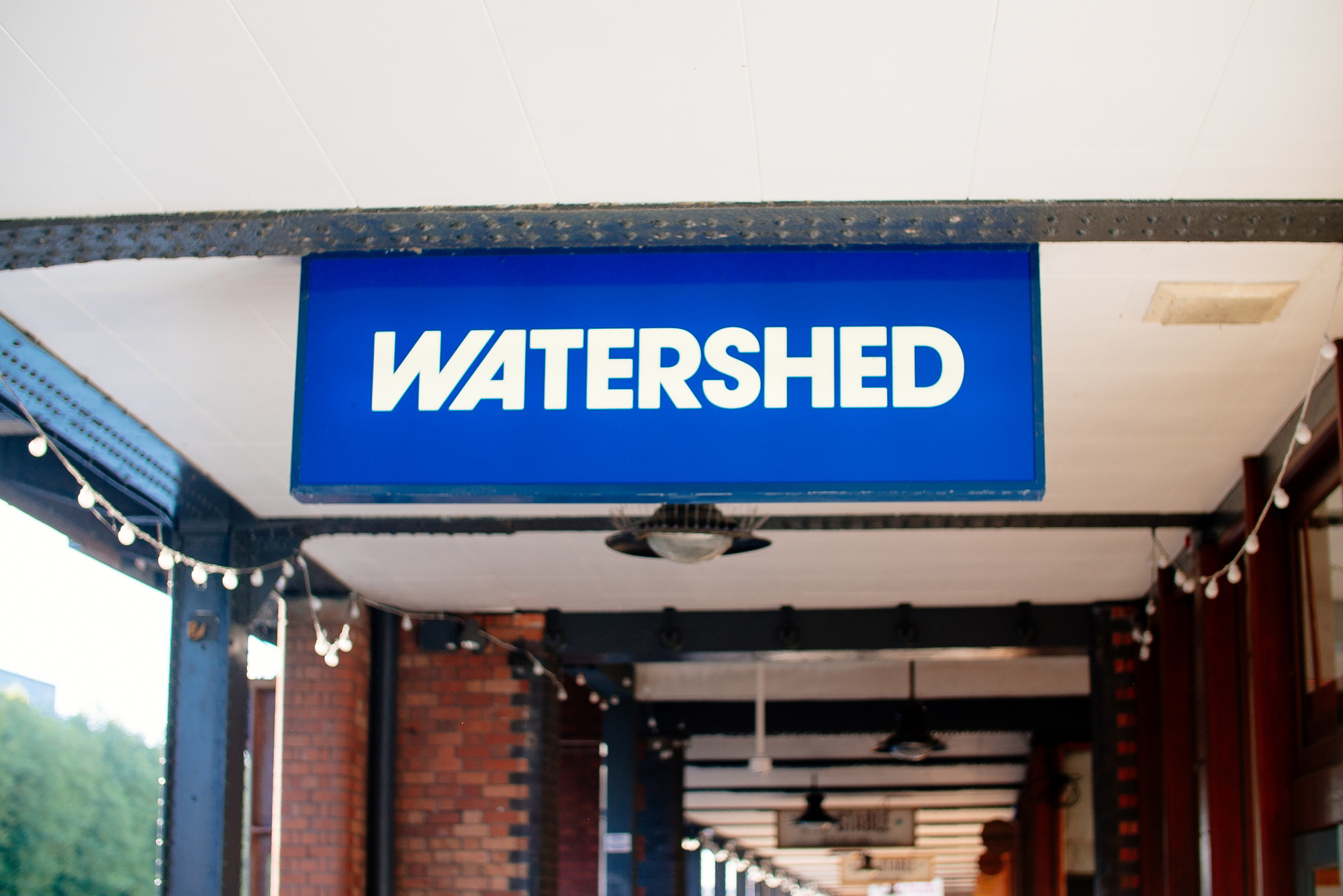 How did you start working at the Watershed?

There wasn’t a job title back then, I was running a project called LC3D. Then I slowly set up and became the director of iShed, Watershed’s first subsidiary company around technology and art. We then set up the Pervasive Media Studio and most recently I become the director of Watershed which is the really exciting bit because it covers the whole organisation, which allows us to join up creative programmes.

I remember sitting in an empty room when I got the keys to the studio and thinking: “Oh my god, what do we do? There isn’t anybody here, there is no furniture, what is this thing?” It was such a treat to shape and mould and invite a creative practice. Basically at the very beginning, I went and found some very cool artists and told them we had free coffee and a shower, because they were living on boats, they all came and started working with us. That’s how the generosity of the studio was formed. 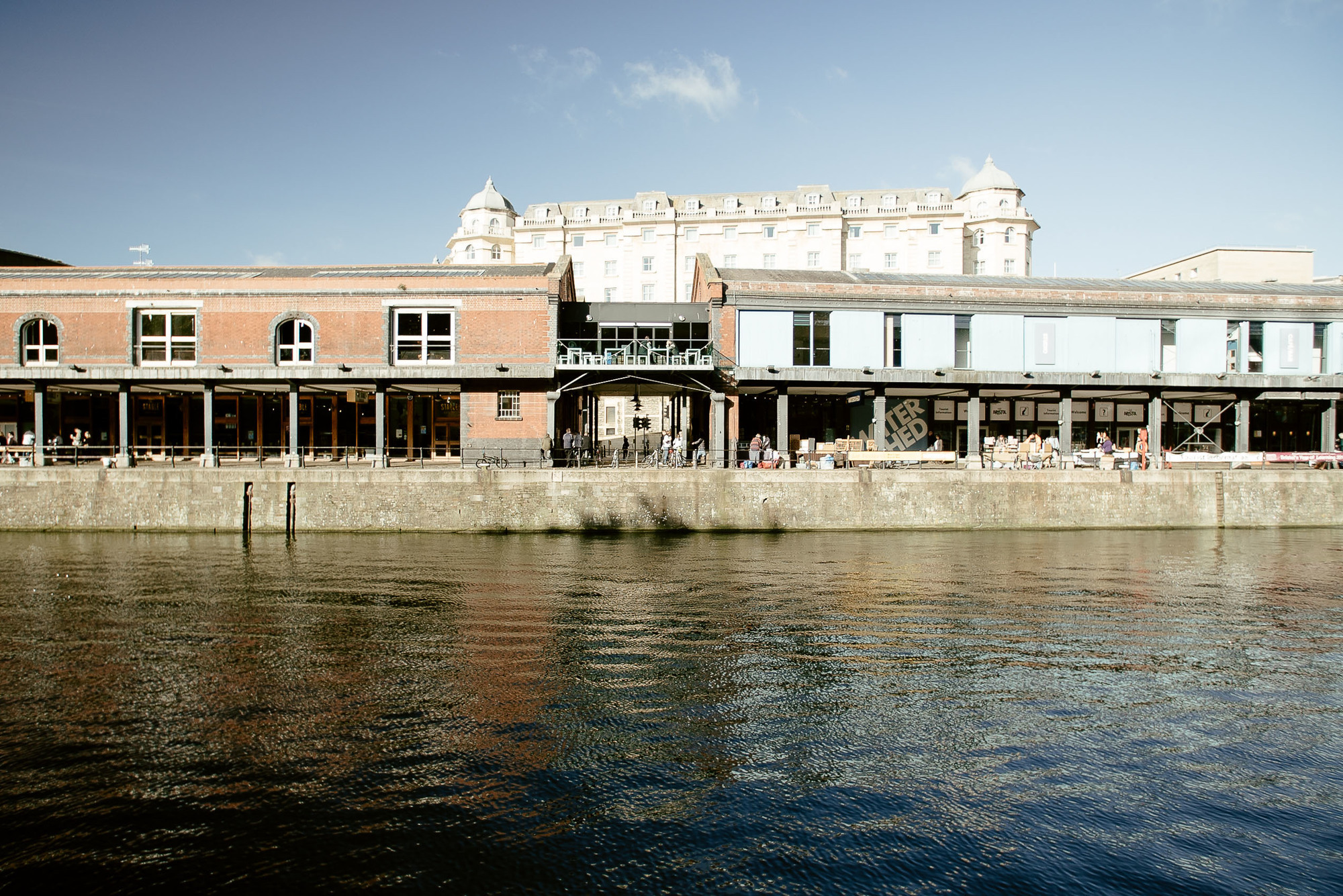 How does Pervasive Media Studio work?

The Pervasive Media Studio works with people from Bristol, over the country and all over the world.

There’s a real mix of profiles. Some people come for a short amount of time, for specific ideas. They apply to us, they tweet us, sometimes we meet them in a bar and we say: “please come and work with us and be part of our community”. Other times we have specific partnerships or funding opportunities. We might look at the publishing industry for instance and say: “what would happen if we enable artists to play with what the future of books is?” and then we would fund people to come and sit with us and move these ideas on.

As a media centre, what encapsulates the Watershed?

The Watershed is a research space where artists, technologists, academics, people working on early stage ideas across creativity and technology come together. We give people space and invite them to be part of this community. What we ask in return is openness and generosity. We have a contract which people sign and say: “I will share my ideas openly with other people” because that’s how we think people’s ideas get better. 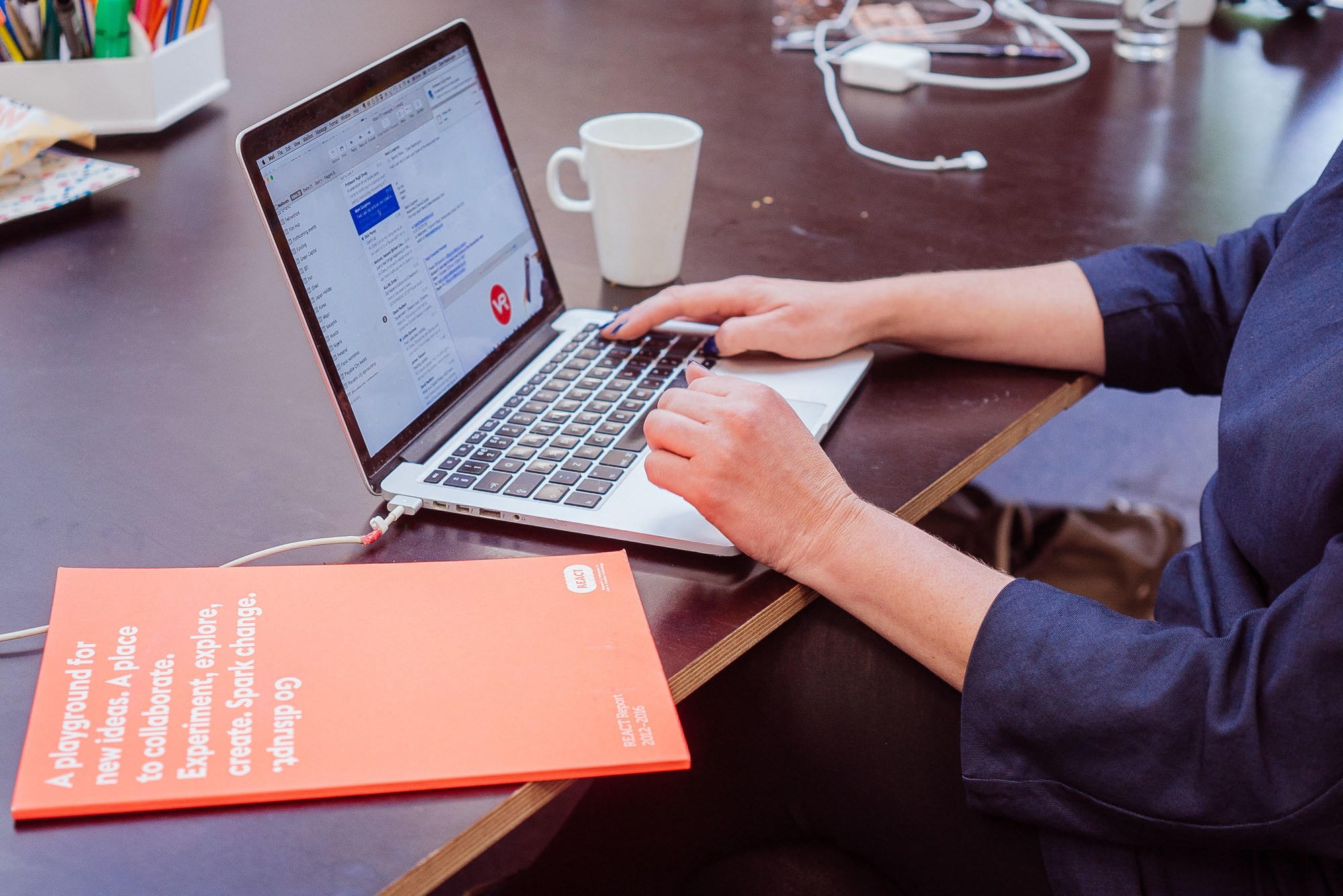 As Creative Director of Watershed, the job goes from making sure people are having their lunch to thinking about future themes to work on. We use the word Producer a lot, I think that’s what we do: we produce people’s ideas and talents. We help them to be everything they could be. We help them to realise their potential. It is not a question of sitting on your own in a tower and thinking “great stuff”, like directing people to make it happen, it’s much more of an ecology where people from small to big companies, people from different backgrounds share and produce work together. 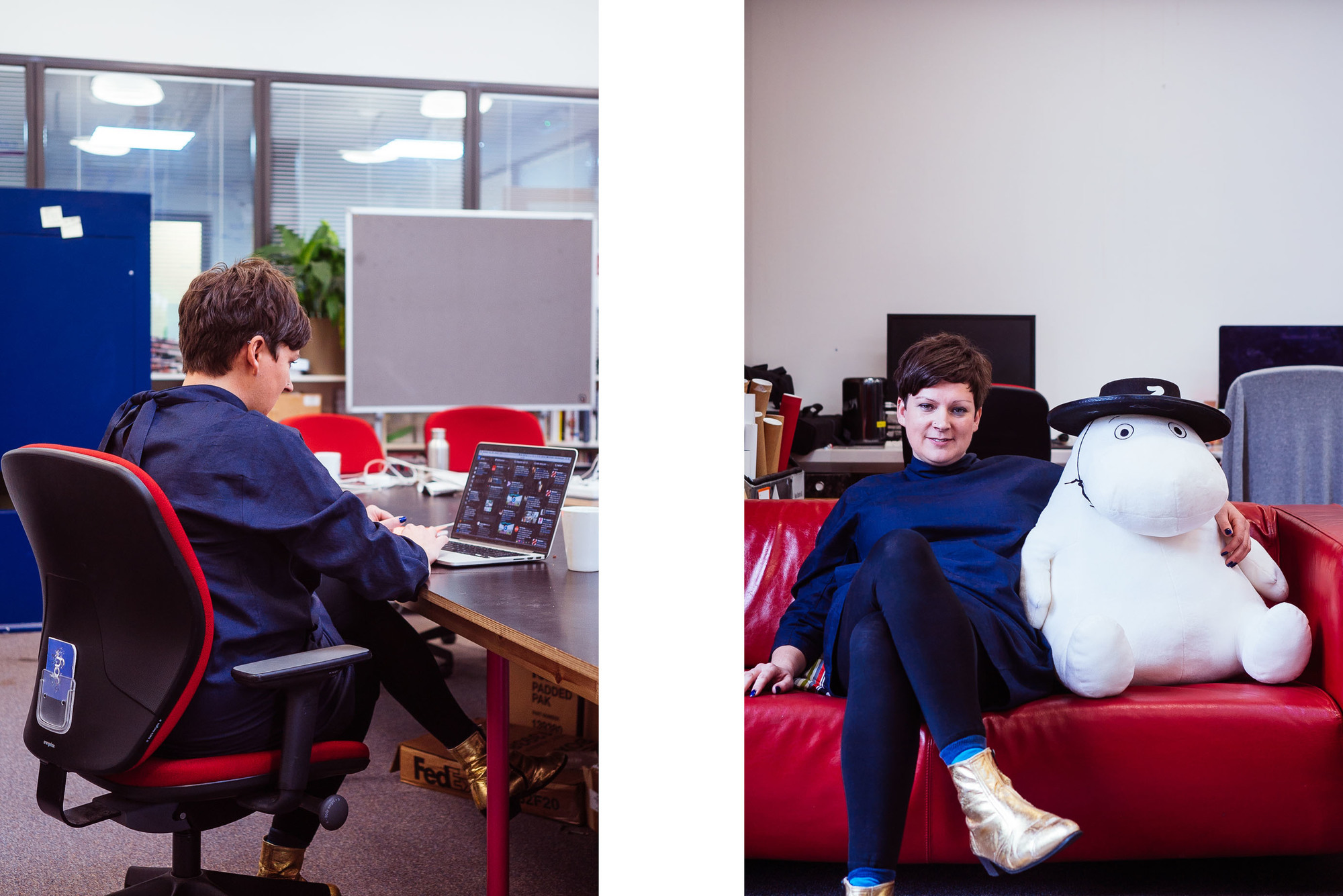 Where do you draw inspiration from?

We draw inspiration from artists who come to come through the door and say “I’ve got an amazing idea for a piece of interactive origami or explore how magic and technology interact, or look at the future of personal space travel. These are things that we will never be able to think of while just sitting at our own desks. We follow the energy of the artists and try to help them realise their ideas.

If I had a specific philosophy on life, it might be one of hope and optimism. I had a great conversation with colleagues recently about whether it’s reasonable to be hopeful in a post-depressive hostility world. I think we hope more than anything to be able to imagine different ways of being, we need to play with different ways of being, to image what kind of human we want to be. 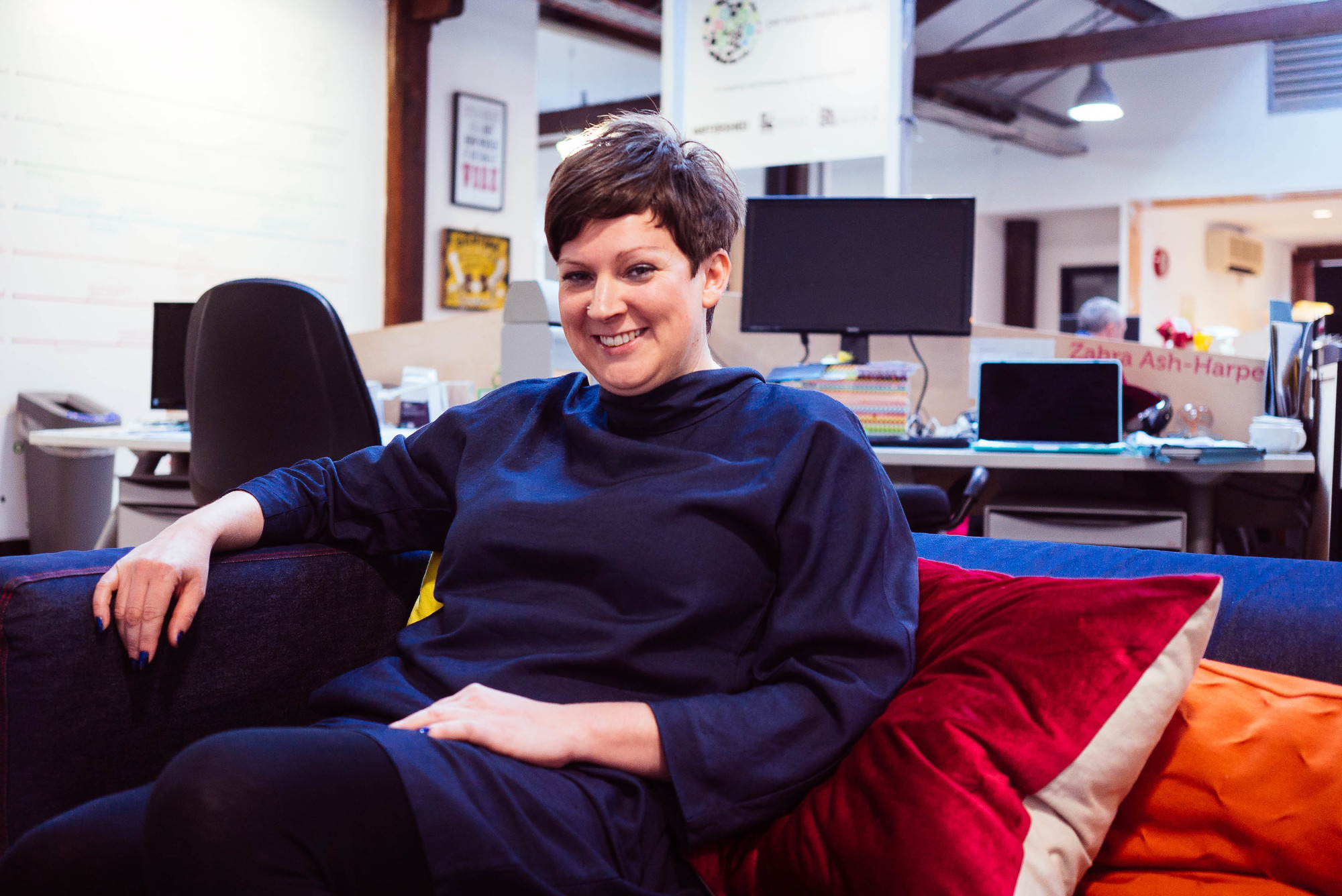 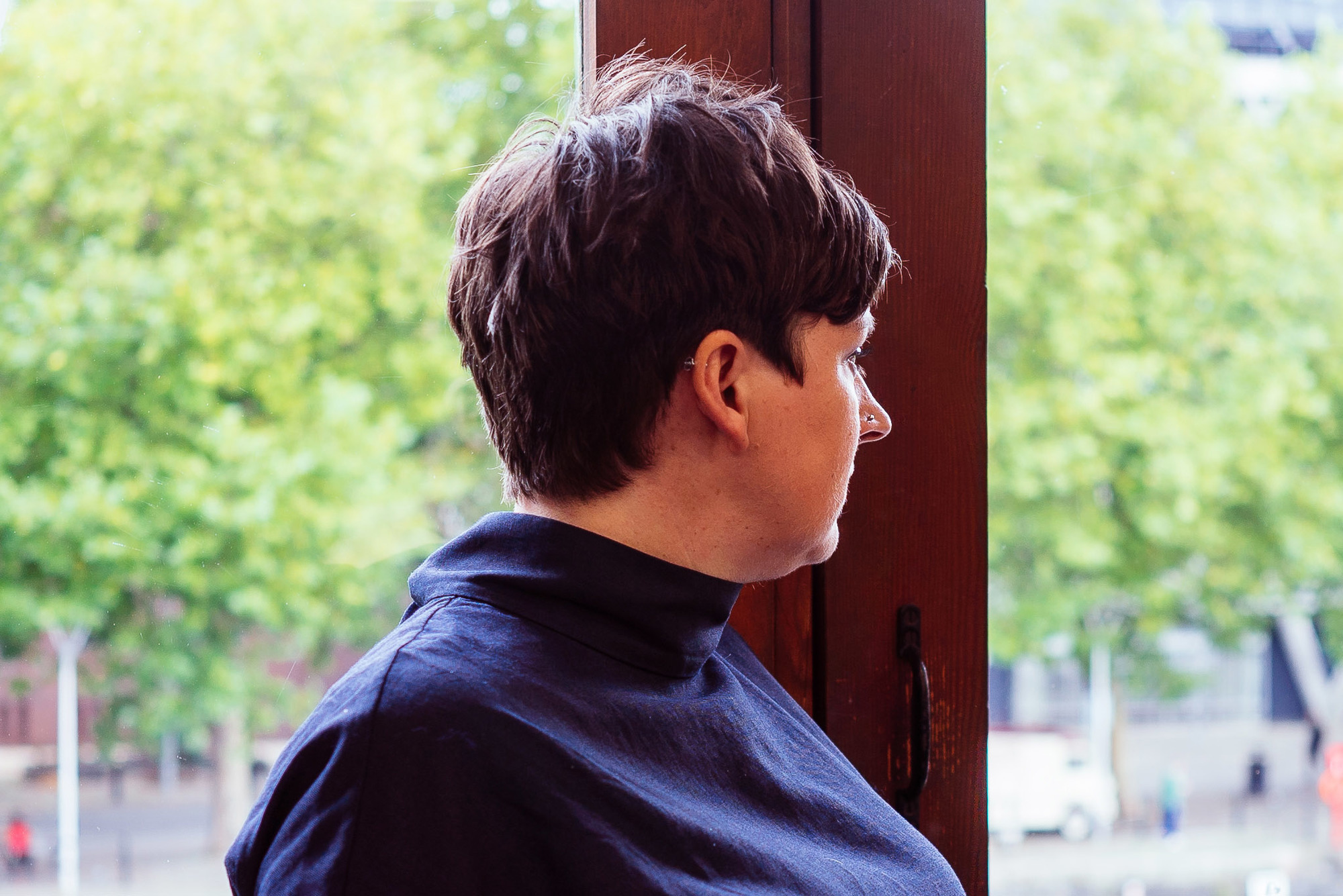 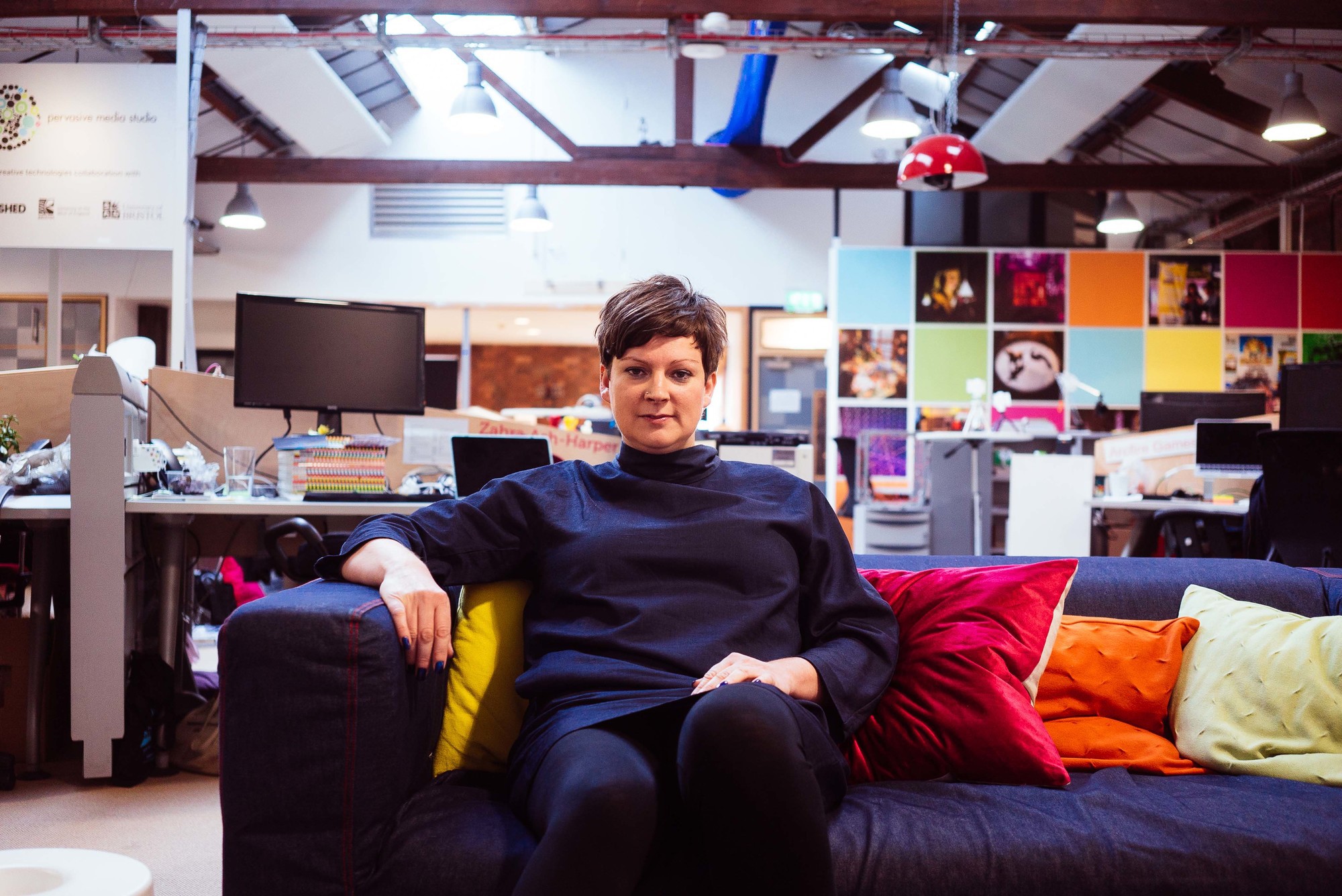 What did you want to be, growing up?

When I was little, I wanted to be an actress. I did a lot of drama and acting during my spare time, then I studied Drama at University and realised that everybody else wanted it a lot more than I did, and I really felt that everybody was waiting for that one opportunity when I felt that I wanted to go and make my own opportunities happen and take that power back, so it turned out that being an actress wasn’t for me, I also think I wasn’t very good (laugh).

Have you got a daily ritual?

My favourite ritual is cycling to work. From my house, I pedal through Victoria Park and get a really good bit of park that I get to whizz down and then the rest of my journey carries on along the river. There is something about being near a large expanse of water that feels very calming before I start my day.

What are your favourite places in Bristol?

Watershed has a bar, so when I’m not working, one of the brilliant things about Watershed is that the community of people working here will often be found at the bar having a chat about all the wicked plans we could make for the future. If not, people would probably find me in the countryside. One of the things I really like about Bristol is you can always see the hills, getting out and being able to go for a walk or a cycle, this is something that I ultimately like in this city.

My favourite spot in Bristol is probably Victoria Park. I feel blessed to be able to walk there. There are always things going on, Mrs Brown’s Café is there so you can grab a really nice cup. It also feels very welcoming with a variety of people and community, different age groups hang there for different reasons. It epitomises what a public space should be like in the centre of town. Nowadays public spaces are becoming so corporate and ruled by shopping chains, thankfully parks still exist, a place where there is a permission to play. 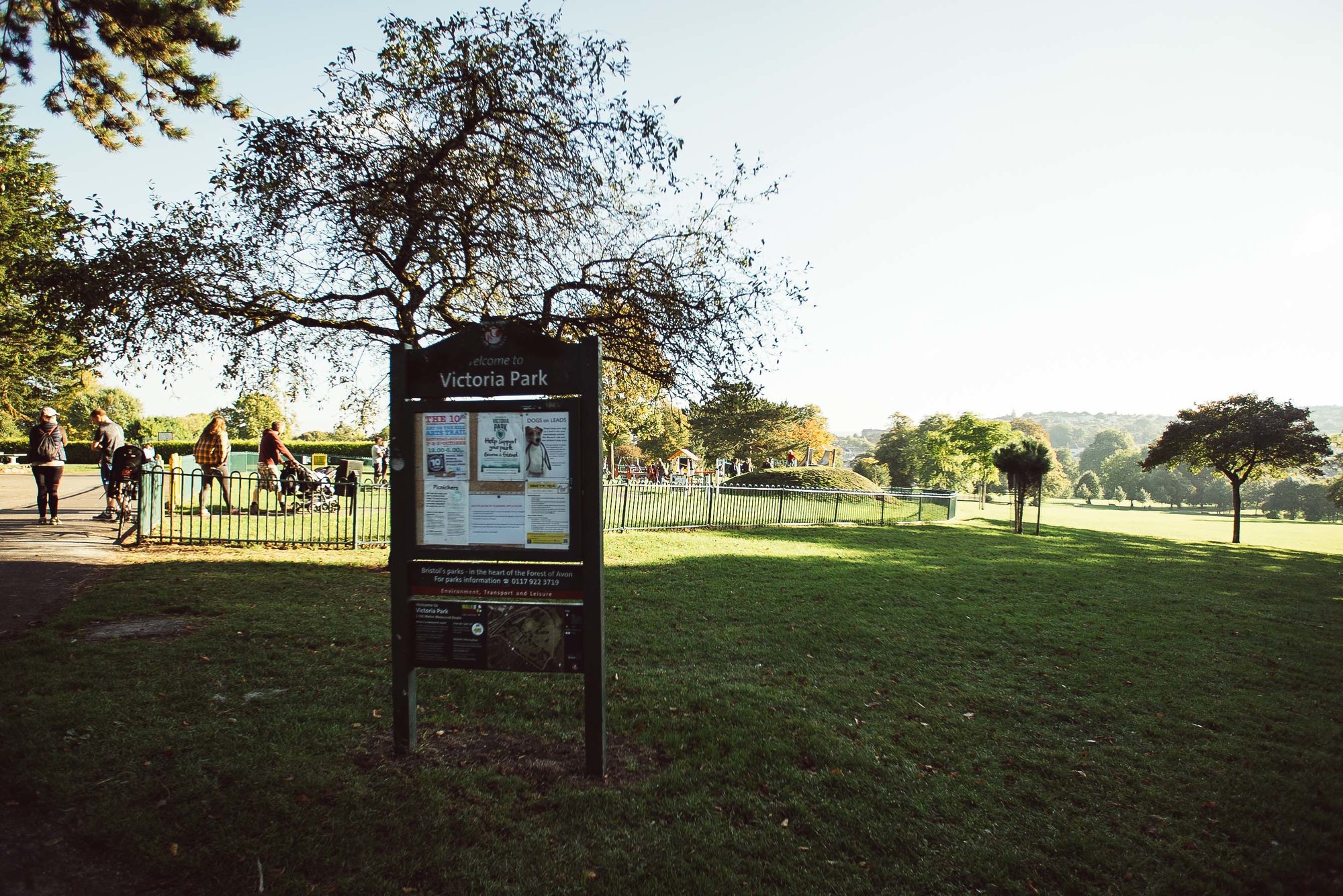 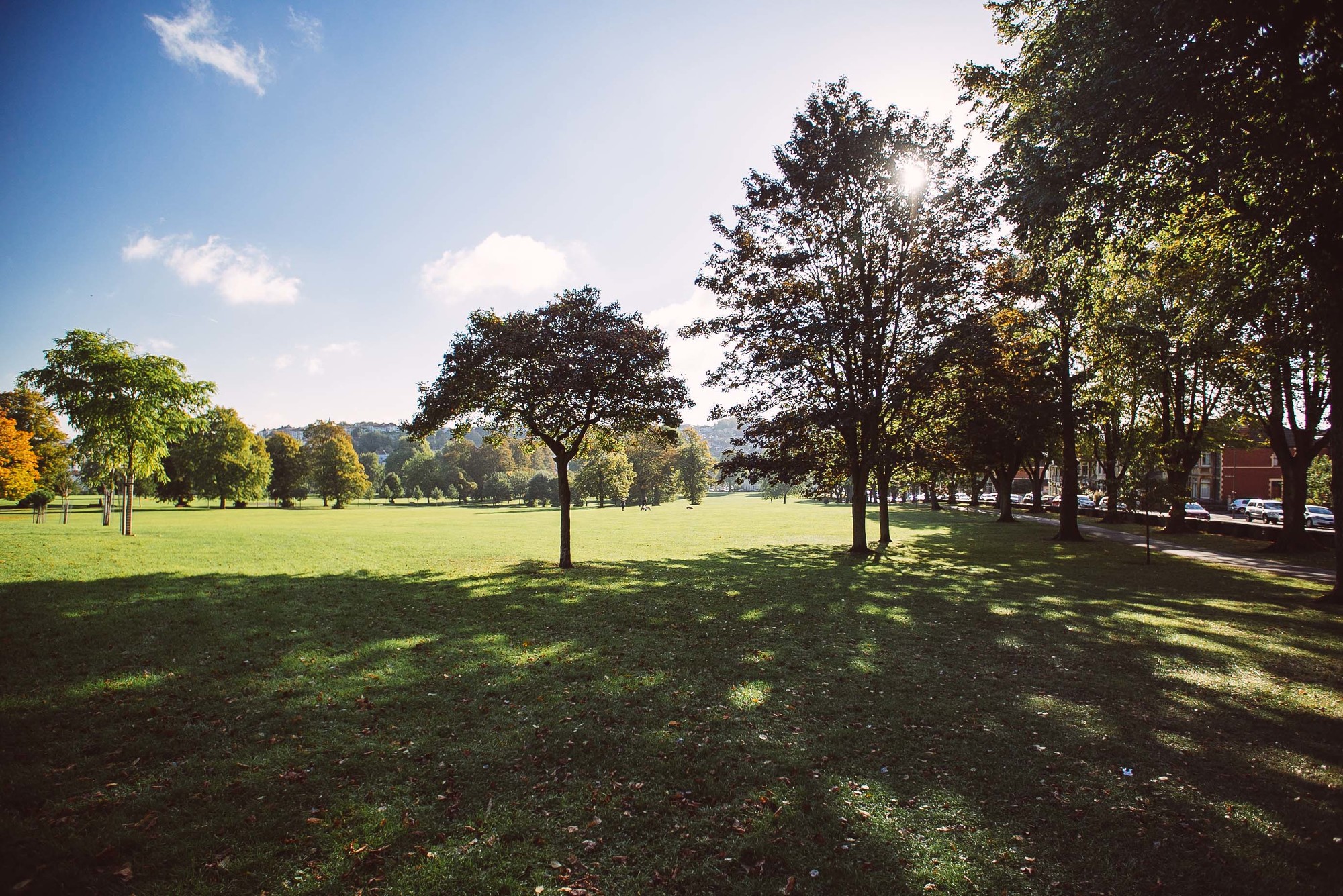 How do you look back on your work as creative director?

Whenever we look back at anything at Watershed, we think: “How did we manage to cram that in?” because we are very prolific, we always bounce good ideas made by other people. Our role is to facilitate and enable things to happen. If I look back, I suspect that what would come to my mind is: “Gosh, it was very busy working on it” but I am also proud that we are at the beginning of lots of new things. Someone said to me recently that you could join a direct line from Pokemon Go to a project called Mobile Bristol which is one of the first tech projects that Watershed was involved in. I look back and can see where the seeds of ideas come from and that we were the actor at the beginning to give a voice. 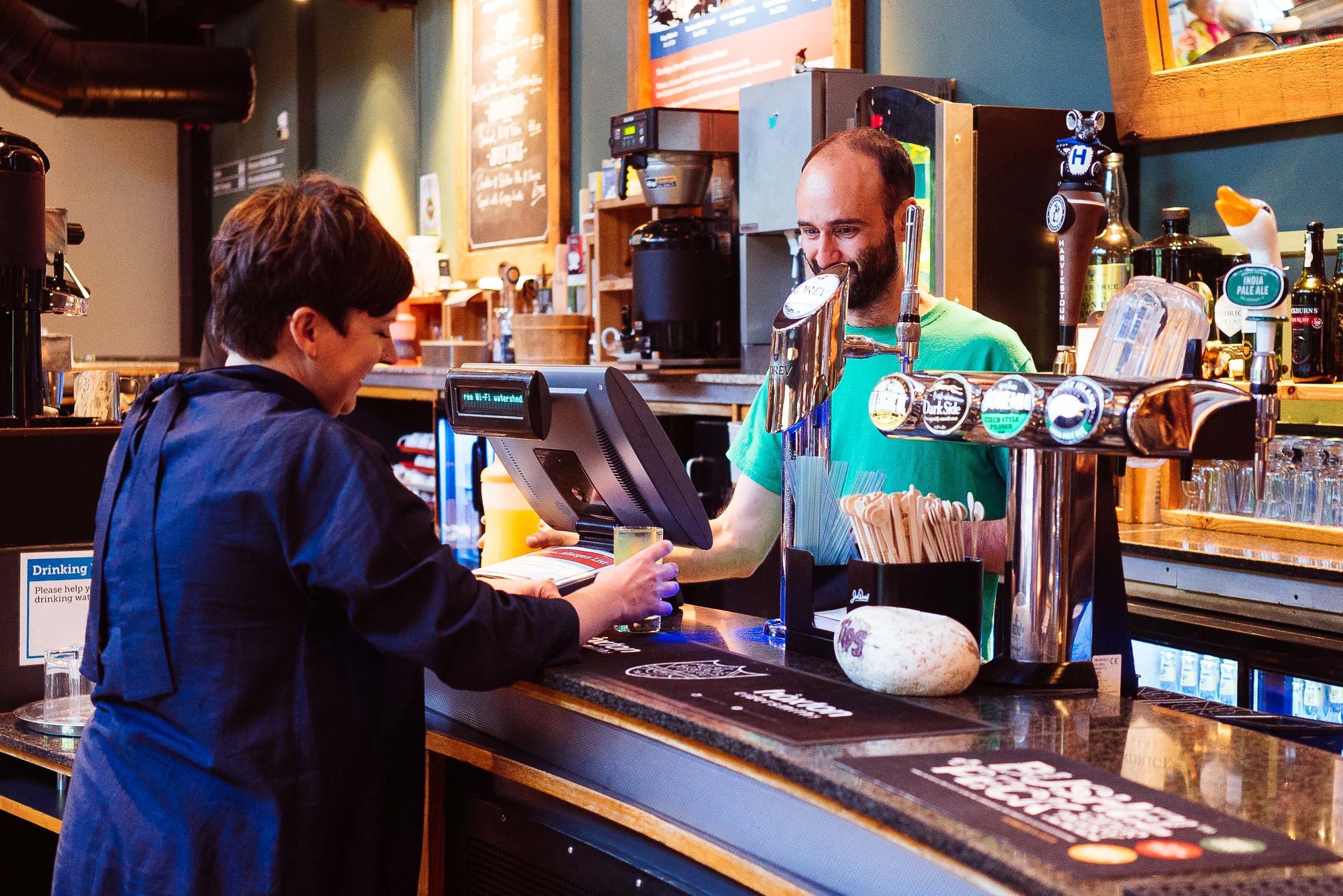 There is definitely something about meeting people and being open minded of where inspiration comes from. A lot of cultural organisations end-up quite boxed-in into a notion of “we’re a theatre organisation” or “we do music” or “we do this kind of technology” where Watershed is much more of a buffet (laugh) as we like mixing things up, we are not very prescriptive about what kind of work you have to do, and that’s how we manage to get real innovation and creative excitement! 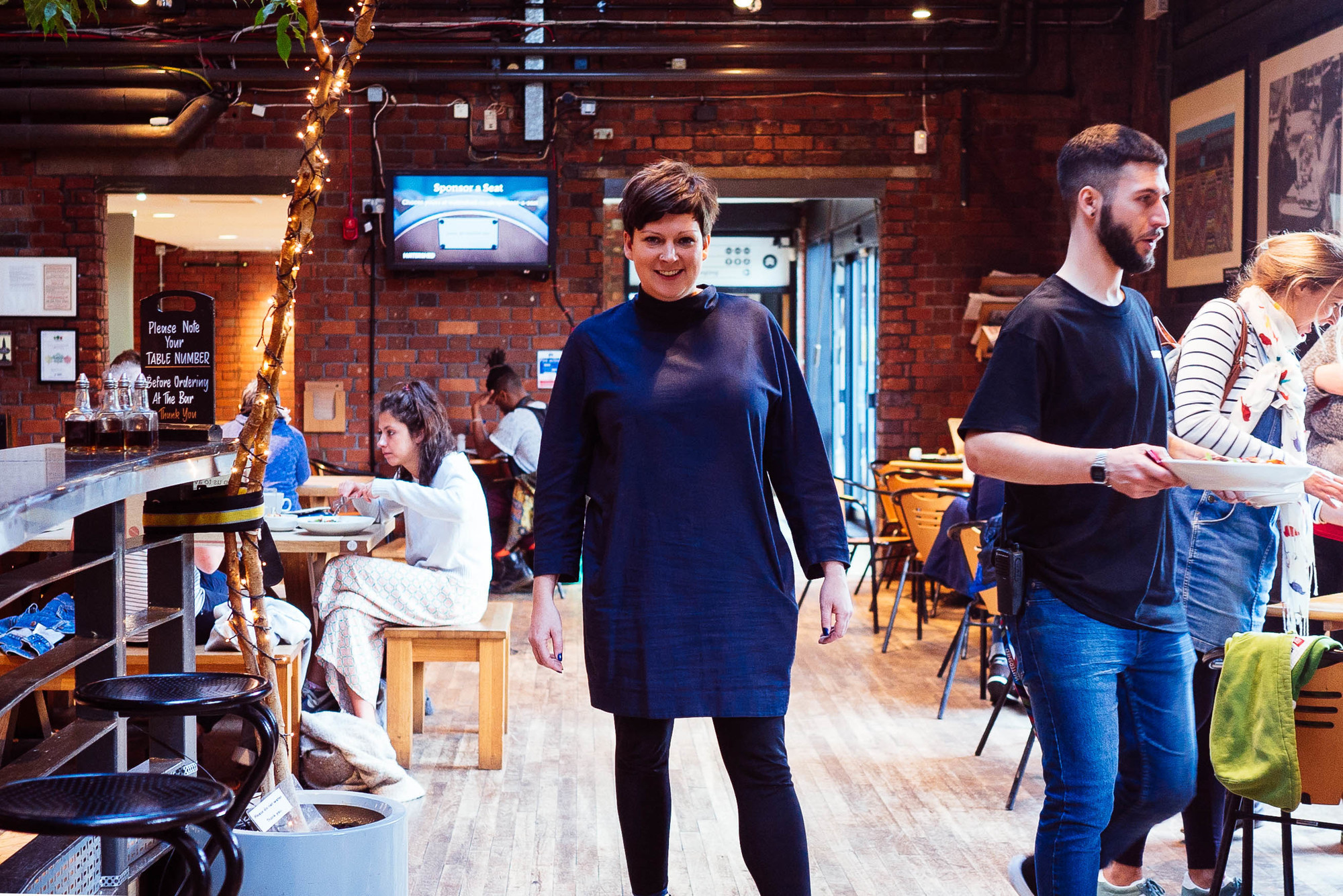 Which local creatives do you admire?

A particularly exciting local creative person that I admire is Luke Jerram. He used to be in the studio a long time ago, we worked with him in various ways, his studio is now at Paintworks in East Bristol. Not only is he prolific, he is also incredibly entrepreneurial with the way he presents his work, where and how he showcases his creativity. He isn’t bound by the notion of art form, so he will make a glass sculpture, he will produce something that uses hot air balloons, he will make a piece with bikes.

He is always thinking about how to connect with audiences and what form would best make that connection, that is the most exciting aspect of his work and I love the fact that now his art is shown all over the world.

Thank you Claire for the wonderful interview! 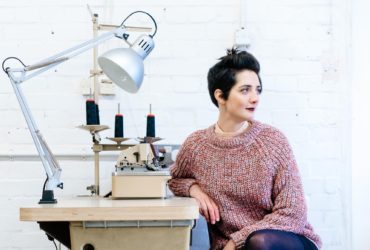 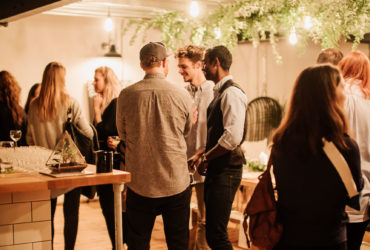 Yonder Collective - How Creative People Connect and Unite in Bristol 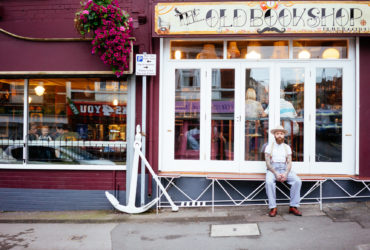