Where is the club scene in Amsterdam heading to? A Conversation with Our Society Owner Jozua Tuinfort

Join us for an interview with Jozua Tuinfort, owner of Our Society, a House-oriented music organization. Take a look at what this week's Amsterdam Dance Event has in store!

As one of the world’s largest, if not the largest, congregation of dance music creators, collectors, pioneers and just plainly lovers are coming together in Amsterdam for the twenty-first installment of ADE (Amsterdam Dance Event) this week. It provides a breeding ground for new connections, collaborations, gaining new knowledge about music and, of course, to dance the night through. With more than 2.000 acts spread across 450 events on 140 different locations in the city, it shows that the dance culture, with all its additional subcultures, is still expanding.

On a more pessimistic note, it could be argued that it also exemplifies the increasing saturation of dance culture. This fine line between expanding and saturation in Amsterdam makes a great topic of discussion. 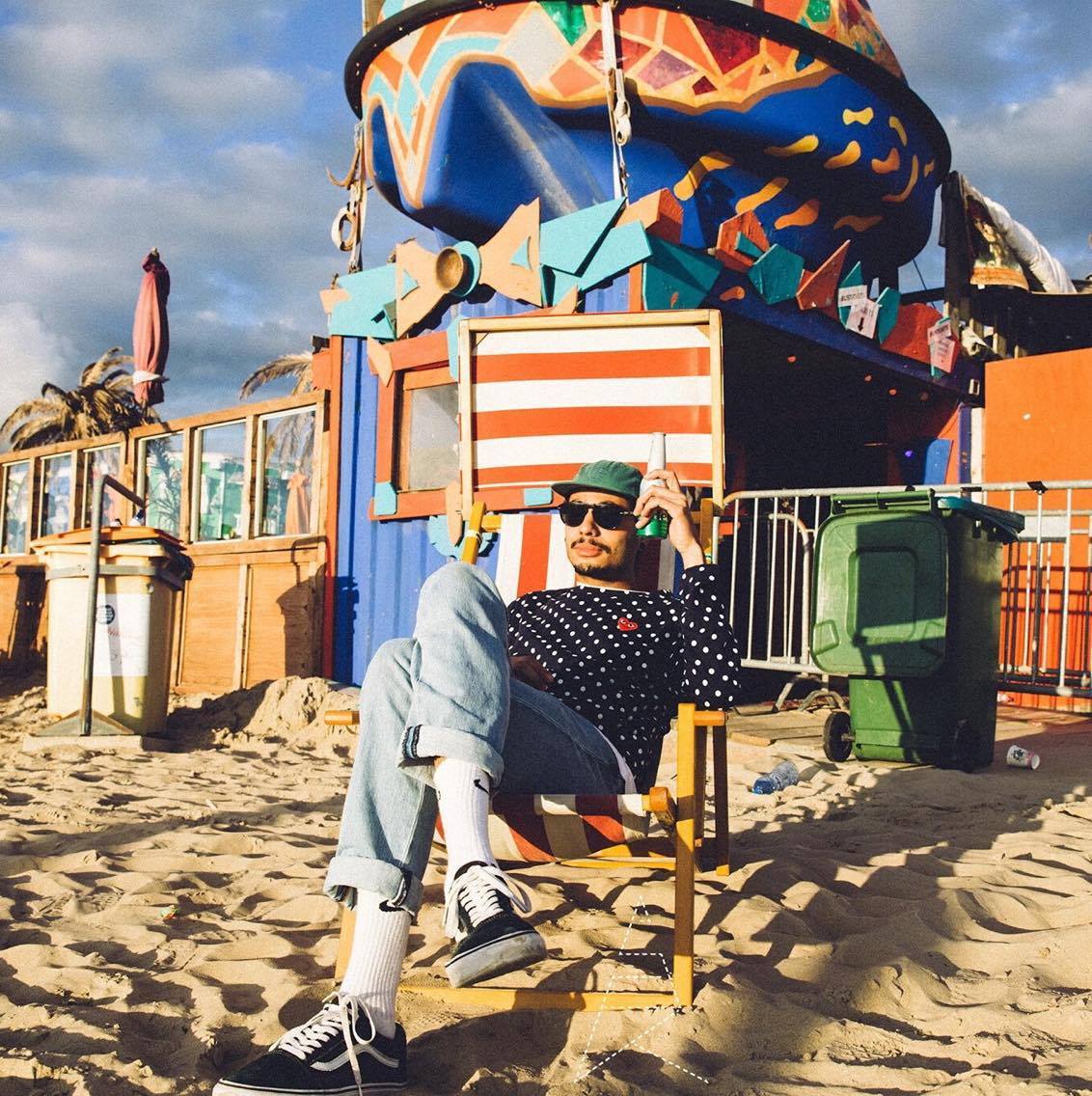 I asked 21 year old Jozua Tuinfort, owner of the evenly young House-oriented organization Our Society, for his opinion on the current club scene in Amsterdam, what the contribution of his events are and what ADE means to him. Our Society is hosting an event at Radion on Sunday, with American House pioneer Theo Parrish as the headliner. The event caught the attention of different music blogs, naming it one to look out for. We met at the Wasserette in De Pijp for some coffee on a surprisingly good weathered afternoon.

Hi Jozua! The origin story of Our Society is an interesting one. Could you tell how it came about and why you started organizing events?

For sure! It started with my 18th birthday actually, which got pretty out of hand. I threw a birthday party for my friends and it kinda felt like a secluded society, where music was the driving factor. From that point on I realized I had a interest in organizing events where people get together and could enjoy sounds which people in the past danced to, which is House music.


"From that point on I realized I had a interest in organizing events where people get together and could enjoy sounds which people in the past danced to, which is House music."

Another turning point was when I first saw Bicep play over at former Trouw. They emulated a certain form of House, which brought about this uplifting and cheerful vibe. It reminded me of a vibe which was in the air in the club scene late 80s and 90s. Even though I wasn’t around then, obviously ha-ha, the music encapsulated the vibe and I experienced it through that, through which I experienced it. I wanted to bring that same vibe back, of the dark skinned singers shouting out their emotions on a track and a sense of togetherness.

Do you feel like that uplifting and cheerful vibe where House originates from is missing in Amsterdam?

I wouldn’t say missing, but rather a lack of demand. If someone my age asked what kind of music I’m into, and I would reply with House music, I subsequently had to give an explanation that I wasn’t talking about Afrojack, for example. But that I was talking about, lets say, Larry Heard. The former type, which I wouldn’t call House anyway, was available way more in Amsterdam. Our Society shows those exact people what House really is and where it originates from. By taking music as the driving force and taking you on a natural high, however cheesy that might sound.

That’s the philosophy behind it, actually.

It seems you know the club culture quite well, where do you see it heading to, in Amsterdam?

I’m from the ‘Trouw-generation’. After its success and the rise in popularity, while still maintaining top shelf quality and a guaranteed good vibe, there hasn’t been a venue which scratched that same itch, for many. I think Amsterdam kind of got cursed a bit because everybody was trying to look for a replacement, and there were attempts. But it kind of feels saturated. On the other hand, the more attempts you have, the more chance is at hand. That’s why I want to find out what the recently opened clubs Claire and Shelter are bringing to the table.


"I’m from the ‘Trouw-generation’. After its success and the rise in popularity, while still maintaining top shelf quality and a guaranteed good vibe, there hasn’t been a venue which scratched that same itch, for many." 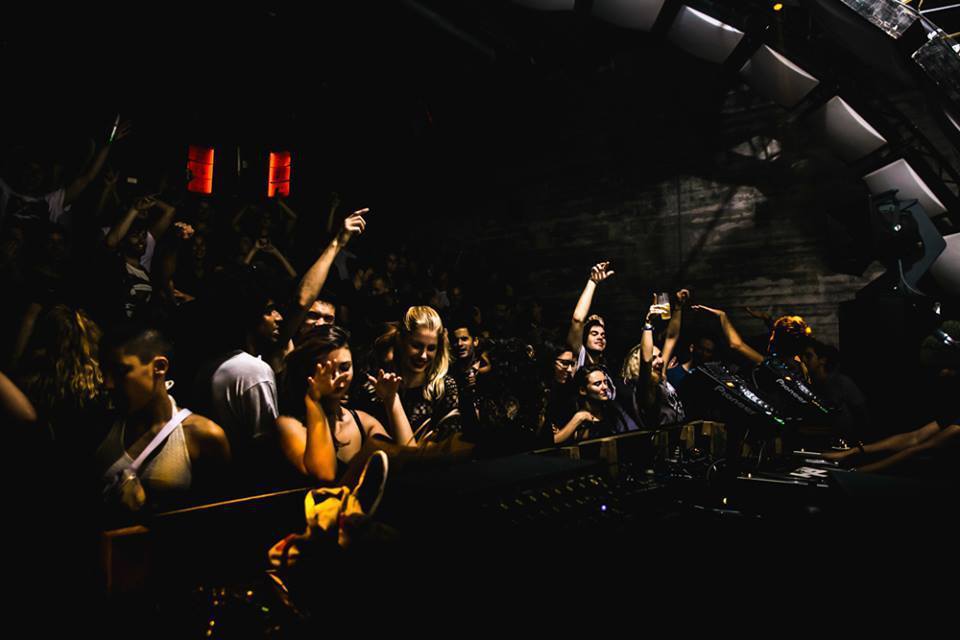 Have you seen a change in the scene since you started Our Society?

Well, you now see a rise of interest in the same genre. I personally really like Rush Hour and the music they stand for, which is bigger than just House and we are kind of in the same lane, music wise. But for Our Society, we just want to bring sounds to the decks that we like. Yes, we could ride on the wave of the growth of the scene and the fact that people now are able to dive deeper into music, but we keep doing our own thing. And we are acknowledged by people for that. That’s where our strength is at.

How does Our Society differ from other events, for example, the ones you go to yourself?

As said, music from the past and the additional vibe are central to the concept. Events like Rush Hour and OWAP excel in pursuing both. But we’re a young organization, run by a younger generation. We know full and well that we can’t really simulate the exact same, and we don’t intend to. We take it as a source of inspiration and use the same music, but add our own younger twist to it. That’s why we have Byron The Aquarius and resident/colleague Wendel Sield playing on Sunday too.

How has the same change in the scene affected your view on the direction of Our Society?

It’s beneficial that there is a growing interest among younger people in older music styles, but that didn’t determine the wider range of music played at Our Society events. It has more to do with the development of my own musical taste. I mean, crate digging, going to more selective events and plainly getting older influenced my taste. I don’t want to label Our Society as just House anymore. Another changing moment was when we invited Chez (another house legend, to Amsterdam last year. When I asked him what his end goal in life was, he replied with: “I want to inspire people who inspire people. Like you.” The fact that I, a young music lover from Amsterdam, am being acknowledged by one of the people who made all this happen in the first place, made me realize that I wanted Our Society to do the same; inspire. Who knows, there might be an 18 year old who decides to make great music or becomes a DJ, after he joined Our Society, so to speak hahaha.

Well, Sunday might be a next opportunity. Your last year’s ADE event exceeded all expectations! It was an international star-studded get-together which became more or less an ADE closing event, of which a lot of people spoke highly. 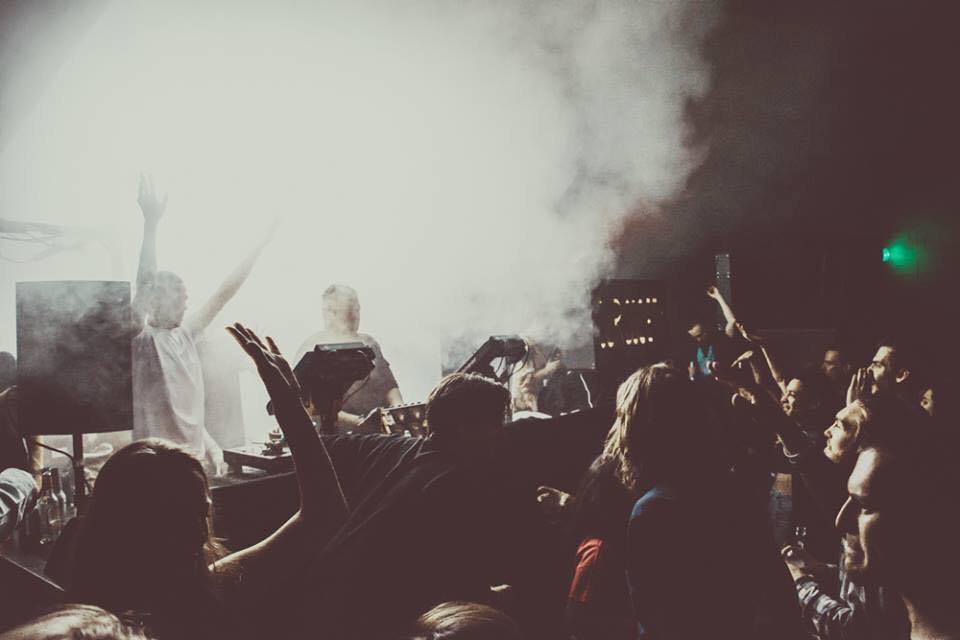 It definitely exceeded my expectations, yes! Having some of my favorite DJs just barging in gave us a lot of affirmation, in the sense that we were getting acknowledged for our intentions. I remember looking at the booth from the dance floor and facing Louie Vega, Ron Trent and Nina Kraviz, on my event! That’s one of many ultimate dreams of a (young) music lover.

And again this year, you managed to invite yet another pioneer to the city; Theo Parrish. A favorable name for many House heads. It seems like you book DJs for the sophisticated music lover. Do you see Our Society as giving parties for the ones with a developed taste?

We booked Theo for the music lovers, yes, and gave him space by letting him perform an all night set. I’d like to think that Our Society gets viewed that way. But I don’t want it to be elitist or something like that. It should be accessible as well. Both 50 year olds who were alive and partying in the time the music was created and young people like myself could participate and add to the solidarity of the night. That’s why it’s called Our Society. A mishmash of different people, just like in Amsterdam itself, which is inspiring on its own.

Yeah. Everything is mixed and blended together within the culture of Amsterdam. You could have a Surinamese toko, a Turkish restaurant and an Italian pizza place right next to each other, with an evenly diverse group of people having dinner there. The same goes for Our Society. We have that too. It’s also part of the reason why I moved away from only labelling it as House music, and started to incorporate the originating and close related genres, like Disco, Funk, Boogie and Techno as well.


"Yeah. Everything is mixed and blended together within the culture of Amsterdam. You could have a Surinamese toko, a Turkish restaurant and an Italian pizza place right next to each other, with an evenly diverse group of people having dinner there. The same goes for Our Society." 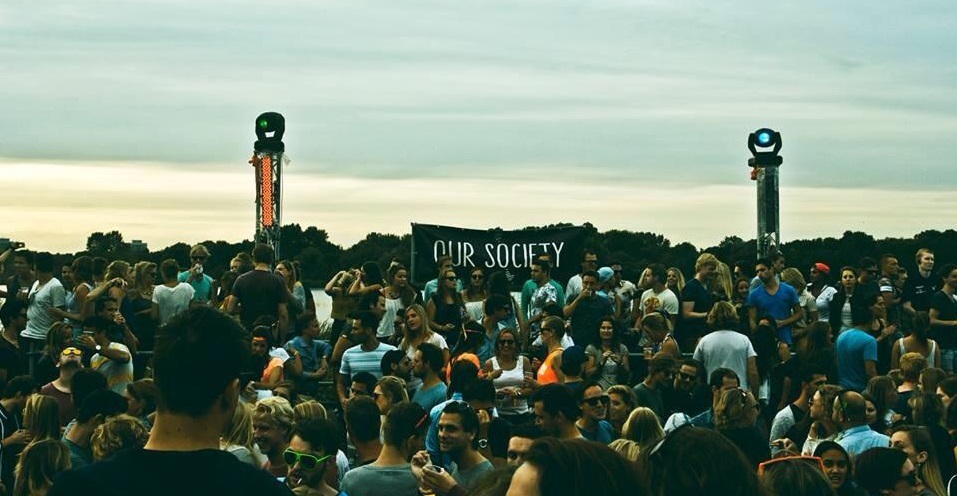 With ADE around the corner this week, what are some events you’re looking forward to?

Well, I’m gonna attend some conferences and start networking a bit more. That’s something I haven’t done in the past. It was practically only partying then. But now that Our Society is maturing and growing more, I’d like to do the same during ADE. As I mentioned before, I’m gonna hit up Claire and Shelter as well. Also, Louie Vega is playing on Wednesday at Groove Odyssey, that'd be worth a visit too. But I also have to do some preparations for Our Society as well, which gets me kind of nervous, as it’s coming closer haha.

Alright, last, somewhat off-topic question. What records do you have on repeat lately?

Ha, good one! I actually secretly have been neglecting House a bit lately. I’m bumping Kaytranada – Leave Me Alone and Frank Ocean’s Nikes on repeat the past couple of weeks. Also a bit more Lo-Fi oriented tracks, from the likes of Mall Grab are on replay as well, his Boiler Room set is amazing!

Thanks Jozua for your time and have a blast during ADE. 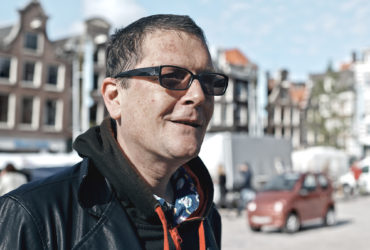 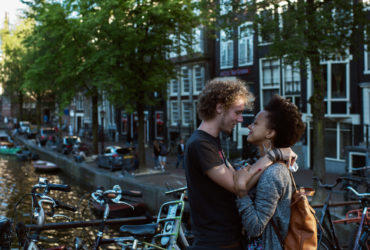 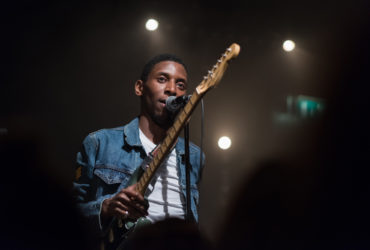