Once a month, 6,000 creatives in 71 cities around the world rise and shine in the very early AM. Their alarm rings for CreativeMornings, a free monthly breakfast with a short talk before they go to work. The speakers range from design legends to local heroes, bringing creative minds together, creating new connections and cooporations. Since 2008, CreativeMornings has served 94,587 cups of coffee to their local creative communities.

CreativeMornings Amsterdam is run by five creative volunteers. These local heroes celebrate our city’s creative talent every month by organizing a breakfast talk. The last Amsterdam talk was ‘sold out’ in less than 24 hours. Next week, on March 28th, Citinerary’s founder Robin Cox will speak at CreativeMornings as part of the global series on the theme Hidden. We spoke to Lauren Manning, one of the Amsterdam Morning Persons.

Who are the 24,792 Morning People on the CreativeMornings website? In September 2013 our new website was launched, which was made possible by the generous CM community that contributed to our crowd-funding campaign on Kickstarter in 2012. The new website features an easily accessible and searchable archive of every CM talk, as well as the ability to tag quotes from a video, post comments, share content and save talks & favorite videos to watch at a later date. 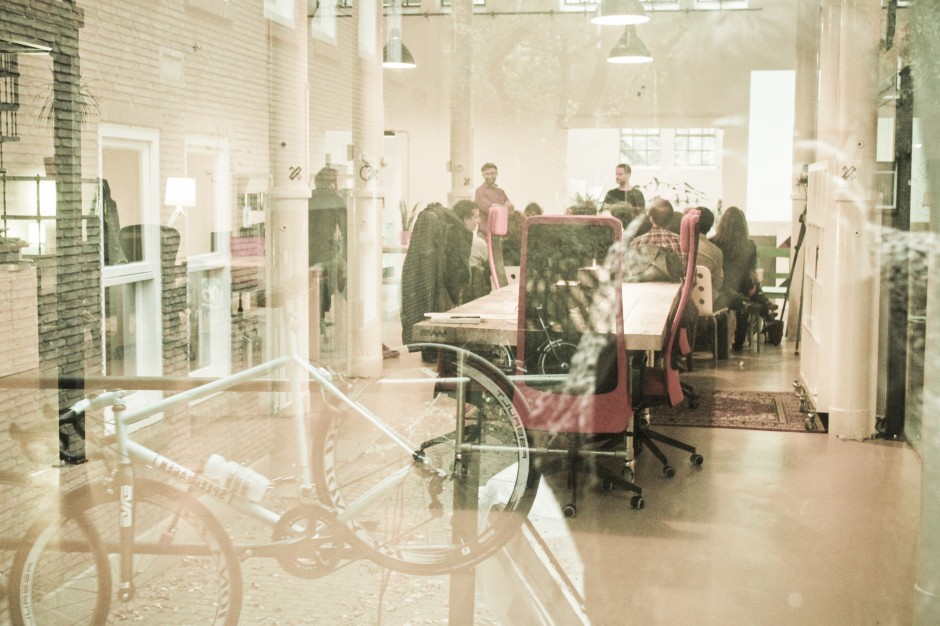 Are you a Morning Person? At least once a month I am!

What makes Amsterdam a great CreativeMornings city? Amsterdam is an extremely creative city, we have a wealth of talent here and the community is very open to creative ventures. We’re spoilt for choice with galleries, museums, music venues, restaurants and spaces where people can get together and create beautiful things. Due to the compact layout of the city, we’re not subject to barriers such as arduous commutes that cities like London or New York face which can hinder creative parties getting together. We’re lucky to have an international airport too, as this helps to increase the flow of creative channels to a global scale. Amsterdam is a pretty liberal city which helps as we’re open to new & exciting ventures.

How many cups of coffee are being consumed at an Amsterdam CM talk? Just enough to get us going on a Friday morning. Plus a few more... 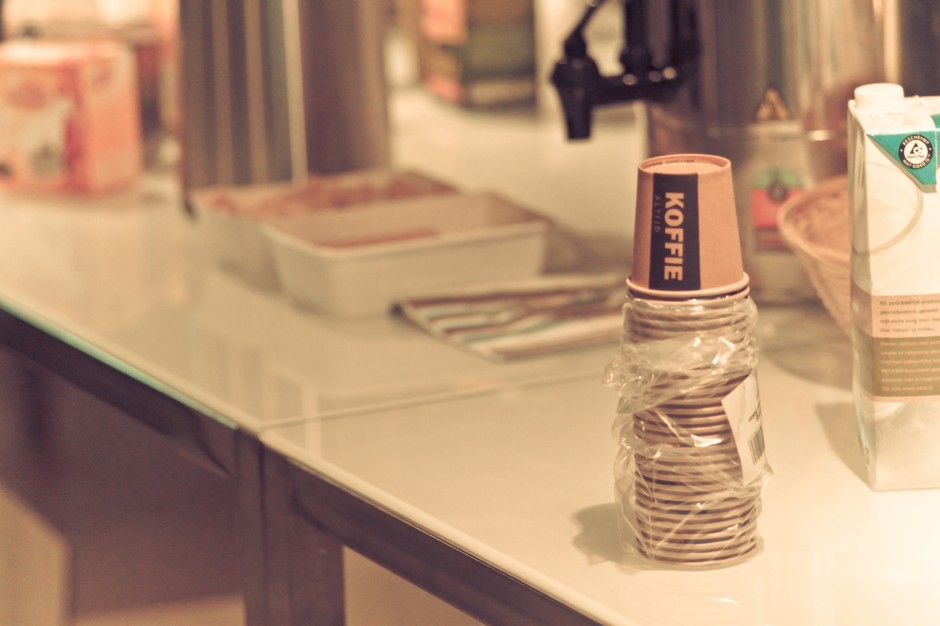 How are the global themes being selected? In 2013 CreativeMornings introduced unified themes, which means that all of the chapters around the world invite speakers that relate to the month’s theme. It’s great to see how each host city presents a different take on the proposed theme. This month’s theme is Hidden and was chosen by the Seattle chapter.

How does your team give an Amsterdam twist to the theme? Each month we get together and bring our individual ideas to the table regarding our take on the next month’s theme and who we think would be the perfect speaker. From there we make a decision. It can be quite an interesting process as themes can be interpreted in such different ways. For example April’s theme is Sex so we could focus on Amsterdam’s Red Light District, or we could approach it as the difference between sexes, or the history of sex within the creative community or even how something / someone is perceived as sexual. As you can see, the options are limitless! You’ll have to come to the breakfast lecture in April to see which route we decided to take for Sex...

What did you find the most inspiring Amsterdam talk so far? Each talk is unique as they focus on different themes and people. It’d be hard to say which one we’ve enjoyed the most as it’s like asking a parent which child is their favourite. As awareness around CreativeMornings Amsterdam grows, so do our options for amazing & inspirational speakers. Already this year we’ve been lucky enough to have Kim Demåne and Cath Laporte speak, and it was hard to walk away not feeling inspired after listening to these two. 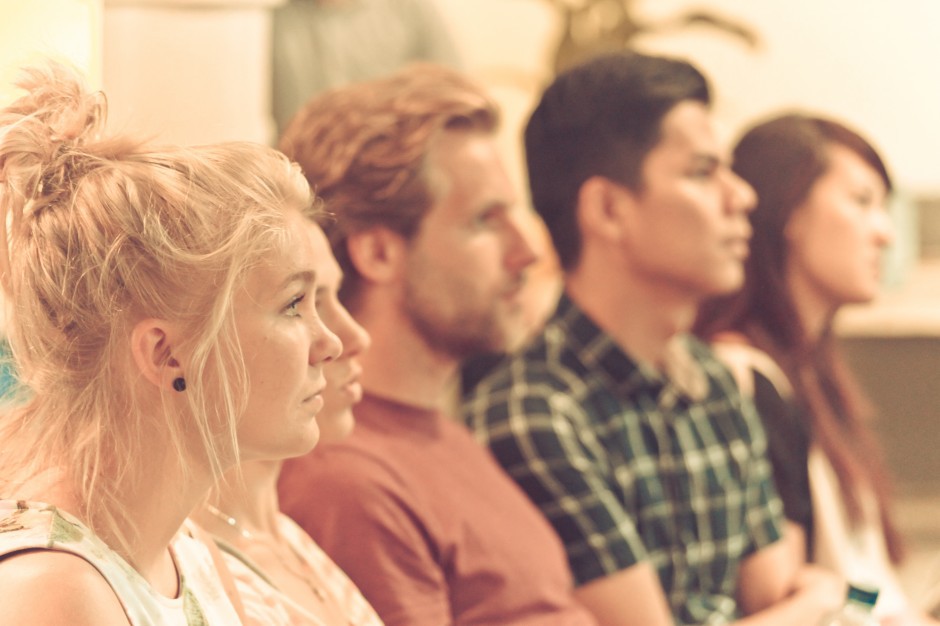 Which Amsterdammer would you love to invite to speak at Creative Mornings? There are so many talented and creative people in Amsterdam that we couldn’t name just one Amsterdammer. In saying that, we do have a few speakers up our sleeve for 2014 who we think will give thought-provoking and inspirational lectures. Our aim is to bring Morning People a few tastes of the melting pot that makes up the Amsterdam creative community.

Let’s talk about your aim to bring the creative community together. Do you know of any great cooperations that started at Creative Mornings Amsterdam? Yes, there’s been quite a few! We met photographers Joyce and Andres DeLange of onahazymorning at a CreativeMornings event a few months ago and they’re going to be our official CreativeMornings photographers for the next three months which we’re really excited about! Kim Demåne and Cath Laporte also paired up last night to create Coffee Space – an exhibition of Delicious Brains hosted at Trust. We’ve also been told that everyone who attended the Taco Carlier’s talk in August has since been inspired to purchase a Vanmoof bike (this may or may not be 100% accurate). We look forward to seeing what new partnerships occur from CM in the future! 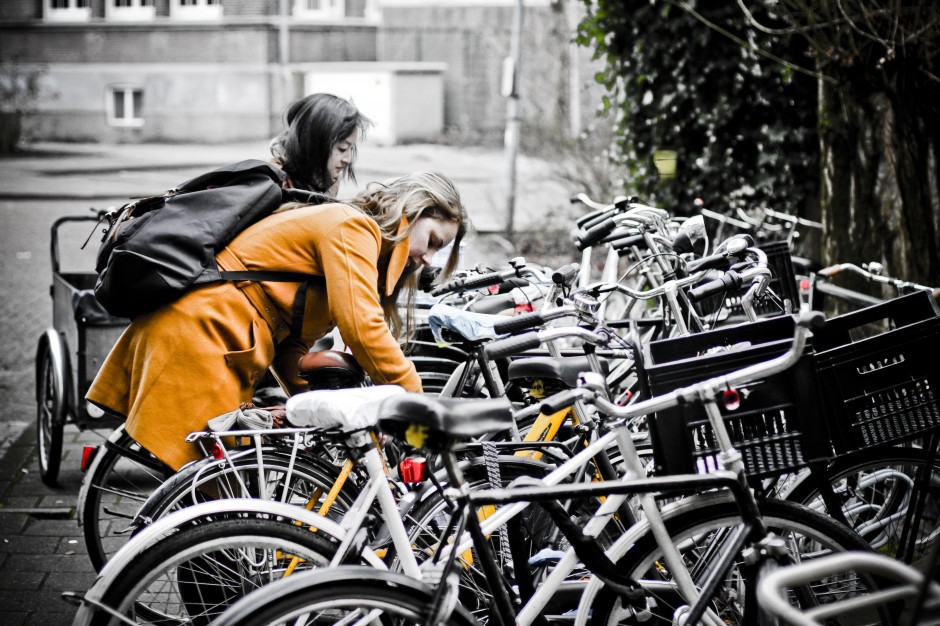 Morning People are the individuals who make up the CM creative community. Everyone who attends a talk becomes a Morning Person and they have their own profile which they can update as they see fit our site. The profile allows people to include links to their social media pages or websites, plus follow others. It’s also a great way for them to see how many talks they’ve attended and to keep track of tickets for upcoming talks. In a way it’s similar to a social media profile, and it also opens up the communication channels between individuals. 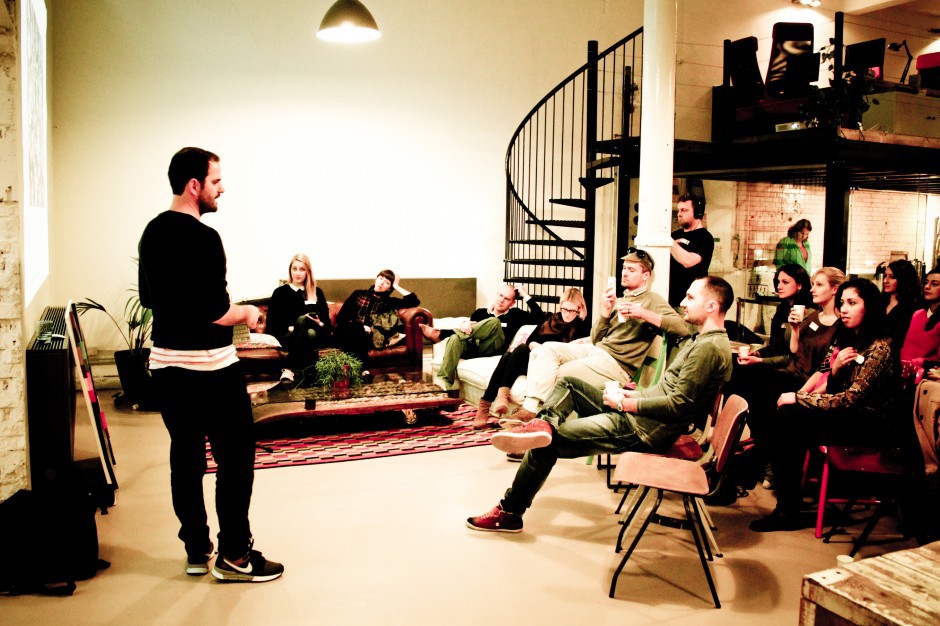 Make sure to register this Monday, the 24th from 9.00 AM CET to attend the next CreativeMornings talk with Citinerary’s Robin!

Big thanks to Lauren Manning, we loved talking to you and hear about your enthusiasm for CM.