Crêpes on a snow day

Today was just one of those days. You wake up in the morning and everything is white. The ground is white, the cars are white and the trees are perfectly decorated with white stripes along the branches. In this, the darkest time of the year, when it’s only light out for six hours a day, and when weeks can pass without seeing the sun, snow makes the whole city brighter.

While enjoying the snow we decided to visit Les crêpes d Elen for a cappuccino and a late breakfast. Luckily for us, Elen herself was there and made time to talk to us in between customers. Elen Raud, the proud owner of Les crêpes d Elen, is from Brittany on the west coast of France and has been in Norway for nine years. She had always made pancakes for her Norwegian friends and had always gotten the same response – you should sell these. 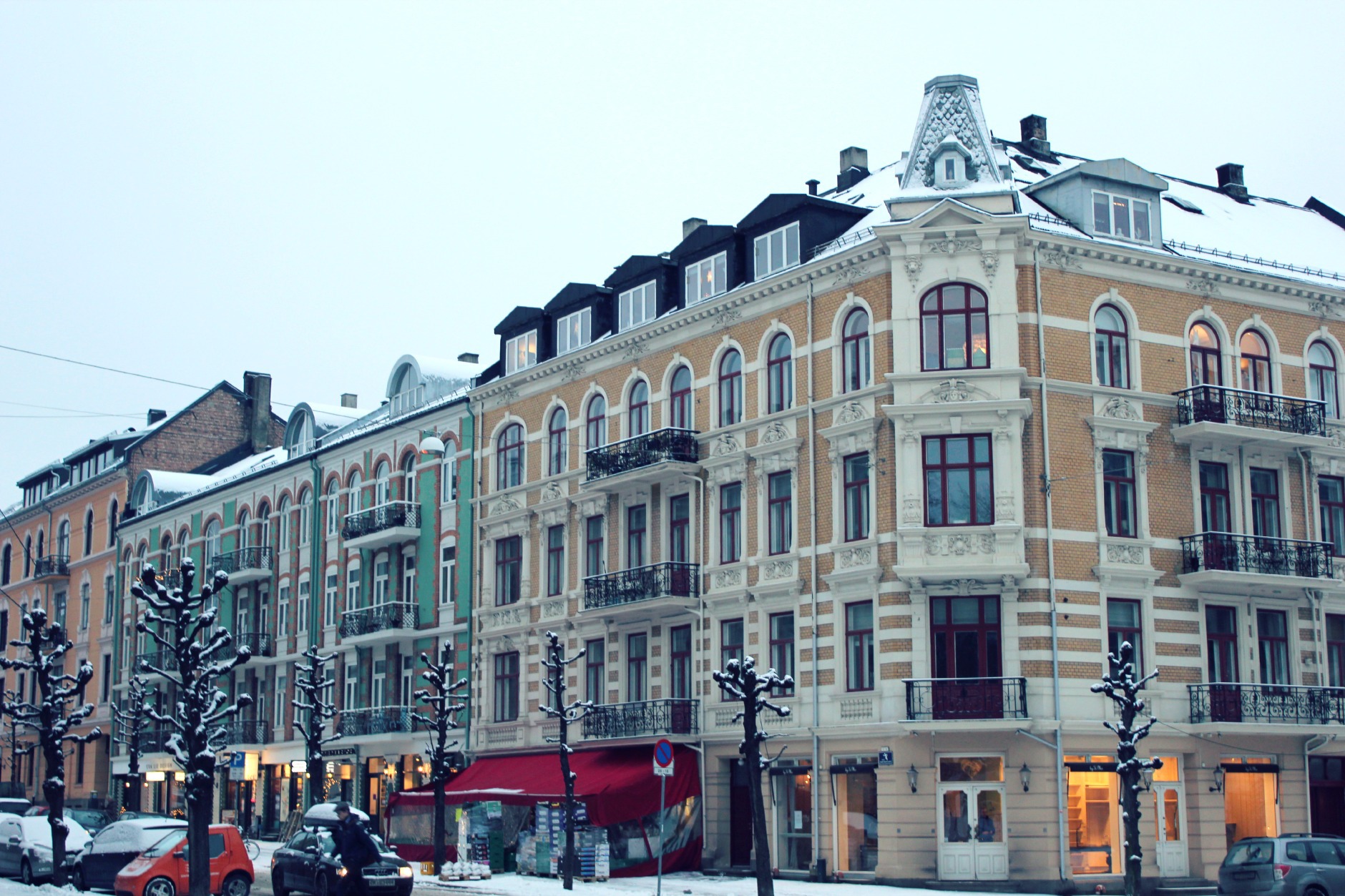 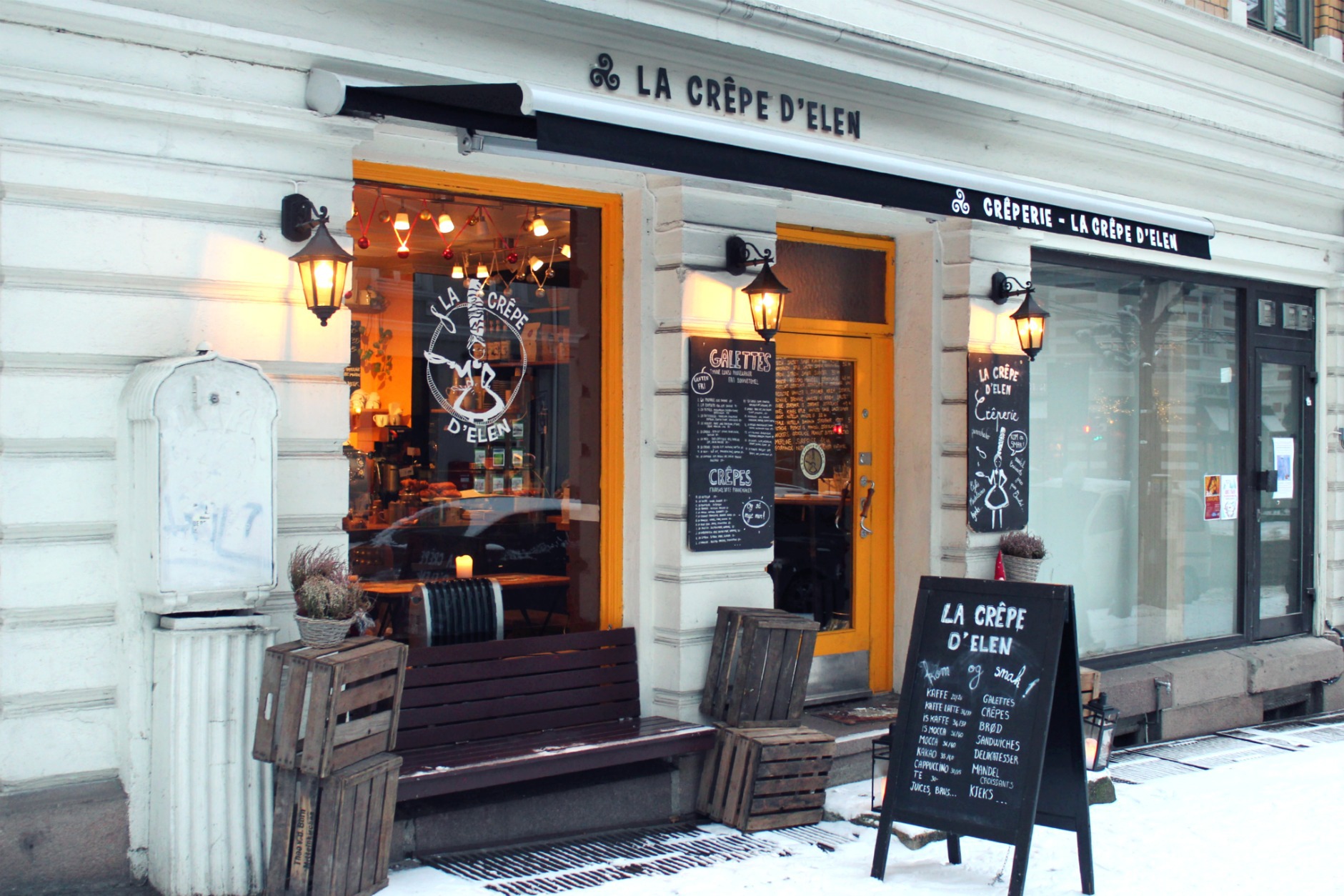 Less than a year ago she started to think about opening her own place, and now she has two. The second branch at Mathallen has just as many customers recently including the famous chef Eivind Hellstøm. When did you decide to open a second branch? The people from Mathallen had heard of my place here on Frogner (neighbourhood) and they came to me and asked if I was interested in opening a second creperie there. 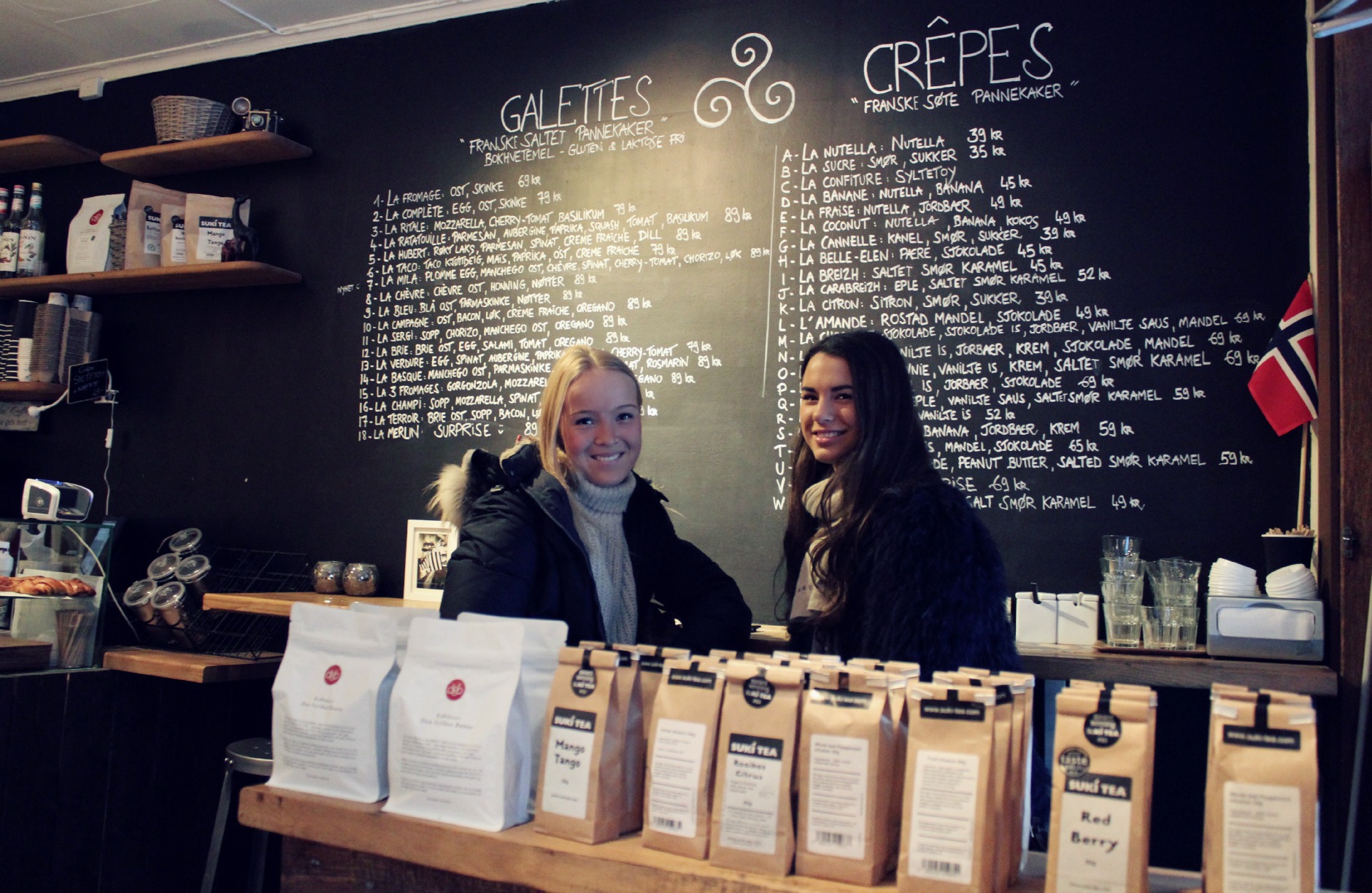 Did you decorate the store yourself? I got help from my good friend Mélanie Sourisseau, she is an architecture and comic illustrator and she helped me with the style and she did the wall paintings also. Did she also do the handwritten menu? No, this is me. She did the signs outside though. 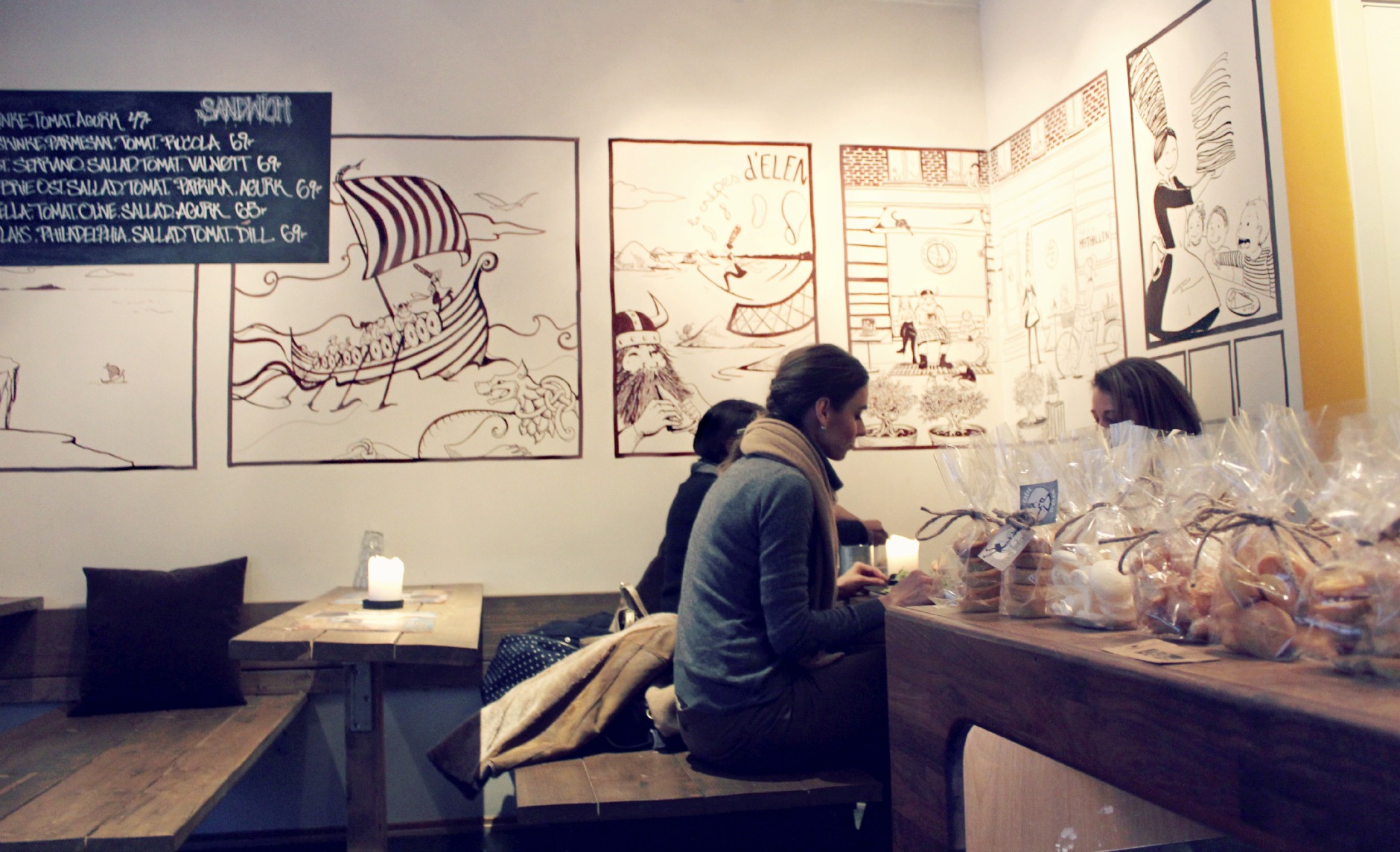 Tell us about the food please... We have sweet pancakes, crepes, and the more salty galettes. So you can have breakfast or lunch or a small meal and go for the galettes. Or if you want something sweet you go for the crepes. What are your favourites on the menu? I like the simple and clean taste, so when I make it for myself I do the Ham and Cheese or the butter and sugar if I make the sweet pancakes. 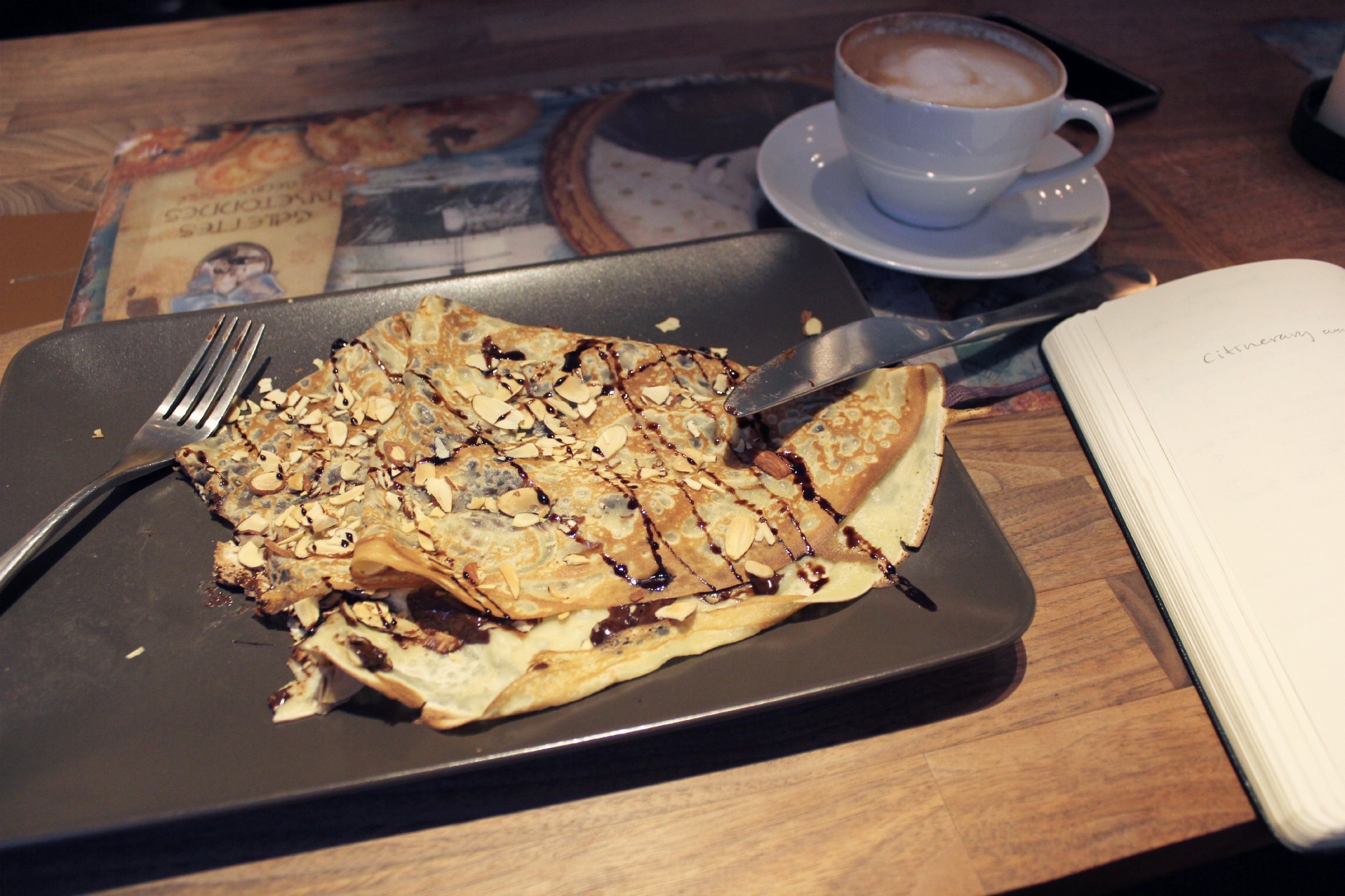 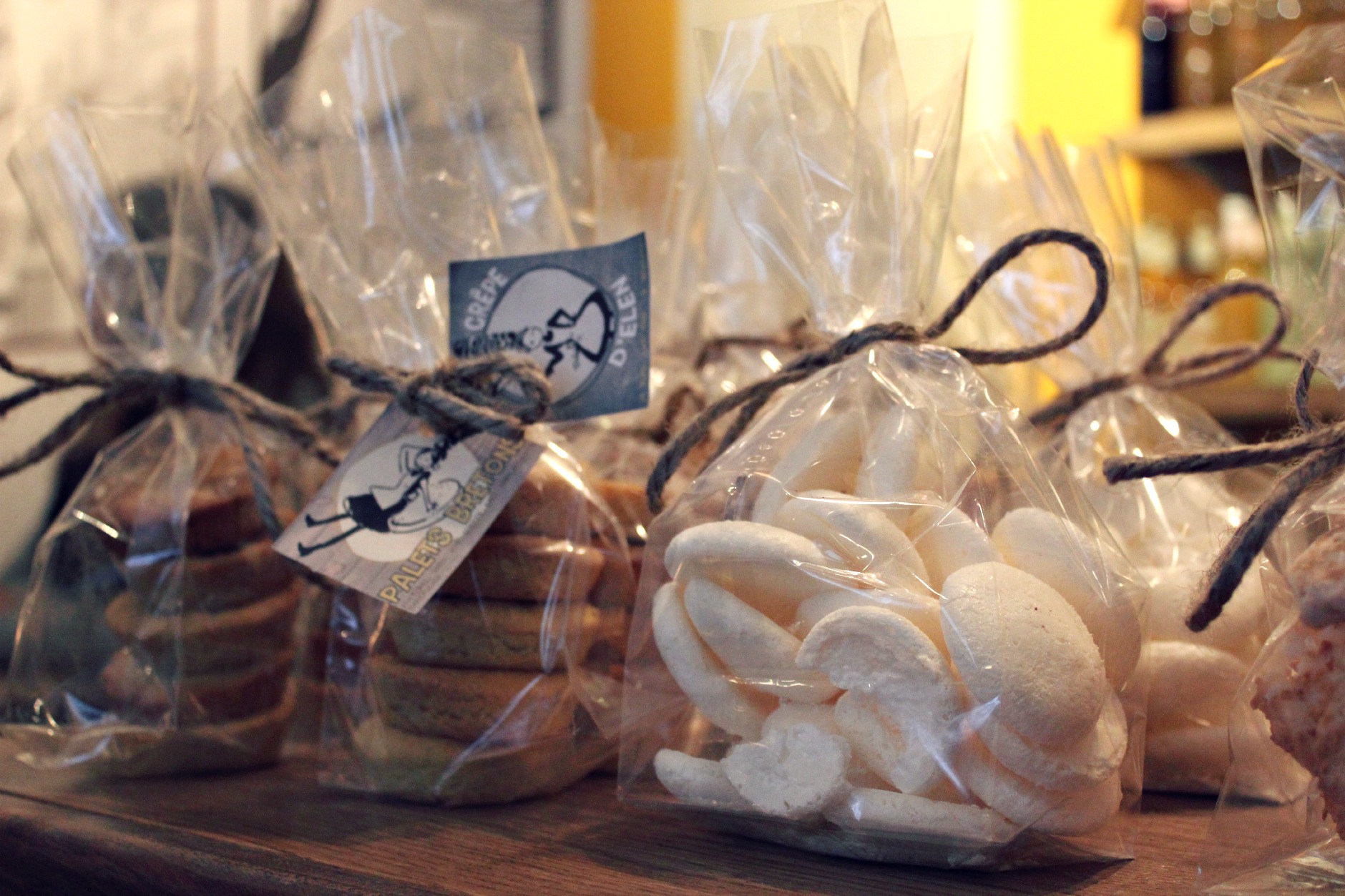 What is the plan for the future? I want to expand the outside area, make it nicer to sit there in the summer. I always think about how to make this place nice but I don’t want to expand to much, I don’t want this to be a franchise or anything. But I would like a little kiosk and be more present at festivals and sport events. I tried it once and had a really good experience. 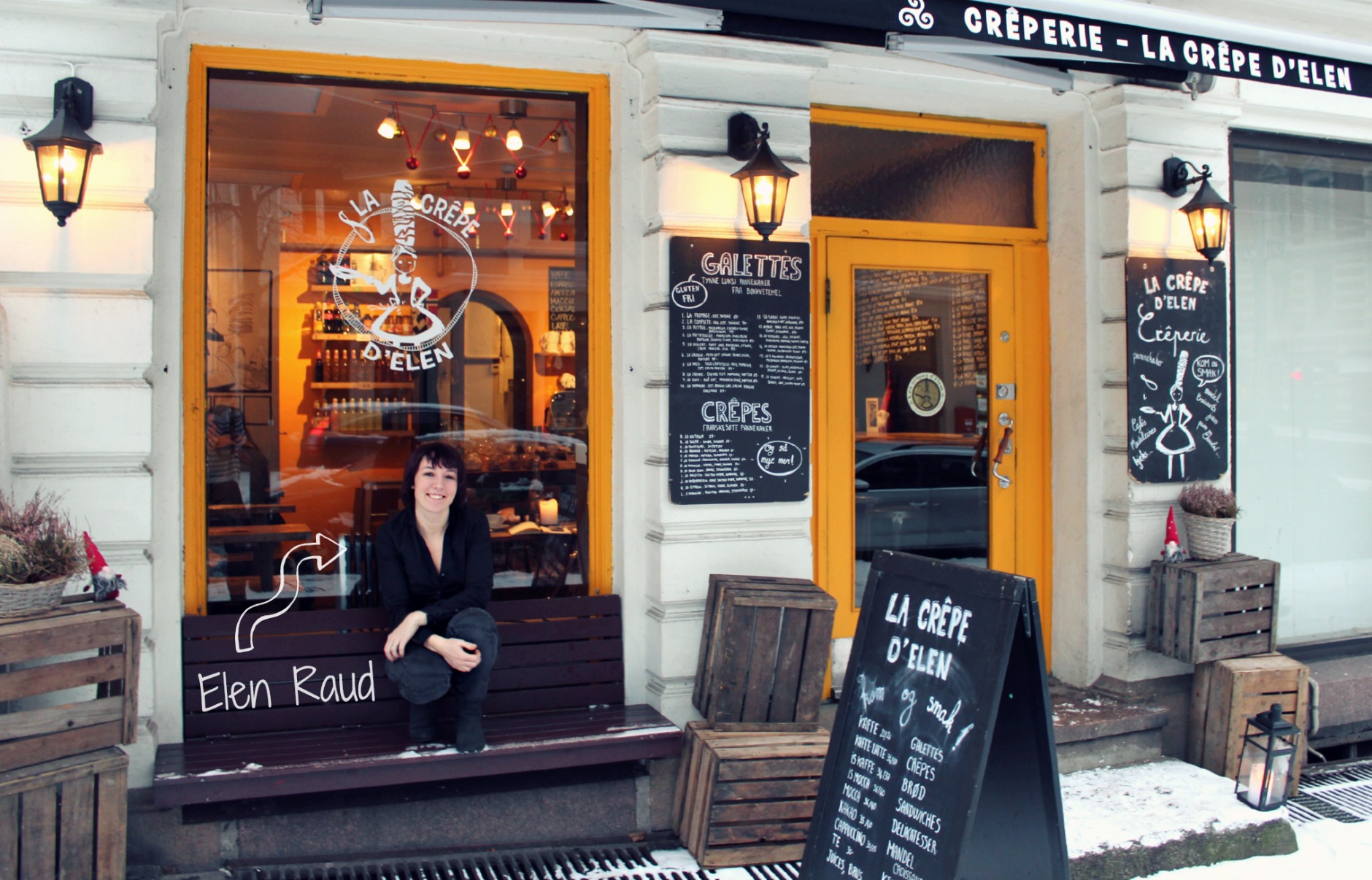 What would you like people to know about Les crêpes d Elen? Everything is fresh, everything is homemade. Not just the pancakes but the croissants and the cookies as well. And the galettes are gluten and lactose free. And we have the crepe of the day that is a little bit cheaper so it’s an opportunity to come more often and try new things. 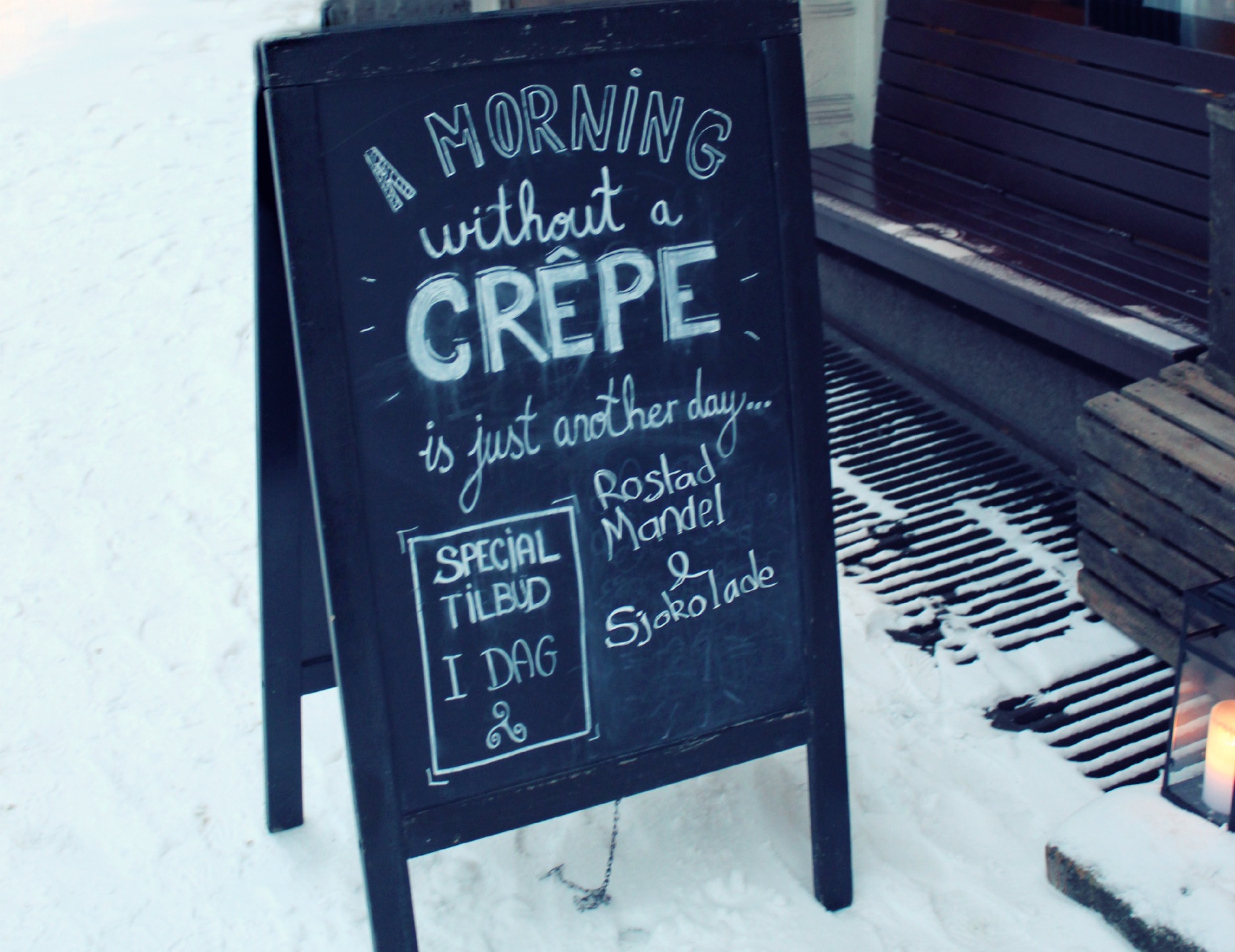 As we sit there a lot of different people drop by, there are city workers, families, high school teens on their break and there are businessmen and women just taking away a coffee and croissant. Elen has managed to take her folded crepes from Brittany and bring people together for pancakes in Oslo. Follow Les crêpes d Elen on Facebook and remember to visit if you are in Oslo, because a morning without a crepe is just another day... -Bianca-