It's Monday, you're in need of a wake-up call. How about a party in the wee hours of the morning? Join our correspondents as they adventure through Amsterdam's Daybreaker, a party in the early (really early) morning.

Pulsing bass, strobing lights, sweaty bodies swaying as one. On stage, a sequinned dancer in a feather headdress vibrates to a beat that is steadily crescendoing into a climax. The crowd goes wild. 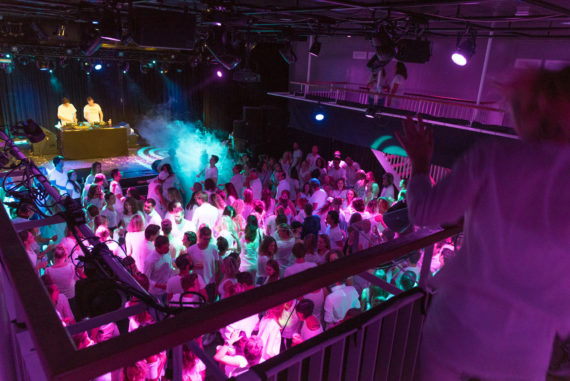 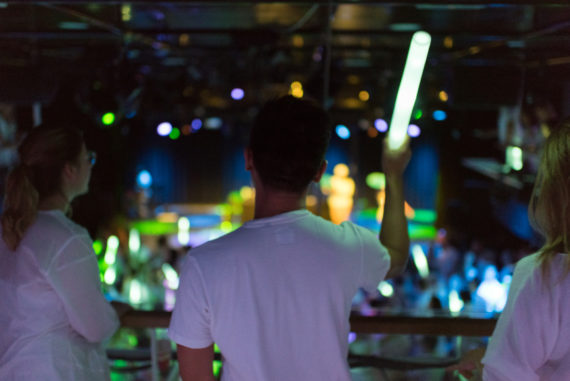 Truly, the wild abandonment on display here could rival any of Amsterdam’s legendary late-night raves. And yet, it’s 8AM and party revelers are hopped up on nothing more than caffeine and good vibes. A cult for the early risers? Publicity stunt for a coffee company? 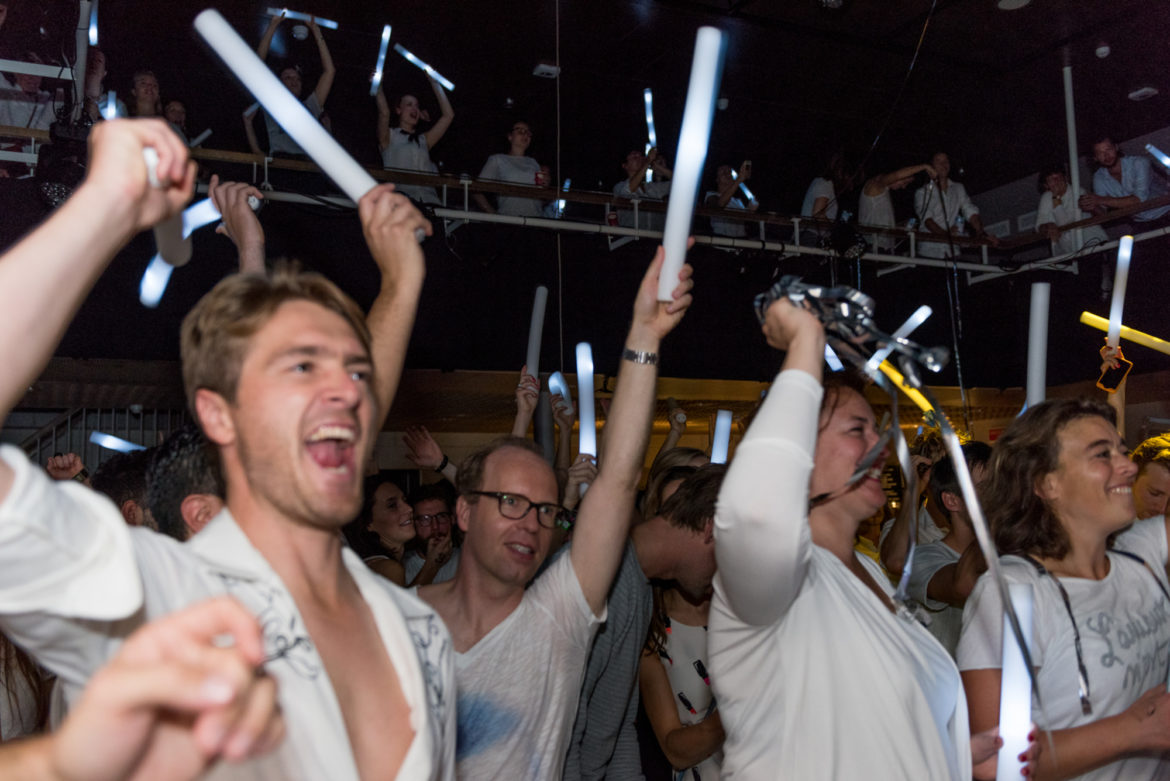 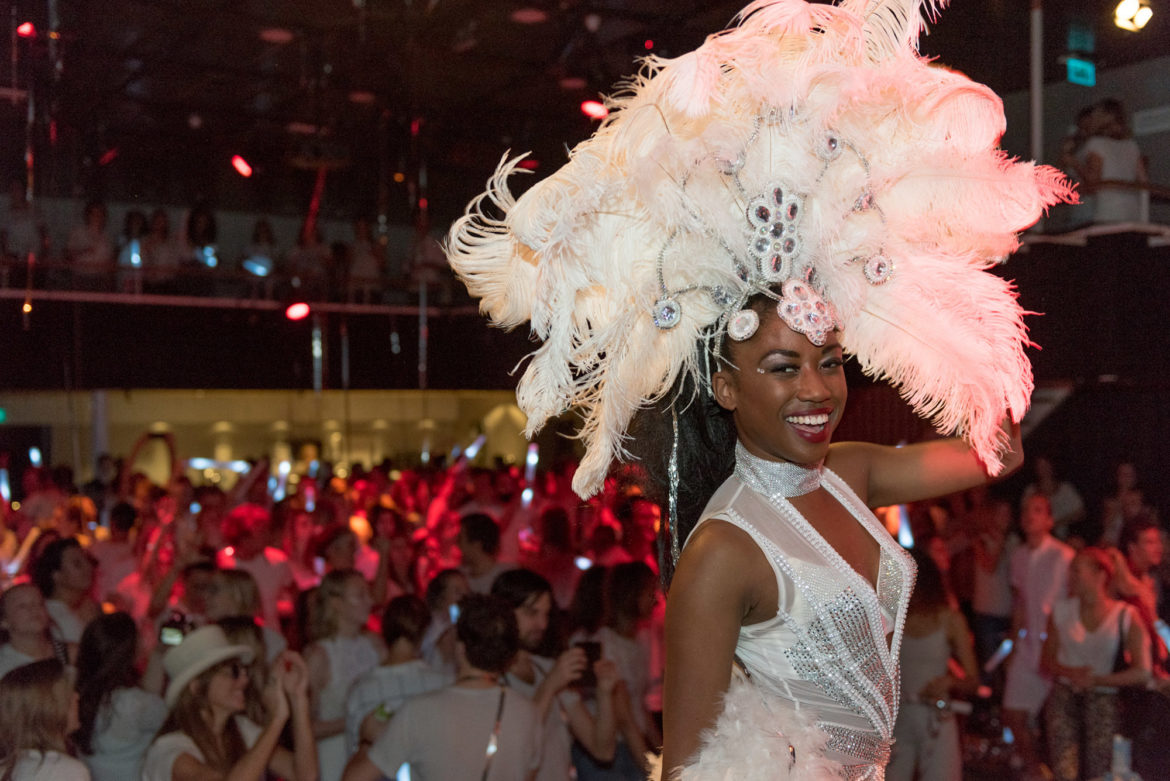 Turns out, the answer is far more innocuous. This AM Amsterdam dance party is part of the Daybreaker network, a community of over 350,000 people spanning 17 cities. Spurred by a night of frustration over New York’s jaded nightclub scene, Radha Agrawal and Matthew Brimer went on to find what has now become a global movement centered around wellness, dance and self-expression. And mornings, always mornings. 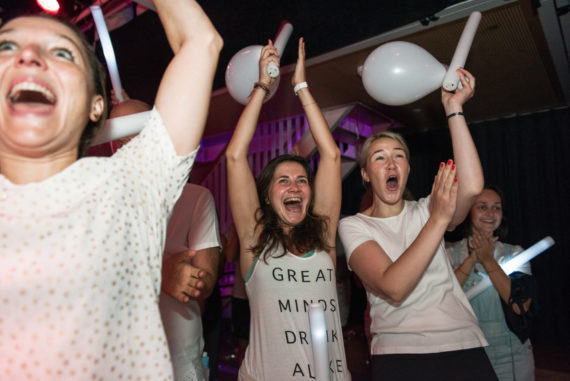 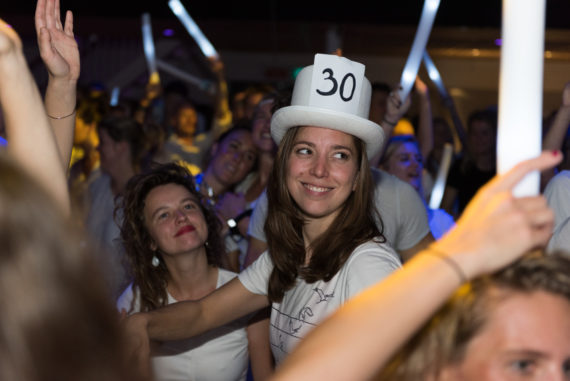 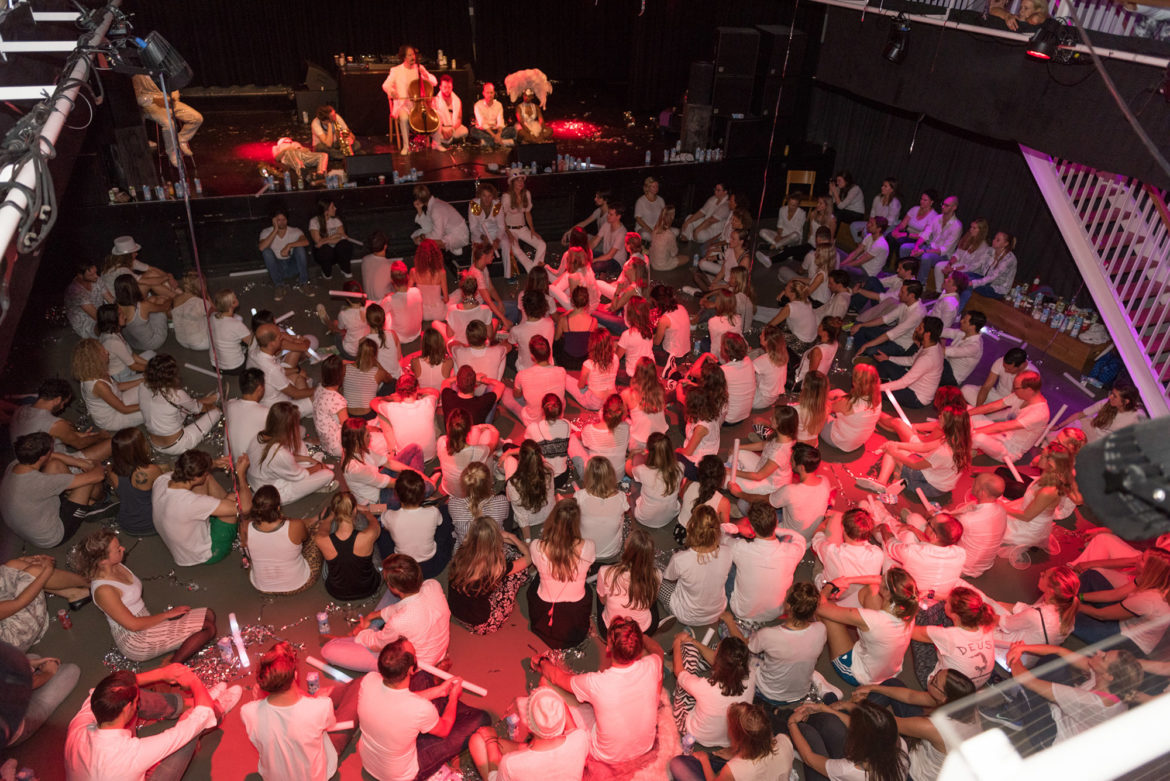 Themed 'Wake Up, White Out', this edition of Daybreaker Amsterdam was hosted at Tolhuistuin and kicked off at 5.30AM with a yoga session, followed by a rambunctious dance party that included a live saxophone player, samba dancers and neon foam sticks. 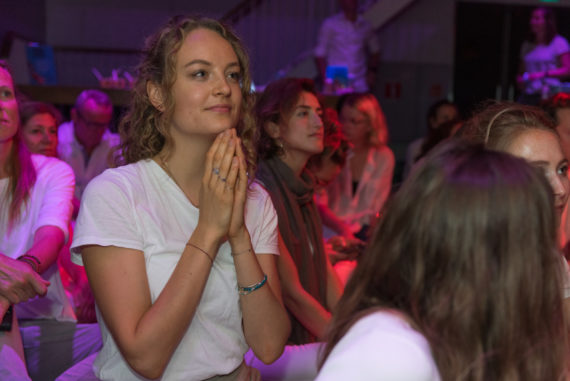 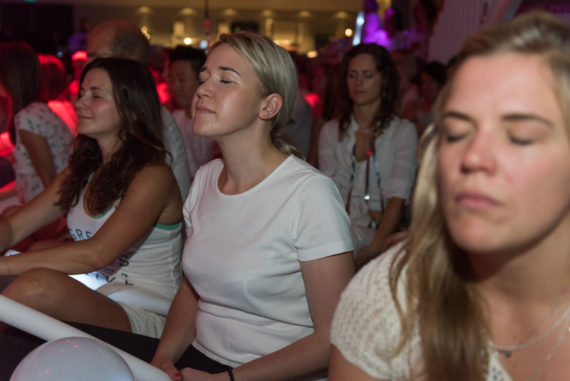 As the party tapered off around 8.30AM, everyone was invited to join an intention-setting circle, before being released back into the grind of daily life. Novelty or not, there’s only one way to find out if a morning rave is your kopje koffie. RSVP for the the next Daybreaker Amsterdam ‘Pyjama Party’ happening this October 18th. 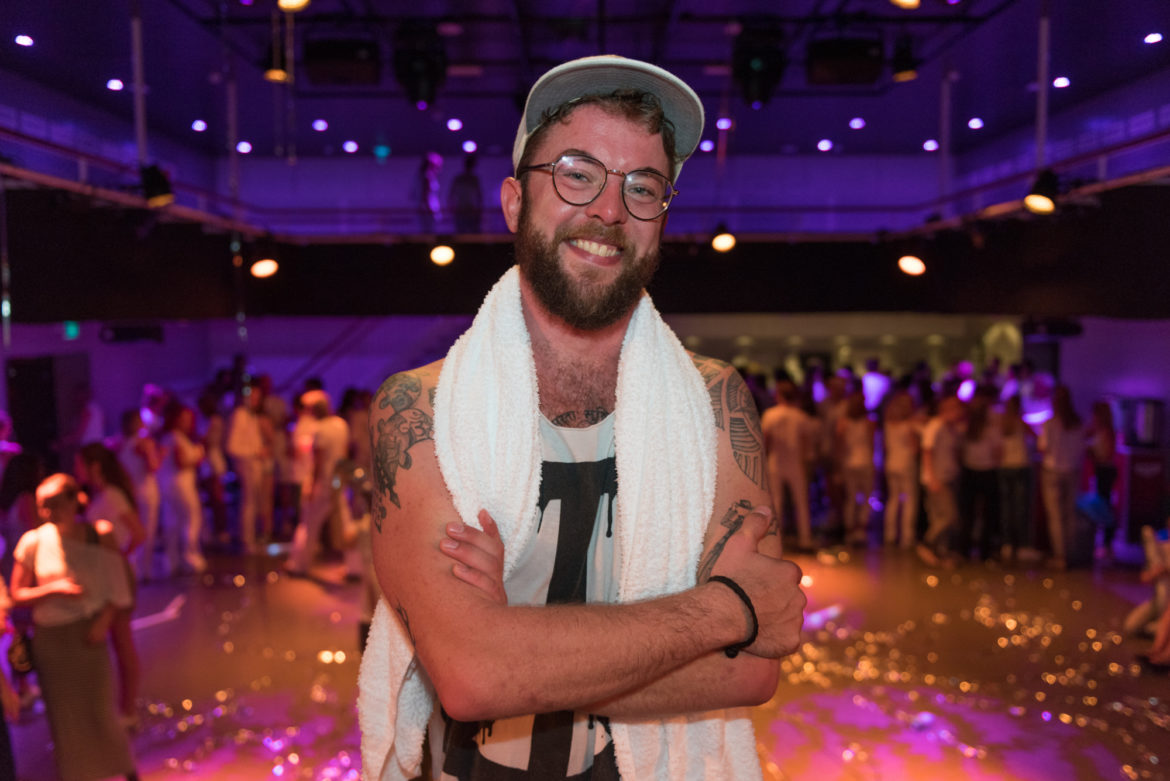 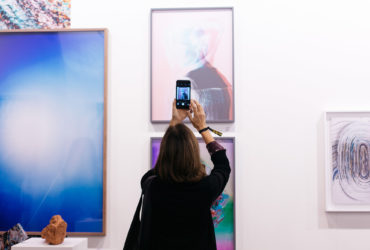 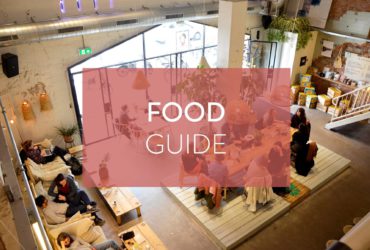 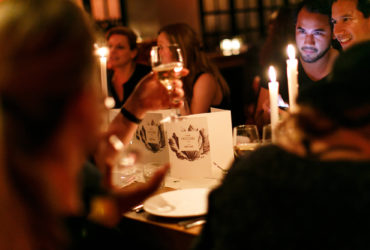