Guest correspondent Matthew takes us to a mind-blowing venue in Madrid driven by creativity. 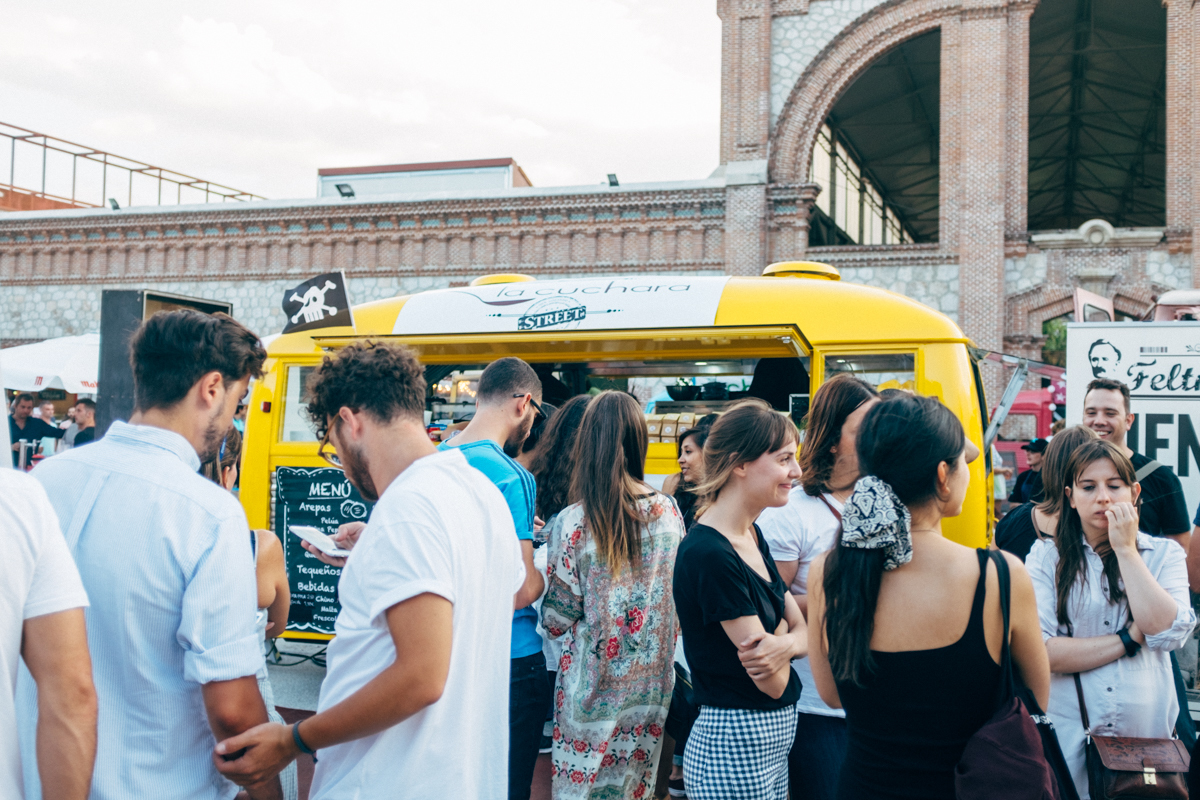 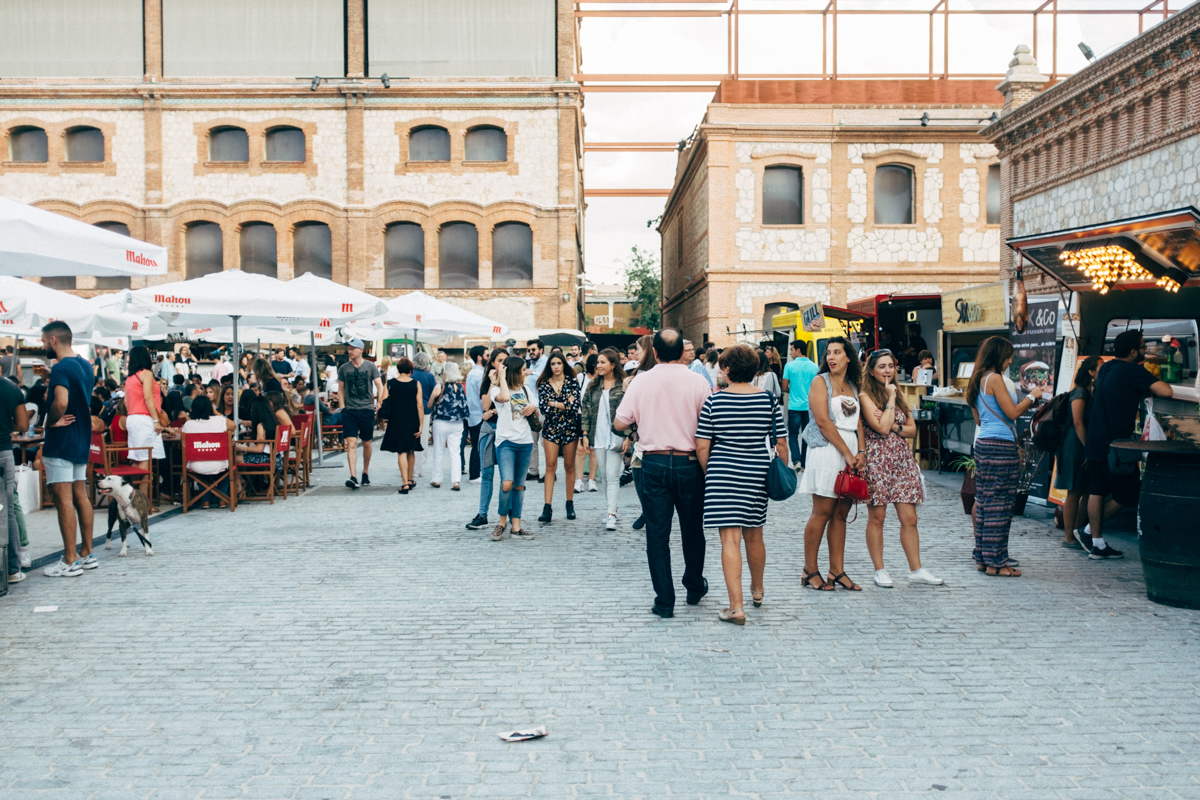 I for instance enjoyed some crazy bun thing with guacamole, shredded fish and cheese. I also had numerous drinks, all of which paled in comparison to this one glass of limoncello slushy. In fact, the slushy was so damn good I offered that the subeditor of this article buy me as many as she could afford and count them as next year’s birthday presents (she declined).

I also chowed down on a slice of margherita pizza with some fresh-to-death buffalo mozzarella and a generous handful of rocket. It was superb. While I enjoyed these fine and indulgent things I perused the nicely laid out design stalls in a courtyard of the grandest extinct slaughterhouse in Madrid. I’ll come back to what I think about the S-house. 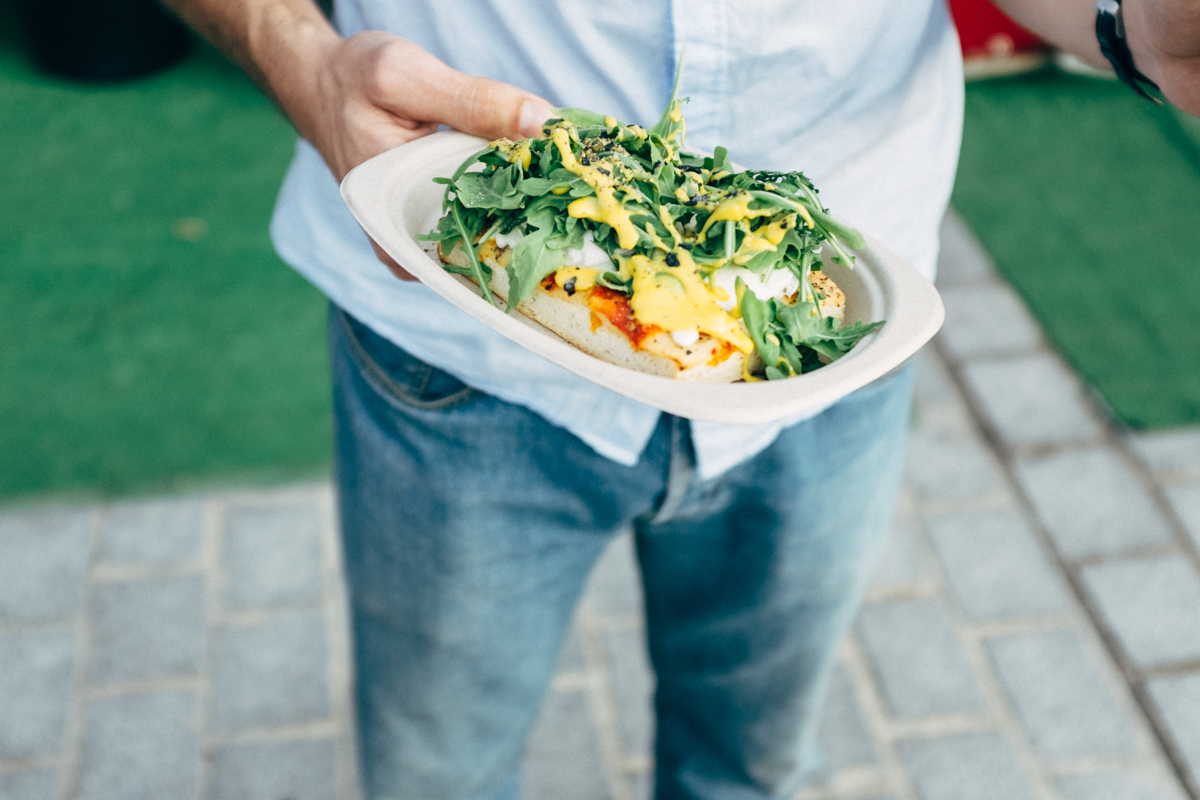 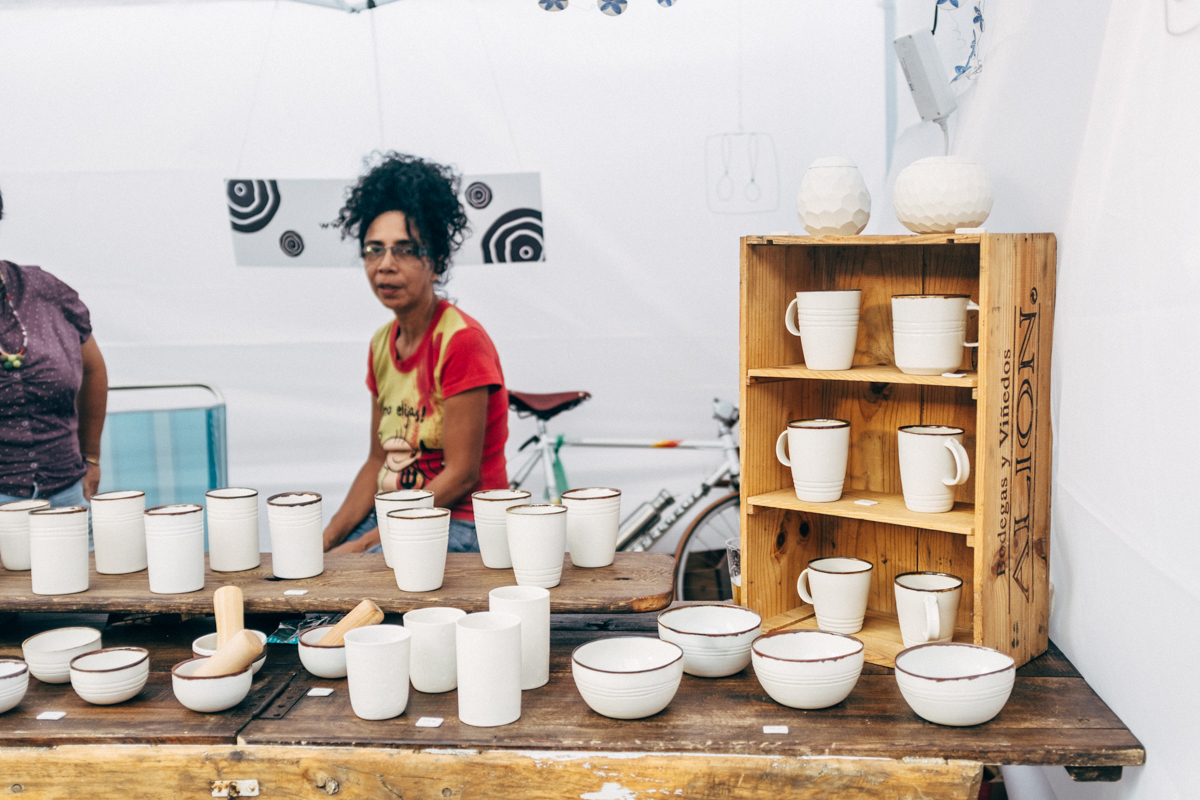 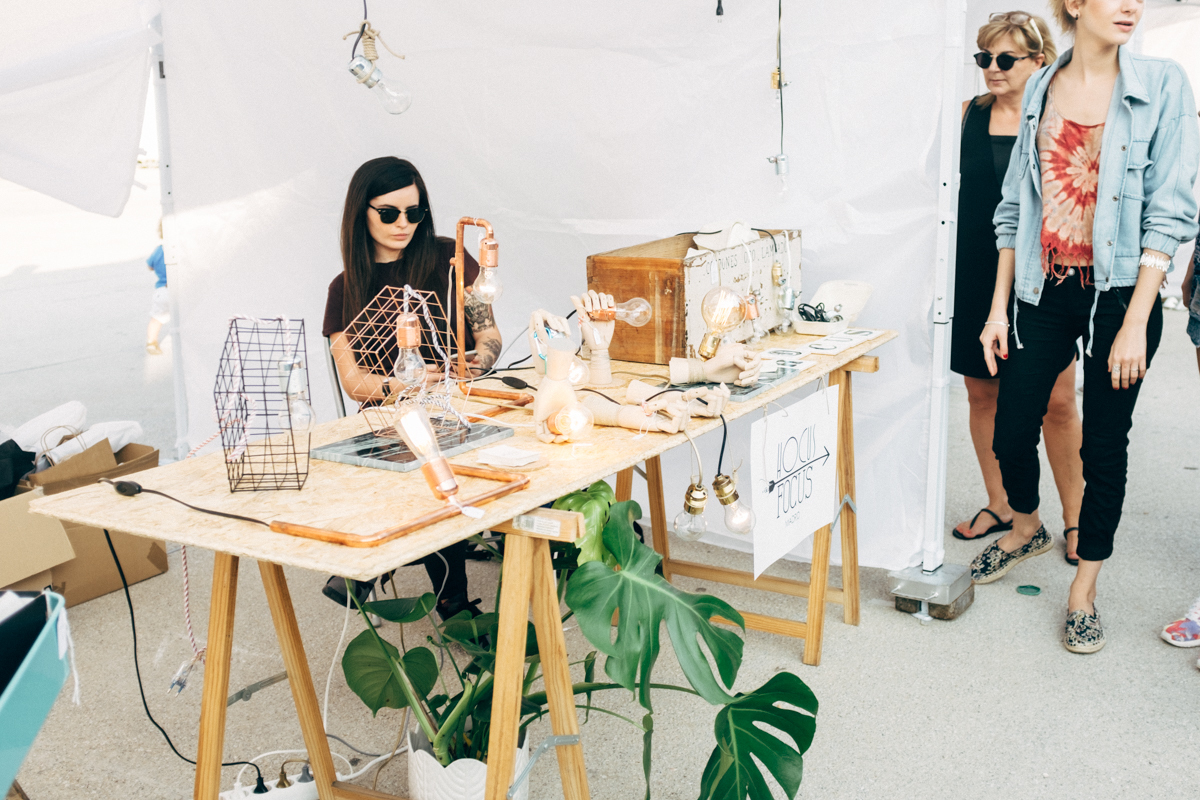 One of the outstanding stores was run by a local couple designing those trendy wooden light fittings that look a bit like atomic structures, these. Also there were a few fixie stalls that grabbed my attention since the bike I’m riding is only nice to look at. Of course there were also stalls that sold leather wallets, jewelry and small little canvas bags with nice things drawn on them. And the usual, all sustainable, all artisanal all that jazz. 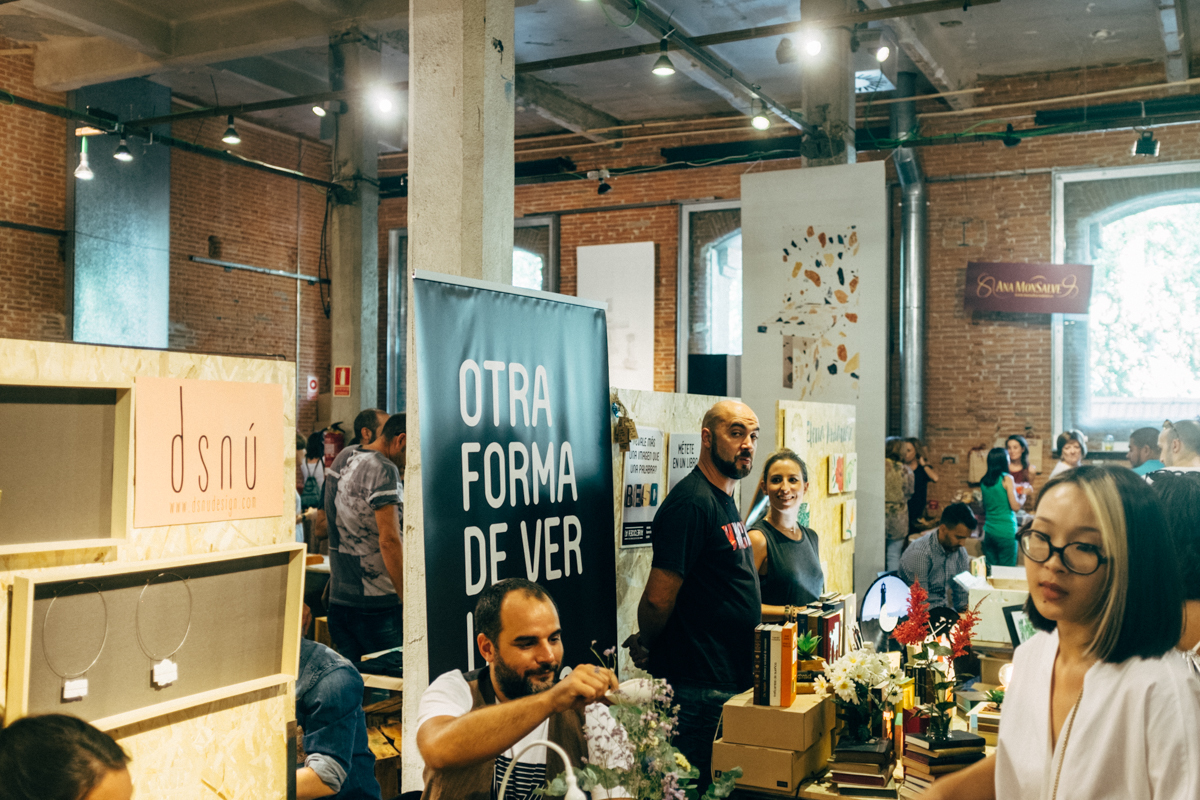 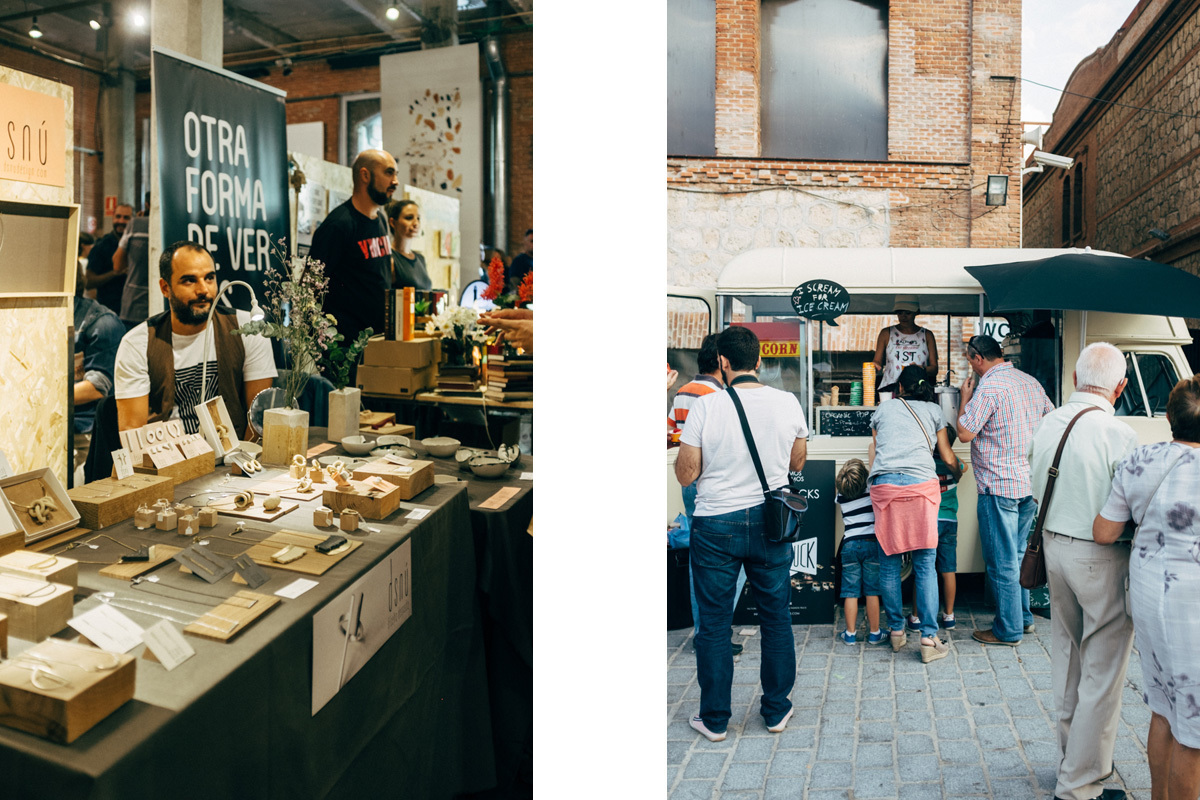 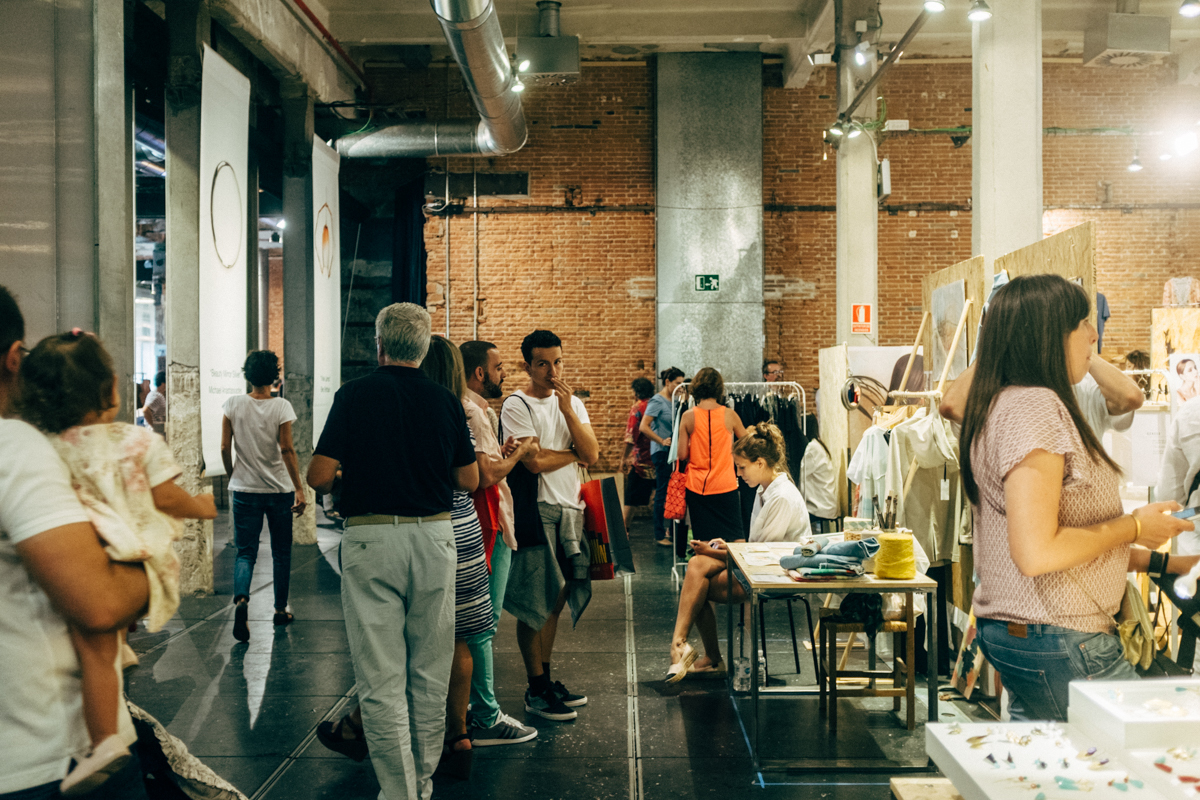 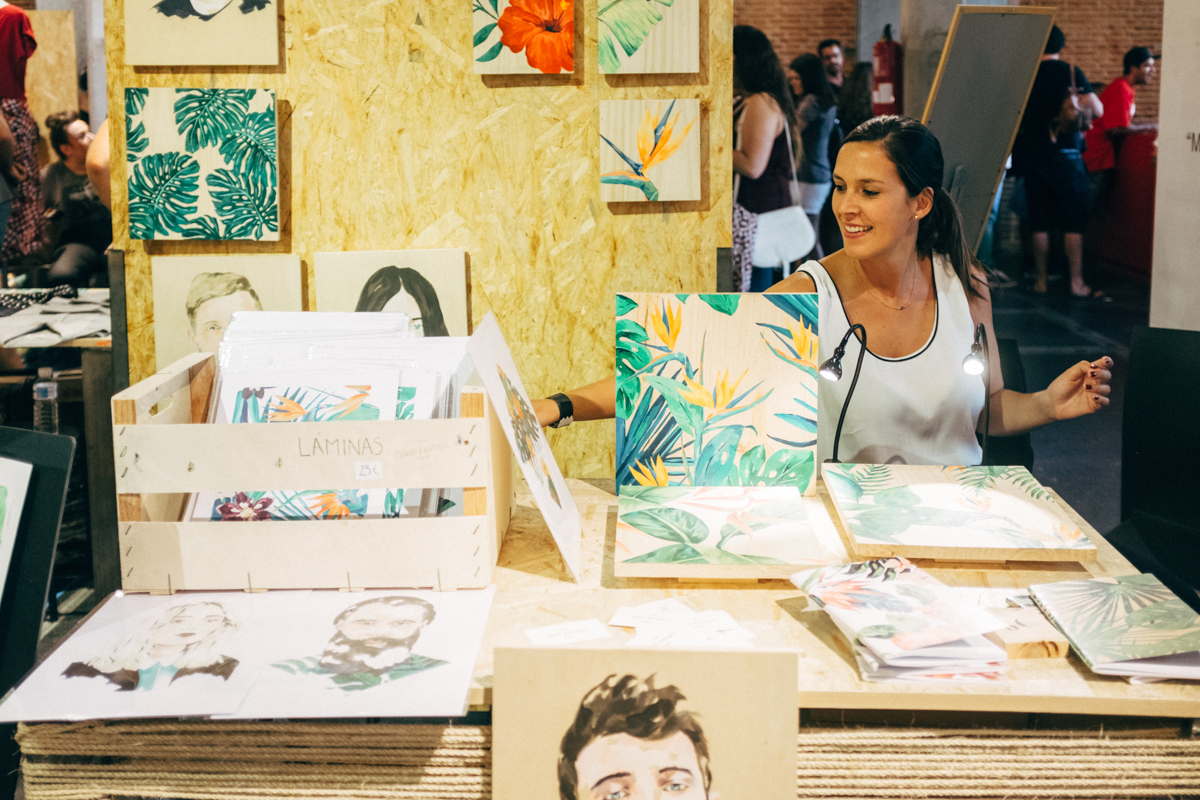 For me though, more than anything, the venue of Matadero Madrid is the most outstanding. SInce its construction  in 1911, the Matadero became of one the most interesting industrial establishments of 20th Century Madrid architecture. Right until 1996, the buildings were in use as a slaughterhouse, until Madrid City Council took the plunge and decided to turn it into a space for contemporary art creations.

"There are also gallery spaces, cafes, bike shops and plenty of space to spread out and sip lattes."

Today, the Matadero is a cluster of courtyards of varying sizes separated or flanked by the worn halls of centuries of butchery. The sheer size of the place goes a long way to help one imagine the scale of past and current animal industries. But weirdly, regardless of the eeriness of this confronting history, the experience of enjoying a market in this re-appropriated space is more than pleasant, especially if you add a sunset and another glass of slushy and a seat. 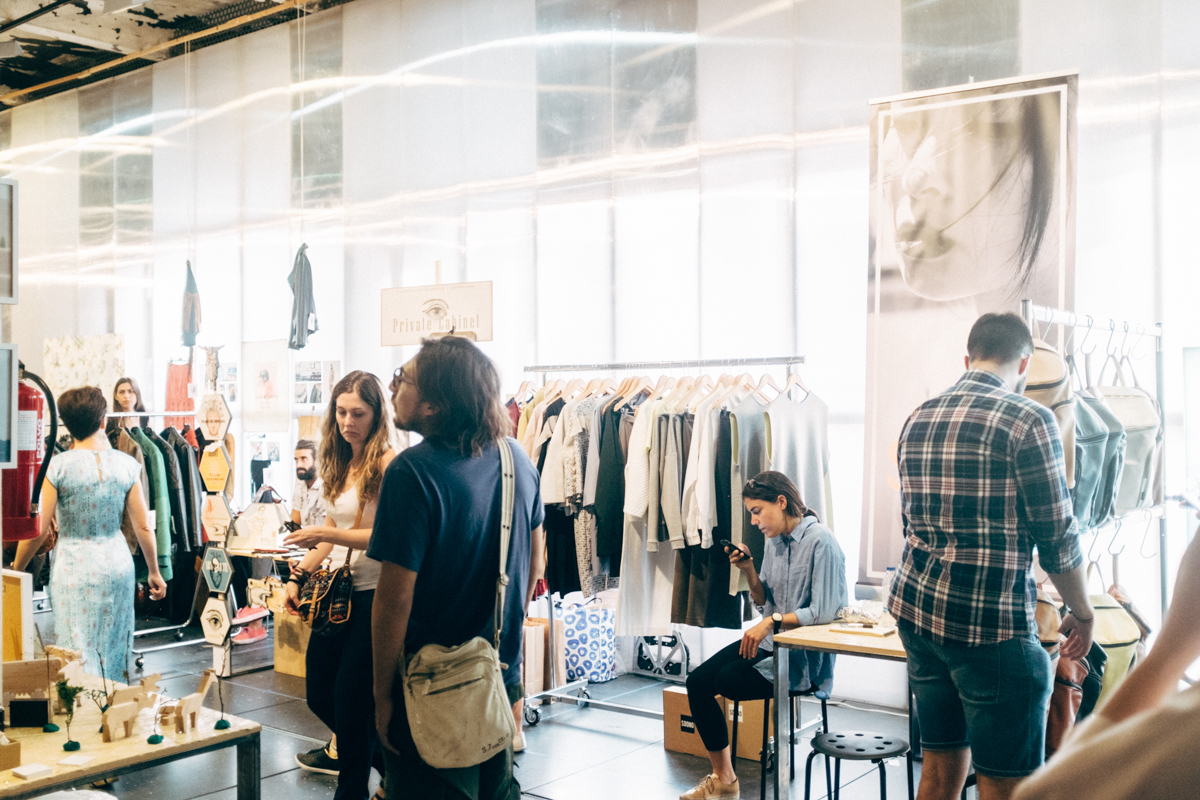 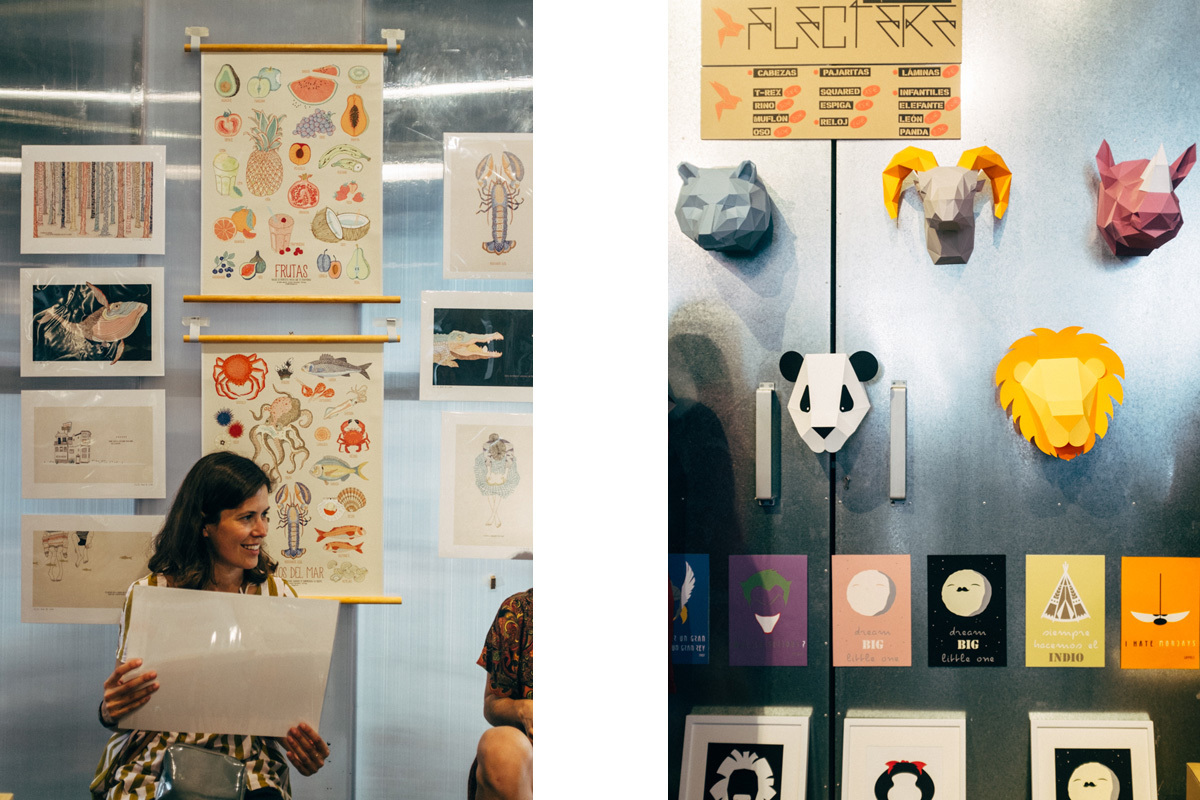 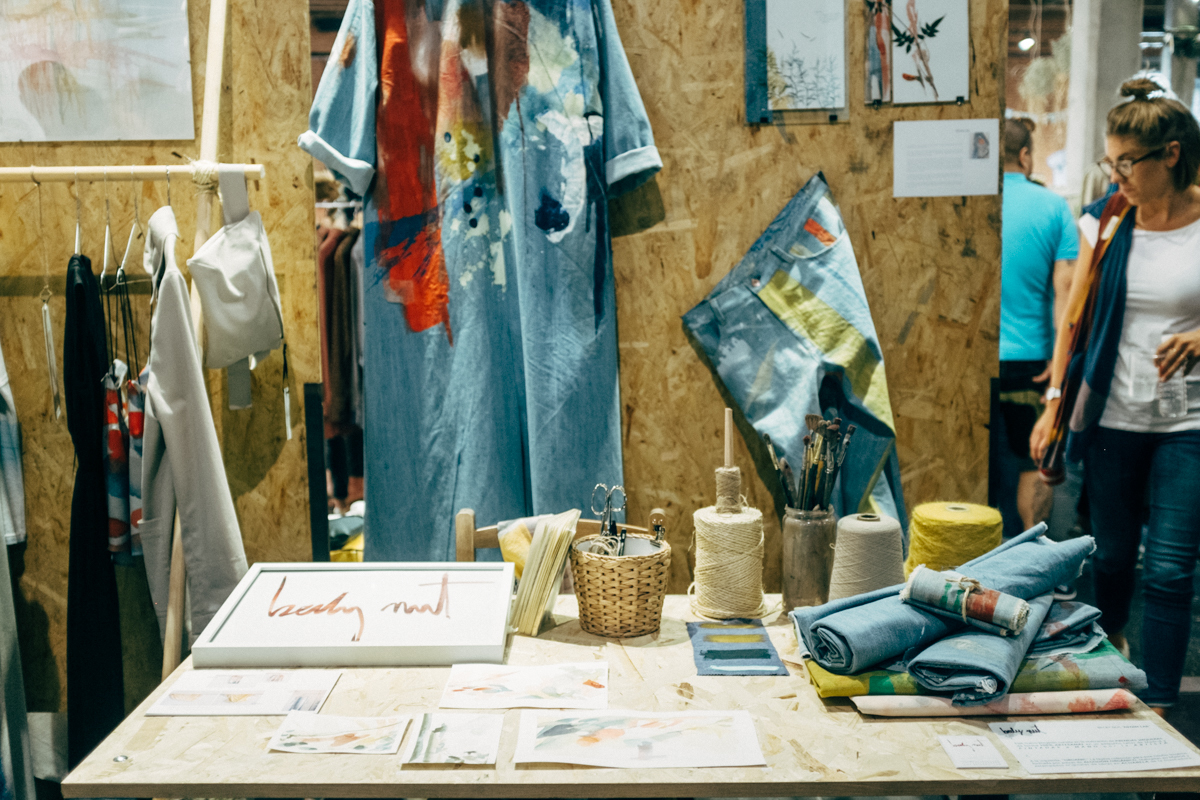 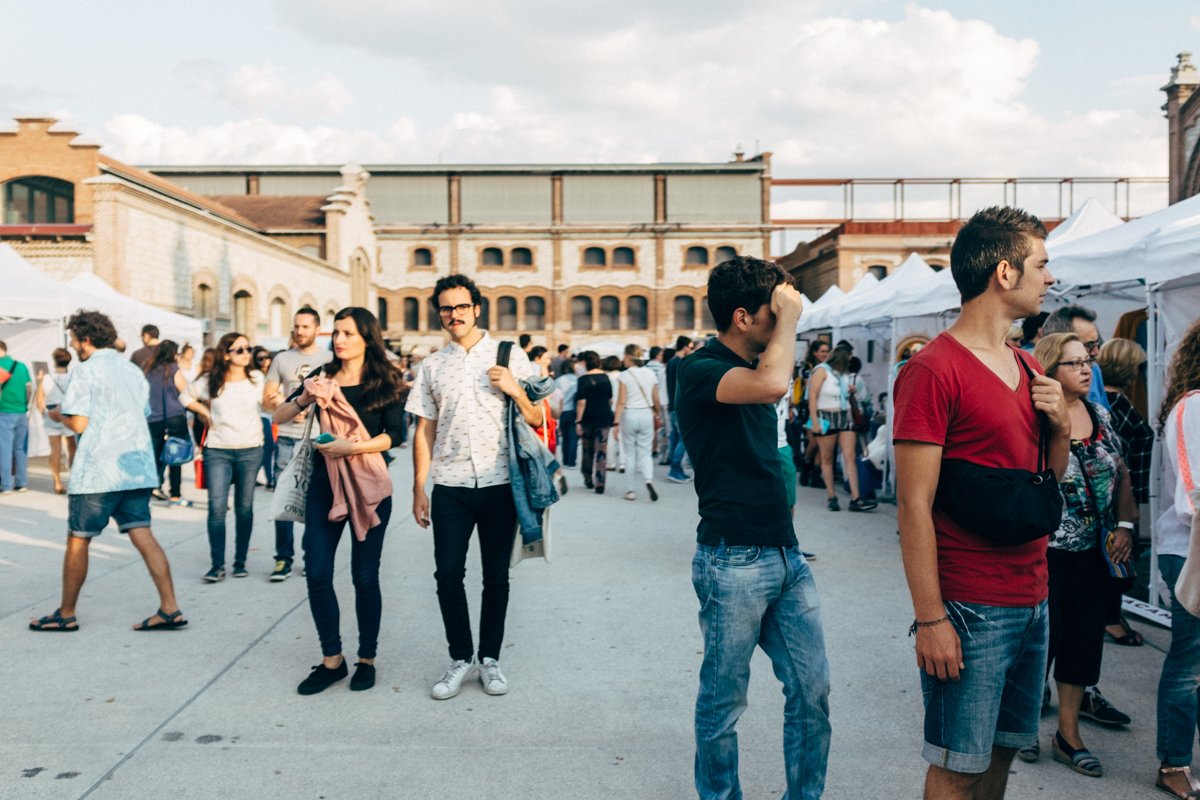 But seriously, the venue is more than mind-blowing and as one of Madrid’s premier event areas, I highly recommend checking out anything being held in this fine space. Sub-editor for instance got ratface drunk at an open air Cumbia party that was held in spring, and about a year ago they held a bike polo derby.

I wasn’t there to witness it, but by report it was heaps good. There are also gallery spaces, cafes, bike shops and plenty of space to spread out and sip lattes. Quite nice indeed.

All imagery to the courtesy of Adrian & Erea.