Luchtsingel in Rotterdam is much more than just a big, yellow, wooden pedestrian bridge: it connects the north of Rotterdam to the city center and brings new life to a forgotten part of the city.

In 2011 the Rotterdam City Council organized “The Urban Initiative”, a contest used as an instrument to leverage public initiatives to encourage revitalisation of the city.

Inhabitants of Rotterdam were asked to present projects to enrich the quality of life in the city. Architect agency ZUS  (Zones Urban Sensibles) presented the ambitious 'Luchtsingel': a bright yellow, wooden pedestrian bridge of 390 meters to connect neglected parts of the Central District / Hofplein area and bring new meaning and life to it by redeveloping 3 connected areas: a park (Pompenburg), a rooftop garden (DakAkkers) and an event terrain at the roof of a former train station (Station Hofplein). 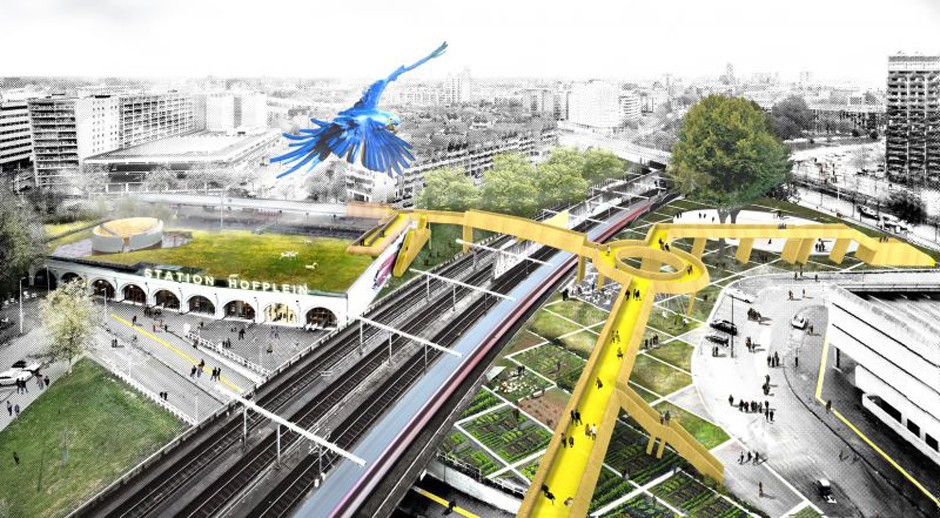 As a catalyst for economic growth and a symbol for revitalisation of the area, the Luchtsingel received the majority of the public votes. The project was already partly crowdfunded (for €25 you could by a piece of the bridge with you name on it), but winning the Urban Initiative closed their investment.

They started building the Luchtsingel in 2012. Because of its length and its complex structure, the bridge was built and assembled in segments. There were a total six phases for construction. The first phase was realized in 2012 and the official opening will be celebrated this summer on 24th of August (read full report here!). The bridge provides a gorgeous city landscape view, both by day and by night. 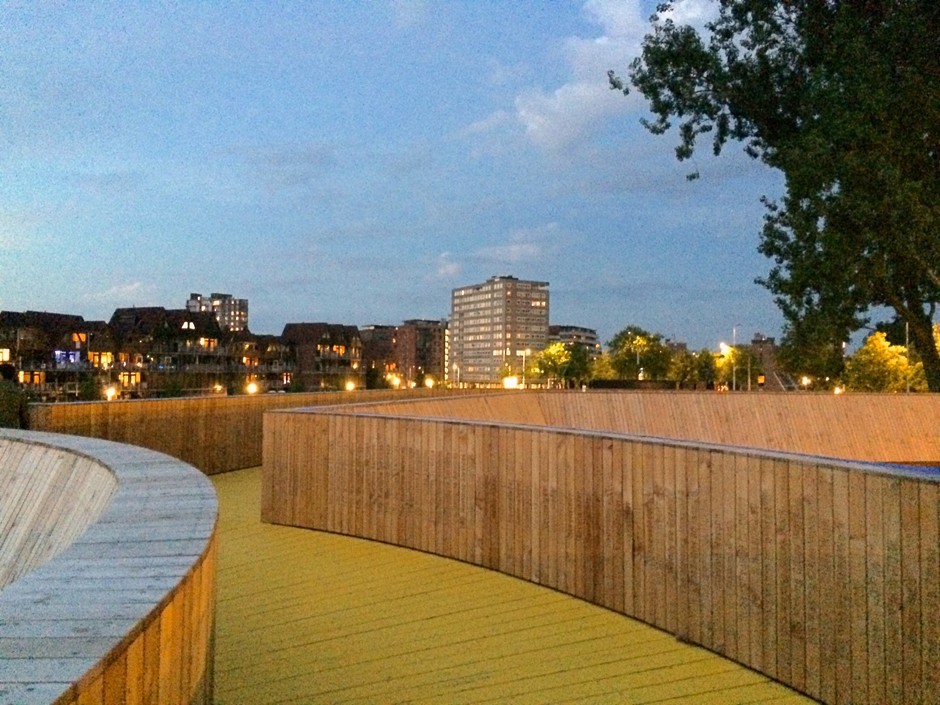 The best route is to start at the roof of the Schieblock building with a freshly made lunch at DakAkkers roofgarden. Besides enjoying the amazing view, there’s also a botanical garden and a beekeeper. After this you walk eastwards towards Pompenburg Park. For those of you who are not afraid of getting some action walk straight towards the spectacular roundabout part of the bridge: looking down you will see a huge round trampoline. 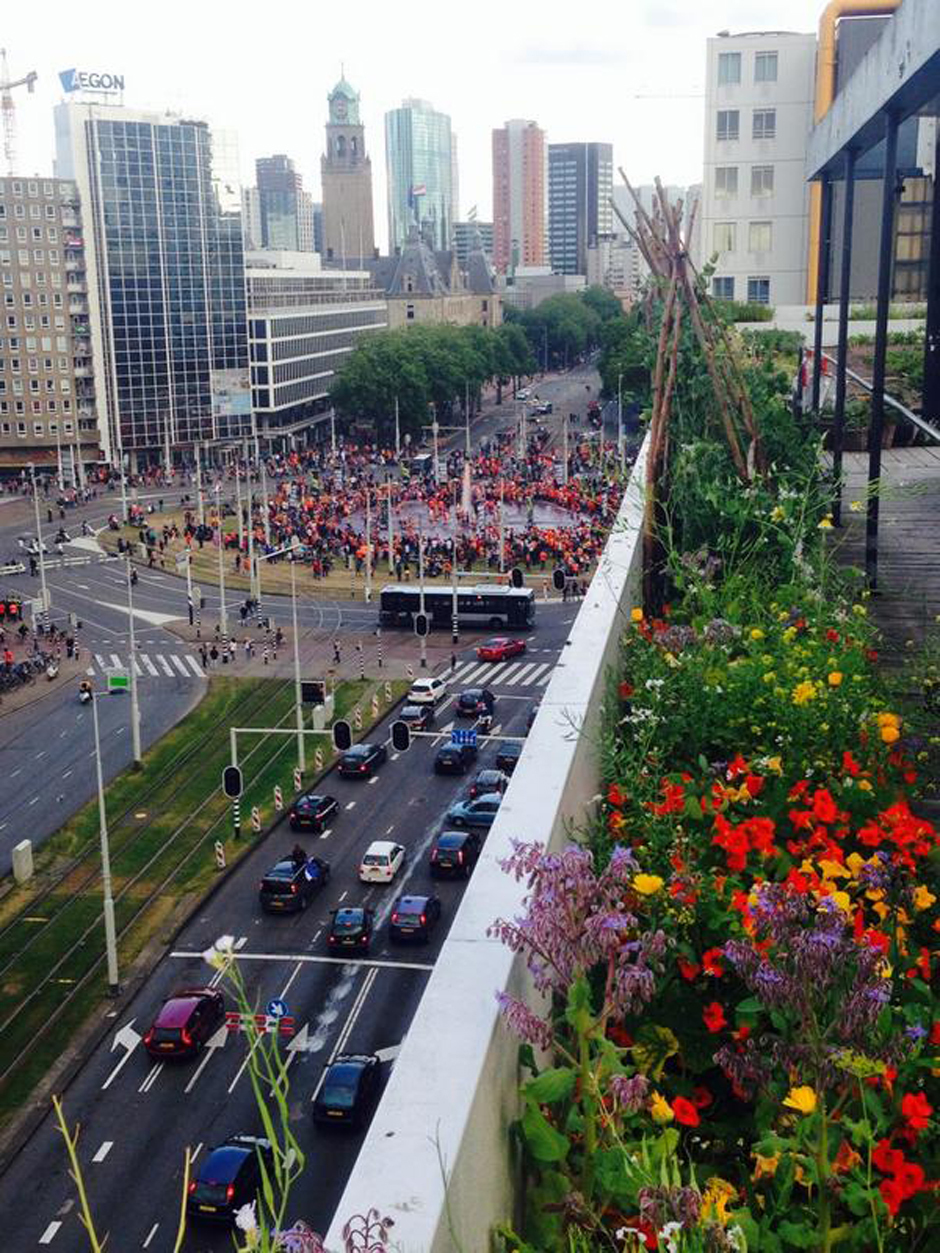 To your left a cool event might be held on the roof of Station Hofplein, like a hot tub party by Vice Magazine or a modern dance performance by Conny Janssen Danst. If not, walk down the bridge and visit Jazzclub Bird, espresso bar Lokaal or one of the many shops established in the former train station. Or you move forward and enjoy a sunny flower cocktail at Pompenburg terrace or walk back and enjoy the BBQ and beer at Biergarten (behind Schieblock). Make sure to have a look when you are in the neighbourhood!