For The Record - The Revival of the Vinyl Club Amsterdam

Correspondents Maurice had a chat with Rick Jansen, co-owner of For The Record, a platform which brings back the forgotten concept of the vinyl club.

For The Record offers subscribers an alternative (or old school) way of experiencing music which, through the digital age, kind of faded away. Rick and his partner Peter Meeuwsen are music connoisseurs with a long background in the music industry and saw the revival of vinyl as a good opportunity to start their vinyl club. Rick and I sat down at cafe De Jaren and discussed how the cool concept came to be and how the first year has been so far.

Hi Rick! Can you tell us more about the concept of For The Records and why vinyl is key?

For The Record believes in the strength of albums. Music isn’t just something you listen to, but it’s something that is embedded into your life. Especially nowadays, with music being available everywhere, at any moment in time, it’s part of our daily lives. We think that physical records, compared to digital alternatives, beholds a specialty.

That’s why we went with vinyl records and revamped the idea of vinyl clubs. We offer three different subscriptions, varying from length in time; 3 months, 6 months and 1 year. Each month we present our community with a package, containing the album of the month and various extras (e.g. artwork, concert tickets) included. 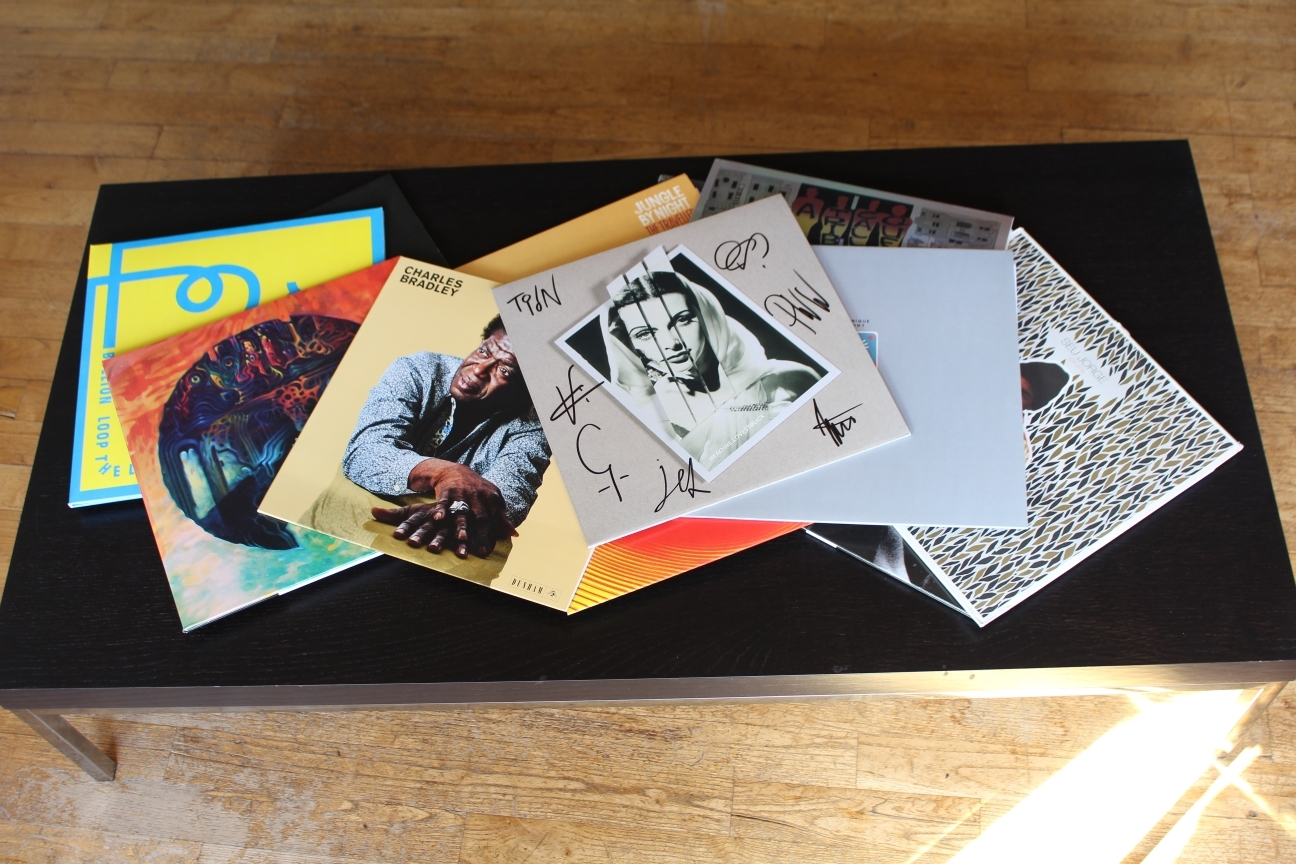 Does For The Record tend to educate musically as well? Was that an intention?

I wouldn’t call it educating necessarily, but rather letting our subscribers familiarize with new, unexplored music. To me it’s exciting to share music I like with people, whether it’s at a bar, at home with friends. I get the same excitement when Peter and I select the album of the month. Of course, then, we have to elaborate more on why a specific album got selected. Just a ‘we liked it a lot, here you go’ wouldn’t suffice. But explaining why a record is great is pretty easy and pleasant if you like the record yourself.

For The Record has a community of true music lovers all over the country and beyond. How do you build and connect with your community?

Yes, we are based in Amsterdam and because of that, we expected that the majority of the community would be in and around Amsterdam. But the focus was never to aim for just the capital, and a few months after our launch our community extended the Dutch borders to Belgium and Germany.

Music can’t be bound to physical borders, so naturally our community can’t be either. We try to have a personal relationship with our community through on- and offline connections. By using a mailing list, we keep them updated about the monthly albums, background stories on artists, new collaborations and upcoming events. We carefully select our monthly album, and accompany a letter in the package about the album and why we cherry picked it.

The community appreciates this and we receive positive feedback from them. We try to engage offline as well by having a booth at record markets throughout the Netherlands, but mostly in Amsterdam. We explain visitors our concept and try to enthuse them for the vinyl club. But it’s not just about the records. These places are great for exploring music, the culture around it and meeting people. In our way we’re doing the same thing. 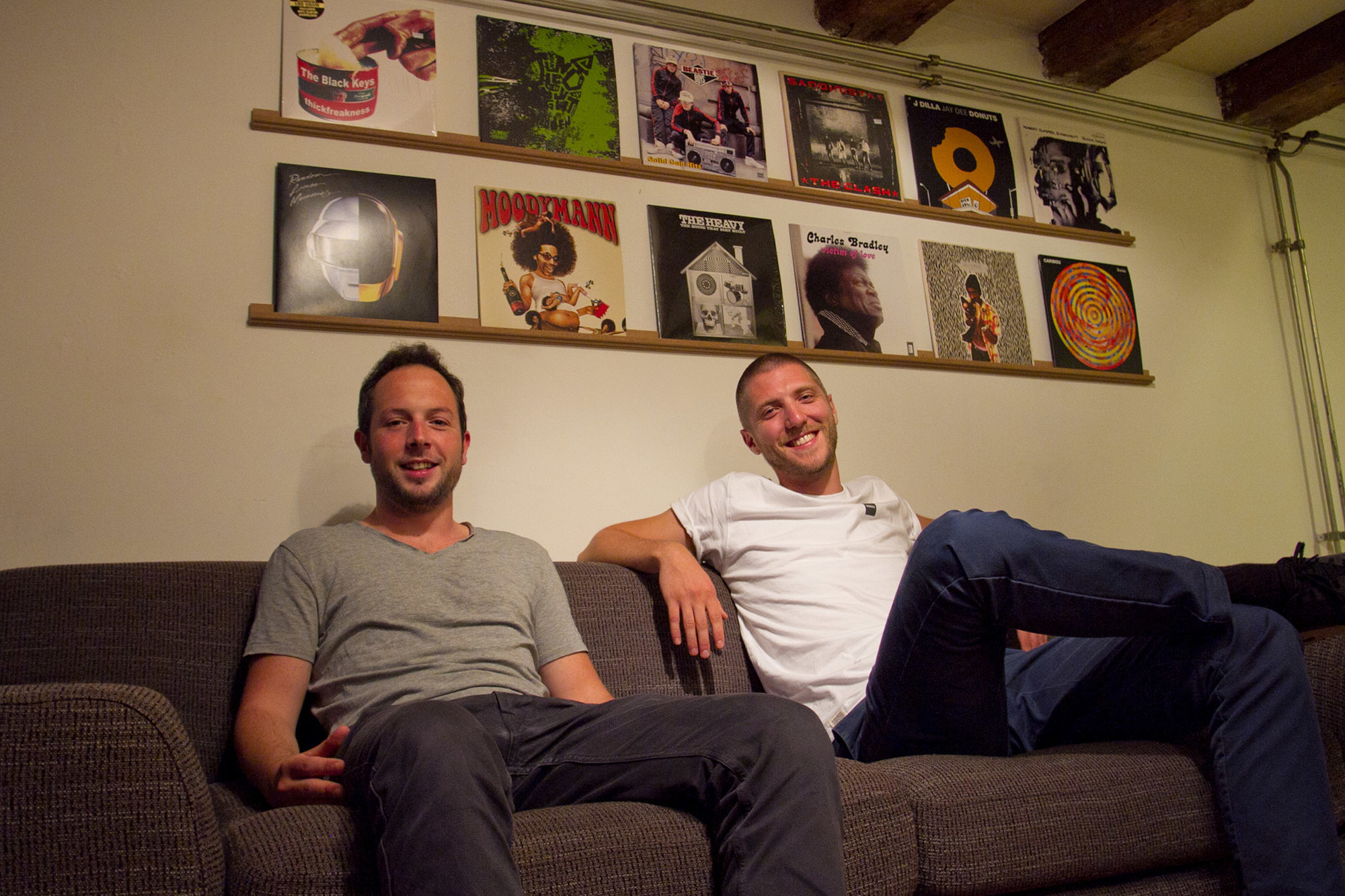 Is the selection process a secret For The Record formula, or are you willing to share how the vinyl of the month gets selected?

No secrets, really! In my opinion it happens kind of at random. We approach artists, bands and producers who we’ve handpicked and let them know who we are, what we stand for and that we've chosen their album as album of the month. We’ve only had positive reactions and good collaborations. We broadly select different genres of musical styles the album of the month will be. Let’s say if we would pick a Hip-Hop album for January, we could feature a Blues album the following month. We don’t want to disappoint people and really want you to get a taste of our broad selections. Throughout the year the albums have to be in such a fashion that subscribers, regardless of their subscription, can get a feel of For The Record’s diversity, while maintaining quality.


"Each month we present our community with a package, containing the album of the month and various extras."

Does the diversity of the albums reflect your taste in music?

Yes. Peter and I both have a very wide range of music we love. There is so much cool music out there to discover. For me it’s a daily activity to explore music (and we want to share that with the rest of the world). It also makes the selection process more fun, because we get to pick the records we really dig ourselves.

You also do collaborations with locals who, for example make art. What made you take this on and what other surprises are included in the monthly service?

Yes, we do. The collaborations depends on the chosen album. We try to surprise our members with a nice and unique monthly package. As we were thinking of ways to present them with additional items, we realized that we have a big network of great (graphic) designers who might want to contribute. Last December we selected the 25th anniversary edition of A Tribe Called Quest’s Instinctive Travels and the Paths of Rhythm. A friend of ours, a graphic designer who is really into Hip Hop, collaborated with us and gave her own take on the already sick cover of that album. It’s about matching the right person to a particular album, really. We also selected the new album of a local band called Beans & Fatback. They were also very happy that we wanted to share their record with our members, so they signed every copy. That way can give your community something really unique. 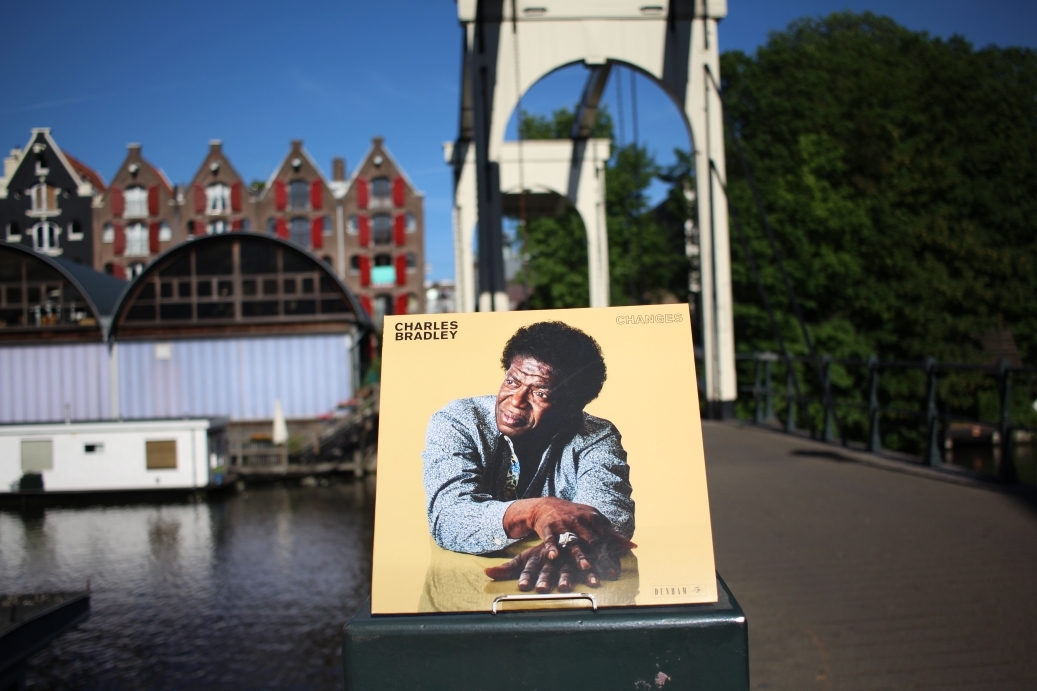 It’s an extra mile For The Record takes, isn’t it?

Definitely! The artwork is an example of what makes the package more than just receiving a record. Two months ago we also did concert tickets with Kornel Kovacs’ album. He would DJ during Amsterdam Dance Event and we approached him a month prior. He actually came up with the idea to hold a contest to win tickets, the cool dude that he is. Another thing we did was providing accessories for your hi-fi set or something else related to vinyl. We like to see it as a distinct characteristic of For The Record.

What’s your opinion on the revival of vinyl? Did it have an impact on For The Record?

Over the last five years or so, vinyl has become quite popular again. We, like many others, noticed that and as our passion lays in music, we were discussing different ways to anticipate on it. A vinyl club, if executed properly, could become something really cool. The subscription-phenomenon is really popular. It had become a more contemporary thing, really. Look at all the various services people are subscribing to nowadays: HelloFresh, Spotify, Netflix, subscriptions for beer, clothing, razors, you name it. You could say that these companies all react to the same trend, as do we, but with focus on the niche of vinyl. But it also has a flip side. The increasing popularity of vinyl also causes the cost of records to increase. This results in one of the difficulties I mentioned earlier. 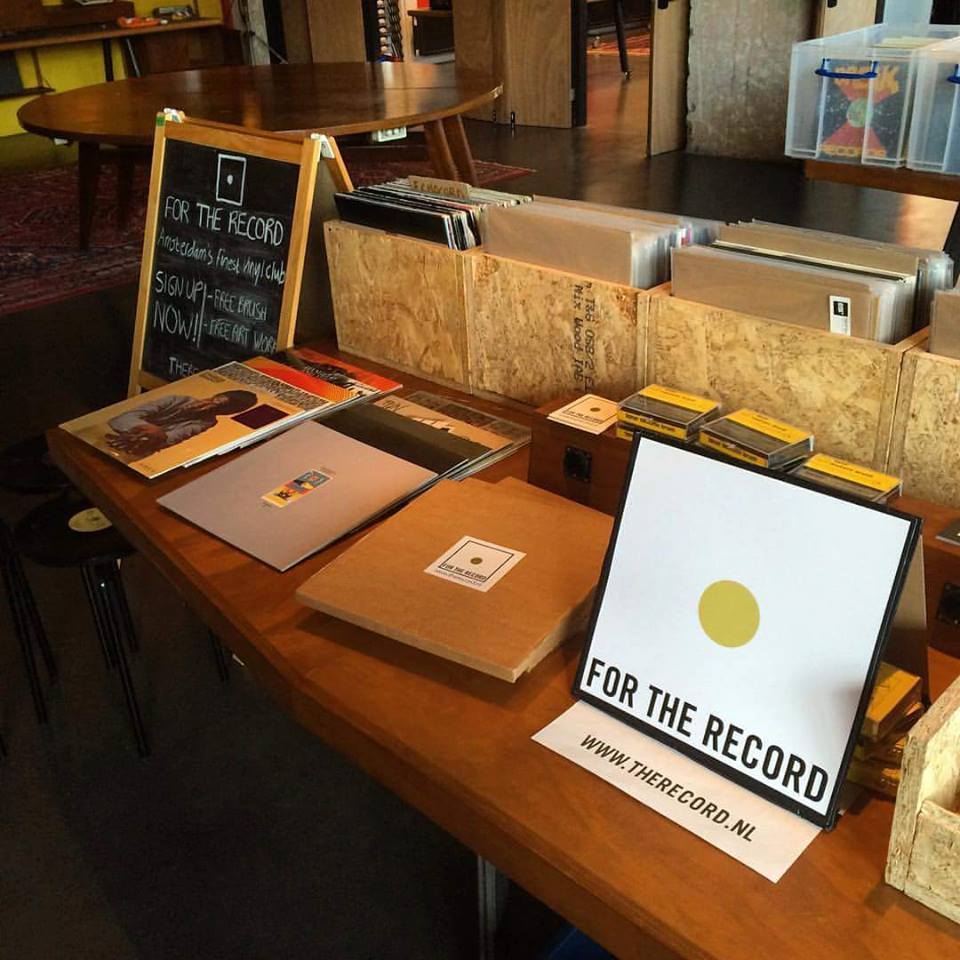 What is your personal favorite?

My musical preferences really depend on the mood that I’m in. Since all of them (partly) are derived from my own musical taste, I find them all pretty awesome. But if I had to give an answer, I’d say the two Brazilian albums, from Jorge Ben and Seu Jorge. But the Tribe [Called Quest] album makes a close second. Lastly, being the music connoisseur that you are, I’d like to know what you’re listening to lately? While I was doing my record store routine a couple of days ago, I picked the new NxWorries Album, Yes Lawd!, and have it on heavy rotation right now. I expect it’ll be in the top 10 albums of 2016.