The Gay Pride Festival in Minneapolis is always a huge celebration. A celebration of identity and culture and expressing one’s true self.

This year, in the wake of a landmark decision by the United States Supreme Court, it also became a celebration of the nationwide legalization of same-sex marriage.

This week, two Minneapolis creatives, Phen Grant and Melissa Hesse - who also happen to be members of the Lesbian/ Gay/ Bisexual/ Transgender/ Queer (LGBTQ) community - share with us their experiences with Twin Cities Pride and why the celebration is personally significant for them. 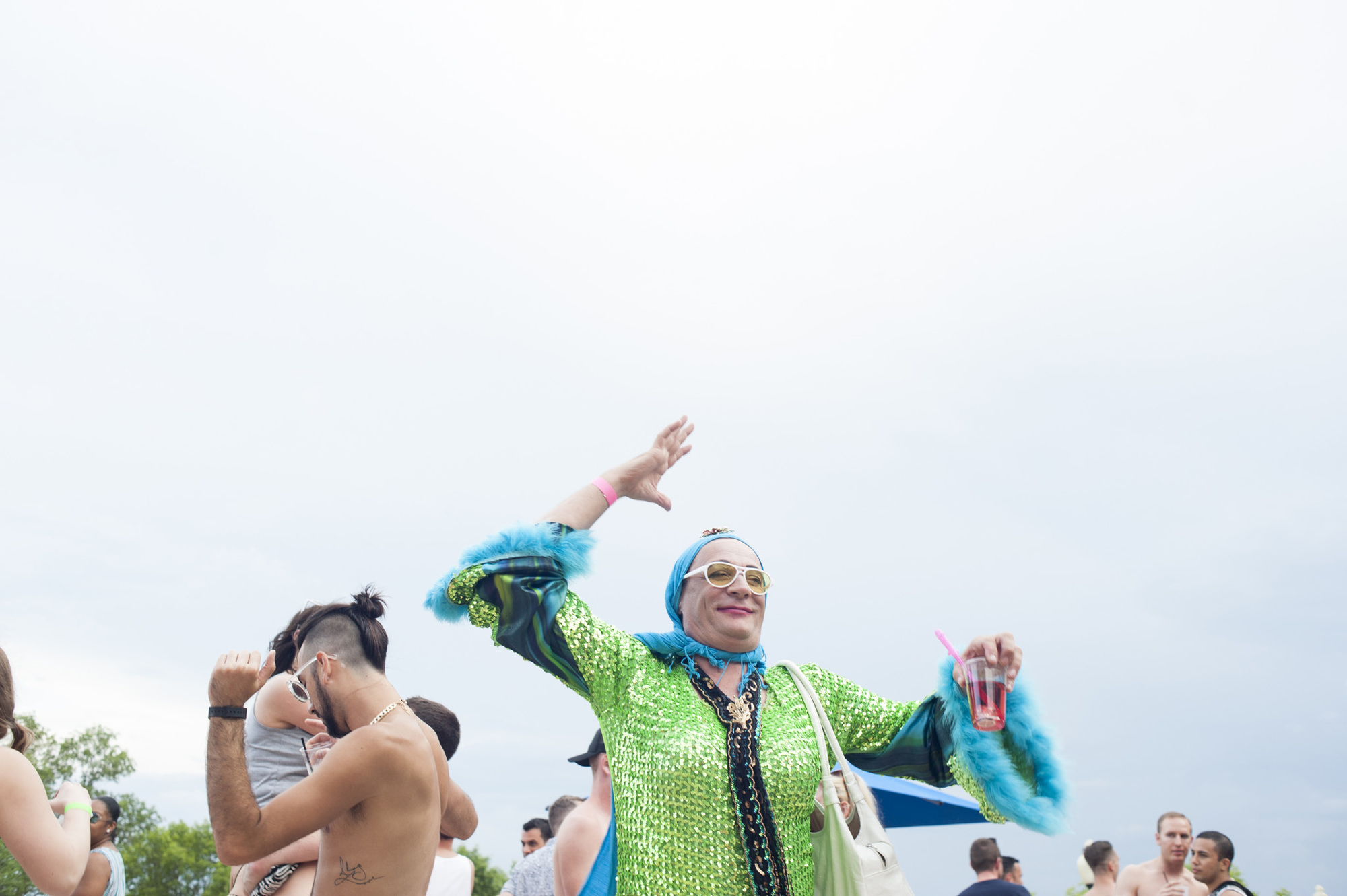 “A moment we all have been waiting for finally brought light to us all when the U.S. Supreme Court legalized same-sex marriage in all 50 states the weekend of Pride. It was important for me to share the news with all of my friends and family the moment it happened. I knew that this Pride held significance to us all in the United States, but I was honored to celebrate it in my home state with my newlywed wife.

It was our first Pride being married, and I already was looking forward to our first Pride together as a married couple. Now that same-sex marriage was legal in our entire nation it made the celebration even bigger than I could ever imagine. 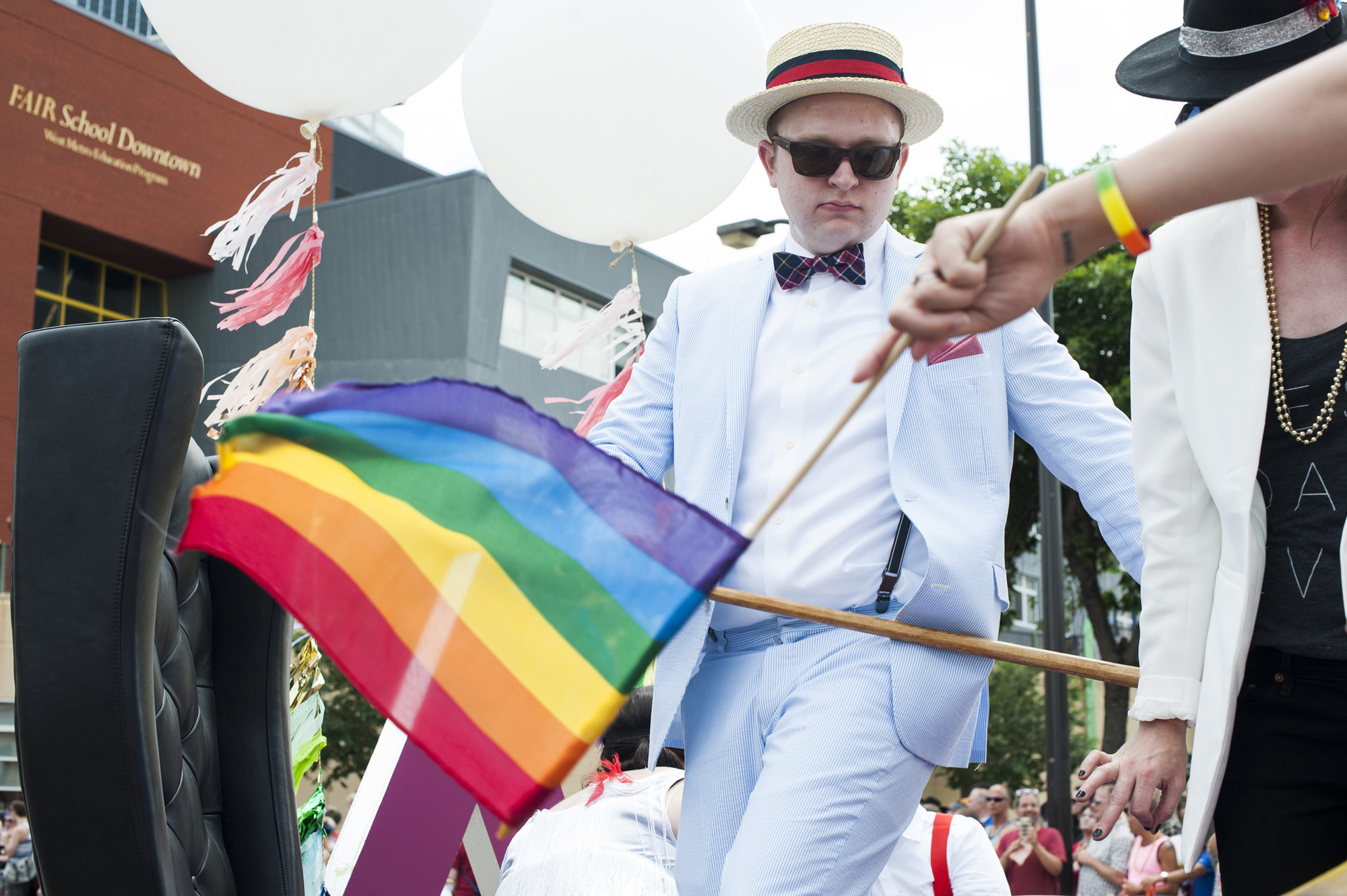 Minneapolis Pride is one of my favorite times of the year, not only because it brings together the queer community and allies, but because it brings out the most fabulous outfits. From rainbows and glitter everywhere, to assless chaps, and beautiful drag queens, Pride has a lot to offer for those who celebrate it in Minneapolis.

I'm proud to be living in a city where my wife and I have plenty of opportunities to engage with our community and have an enormous amount of support.

Going to events like Flip Phone, Grown and Sexy, and Grrrl Scout, created a sense of unity for my pride celebration with all those on the dance floor as we all cheered on the MC's who reminded us to all to be proud of who we are, and never change for anyone. You felt it in your bones, and got goose bumps from the outpour of love that came from the Minneapolis community.

As an event photographer who has a strong involvement in the LGBTQ community in Minneapolis I love to capture the diversity of our culture. It's not just Pride weekend that brings us together, but queer events that happen frequently.

It's great to see that these events are growing each year, and that Minneapolis supports these events. I'm proud to be living in a city where my wife and I have plenty of opportunities to engage with our community and have an enormous amount of support.” Melissa H., Guest Correspondent 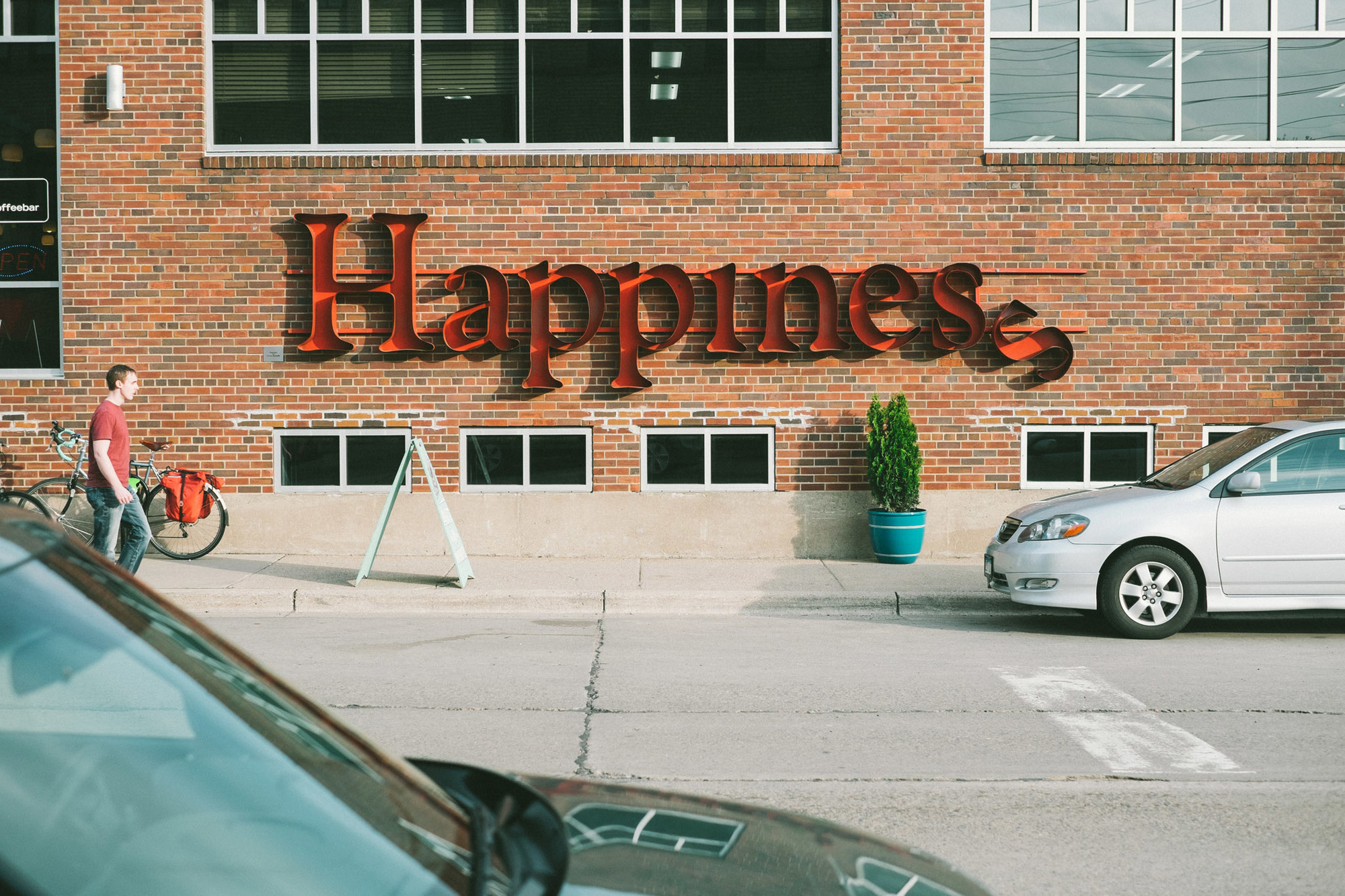 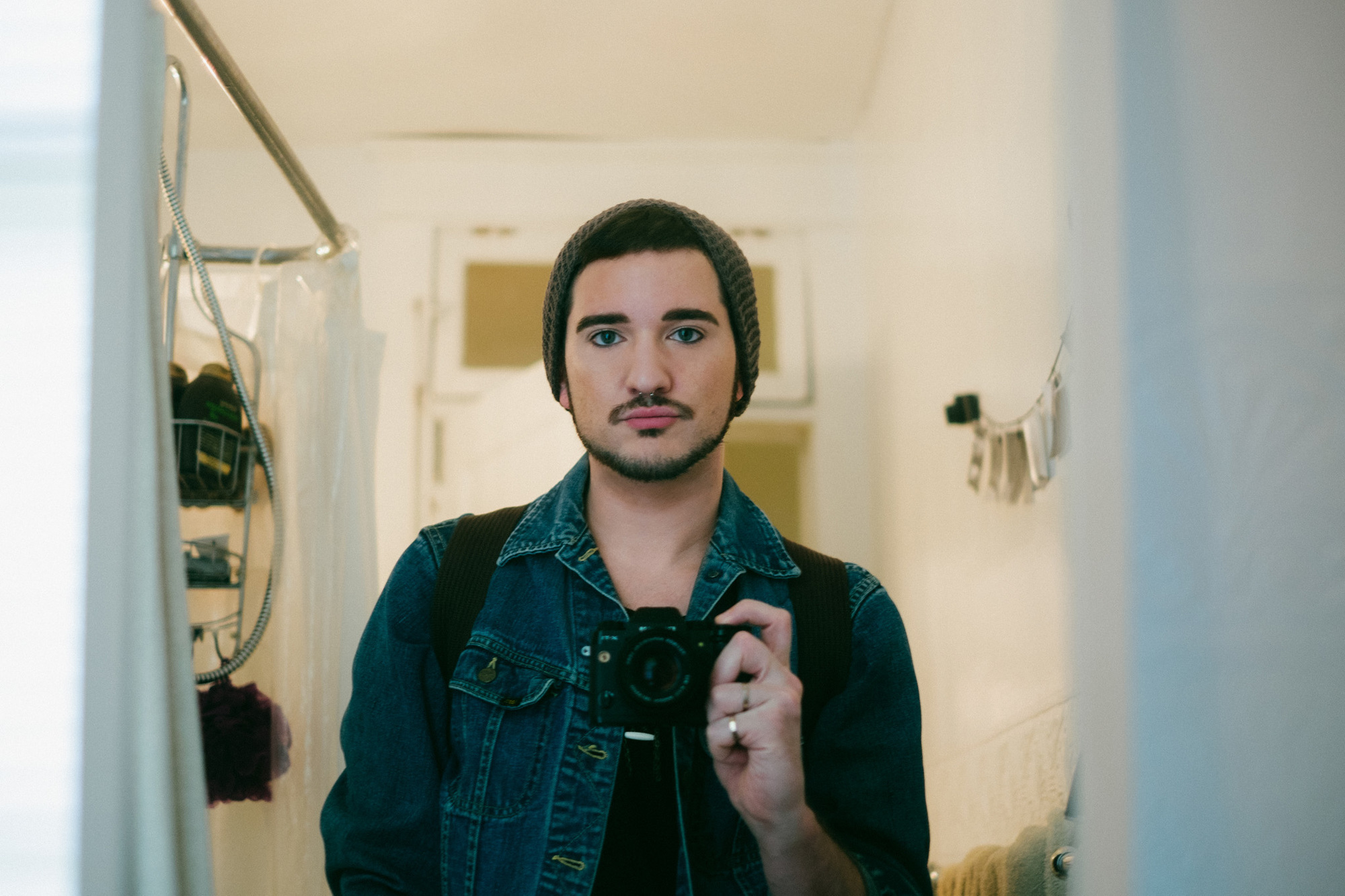 “Living in Minneapolis is easy as LGBTQ. There’s a general kindness in this city. People are always looking for reasons to gather together and be outside during warmer months, so Pride is a big deal. It is a celebration of many things that make this city great: diversity, biking, sun-kissed skin, and lots of craft beer - this year, in particular, it was also about gay marriage, trans politics, and women’s rights. 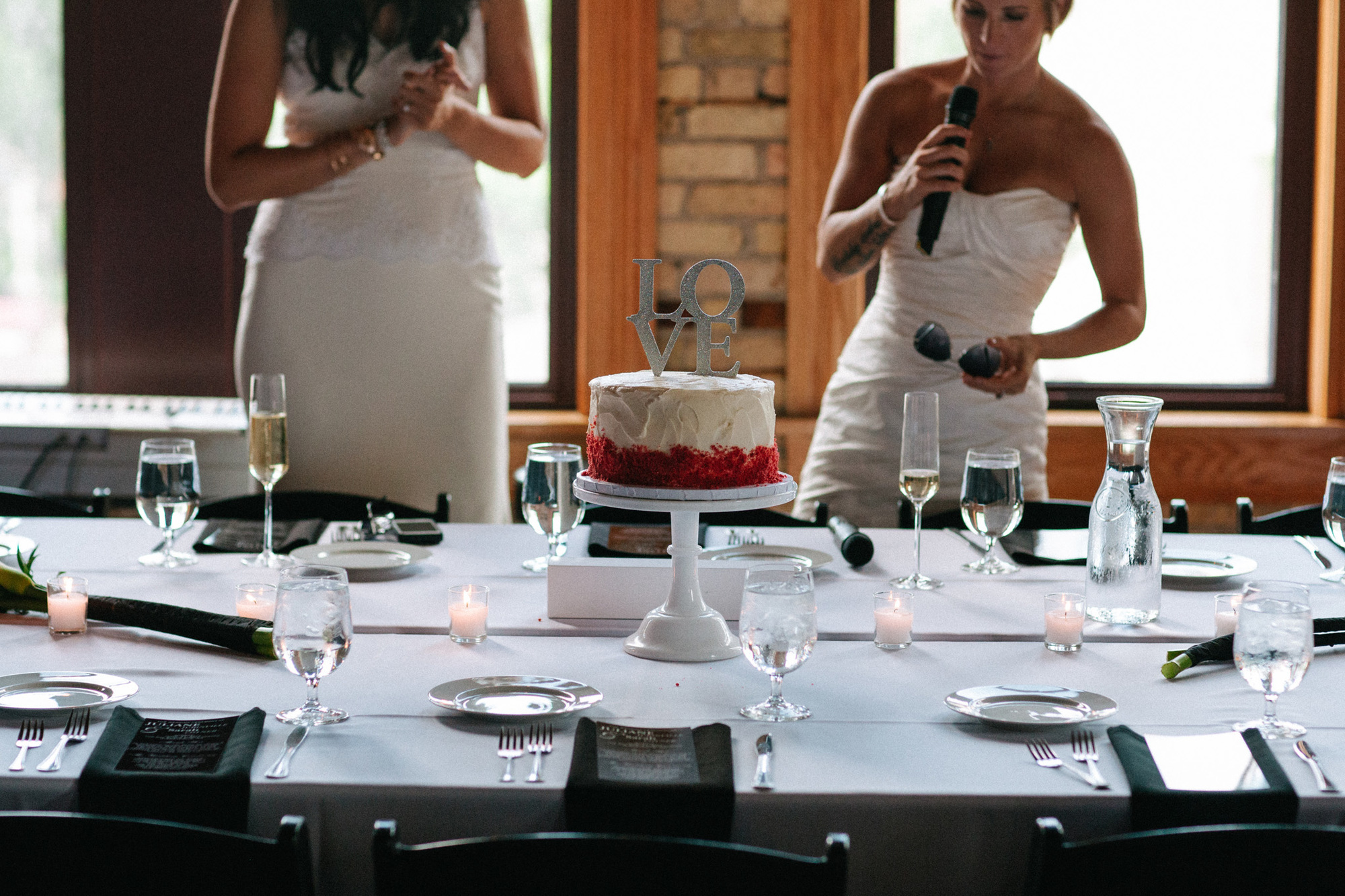 That’s what I love about this place. A laid back, diverse set of people who aren’t afraid to stand up for what they believe in. Phen G. 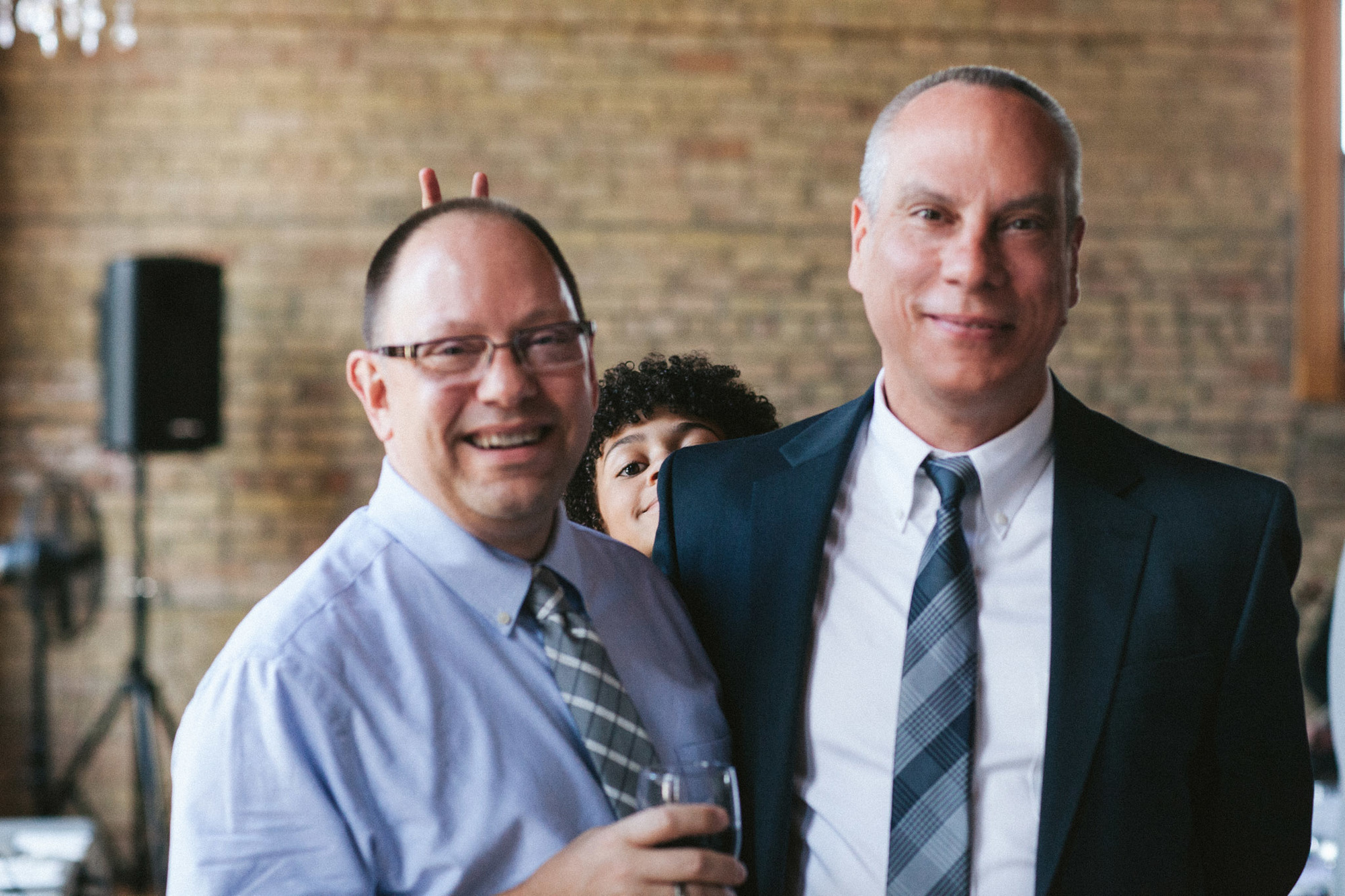 That’s what I love about this place. A laid back, diverse set of people who aren’t afraid to stand up for what they believe in. I’m not sure I’ll find a city with as quirky a political structure, or as many craft-beer breweries in the United States.” Phen. G., Guest Correspondent. 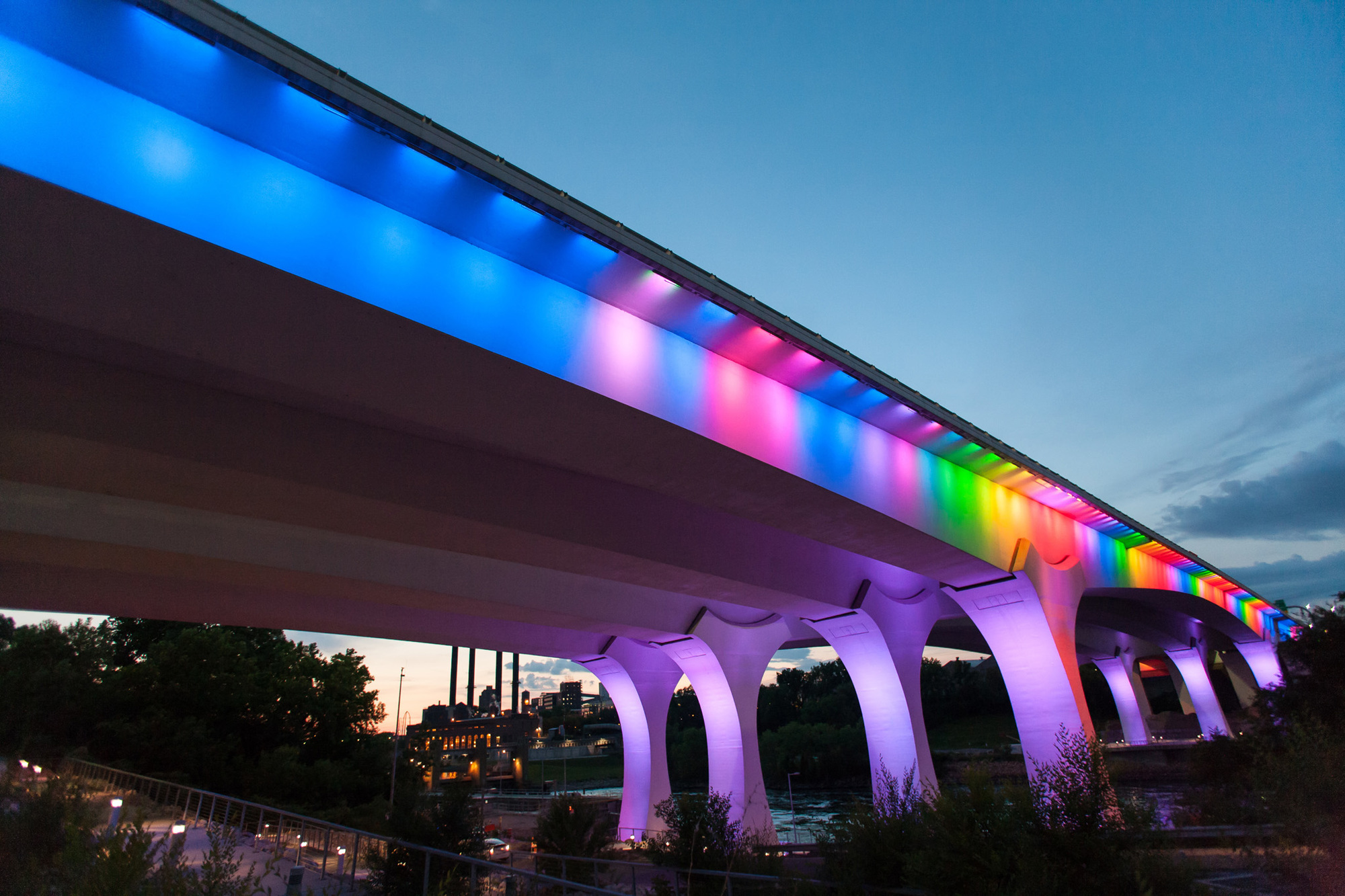 The 35W Bridge in Minneapolis illuminated in rainbow colors to celebrate Pride. Photo by Matt Treiber.

Minneapolis is not a flawless utopia by any means, but we are definitely a more progressive city made of people who celebrate and welcome diversity. We have much to still accomplish, but as time moves forward and transparent, meaningful conversations continue to happen - our community will only continue to blossom and flourish. Our government doesn’t always do the right thing, but sometimes it does - and the Supreme Court ruling last week was one of those times.

A big thanks to Phen G. and Melissa for sharing your view on the LGBTQ community in Minneapolis.