Giving Nicknames To Everything

Rotterdammers like nicknames. Buildings, bridges, statues, street names, everything gets a nickname, whether they like it or not.

It's so common, that most people don't even know the official name, and people who visit the city will get a weird look when they would ask a local the way to the 'Beurstraverse' for instance.

Nobody knows. Maybe because Rotterdammers are quite direct and don't feel connected to fancy names. When did it start? Nobody knows either, but it's going on for ages. Interesting you say? If you want, you can even take a nickname tour by tram! 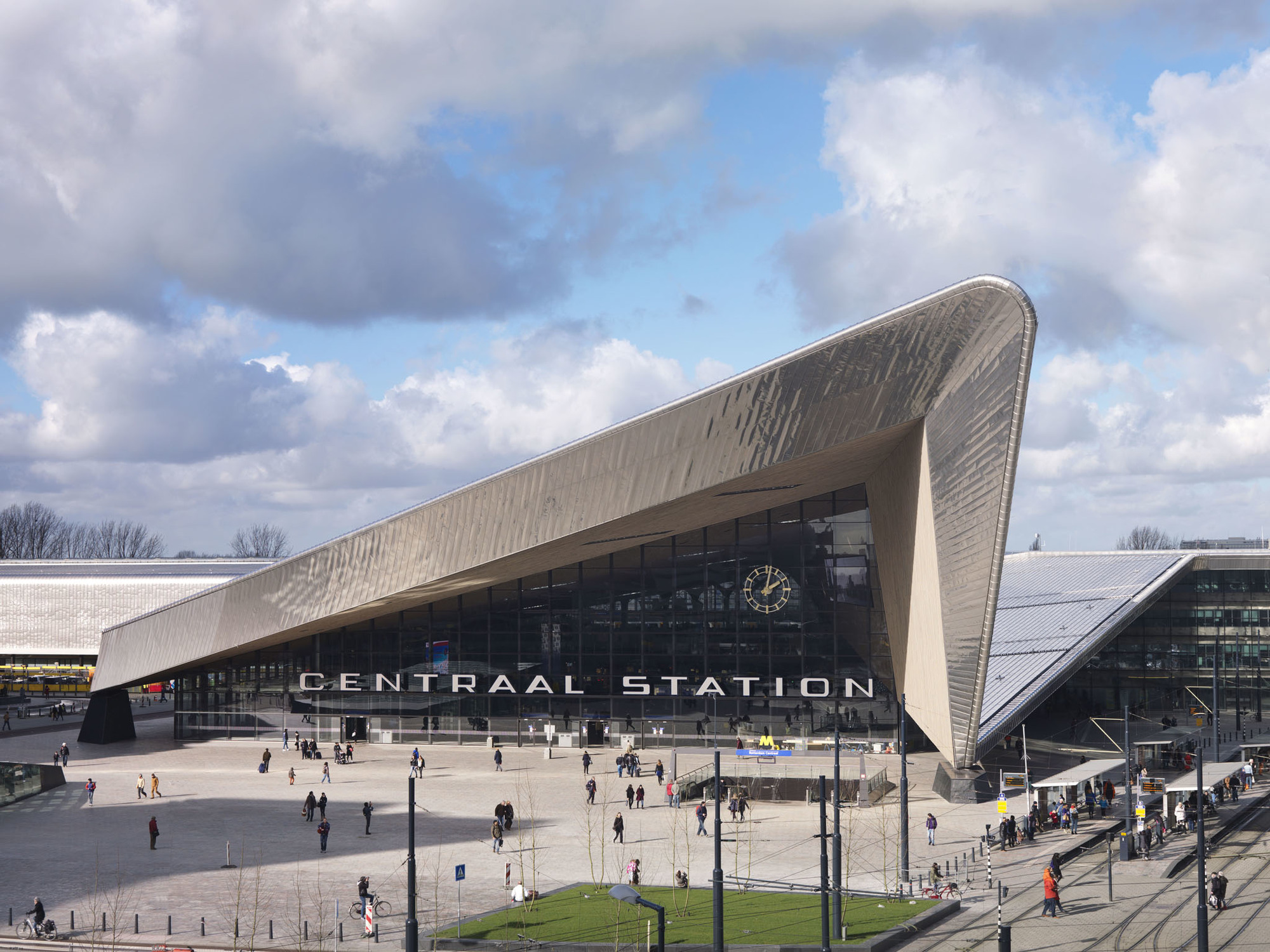 Station Kapsalon - Image to the courtesy of Wikipedia.

Last year, even before the beautiful new Central Station opened to the public, it already had numerous nicknames. Sharks Mouth, Cone, Bag of Chips and Big Mouth to name a few. But most people were already naming it 'Station Kapsalon', named after the notorious Rotterdam snack with kebab, chips and melted cheese in a tin foil box. 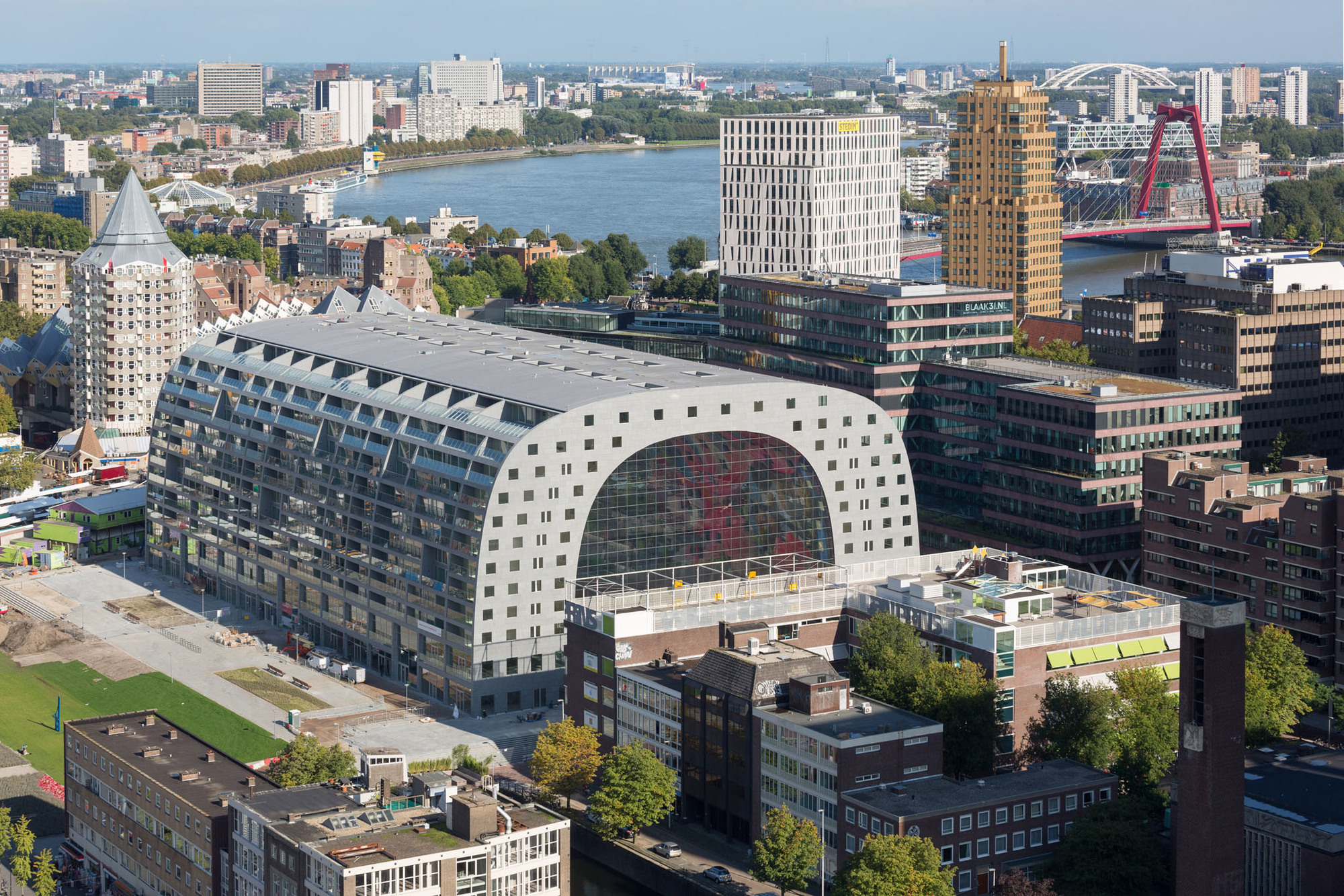 Koopboog - Image to the courtesy of the Markthal.

A few months ago, when the amazing Markthal opened its doors, there was even a competition where people could come up with a nickname and eventually could choose a final ‘official’ nickname. Markthal (Market Hall) doesn’t need a nickname in my opinion, but fine, the winner was 'Koopboog'. Something like ‘Shopping Arch’. Unfortunately, my personal favorites Vreetkeet (Eat/Munch Shack) and Groentegrot (Vegetable Cave) didn’t make it. 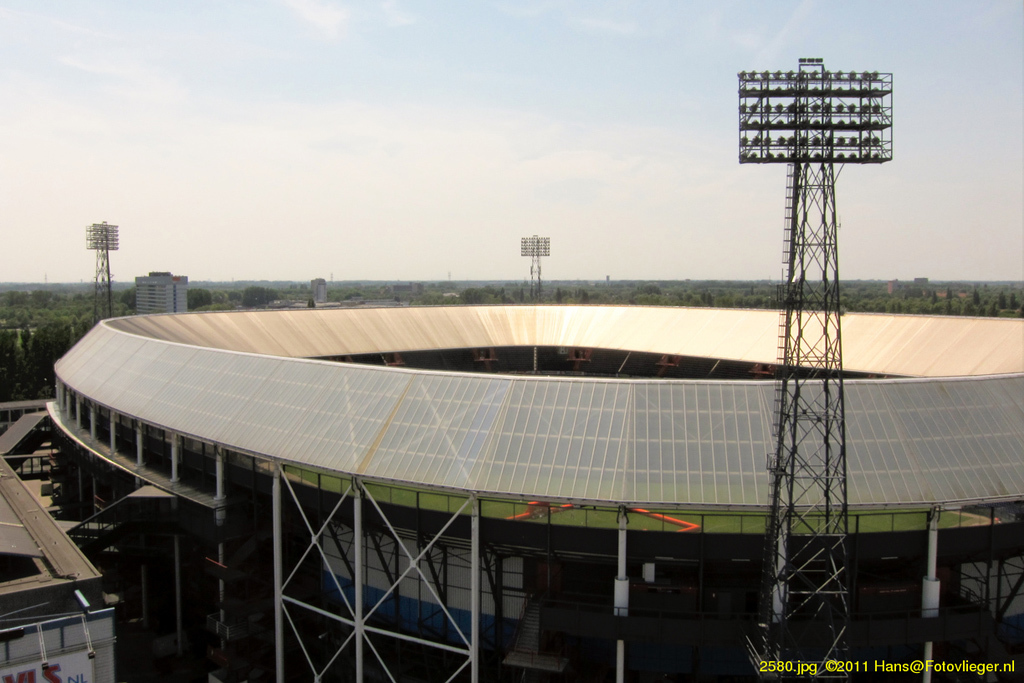 De Kuip - Image to the courtesy of Fotovlieger.nl.

Competitions to come up with a nickname are not well received anyway. I believe it’s best when a nickname just comes up naturally and gets so common that people never use the official name anymore. One of the best examples is without a doubt 'De Kuip (The Tub)'. This epic football stadium opened in 1937 as ‘Stadion Feijenoord’ but people started calling it the tub because of its shape. Almost 80 years later people still go to The Tub, although the name officially still is Stadion Feijenoord.

Antoher one that just appeared - and one of my personal favorites - is 'De Hoerenloper' for the new bridge that connects hotspot Kop van Zuid with popular place to be (and former Red Light District) Katendrecht. Nobody really uses the official name Rijnhavenbrug, but I won’t even try to translate the nickname to English. 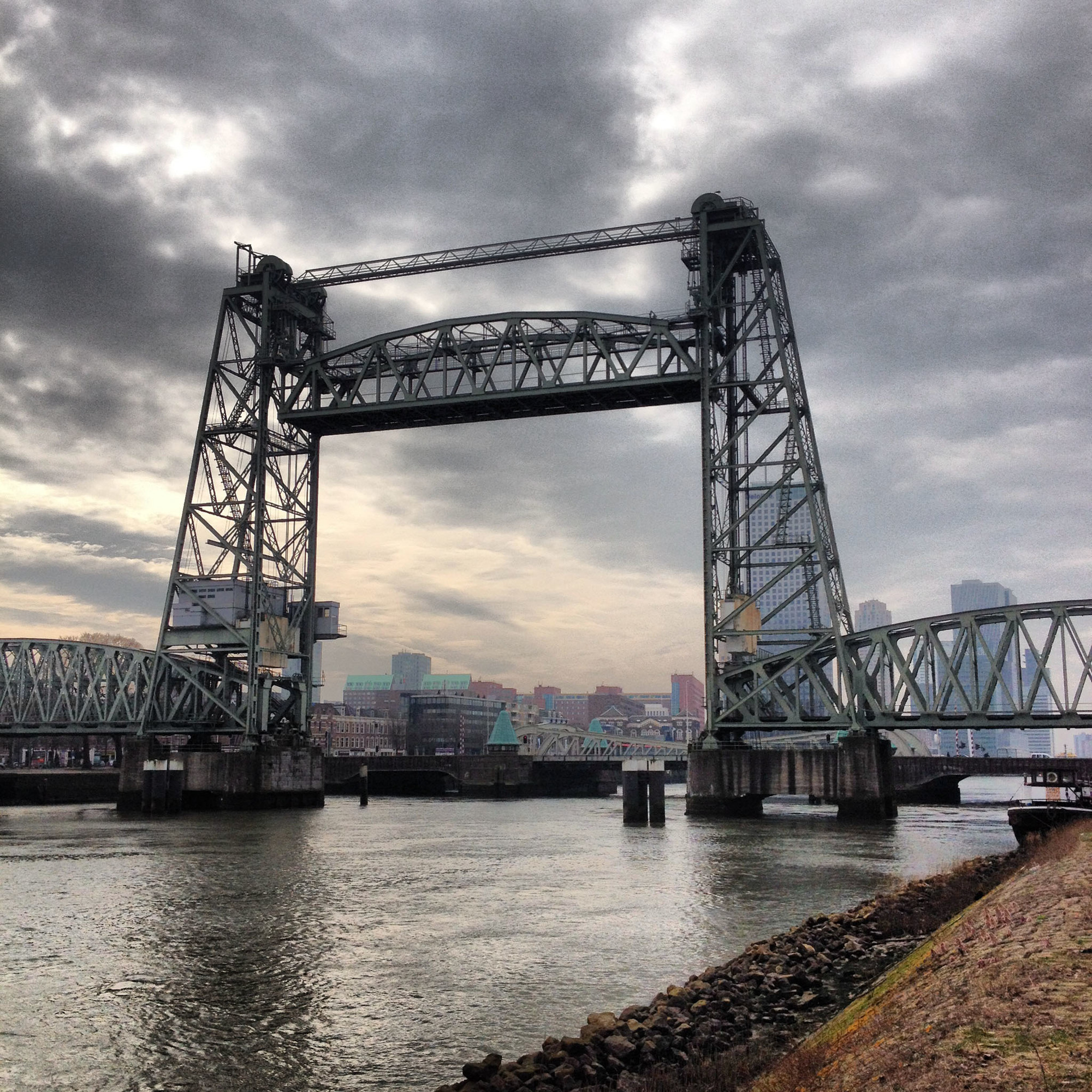 De Hef - Image to the courtesy of Wikipedia.

Some other common nicknames include De Zwaan (the swan) for the Erasmusbrug, Het Potlood (the pencil) for the Blaaktoren and Fluitketel (kettle) for Blaak Station, De Hef for the monumental Koningshavenbrug and Het Scheermes (the razorblade) for the World Trade Centre. 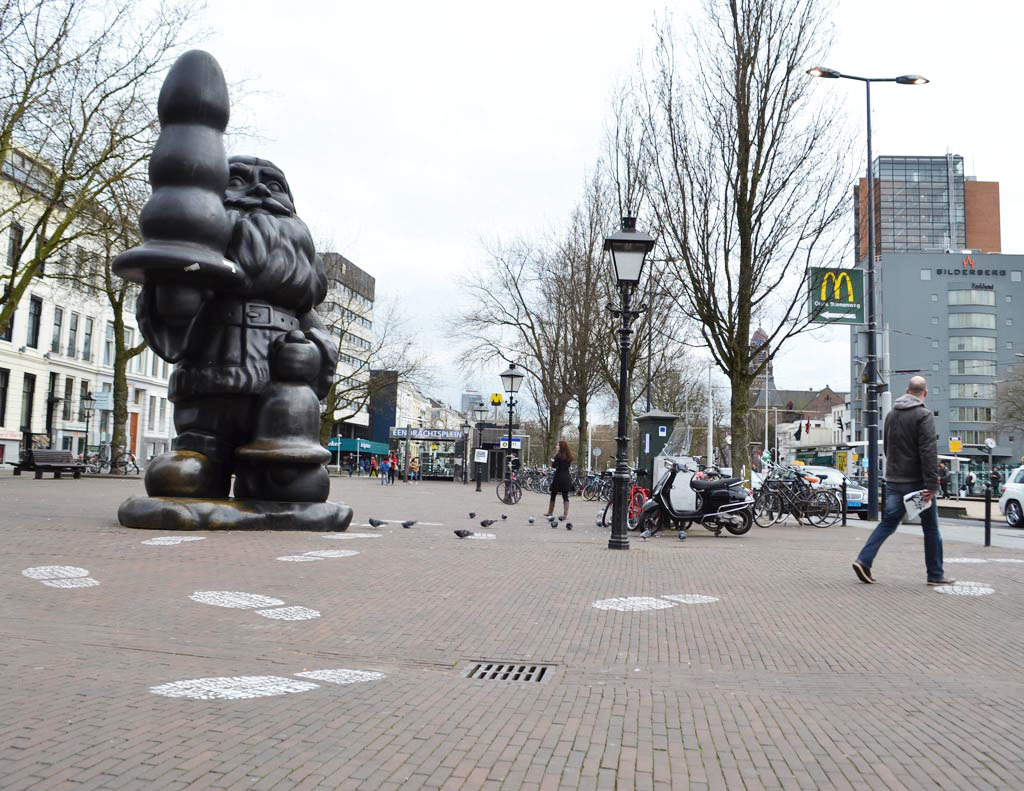 Kabouter Butt plug - Image to the courtesy of Mothership.

And how about art? Zadkine’s famous statue Destroyed City is known as Jan Gat (John Hole) and Naum Gabo’s statue in front of De Bijenkorf is commonly known as Het Ding (The Thing) and the sculptures made by Rotterdam-born expressionist Willem de Kooning are called 'The Turds'. Last but not least: the controversial Santa Claus by Paul McCarthy is known by everybody as Kabouter 'Butt Plug'. Just because it just looks like a garden gnome with a butt plug, let’s be honest. I told you Rotterdammers are direct.

Oh yeah, back to the one I started with: Beurstraverse. If you want to know where the famous shopping street below street level is, try asking the way to the Koopgoot (I think Shopping Gutter or Buying Trench would come close to a literal translation) and everyone will point you in the right direction.