For the last couple of weeks a green full figure statue of a female ice skater has been displayed on the curb in the midst of Oslo's multicultural center, Grønland. Decorated with diamonds and a faux-fur lined skirt, the statue stands by the entrance of one of Oslo's hidden vintage gems.

Squeezed between two hair salons, overlooking Oslo Correctional Center lays Marakatå thriftshop. Although it can only fit about three customers at a time, and may be one of Oslo's smallest, it is stacked from floor to ceiling with old treasures. Stereos, cameras, bicycles and even an old gas driven toy plane. Behind the counter, every day, you'll find the owner, Muluken Debele Tabor, who came to Norway from Ethiopia thirteen years ago, and has lived in Oslo ever since. 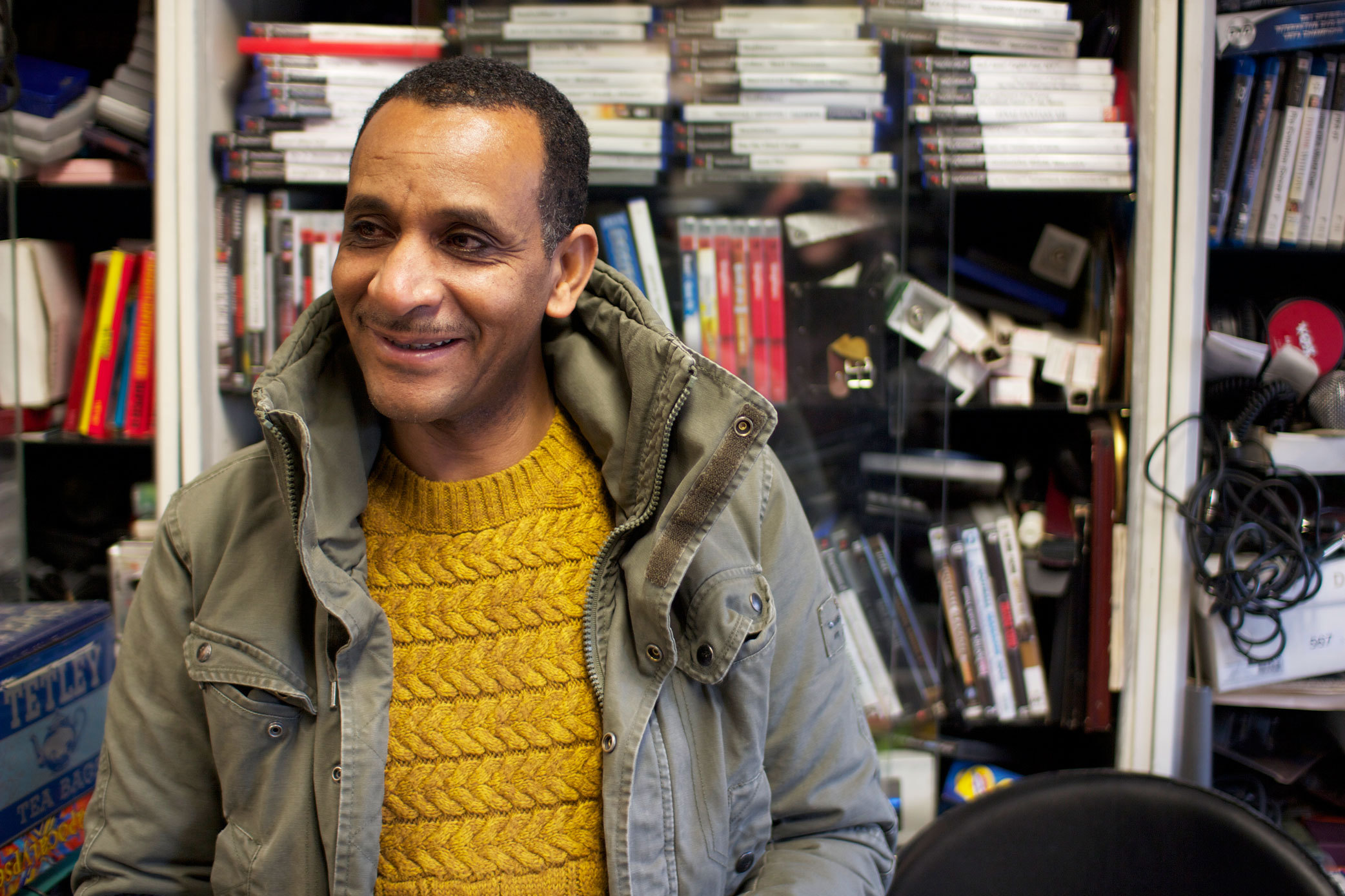 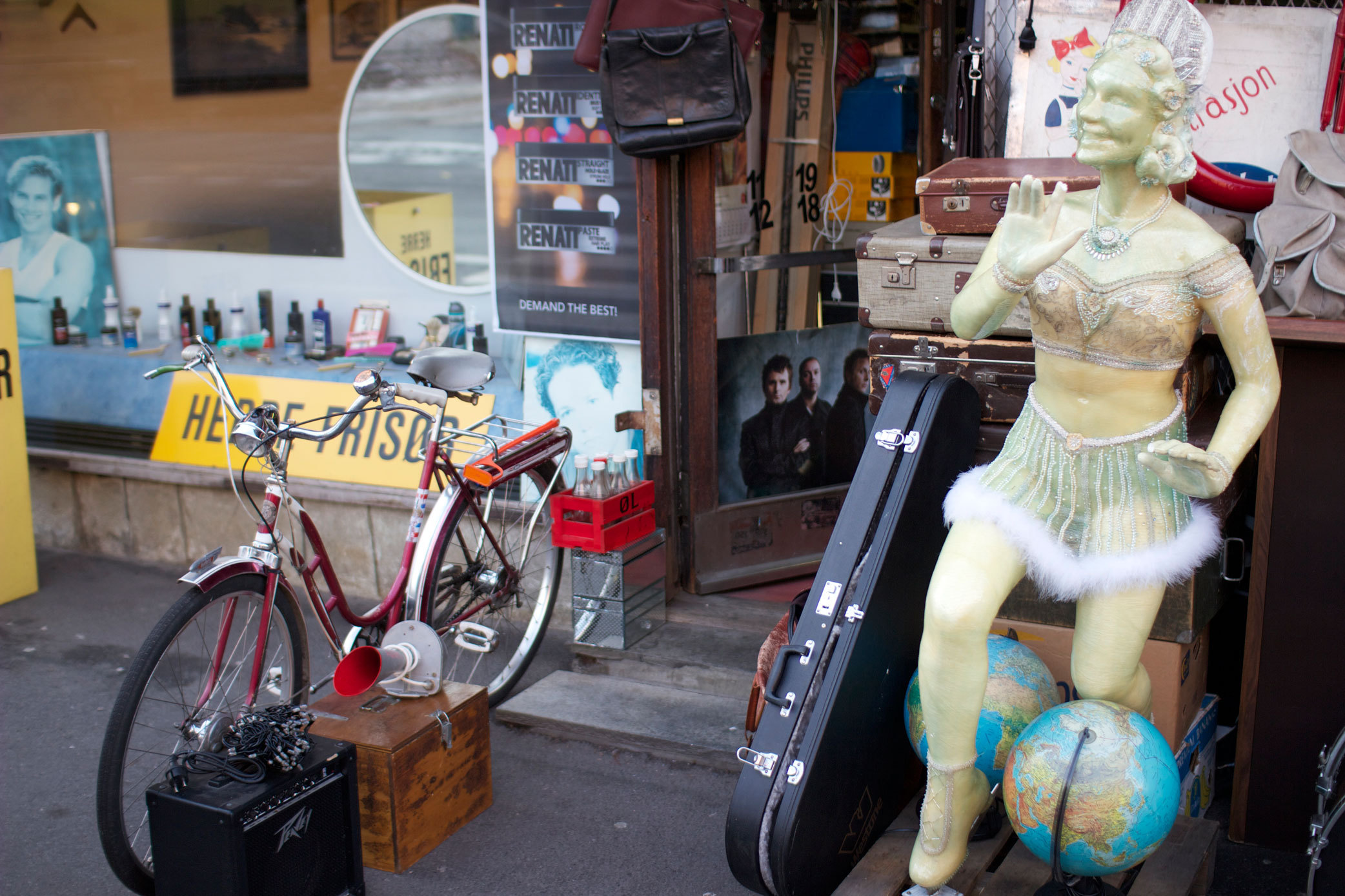 When did you open this shop? I started four years ago. Before that I was selling backpacks on a stand at the market by the Grønland bridge. I got this place by chance, but I was really happy it was in the same area. I love this thriving part of town. There are always events and happenings. People of all different cultures and backgrounds make this area buzzing with life. It makes me feel at home. 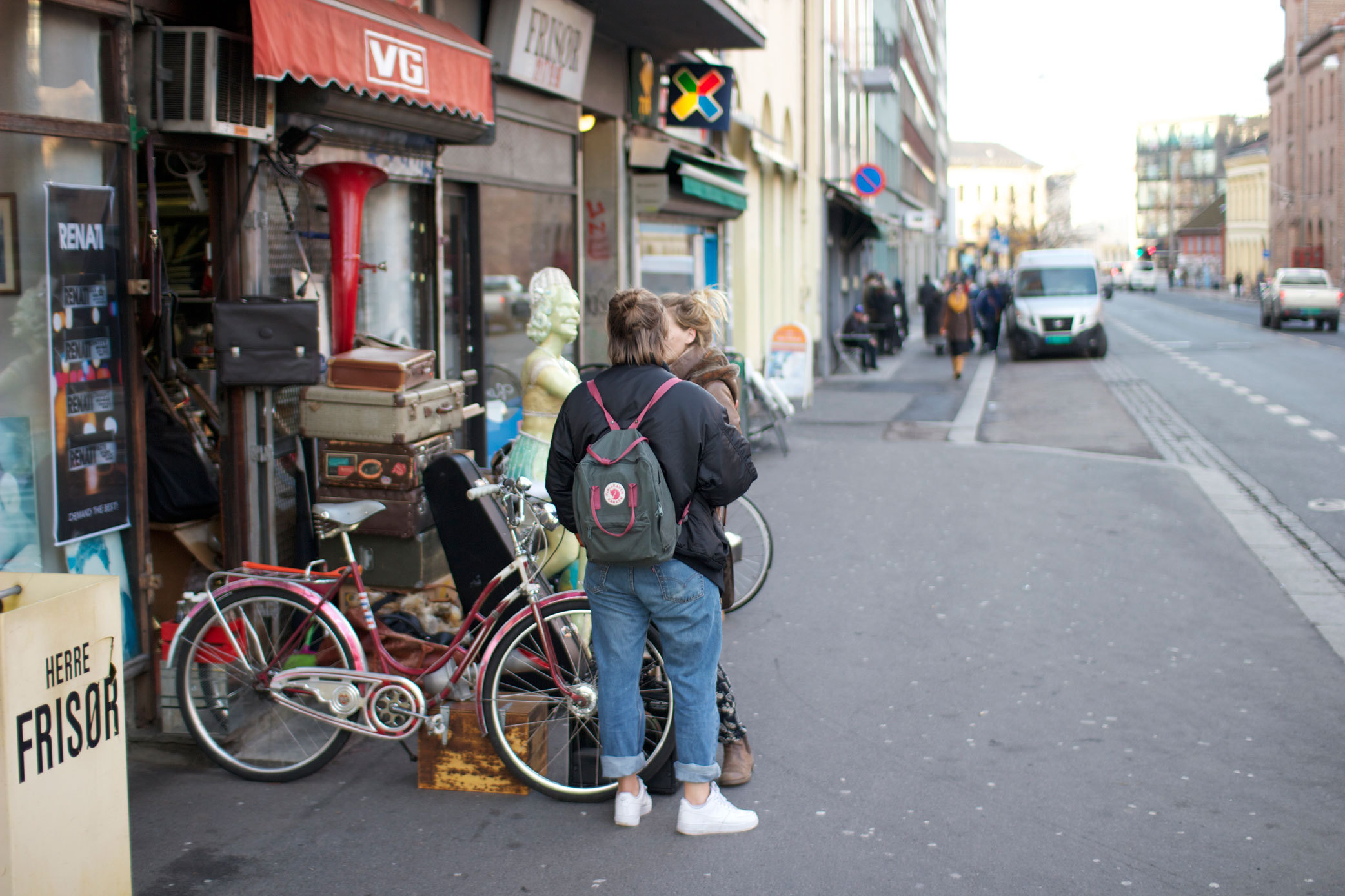 What kind of things do you sell? A lot of different things! Everything from old pharmacy boxes to toy cars. People collect those, you know. I don't really do much antiques and I mostly sell electronics; cameras, old stereos and nintendo games. They are very popular with the youth, and not a lot of places in Oslo sell them anymore. I also have several musical instruments from various countries. 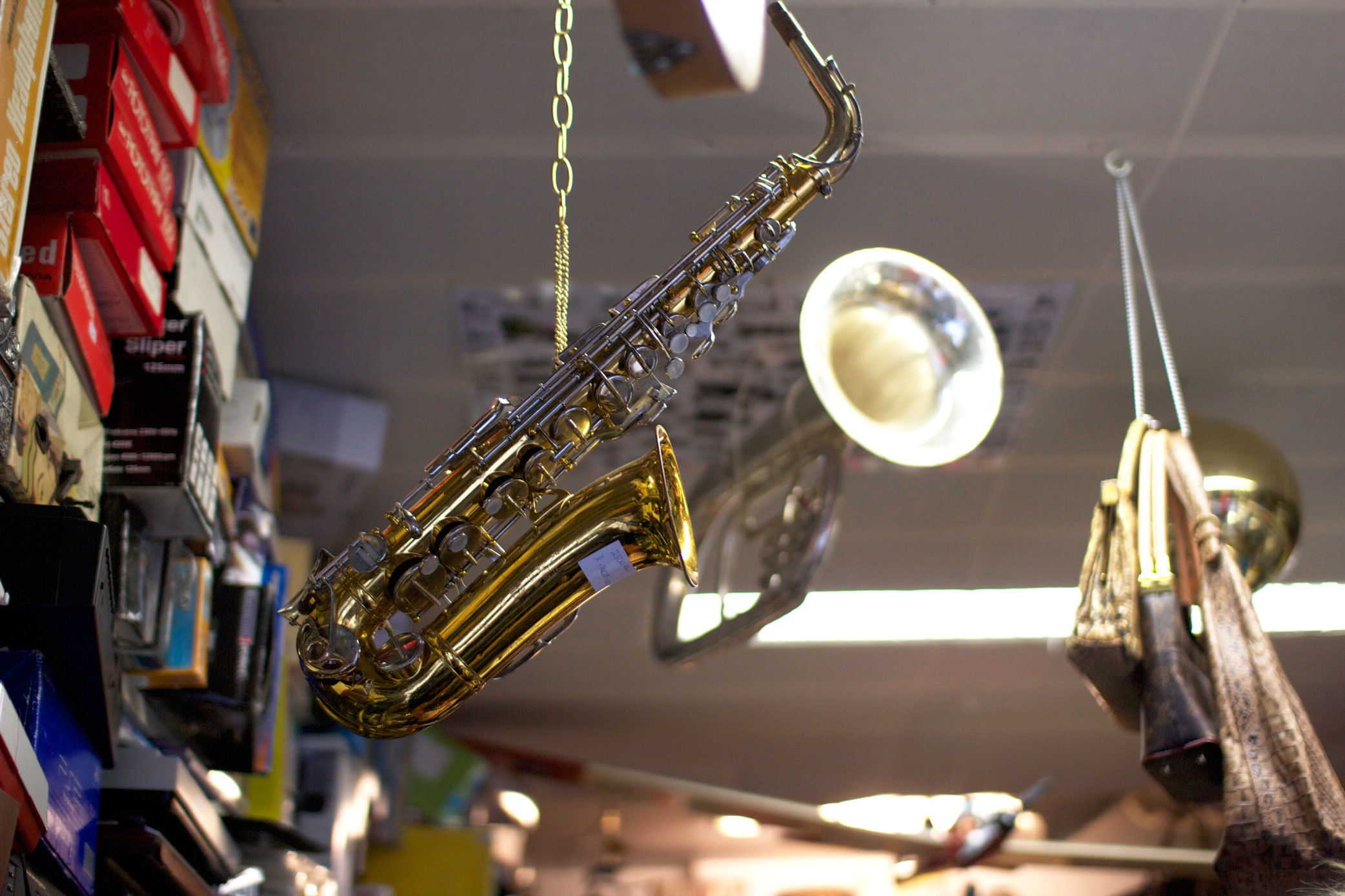 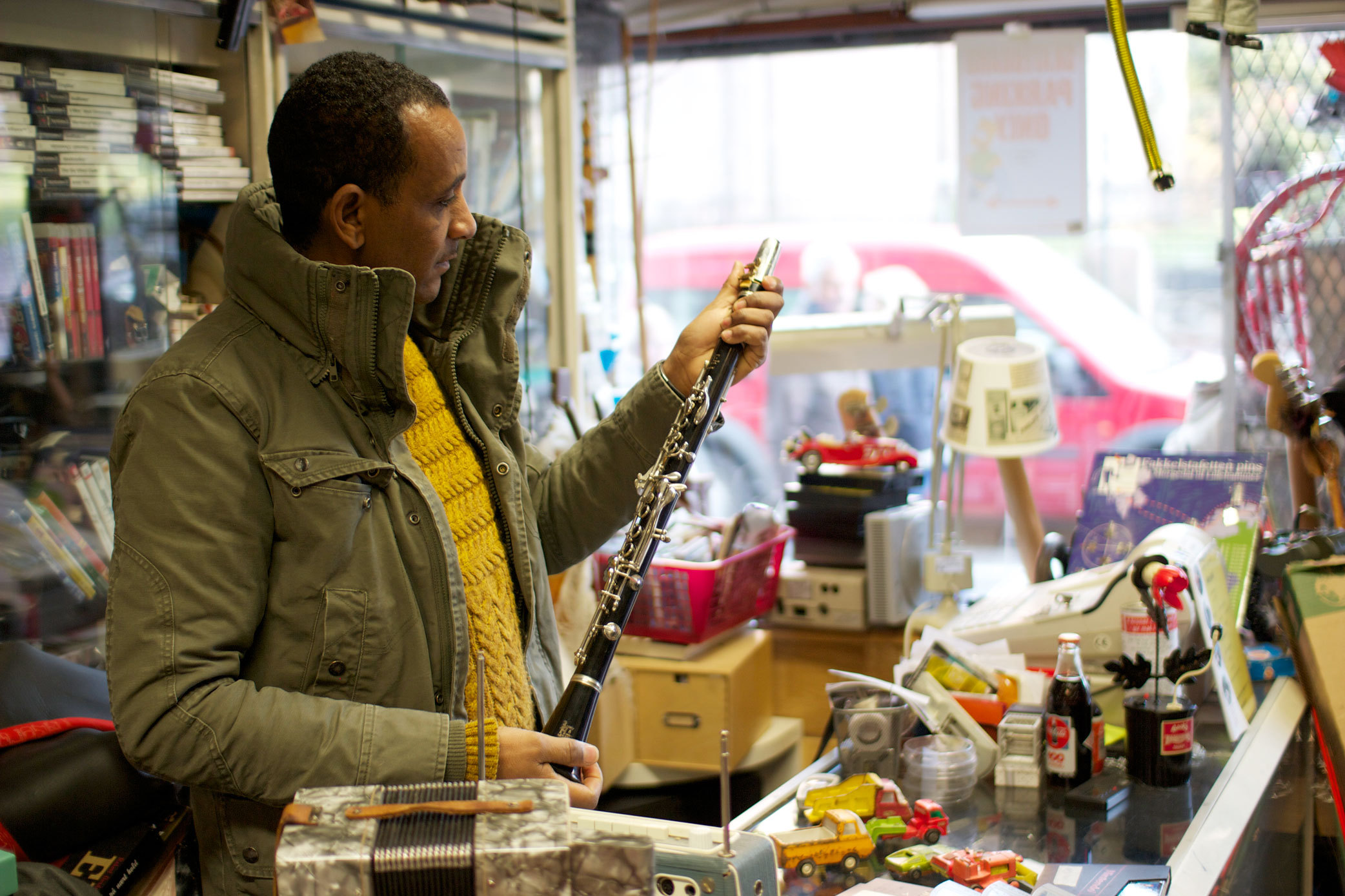 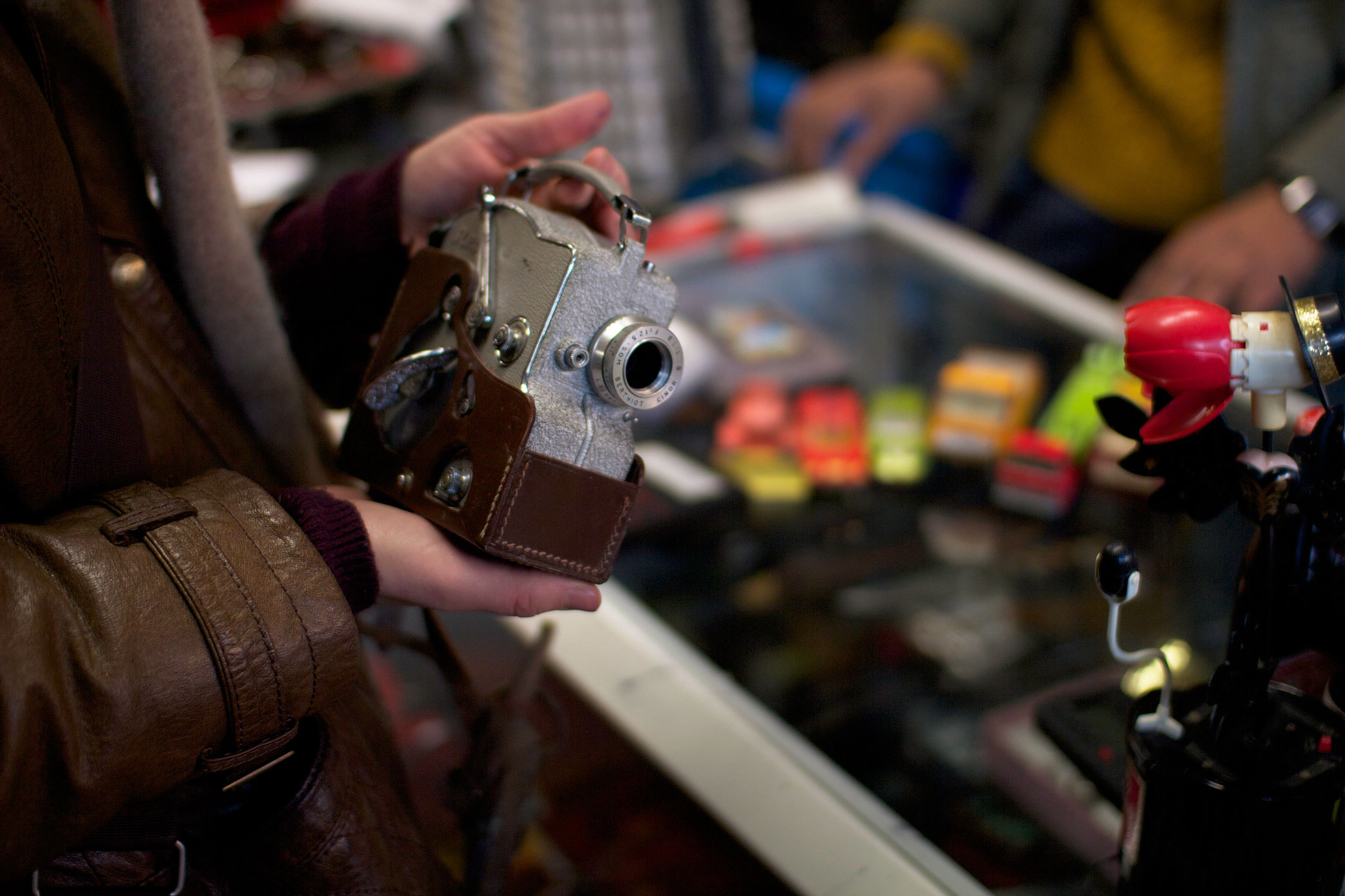 This fully functional pull-up camera costs only 300 NOK (€34,28). And where do you collect these from? I travel around to flea markets at schools and such. It´s a bit difficult though 'cause I don't own a car. Everything in here I've brought with me on trains and busses. That's why I can only sell objects of a reasonable size. Otherwise they're too heavy for me to carry! 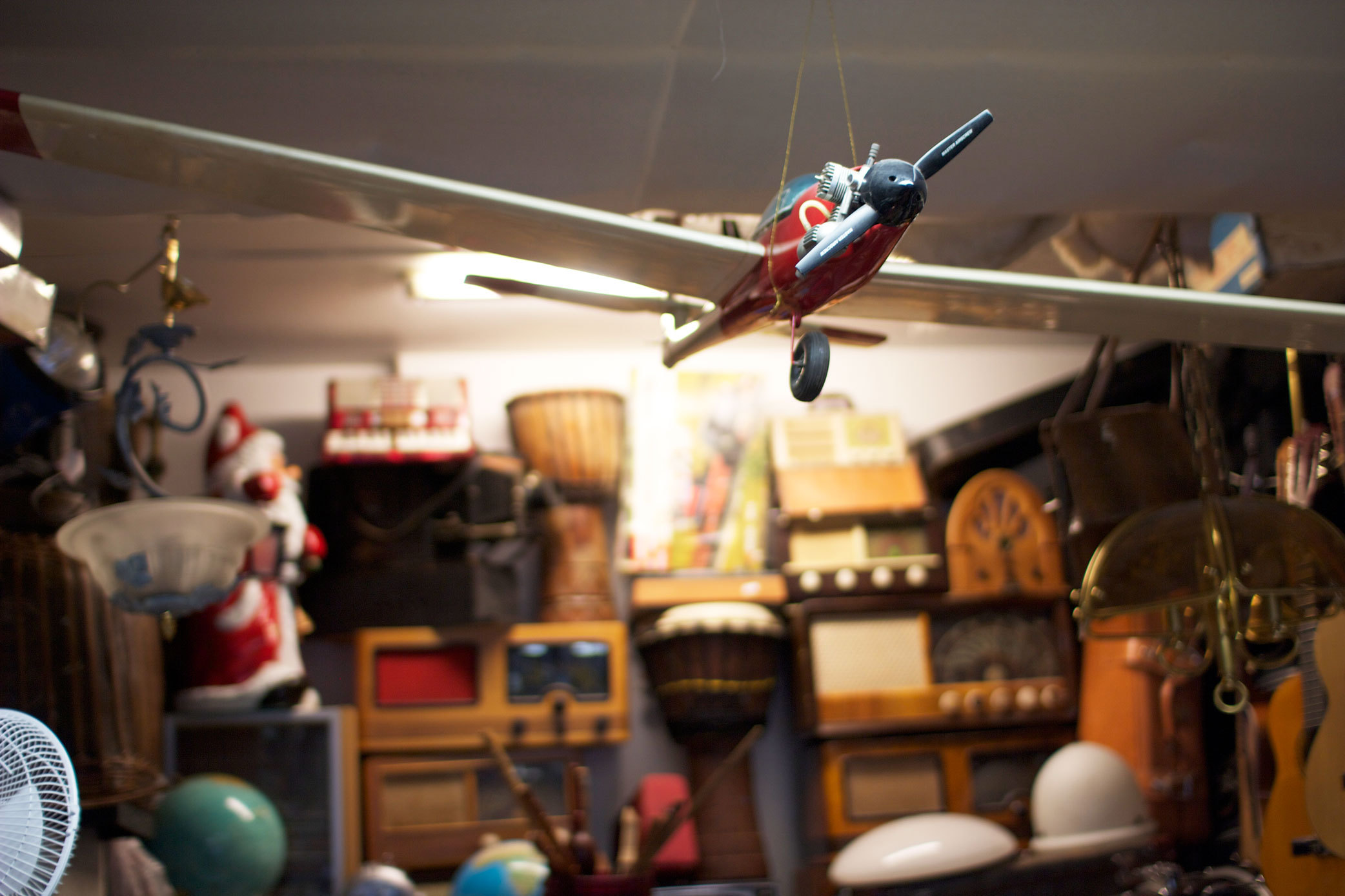 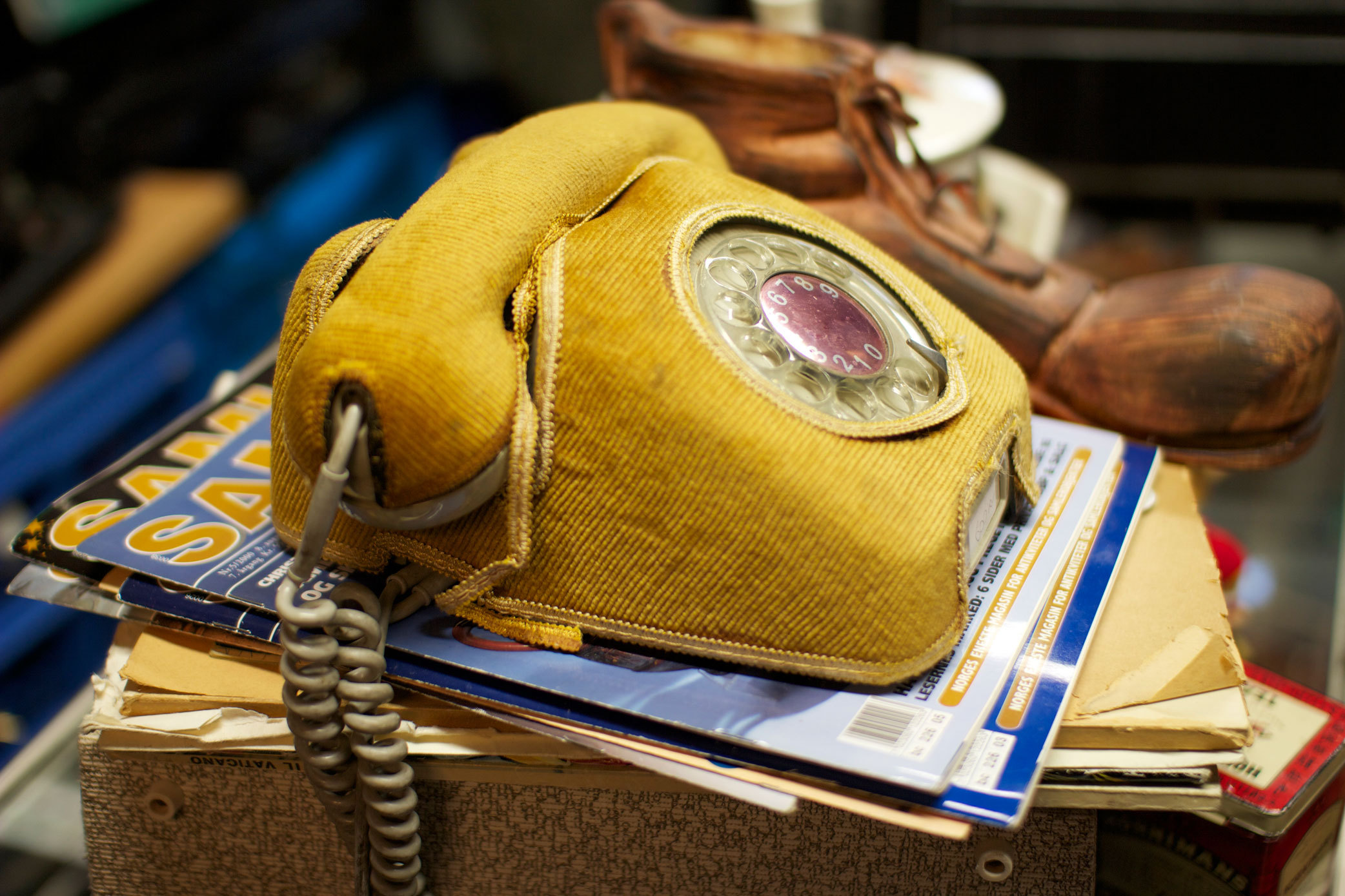 He laughs. Except from the statue of Sonja. The lady that sold this to me on a sunday market in Sandvika was kind enough to drive it here. Sonja? The figure-skater? Yes! The statue out front is of Sonja Henie, the famous Norwegian figure skater. 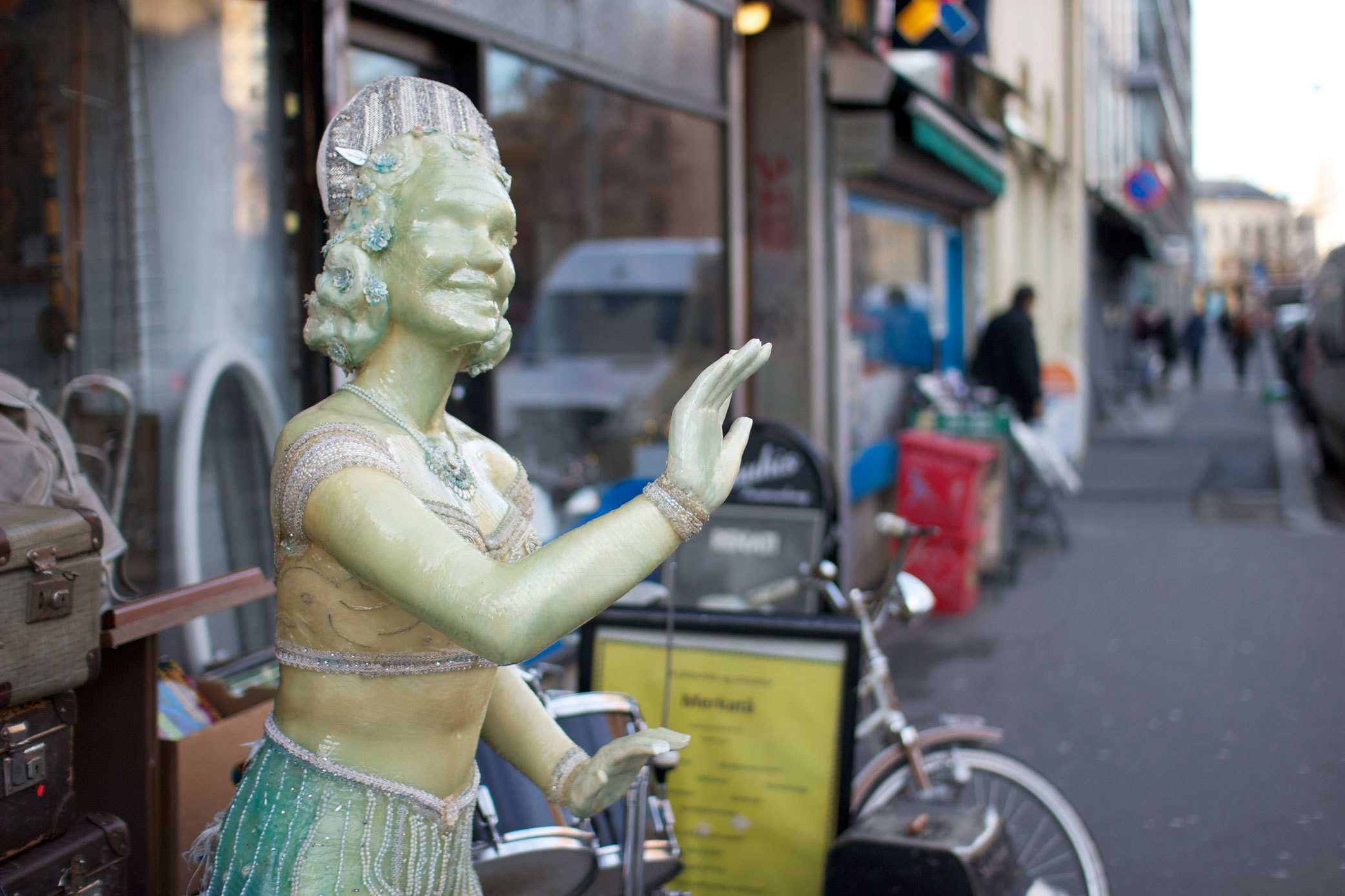 Several customers arrive, so I thank Muluken for the visit. As I leave the tiny thrift shop I turn to see the greeting statue of Sonja with Grønlandsleiret in her background. With all the controversy around her during the second world war I can't help but find a bit of joyful irony in the fact that her statue is sold here, on the most multi-ethnic street in Oslo, by a man of Ethiopian heritage with an impeccable Norwegian accent. -Text and photo by Ragnhild Bøhler-