Four years ago, a young curious woman was on a quest to rediscover Amsterdam from a different perspective. Through the art of story-telling and photography, Humans of Amsterdam launches a new book in collaboration with National Geographic.

Four years ago a young curious woman was on a quest to rediscover Amsterdam from a different perspective. Inspired by Humans of Tel Aviv Debra Barraud got out on the streets armed with nothing but a camera and a dose of wonderment. She started capturing Amsterdam citizens in the most authentic, touching, relatable and diverse ways. 4000 portraits later, National Geographic decided it was time for her to launch a Humans of Amsterdam book. Rightfully so! 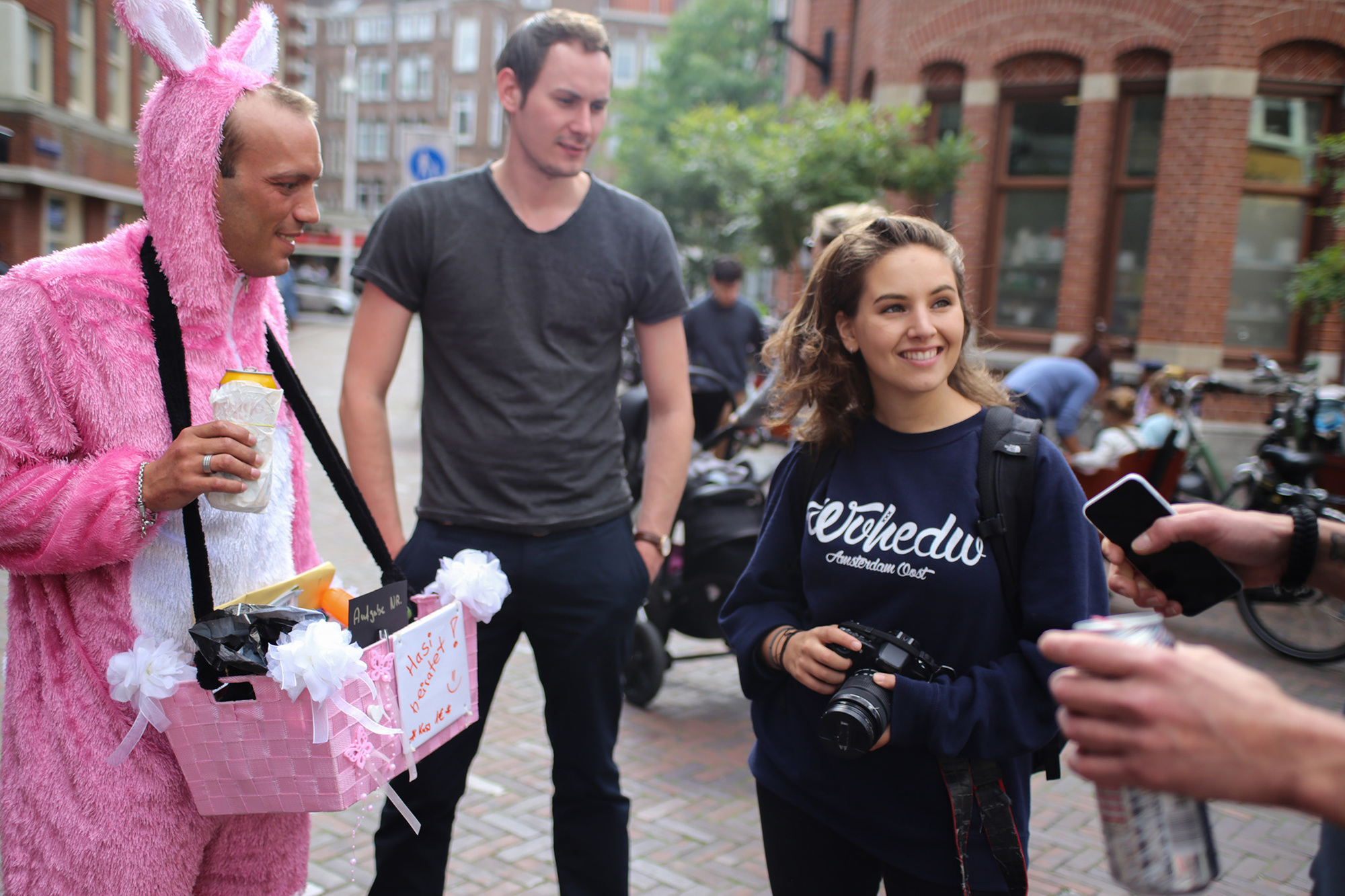 Photo to the courtesy of Omri Raviv

National Geographic is like a hyper-knowledgeable favourite uncle always taking us on a cultural and social historical journey (among others). Humans of Amsterdam is like a curious favourite cousin who never ceases to surprise us with the diversity of people. Together they’re presenting us a kaleidoscopic view of ‘the Amsterdammer’ with a beautiful book.

Time for Citinerary to get to the nitty gritty of how Humans of Amsterdam started from one girl’s curiosity to a book published by National Geographic. We sat down with Debra Barraud and Aart Aarsbergen (National Geographic Netherlands - Belgium).

Hi Debra and Aart, congratulations with the book. Can you share a few words about your collaboration?

Debra: Last year I already had a wish of bringing out my own book. I'd approached at least thirty different publishers who all turned me down. When National Geographic reached out to me, I was over the moon. I hadn’t even considered National Geographic because I didn’t think it was reachable. It has been a very educational process, people like Aart have such great knowledge and experience to elevate Humans of Amsterdam as a book.

Aart: I’m surprised to hear about the rejections, I immediately saw a book in her work. Debra shows a broad palette of cultures and captures stories that are very human. She is a champion in relating people’s portraits with storytelling. And she does is it in a way that it also tells something about the city. Her work fits well in what we do as a National Geographic.

Video to the courtesy of Kris Pouw.

Debra is a champion in relating people’s portraits with storytelling indeed. Humans of Amsterdam makes a positive impact on many. What is it that you want to give your audience?

Debra: I’m still amazed about the impact it generates! Frankly it wasn’t my intention to do so. I just wanted to discover the city and its people for ‘selfish’ reasons. But gradually started realizing that people identify with the stories, or on the contrary, don’t identify with them at all, which is also interesting.

Recently I posted a portrait of a determined young woman who had an incredible story about how she came to Amsterdam after escaping her controlling husband back in India. She had found freedom and independence here in this city. Within a day after the post I had received over 200 emails from women worldwide who feel trapped in their own marriage and this story gave them hope and strength. That really touches me. I just listen to a story, write it down and post it. Being able to be a vessel and contribute to such a positive impact on readers worldwide is just wow. The story even got picked up by large media outlets such as ‘Times of India’ and ‘New York Times’. That’s stuff you can’t anticipate.

I think the moral of what I do is showing people that others are often not what they seem, everyone carries stories that we know nothing about. I want people to be able to look at others differently. Initially you get drawn to the photo but it’s the story that creates depth to the person. My hope is that everyone takes that lesson next time they’re walking on the streets, and try to be more understanding to one another.


"The moral of what I do is showing people that others are often not what they seem, everyone carries stories that we know nothing about. I want people to be able to look at others differently."

Debra: The process of creating this book has made me look at my work differently. I printed out 4000 portraits and discovered there are a lot of underlying themes in the stories that I could not have conveyed online. One example is ‘why did people come to Amsterdam?’ The reasons are numerous and diverse. One of my favourite pages in the book shows a portrait of a guy who came here last year as a refugee and tells us about how he was welcomed in the city and what was going through his mind at that time, and right next to it is a portrait of two recently divorced women from England who wanted to start a new life in a new city. I’ve selected stories that amplify each other and put them together.

But it was also important for me to reward my followers with new and unpublished work.

Aart: The book absolutely has its own added value which is far from being an accessory to the online platform. Books have their own standard, it’s physical, it carries its own story, and its own set of values such as the quality of the paper and imager. Take Jimmy Nelson for example, his work looks beautiful online but if you take the book, it’s a pure piece of art.

Debra, you’ve traveled the world and captured portraits worldwide. What is characterising about Amsterdammers?

Debra: Every city carries its own unique history and culture and that shapes people and gives a certain flavour and character to the stories. For example I’ve dedicated a page in the book to Tinder and internet dating. Amsterdammers use it a lot and it really is a thing of the here and now.

When looking at what generally characterises Amsterdammers, I find it easy to interact with people, they’re more open to share their stories. I do have to work harder to pull out a deeper level to the stories. The Dutch have a ’let’s put our shoulders to the wheel’ mentality and keep the conversation light. But the more people know Humans of Amsterdam, the more I notice they are opening up to me, they know it’s in good hands.

Lastly, Humans of Amsterdam captures interesting personal quotes, and stories from people. Would you like to share a little story about yourself that would surprise our readers?

The funny thing is you would expect that a person who goes out to photograph and talk to people on the street on a daily basis would be a bit of an extrovert. But in fact I’m more of an introvert and not someone who wants to be on the foreground. I really need time to process all of the stories people share with me, it takes a lot of energy to sincerely listen to people, and I think it’s important to have good energy to do my work. I believe in good energy!  I’m proud that 99% of my followers are people who wish others well, especially in a day and time where the internet is largely polluted with hateful messages.


"I’m proud that 99% of my followers are people who wish others well, especially in a day and time where the internet is largely polluted with hateful messages." 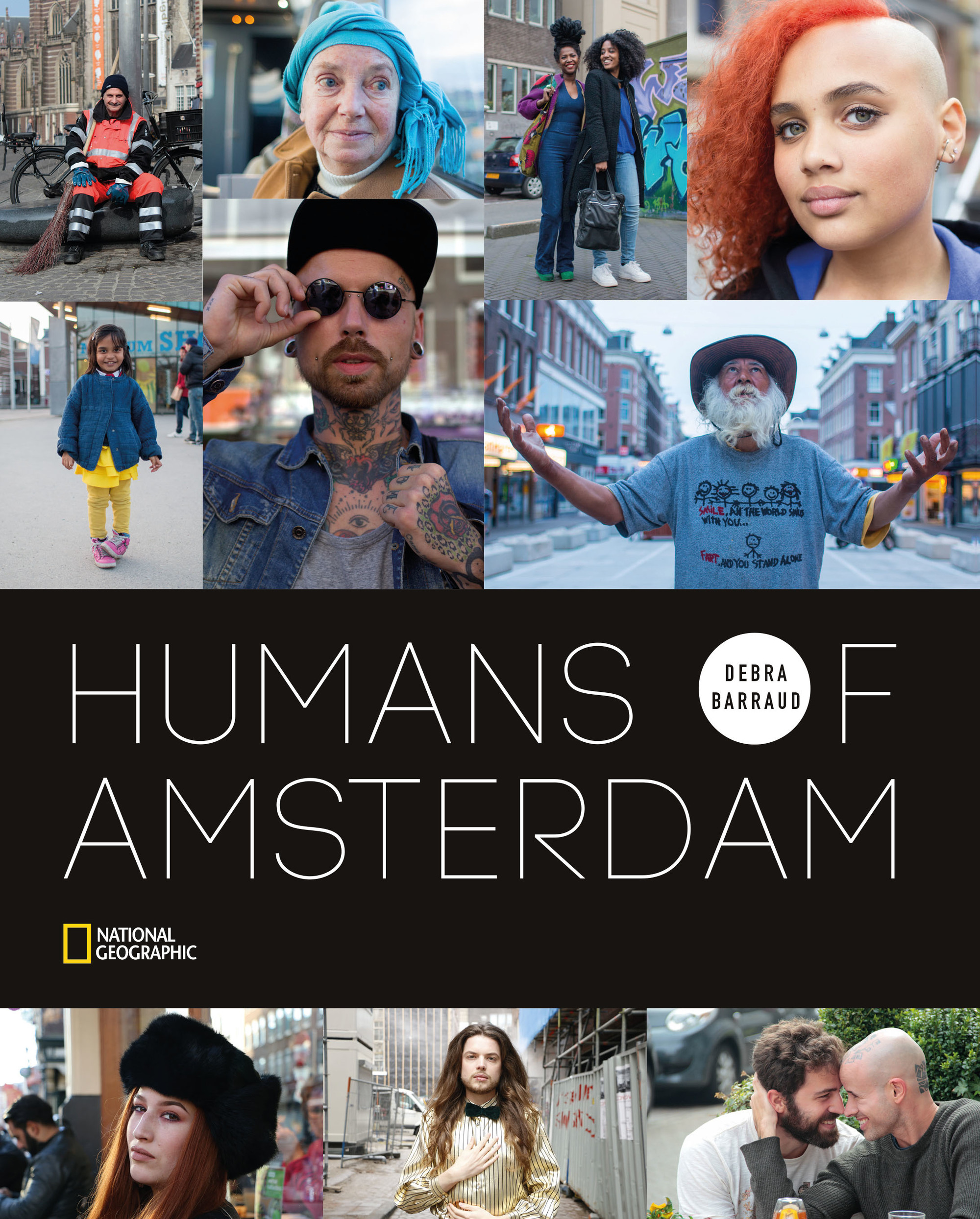 Thank you Debra and Aart! We’re excited to know we can order the book here to marvel at our fellow Amsterdammers’ pictures and stories.