At TEDxAUCollege’s Pitch Night, you’re welcomed to a warm and inspiring atmosphere. An event dedicated to the bright ideas of a particularly passionate and inclusive community, let’s take a look!

At the Amsterdam University College (AUC), students and professionals alike gathered ‘round to show love and support towards their fellow peers on the TEDx stage. For the crowd, TEDxAUCollege’s Pitch Night is a special occasion where the community gets together to inspire and connect with one another. Which is why we, A City Made By People, were right there to join in! 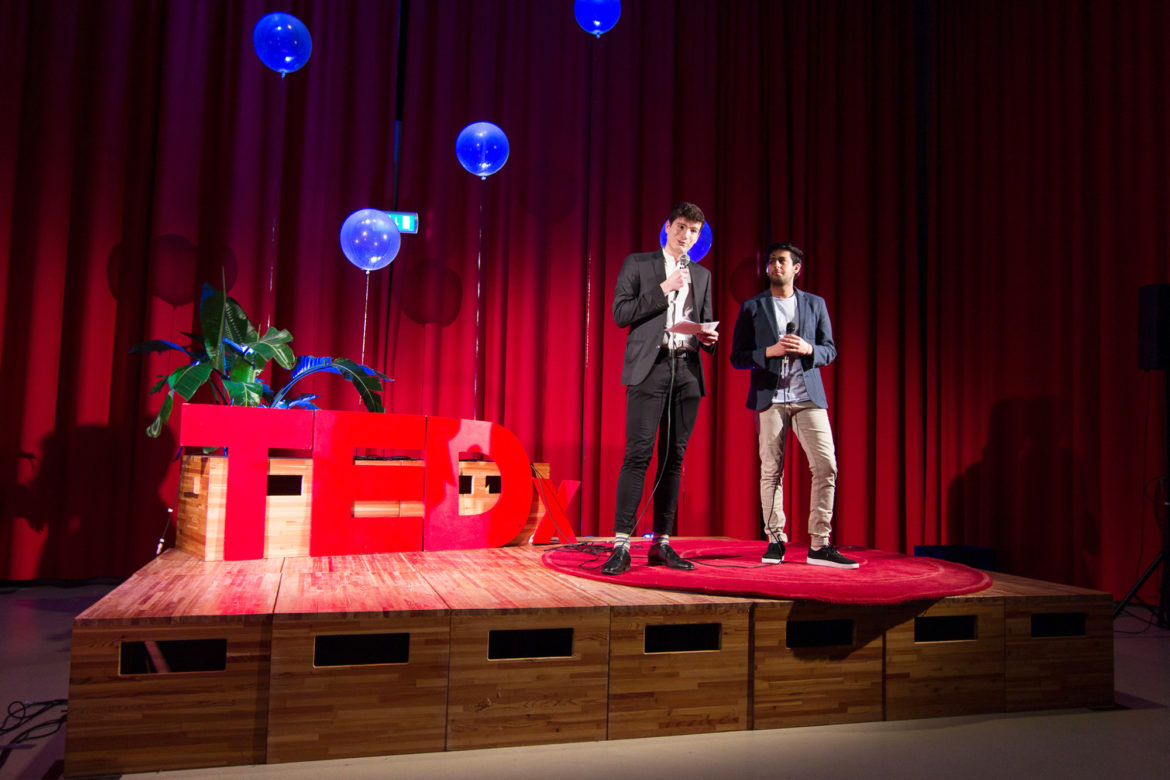 Short and simple, here’s the deal: in no more than three minutes each, ten local talents take the stage and try to convince you, the crowd, that their idea is worth spreading. You (somehow with great difficulty) choose one favourite of the ten, and whichever pitch has the most votes, wins. Additionally a second winner is also nominated by a jury of four, both winners having the opportunity to speak at the main TEDx event held on the 13th of March.

What’s inspiring about this night is the overwhelming amount of support you feel the second you walk through the door. Inside you see parents reaching for their phones to record a special moment, partners embracing the other with erratic nerves, and friends cheering loudly for their fellow classmates. I mean, it was no doubt a full house where you can easily feel the energy of the crowd. 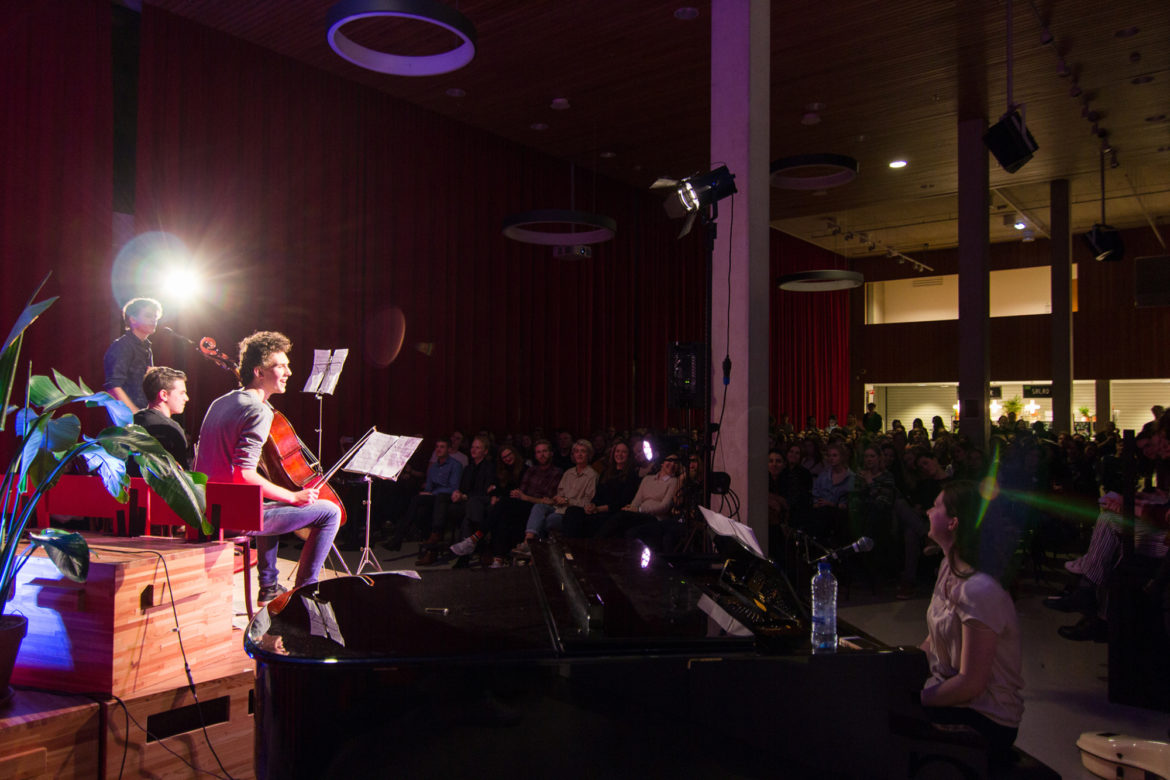 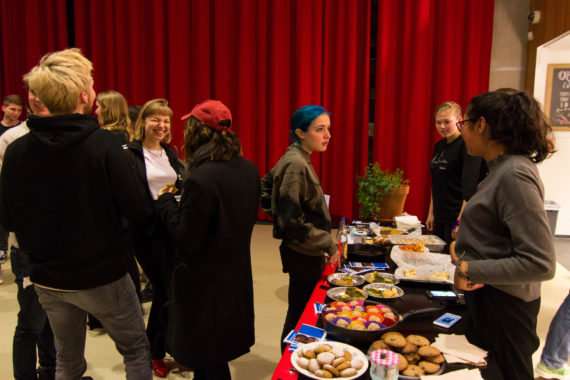 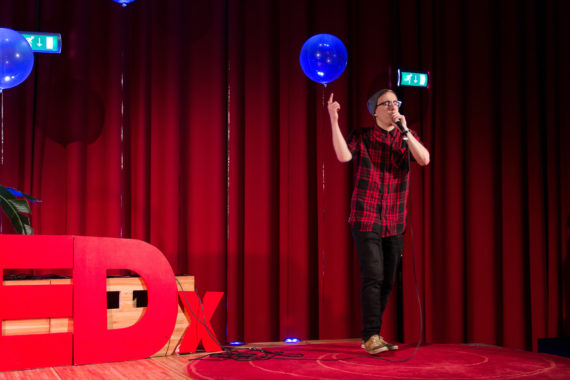 This kind of benevolent support is also shown throughout the night’s programming. The several interludes of the event consisting of an original ‘Fifth Dimension’ rap by student Menno Gilhuis, a vegan bake sale by HandsOn. aimed at raising money for educational projects in Honduras, and a special performance from AUC's upcoming musical, "Circus of the Rain,” written and performed by students.

First up on stage was Daniel, a young mind with such an entrepreneurial drive. Right off the bat he shared with us how graduates don’t have the right skills required in today’s constantly changing professional environment; how there’s a gap between what’s taught in universities and what skills are needed in the job market.

Daniel  believes we should bring the professional field closer to the classroom. In his pitch, he yearned to tell us more of how universities can better prepare their students for the real, professional world. 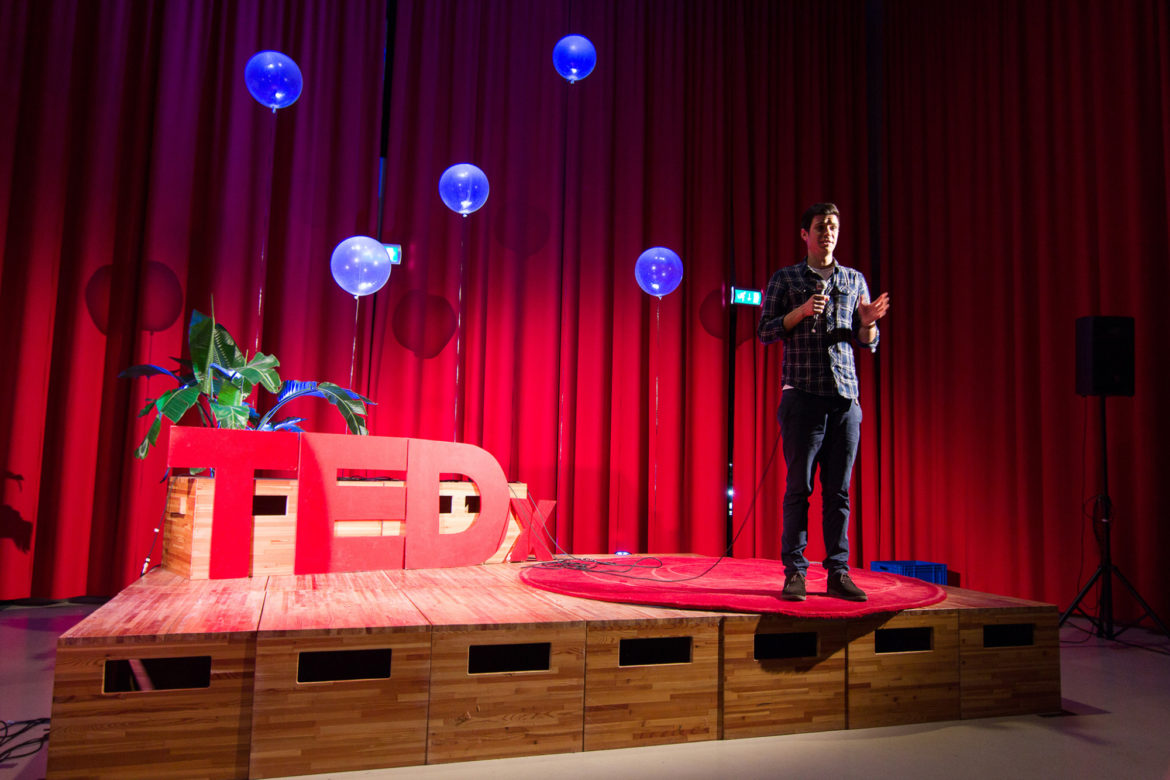 Driven by curiosity is the second speaker, Catalina, who shared with us why students should take control of their own educational journey. She urged the crowd to consider why change is necessary when students receive a standardized education; this type of ‘assembly-line’ instructional (rather than educational) system.

Students operate in a very uncertain environment and if awarded the TEDx talk, Catalina would gladly share more insights on the philosophy needed to fit this kind of uncertainty. 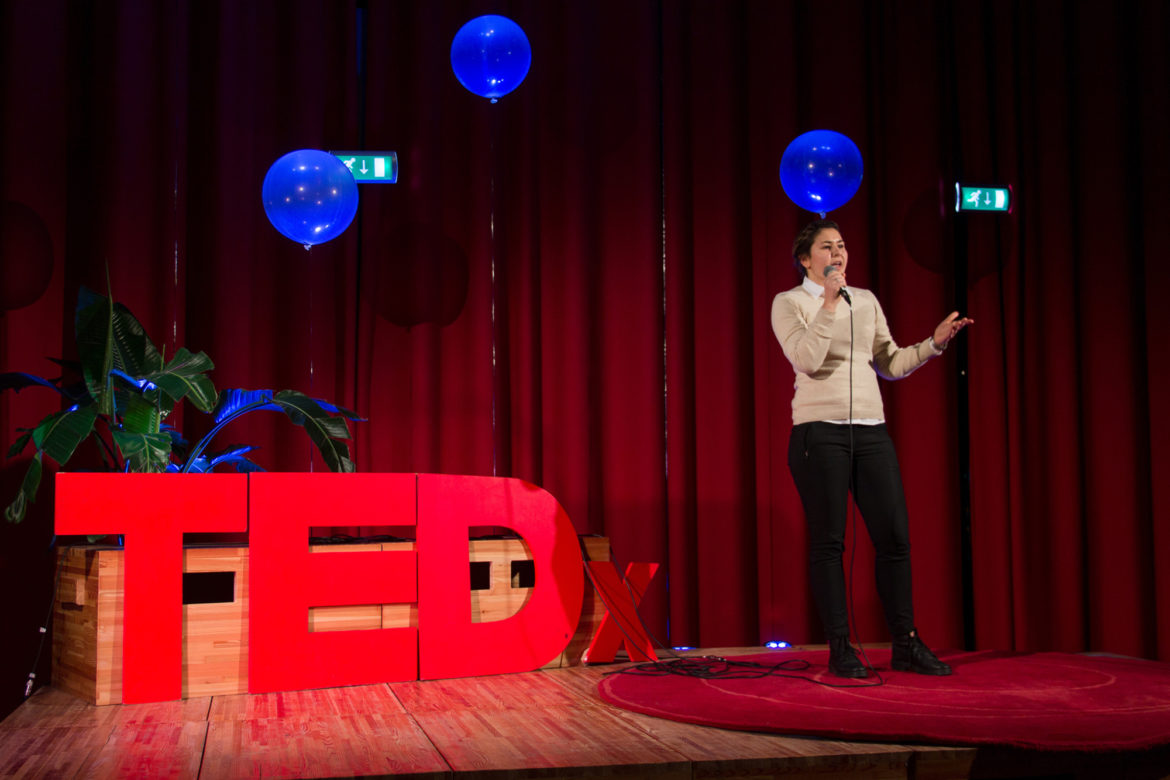 Up next and backed up by his philosophical nature is Maico and his pitch, the Nihilistic Shift. Although a difficult exposition, Maico was able to plainly describe a philosophical theory where life has no intrinsic value or meaning, suggesting the highest regard and respect for the universe.

Maico explained how Existential Nihilism could open a broader perspective and lead to a new form of politics; one that could shape equality and inclusion for both humans, animals, and all things. If pursing to the main event, he could shed more light on this theory which was also discussed by the greats like Bruno Latour and Nietzsche.

Claudia Dictus - “#HereToo: The Taboo of Sexual Violence in the Netherlands”

Sexual scandals aren’t just for the rich and famous in Hollywood, everyday Dutchies experience their own share and prevalence to sexual violence as well. Following the response to the #metoo campaign and debate, Claudia came on stage and showed us how this not-talked-about-enough taboo is closer to home than we think.

By uncovering the myths of sexual assault, especially in universities, Claudia was able to captivate the crowd with a chilling story only she should be deemed to share. If moving forward to the main event, Claudia could enlighten us further with what we can do to break the silence and help victims within our community.

The first thing I can say about Lasse is that he’s a natural on stage. In just three minutes I was convinced he was an expert, pitching an idea I felt he’s pitched numerous times before. He shared with us this concept of not wasting time, of looking through the mirror and thinking twice of the media habits we participate in.

Lasse spoke more on self-development in times of social media. He informed the crowd that by the time we’re 80 years old, we would have lost five years to social media. That’s five years of our attention we’re giving to someone else’s vacation pictures or dull selfies, five years of time we’re not getting back. Unless the crowd’s vote lets Lasse tell us how. 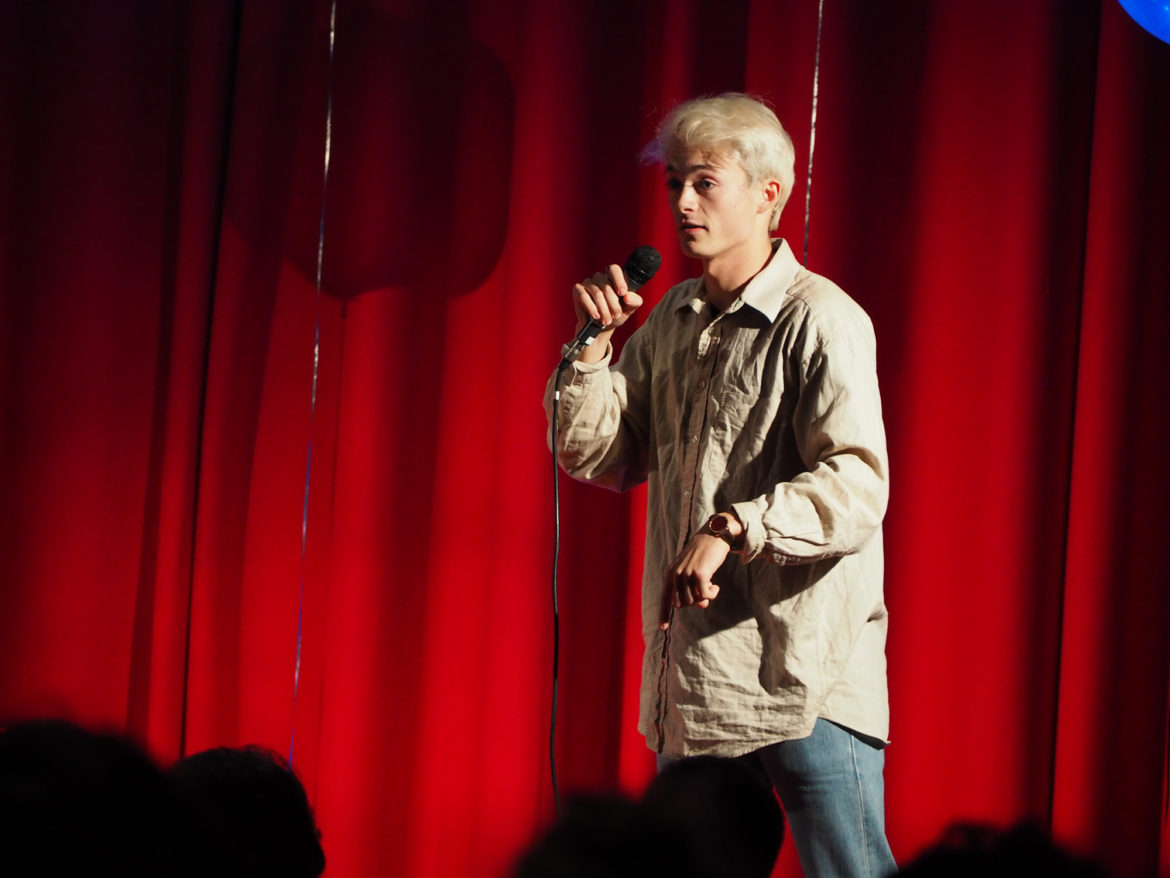 ‘Education is a gift,’ something Jesse reminded the crowd during his pitch on the TEDx stage. This is also reminiscent of the drive behind the platform he developed for language learning, called BrainElf. Though Jesse admitted that the majority has heard of Duolingo, he aims to explore a new approach to language learning, one through the means of circular education.

With BrainElf (a platform regenerative by design), absolutely anyone can learn new languages through spaced repetition, the absence of translations, and the use of audio-visual techniques. 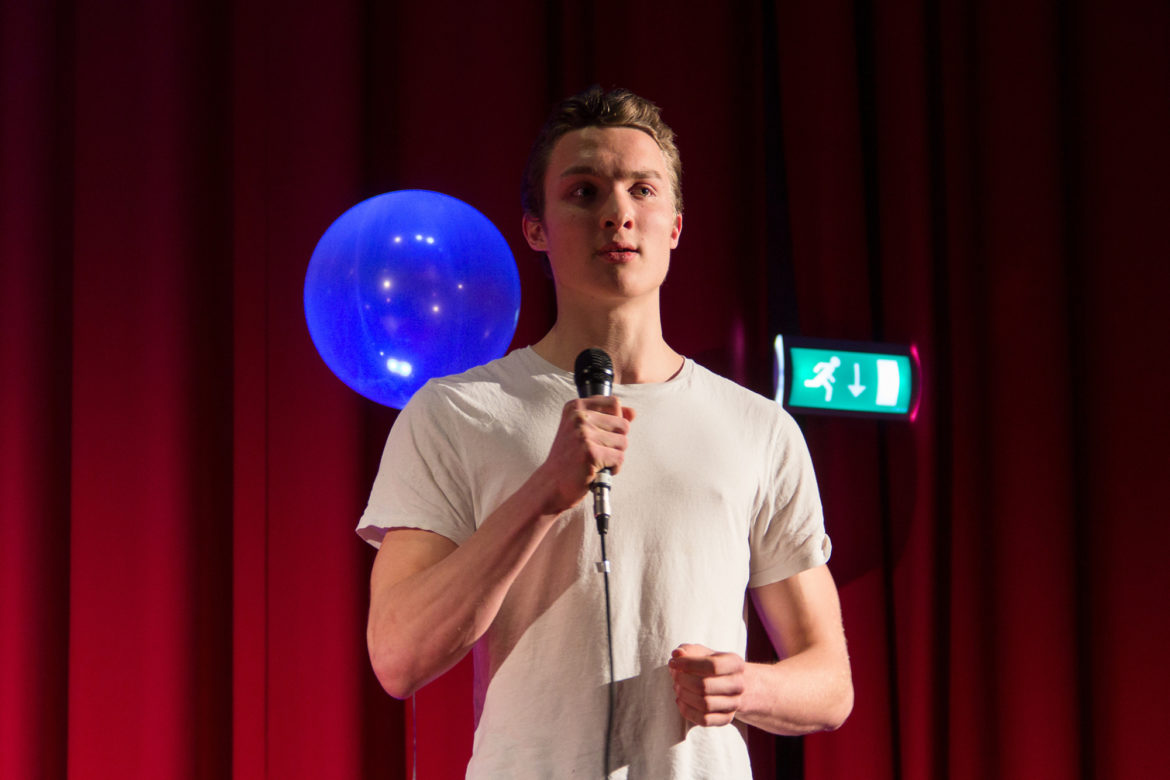 If you’re familiar with the term bitcoin or cryptocurrency, then you’ve heard of the revolutionary blockchain. What Nick pitched to us on stage is how blockchain has the potential to combat social isolation, specifically when concerning the elderly.

Using blockchain infrastructure, he explains how a service where people come first can be thoughtfully designed. A service where elderly people use technology that allows them to accept aid from different sources. With this care innovation, Nick hopes to further combat social isolation by utilizing design thinking with blockchain, if favoured to win! 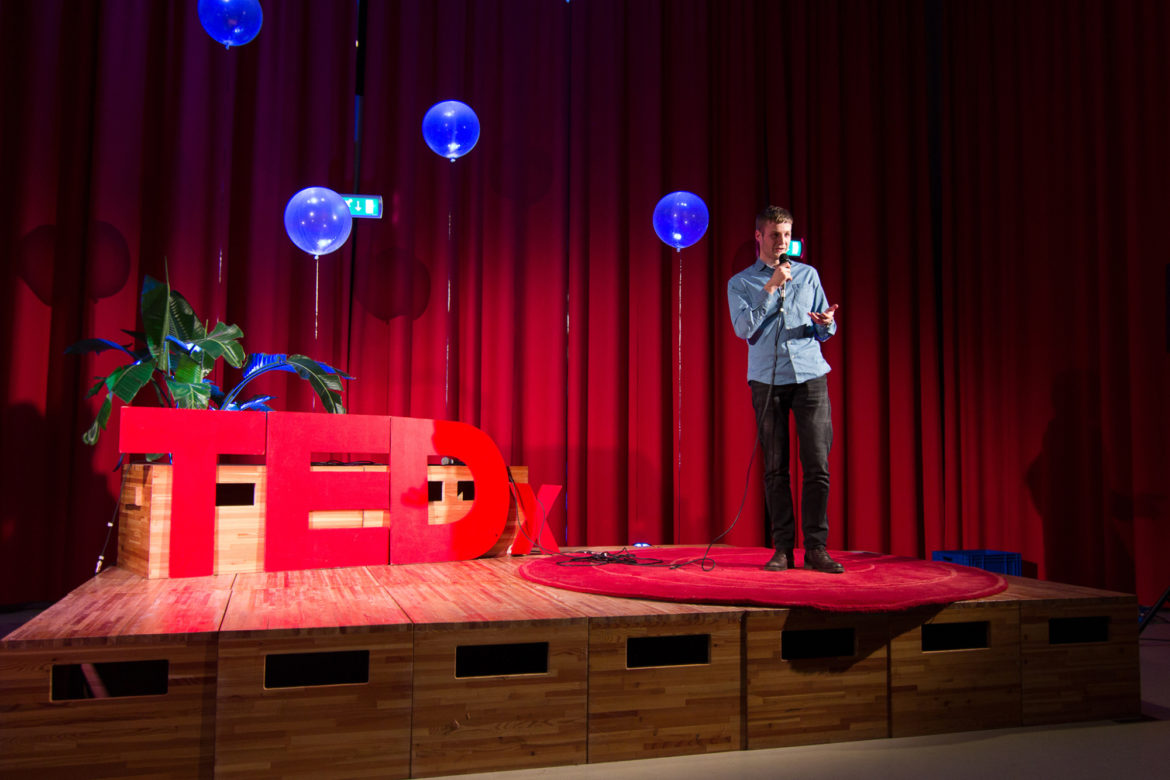 How we perceive Europe is based on the stories we choose to tell of it, and on stage to share that story is Co-founder of ‘Are We Europe’ and AUC graduate, Mick. Through the power of storytelling, this collective platform facilitates the search of what Europe means to each and every one of us.

Mick hopes to illustrate a more positive image of Europe through the voices of young journalists and creatives who live in it. As the (spoiler alert!) jury’s choice and first winner of the evening, Mick hopes to spread this narrative even further at the coming TEDxAUCollege main event. 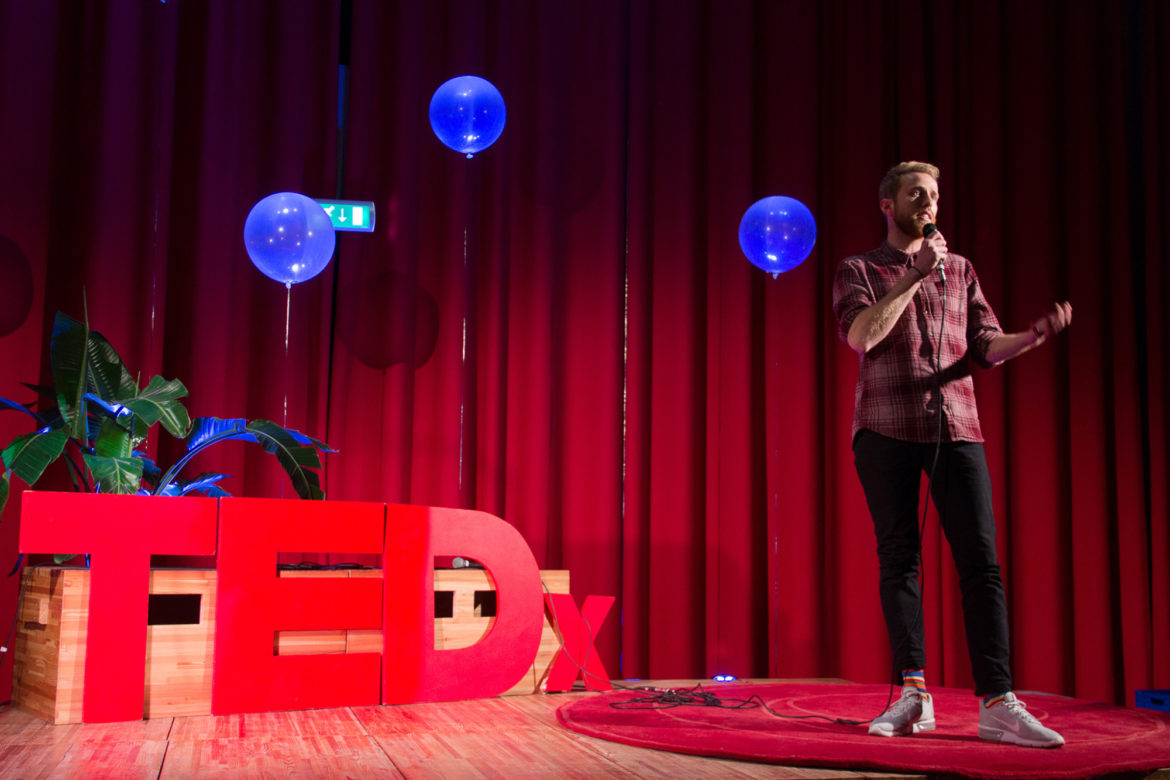 Charlotte Rubesa - “By Women for Women: The Transition from Uni to Workplace”

Managing the transition from a student to a professional in the workplace is no easy feat. This and more is what Charlotte shared with us on stage, specifically asking: how do young women make the most of their careers?

After interviewing top-level women across multiple fields, Charlotte was able to understand and collect insights on aspects regarding women and entrepreneurship; the next generation of female leaders. If voted by the crowd, Charlotte can further share her findings and stress the importance of earlier career choices and how we could (and should) build a brand around ourselves. 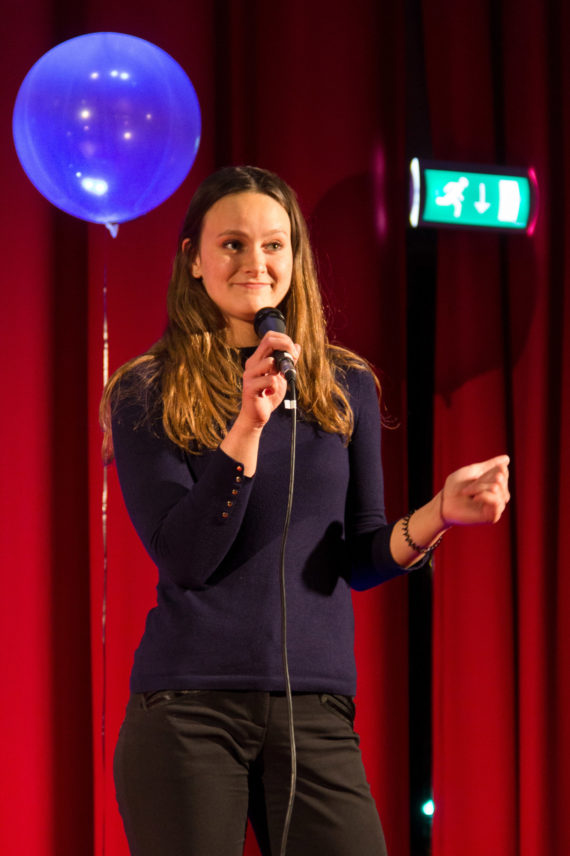 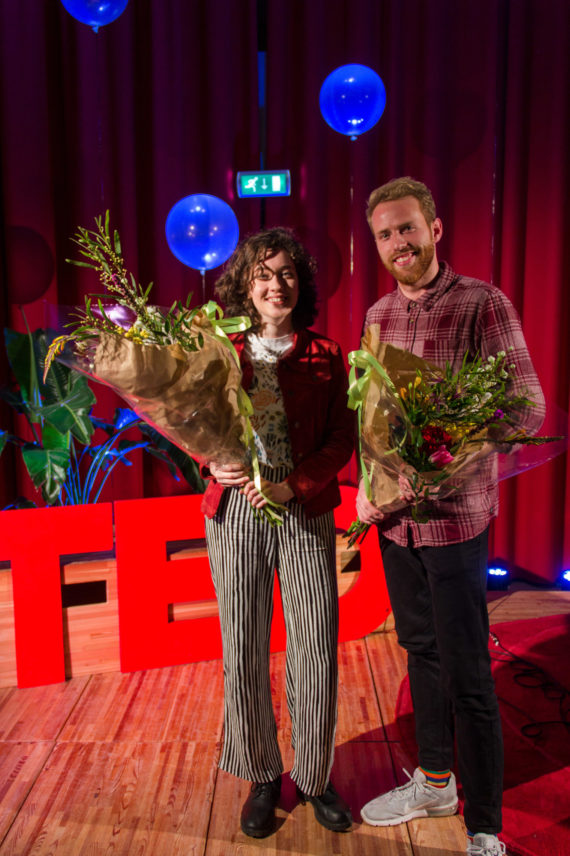 Last but certainly not least is the crowd’s pick and second winner of the evening, Ella. On stage she highlighted a story of her relationship between herself and her host father: a person with highly nationalist views that differed from her own.

Such powerful and opposing opinions tend to spark a clash of perspectives, of disagreement. However Ella argues that when extreme ideologies are confronted with empowered empathy, we don’t just sympathize with others but literally feel the emotions of those around us. 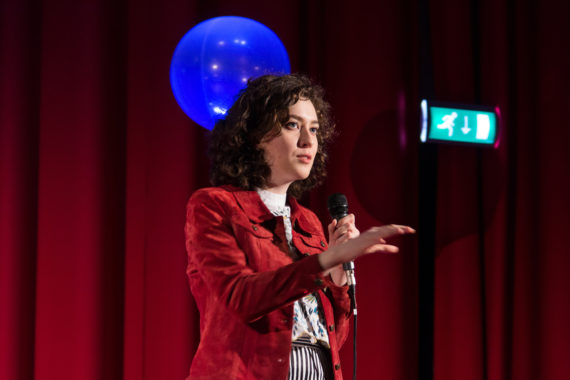 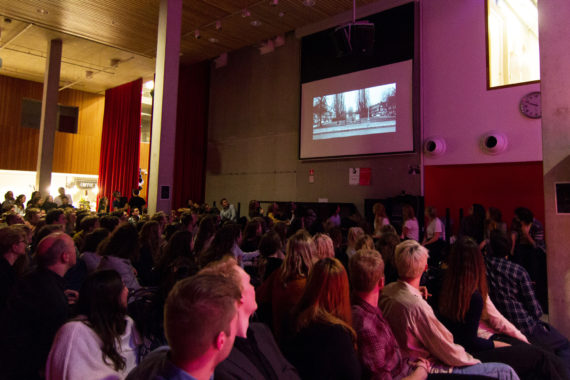 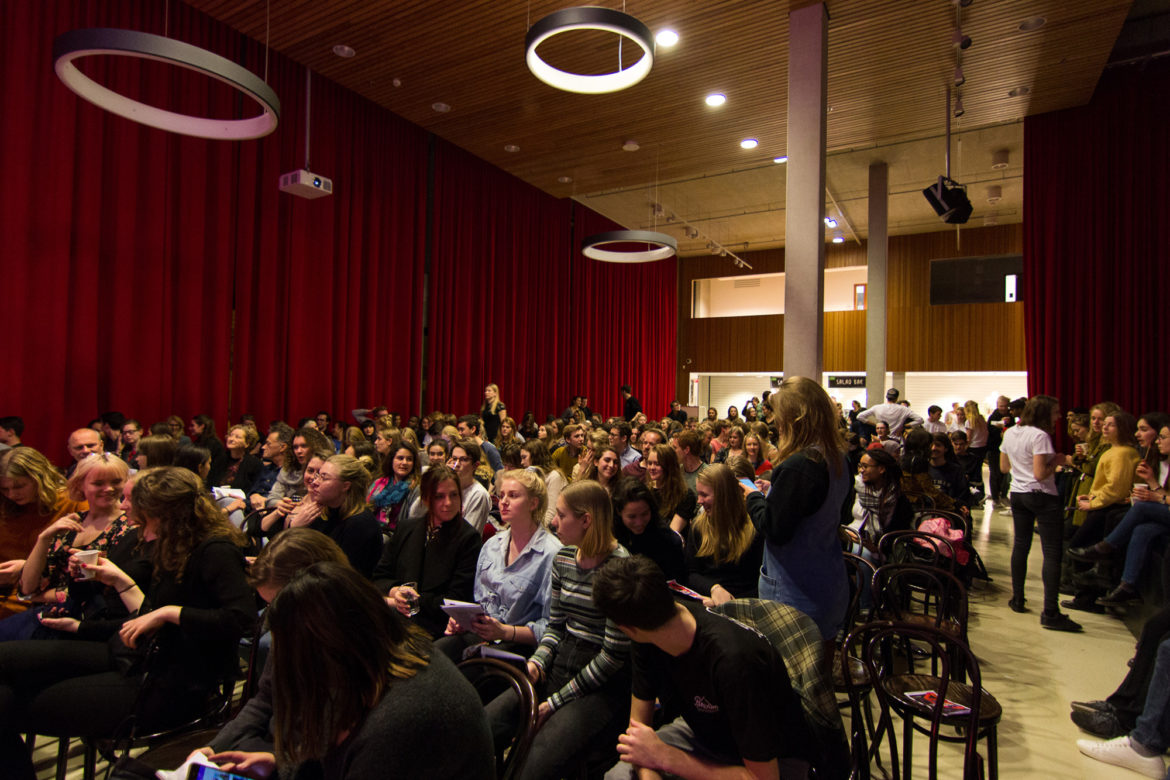 From the ten pitches heard at TEDxAUCollege’s Pitch Night, Mick and Ella were selected to move towards the main event! On the 13th of March at the KIT Royal Tropic Institute, this close-knit community will gather once again for an evening filled with inspiration and connection.

Get your tickets to the main event here: https://www.yourticketprovider.nl/

Have the bright ideas of these pitchers inspired you? How about some more stories on how our cities foster innovation? Check out Issue 1 & 2 of A City Made By People if you'd like to read more! 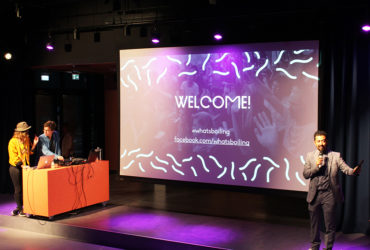 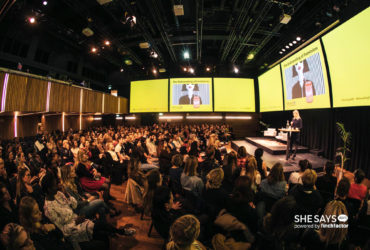 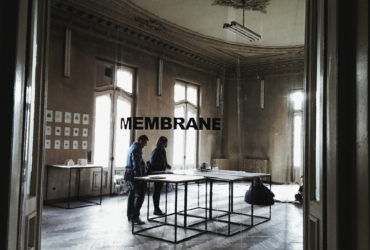