Kamp Seedorf the "Banksy with Balls"

Amsterdam, the city of van Gogh, Mondriaan and Vermeer. They’re all neatly displayed in our beautiful museums. But Amsterdam is also the city of London Police, Bustart AND Kamp Seedorf. Displayed randomly on our city walls. Some may refer to it as vandalism while others may call it art. Meet Kamp Seedorf and decide for your self...

Kamp Seedorf no one really knows who they are and yet they blaze their own trails on various places in the city. When on duty, they cover their faces with masks and arm themselves with artworks ready to be pasted up on the walls. 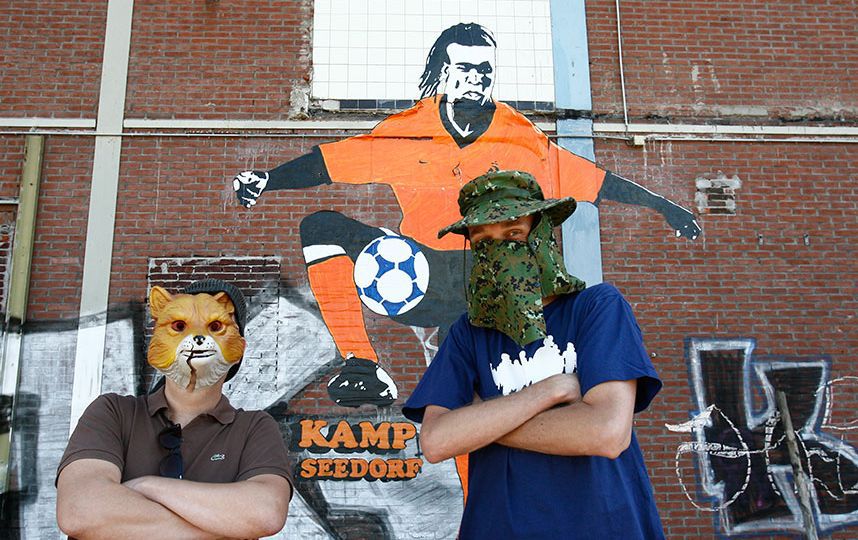 What's the story behind Kamp Seedorf?
I, Clyde, just started doing my street art thing a few years back and along the way more and more friends started joining in. Our core group are three guys but we’re surrounded with a whole group of ‘helpers’.

Clarence Seedorf, one of Holland’s most successful soccer players of all time, what does he mean to you?
Clarence is our hero! Just like some of the members of our group, he’s from Almere (a town 30 minutes away from Amsterdam) and he’s the greatest Dutch soccer player of all time. He’s been written off as a soccer player much like Almere has been written off like a city, so we feel connected to him. The name Kamp Seedorf is derived from former army base Kazerne Seedorf and soccer player Clarence Seedorf. The name has a raw edge to it and Clarence is our hero, so the combination was perfect.

Beside famous soccer players, you also paste up iconic characters like Donald Duck, Slick Rick, Pluto…. what are Kamp Seedorf’s ingredients?
It’s an emotive thing, and hard to explain in words. It could be anything from a person to a thing (e.g. hamburger) just as long as we think it’s dope. Mostly we do colourful characters that make us laugh. The beauty is that it triggers the passer-by to smile, or get angry for that matter.. that’s fine as well as long as it triggers an emotion, nothing more nothing less. 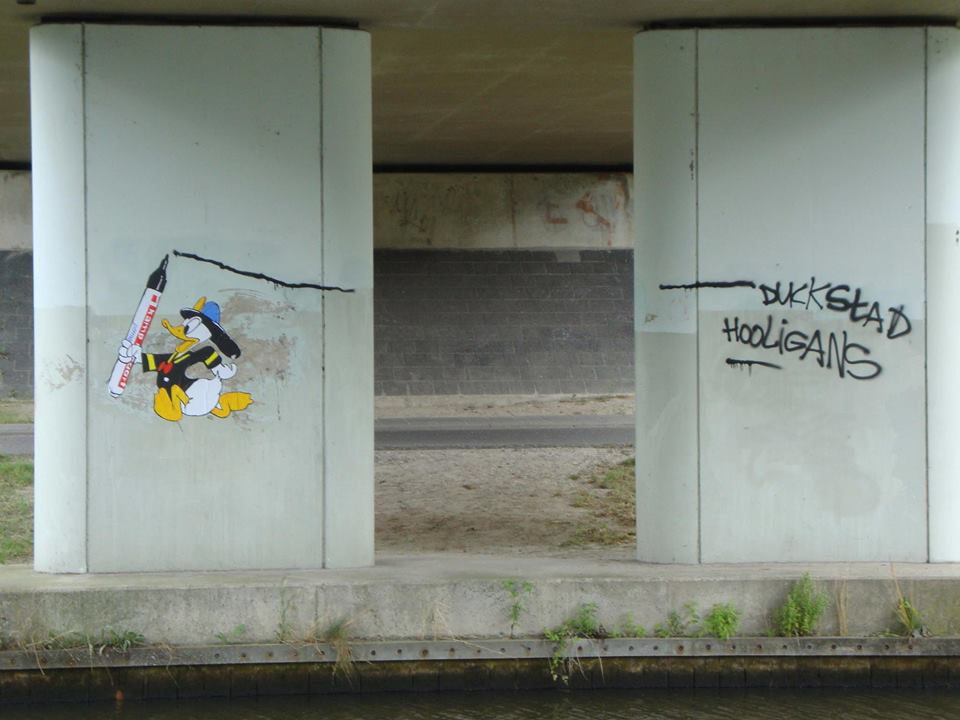 British football magazine 4-4-2 named you the “Banksy with balls”, great compliment.
Absolutely! We think Banksy is ace. That openings track “Tonight the street are ours” from his movie ‘Exit through the giftshop’ is one of our motivational tracks. One of our members plays this every time we go hit the streets with our set of art works.

Banksy makes quite political and social statements with his art. Is that also a theme for Kamp Seedorf?
Nooo, far from it. Kamp Seedorf comes as it is, as unpretentious as possible. We let the other artists do the finger pointing, we just wanna make cool stuff. It doesn’t have to come with a deep layer or cryptic message.

Who are your other street-art idols we should know about?
Amsterdam based artists like DELTA and HIGH are our role models. On a global level BNE is the king.

Has Clarence Seedorf ever commented on your work?
Via Simon Zwartkruis (author of Seedorf’s biography) we heard he digs our work and said to be ‘proud’. A great compliment for us of course!

The Edding marker is your trademark. Interesting choice…
Edding has always been a brand without really being a brand. It’s bigger than that and something we can relate to. I used to think Edding markers were meant for graffiti. I had no idea it was an office marker. 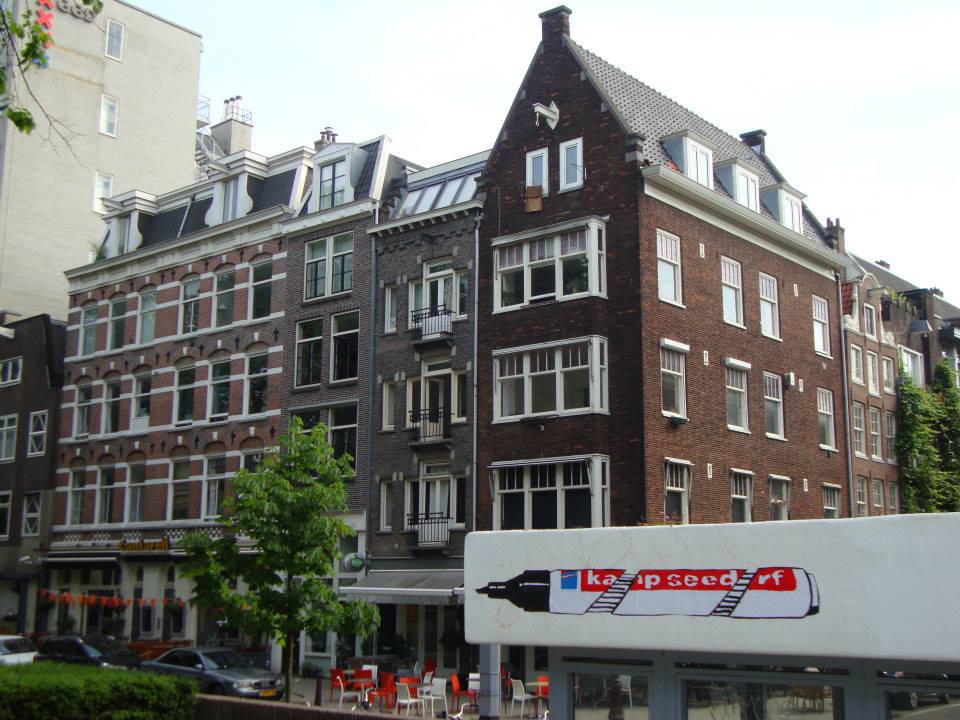 What’s you ambition? World domination perhaps?
Initially we used to say we’re ambitionless, we thought it would be too pretentious. But to frank I think we have to adjust that point of view. I can say our ambition is to do as much cool stuff as possible with the minimum amount of concessions.

I’ve always had a fascination for masked men. Are the masked men from Kamp Seedorf more like the avengers or more like the villains united?
Hahaha, the masks primarily have a practical purpose. We prefer to stay anonymous as each one of us has a 'normal' day-to-day job. Not everyone can appreciate what we do. To be honest… we enjoy the disguised dress ups [laughing]. We’re not your average type of people and we actually have one woman on board, so it’s not just masked men. 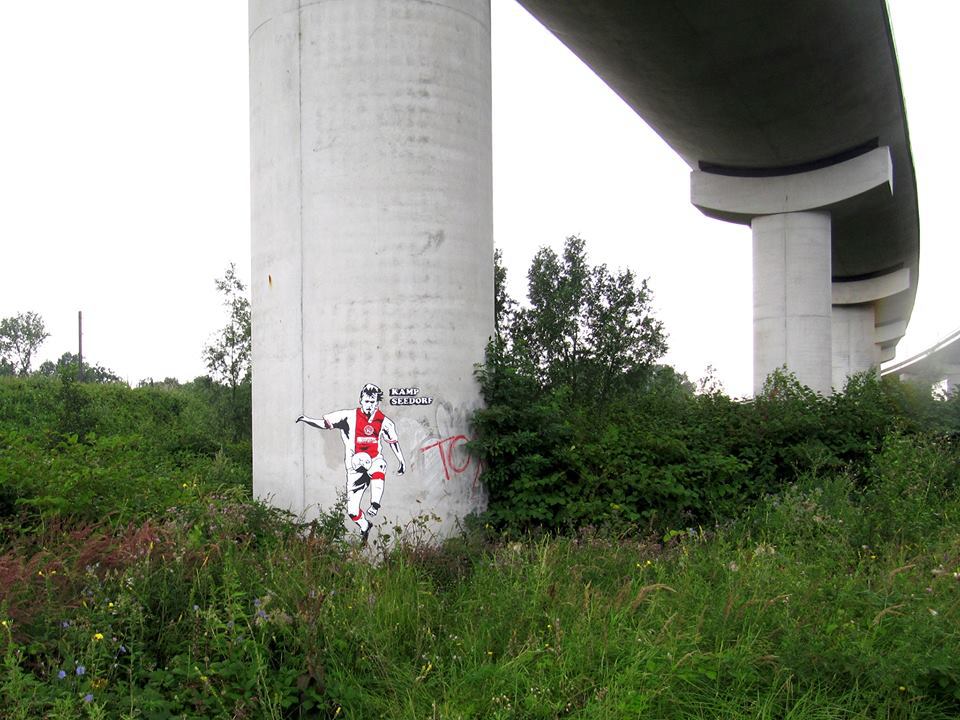 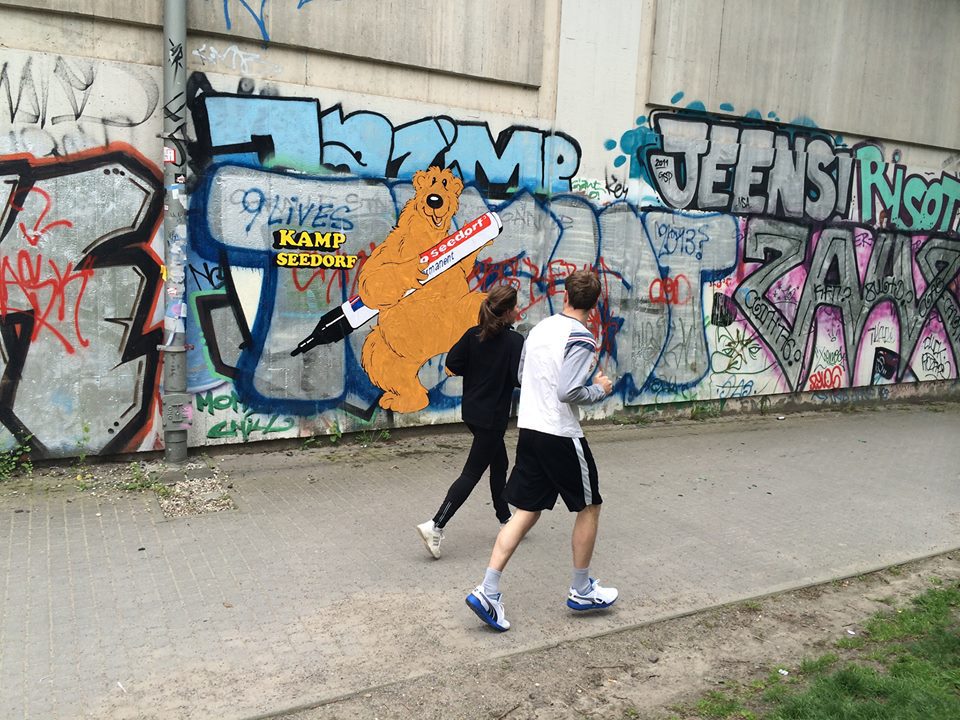 So when the masks are down, in which bar or café could we sneak up on you?
We’re big fans of typical Dutch ‘brown bars’, you could find us at Café ‘t Loosje, Café Pleinzicht, Café ‘t Spuitje!

Lastly, what does Amsterdam mean to you in terms of street art culture?
Amsterdam is beautiful, don’t get me wrong, but it’s kind of a sleeping tourist city. The center is way too neat. Some of the Amsterdam suburbs are still very nice, but it's becoming uniformly dull. If it was up to Kamp Seedorf there would be more spraying on the streets, more tagging and pasting. Just to quote some old graffiti wisdom…

"Make your mark on society, not in society. Knowledge!" 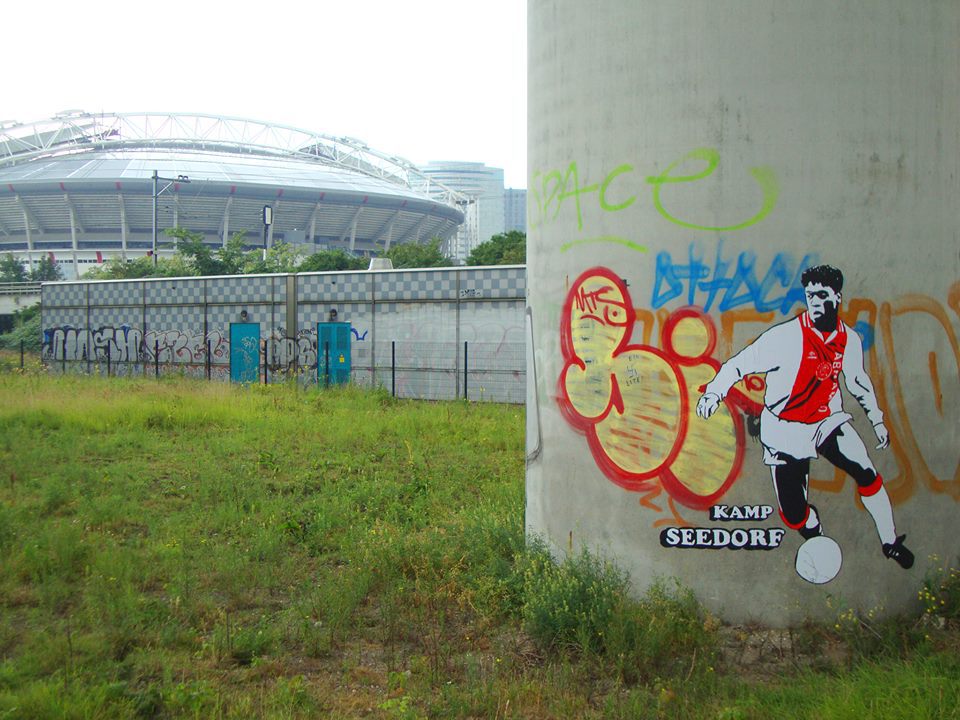 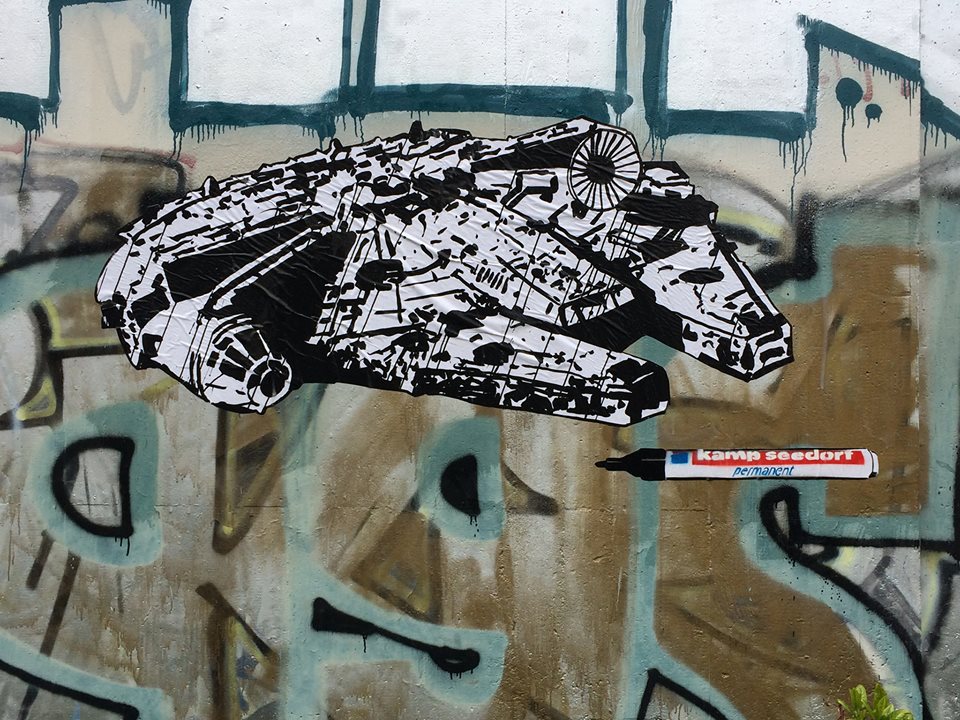 Thank you Clyde for giving us a peek into Kamp Seedorf. Check out Kamp Seedorf on their Facebook to stay in the loop of merchandise, exhibitions and more. And stay tuned for an exclusive Kamp Seedorf giveaway on Citinerary!